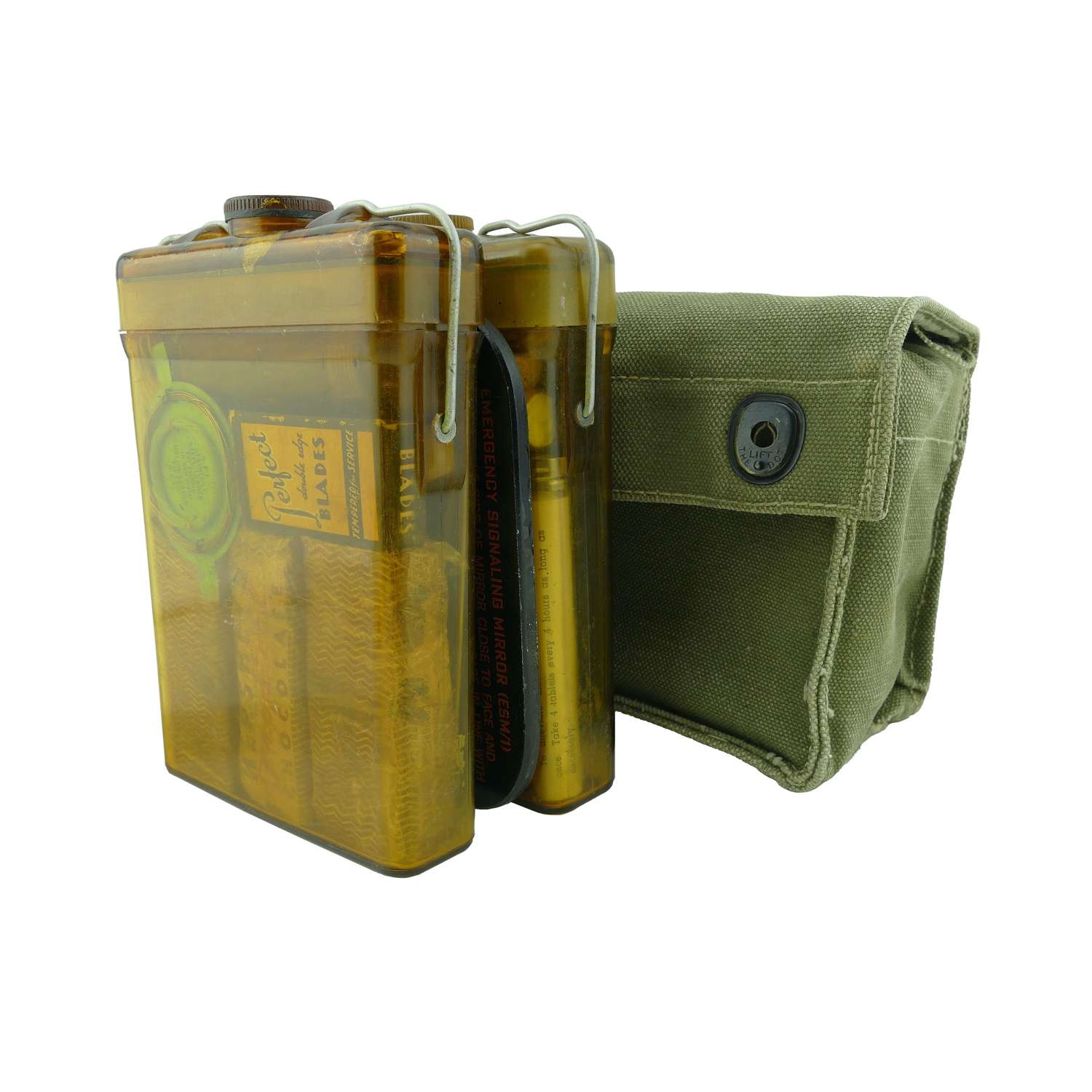 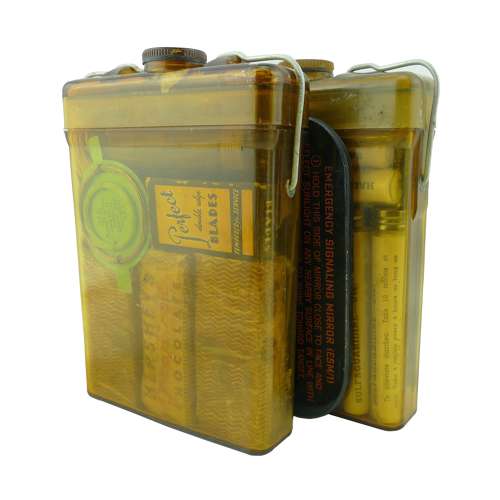 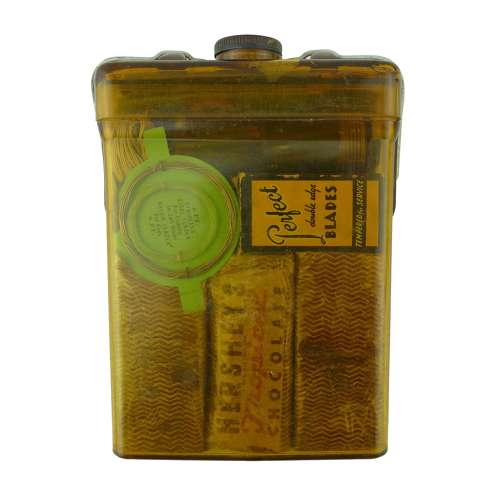 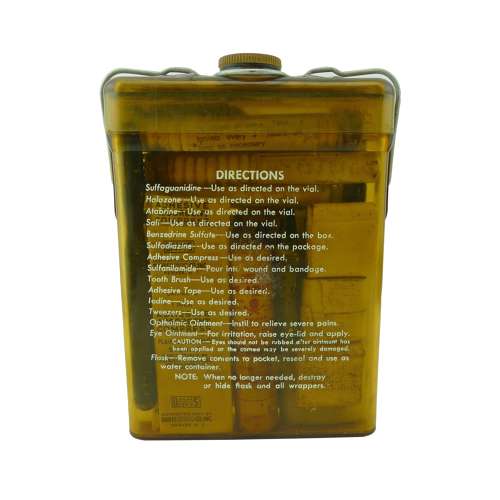 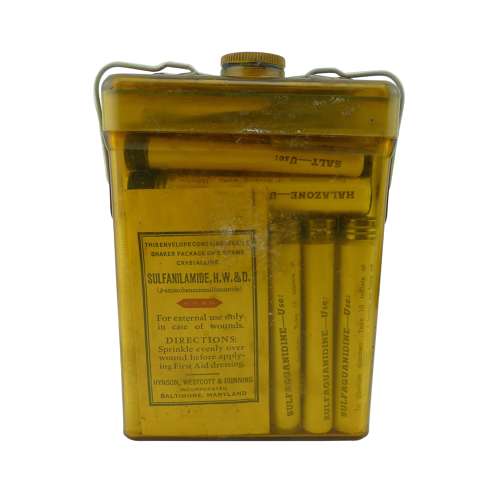 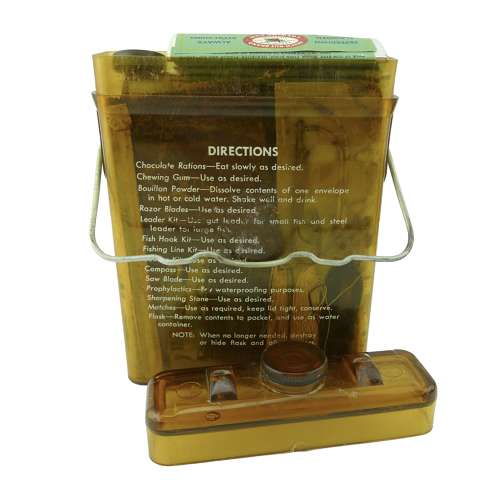 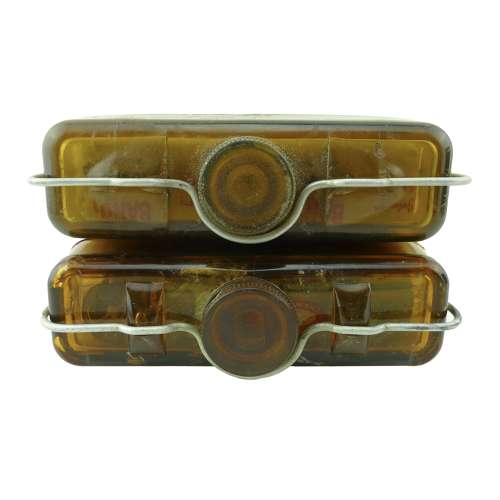 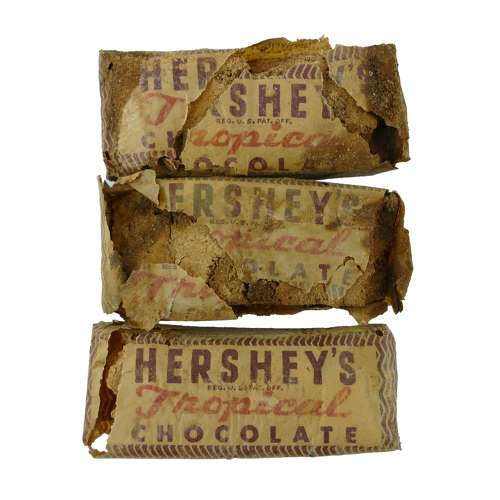 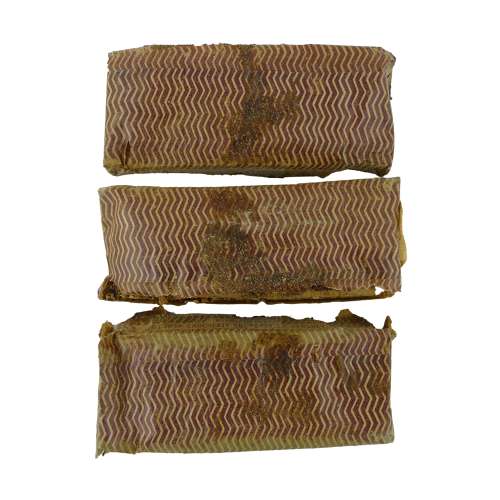 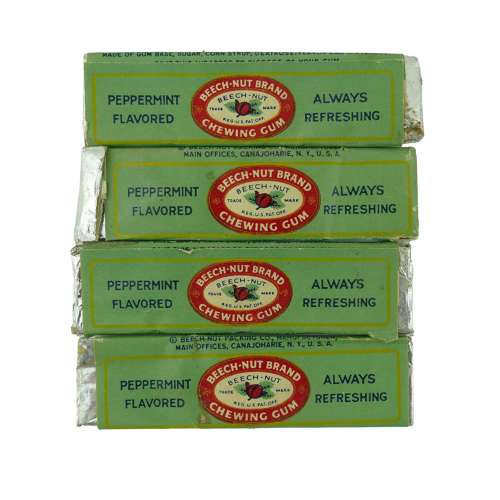 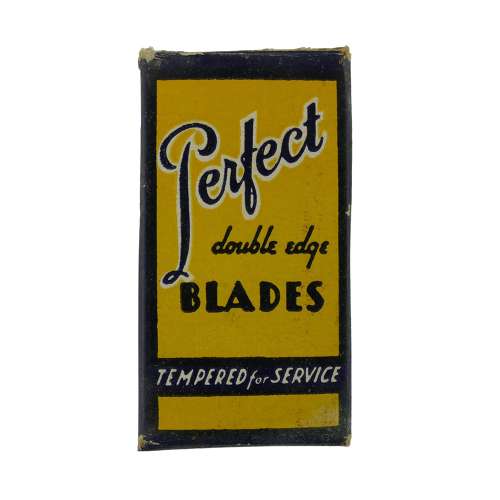 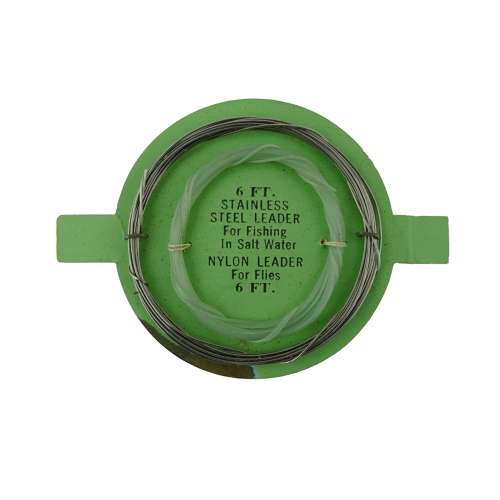 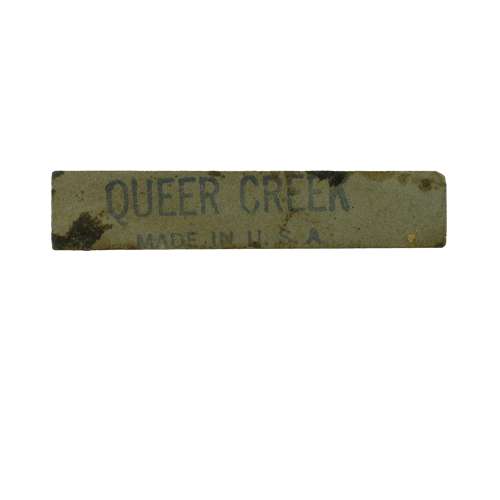 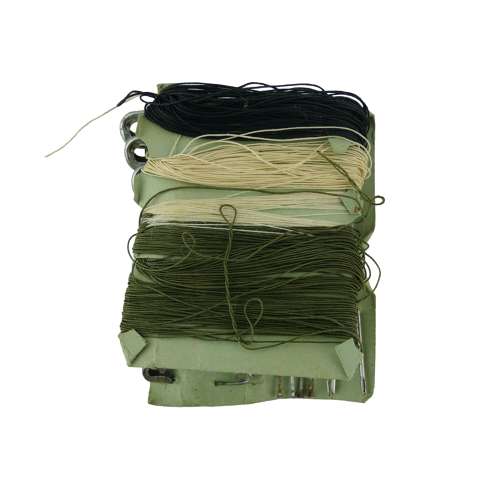 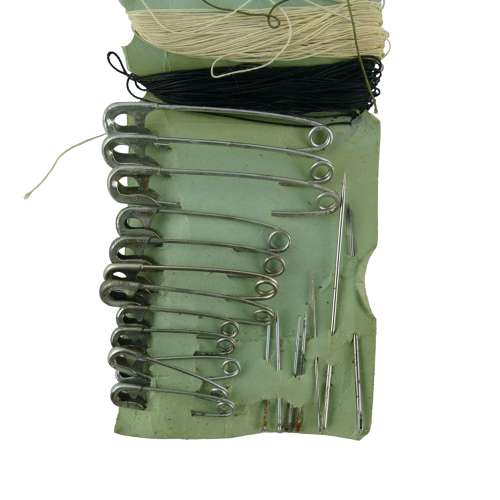 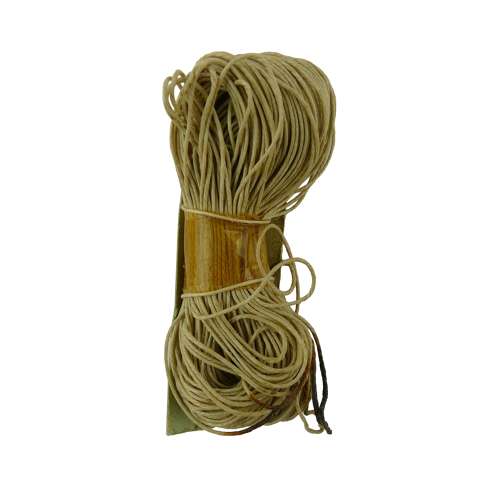 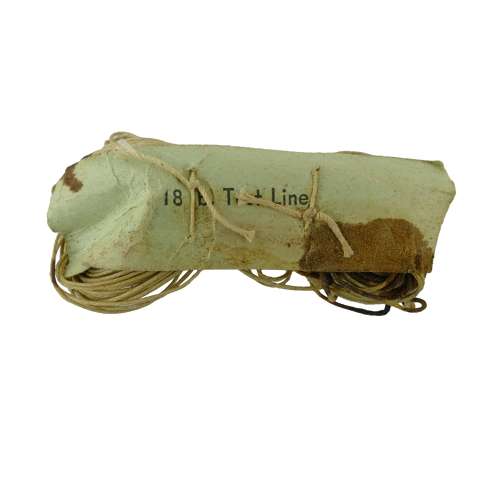 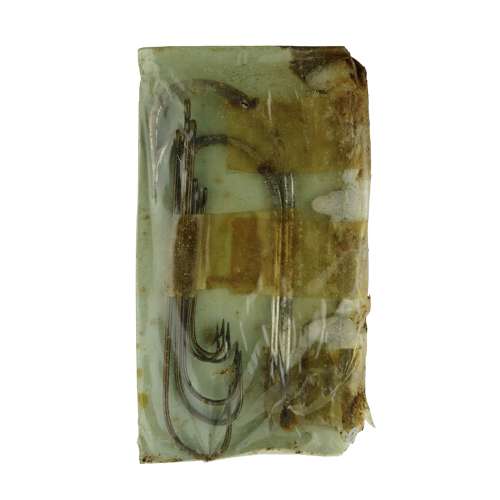 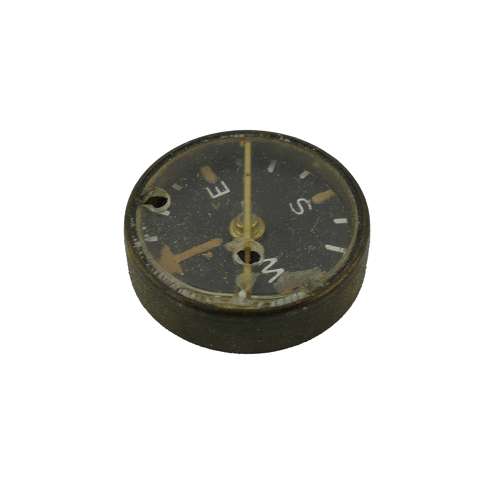 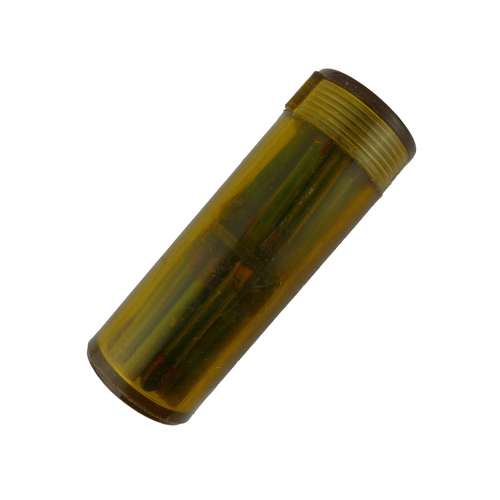 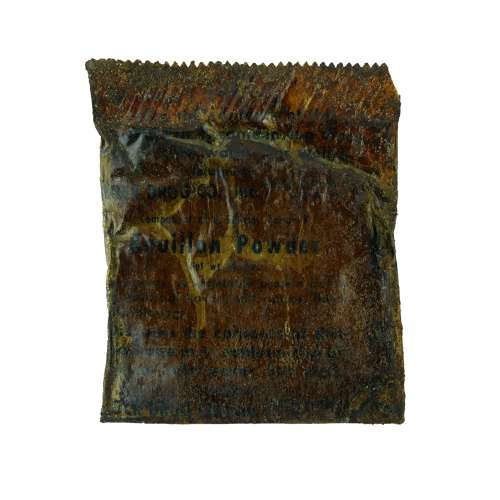 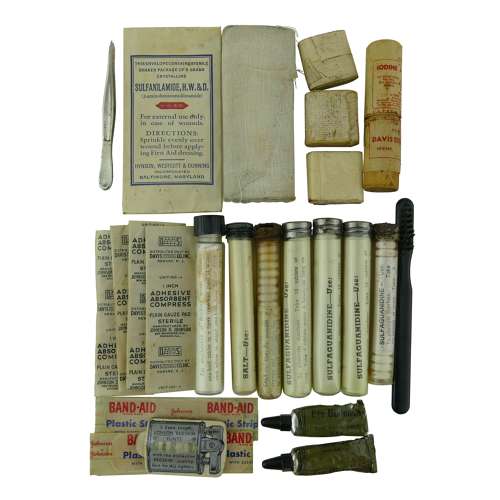 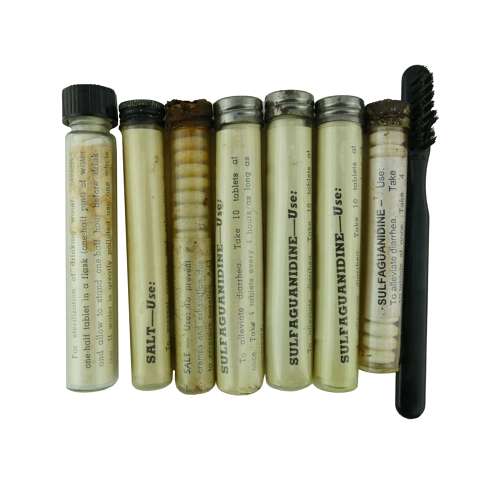 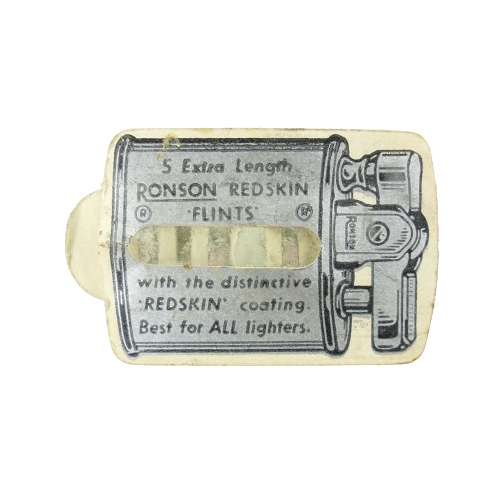 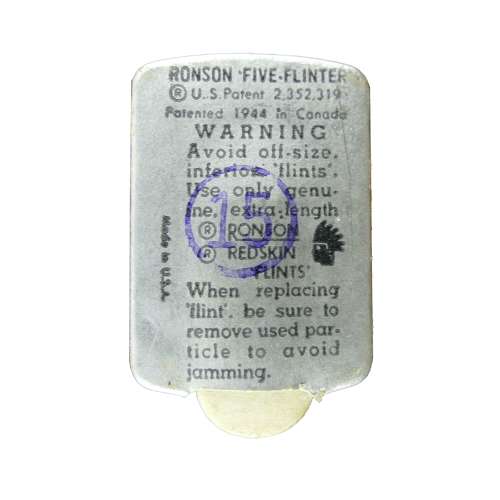 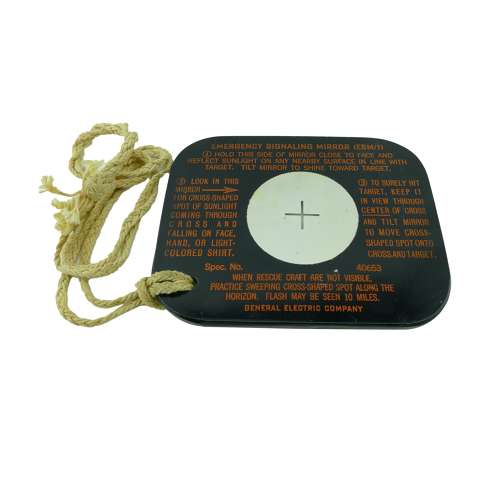 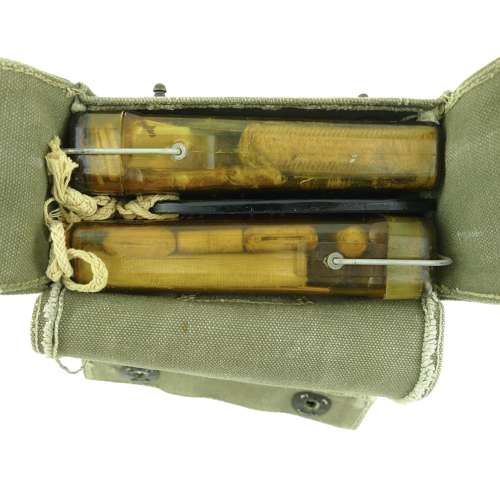 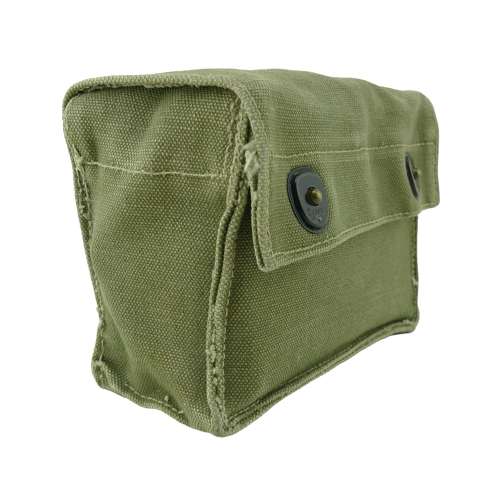 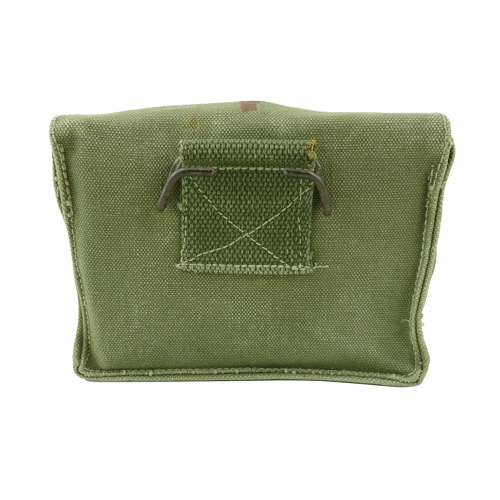 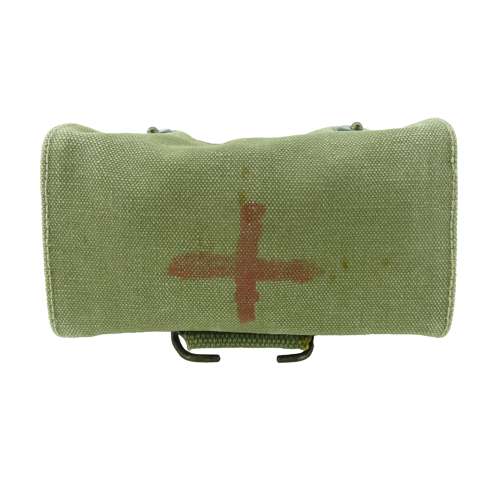 Kit, Emergency Sustenance, Type E-17.  Known as a 'personal aids' kit, this contained escape and evasion equipment and food in two separate waterproof semi-transparent ethyl cellulose plastic flasks, each with a removable lid secured with a wire bail locking system.  A screw cap was also incorporated into the lid.  The flasks were designed to fit into a small olive drab canvas container separated by an Emergency Signalling Mirror/1 signal mirror (ESM/1).  A list of the components and directions for use is printed on the side of each container.  These are first-generation flasks supplied by Sears and Roebuck.  Contents were broadly packed in two categories - 'general' and 'medical'.  The former contains 3 x bars of Hershey's chocolate; bouillon powder; chewing gum; a pack of razor blades; fishing hooks and line; leader; a small compass; sewing kit; hacksaw blade; sharpening stone; matches in a cylindrical plastic case and condoms (the latter absent from the flask).  We have carefully removed the contents of the flask and most appear to be very good.  The chocolate has hardened and started to crumble with some loss of wrapper and content.  To contain and prevent further loss, we have wrapped each bar in cling film.  This non-invasive covering can of course be removed at any point.  The bouillon powder packet has discoloured but everything else is good.
The medical kit contains phials of sulfanguanidine, halazone water purification tablets and salt tablets; adhesive compress; sulfanilimide; a tooth brush; adhesive tape; iodine; tweezers and eye ointment.  There should also be Atabrine, Benzedrine and Sulfadiazine tablets but these are absent.  The contents are generally quite good.  There is corrosion to a couple of the lids and tweezers and the iodine has been used.  This flask also contains a pack of Ronson lighter flints dated 1944.
Both flasks have some wear, discolouration and minor distortion but remain in very good overall condition.  The ESM/1 mirror,  by General Electric,  has some wear and scratching but is in very good overall condition.  The olive drab No.4 canvas container was also supplied by Sears and Roebuck and is of early production having the M-1910 belt hook but not the later belt loops.  This is marked with a hand-painted red cross to the top and is in excellent overall condition.  A really good near complete example of this scarce survival item.  Stock code S22926.