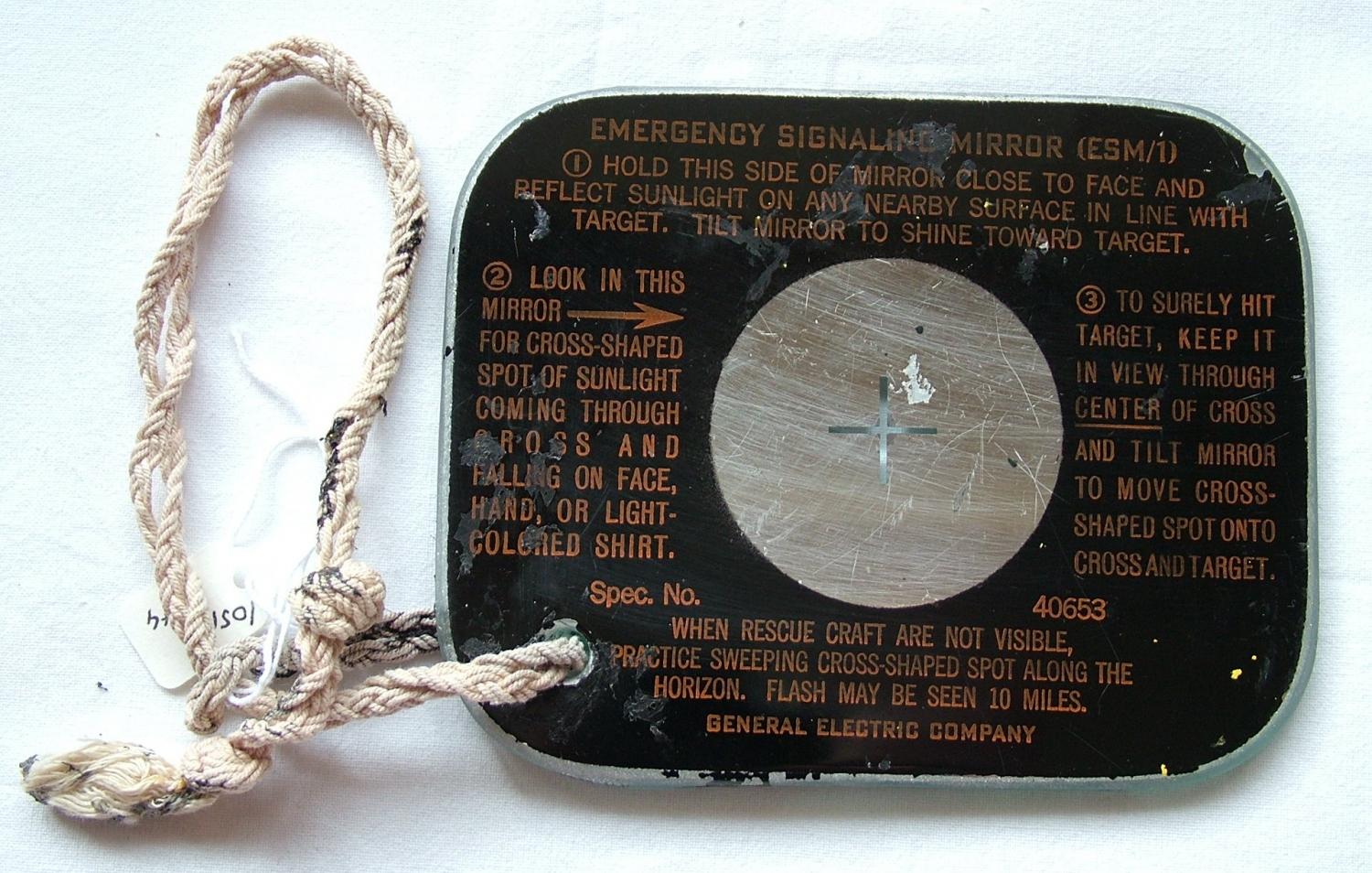 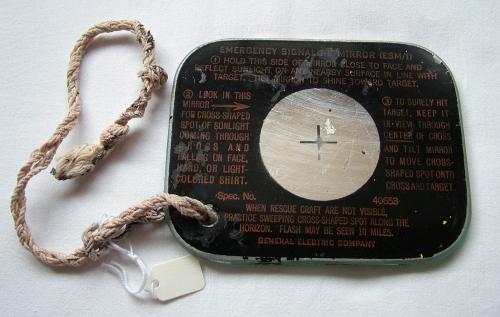 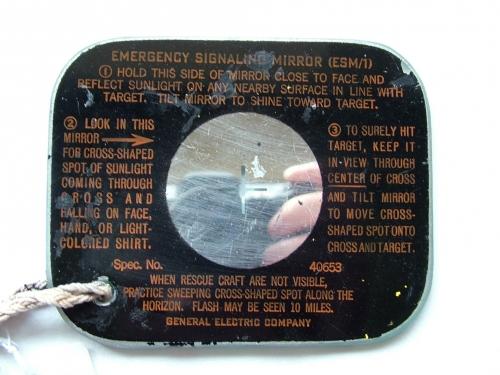 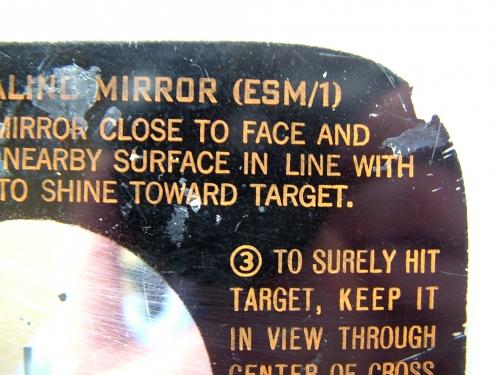 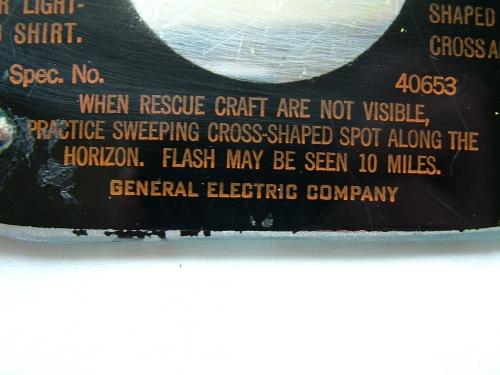 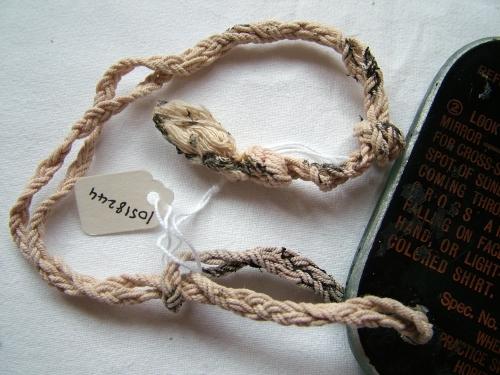 By the General Electric Co. Approx. 12.5 x 10cms. Mirrored glass with centre sighting cross and instructions for use printed to one side. With attached cord lanyard. These were included in several of the life-raft kits, the C-1 survival vest, and the types E-5, E-11 and E-12 emergency kits. Good used condition but has surface wear and scratching etc.

Supplied by us, this mirror was used in the film production 'Adrift - 47 Days With Sharks!' - the true story of 2 AAF airman (Louis Zamperini & Russell Phillips) who crashed into the pacific ocean in May 1943. They survived for 47 days adrift in a survival dinghy encountering thousands of miles of open ocean, sharks, thirst, hunger, strafing enemy aircraft and eventually capture by the Japanese Navy. Filming took place off the coast of Malta during May/June this 2012. Stock code S18244.