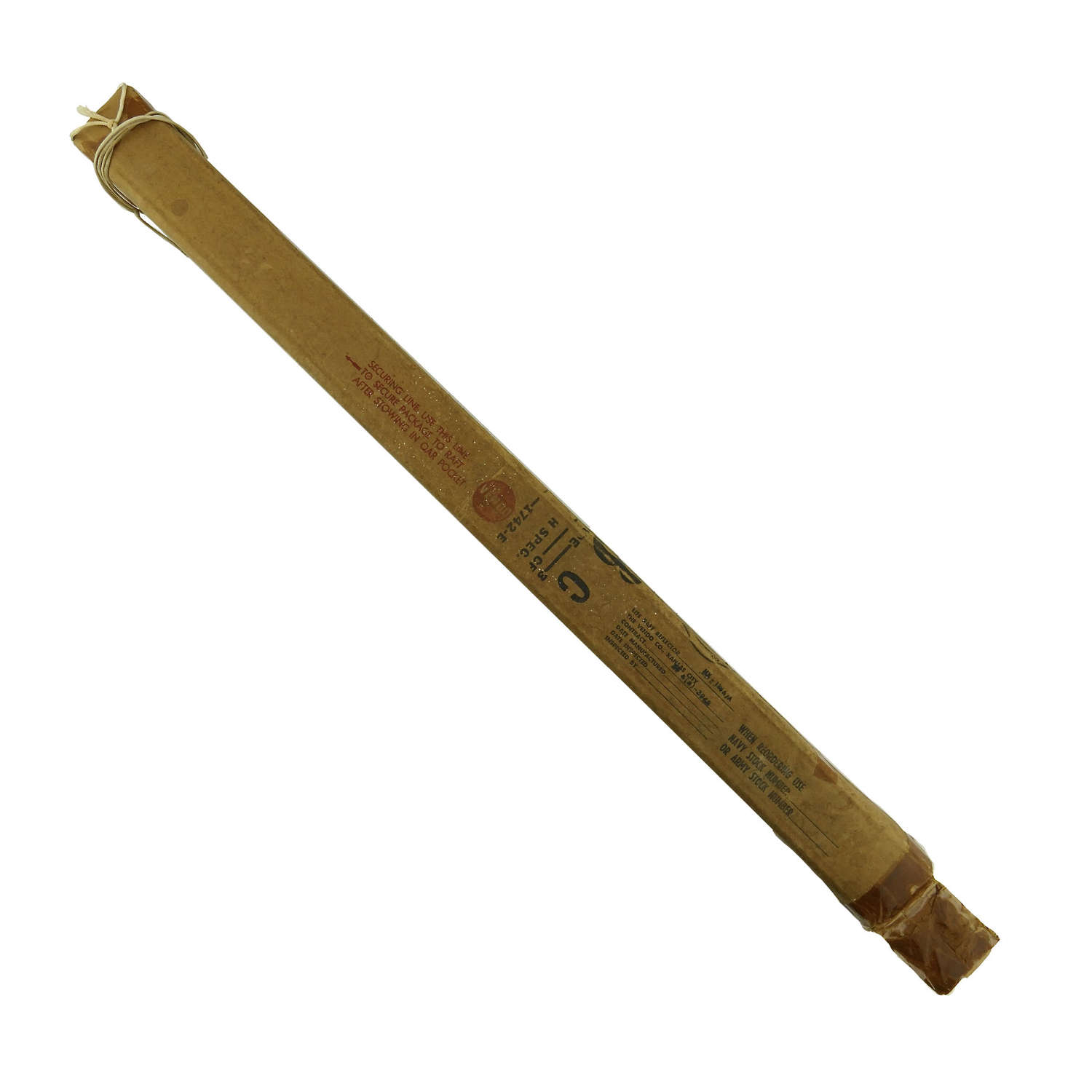 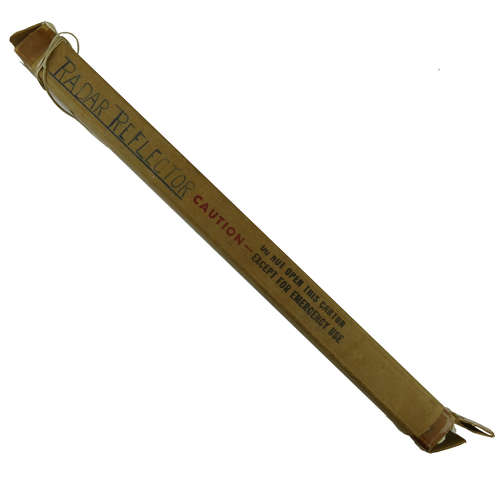 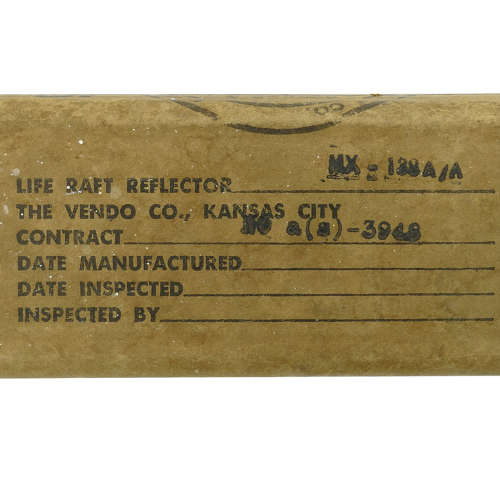 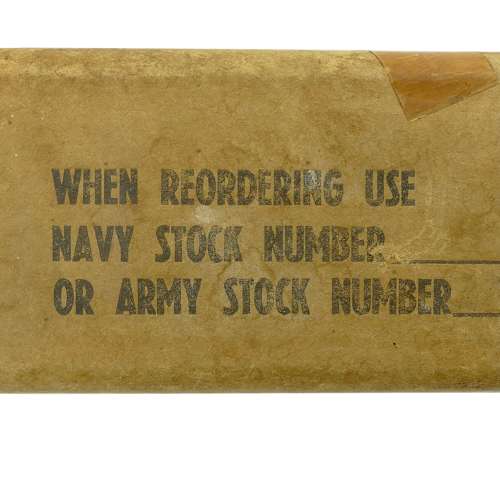 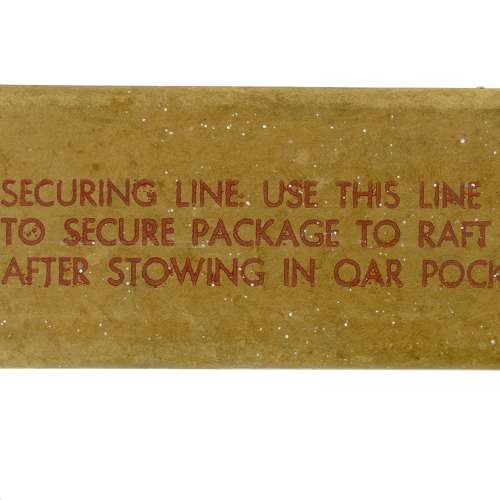 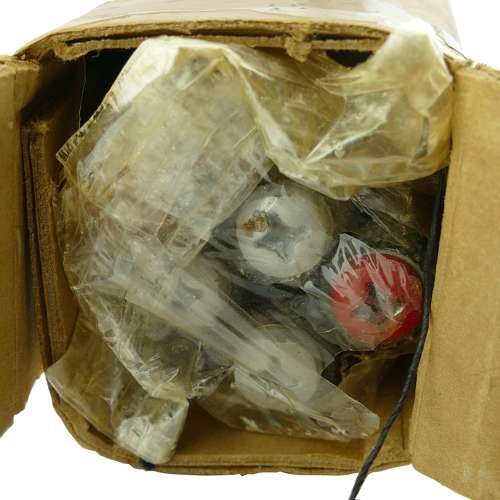 Manufactured by The Vendo Co., Kansas City.  MX-138-A/A. A collapsible radar reflector made out of monel metal mesh fastened to a supporting arm that hinges at the centre or mounting point.  It was designed to mount on the top of an oar placed upright in the dinghy mast step.  When in use the downed airman would erect the reflector to increase the distance at which the life raft could be picked up by radar.  When erected it looks a bit like a broken umbrella!  We have not attempted to remove it from the original packaging and it appears to be wrapped in cellophane within the box.  Assumed to be in unissued condition.  The box is fully marked.  Packed size is approximately  66 x 5 x 5cm.  Stock code M21574.