B+w. 12 x 9cm. Photo showing a crash damaged Spitfire on the deck of HMS Ravager. Ravager was built in the USA in 1942 as an 'Attacker Class' escort carrier. The ship was transferred on loan to the Royal Navy on 26th April 1943. HMS Ravager saw war service in the Atlantic during 1943 with 835 (Wildcat) and 804 (Hellcat) squadrons. Later being used mainly as a deck landing training carrier operating in the North Sea off the coast of Scotland. With official markings to the rear. Stock code P17747A. 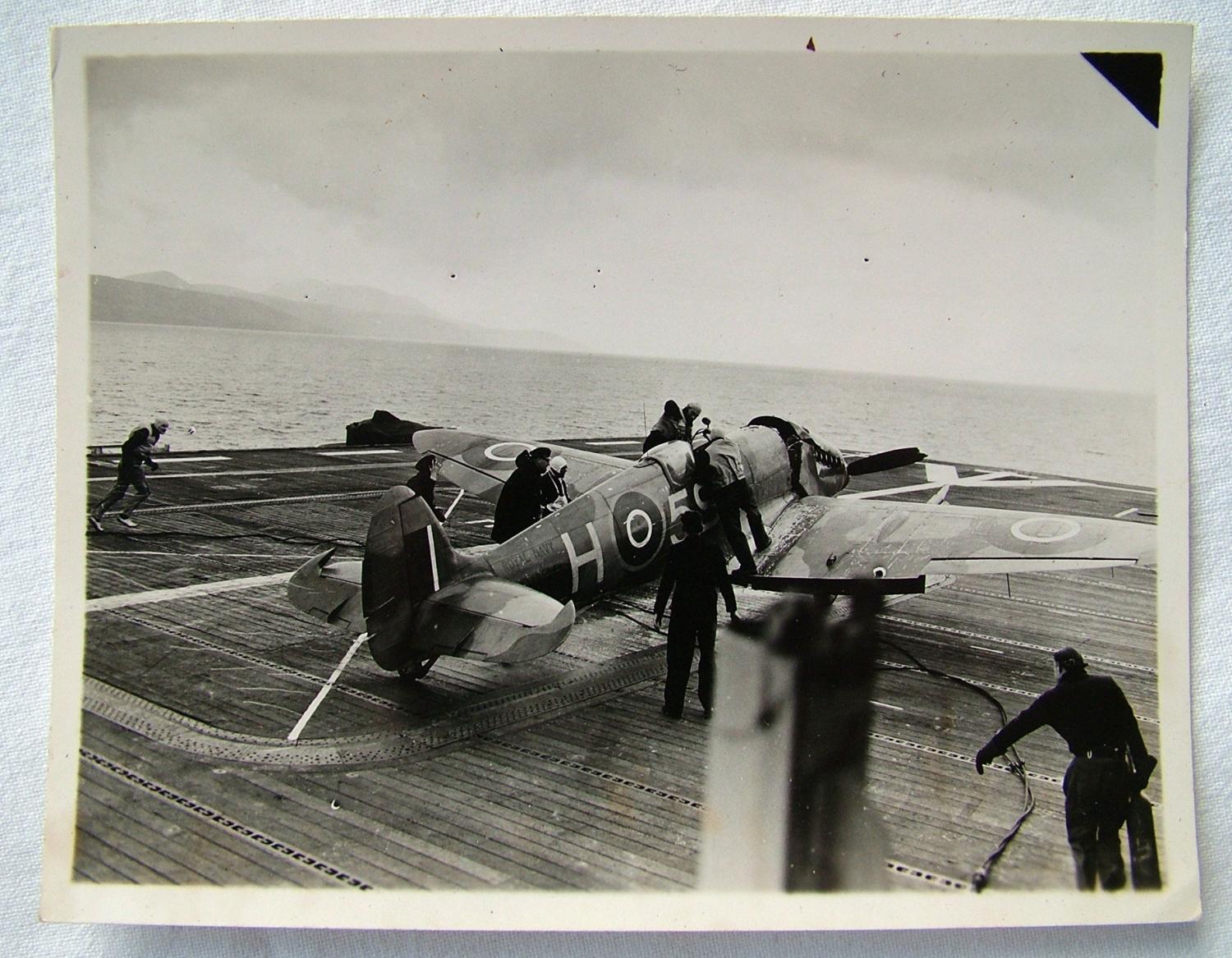 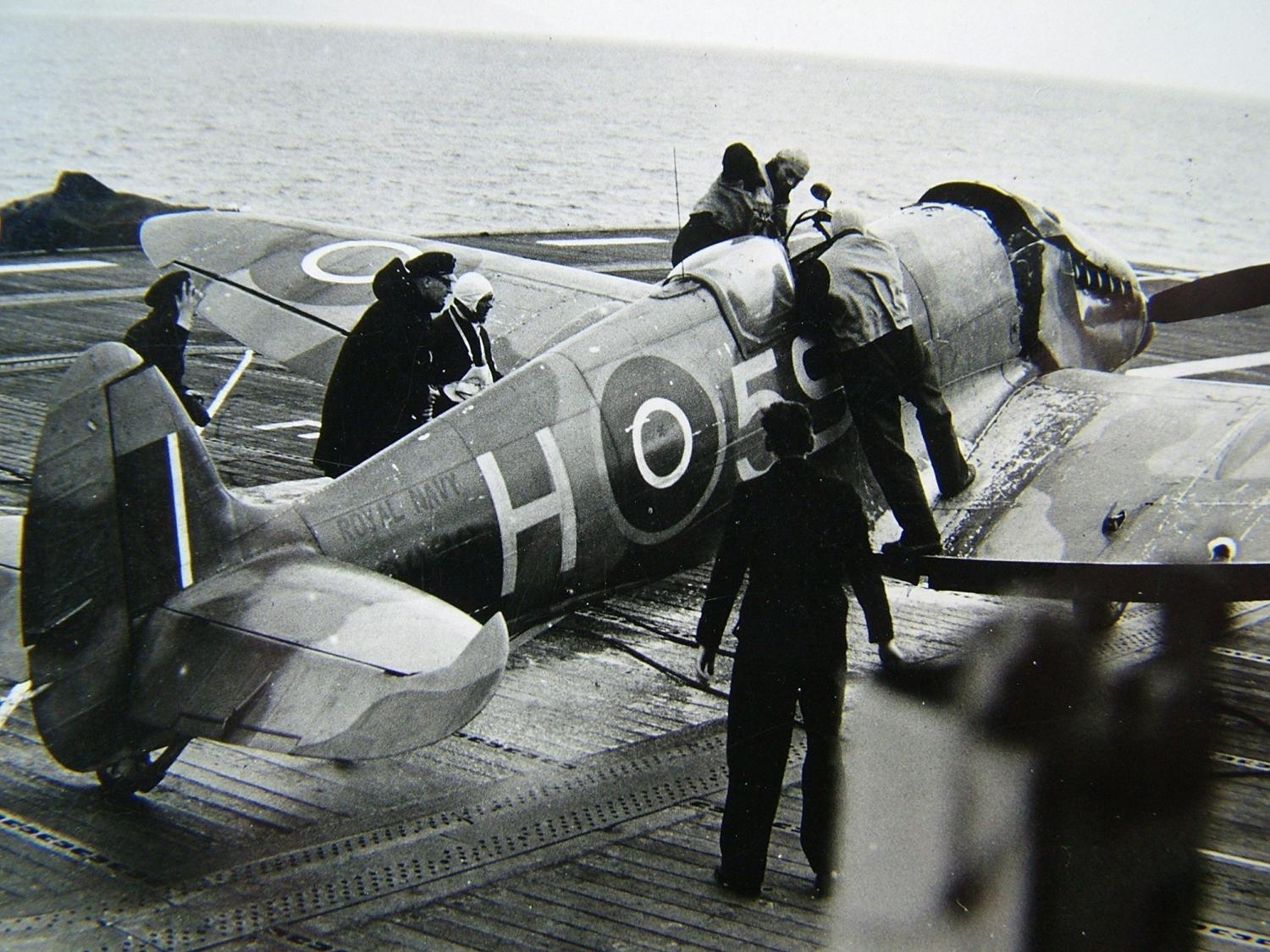 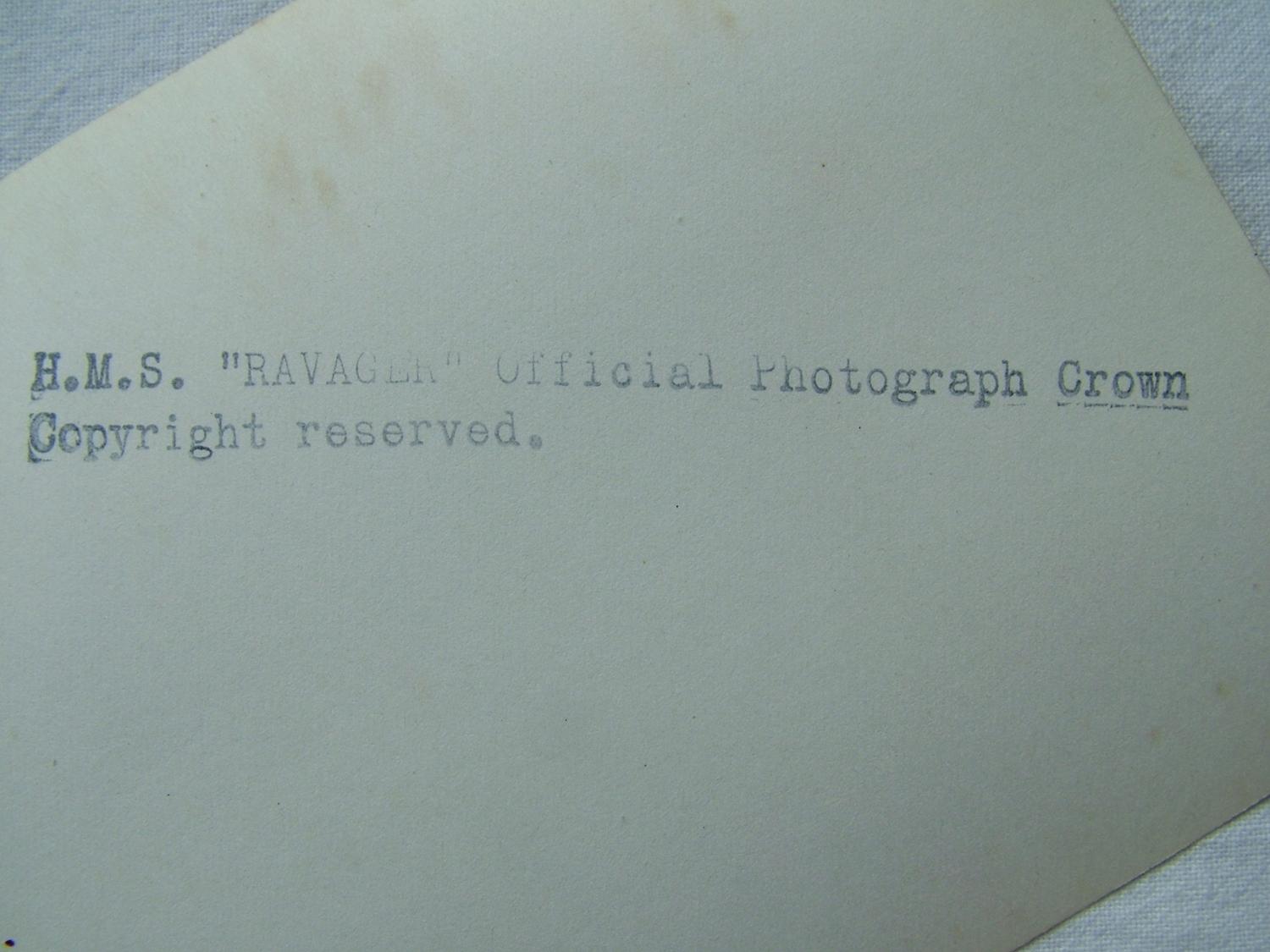