De Vliegende Hollander.  Airdropped propaganda leaflet. For the occupied Dutch these were one of the few ways to get informed about the war. Many of the articles contained in these were reproduced in illegal newspapers and spread by the resistance. De Vliegende Hollander (The Flying Dutchman). No.137, May 1945. Double sided 'aerial newspaper' dropped by allied bombers over Holland and giving information on progress in the war. Headline 'Capitulation of Hamburg & Kiel'. Folded and with creasing and dog-eared edges/small tears etc. Fair '+' condition only. Stock code P16916. 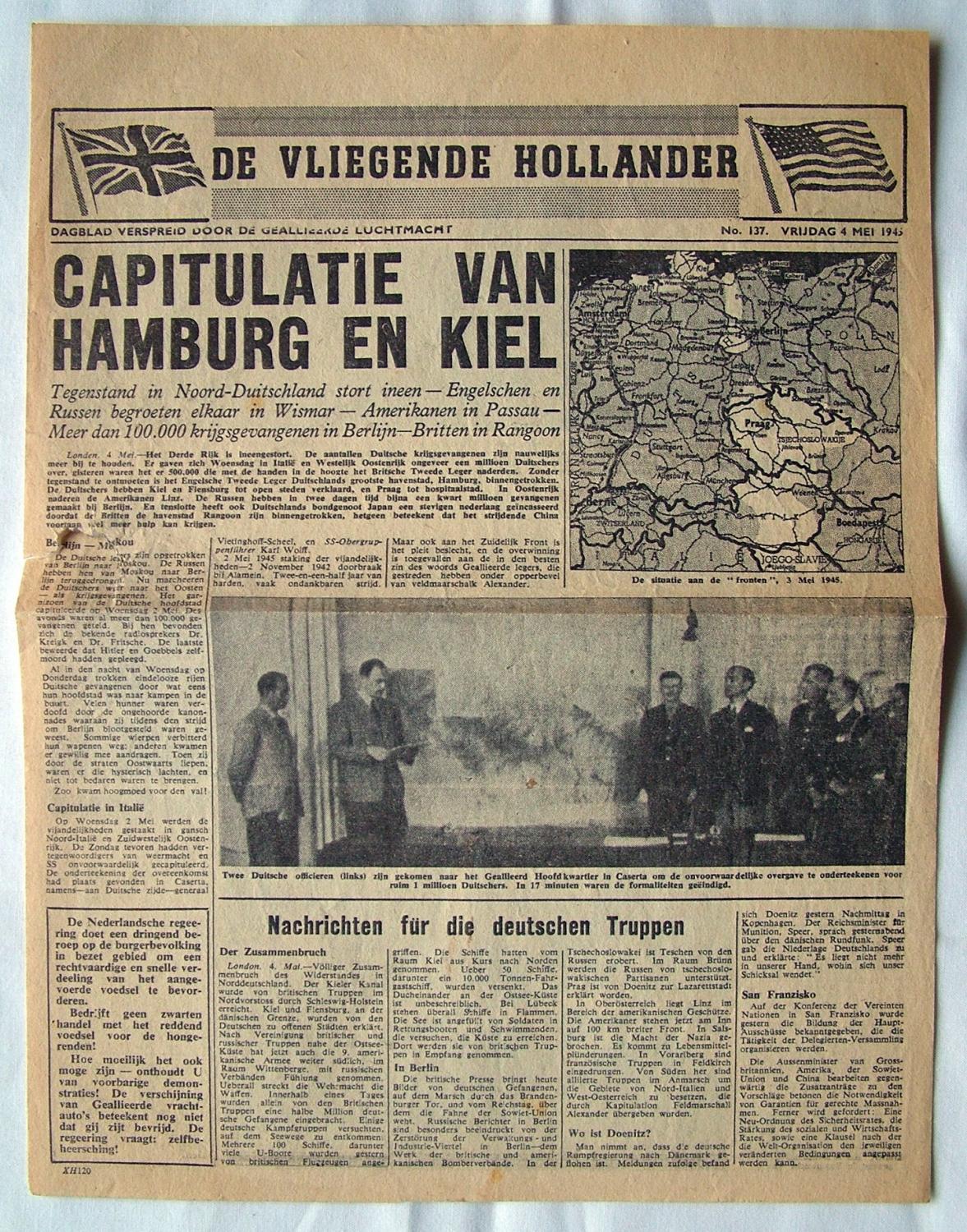 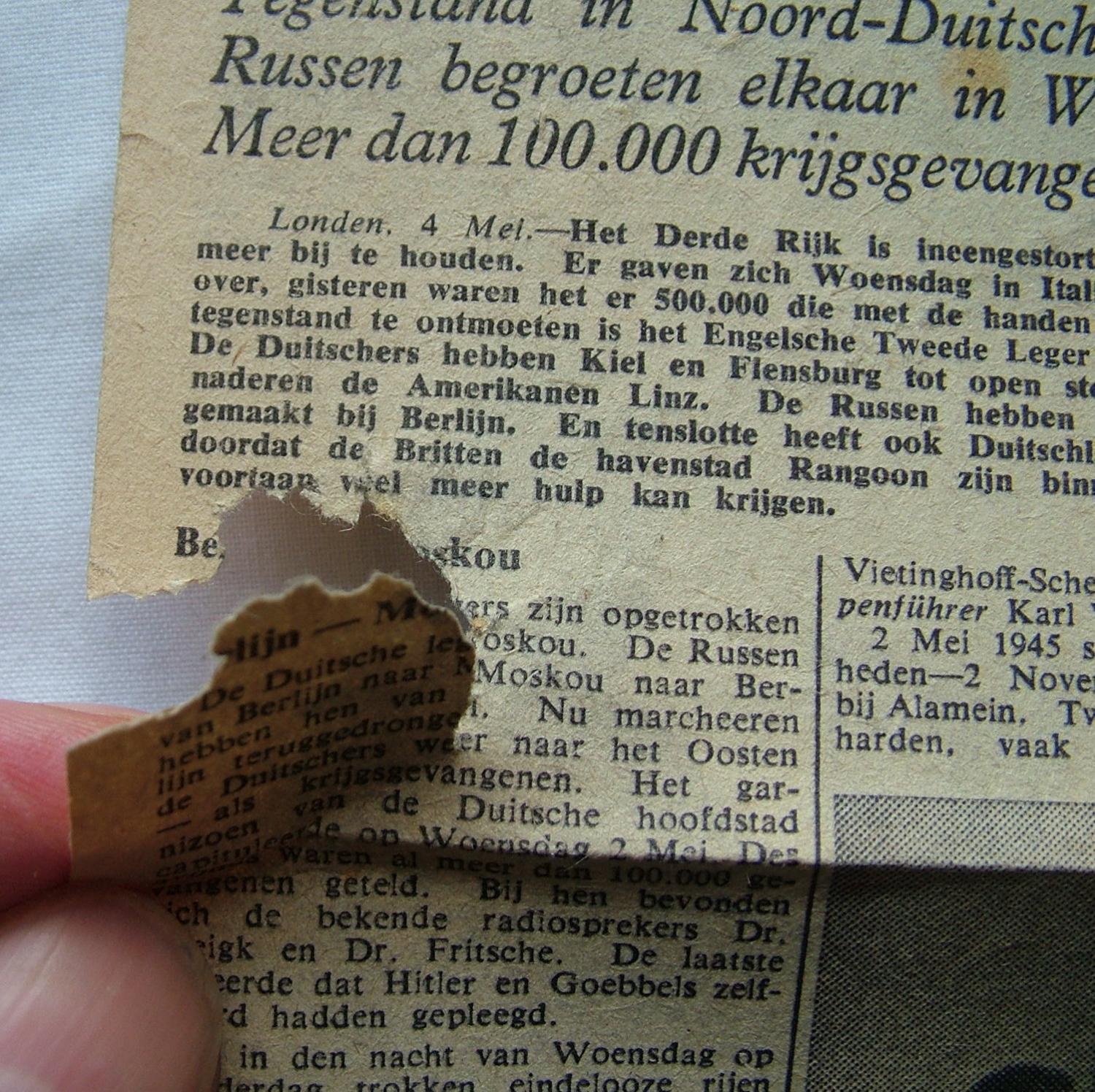 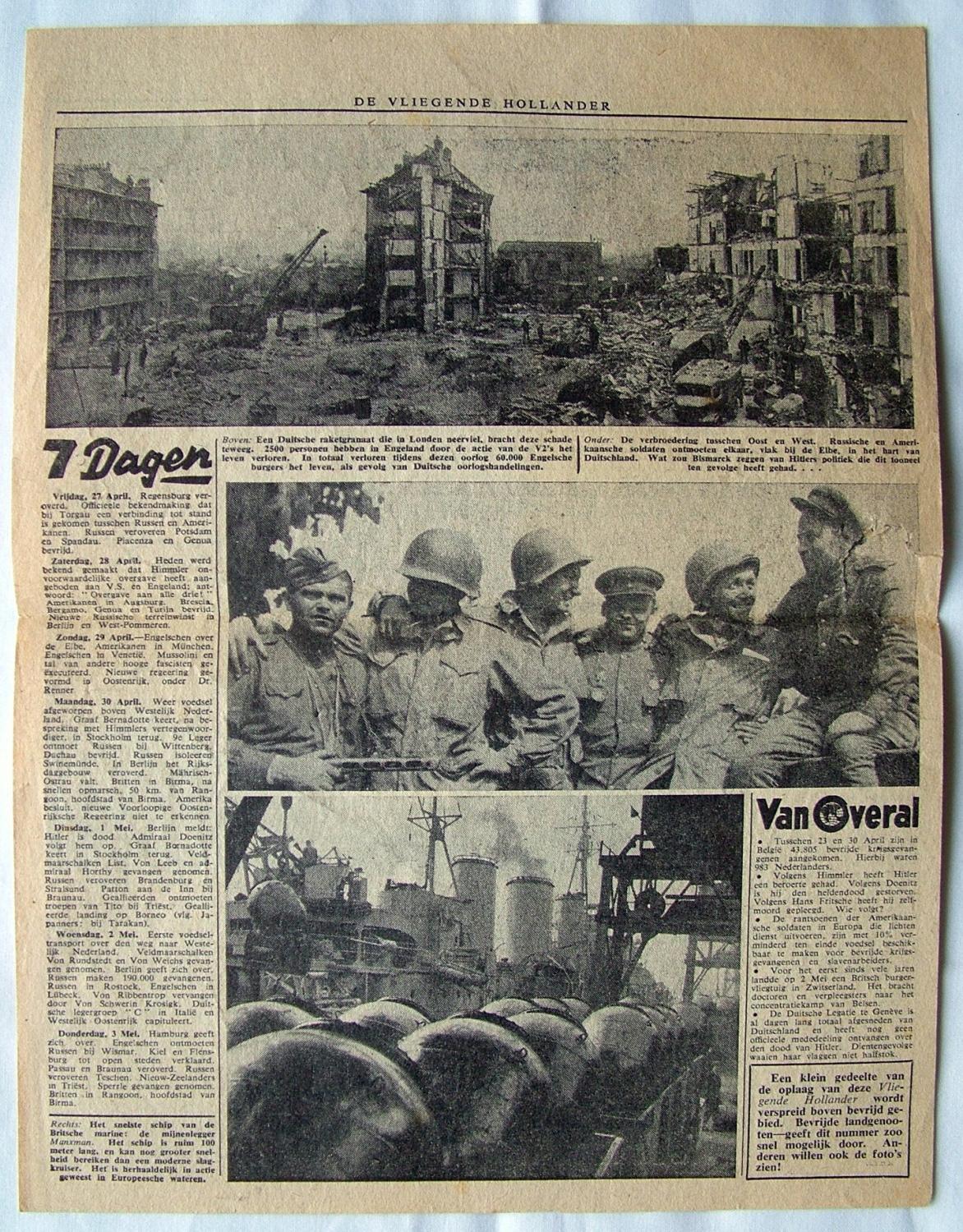