Boeing Airplane Company Photo - P-8185. Approx. 50 x 40cm (20x16"). Printed on thin card. Large format photograph of Boeing's 'New Double-Deck Stratocruiser' in flight. The aircraft first flew in 1947 and is similar in appearance to the B-29 & B-50 Superfortress from which it was developed.

There is creasing, some marking/foxing and edge tears. Fortunately the actual image area is largely good and if a new mount was added this would hide virtually all of the damage. Attached Boeing Aircraft Company Caption. Would look great re-mounted or framed. Stock code P17743. 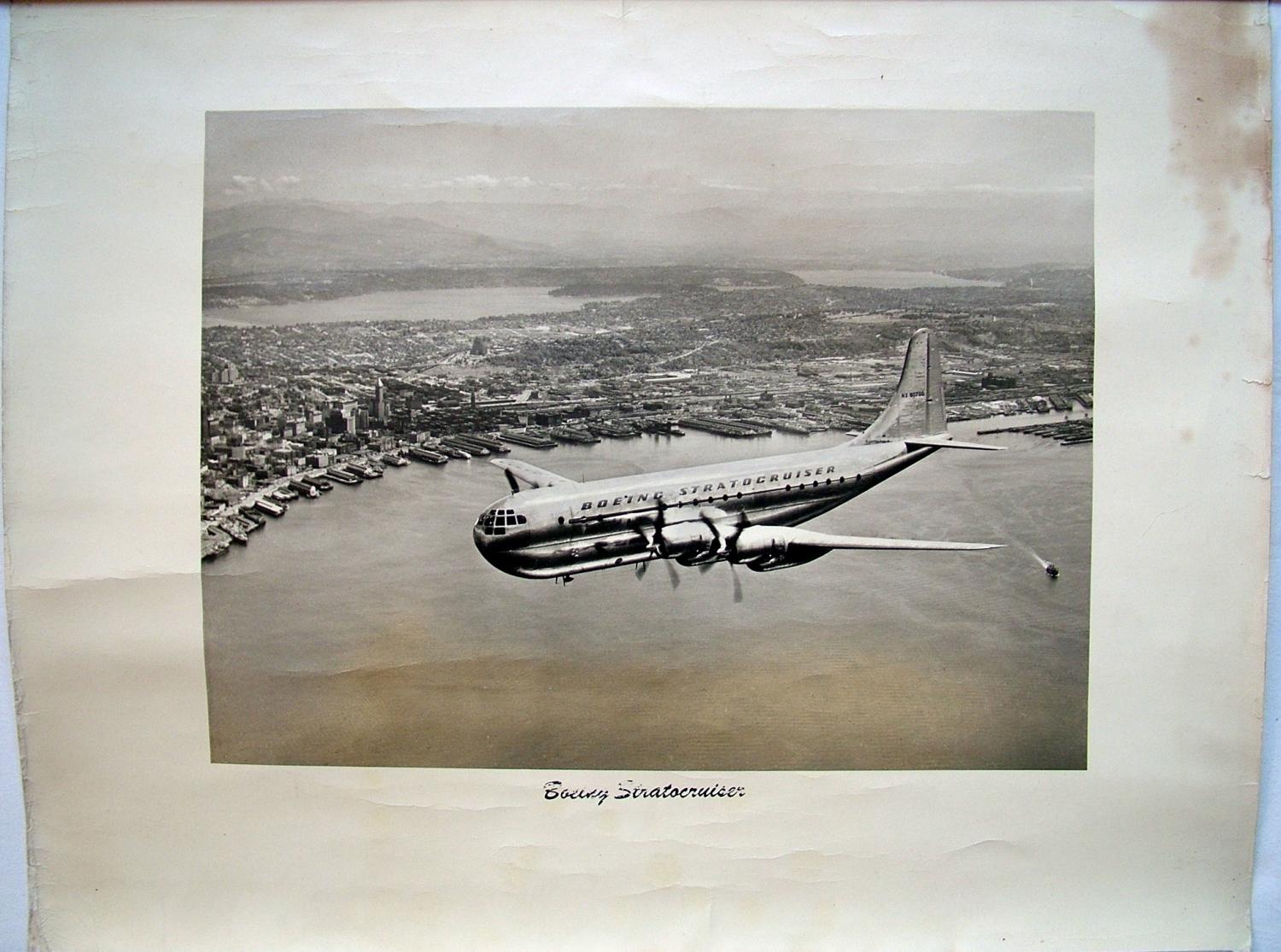 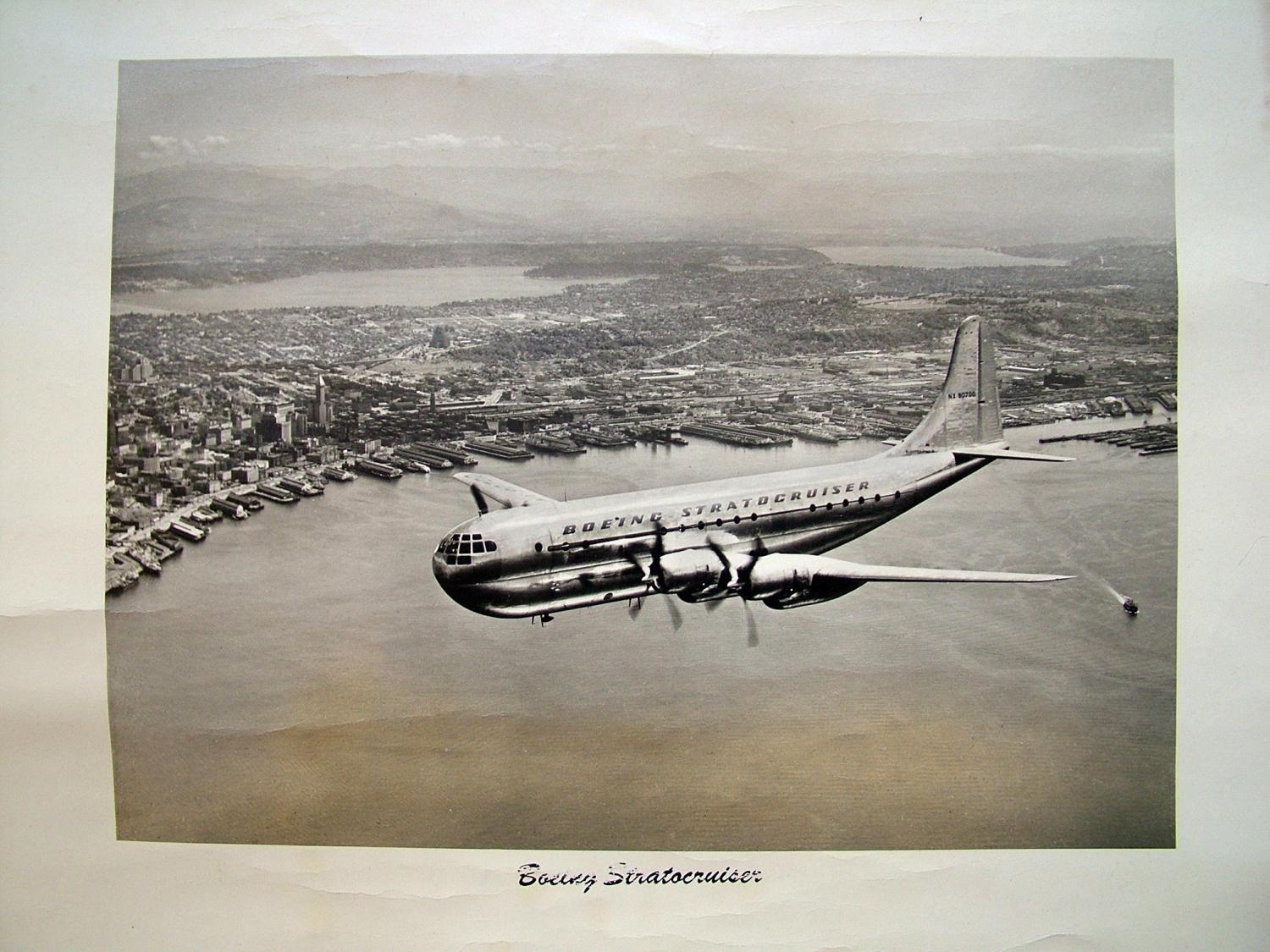 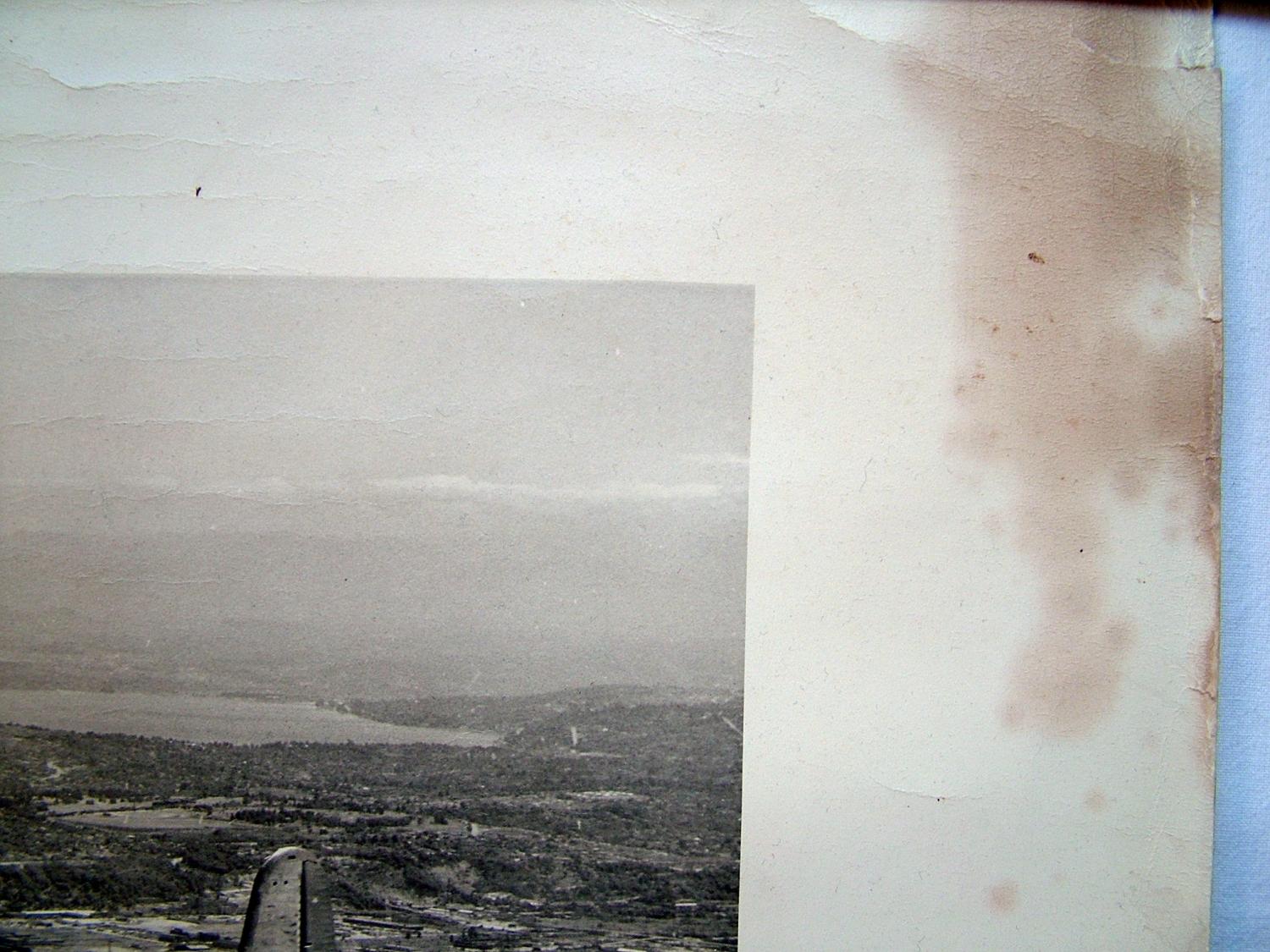 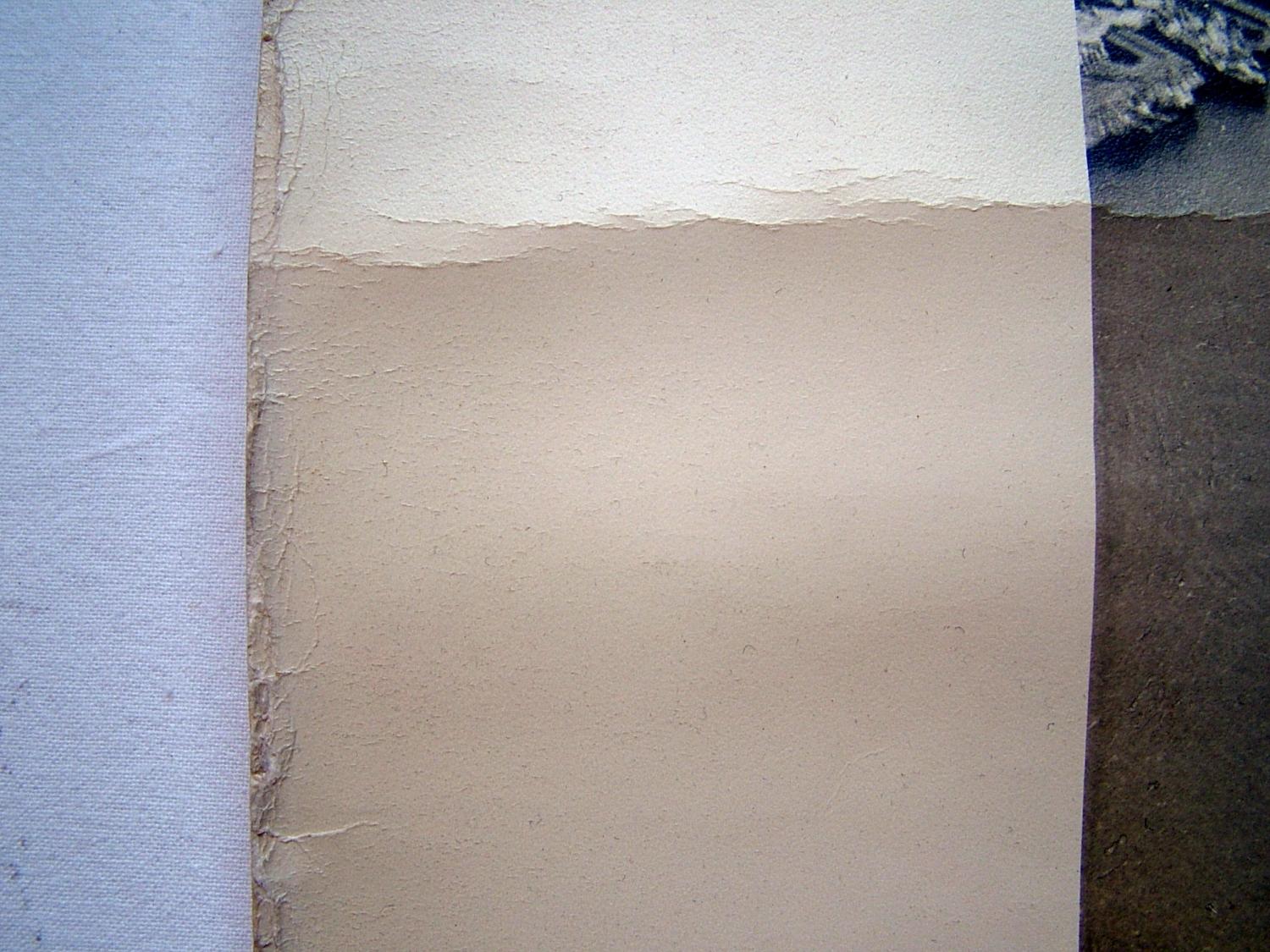 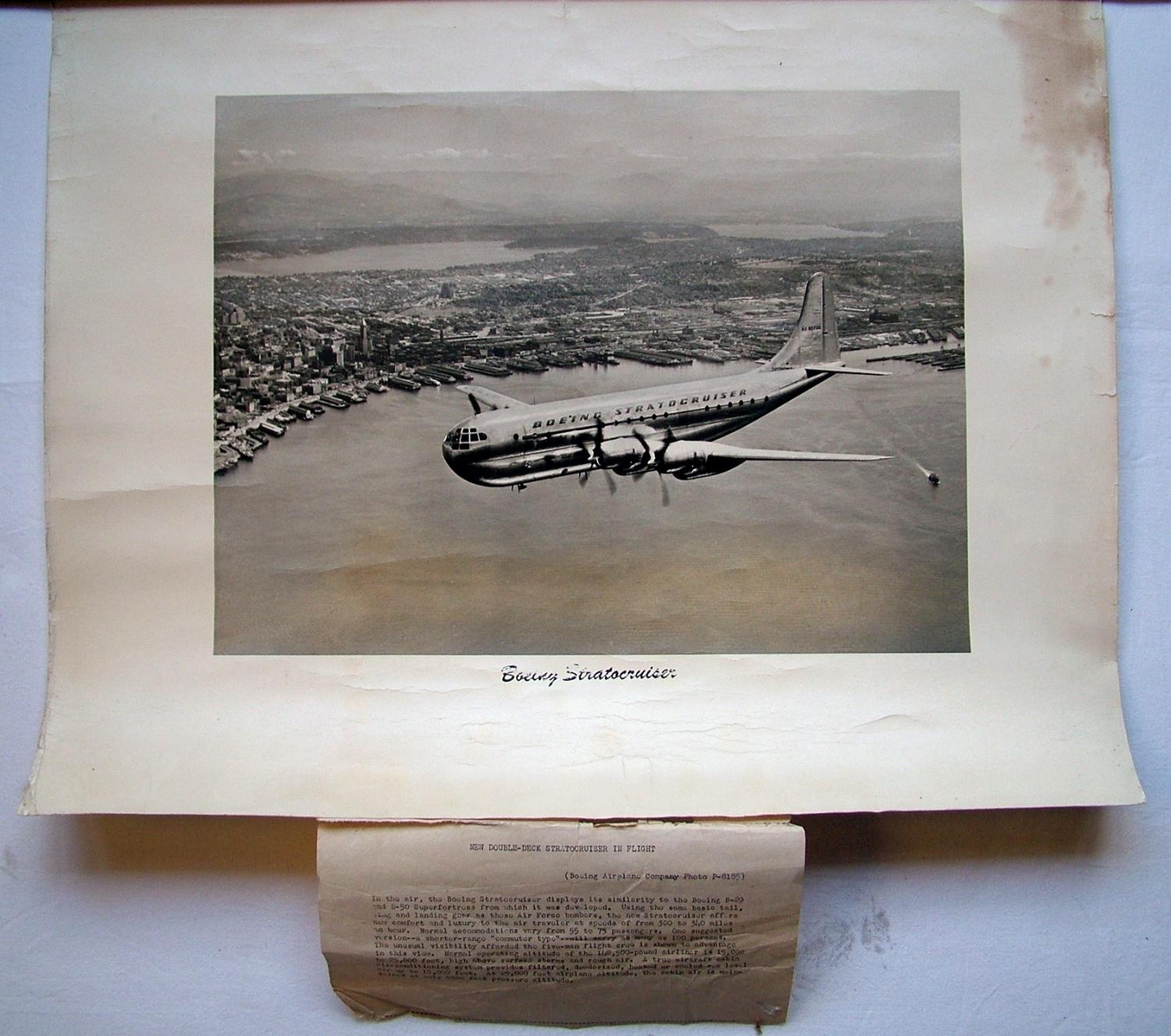 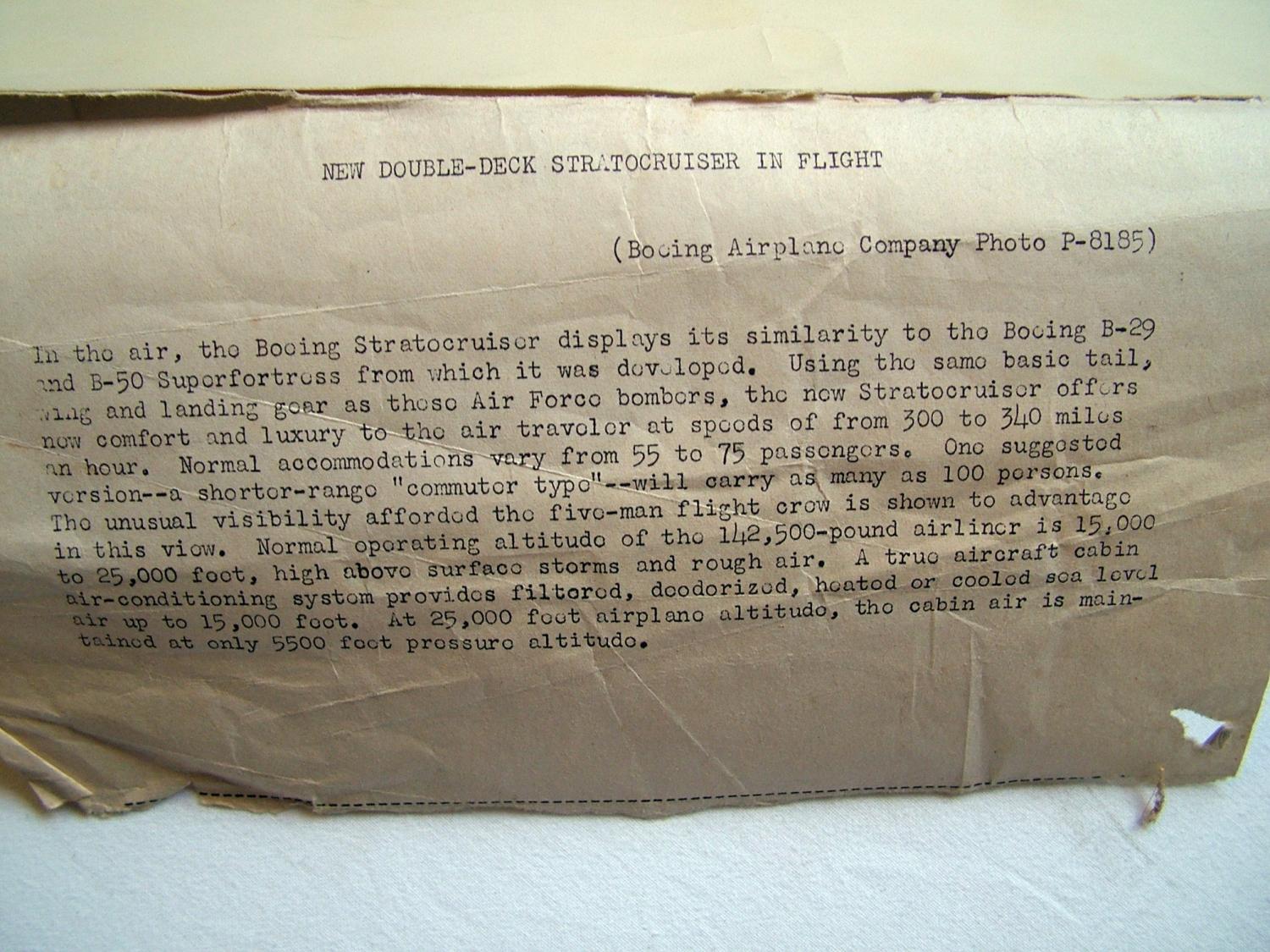