South East Asian Air Force plaque. Approximately 31 x 23cm. Hand carved mahogany with beautifully detailed RAF pilot wing and Squadron numbers '668', '669' & '670' on a central raised cartouche. Light marking at the edges and a small chip a the top of the letter 'S' in squadron (see photo). These three squadrons were formed in 1944 in India as glider squadrons, with the intention of being used for airborne operations by South East Asia Command. They trained as part of No. 343 Wing RAF until the surrender of Japan, when they were disbanded. Lovely decorative item. Stock code M19551. 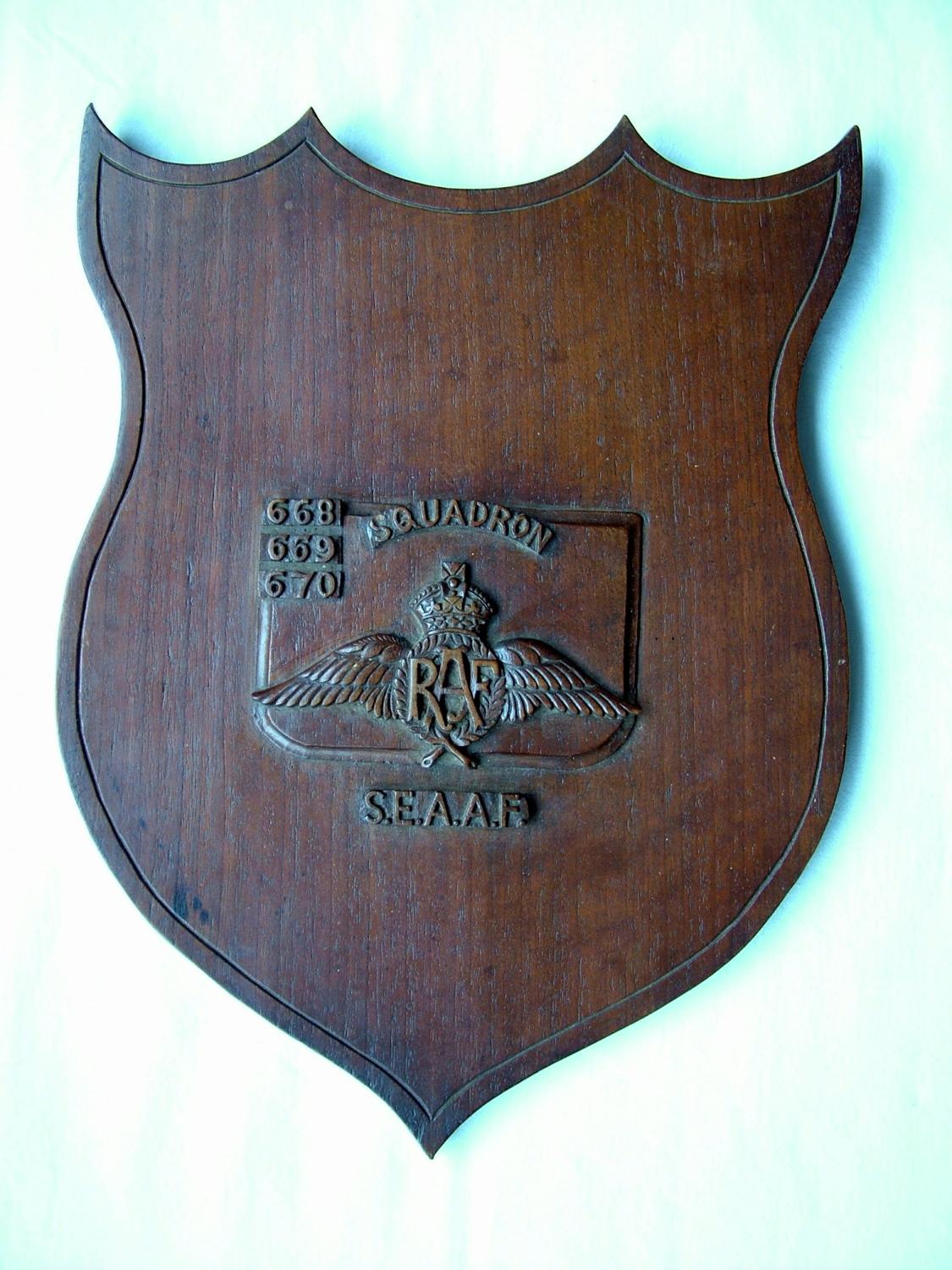 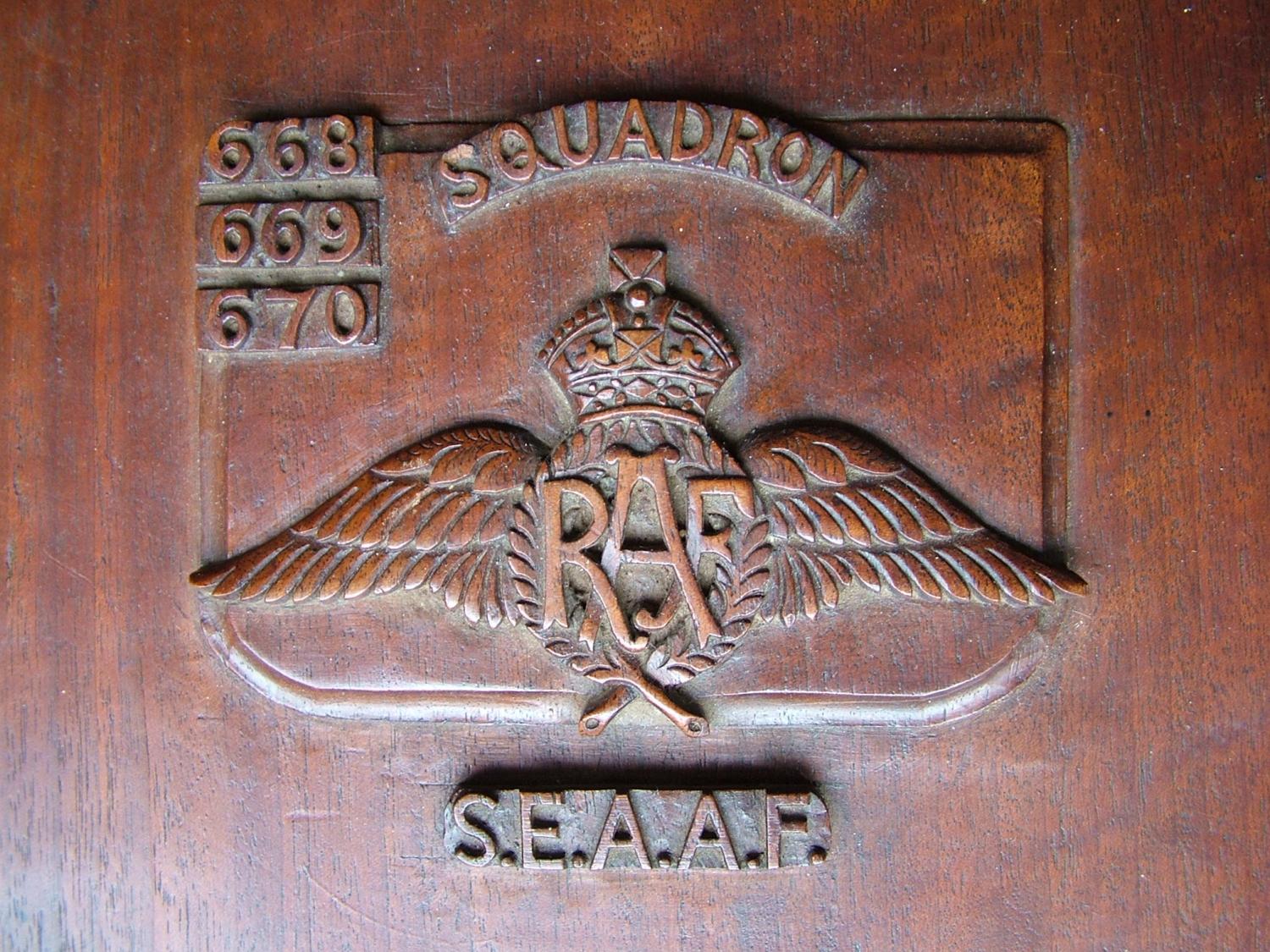 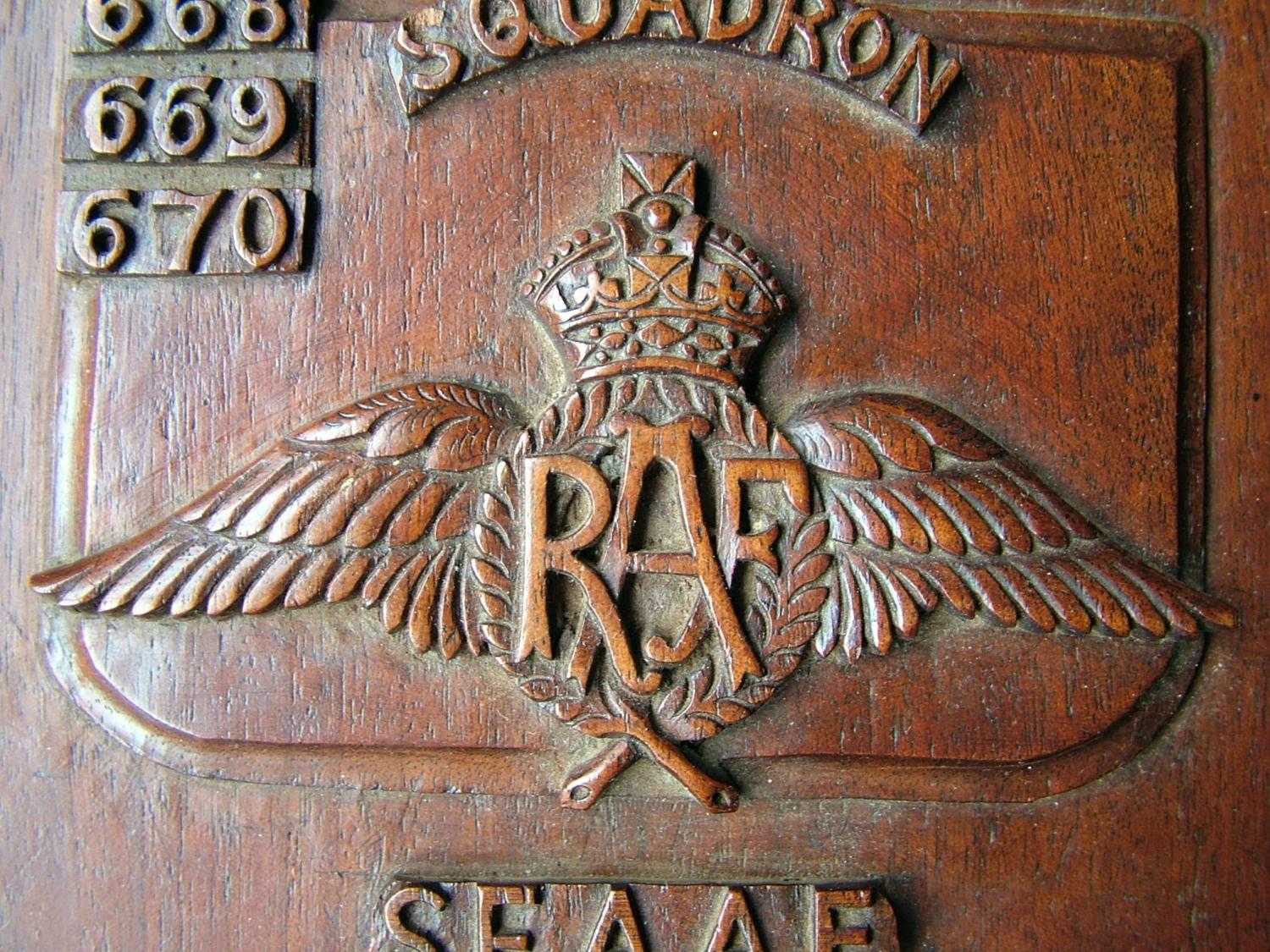 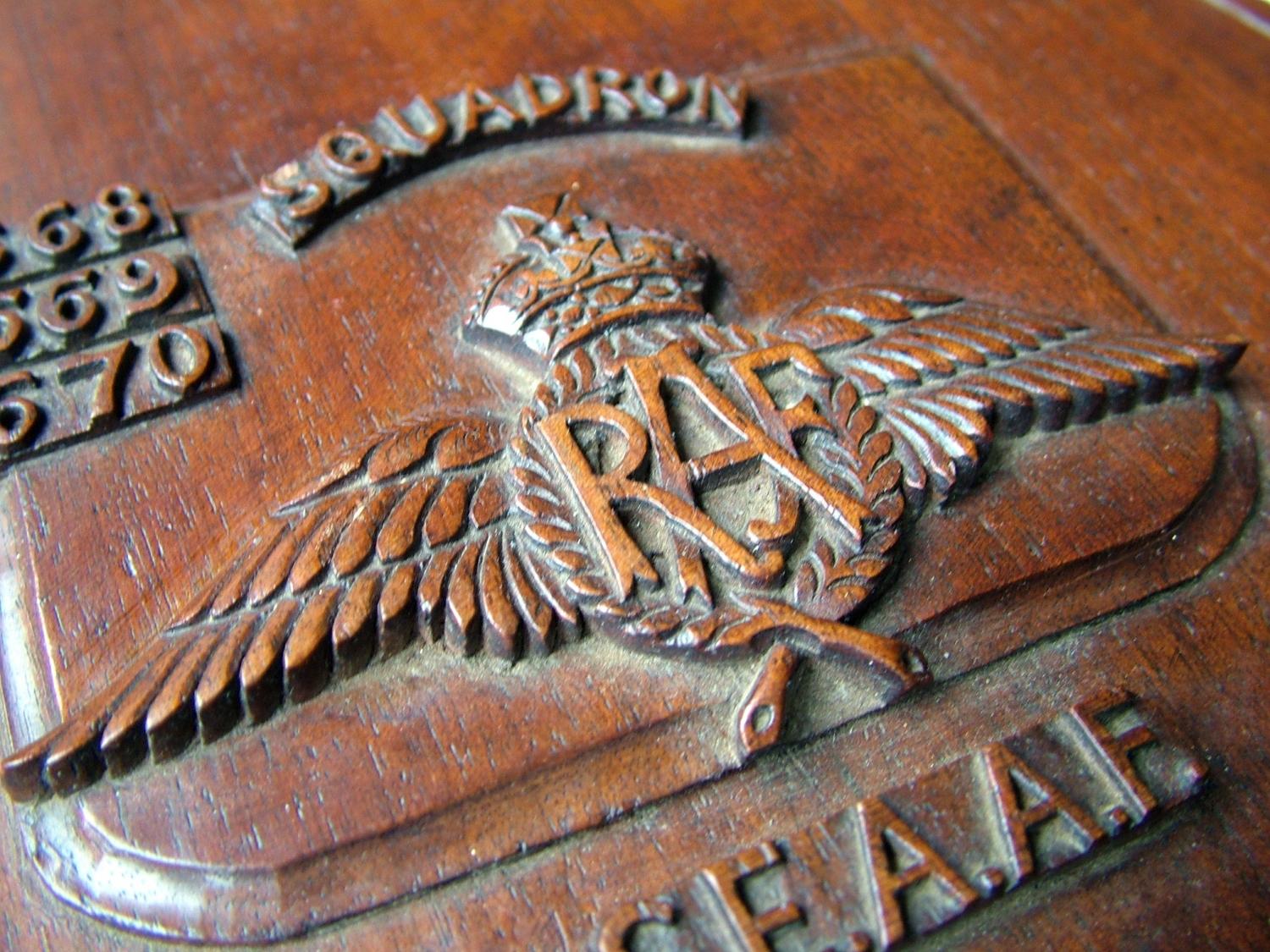 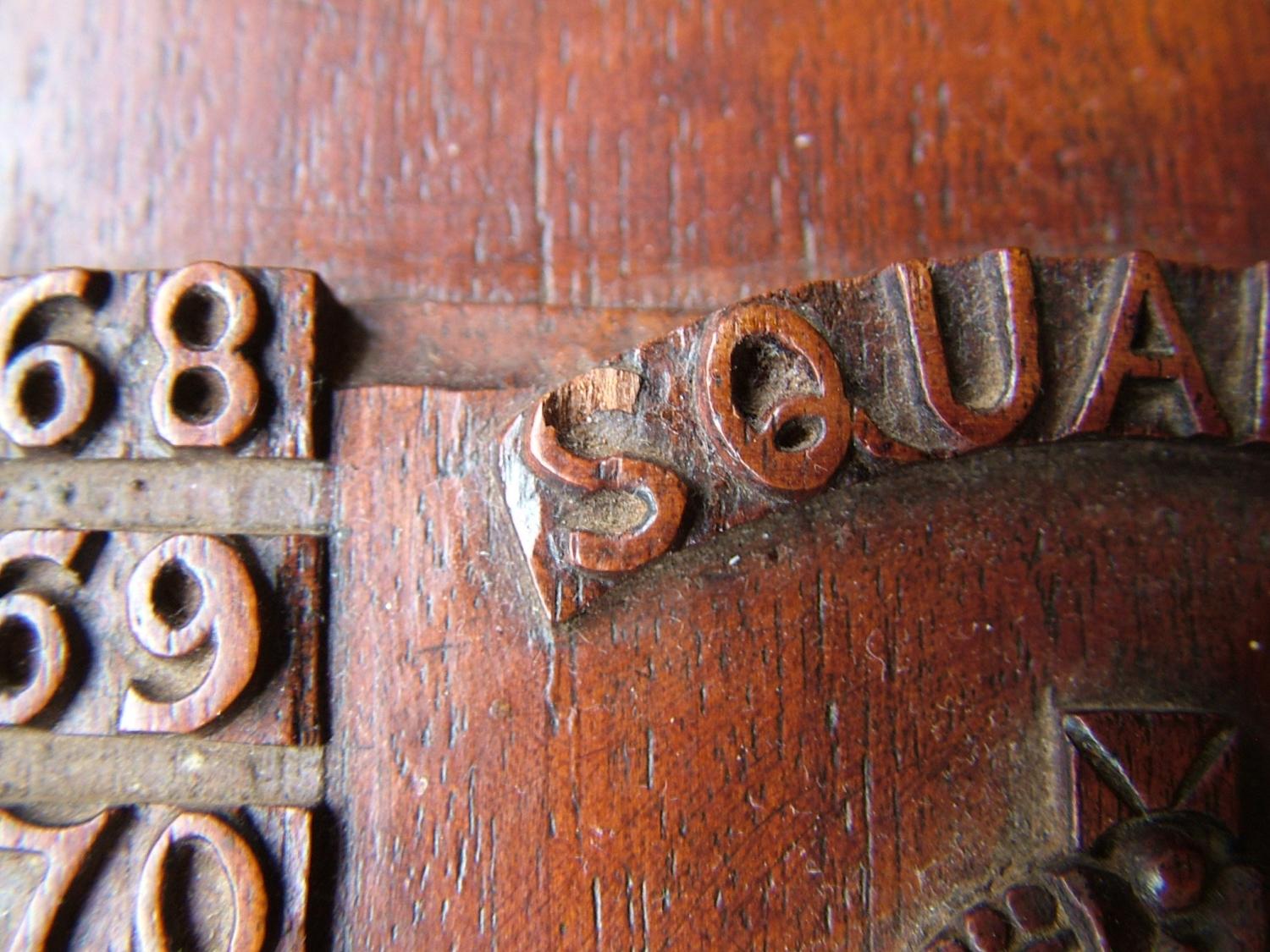 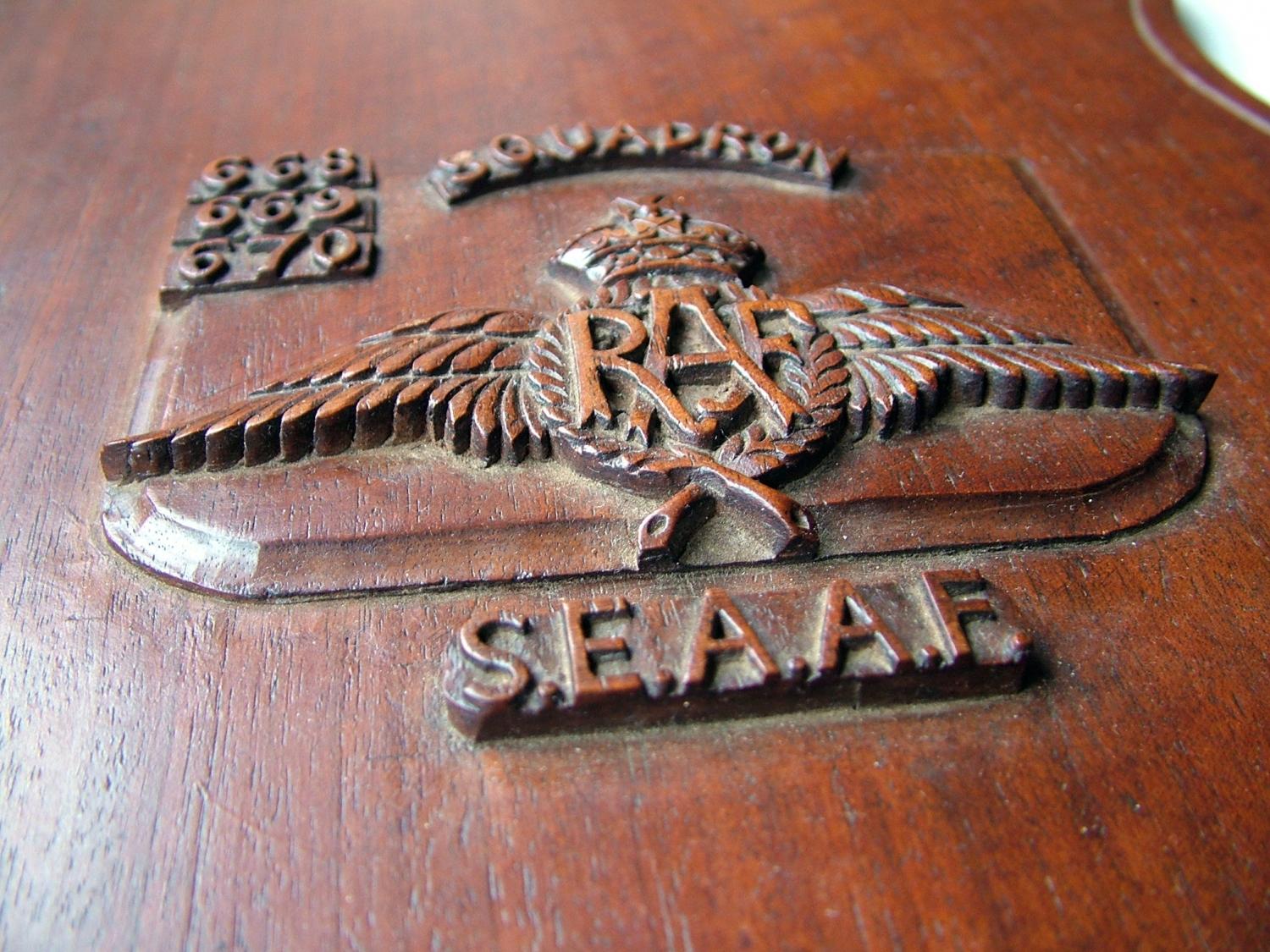 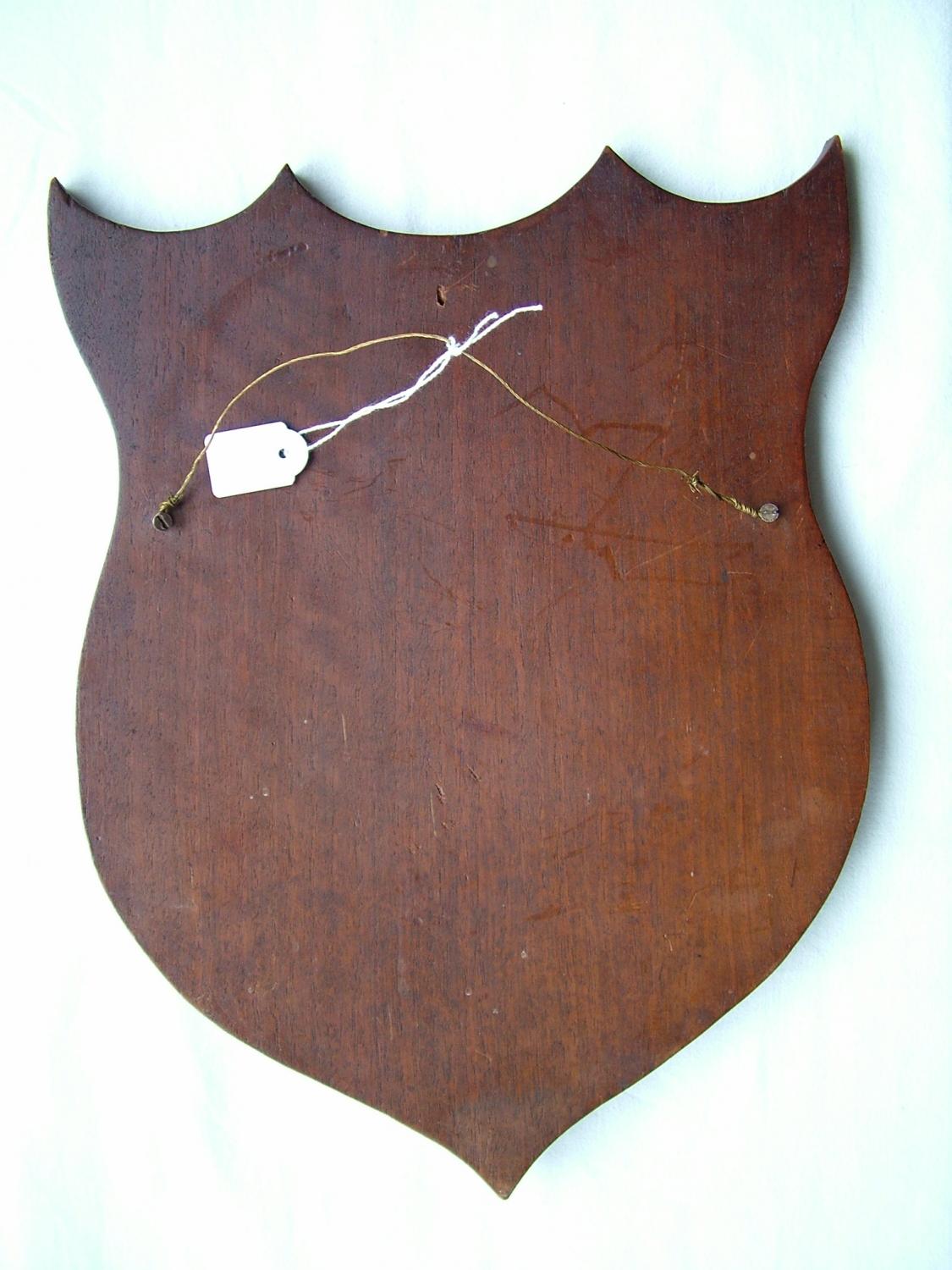