Nice padded 'RO' brevet with silky oatmeal coloured thread and a fine black cotton backing.  Some soiling and minor loss to felt edging but in good '+' used condition overall.  The 'Observer, Radio' trade brevet was introduced in May 1941 and although the name suggest the wearers were radio operators, they were in fact radar operators.  The brevet was very short lived and quickly replaced by the Navigator's 'N' when the aircrew trade became that of Navigator (Radio).  As such the 'RO' is one of the harder brevets to find.  Stock code U19956. 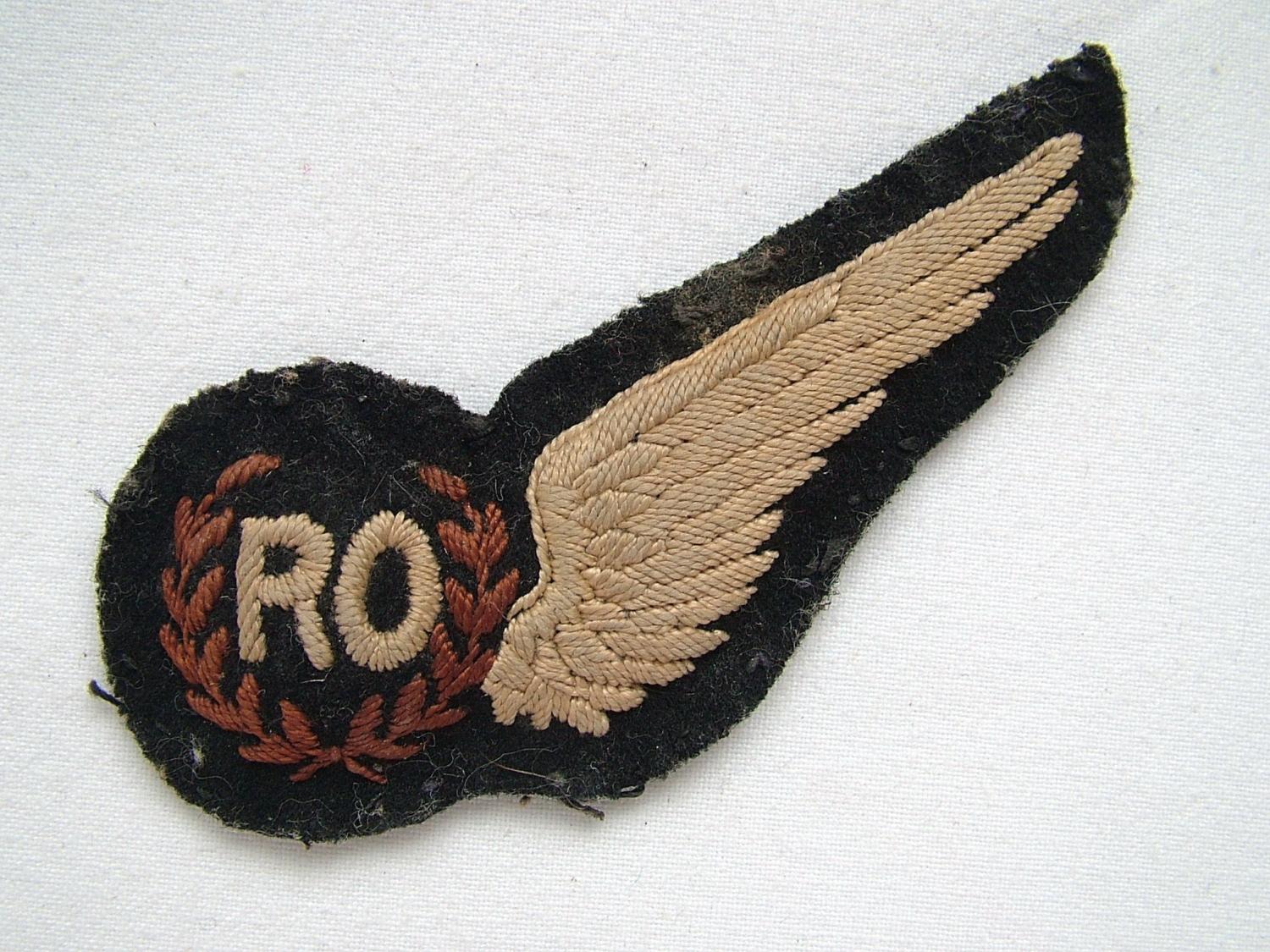 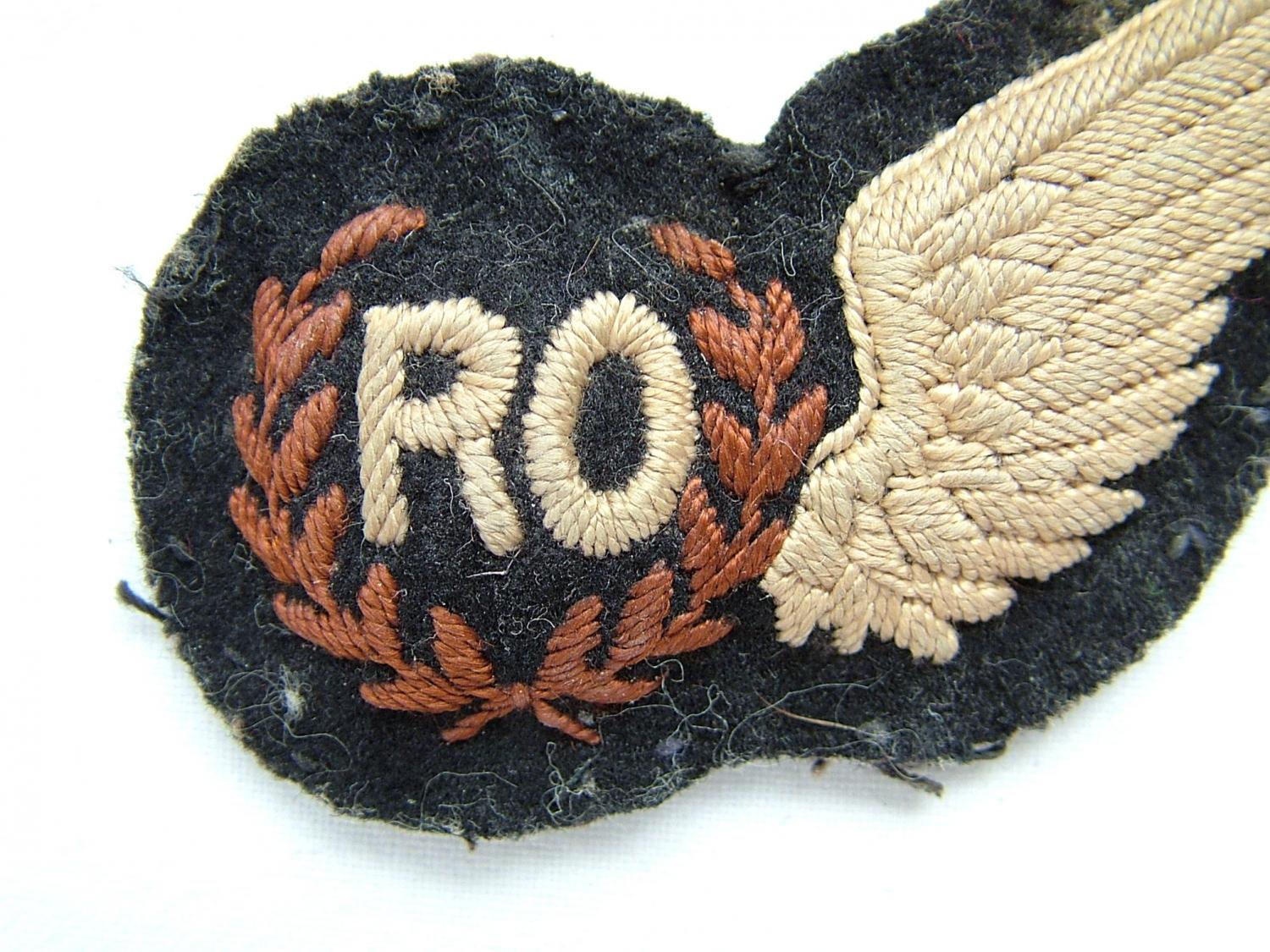 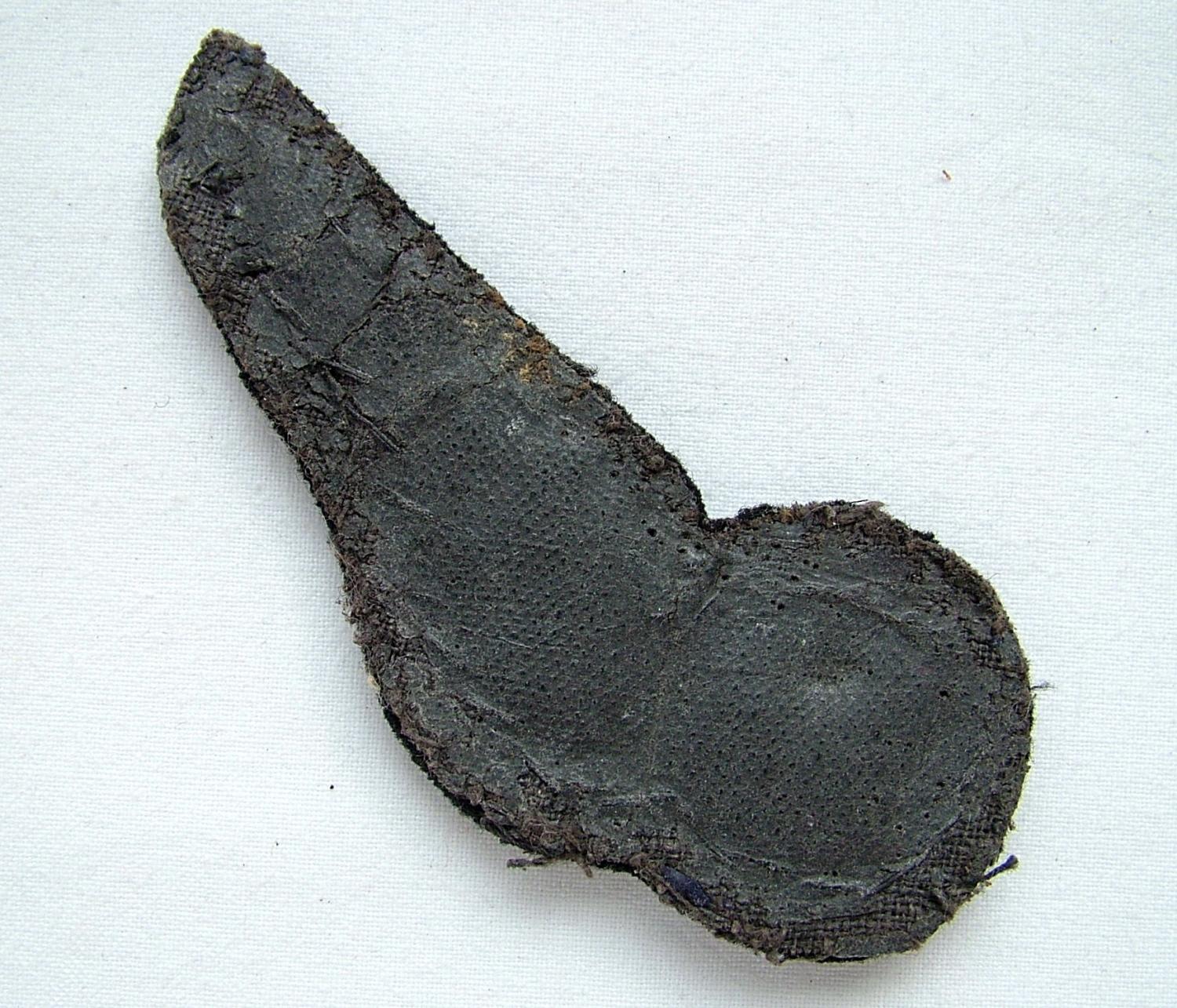