By S.D. & S. Ltd. Size 1. 1950 Dated. This is the classic and much sought after cream aircrew sweater that is so synonymous with the Battle of Britain. Clearly this is not a wartime example but is nevertheless identical to wartime dated examples and still very rare to find. Quite grubby but appears free of damage or mothing. Ideal alternative to a wartime example (which never turn up) or the modern submariner types often sold on well-known auction sites as 'original'. Stock code M15272. 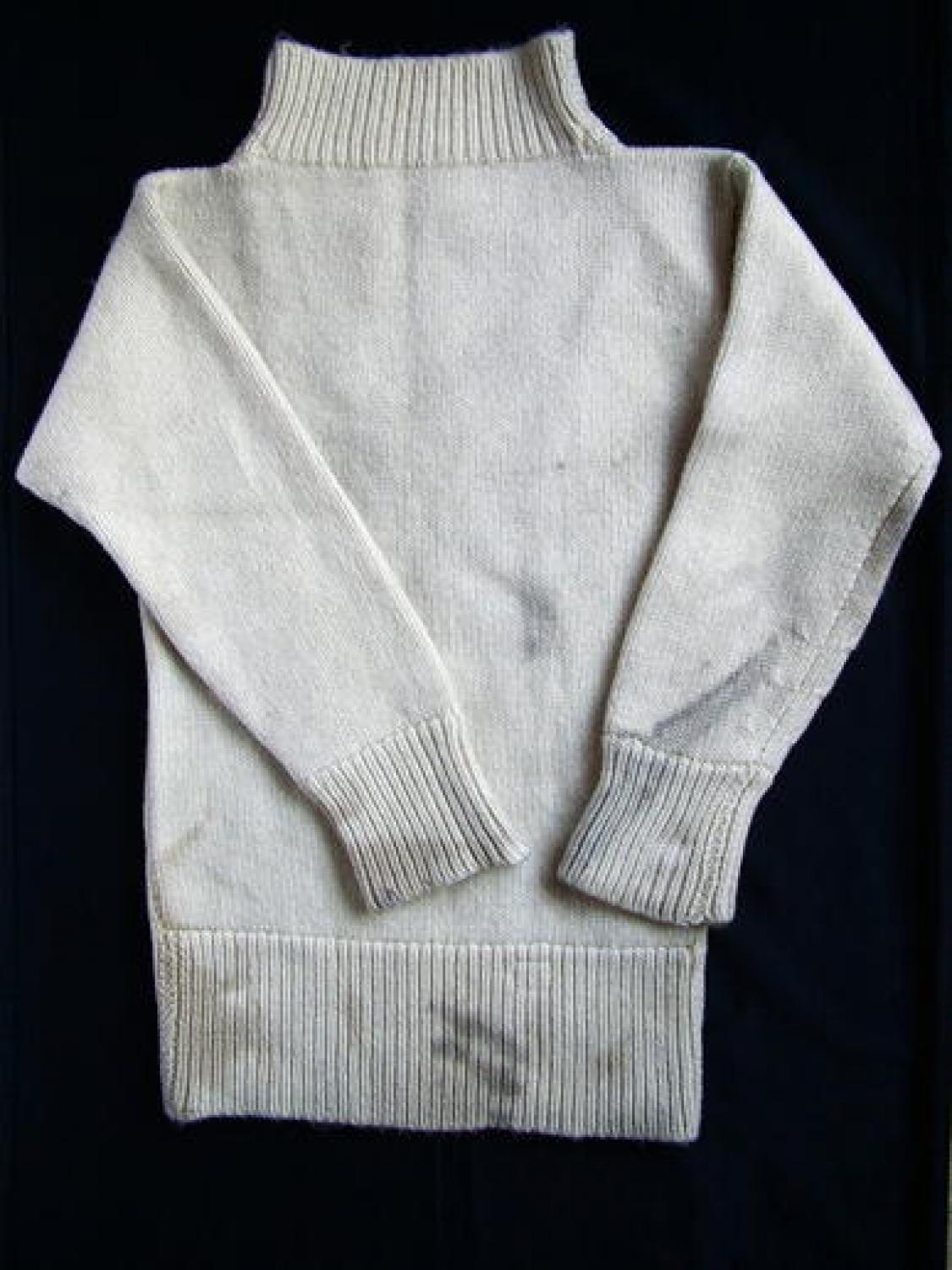