'Binoculars, Prismatic, 5 x 40 MK.IV,'.  Stores reference 6E/383. Manufacturered by Ross under R.A.F. contract.  Introduced in 1941 these substantial 5 x 40 fixed focus binoculars have coated lenses and large single piece black rubber eye shield helping maintain night vision.  The relatively large diameter of the objective lens (40mm) allowed increased levels of light to pass through.  Although primarily designed for night use, this instrument was also suitable for the identification of objects at long range, and reconnaisance duties by day.  This made them suitable for use by nightfighter and Coastal Command crews for spotting aircraft, shipping and U-boats as well as personnel in airbase control towers.

These show relatively light use and wear.  There is some rubbing of the the paint finish where the binoculars have been stood up vertically. It has been pointed out that the eyepiece lens tubes are not quite 100% parallel to each other but the the optics, although having minor marks, give a good clear and crisp image.  The rubber eyeshield is complete, flexible and undamaged and make the binoculars very comfortable to use.  No neckstrap.  They come in the original, early pattern hard leather case with shoulder strap. Later issue MK.IVs were issued in a hinged pressed fibre case.  Stock code M20015. 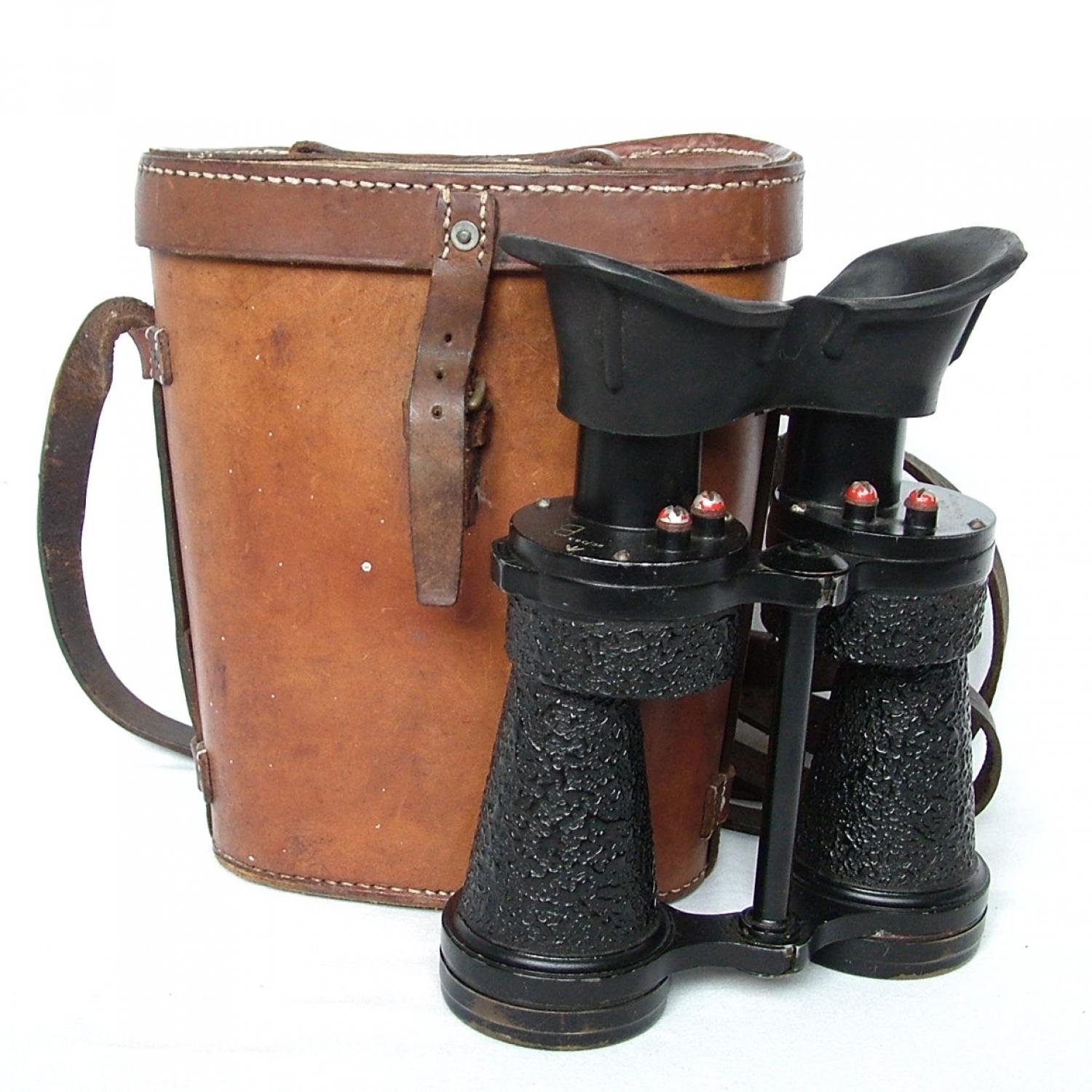 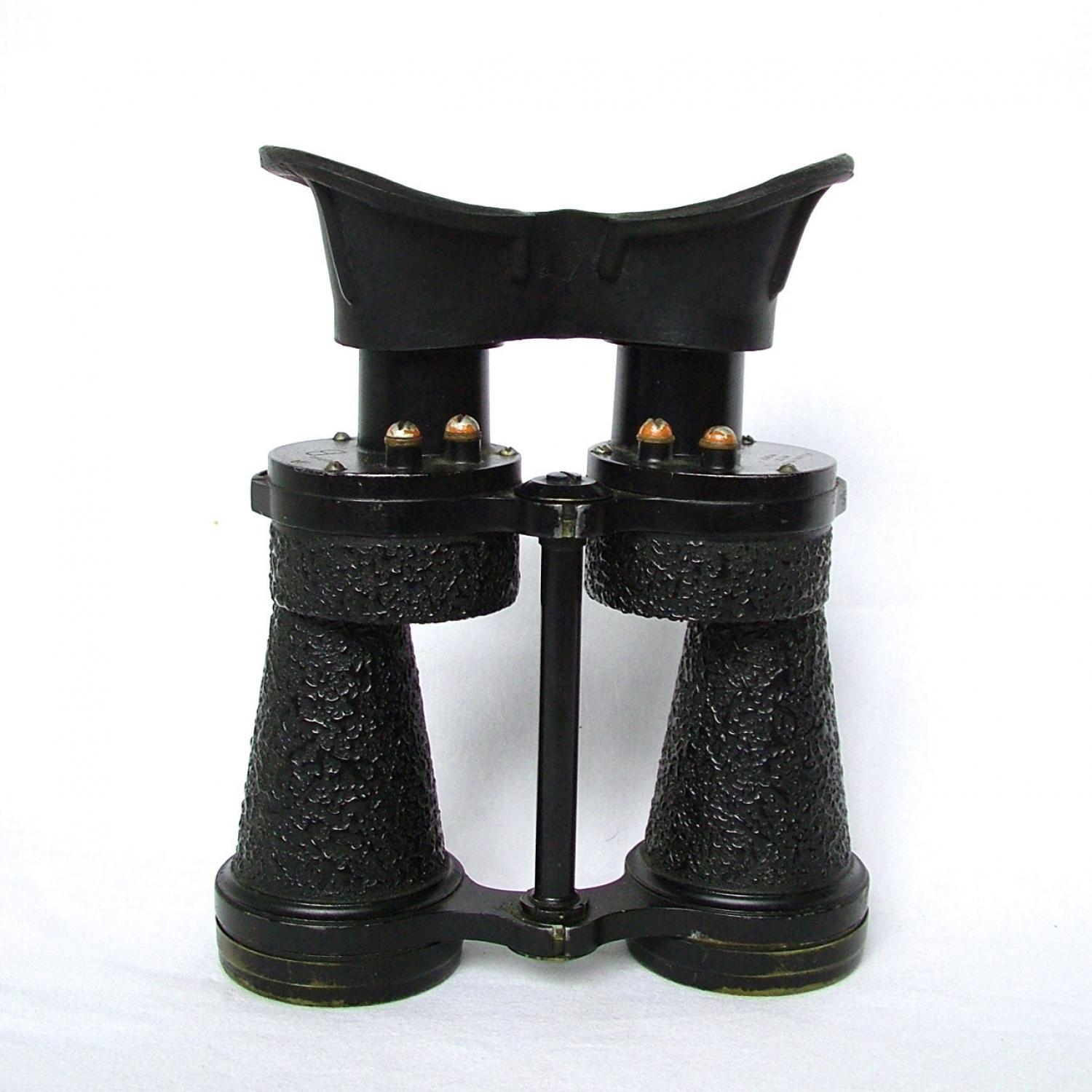 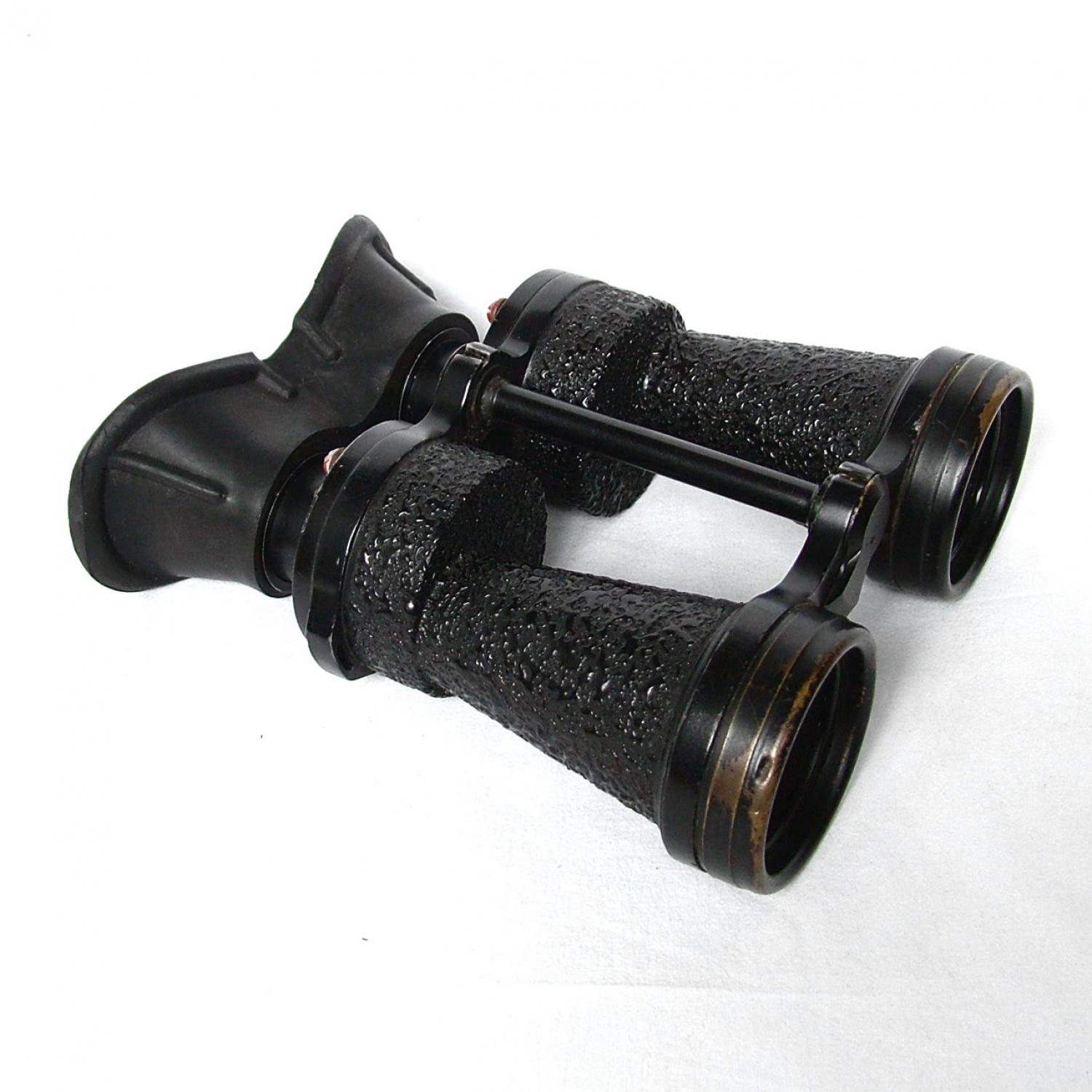 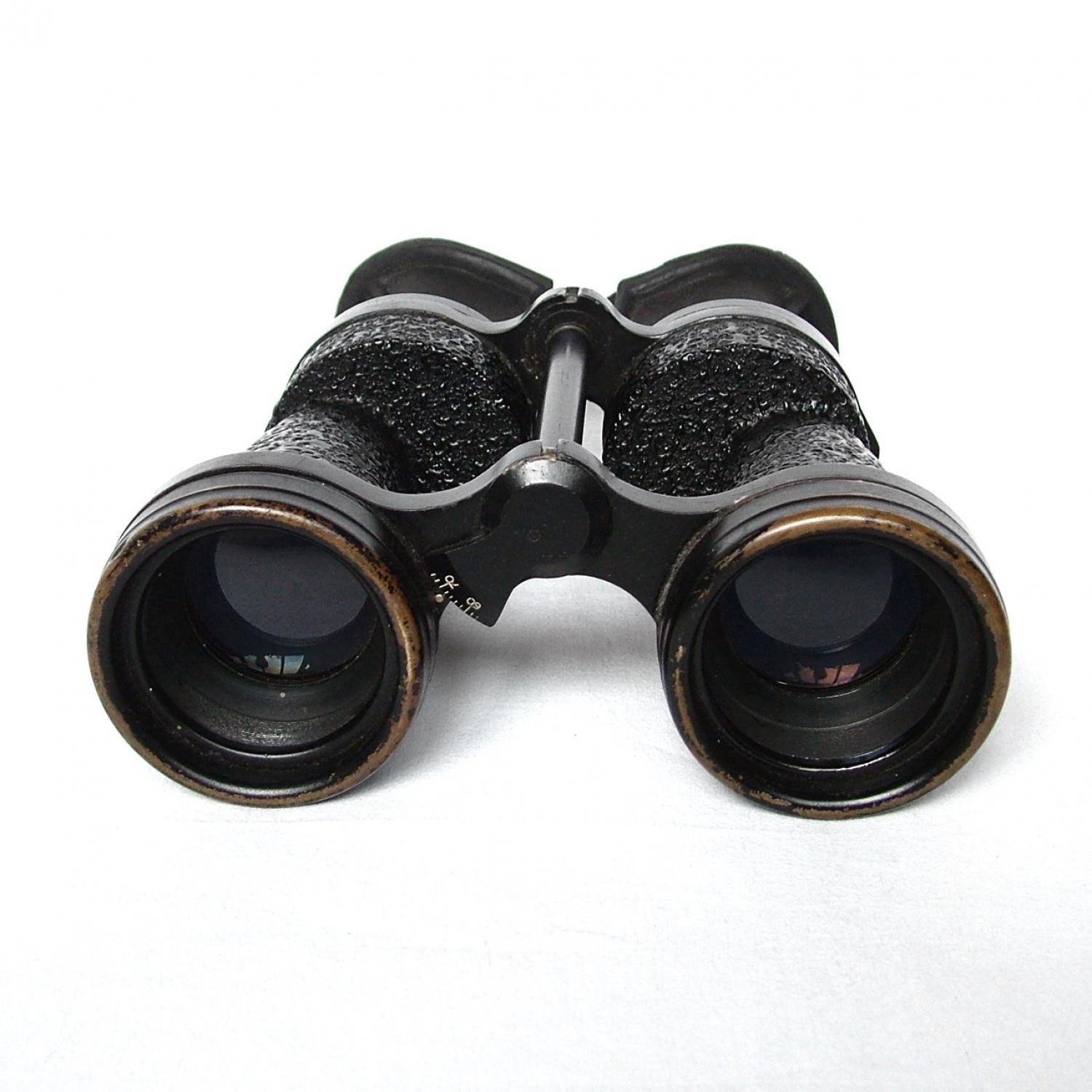 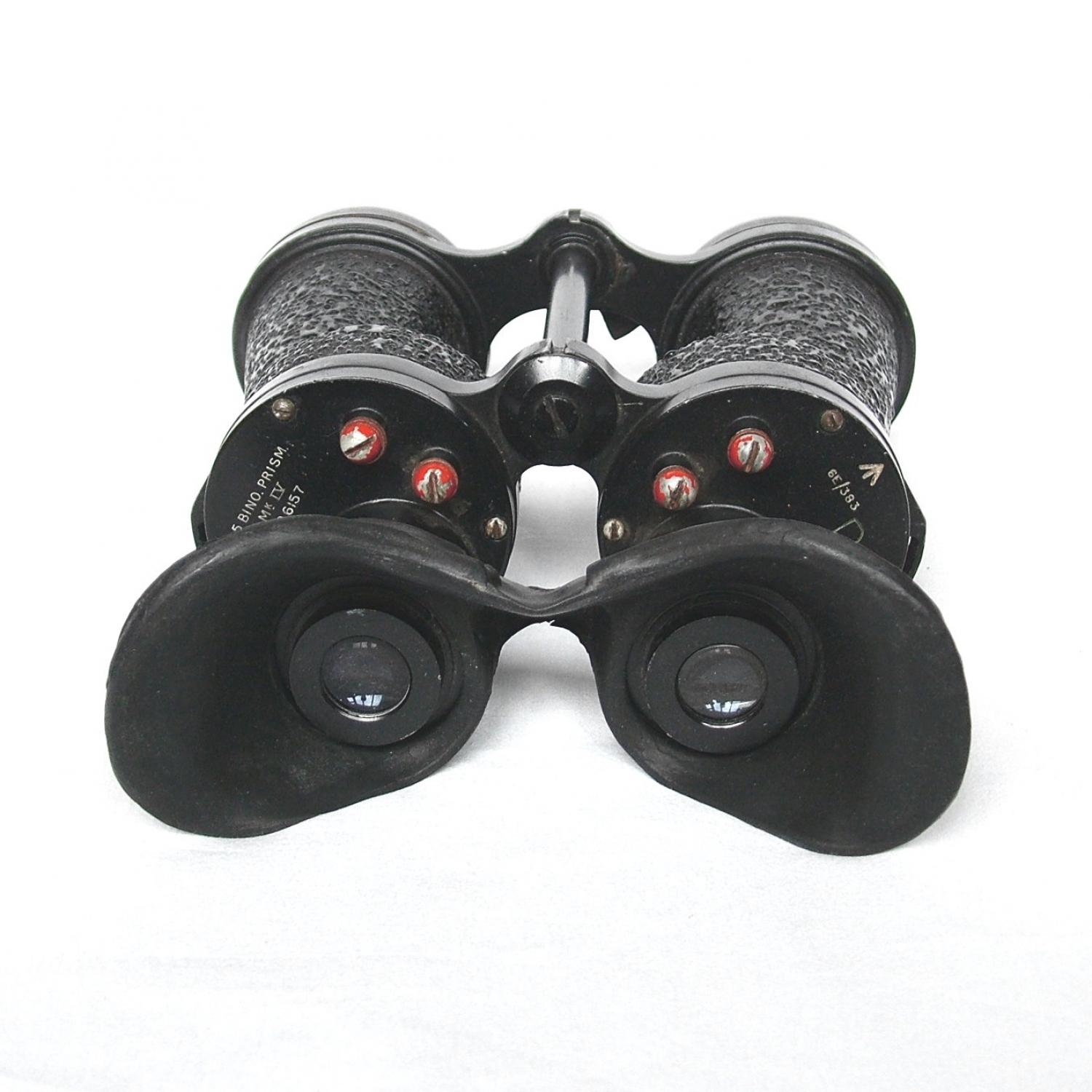 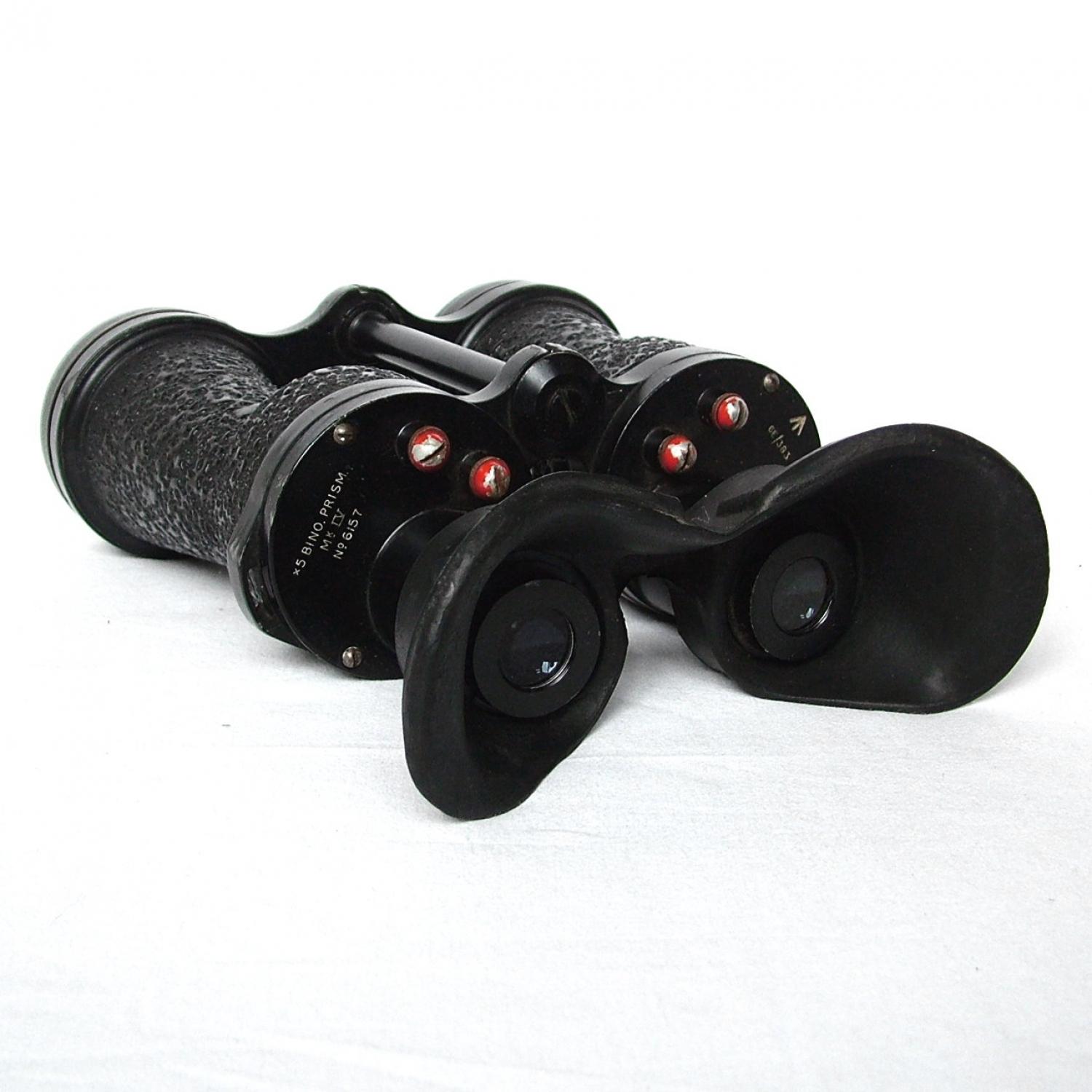 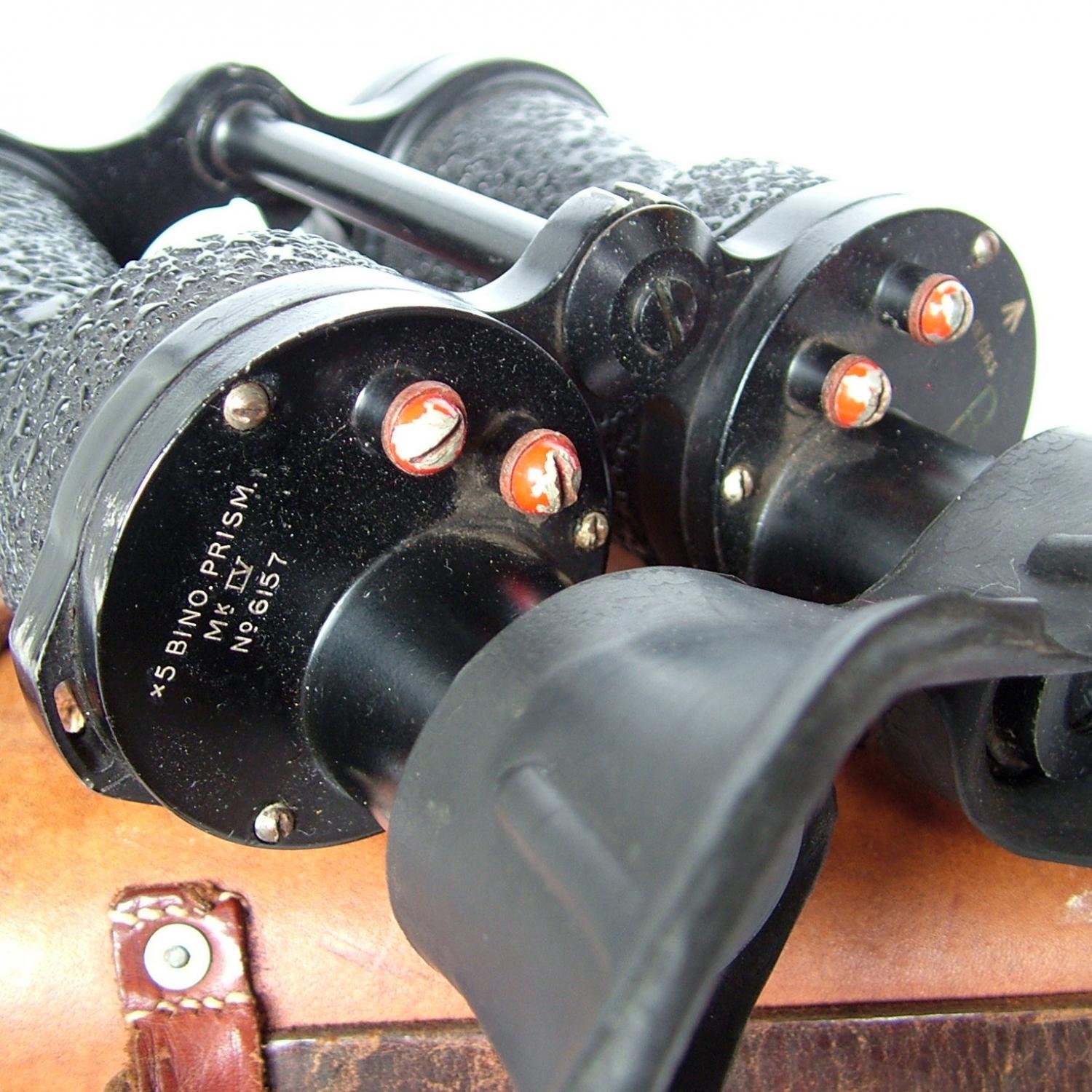 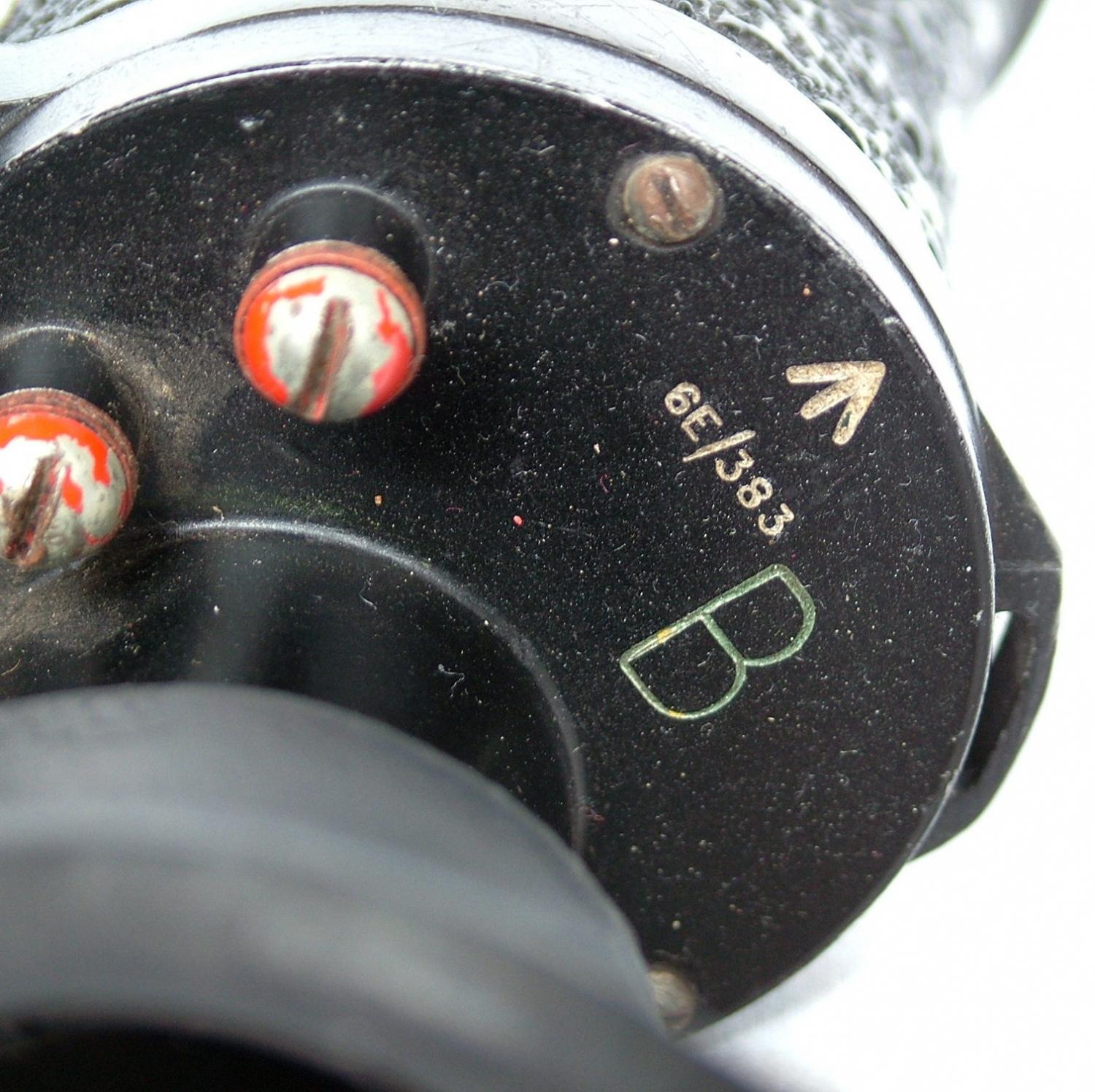 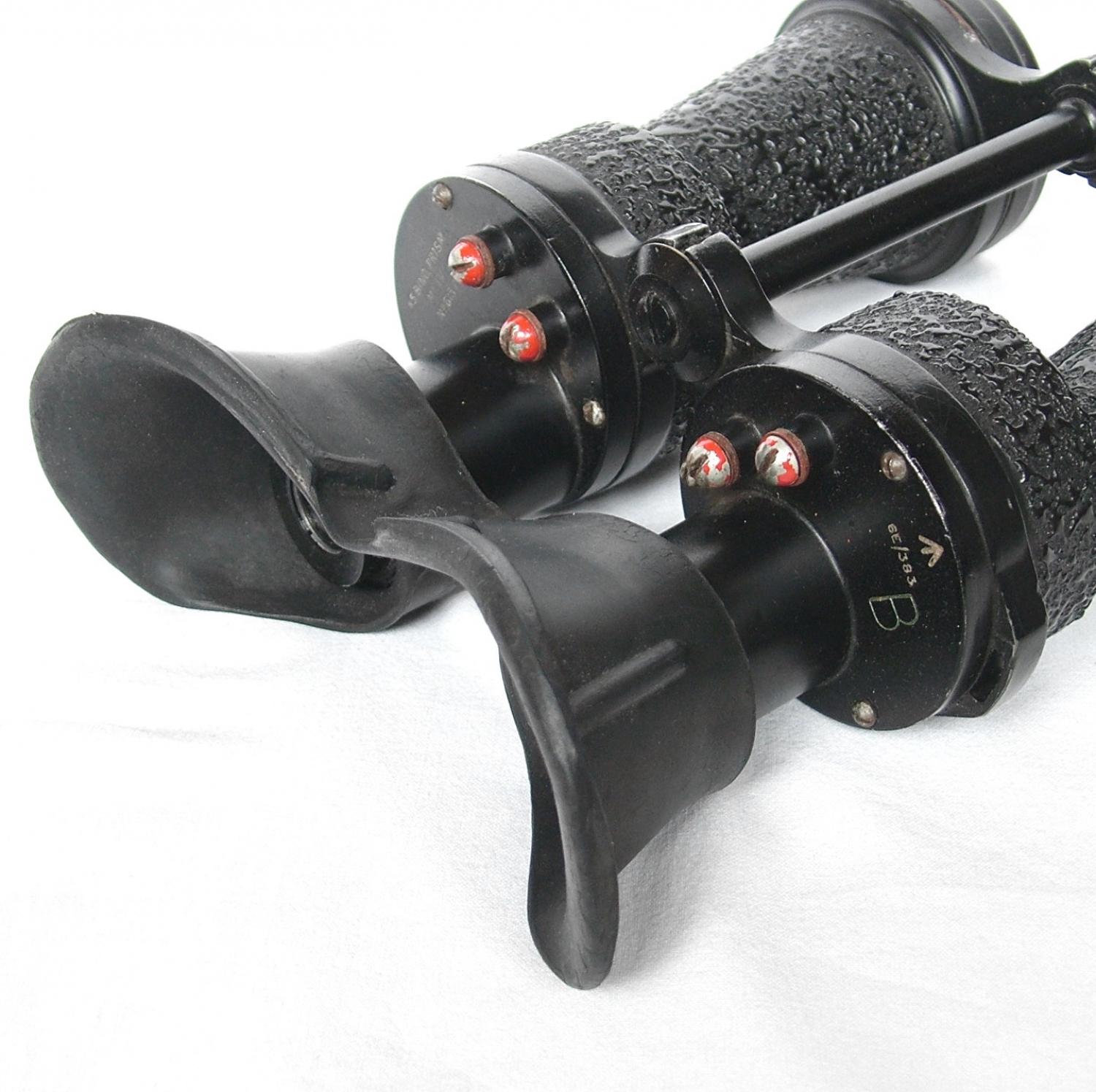 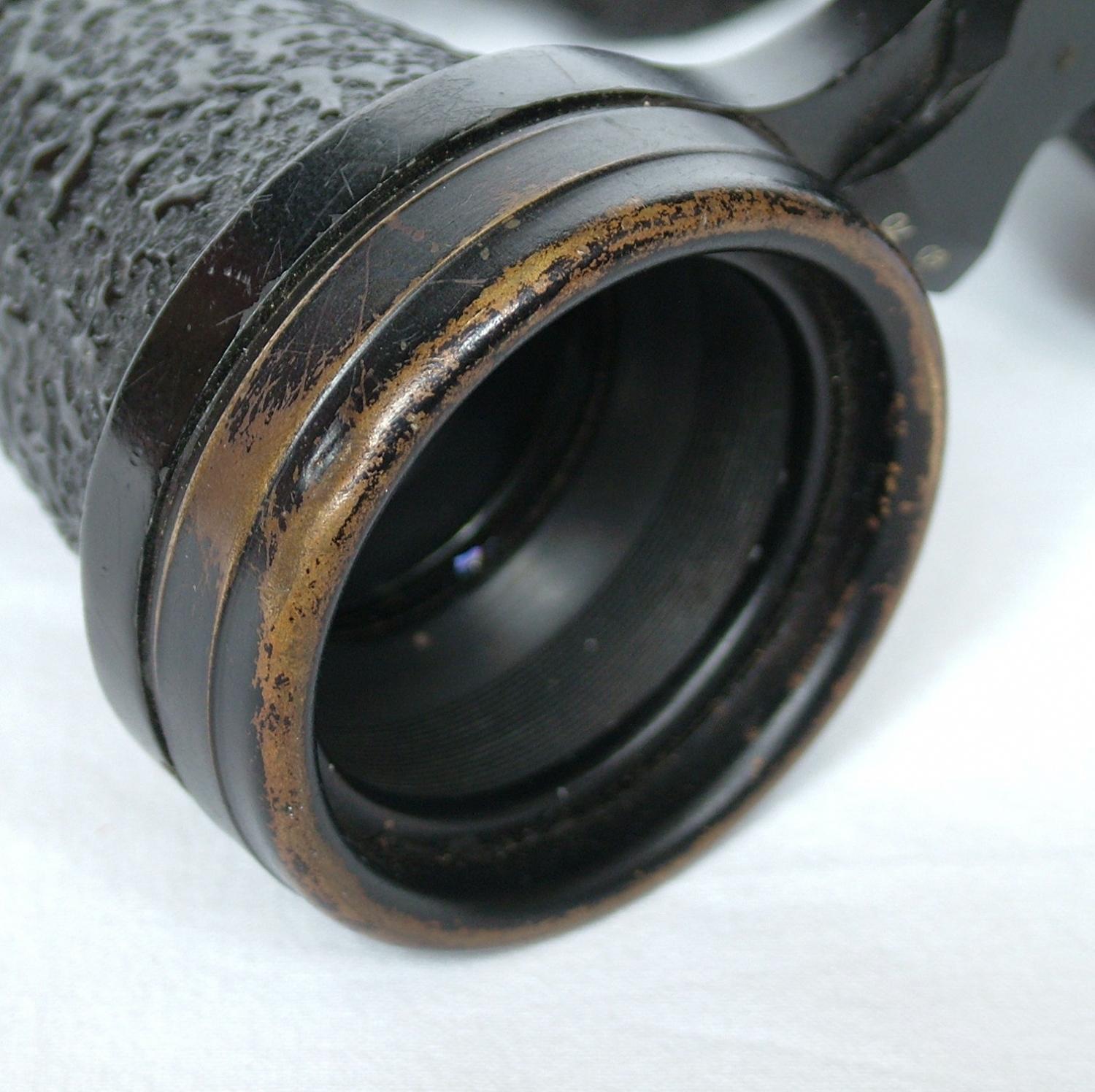 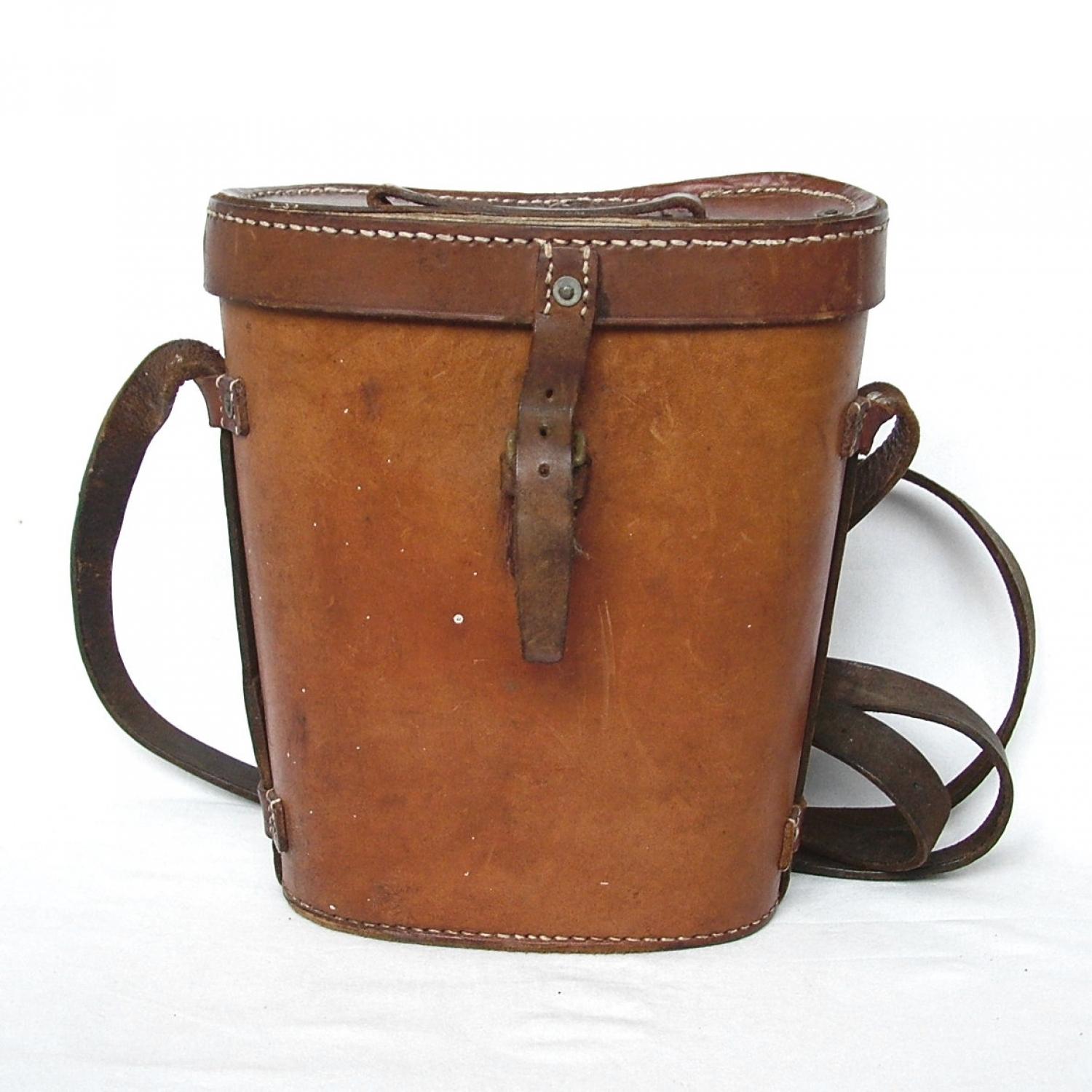 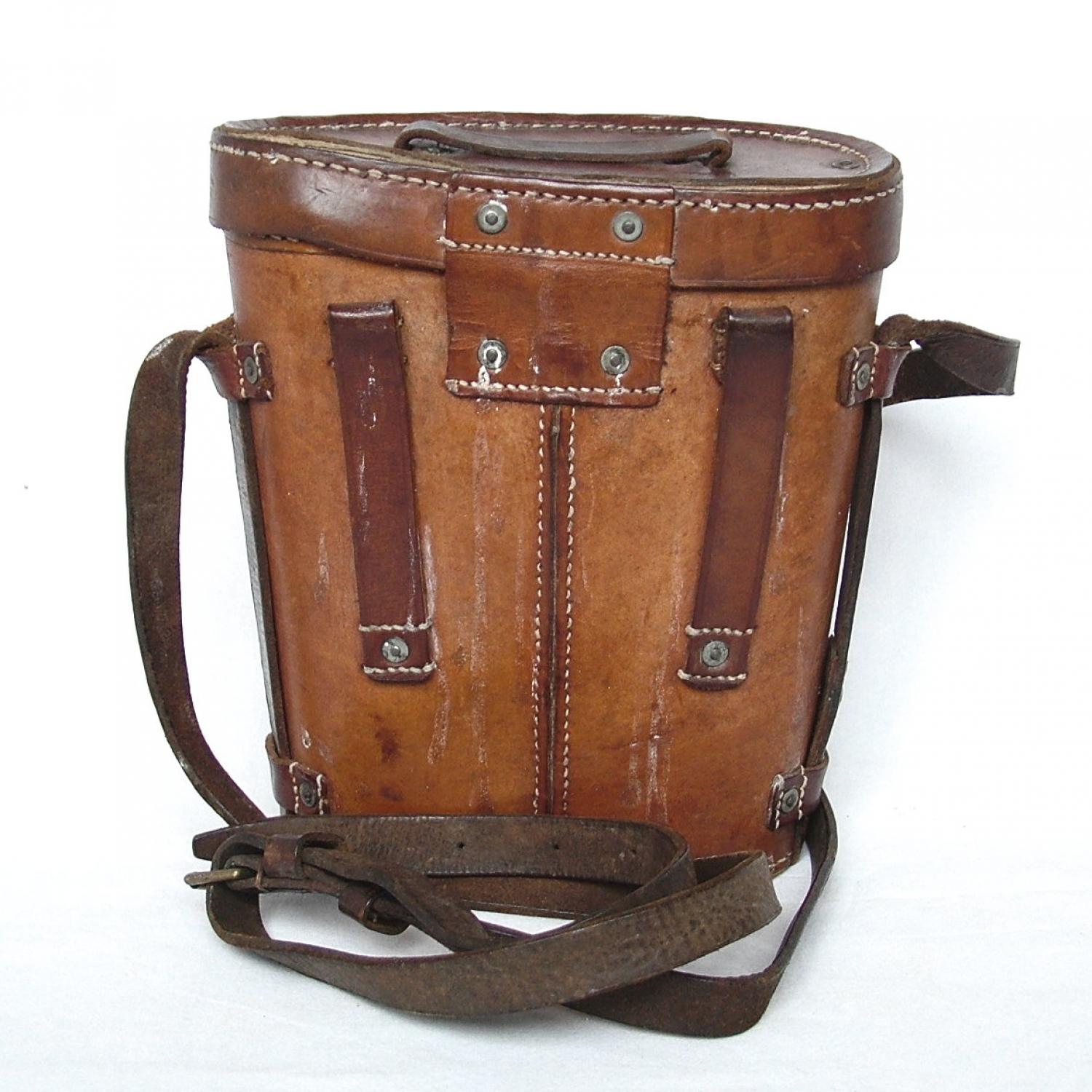 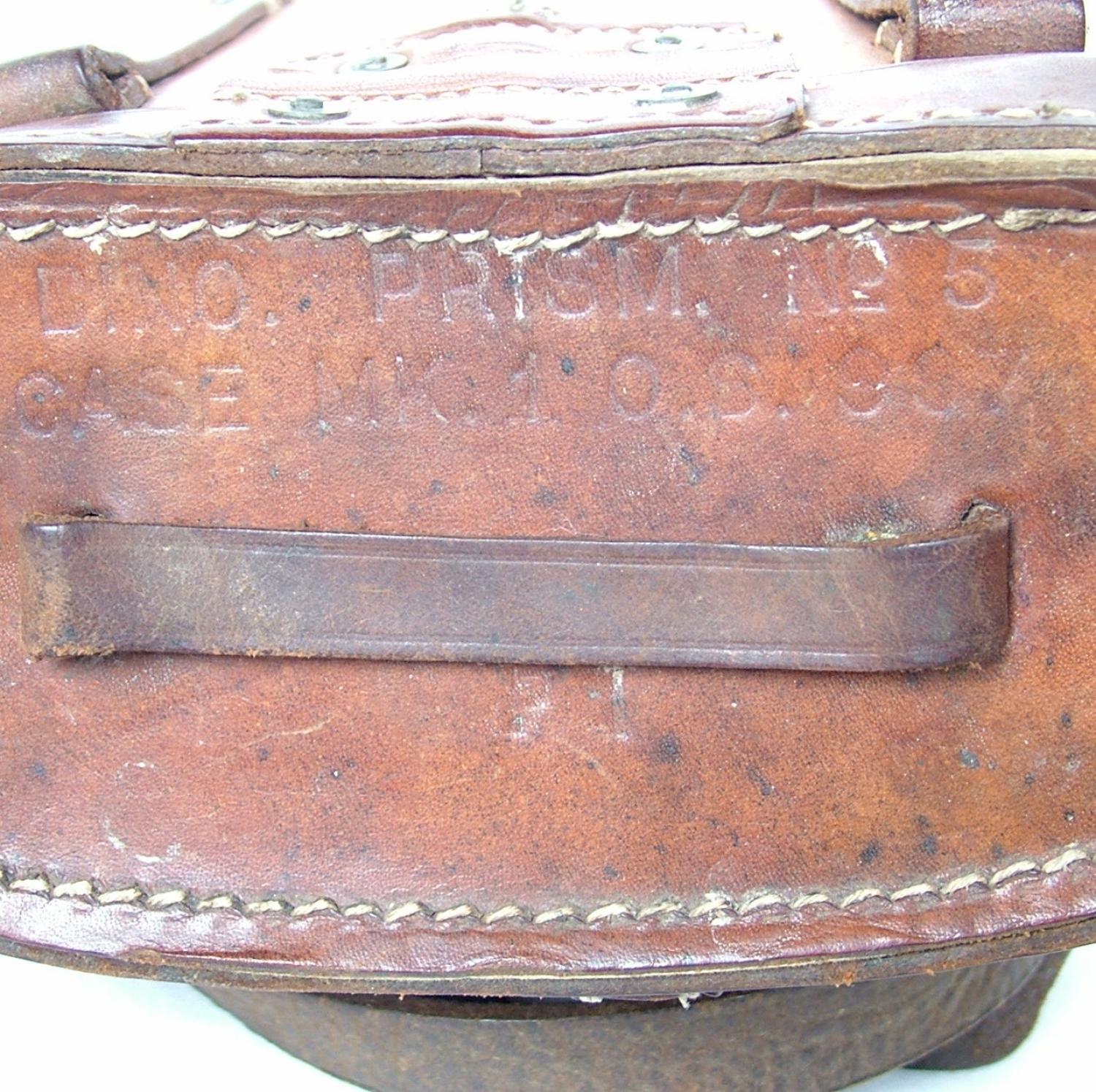