'Short Bursts' Magazine.  P/b, approximately 15 x 23cm, 27p, October 1944.  Confidential magazine produced about once per month by the operational research section of the HQ, 8th AAF.  Fabulous and interesting little publication aimed specifically at 8th AAF crews with a heavy bias on airgunners.  It looks at the statistics of hits on enemy fighters and notes that the ratio of 'downed' Luftwaffe fighters to AAF bomber losses had decreased massively. It then goes on to look at the reasons behind this and gives an example raid briefing by a 389th BG gunnery officer.  The magazine also has tables of enemy aircraft  destroyed for the month of September 1944, group by group and also via gun position.  It is interesting to note that in both the B-17 & B-24 it is the tail gunner claiming the highest proportion of kills.  Also has hints and tips, a sortie by sortie listing of the missions/results since the last issue and so on. Illustrated with cartoons and diagrams.  The cover is grubby, dog-eared and creased with the note 'Do not remove from the room' faintly written/visible on the front.  Well thumbed but perfectly legible and an easy read.  Stock code P20224. 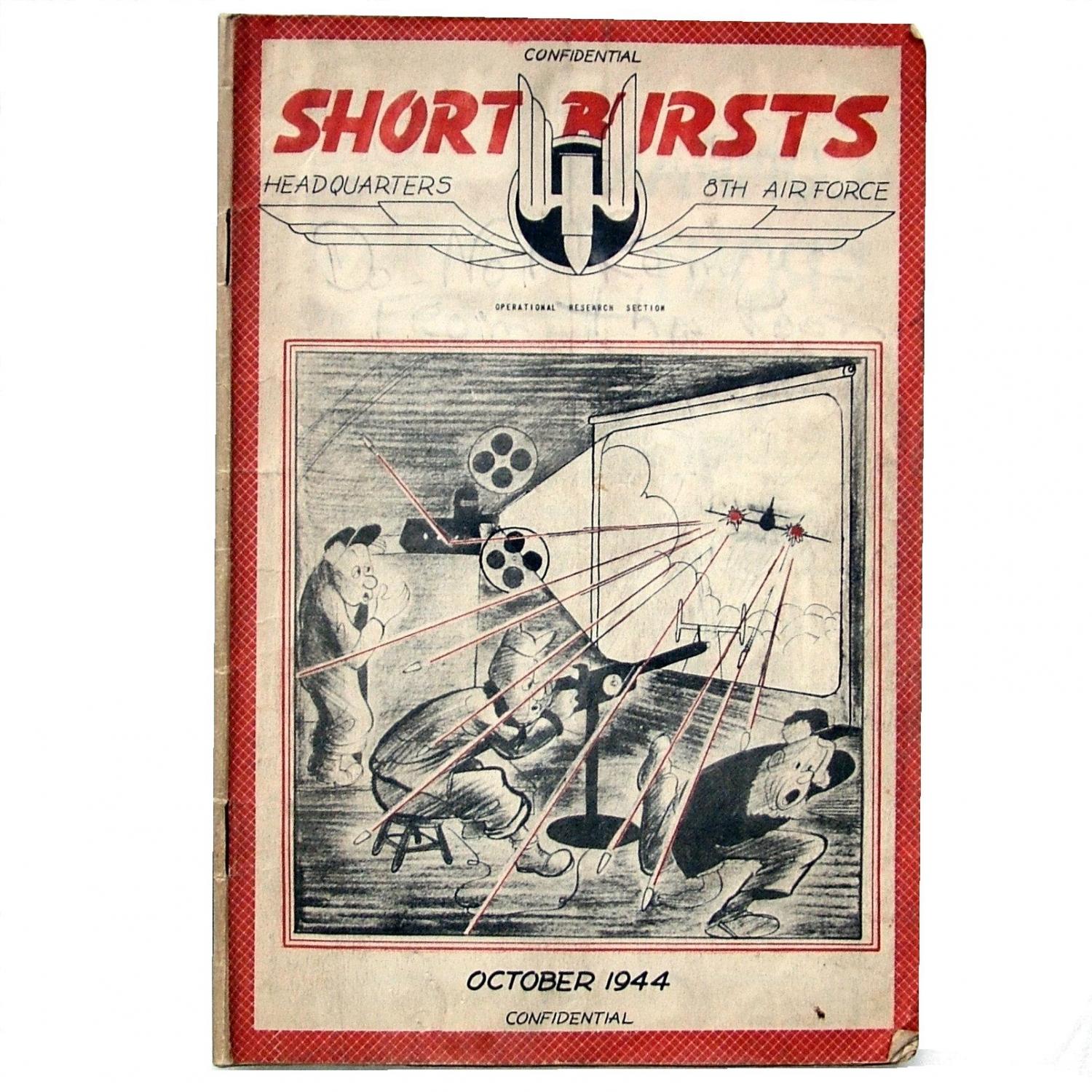 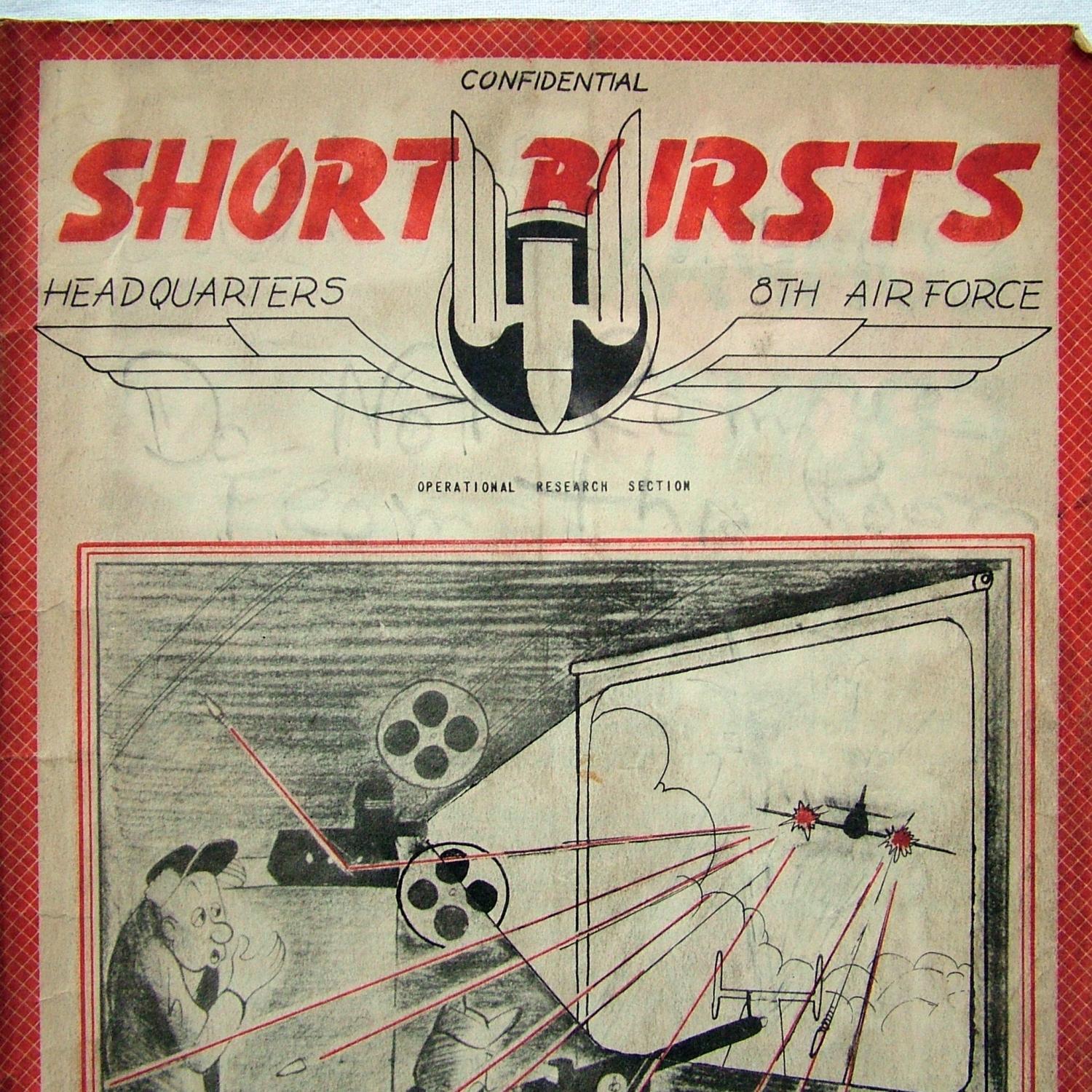 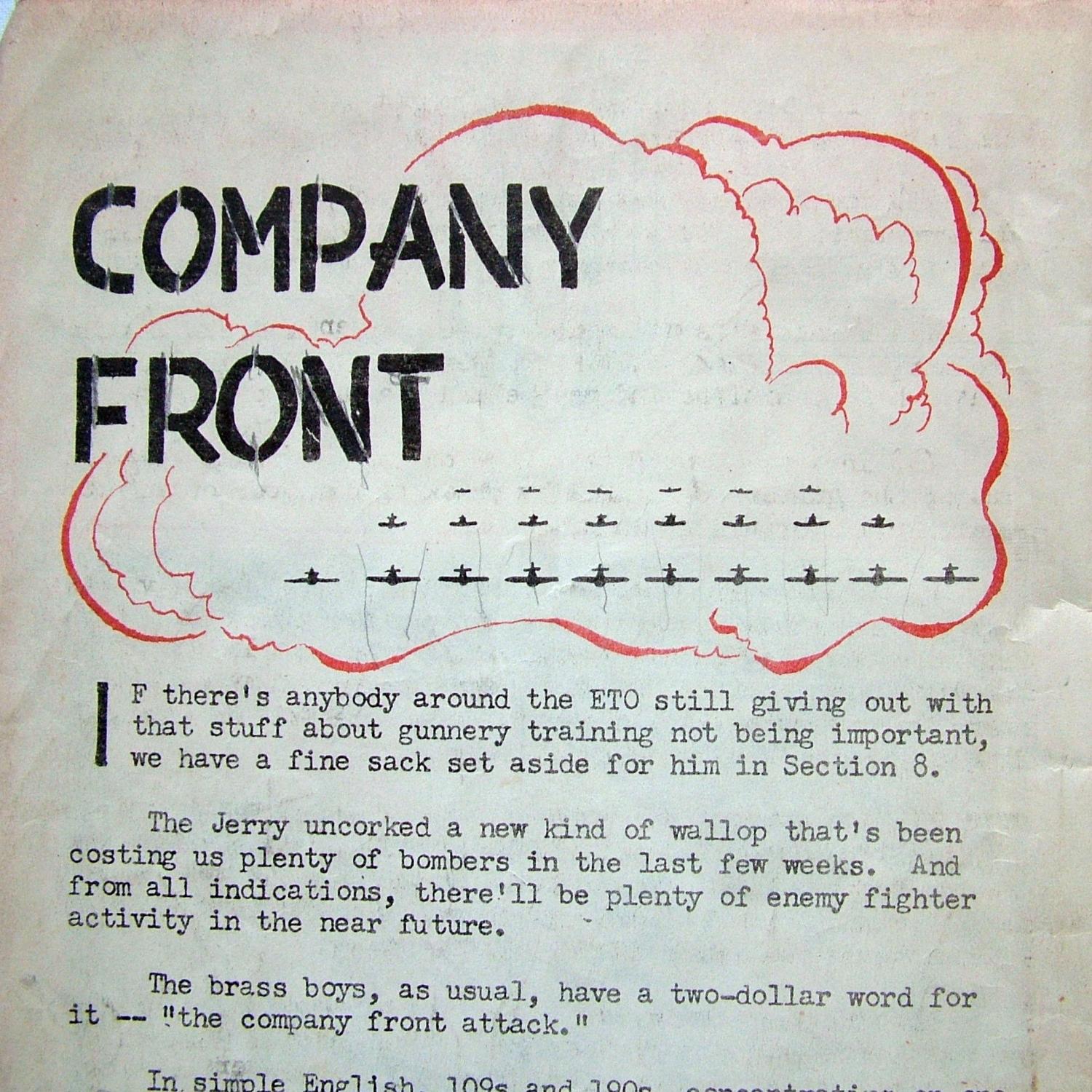 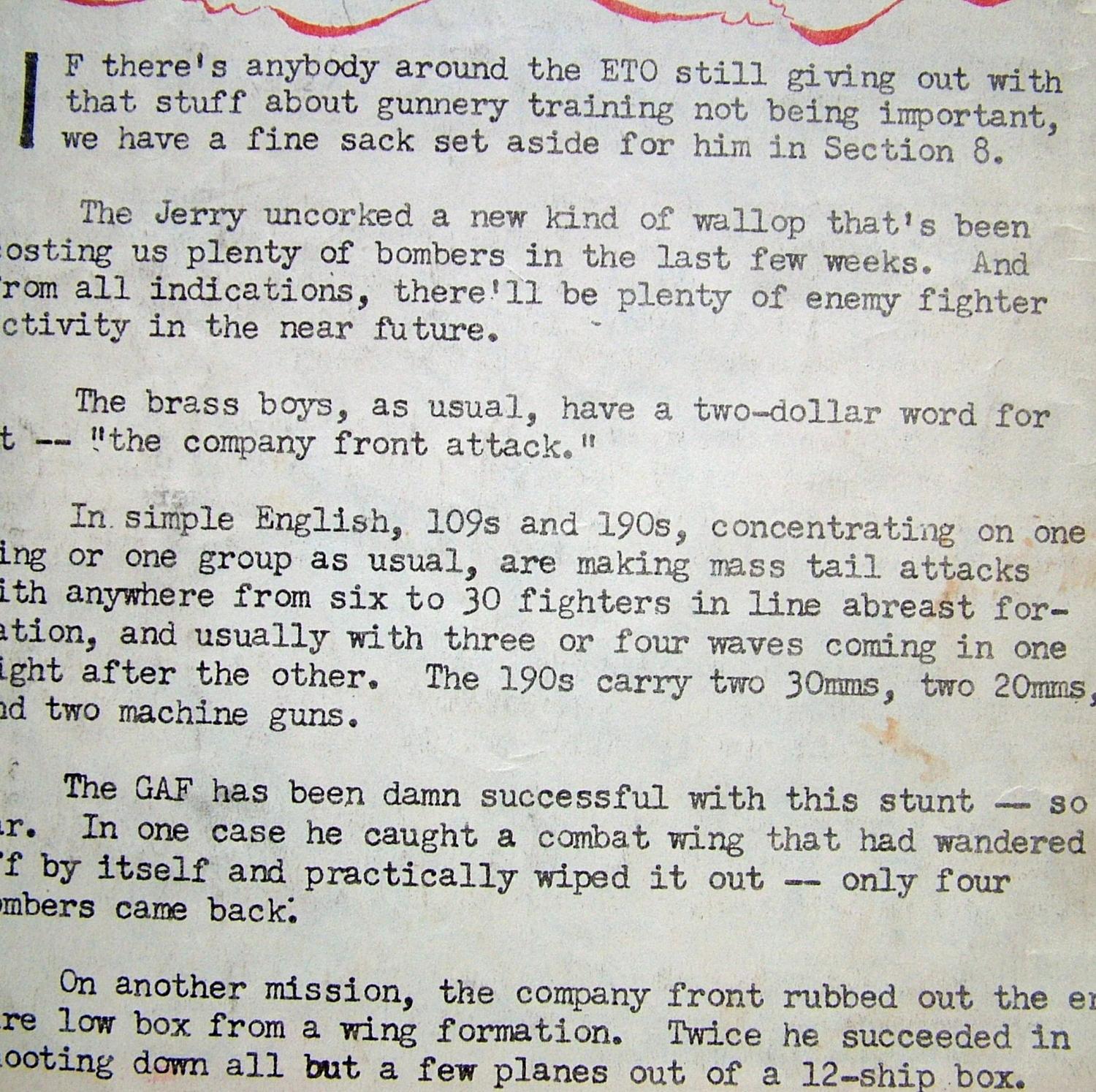 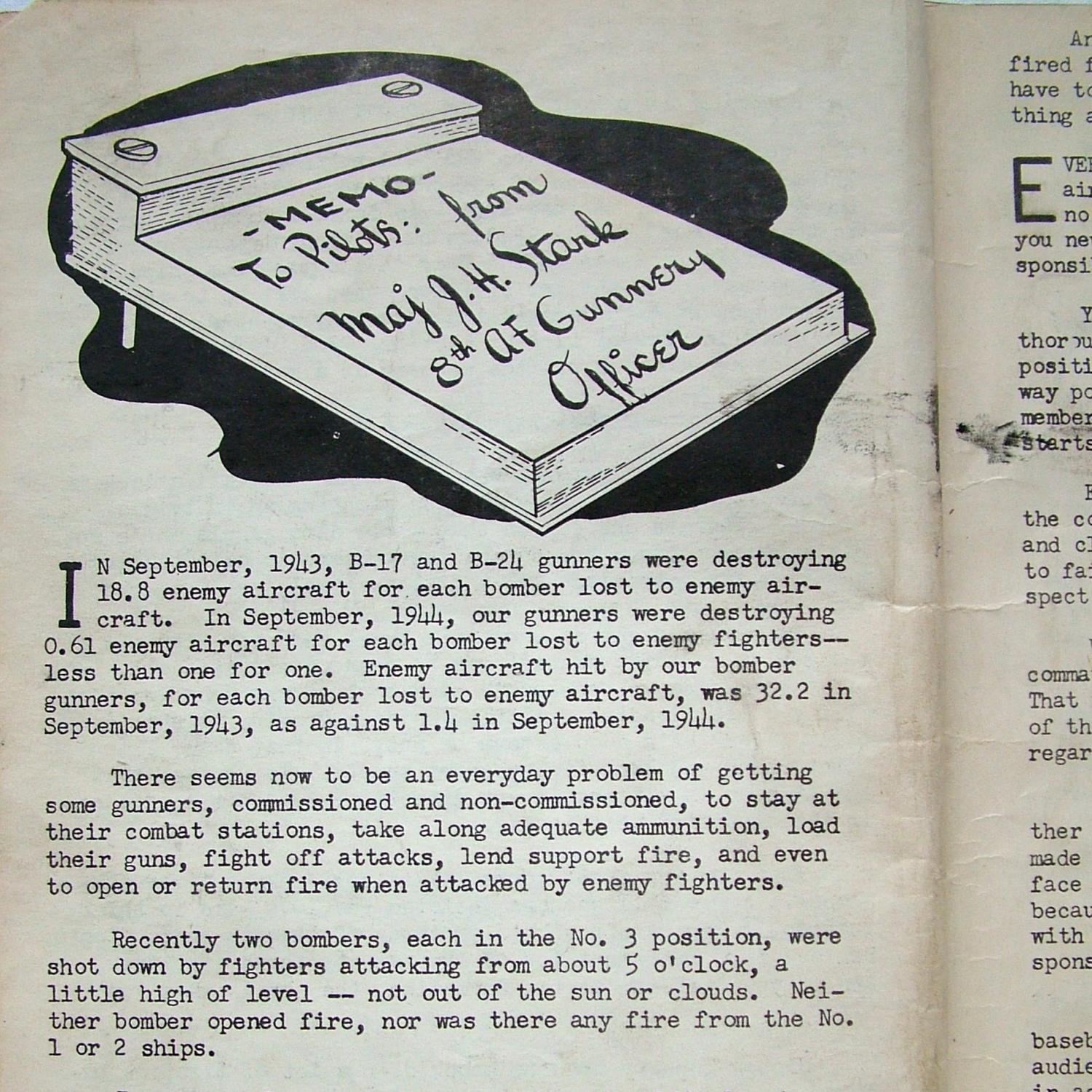 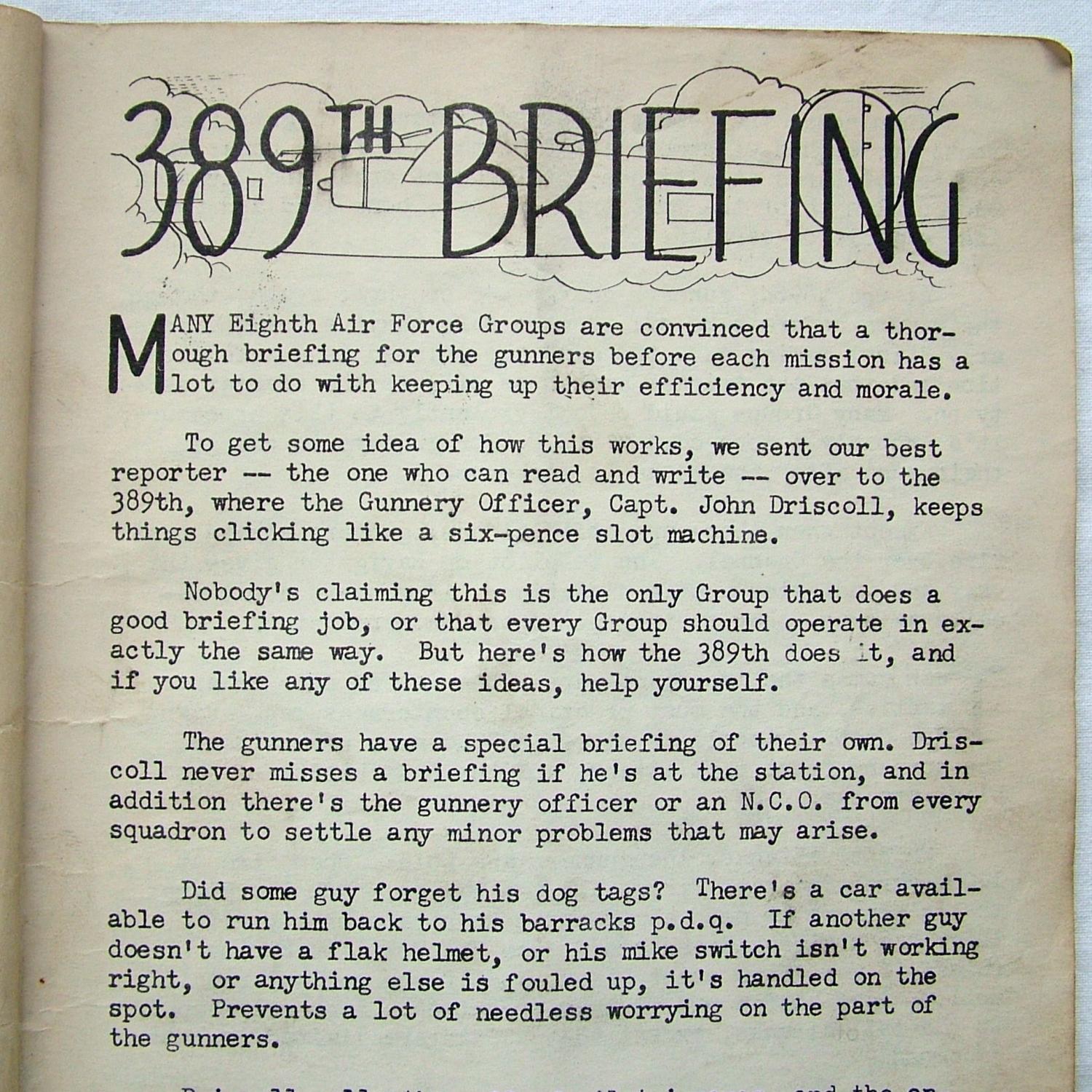 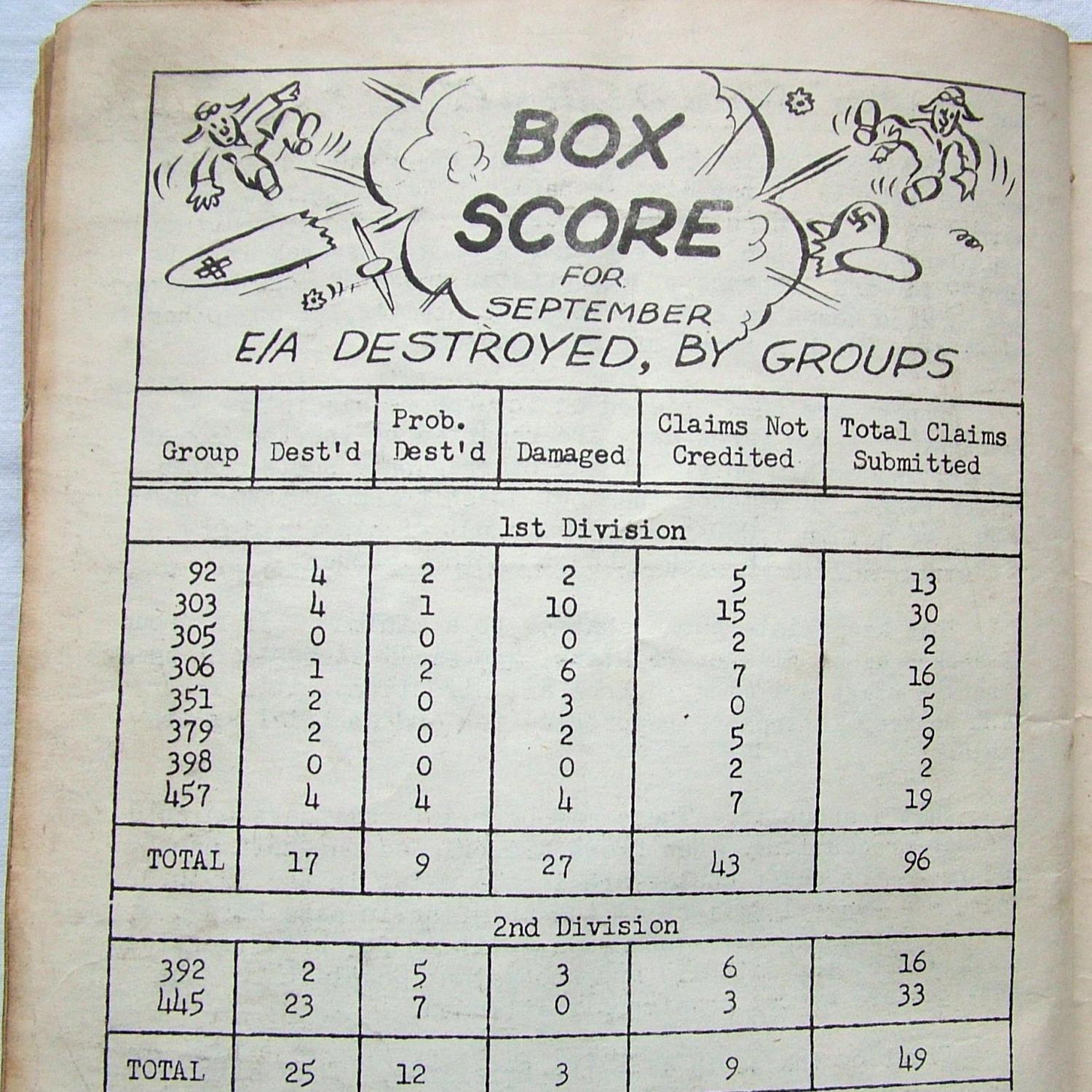 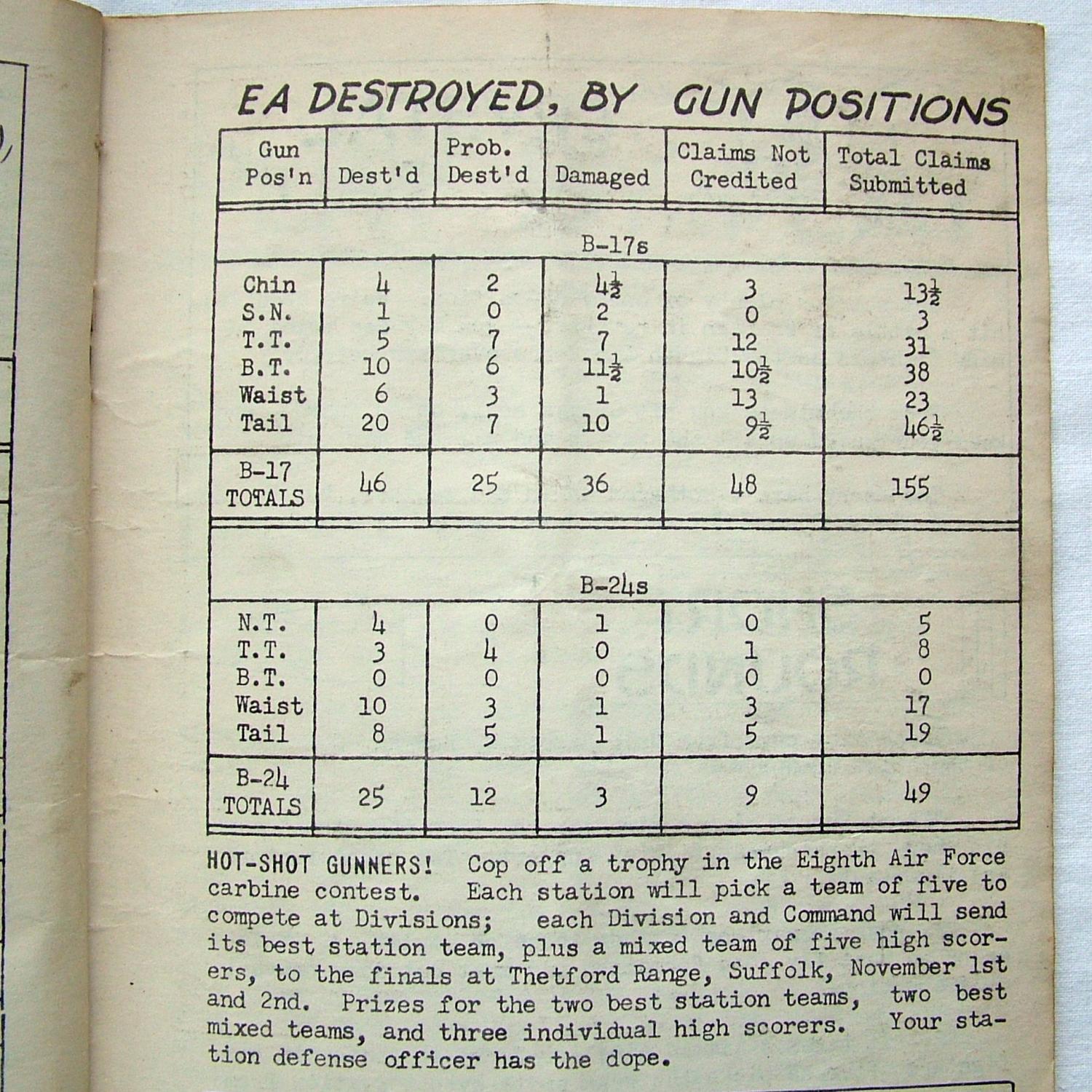 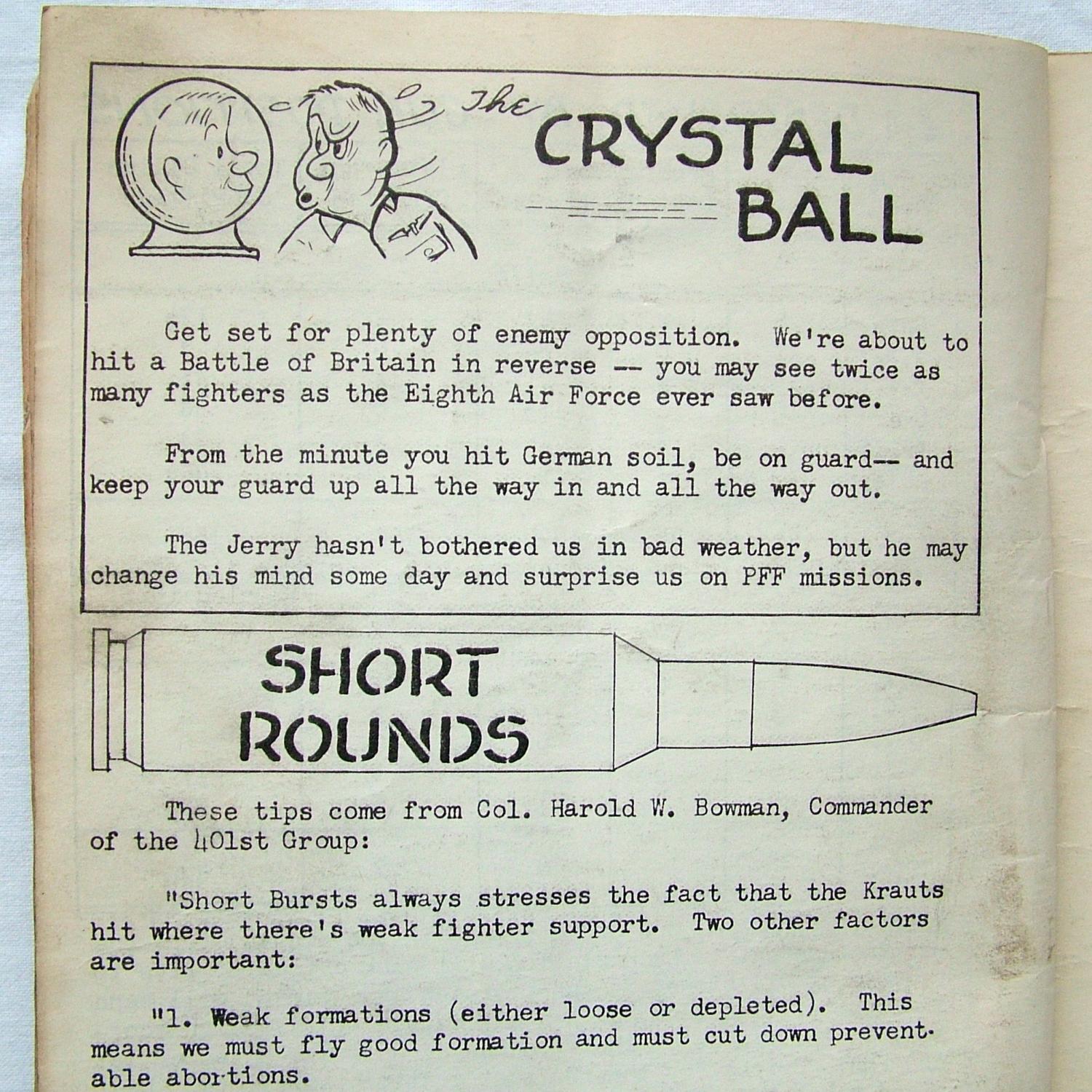 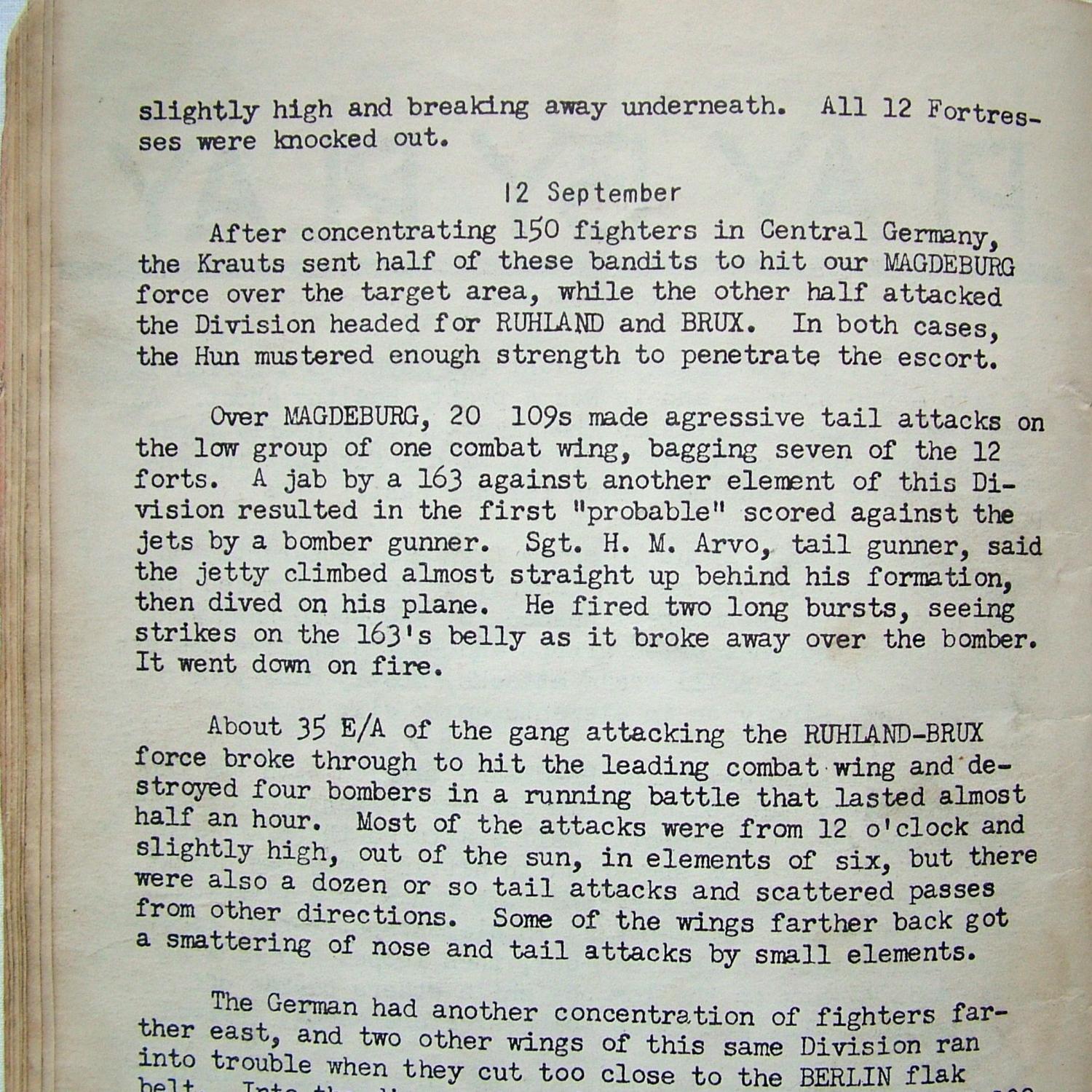 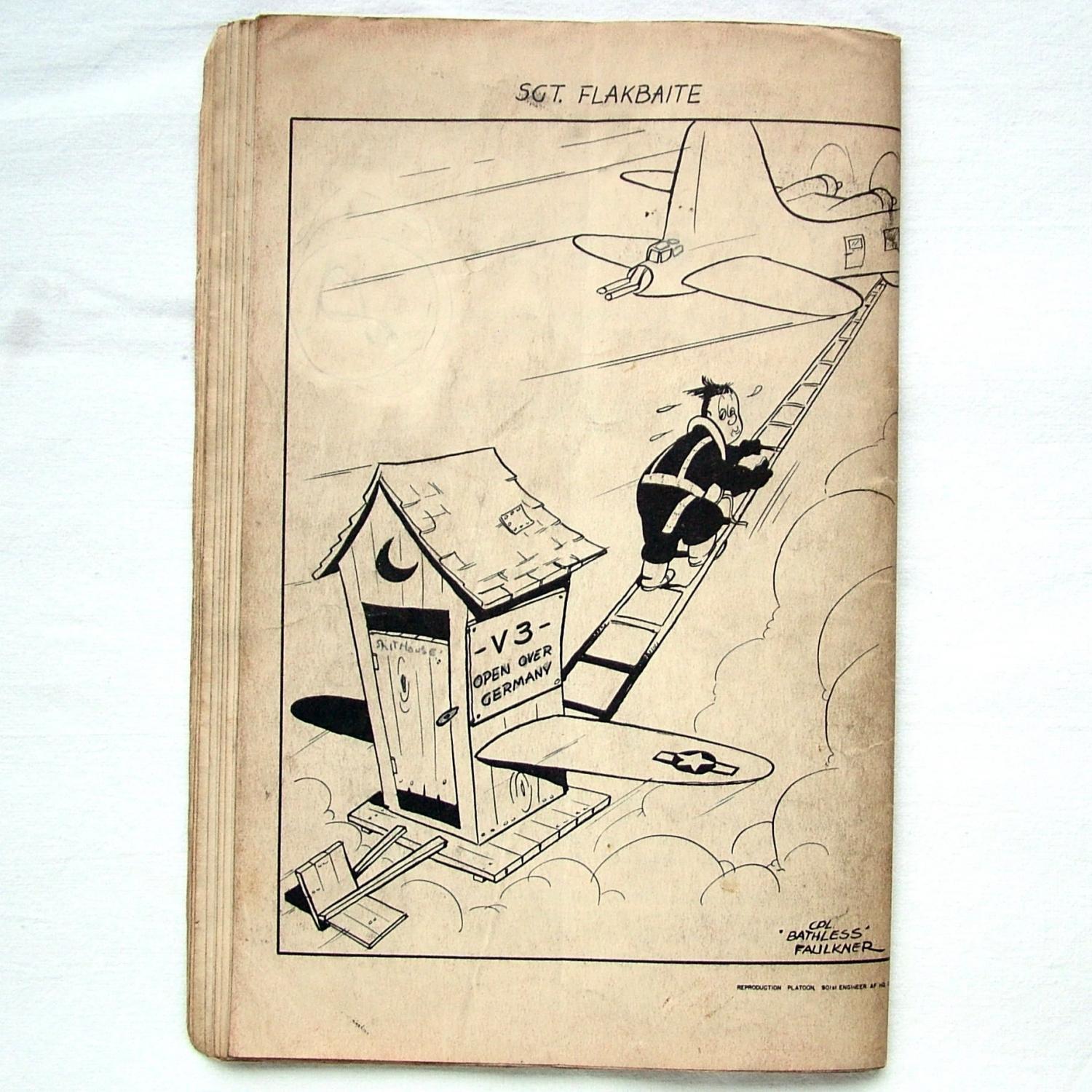