RAF / Air Ministry recognition cards.  Full set, July 1942.  Marked 'For Official Use Only'.  Box containing four packs of colour coded cards. The Red pack shows silhouettes of single engined aircraft; Blue show silhouettes of multi-engined single rudder aircraft; Orange show silhouettes of multi-engined twin rudder aircraft and Green show silhouettes of miscellaneous aircraft.  A 'key' sheet for each pack shows the various silhouettes of allied and enemy aircraft to be memorised and the cards were then used to test recognition of these.  Several different sets were produced during the war - this set dating from July 1942.   The key sheet for the green pack is missing but all the others are present. The cards are in very good condition but the red pack has no box, the cards held together in a greasepaper sleeve. The blue cards are loose and the outer box has no lid.  Also comes with instruction leaflet for playing various recognition games. Stock code P19018. 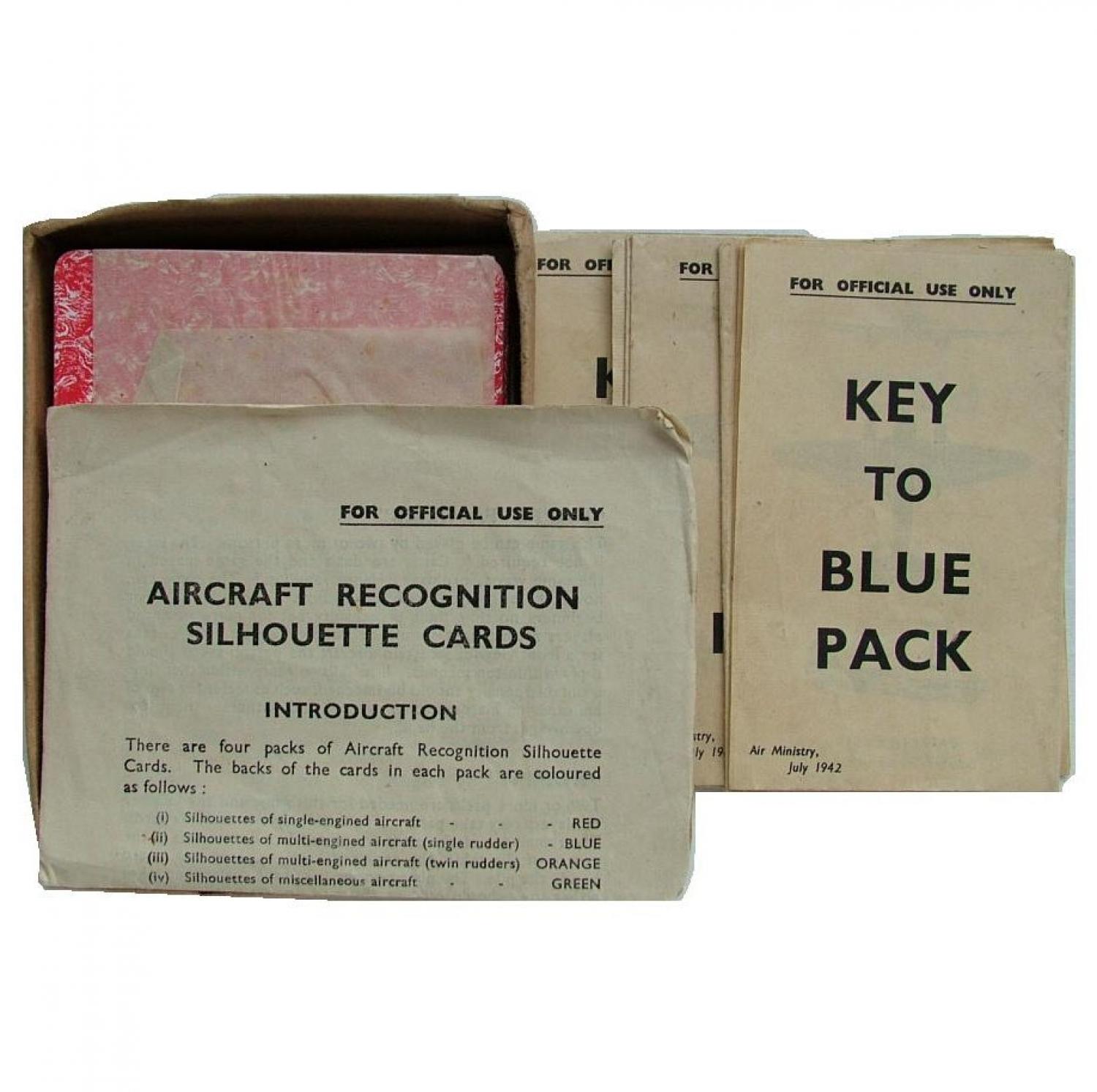 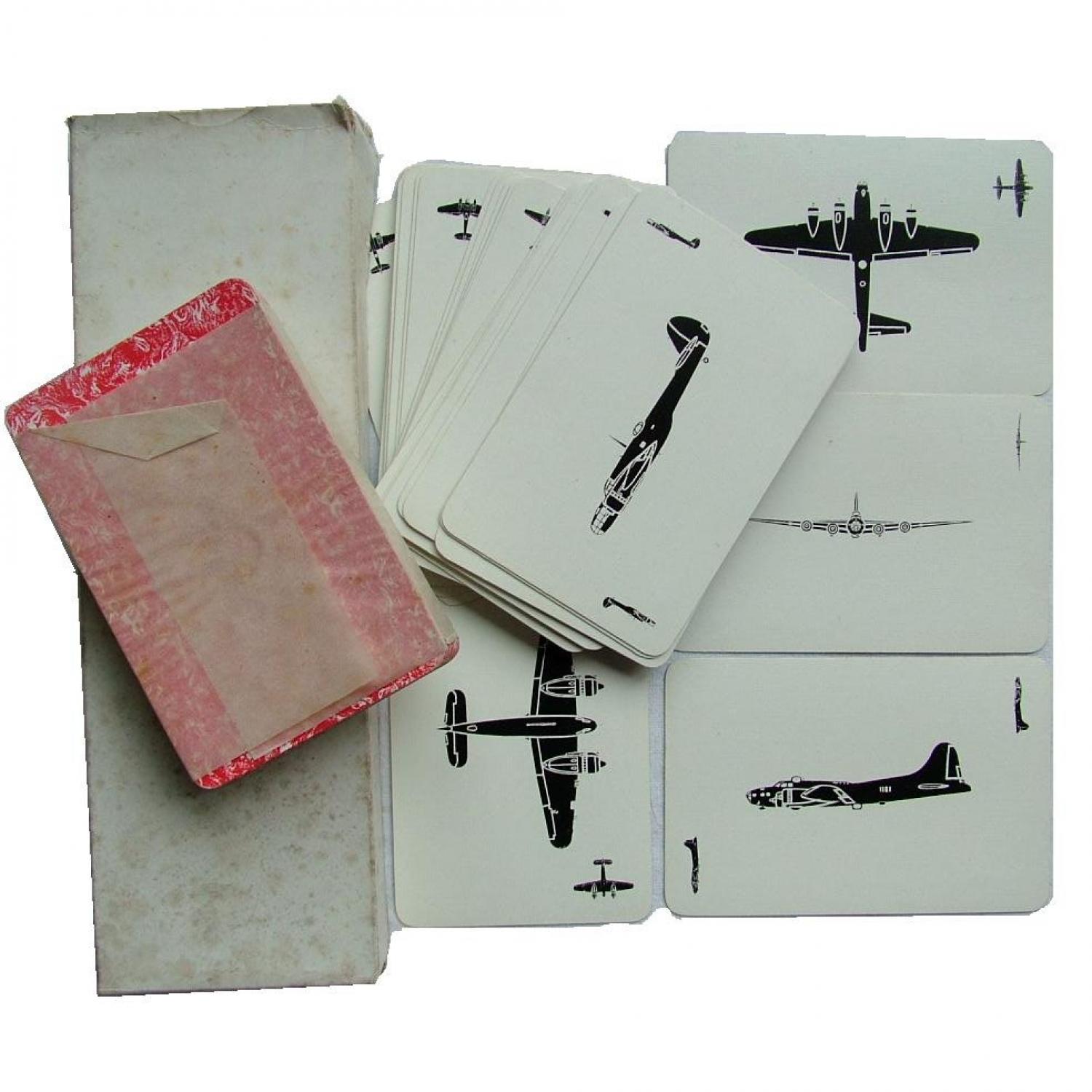 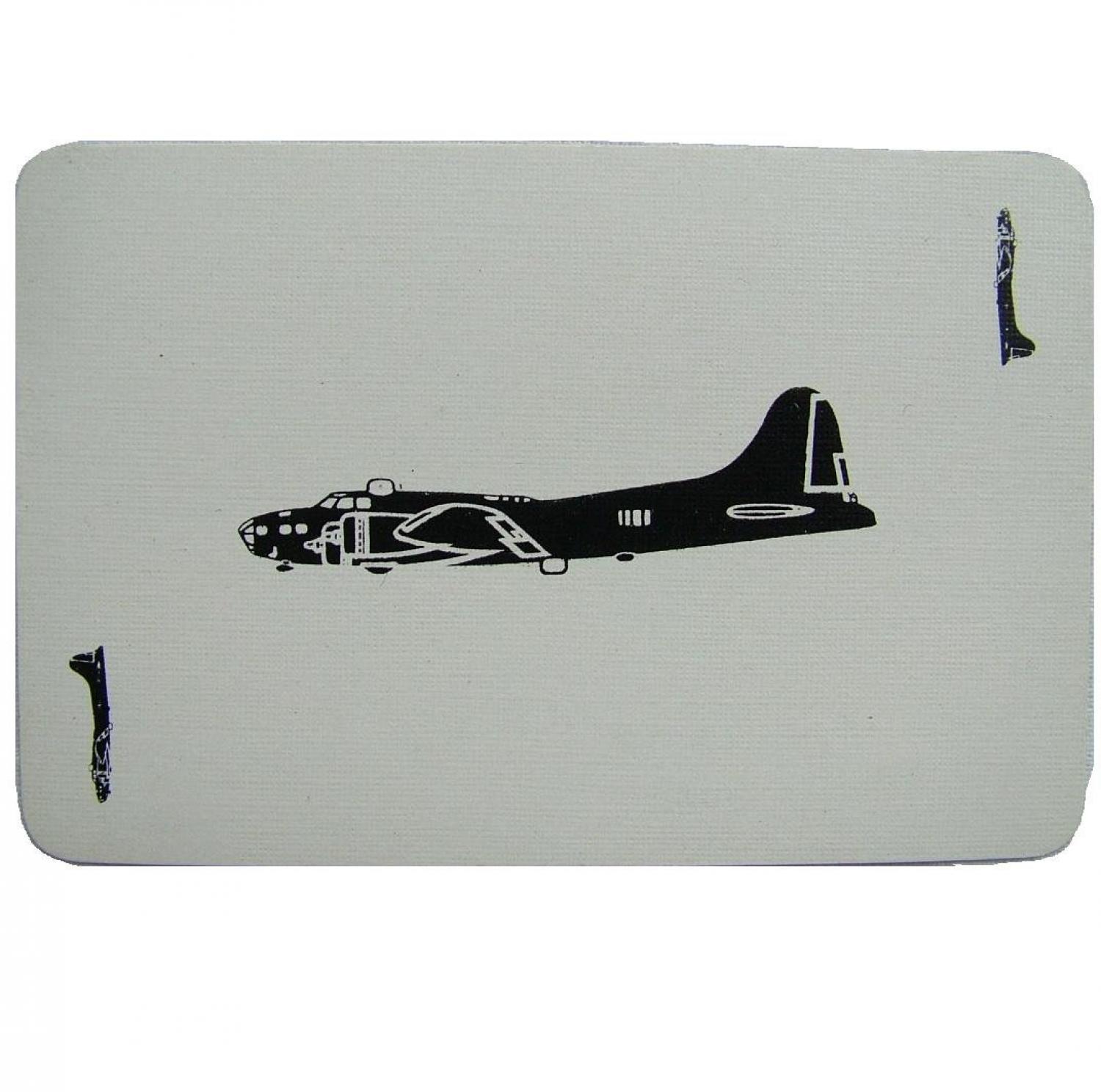 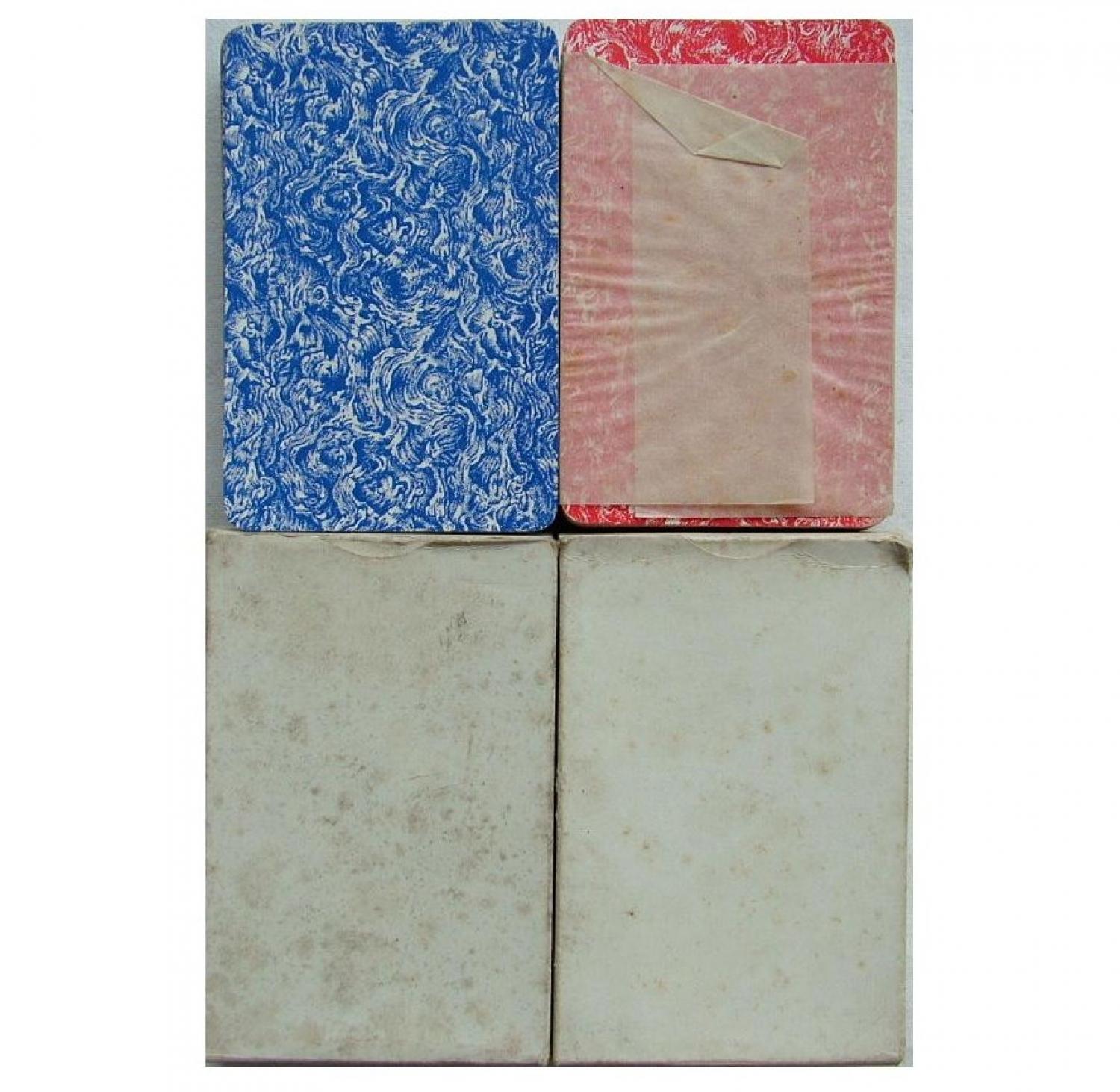 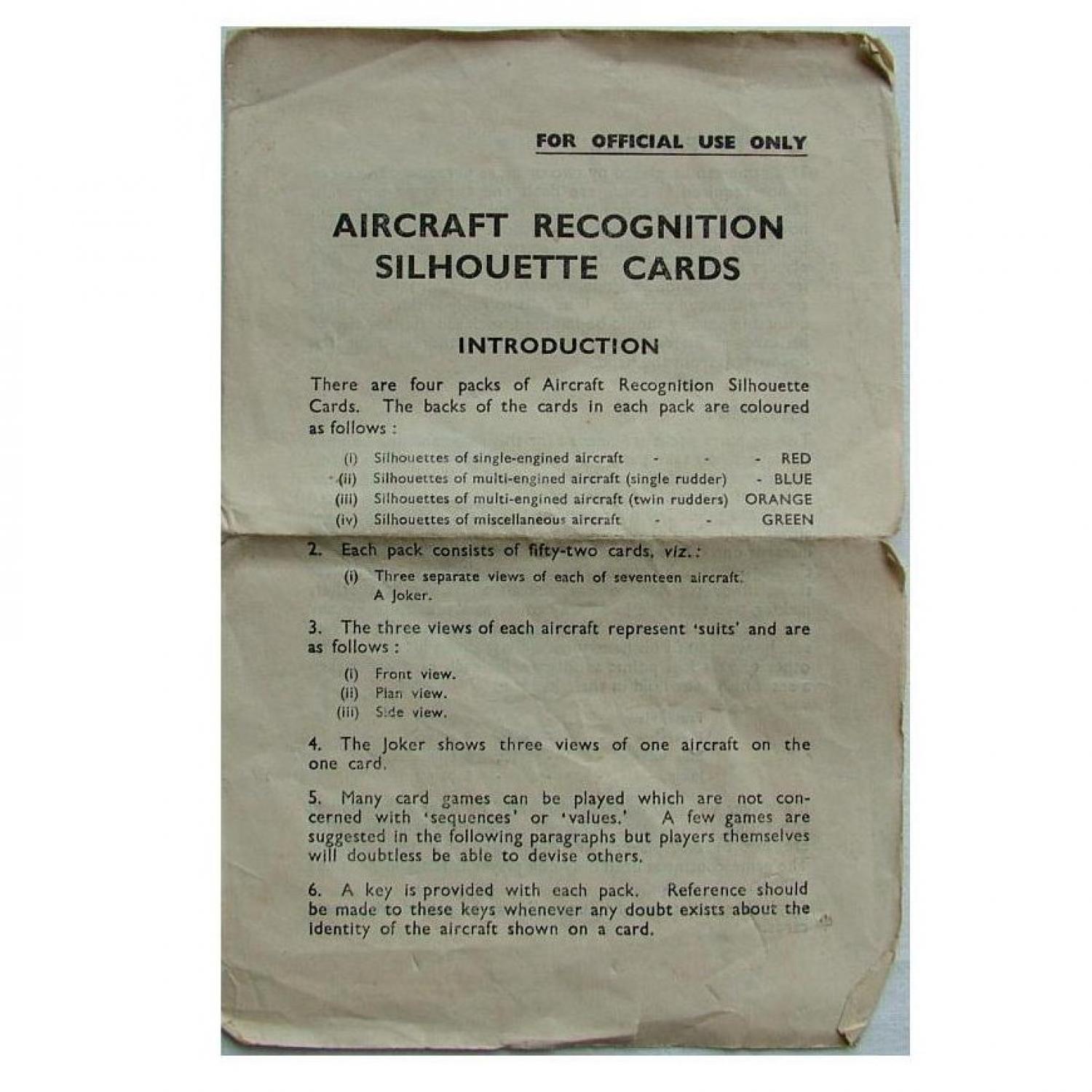 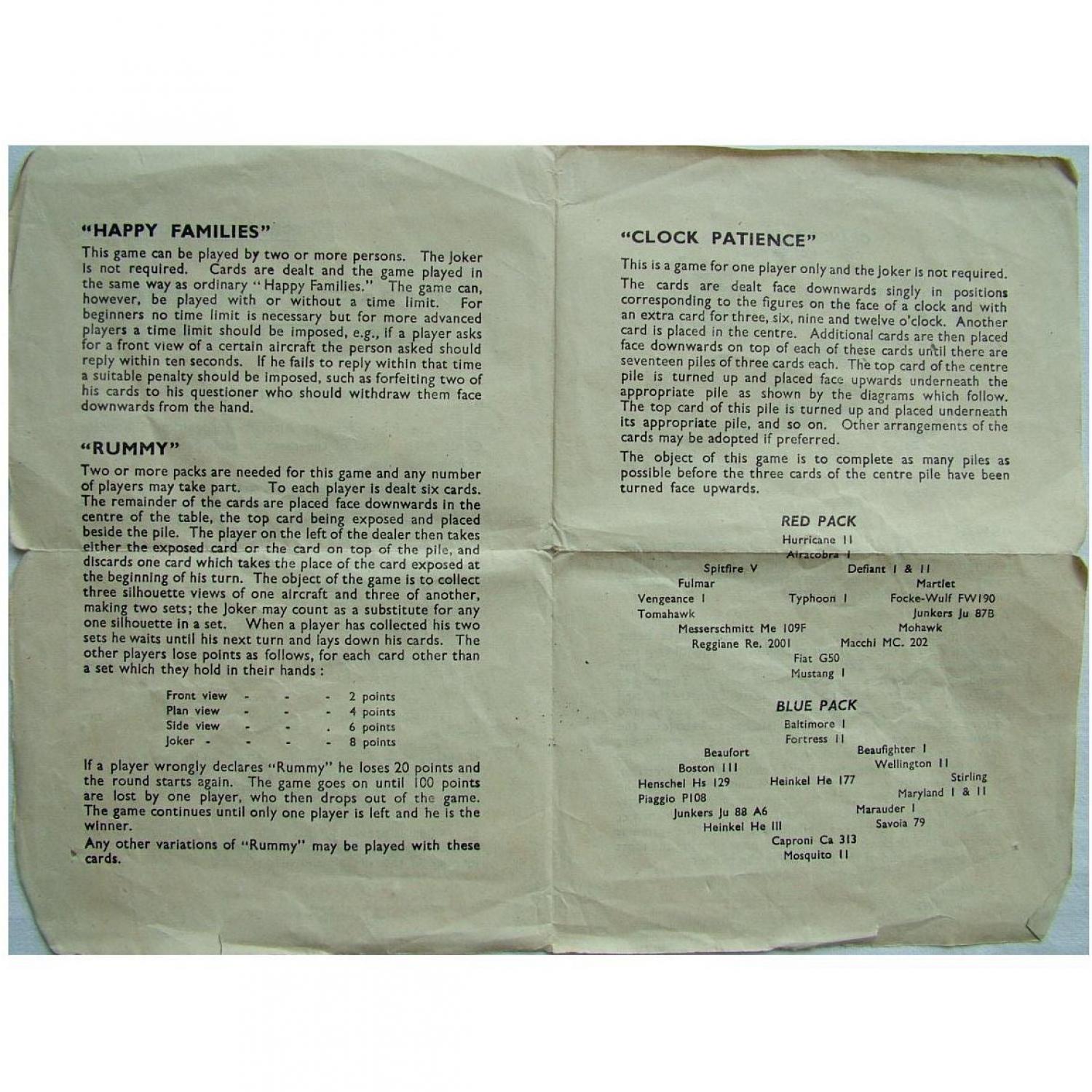 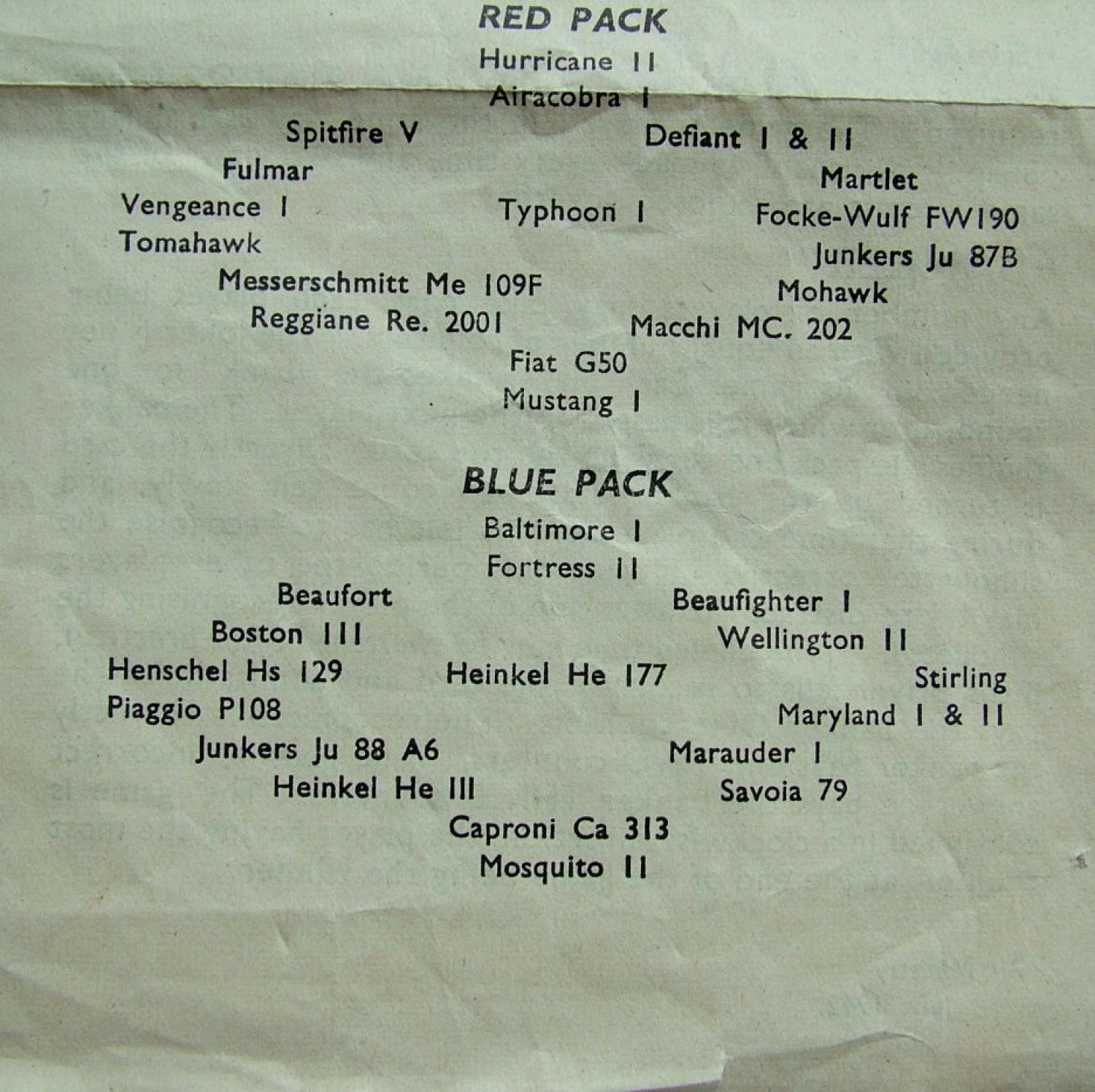 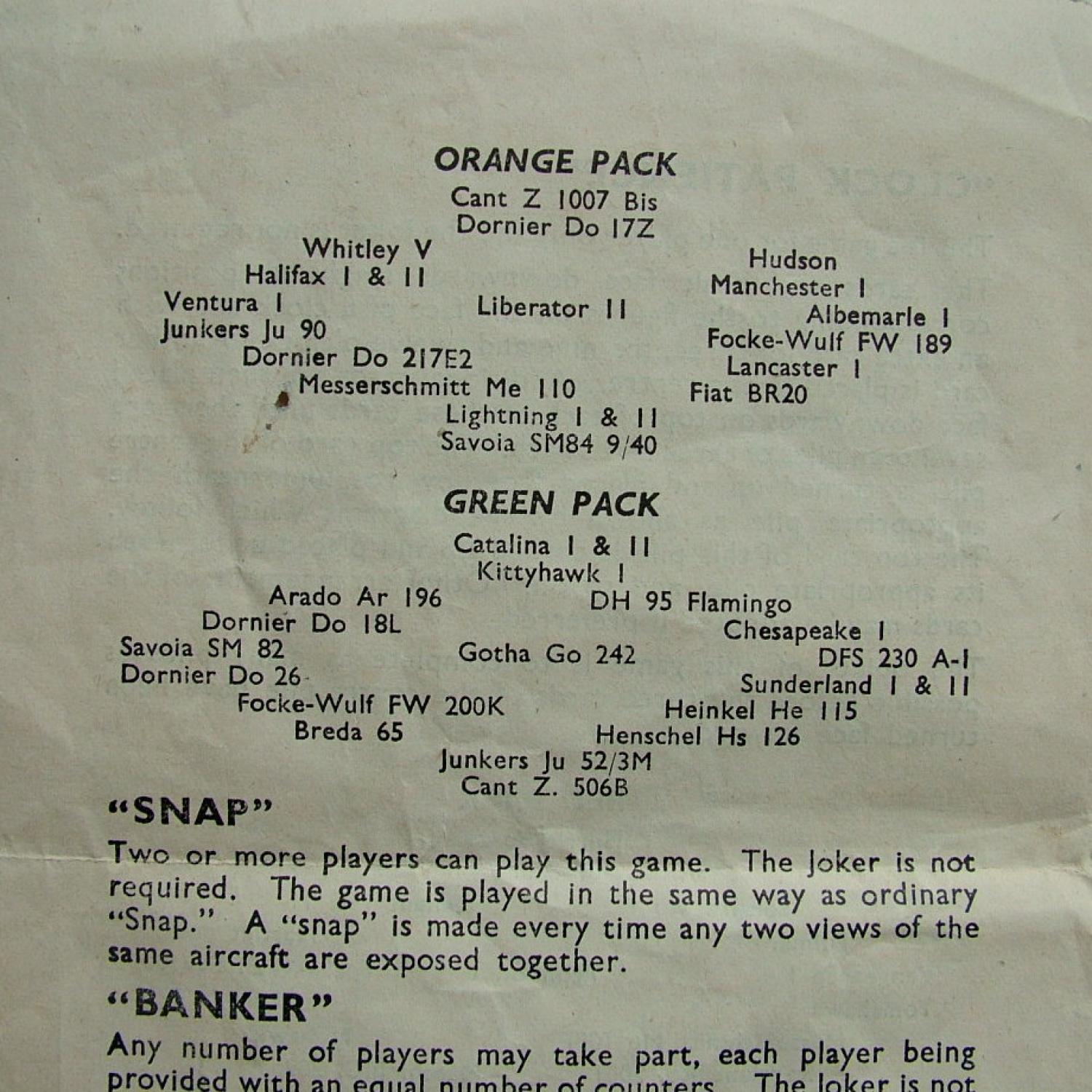 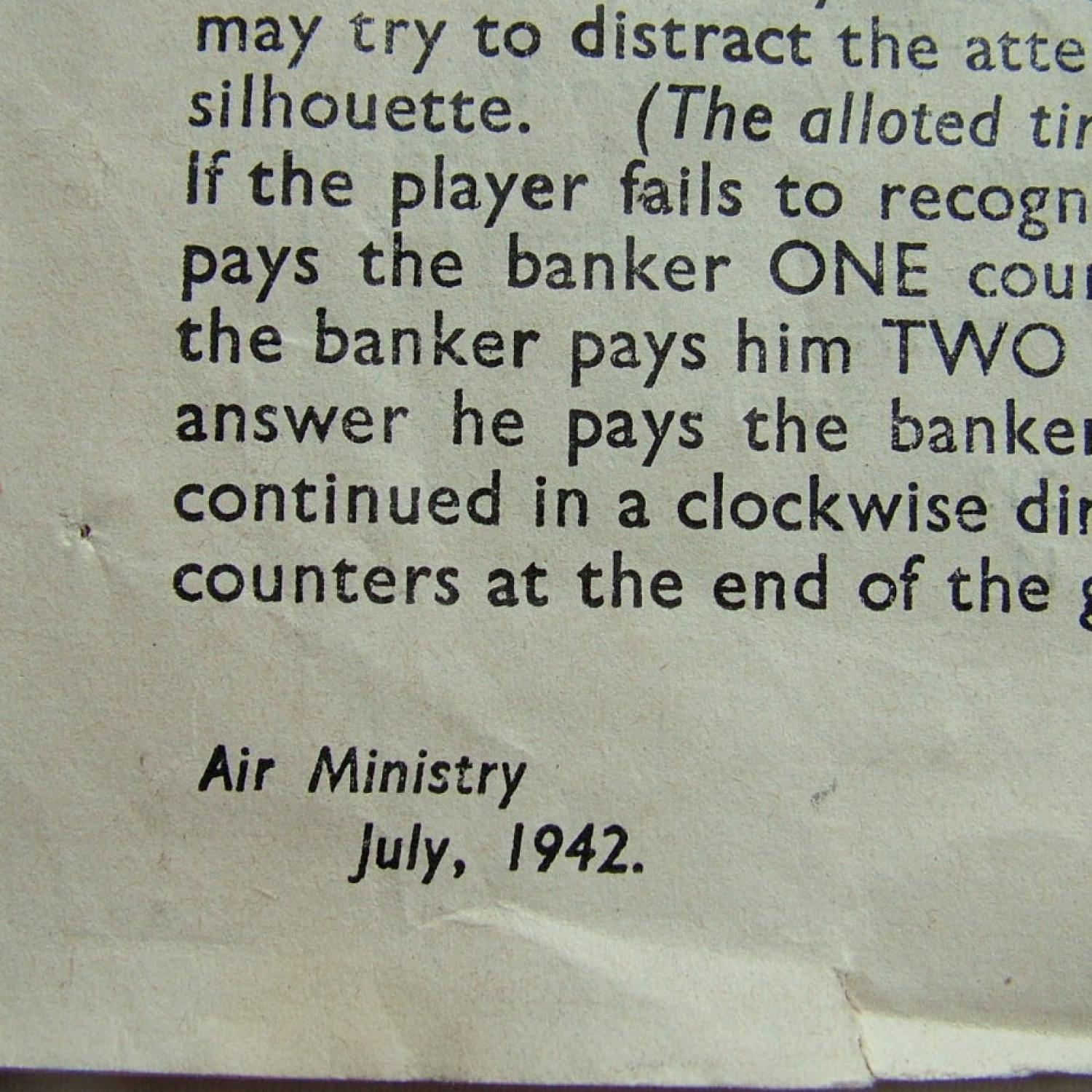 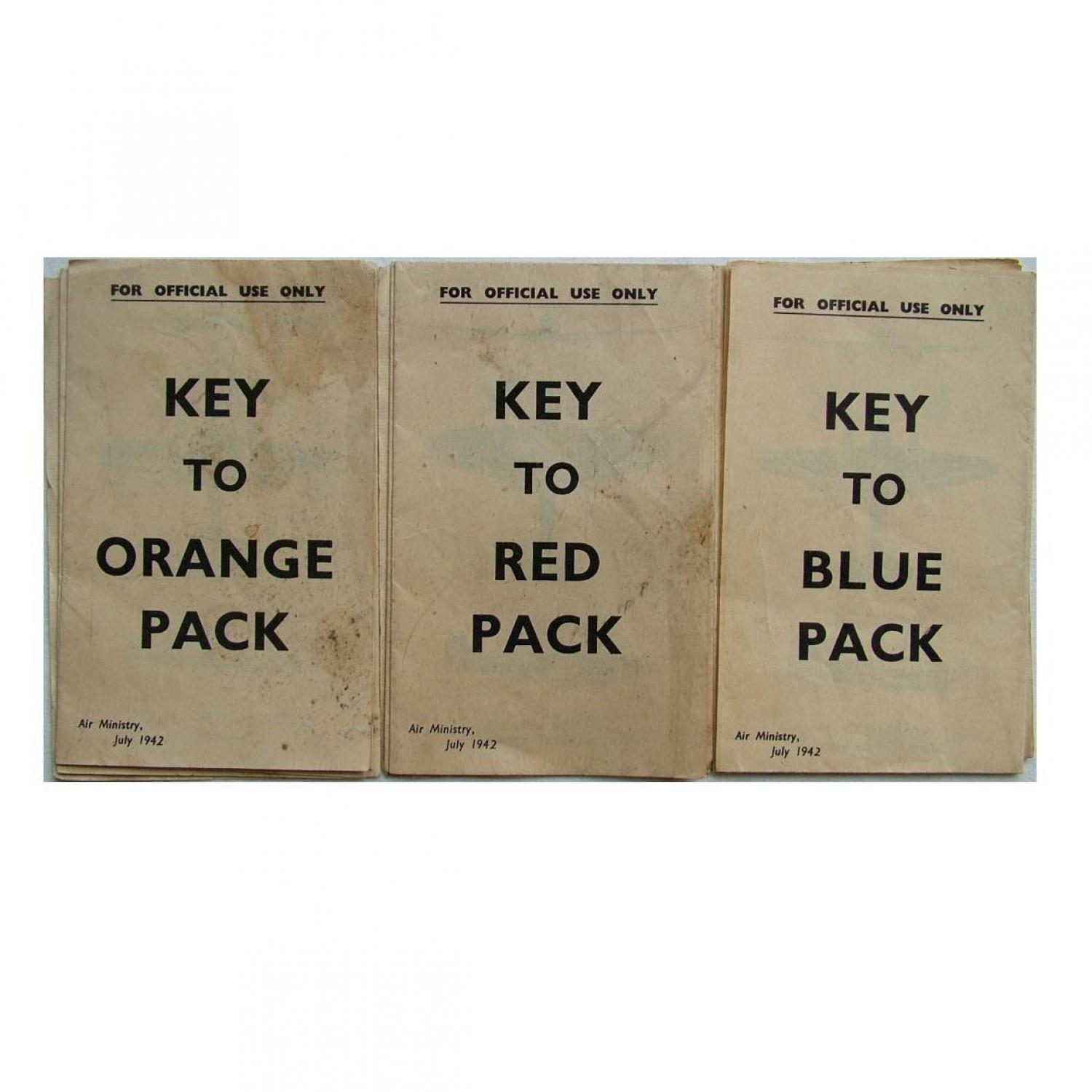 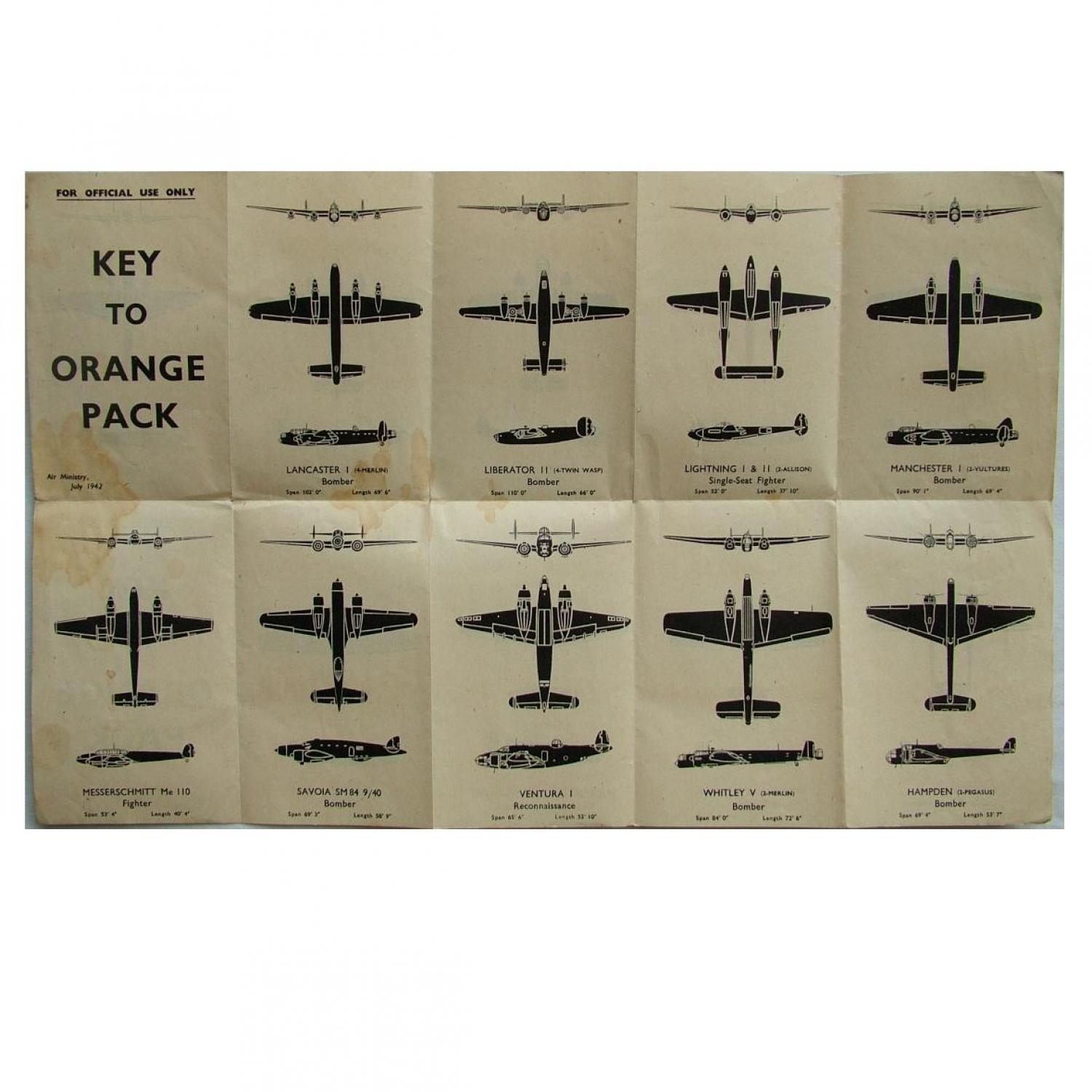 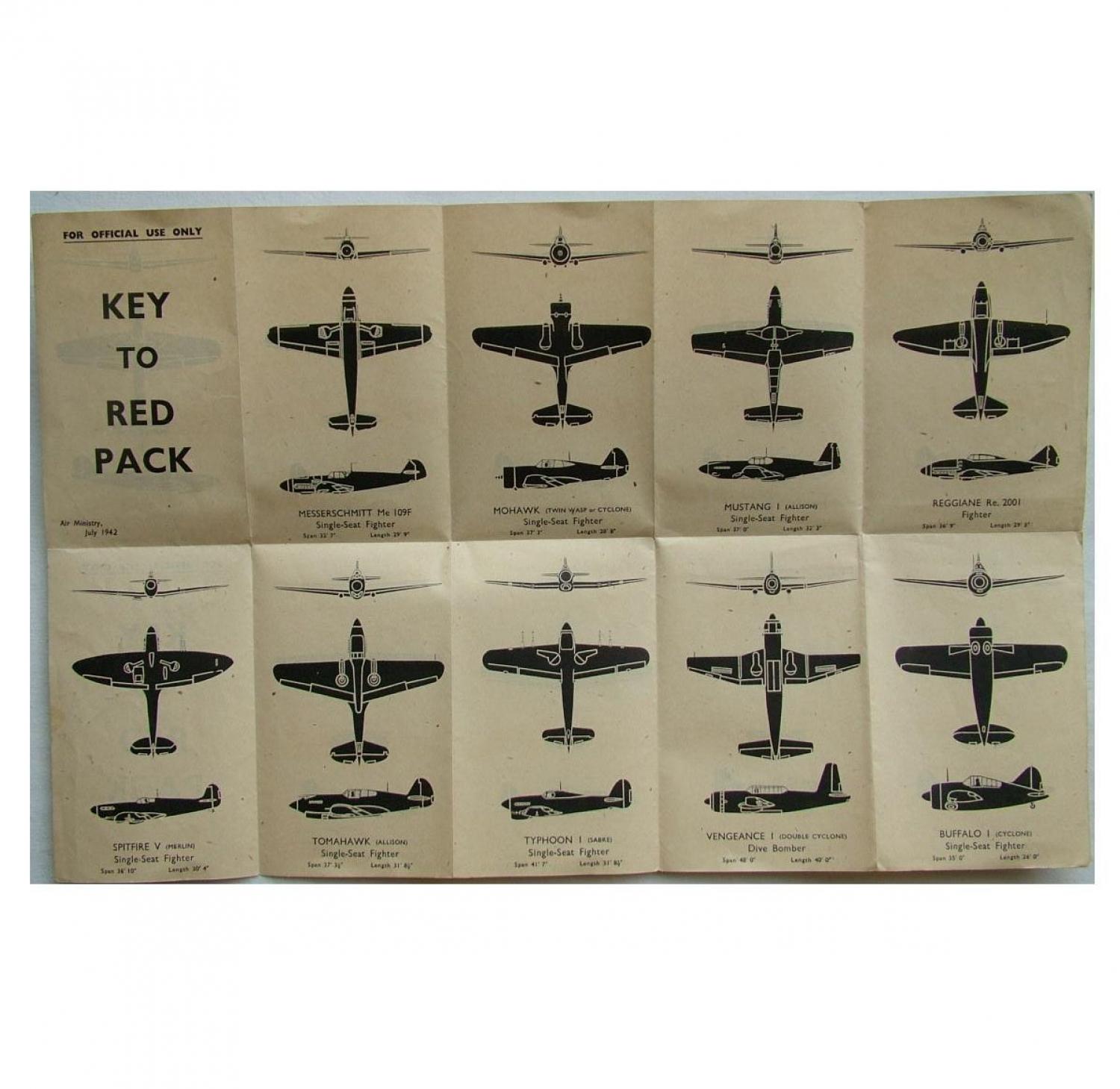 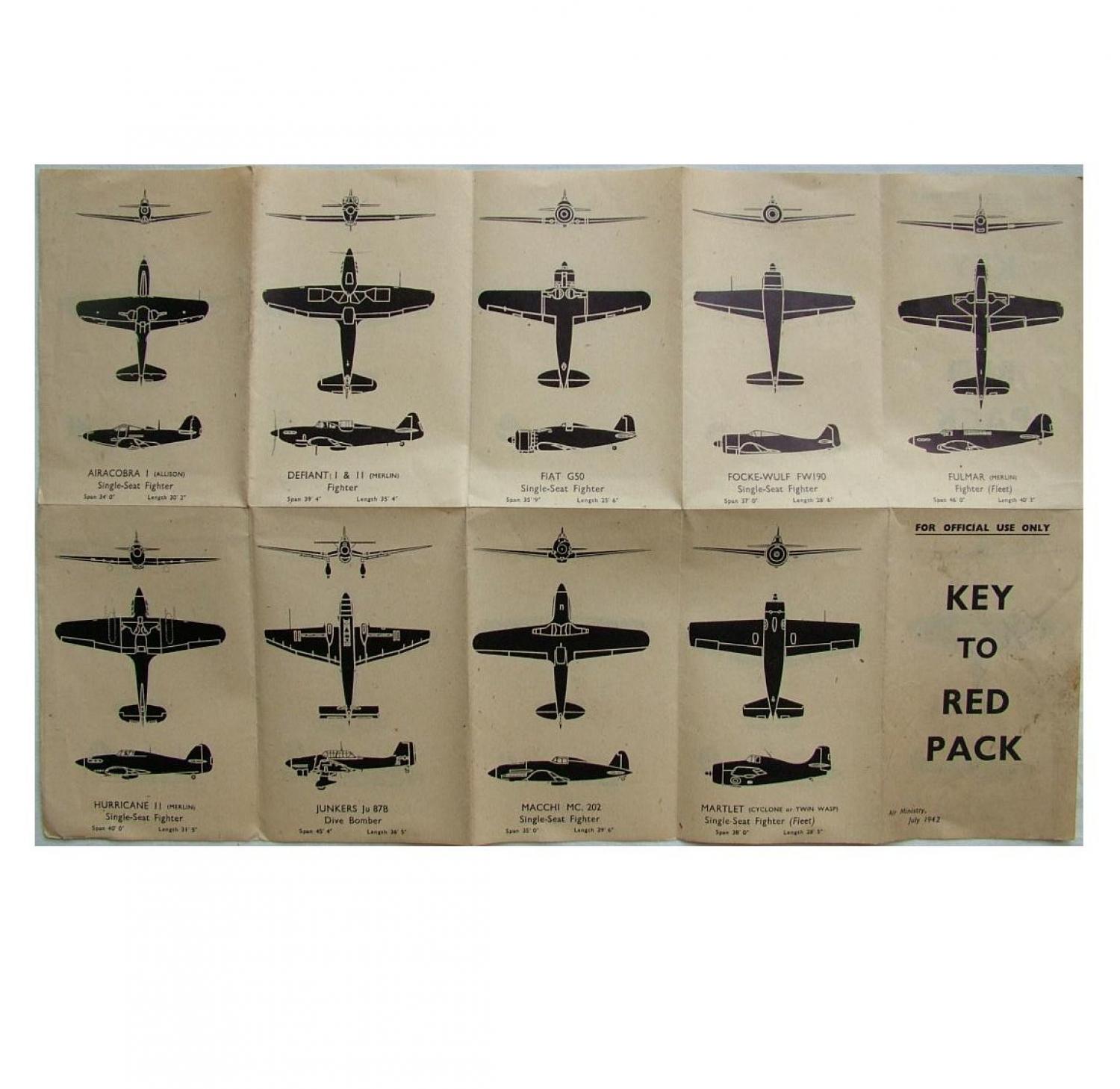