Documents relating to RAF Air Bomber/Observer Warrant Officer Derek Furneaux Roberts (189391).  Comprises his service and release book, pay book, invitation and menu for a dinner given for No.2 Bombers Course, 41 Air School in November 1942 (signed) and a small group photograph of the course (13 x 9cm).  Also comes with his original fibre ID 'dog-tags'.  Roberts was called up in 1941 at the age of 19 and trained to be a bomb aimer in South Africa during 1942.  By 1943 he was flying operationally over Germany in Halifax bombers and was mentioned in dispatches for assisting his rear gunner who had his foot blown off during a mission.  He flew a second tour in 1945 with 100 Group (Bomber Support) Special Duties flying Liberators.  Good used condition.  Stock code P17489. 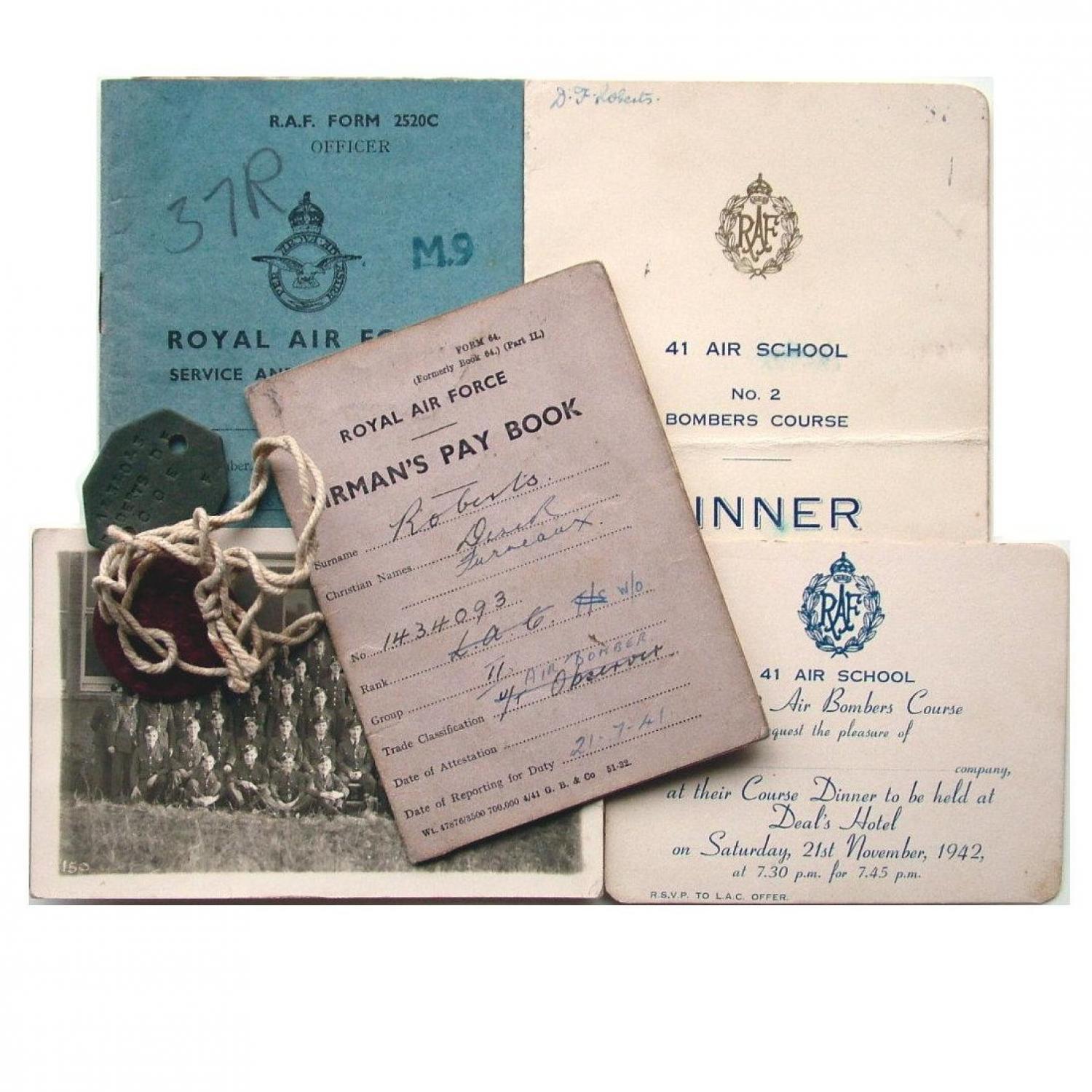 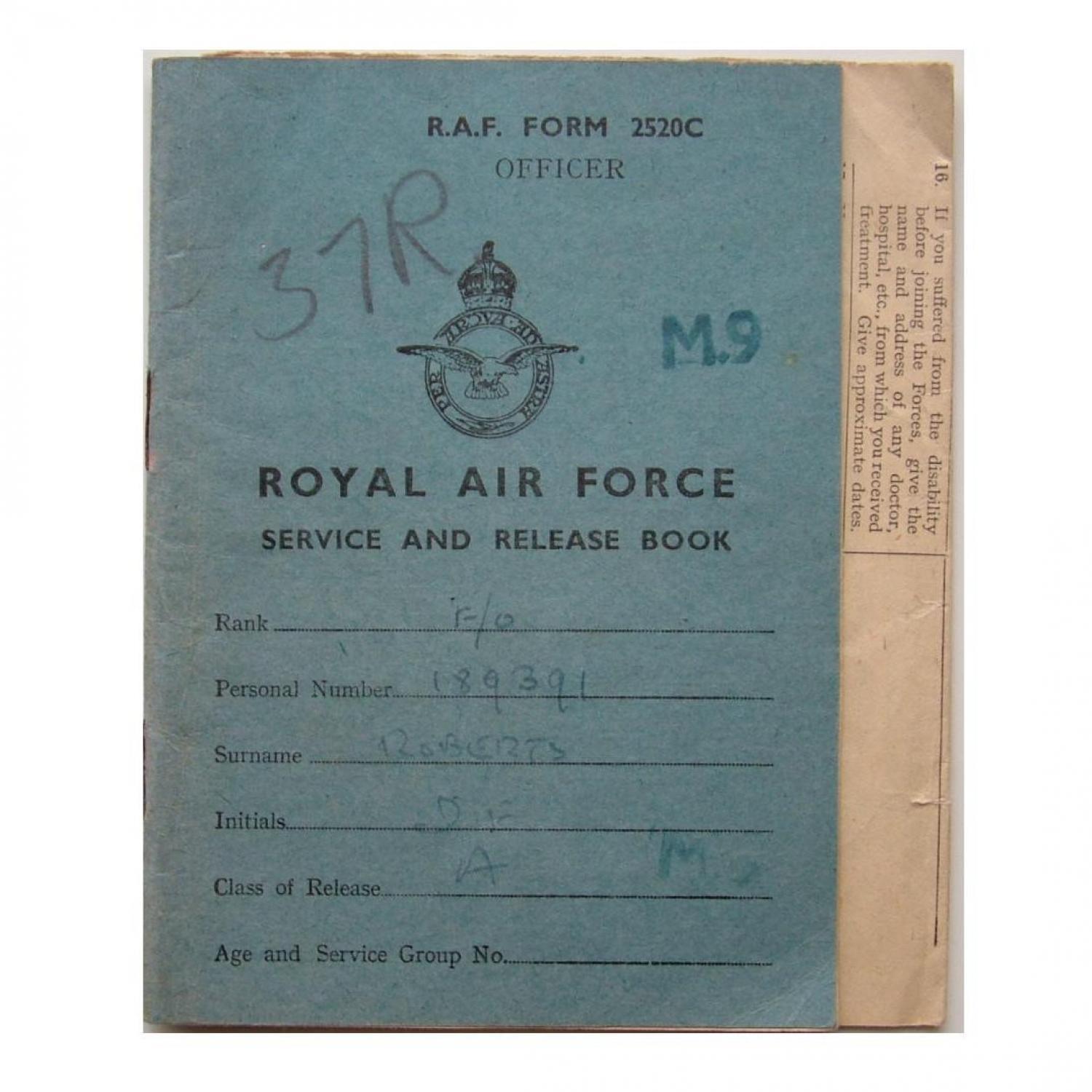 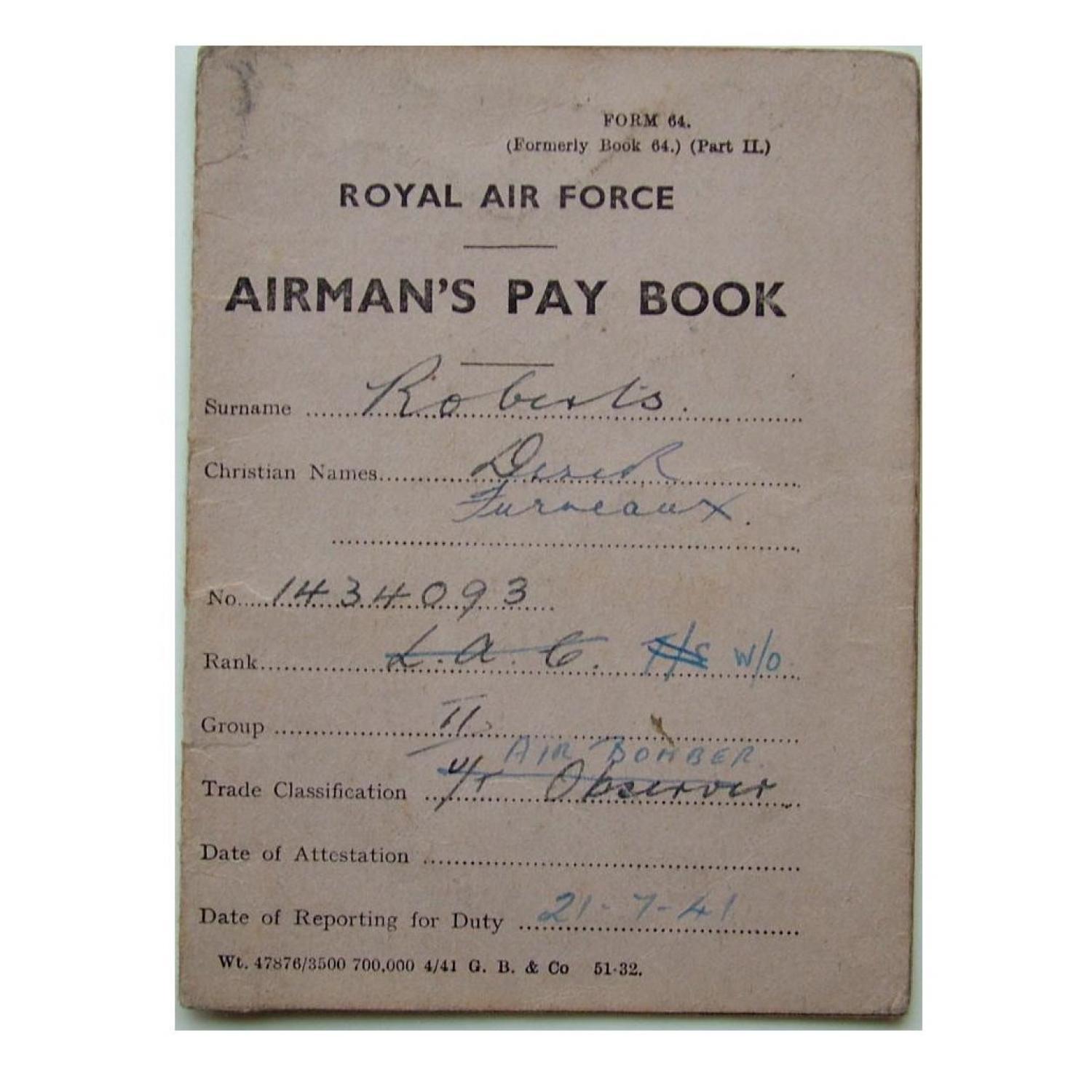 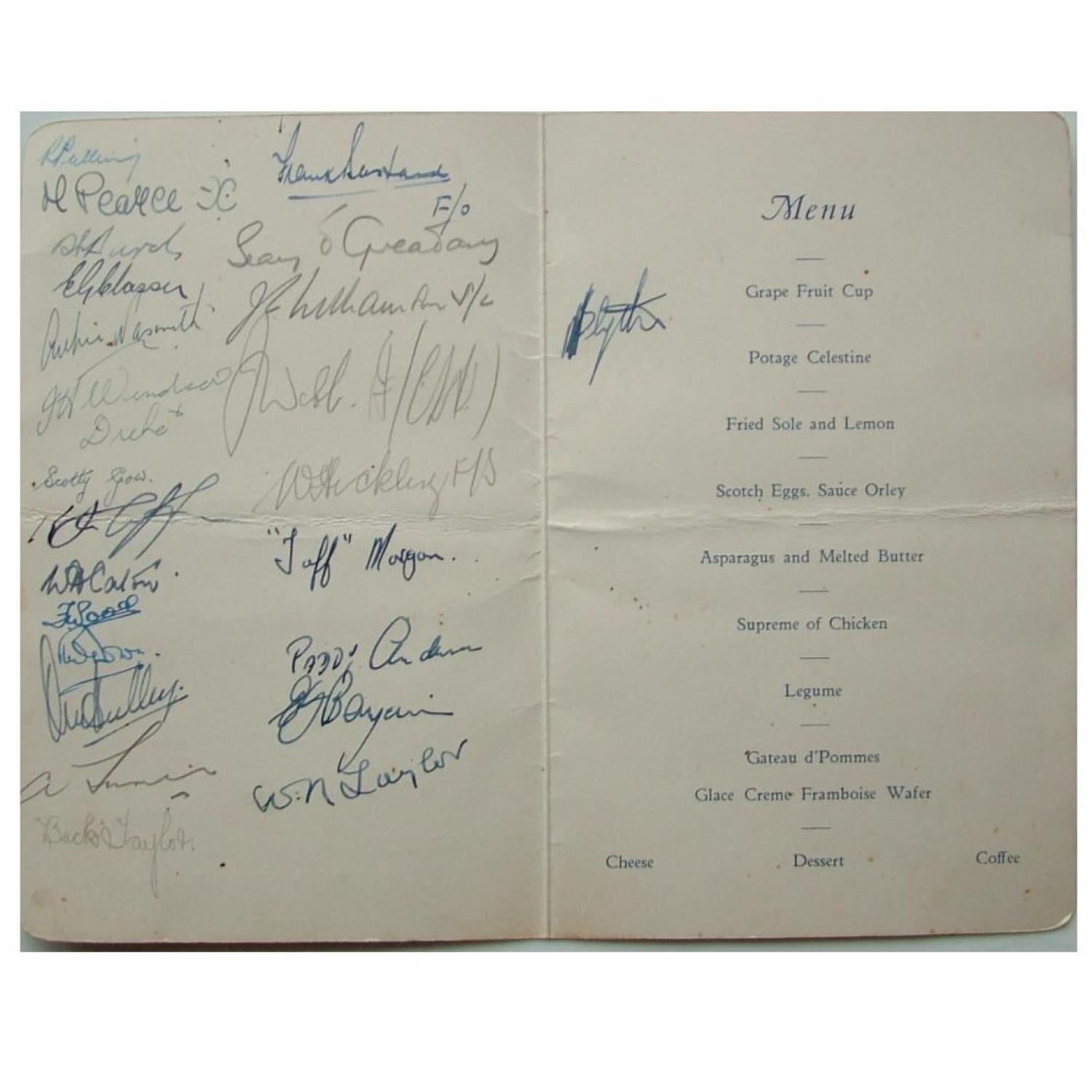 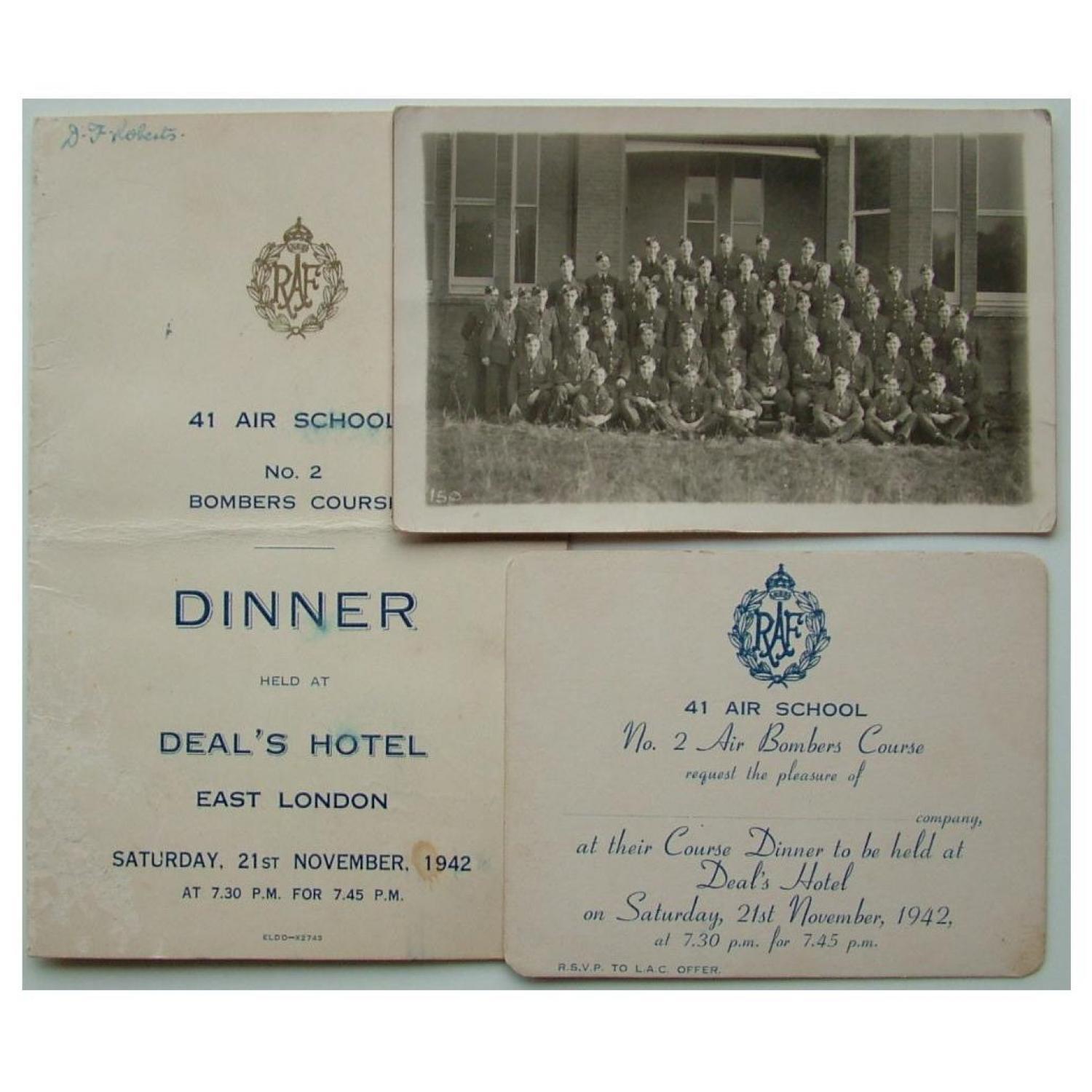 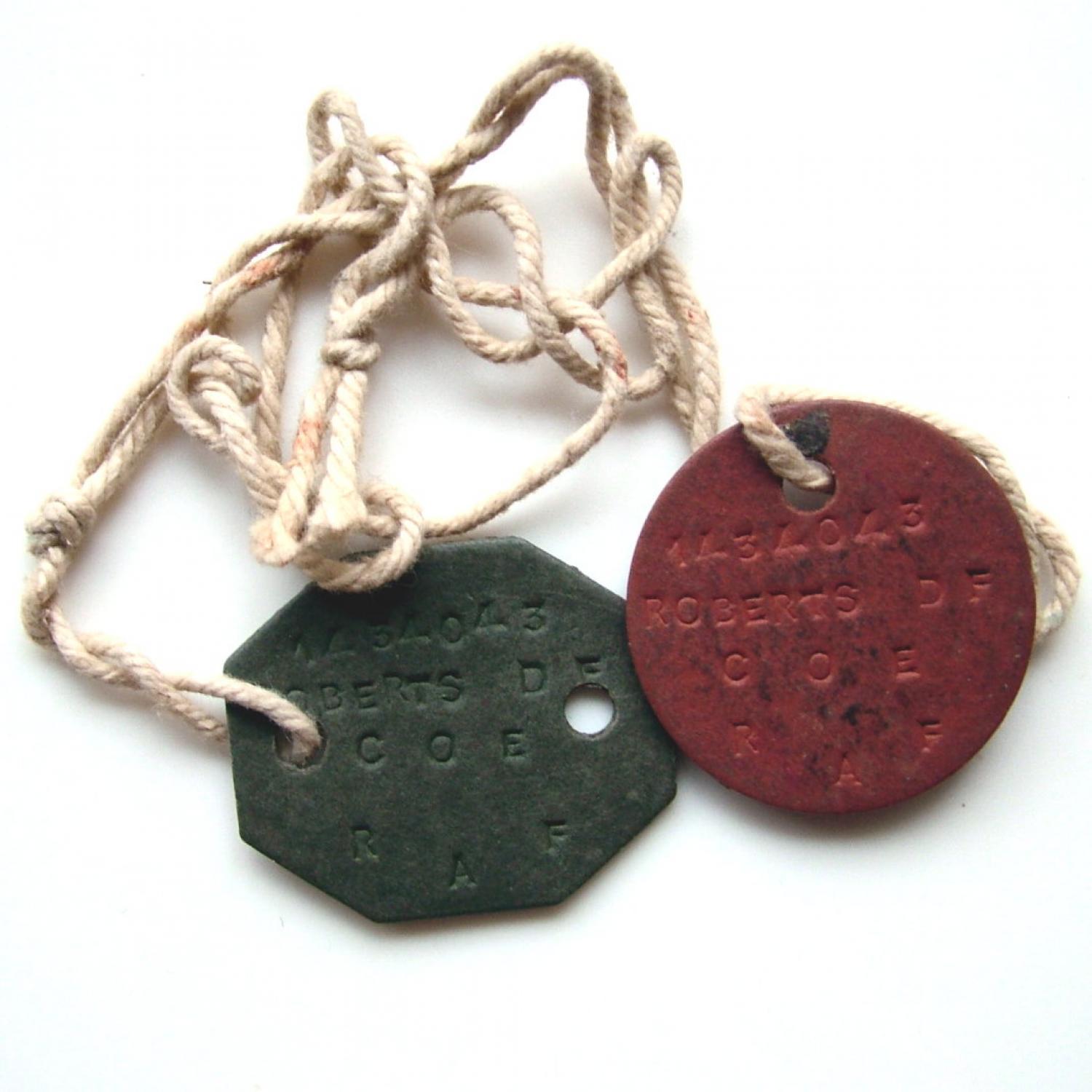