Twelve official Air Ministry black and white photographs relating to the Uffa Fox Airborne Lifeboat.  Uffa Fox was born in Cowes in 1898.  After his stepson ditched in the English Channel he set about designing a lifeboat that could be carried beneath an aircraft and dropped into the sea close to the downed airmen.  The result was a self-righting 32' canoe-shaped boat equipped with emergency equipment, a radio with associated kite, waterproof suits, rations and medical supplies.  It was powered by two 4hp engines sufficient to power the boat to about 6 knots.  Supplementary sailing gear was provided with mast and sails plus basic sailing instructions. The lifeboat was dropped from a height of around 700',  its descent to the water slowed by six parachutes that were jettisoned on contact followed by the rocket launch of 300'  lifelines. This group of photographs vary in size a little but most are around 10 x 15cm and show the radio, rocket launched kite, standard box kite, first aid kit, front and rear of the boat, engine etc.  The remaining photos (all around 13 x 13cm) are airborne shots of the lifeboat slung beneath a Lockheed Hudson bomber and dinghies in the sea.  All are printed on Air Ministry paper, are stamped 'Headquarters, Flying Training Command, Photographic Section'  and dated between August and September 1943.  An interesting lot.  Very good condition.  Stock code P20625. 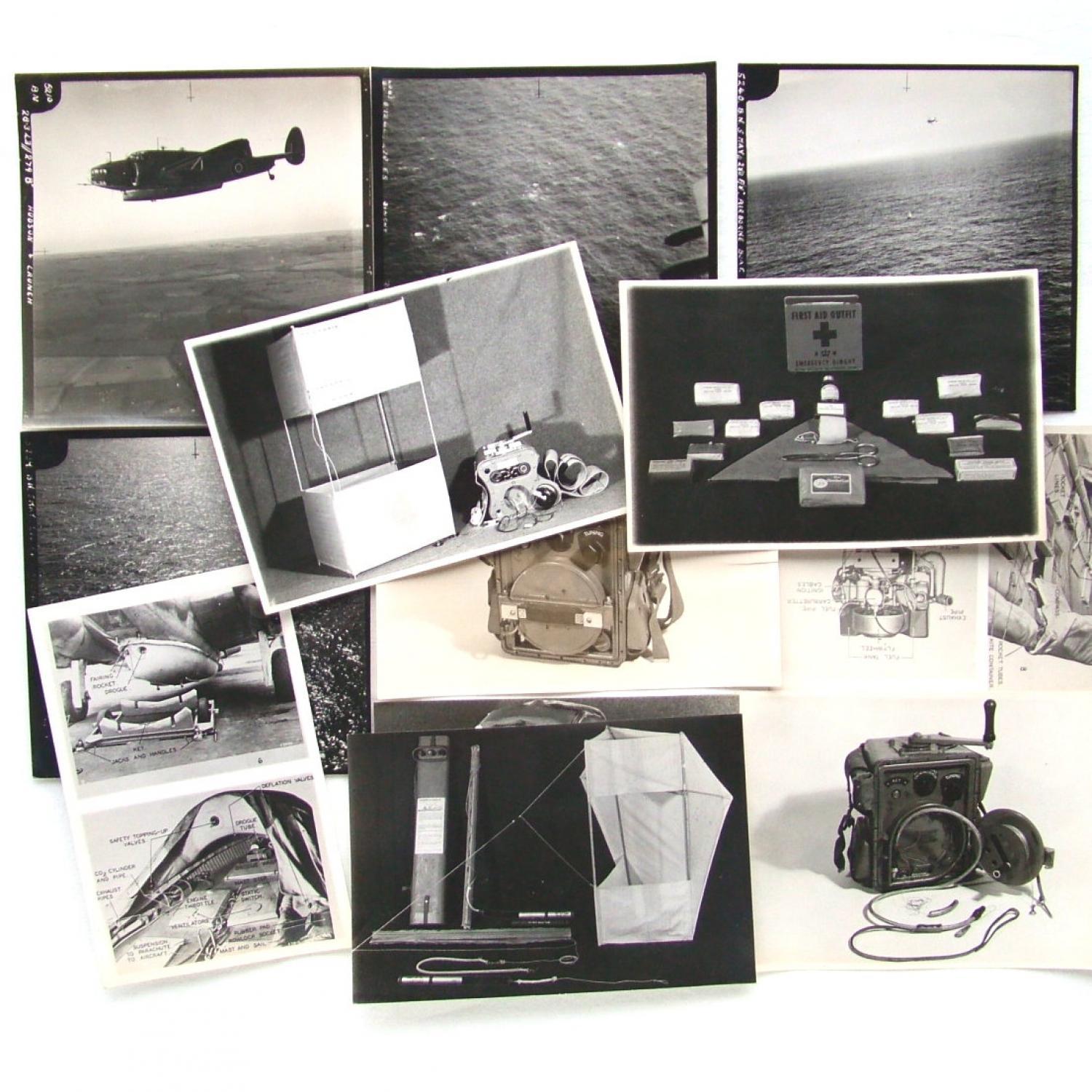 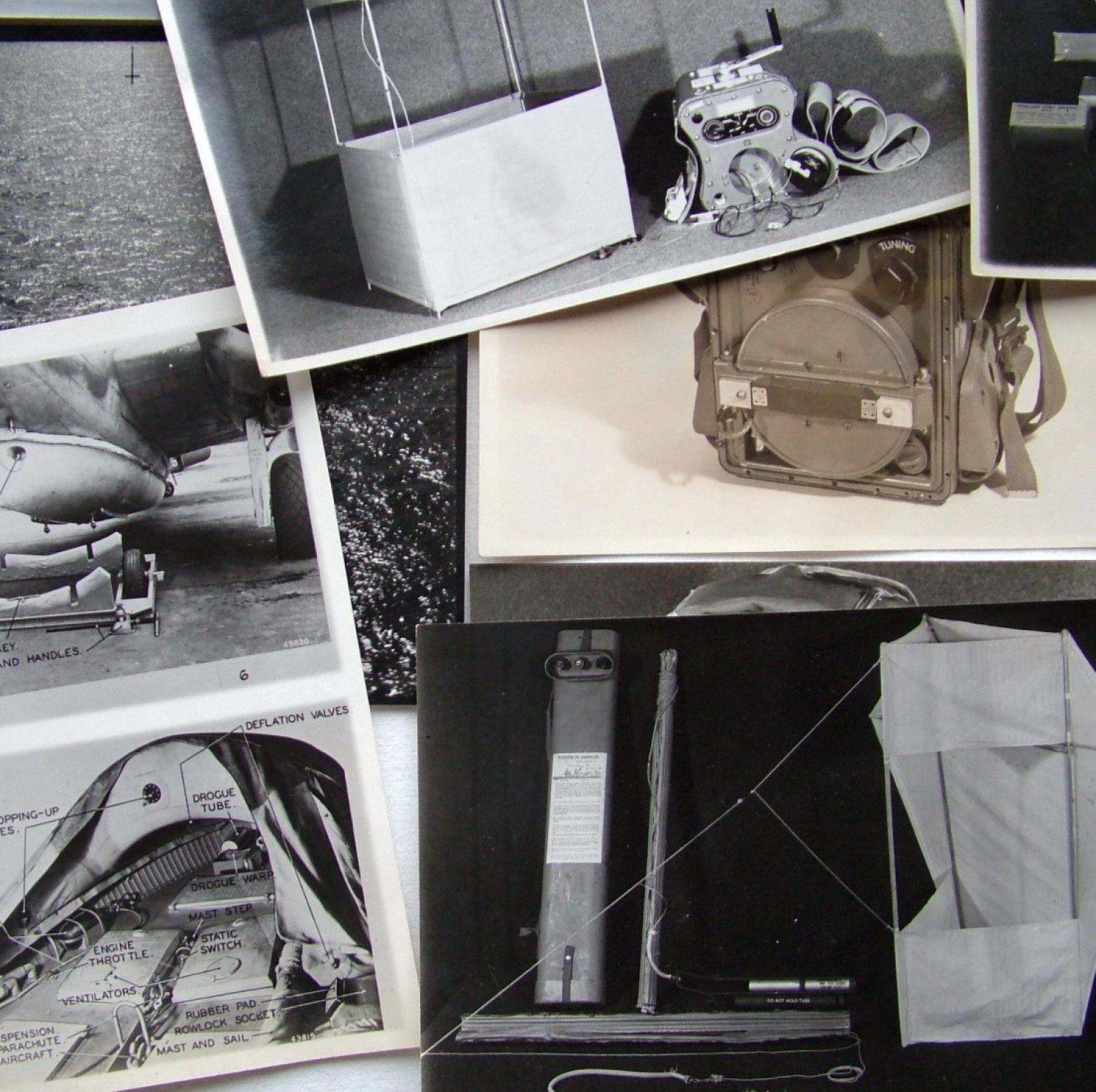 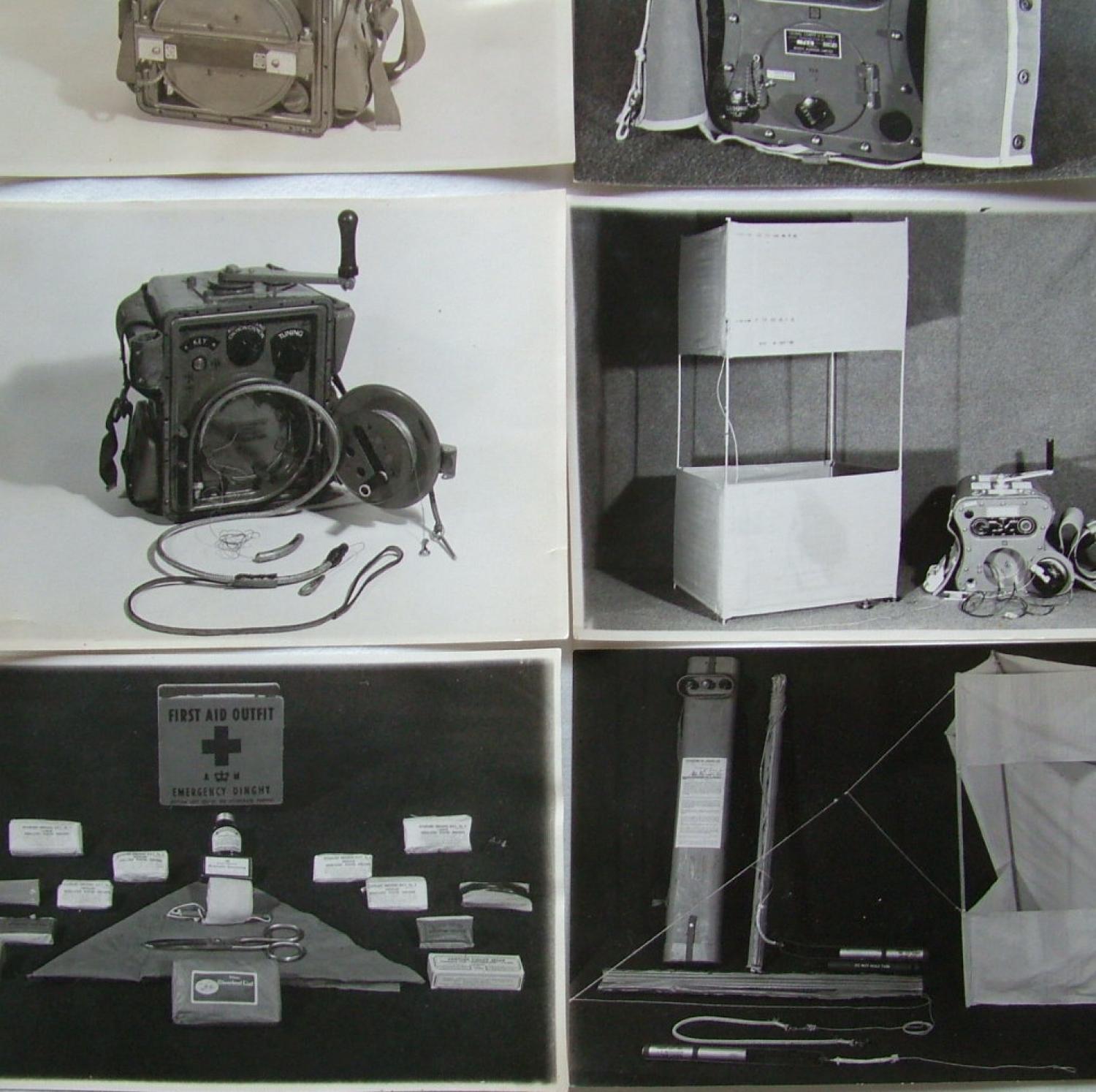 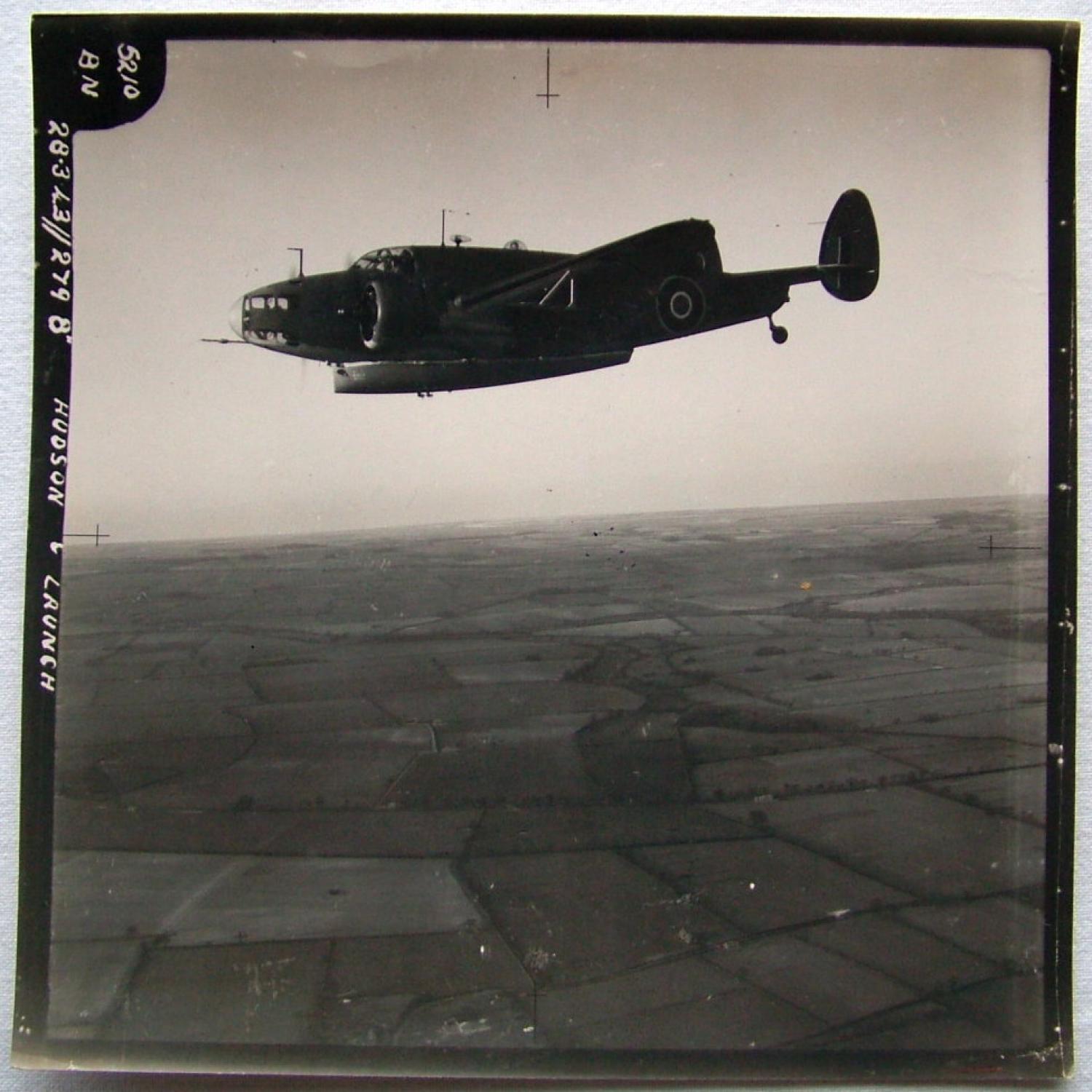 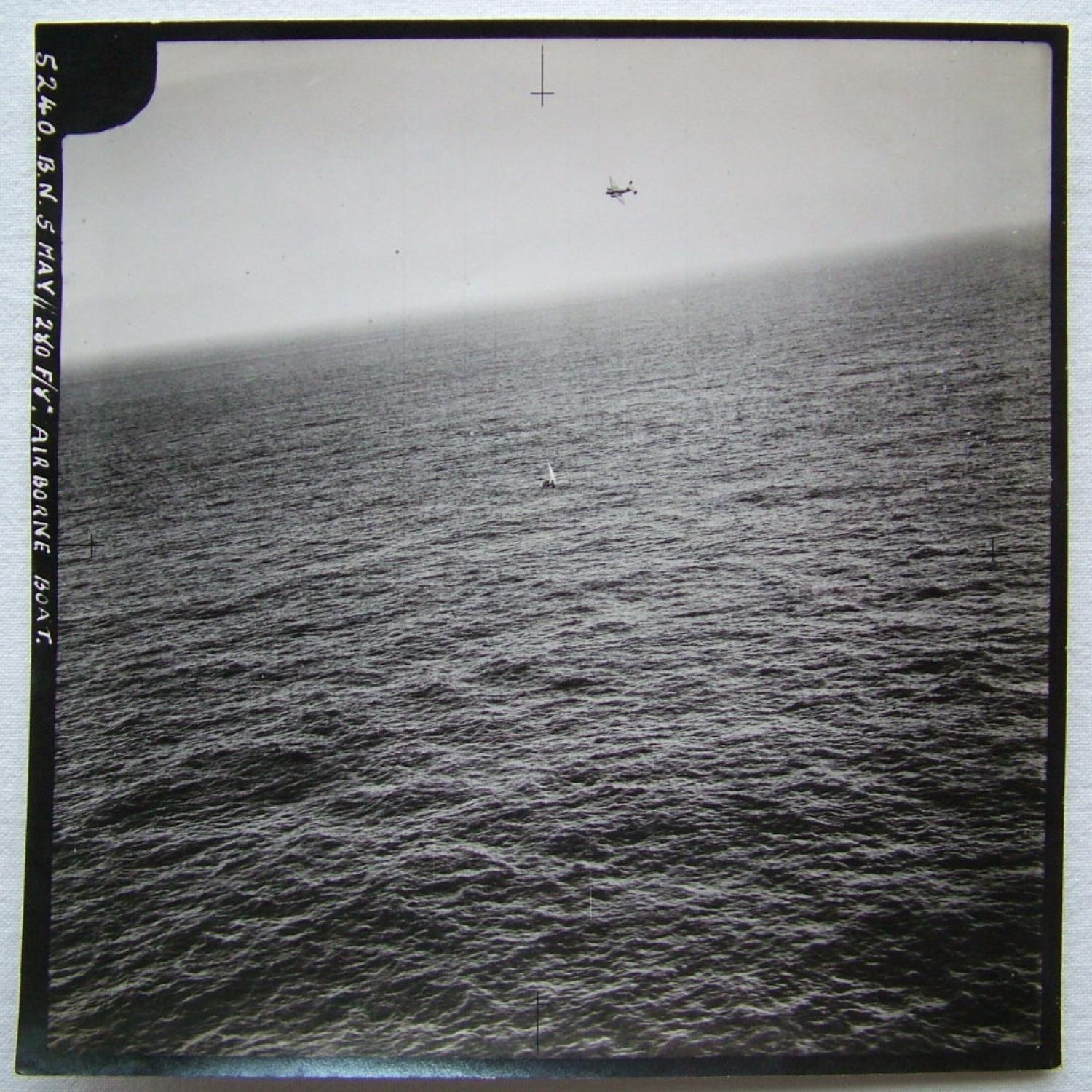 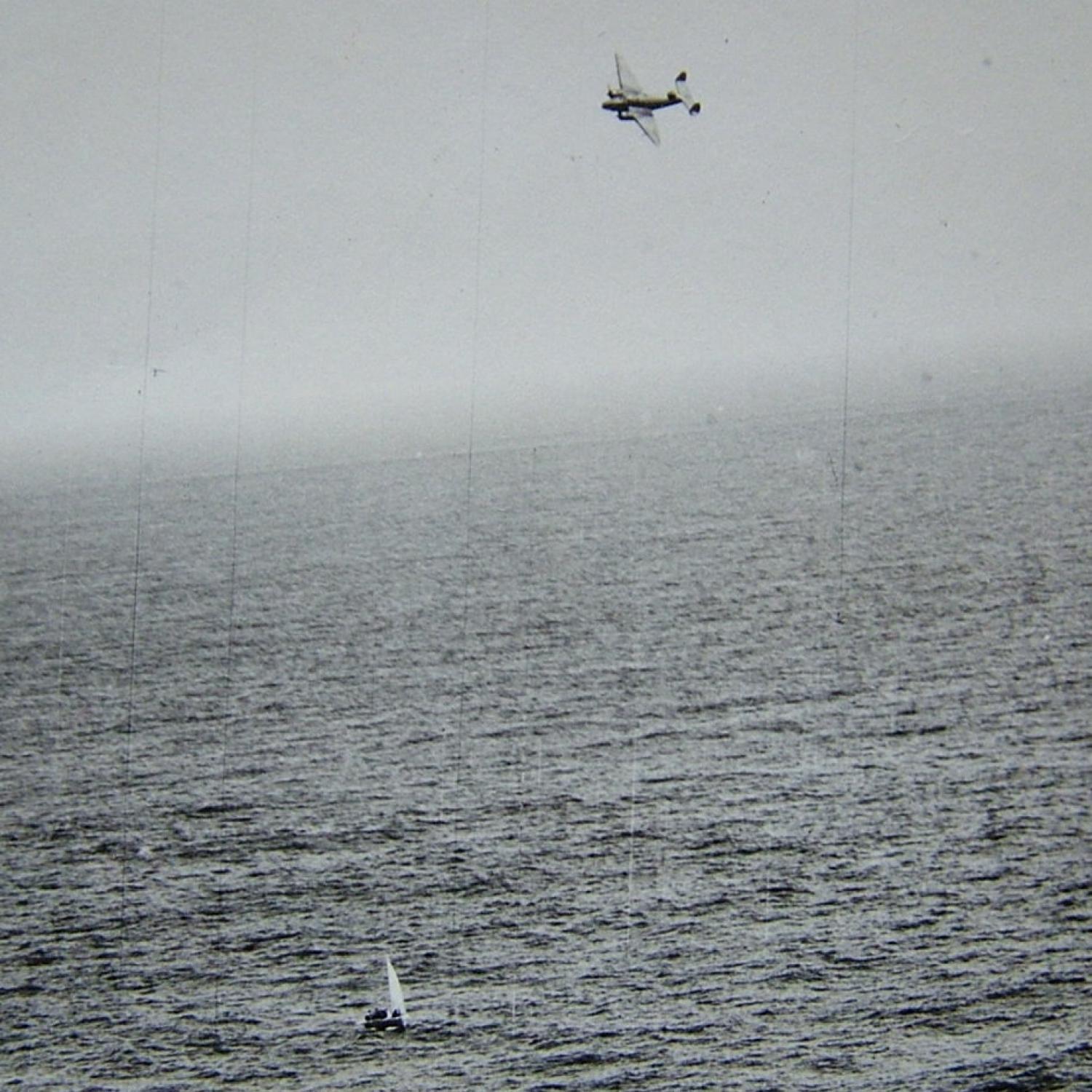 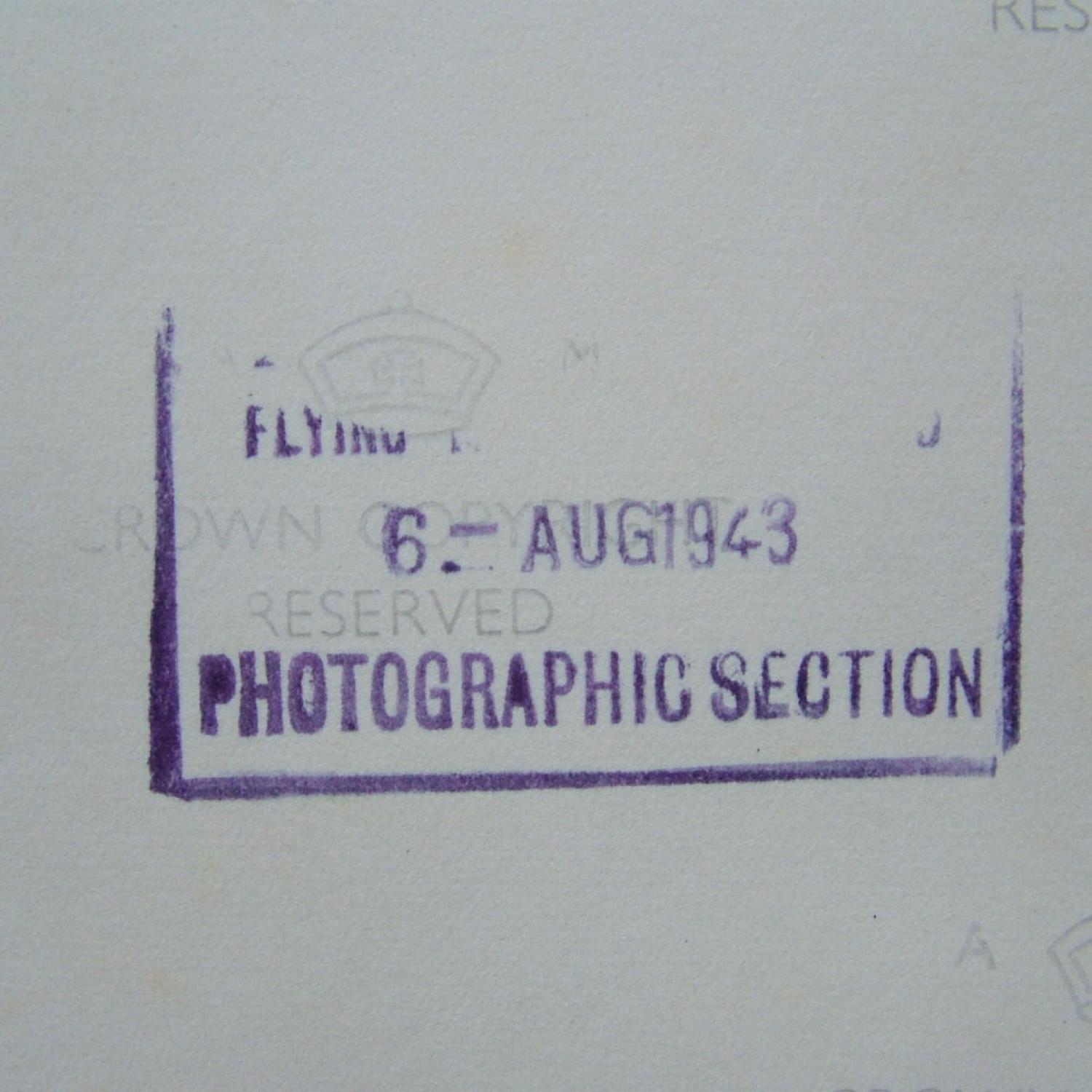