By Herbert Johnson of New Bond Street. London.  Approximately size 7.  Standard peaked cap.  The cloth is in very good condition although a bit soiled and faded.  No moth damage.  Excellent mohair band, badge and leather strap.  Good lining complete with 'grease-paper'.  The manufacturer's logo can just be seen below this as can what appears to be 'By appointment to the late King George VI' indicating this was made in the very early 1950s to wartime pattern. The inner leather band is pierced with the initials 'RBW'.  This belonged to a WW2 airgunner who flew with 13, 114 & 500 Squadrons - flying mainly from North Africa and Italy on Bostons & Baltimores.  He was shot down over Sicily but was passed back to the allies via the Italian partisans.  We originally sold this cap about 10 years ago and have just bought it back from the same customer.  Good '+' used overall.  Stock code U21305. 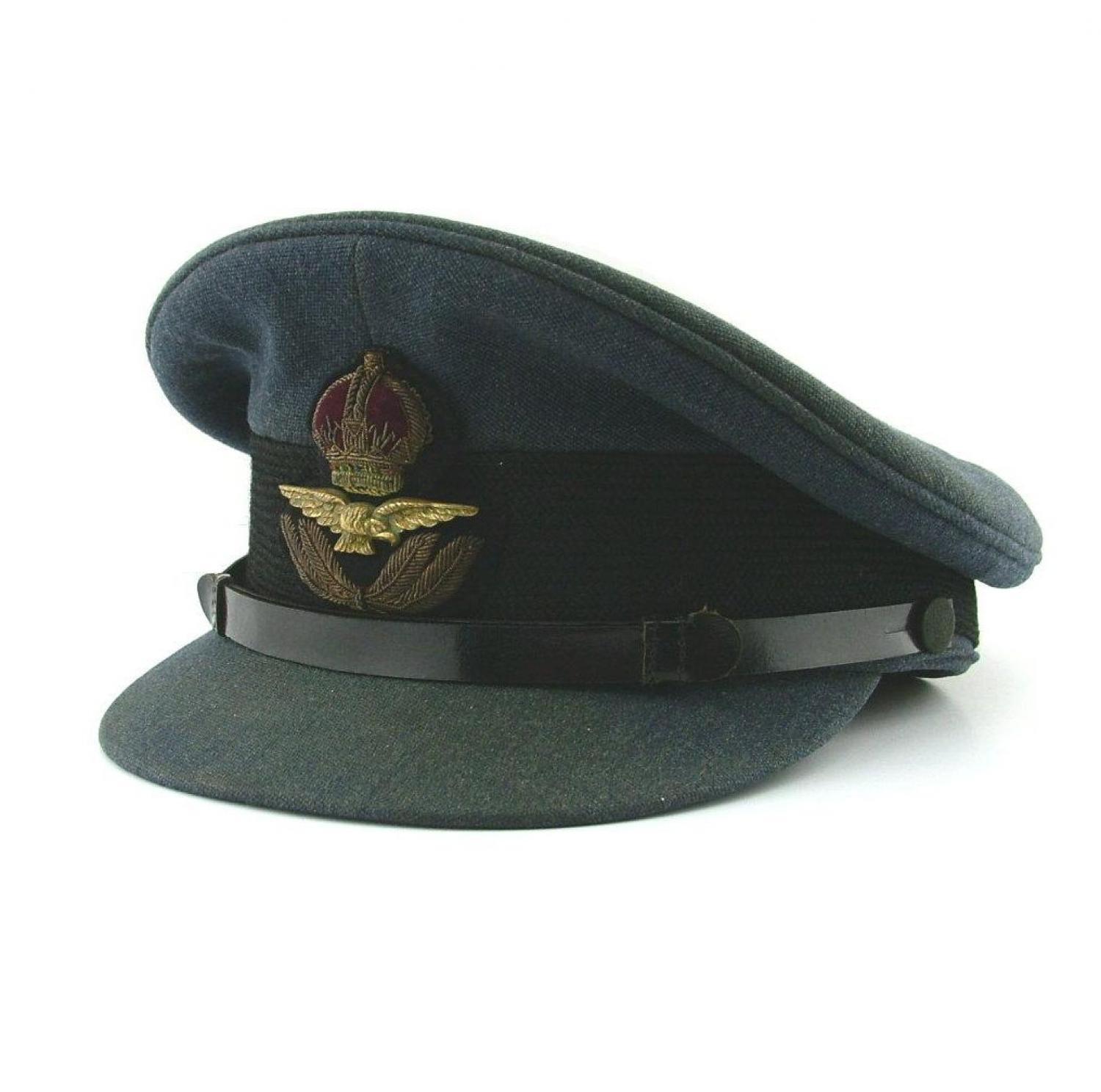 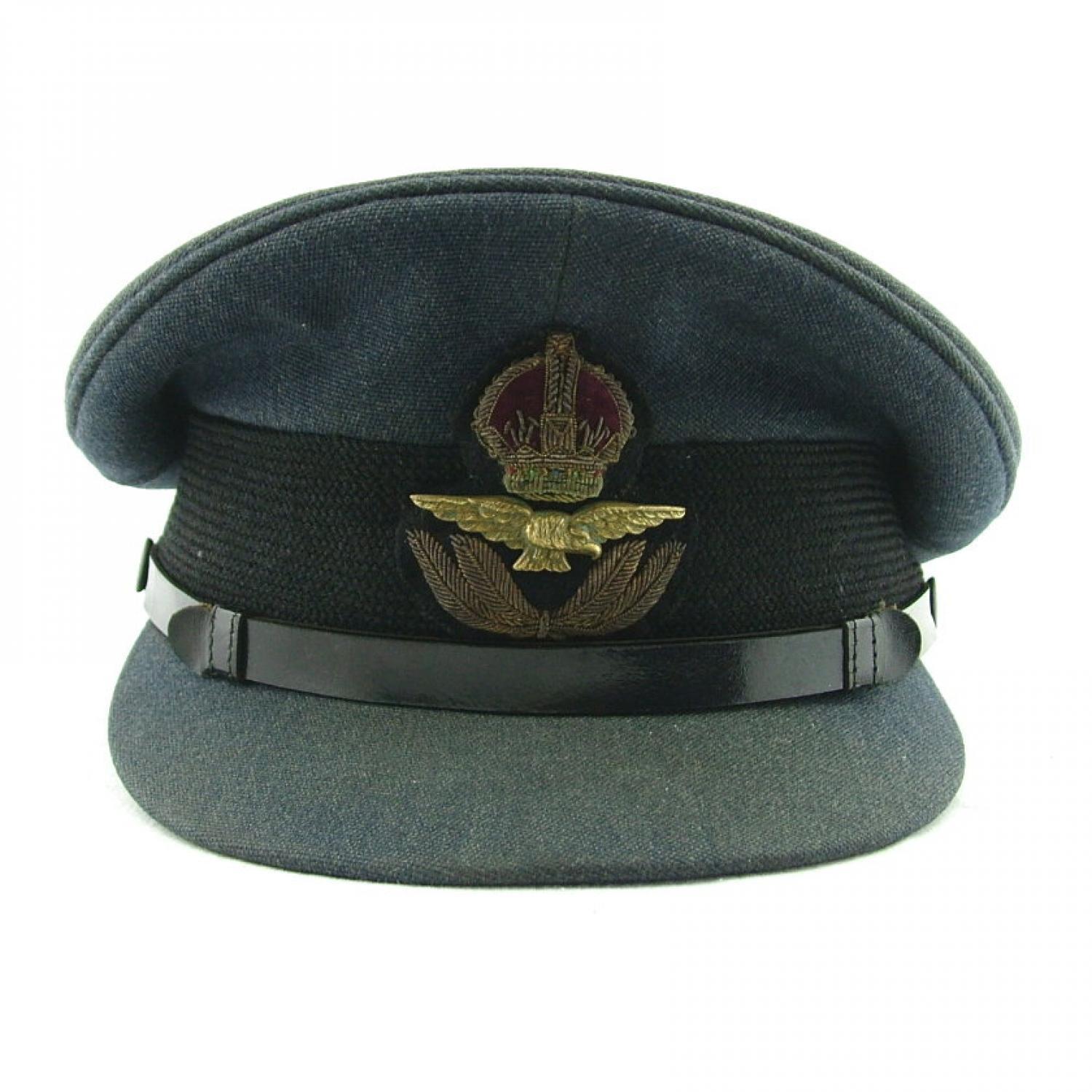 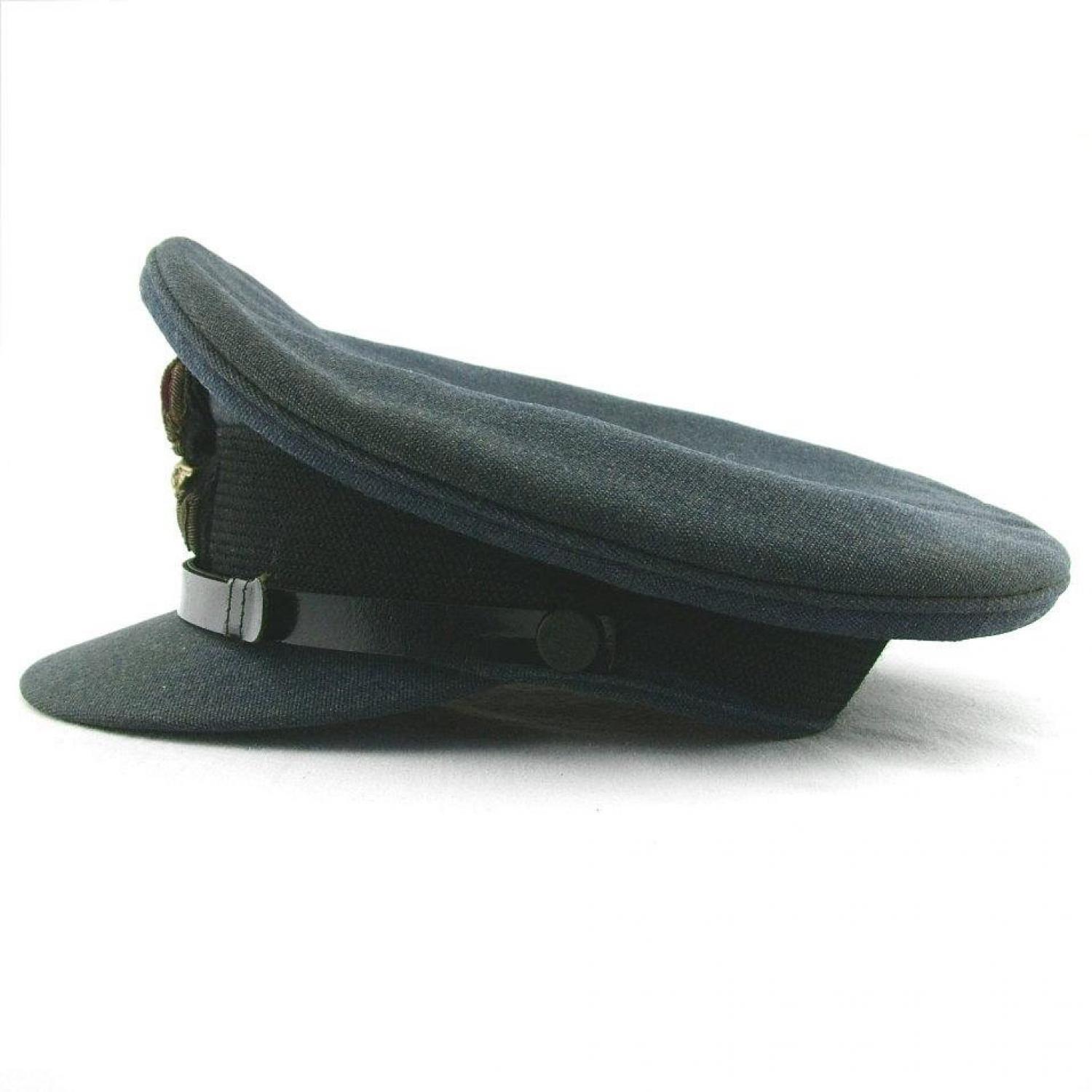 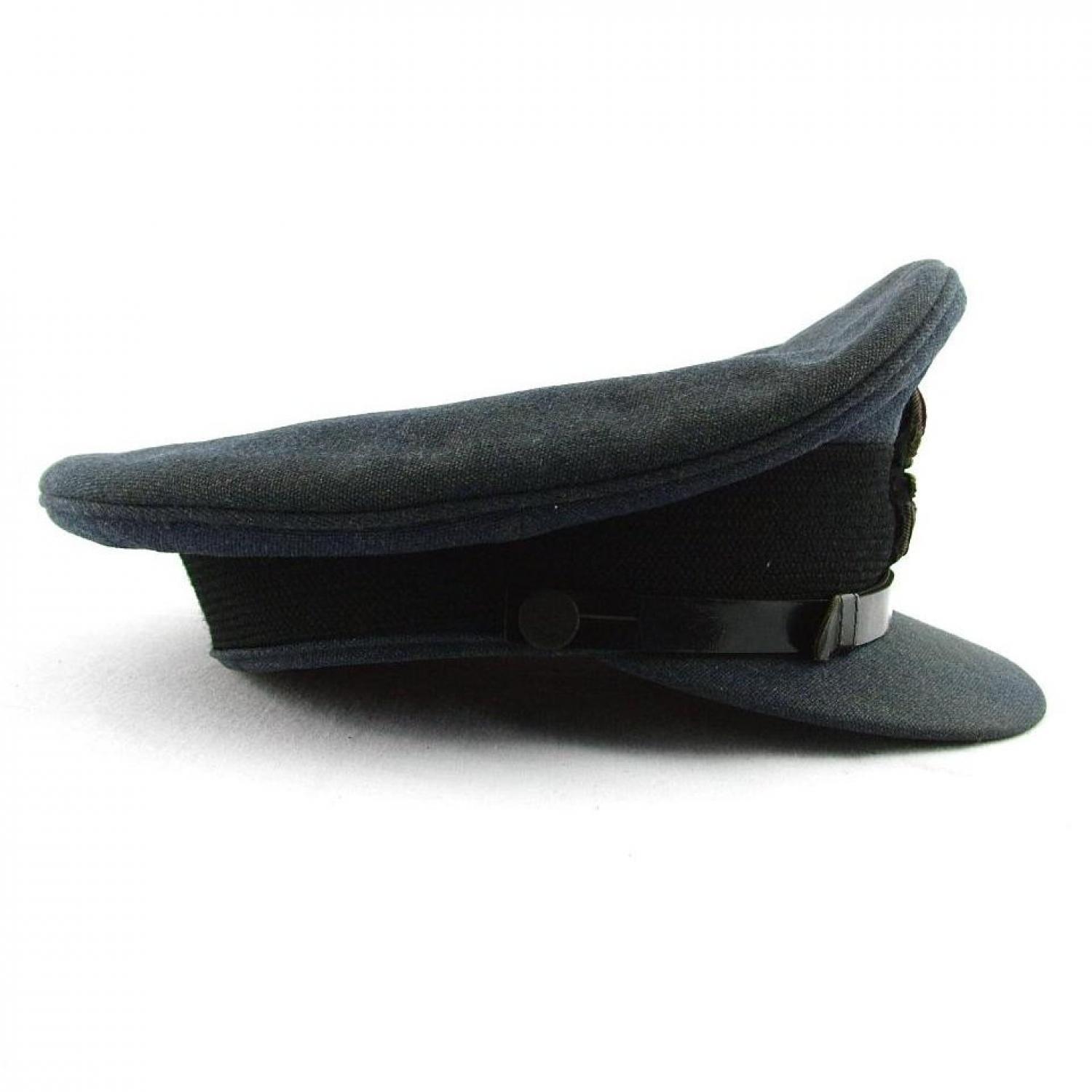 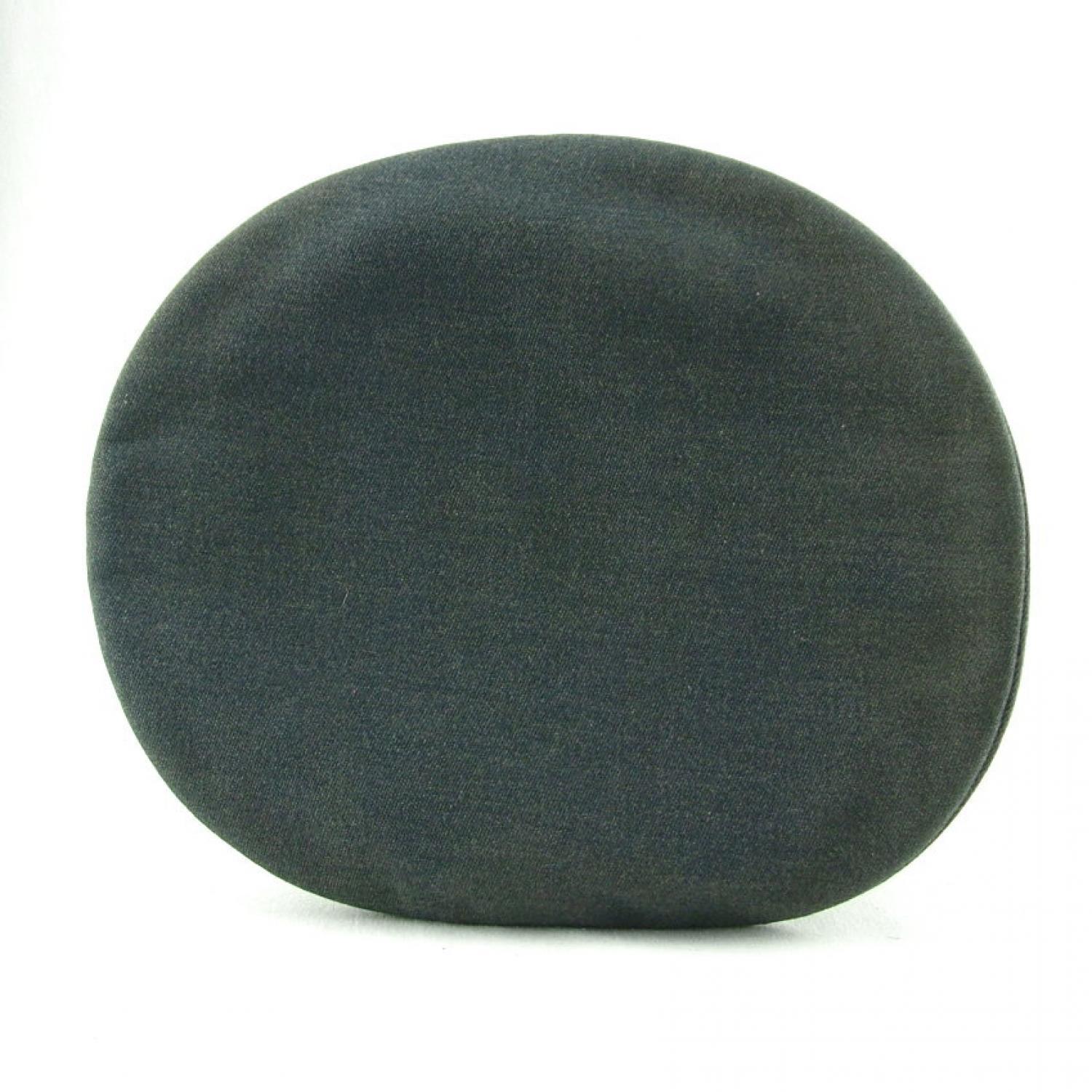 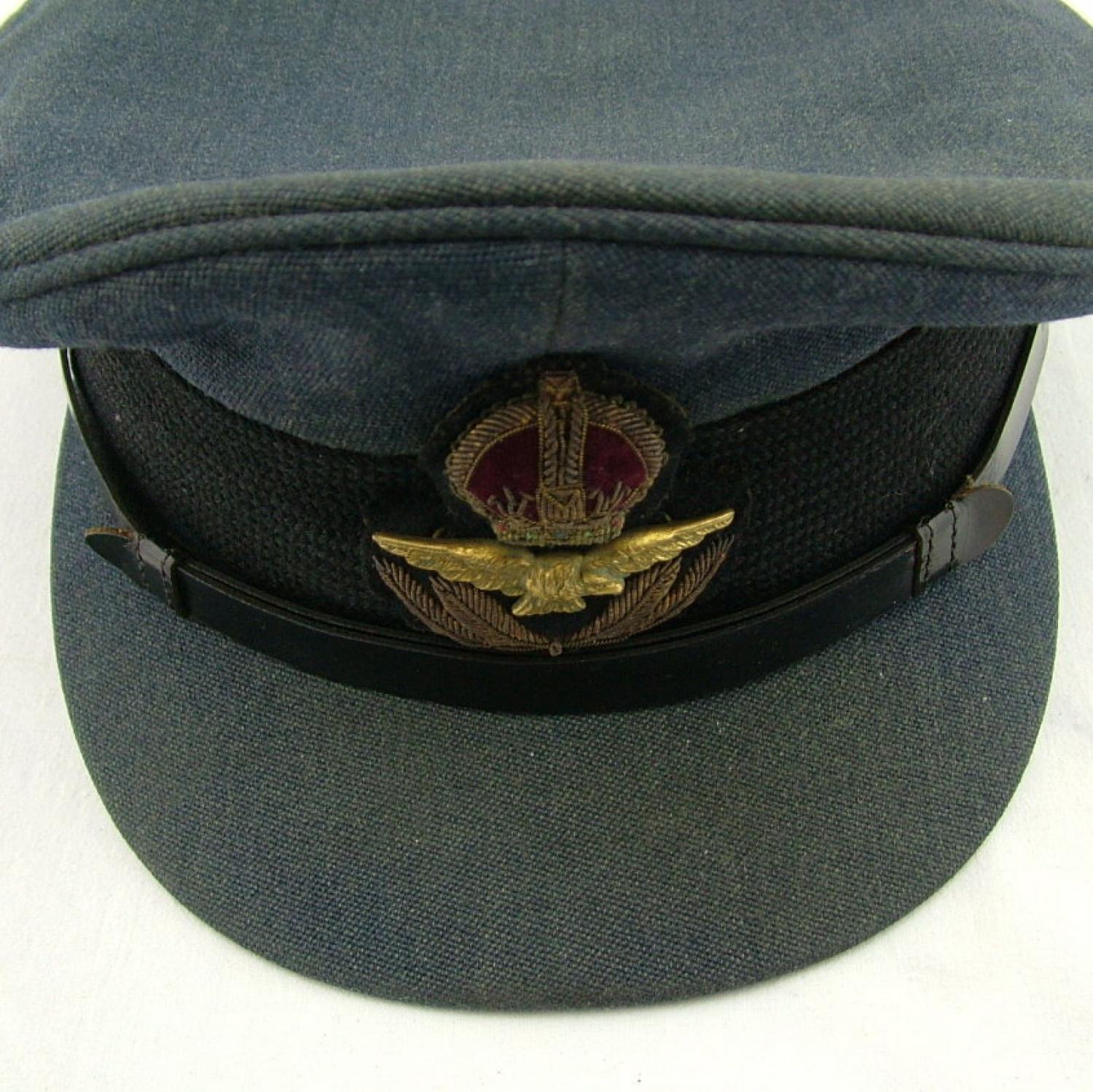 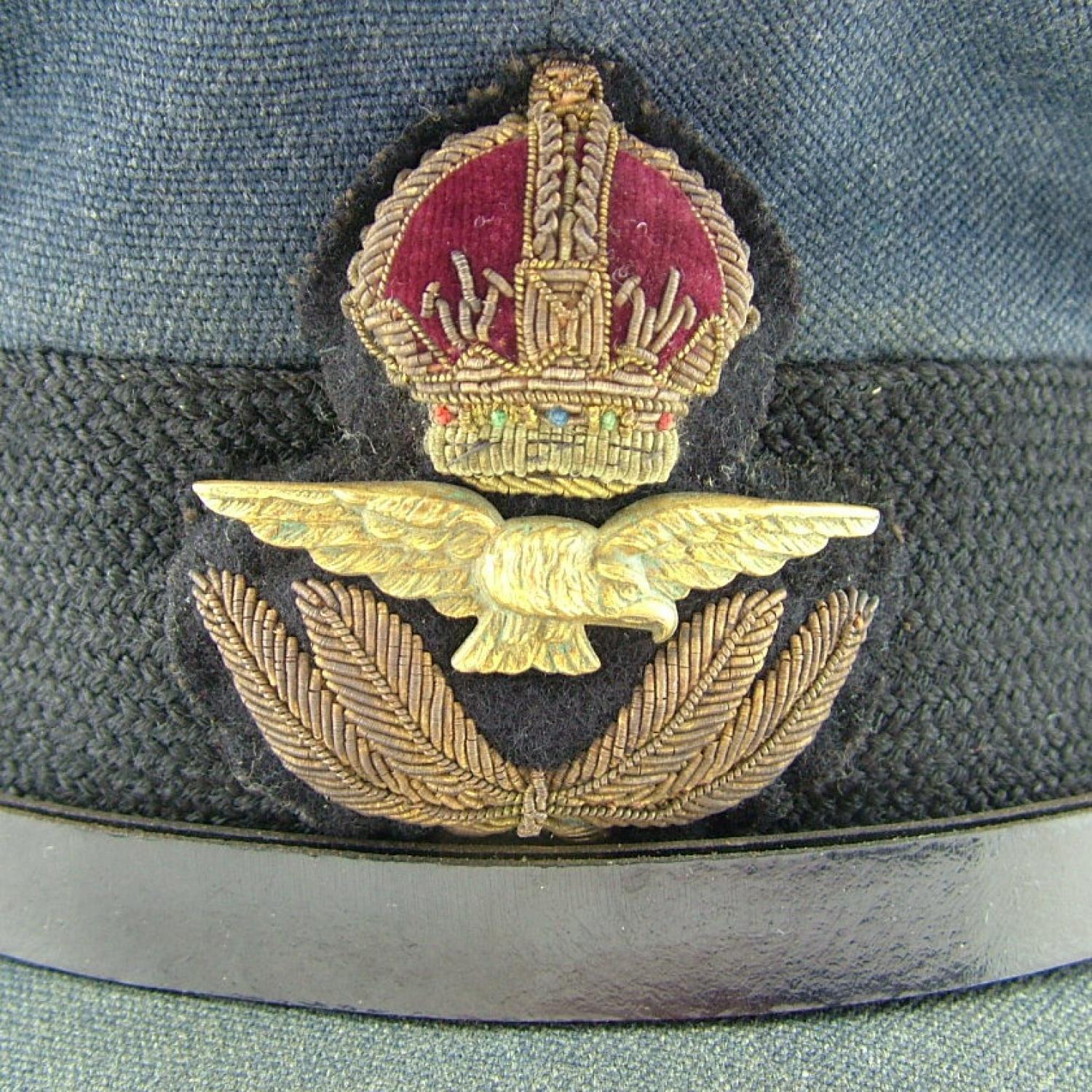 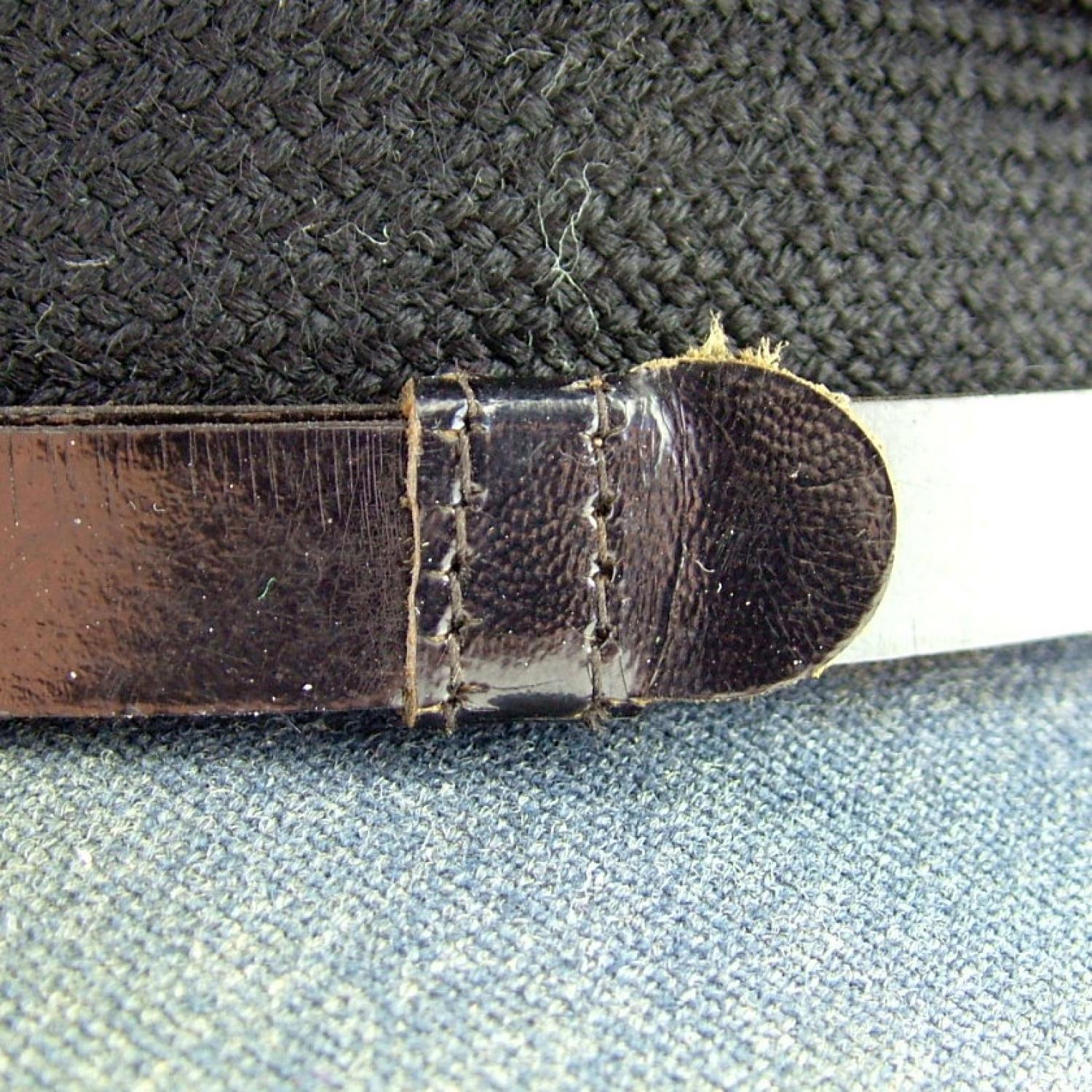 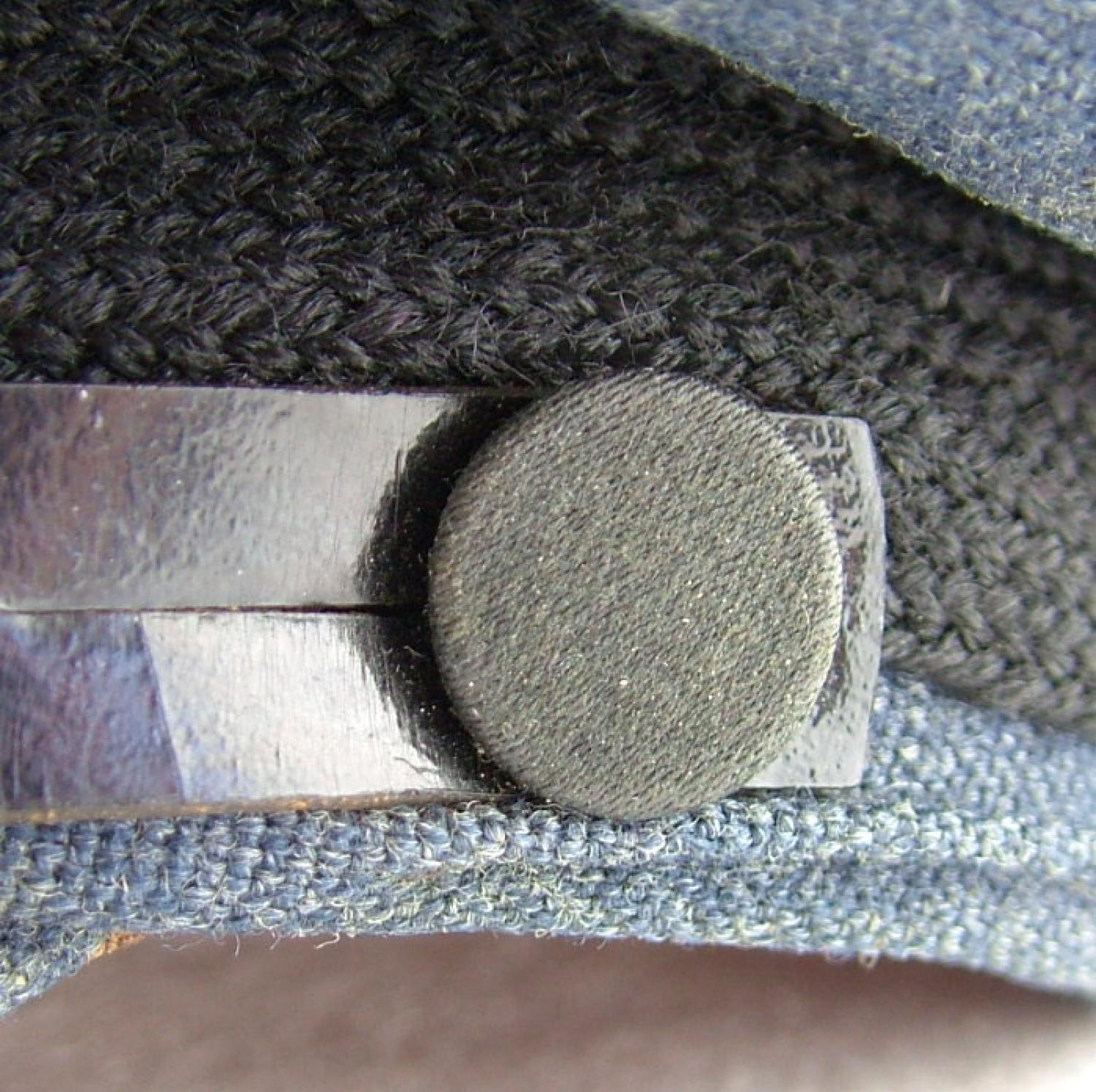 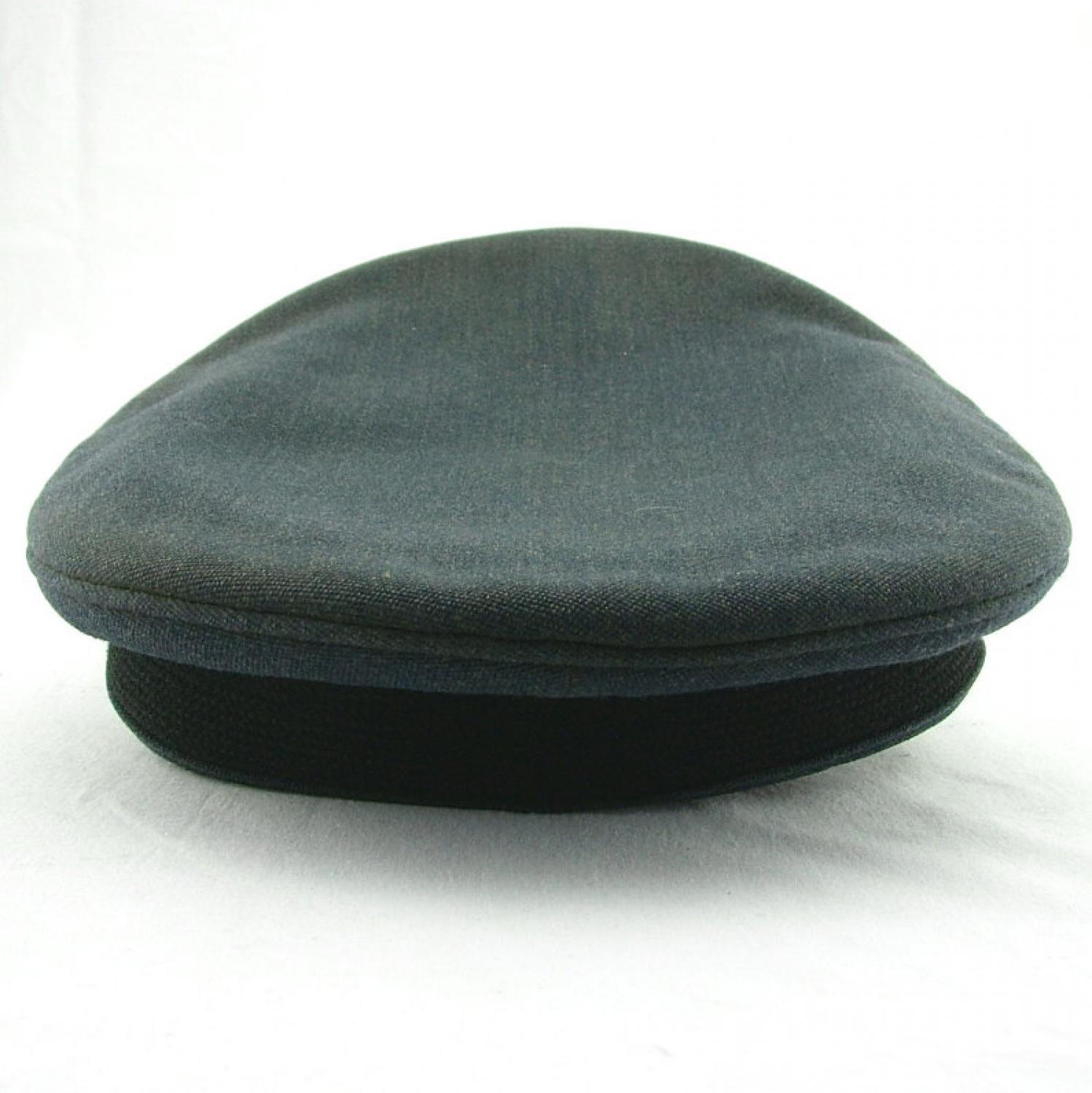 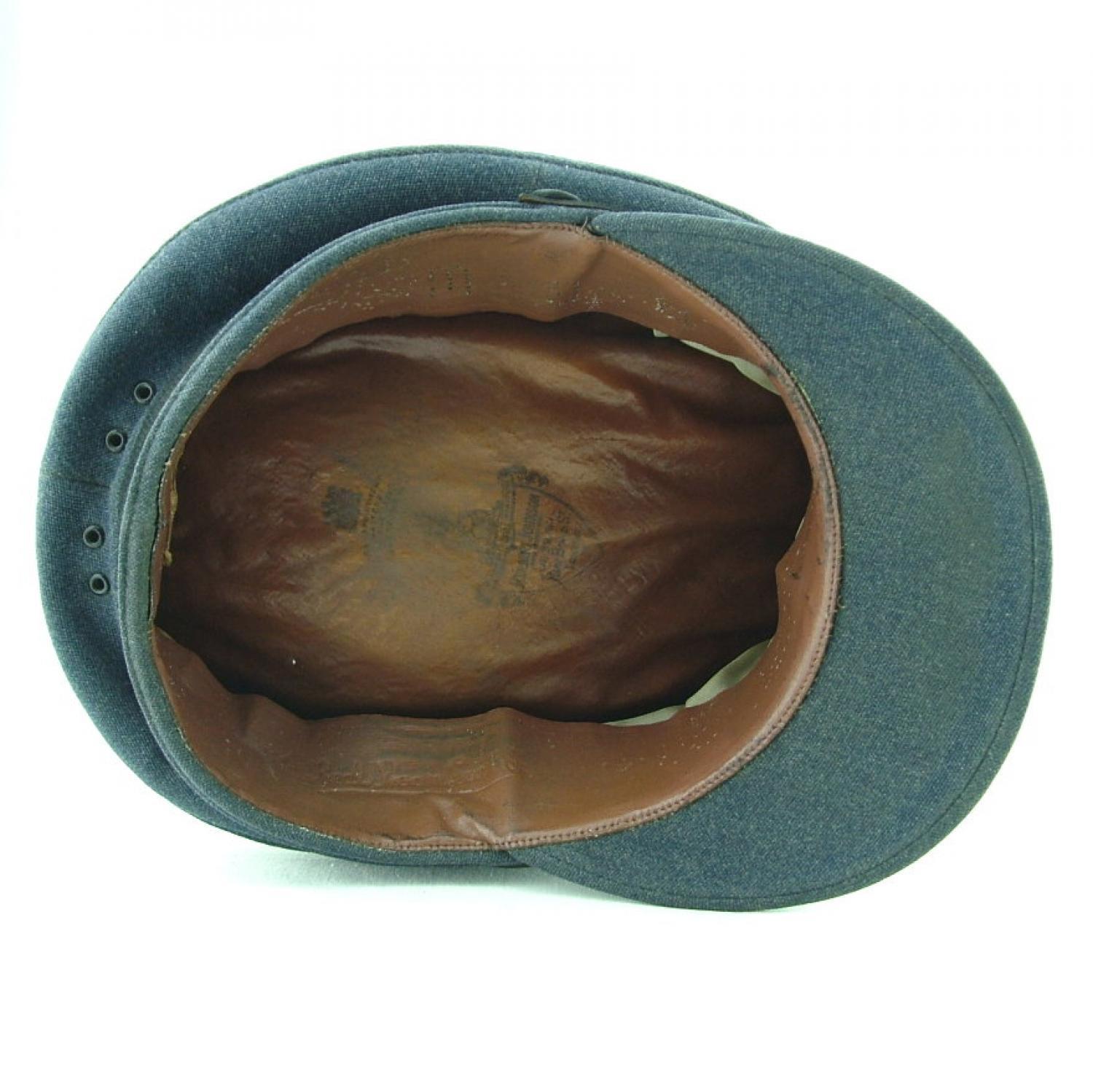 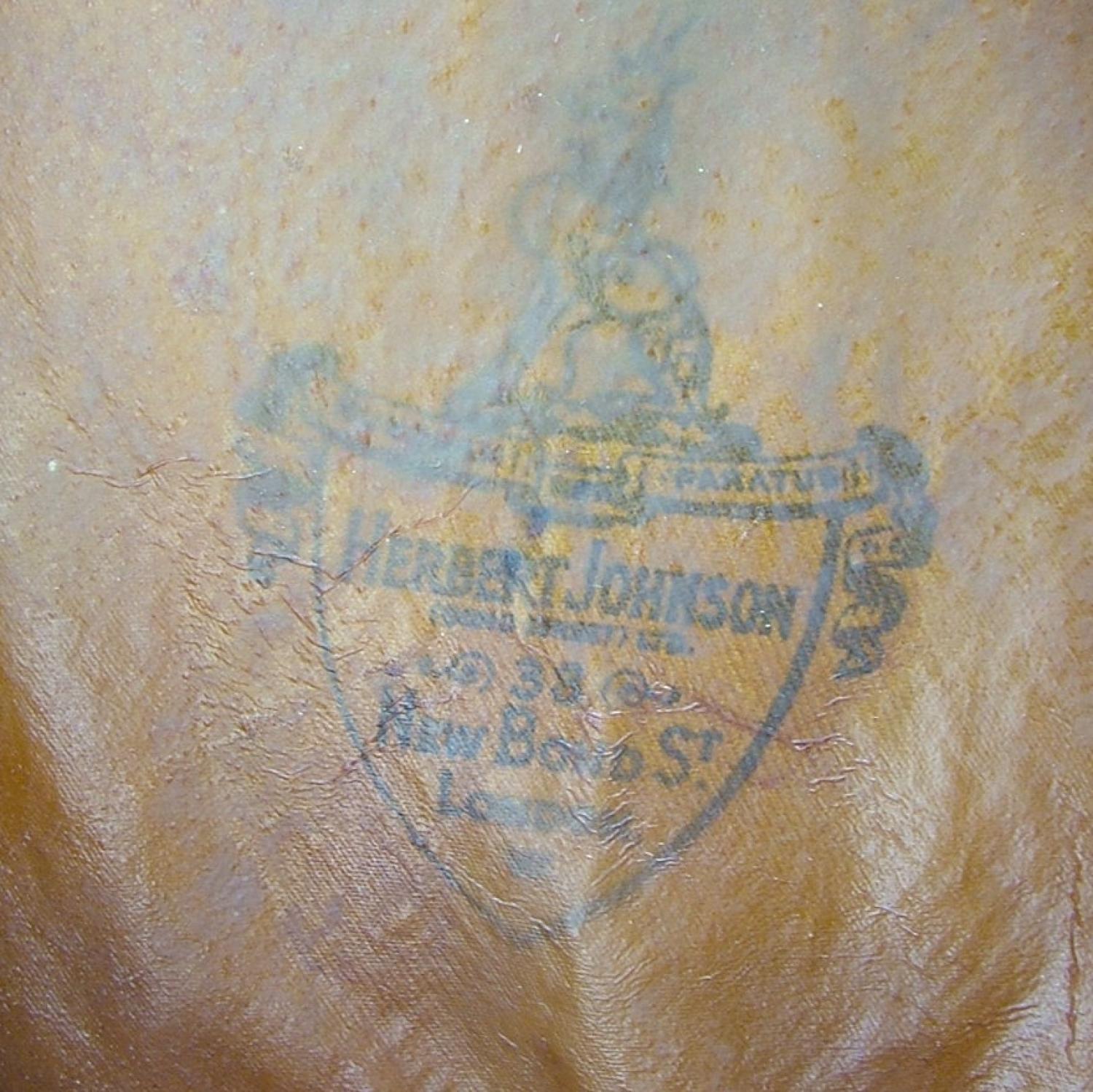 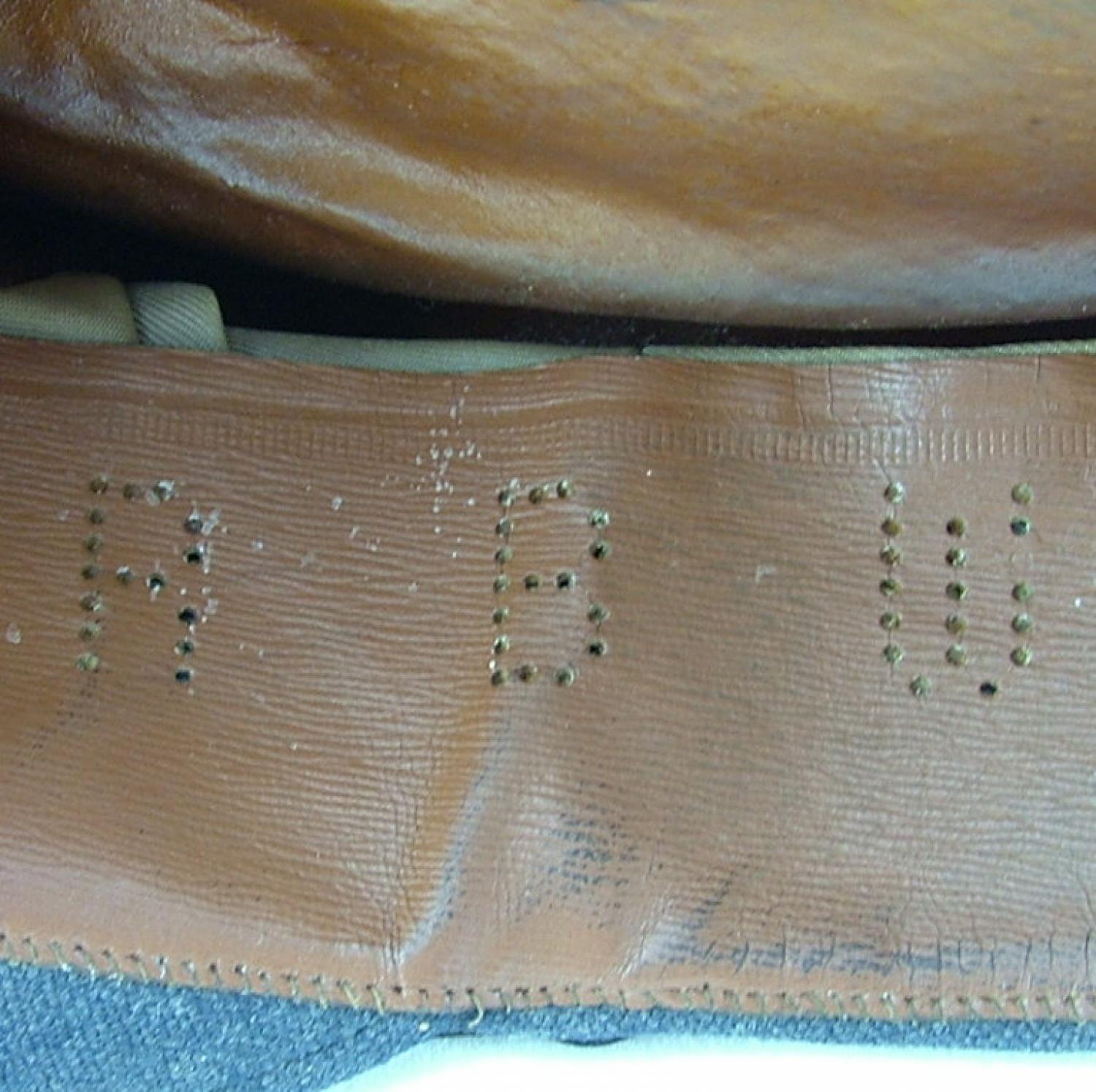