By Jacqmar.  An Arnold Lever design.  WW2 RAF/RAAF propaganda scarf, 'Happy Landings'.  Rectangular, approximately 90 x 85cm. Hemmed at the edges.  Pale pink scarf decorated with a repeat pattern of Royal Australian Airforce pilot wings and a quote from Churchill's famous speech given in tribute to Battle of Britain pilots, 'Never was so much owed by so many to so few'.  Some  orange/yellowy marks (rust?), a few small holes and a 5cm split adjacent to one corner at the hem (see photos).  The marks might wash out with care but a previous scarf we had was labelled 'Owing To War Conditions Jacqmar Cannot Guarantee These Colours Fast To Water' so the buyer should take care if intending to persue this.
Jacqmar of London made propaganda scarves between 1940-1945. They were based in Mayfair and produced scarves for the export market as well as for wartime sweethearts, wives and girlfriends. Chief designer Arnold Lever continued working for the company even after he had joined the RAF. The scarves fall into three main thematic groups of the armed forces, allies and home front and usually have the Jacqmar name on the scarf as with this one.  These scarves are now very highly sought after and collectable.  This Australian Airforce example is a rare version of the already scarce RAF Happy Landings scarf.  Fair '+' used condition. Stock code M15263. 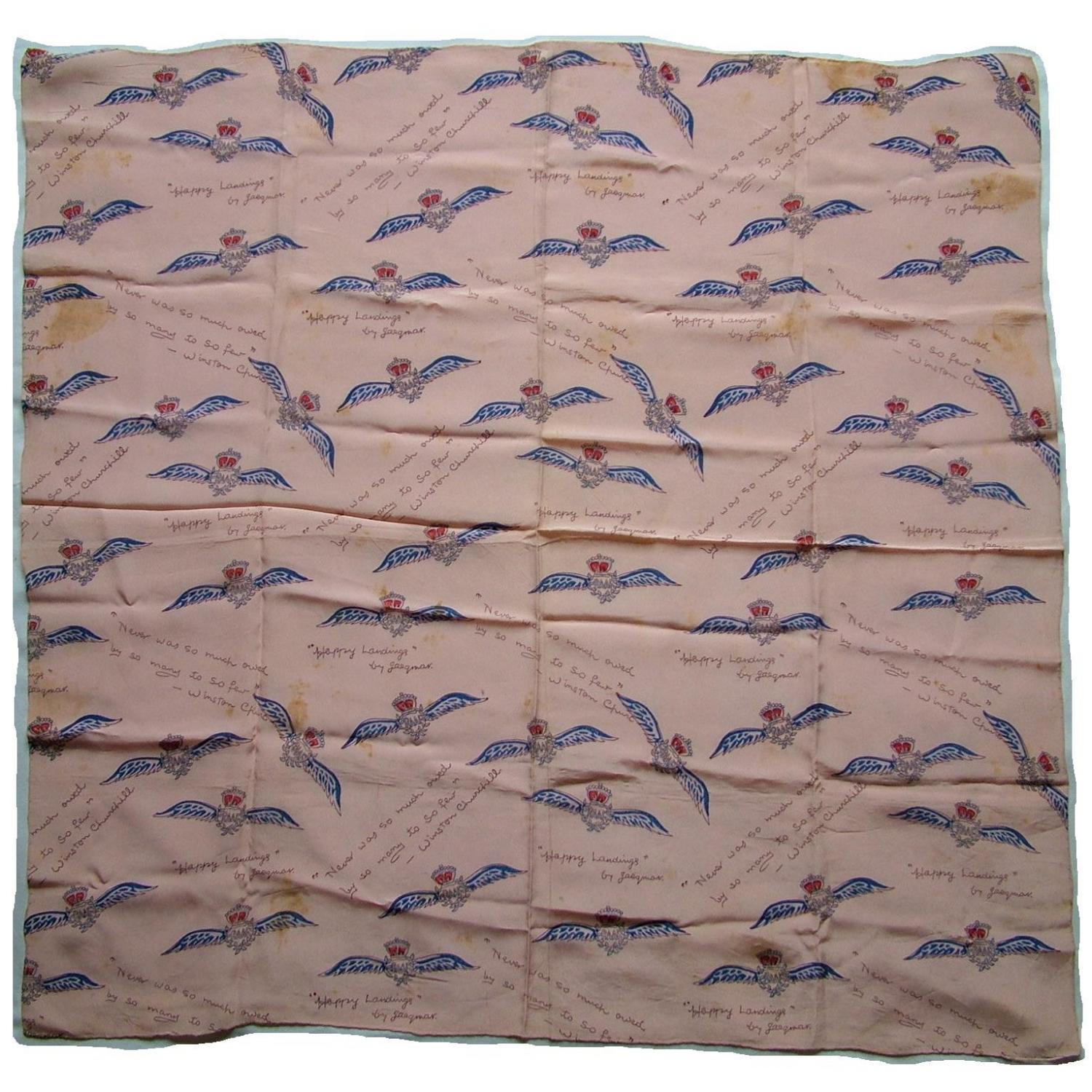 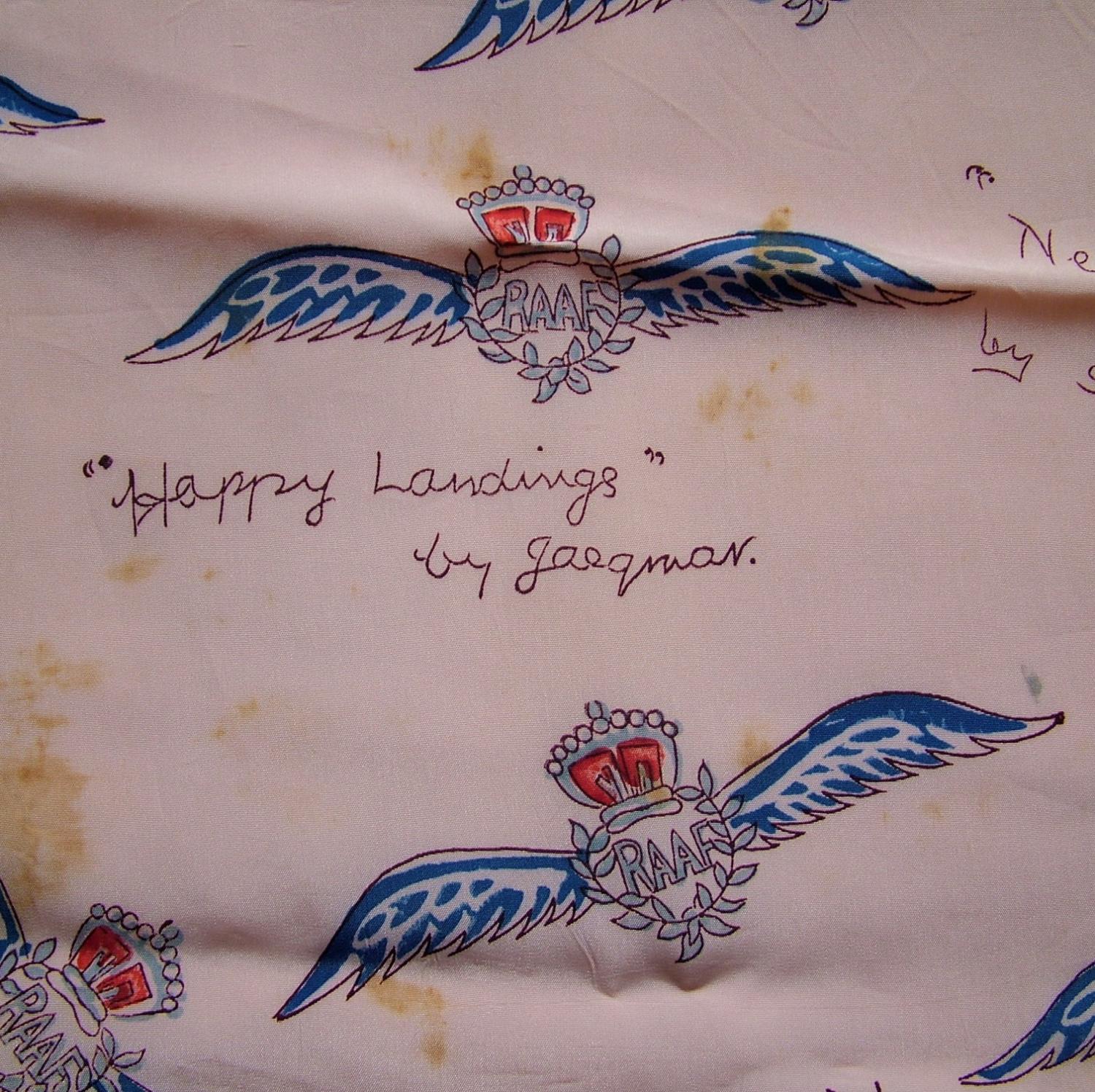 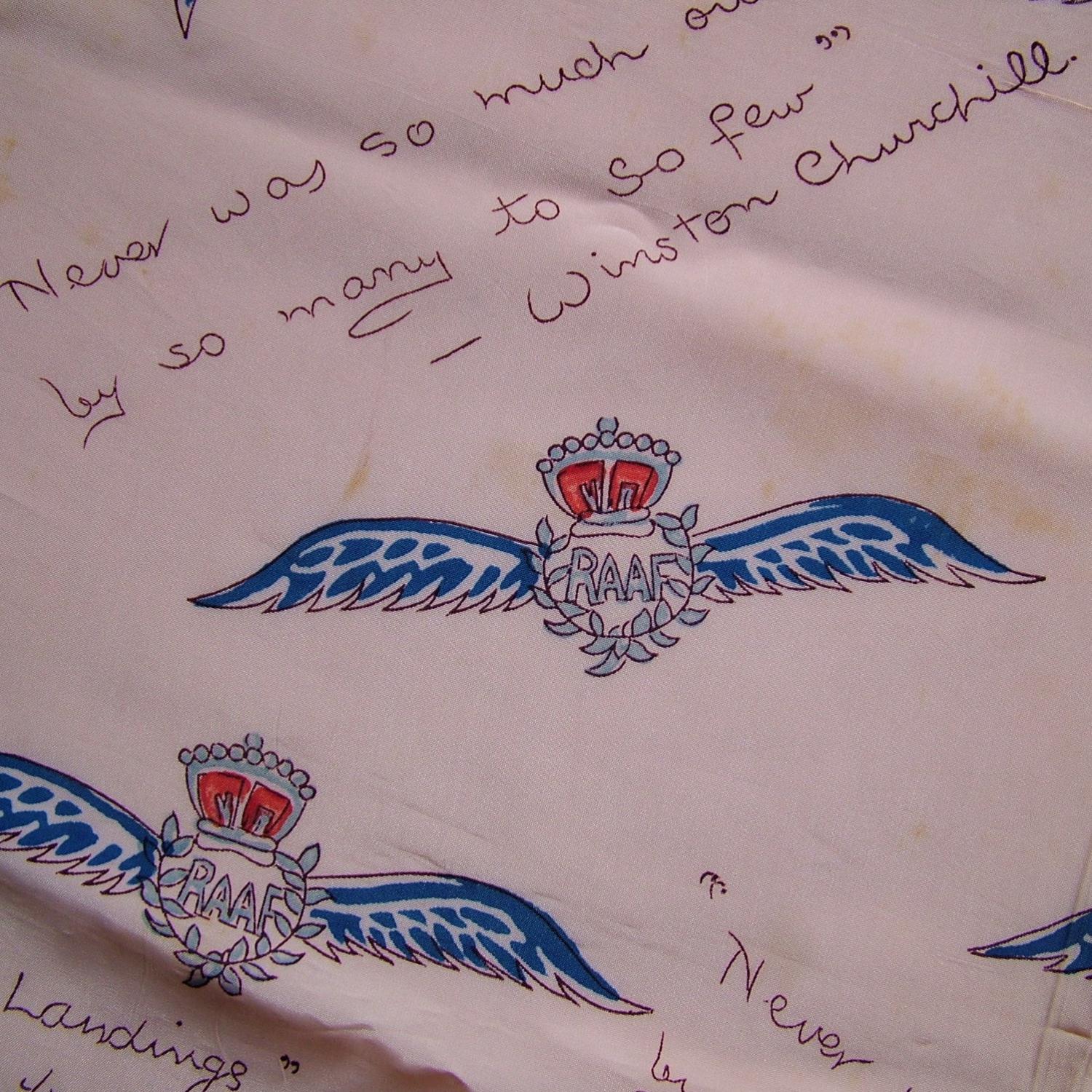 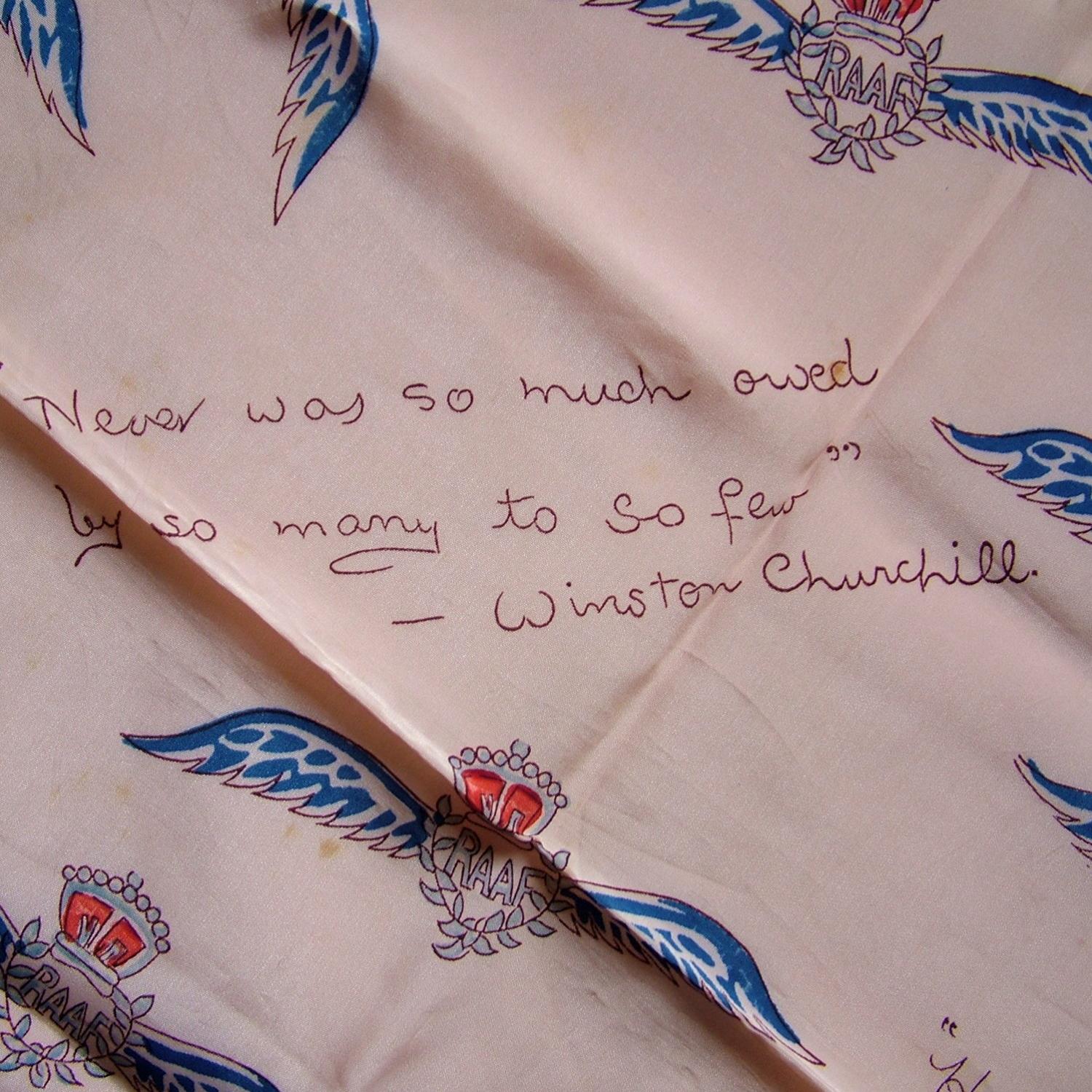 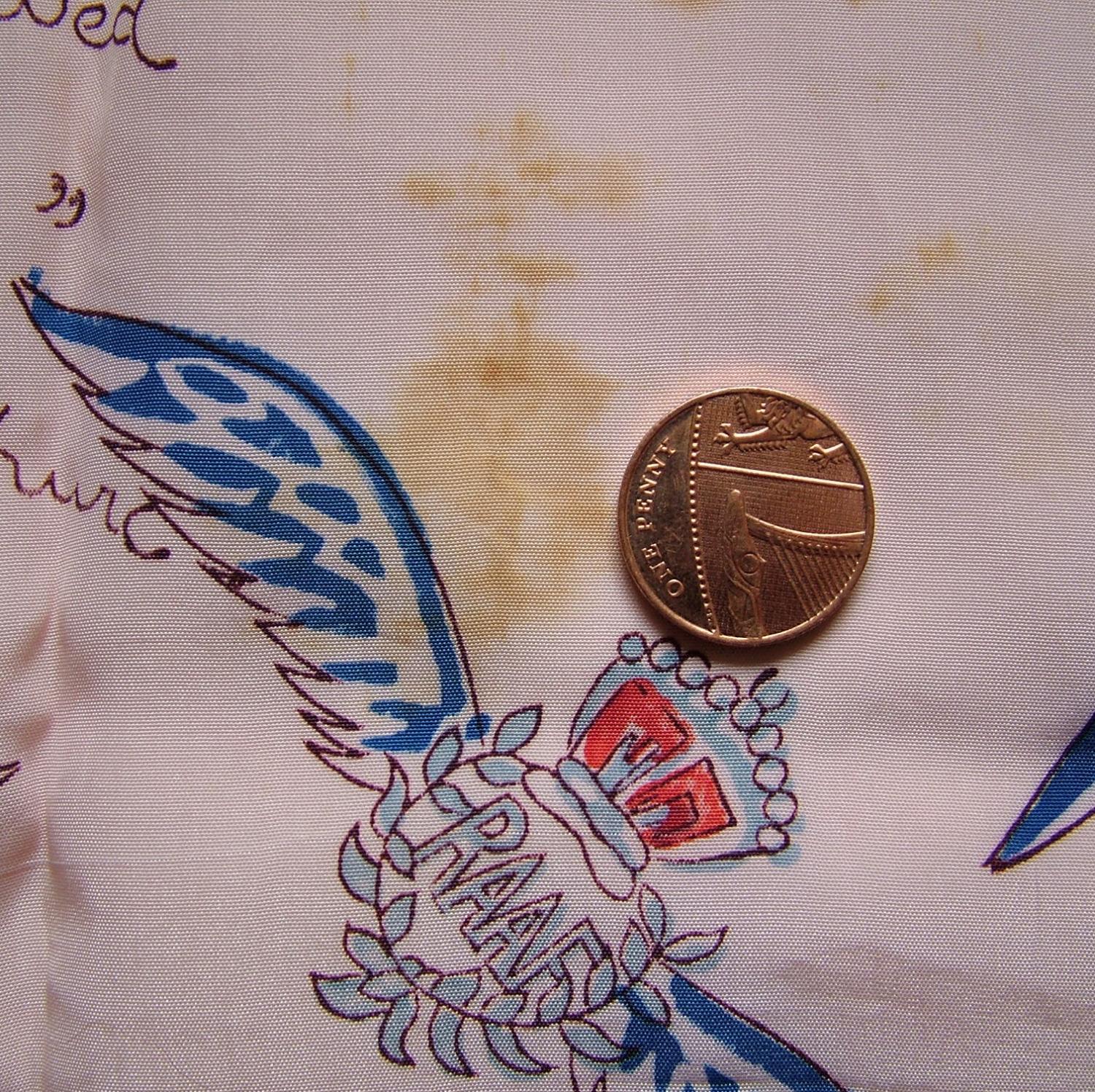 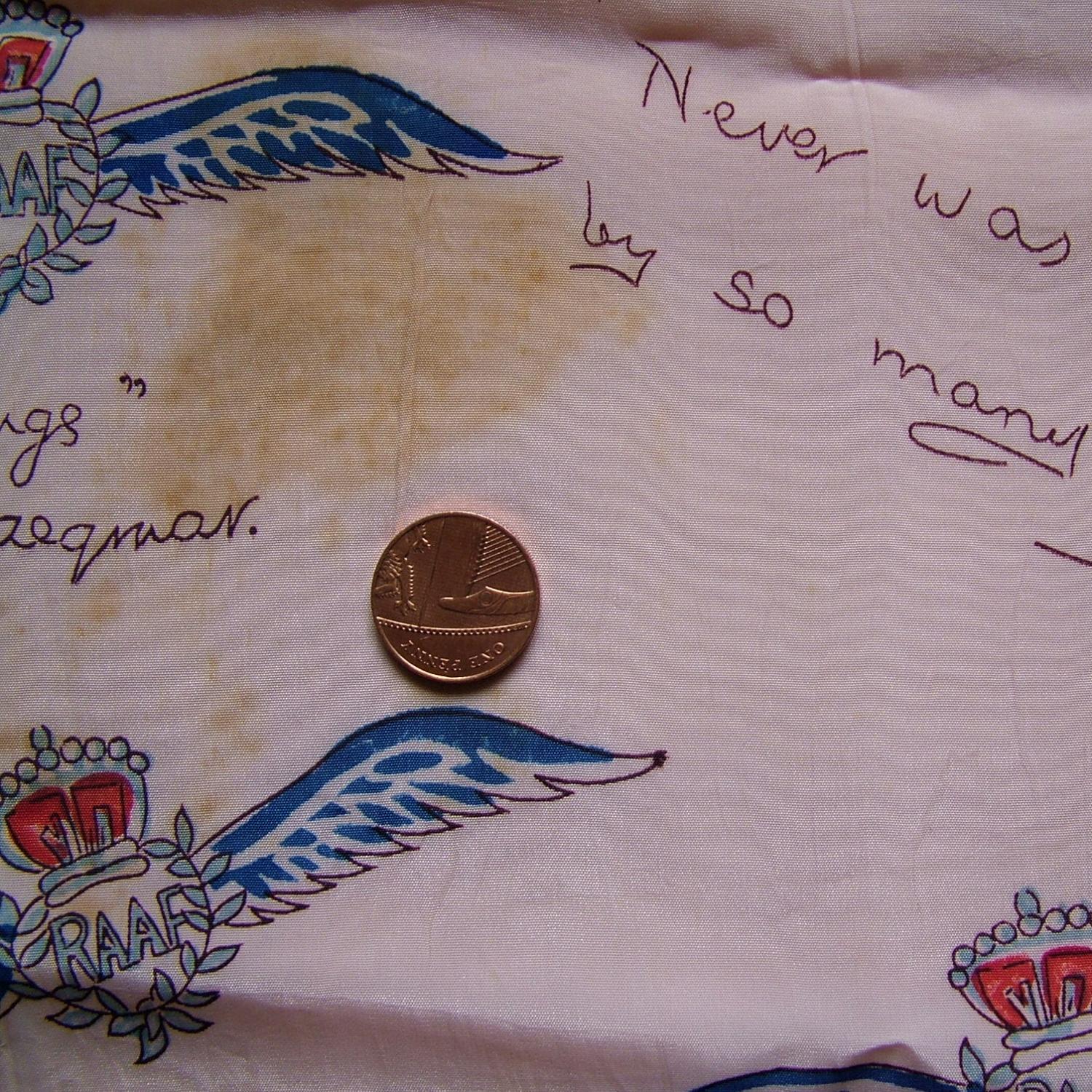 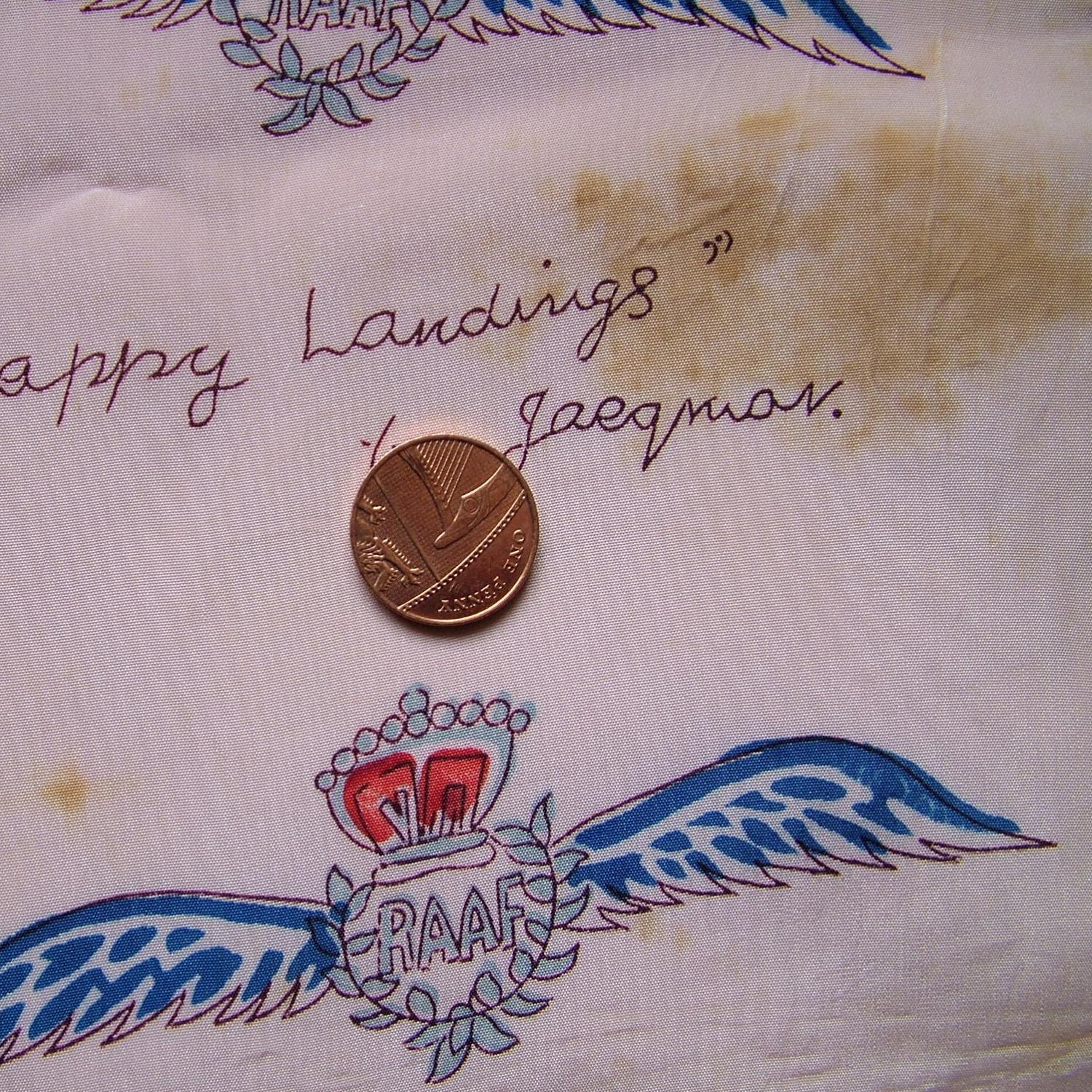 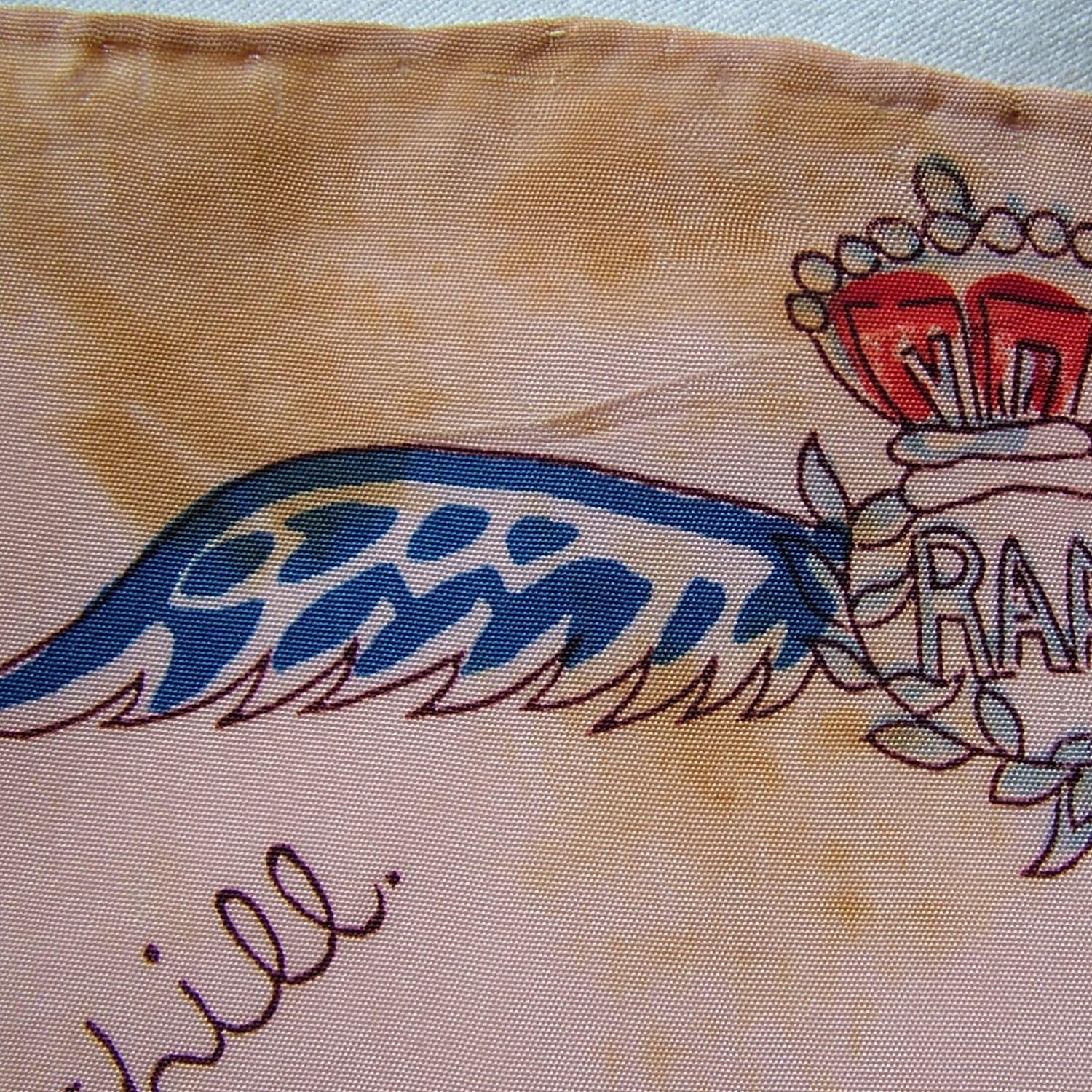 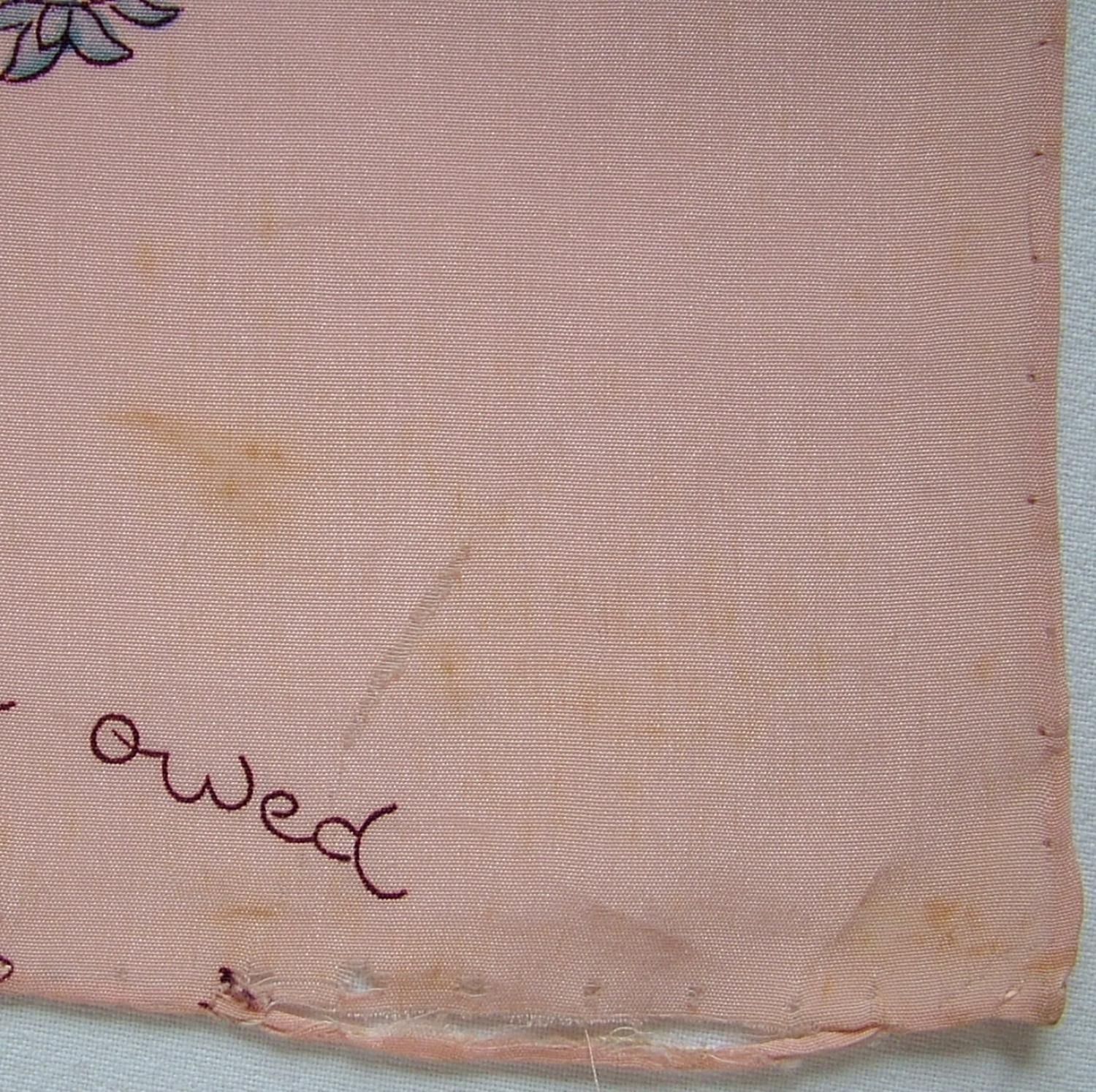 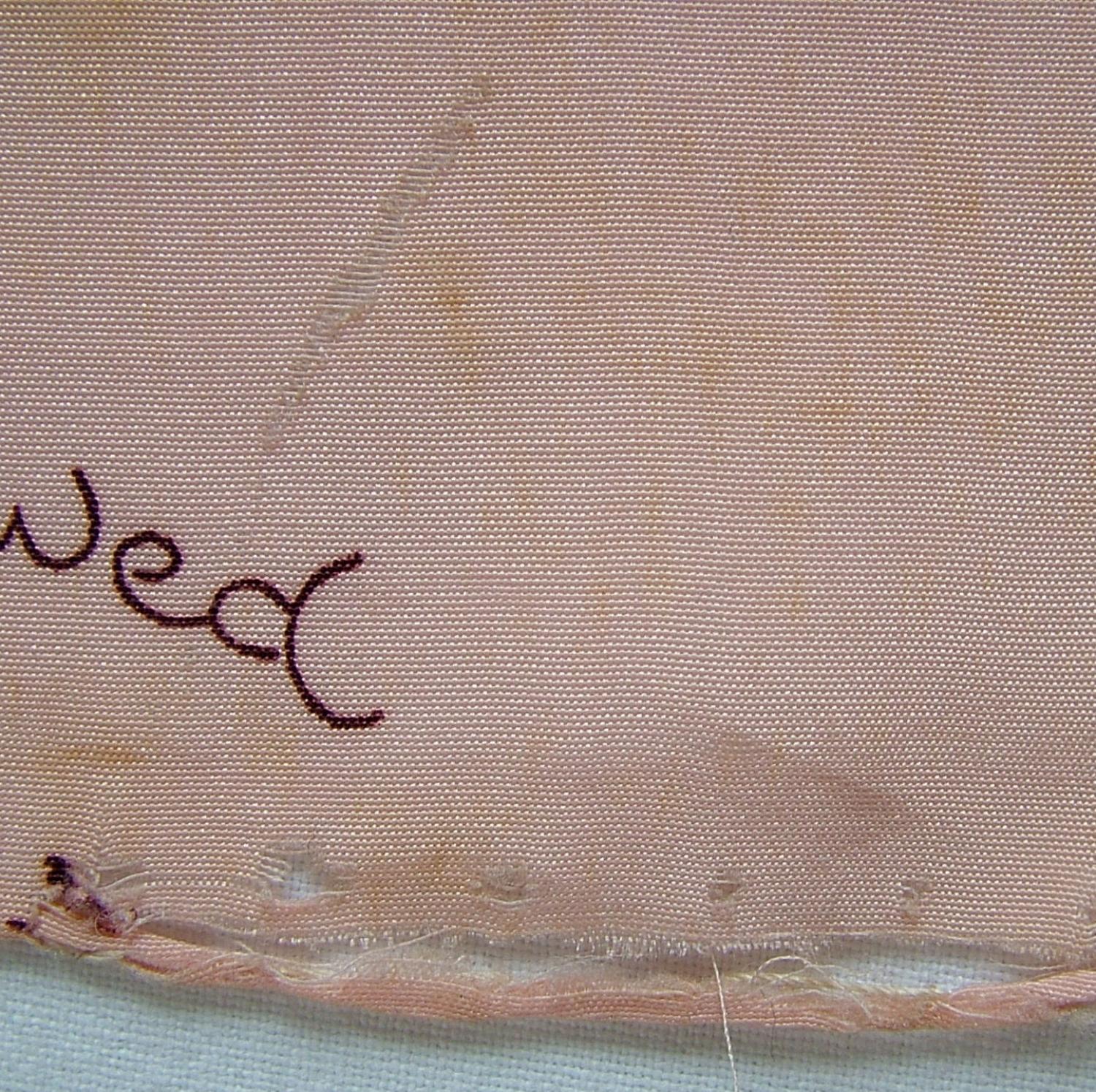