Stores reference 15A/137.  A standard 'Observer' harness for use with clip on chest-type parachute packs.  It is of genuine RAF/British manufacture rather than the more commonly found Canadian version.  Cream/white webbing with a central fleck.  It has the fully rounded quick release (QR) box  but no label or obvious marks.  The webbing is in good undamaged condition but is a bit soiled through normal use.  The QR box and other metalwork iis also good.  Fitted with  a pair of  connector 'rings' at the back for attaching a dinghy pack (not included) and an unmarked backpad.  The latter is sound but does have some small fray holes and wear.  A good used example of these increasingly hard to find harnesses.  Stock code S22411. 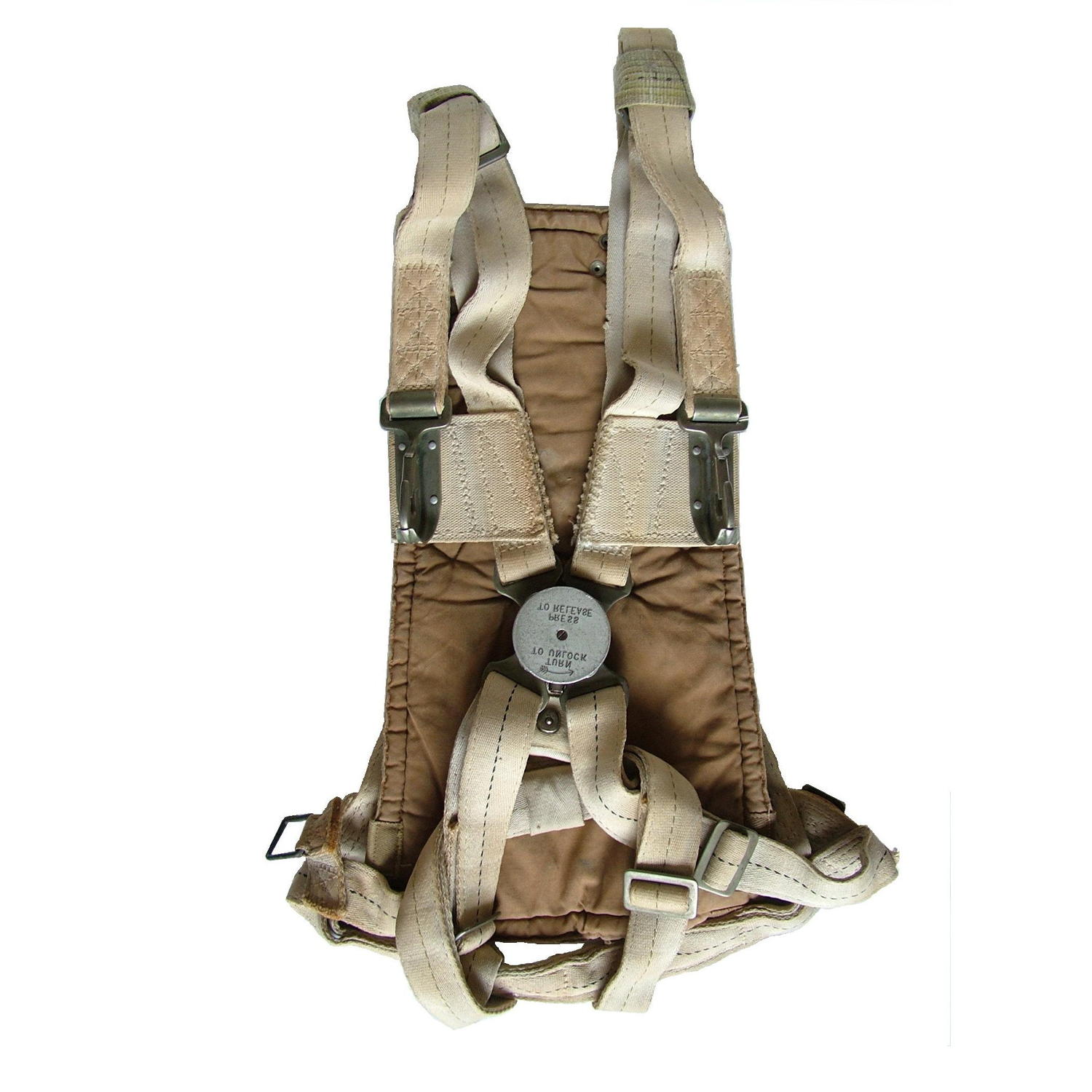 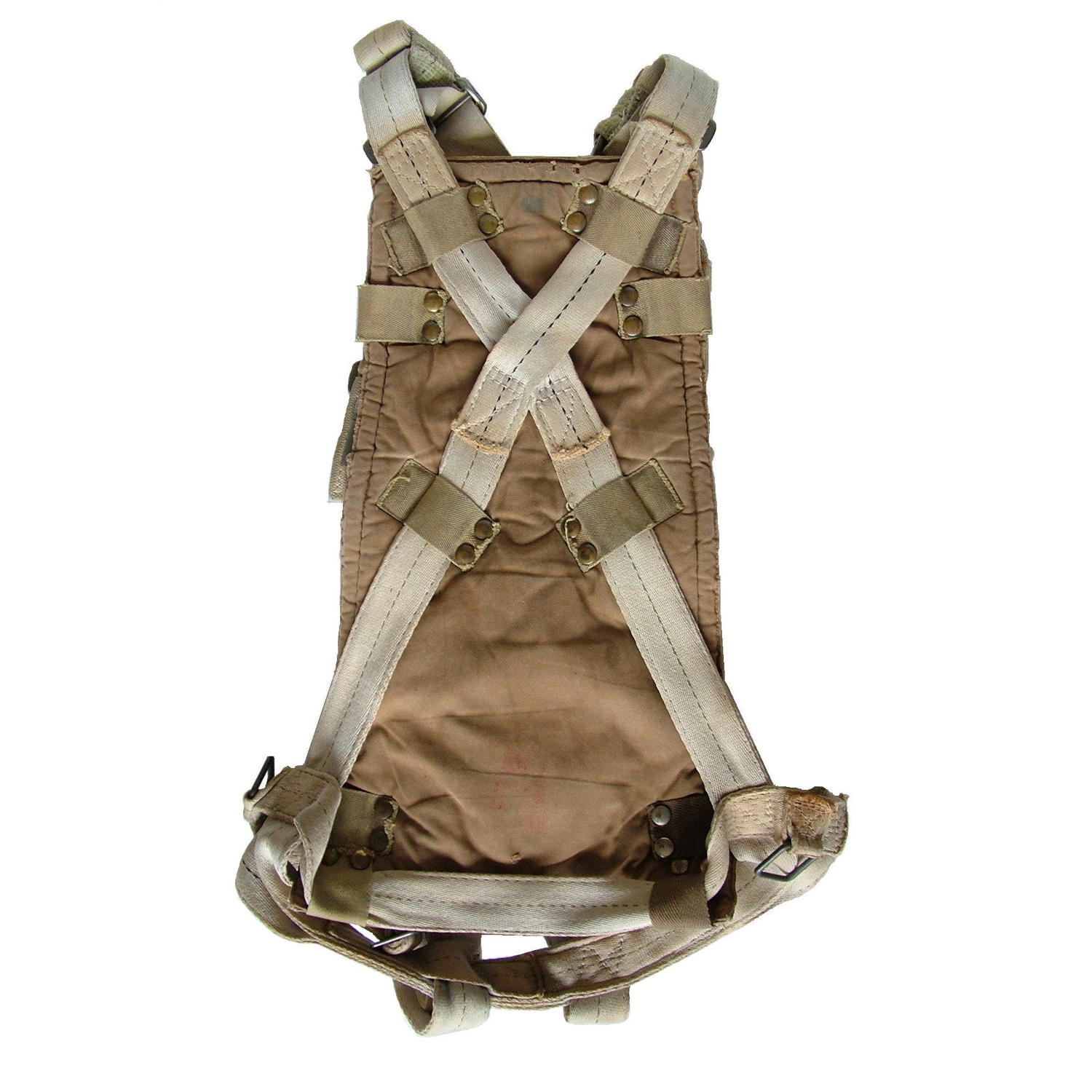 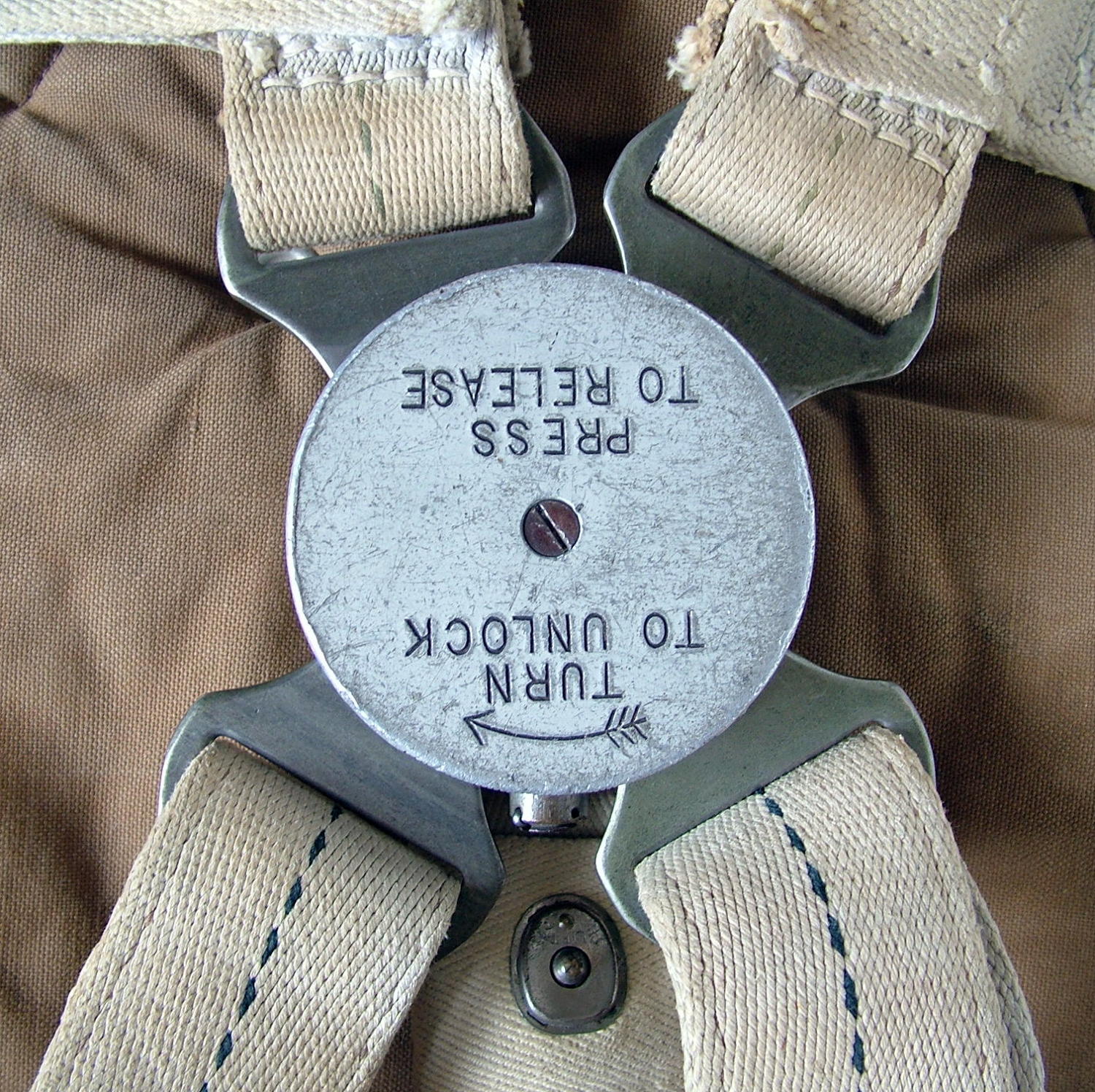 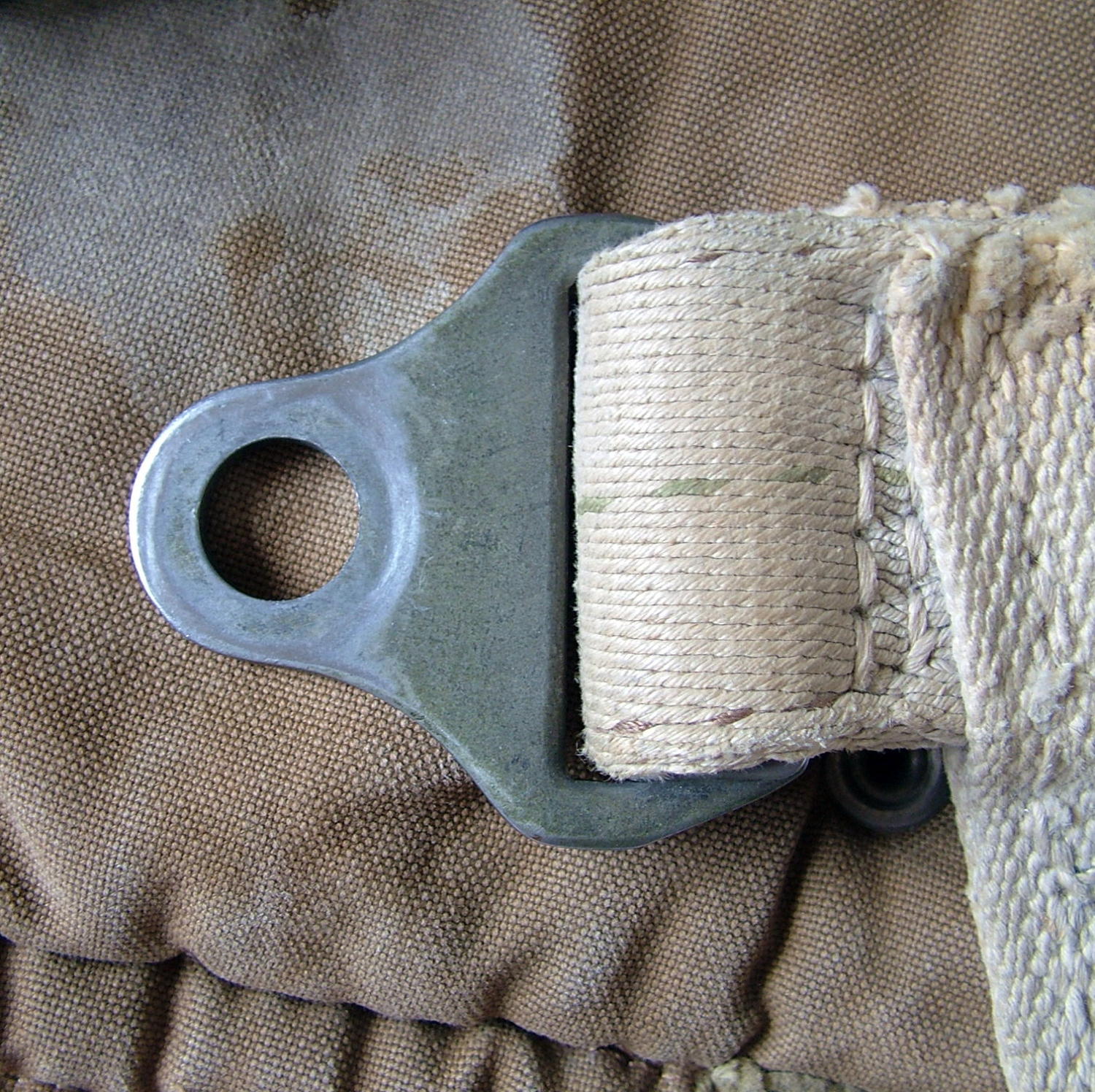 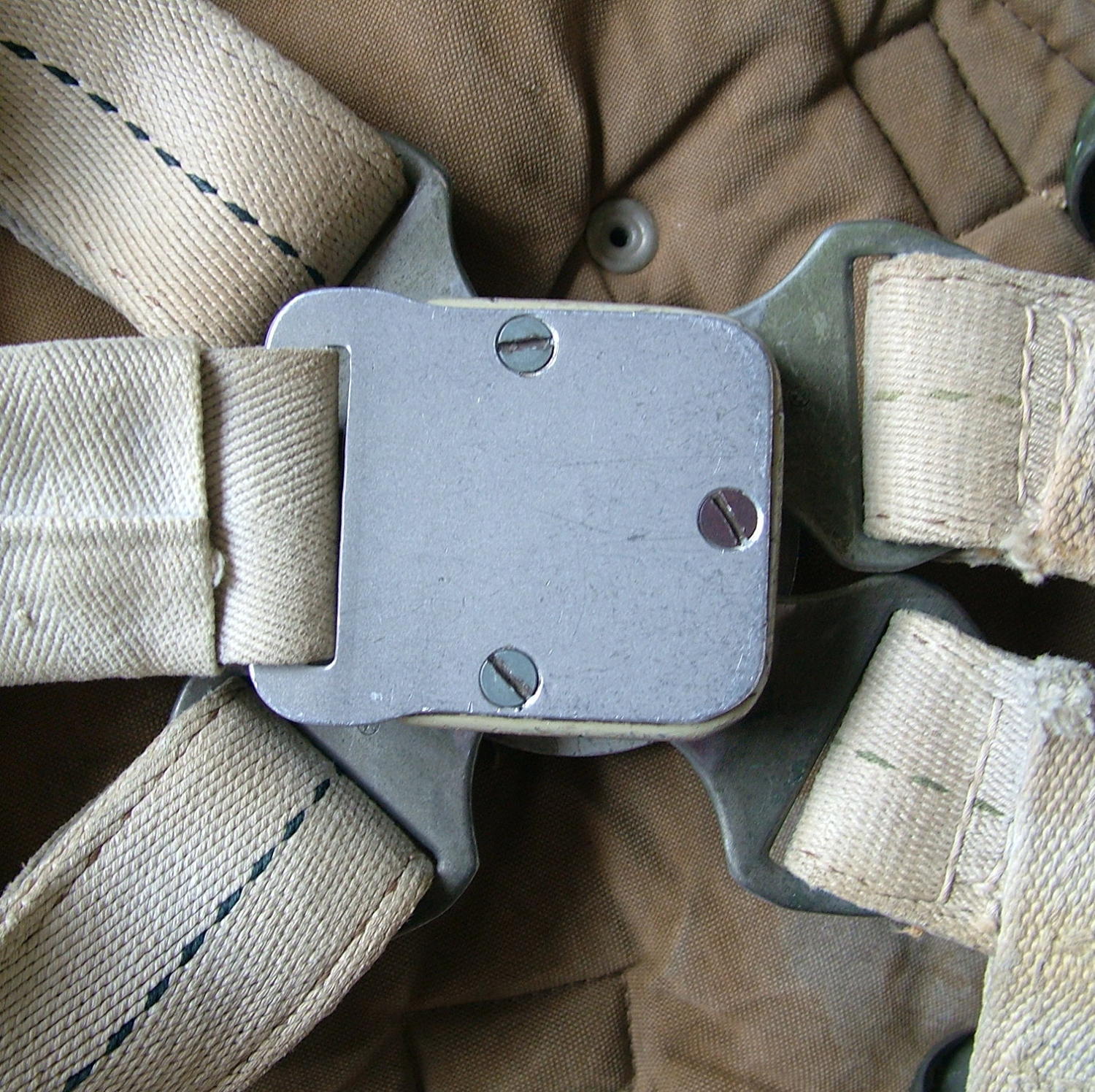 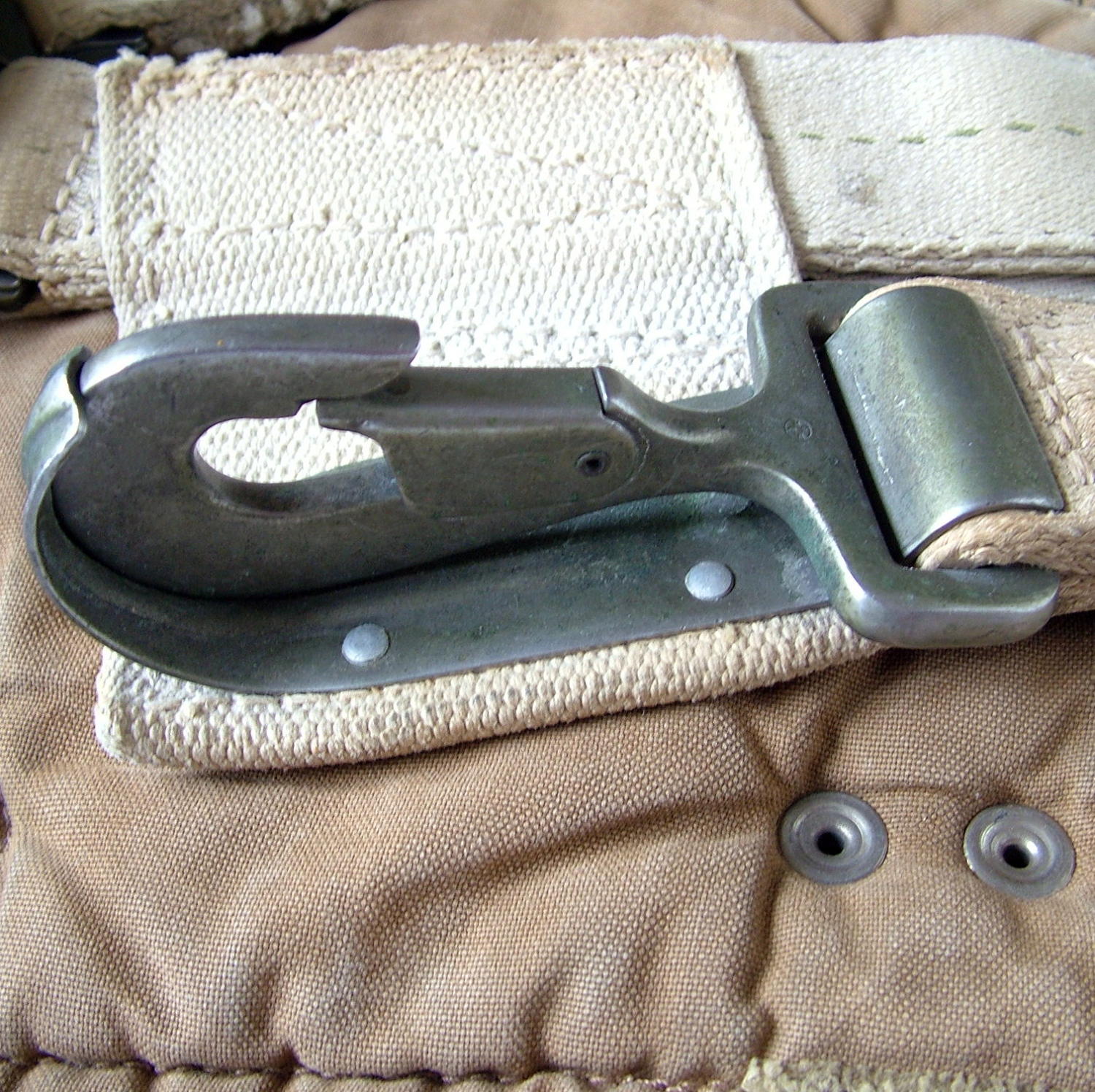 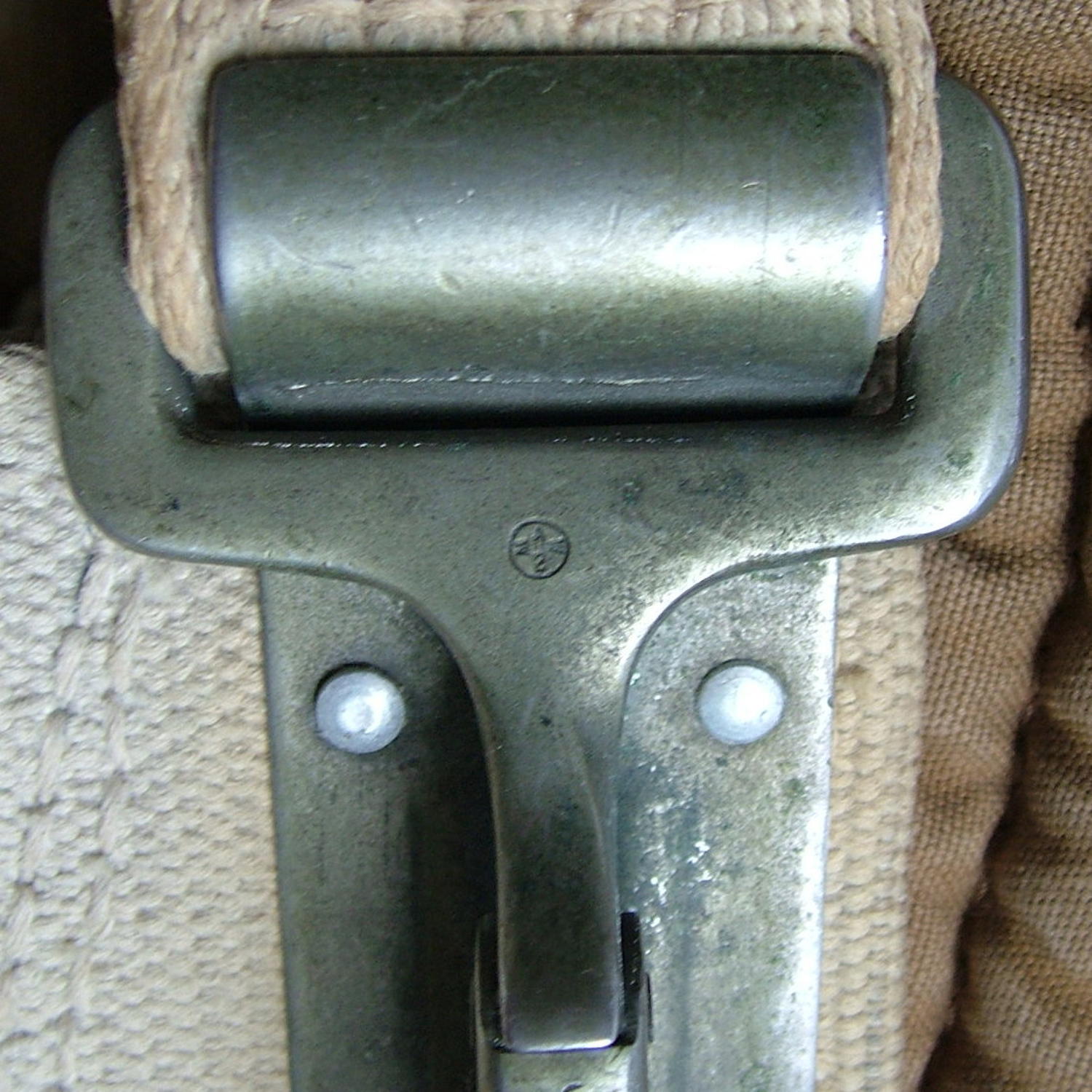 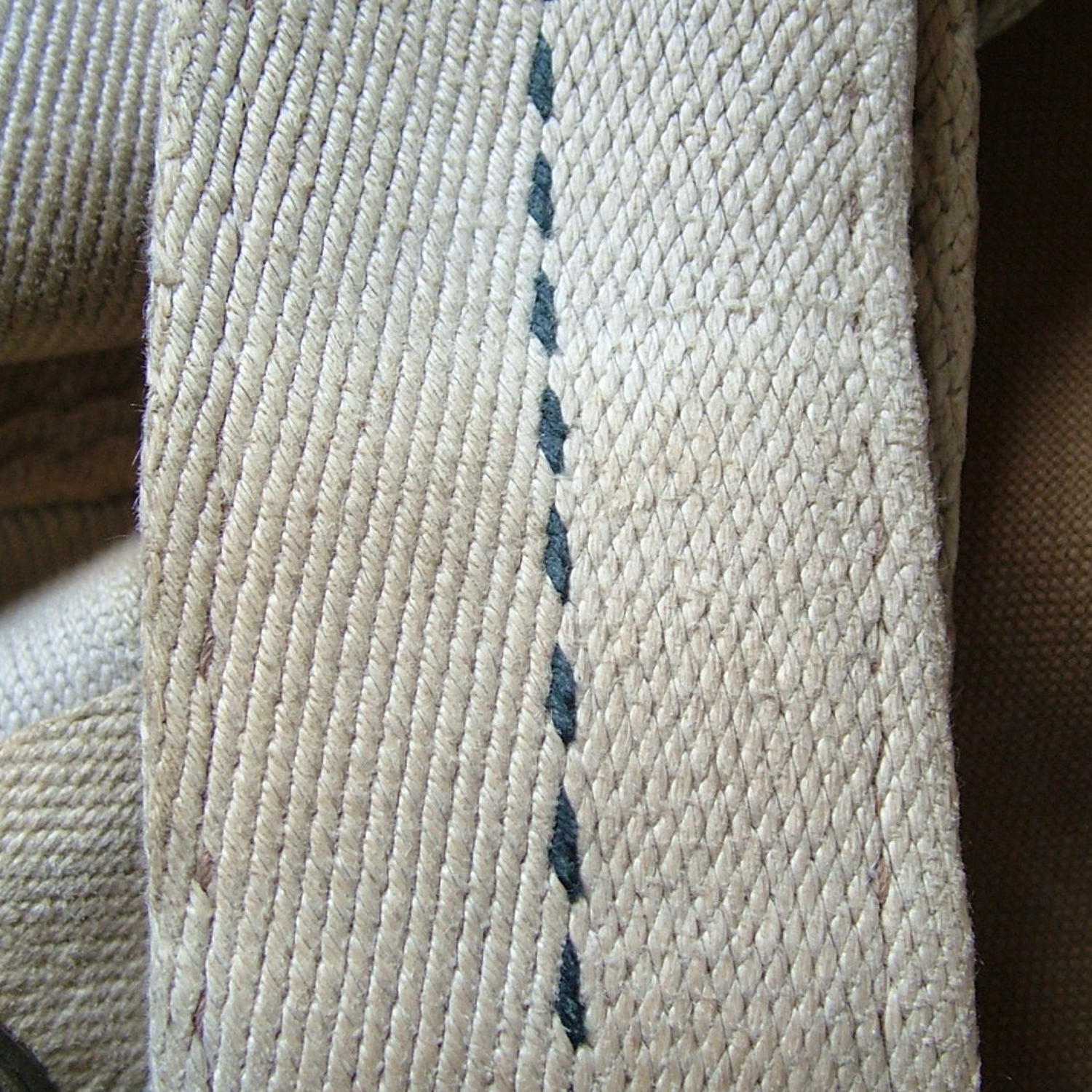 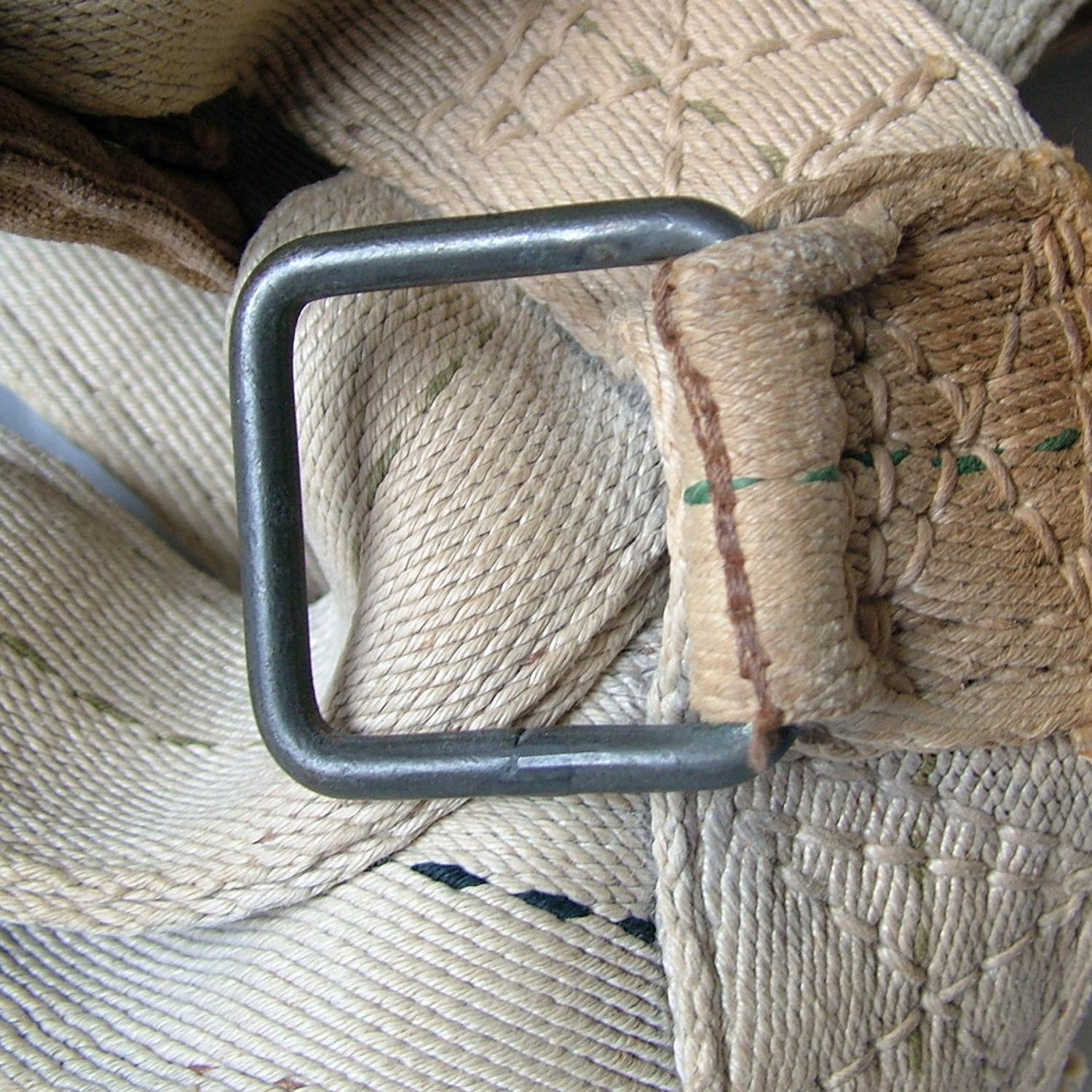 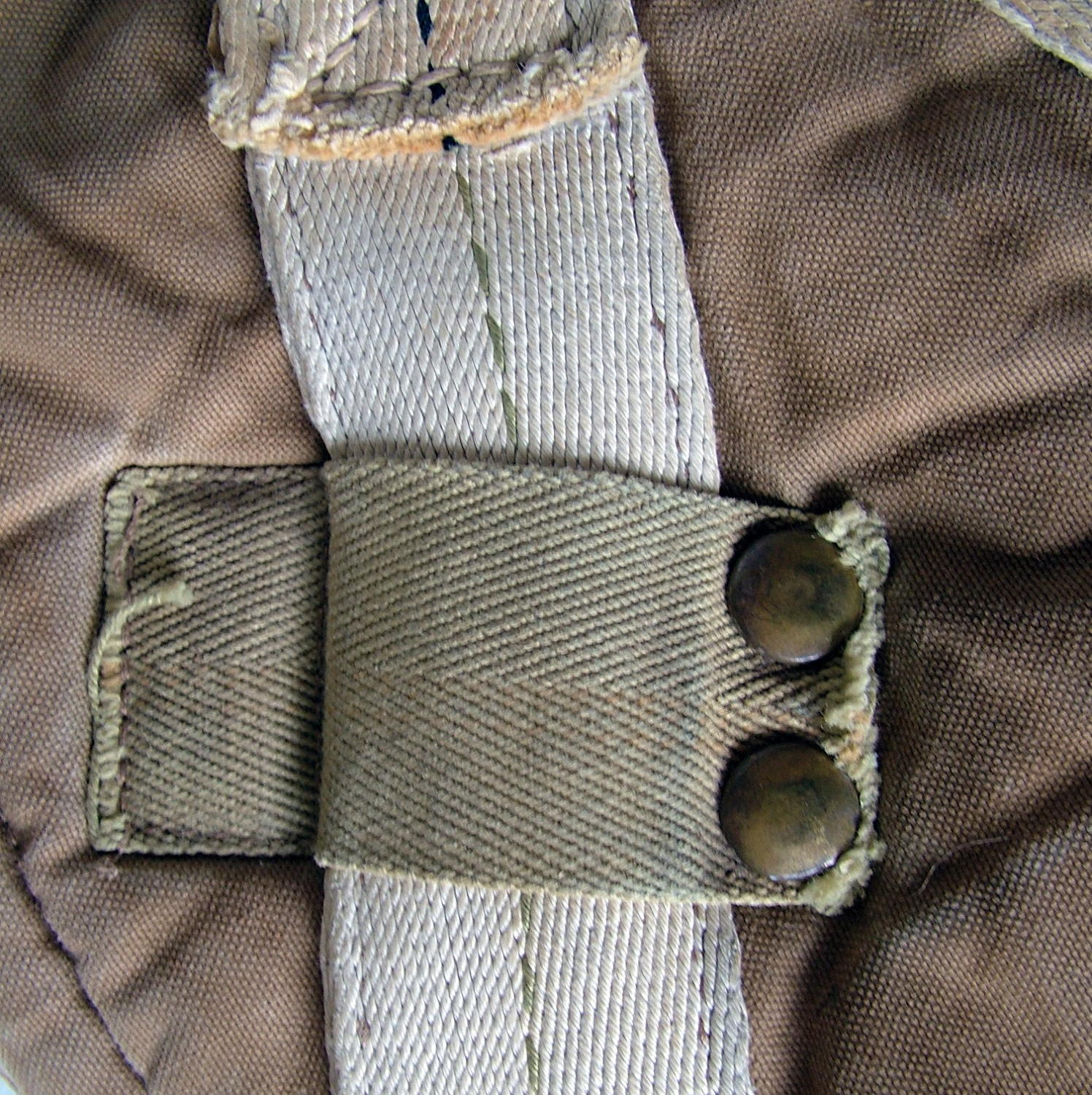 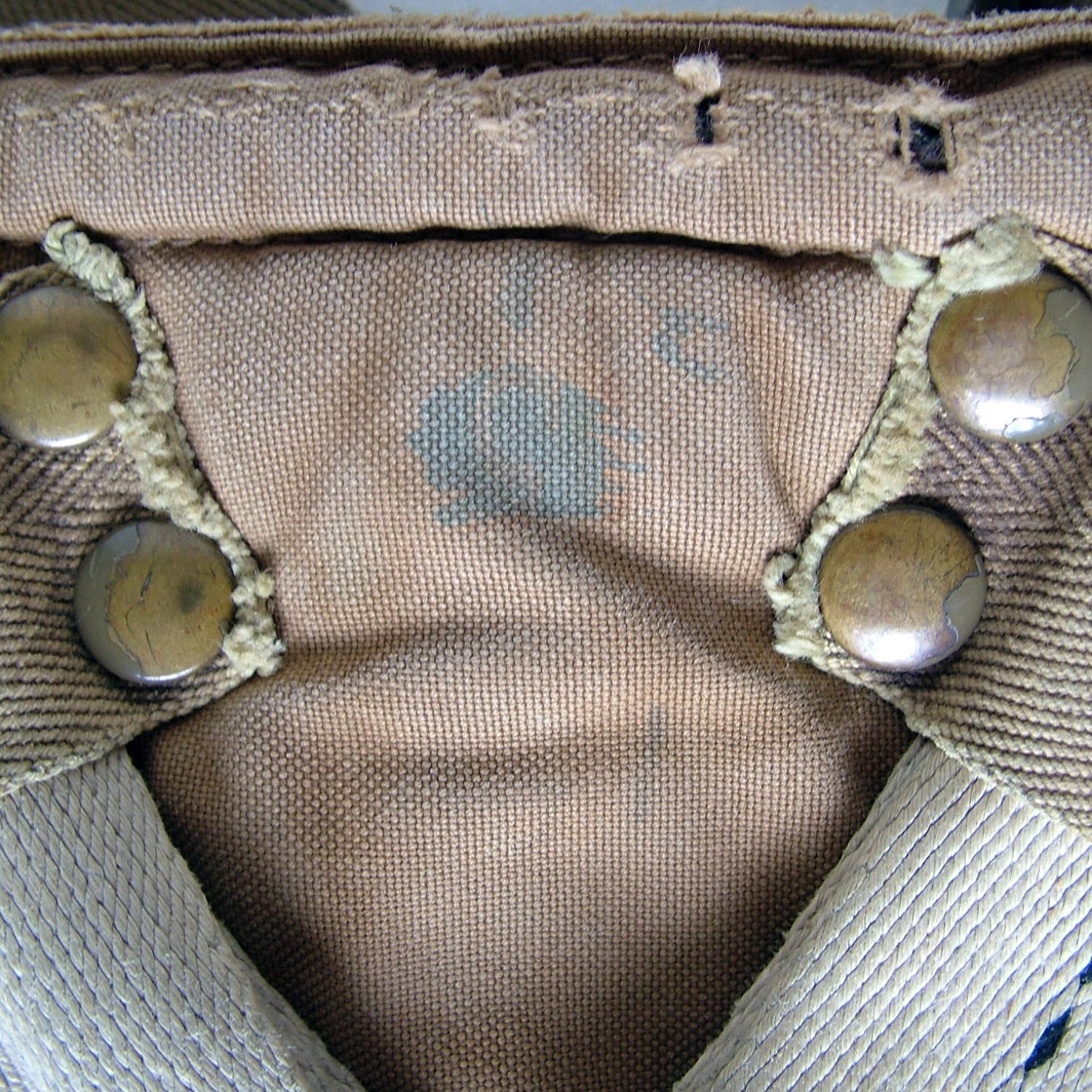 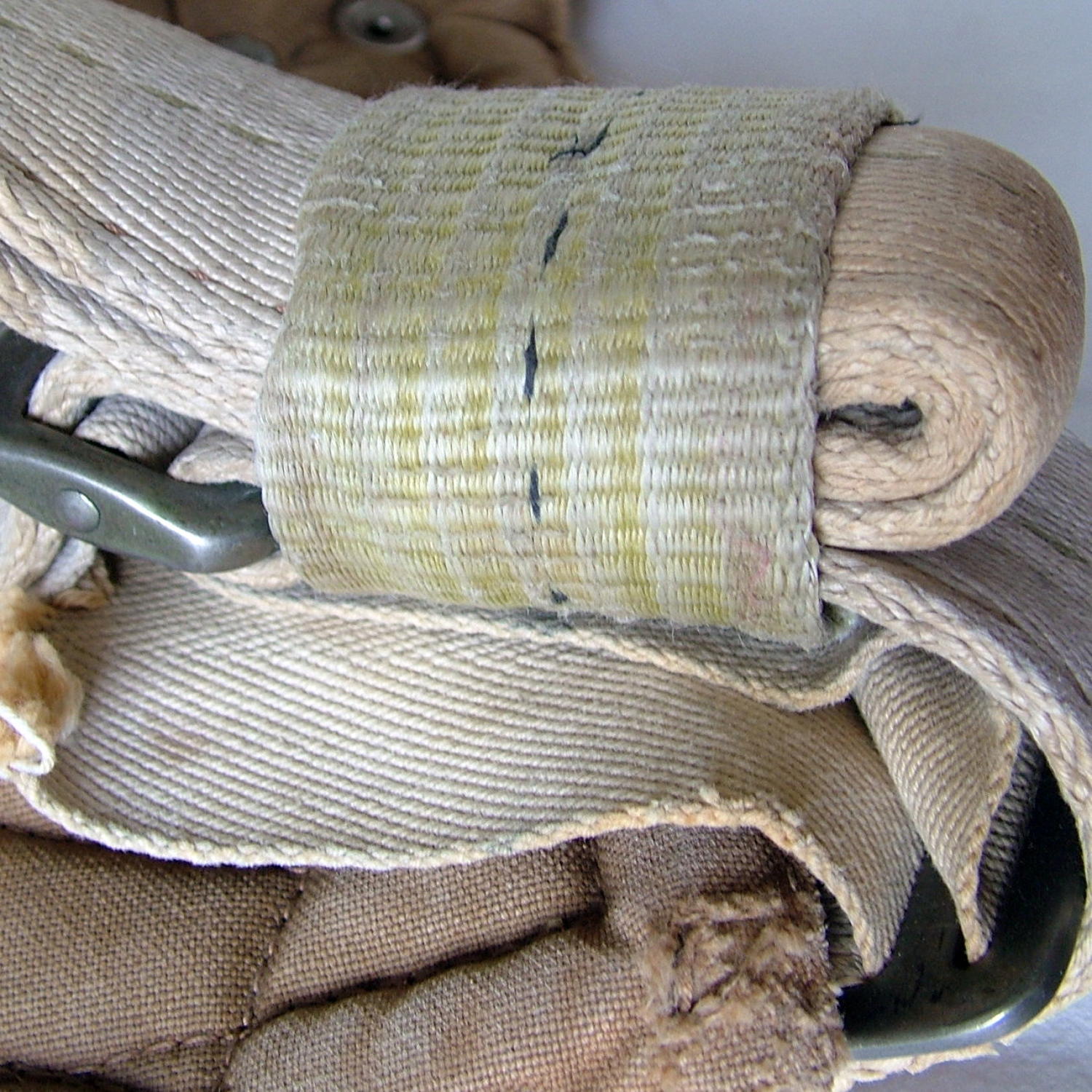 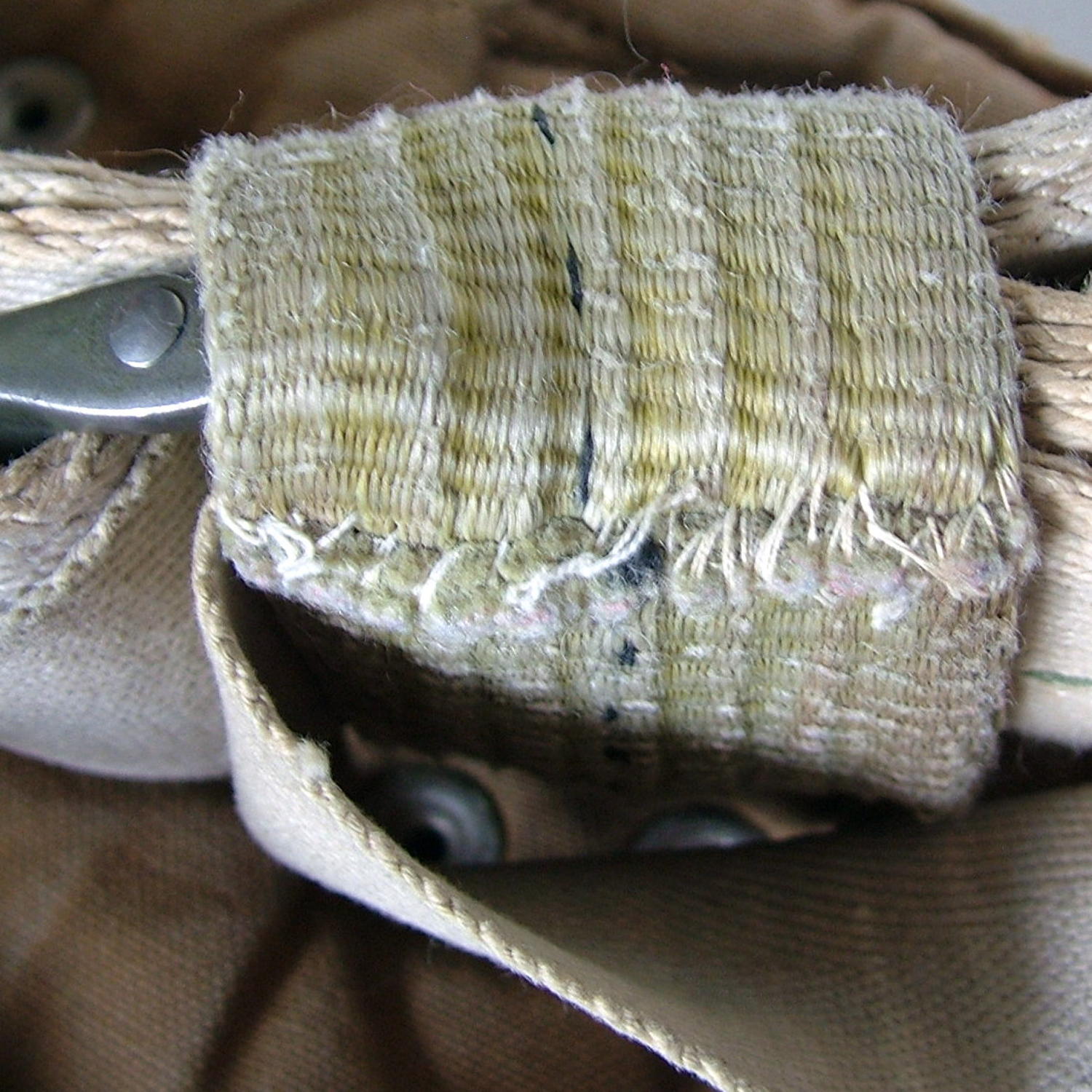