Paperwork relating to Flight Sergeant William E Richards RAFVR who flew with 100 squadron as a Navigator.  He undertook a 6 month full time course under the Air Ministry Preliminary Air Cew Training Scheme at Borough Polytechnic, London in September 1943, obtaining a distinction in maths, mechanical drawing and geography.  Included in the lot are various exam question papers and his certificate.  There are also a couple of his handwritten RAF notebooks and Air Pamphlet 145 'You are going to be a Navigator' dated 11/42.  His navigator's Log Book cover (1942 print date) contains sheets/notes on navigation, a plotting map used for training and a couple of detailed Navigator's log sheets filled out on training flights in Canada c.1942.  His service and release book also has a medal slip within, issued at 100 Squadron orderly room in March 1946.  He was entitled to the 1939-45, France and Germany, Defence and war medals.  Other items include 'Canada 1943 - The Official Handbook of Present Conditions and Recent Progress', his RAF Navigation Warrant 2nd class certificate dated December 1946 and a couple of very nicely drawn pen and ink sketches featuring RAF 'types'.  Finally there is a sheet with the lyrics to 'The 100 Squadron Boys' song!  An interesting group.  Used condition.  Stock code P23445. 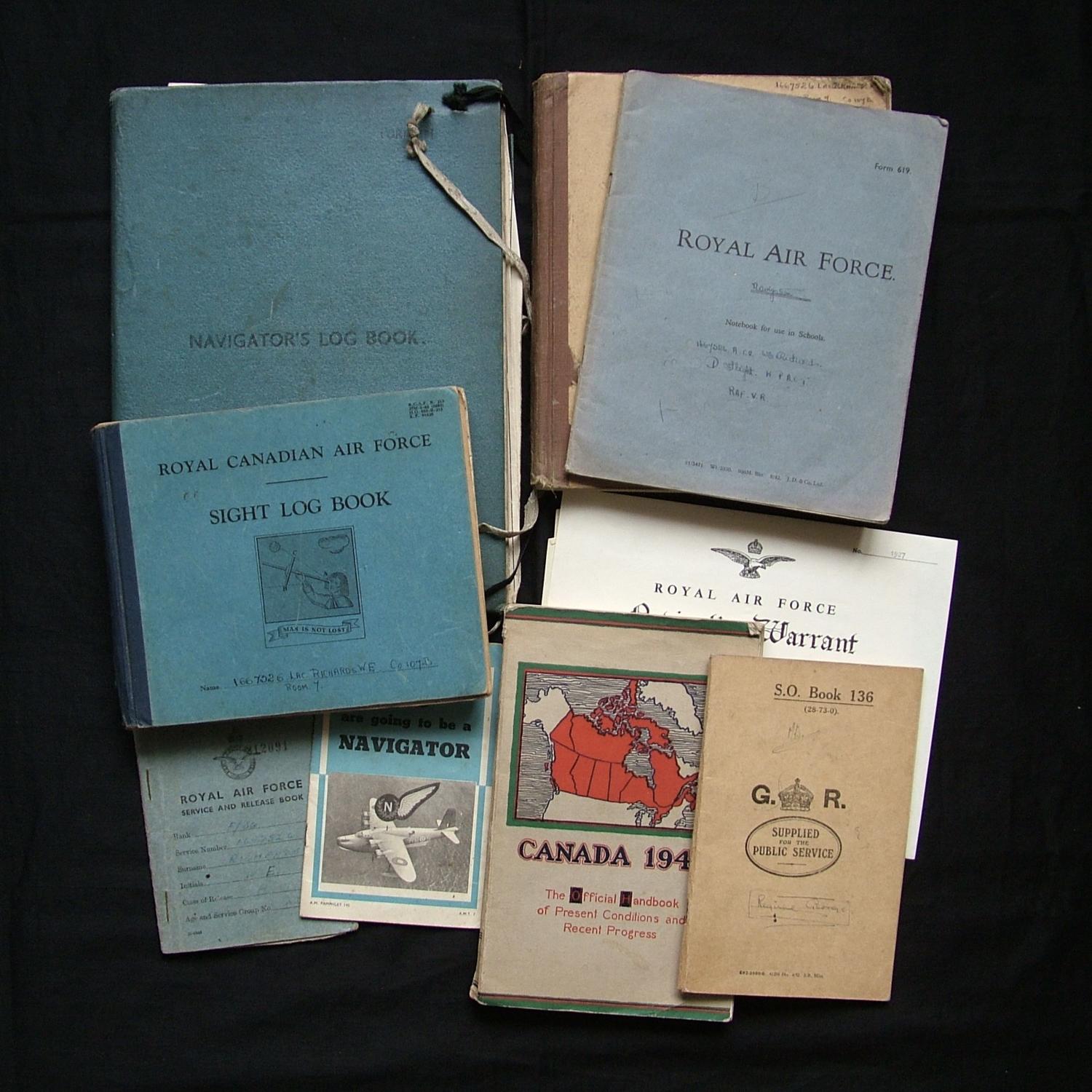 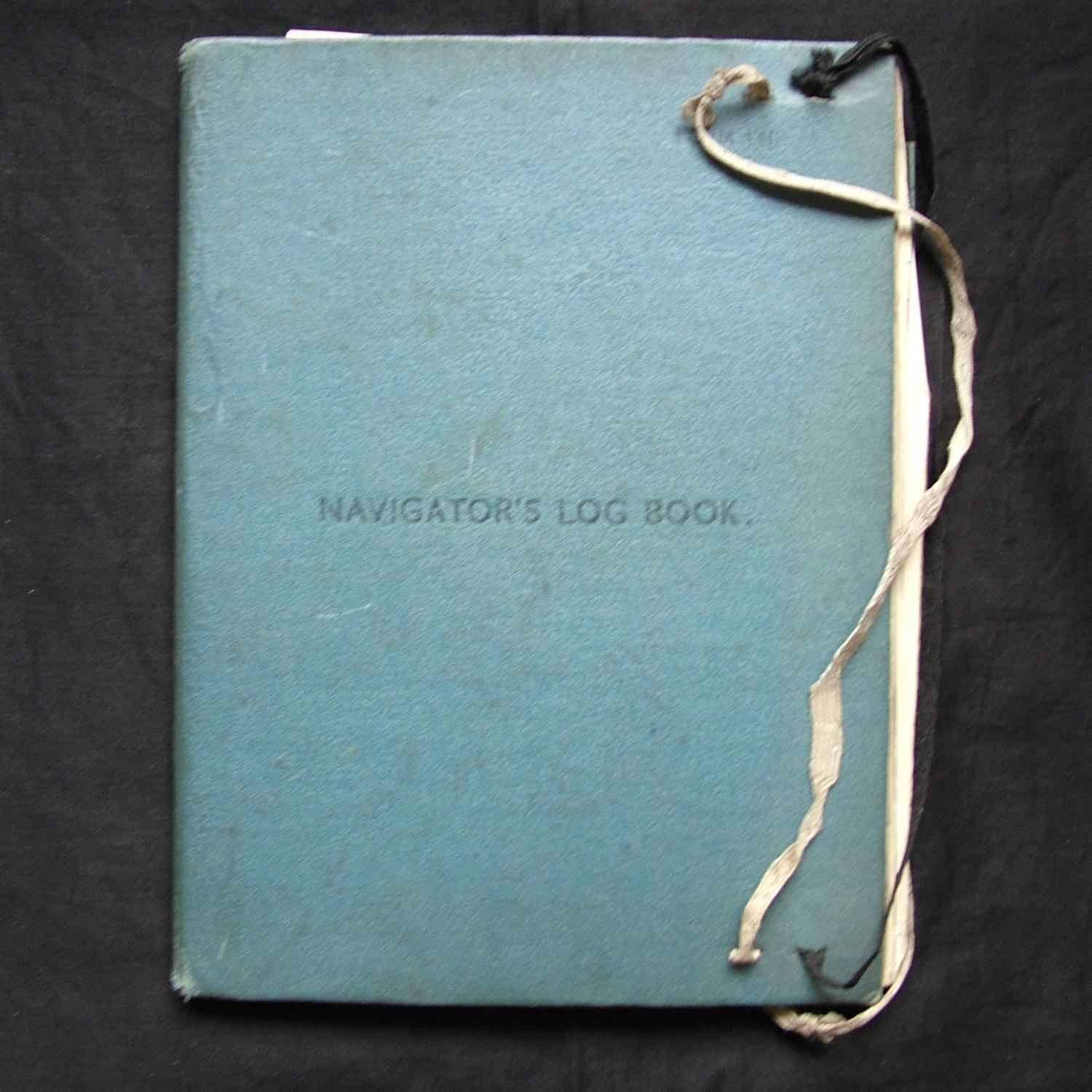 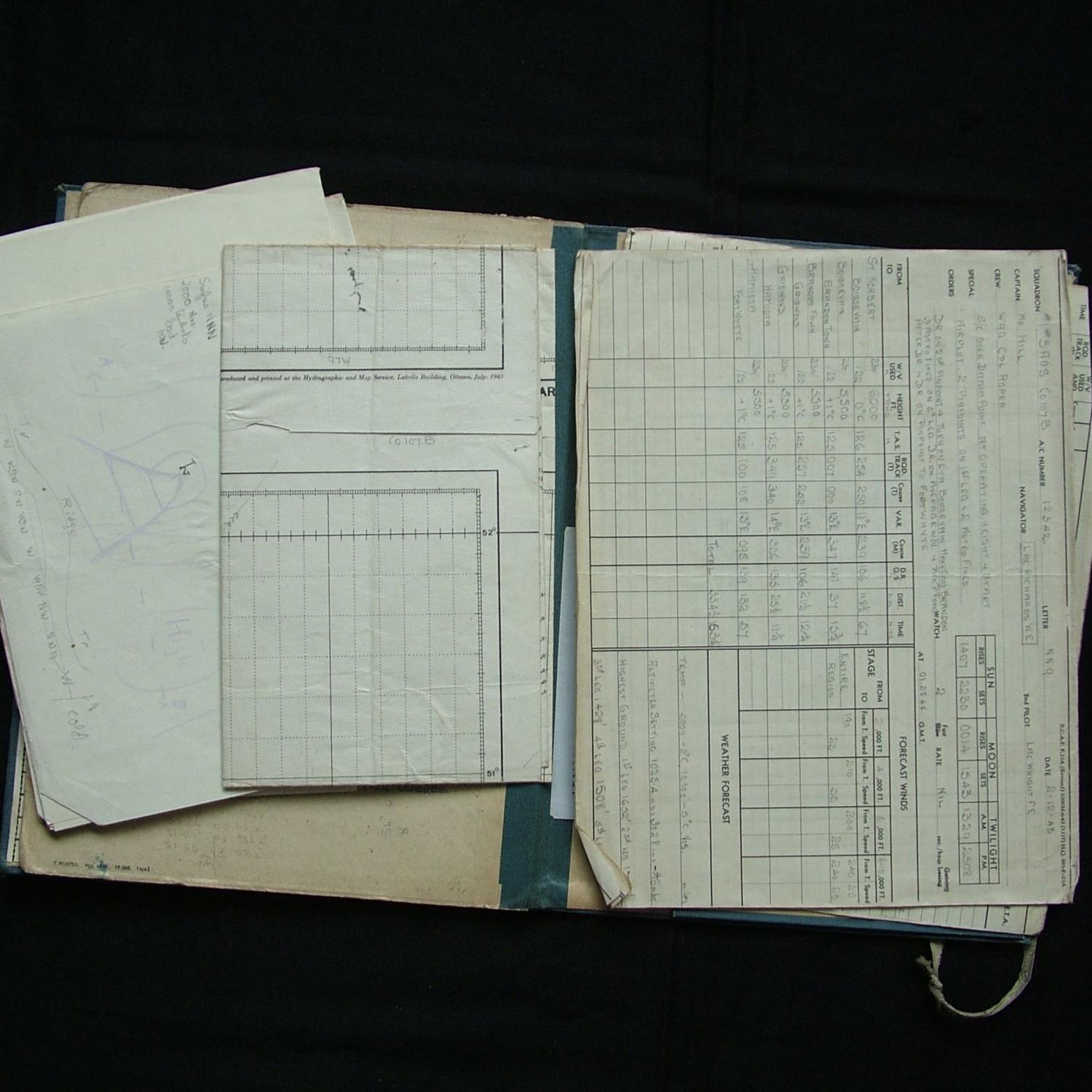 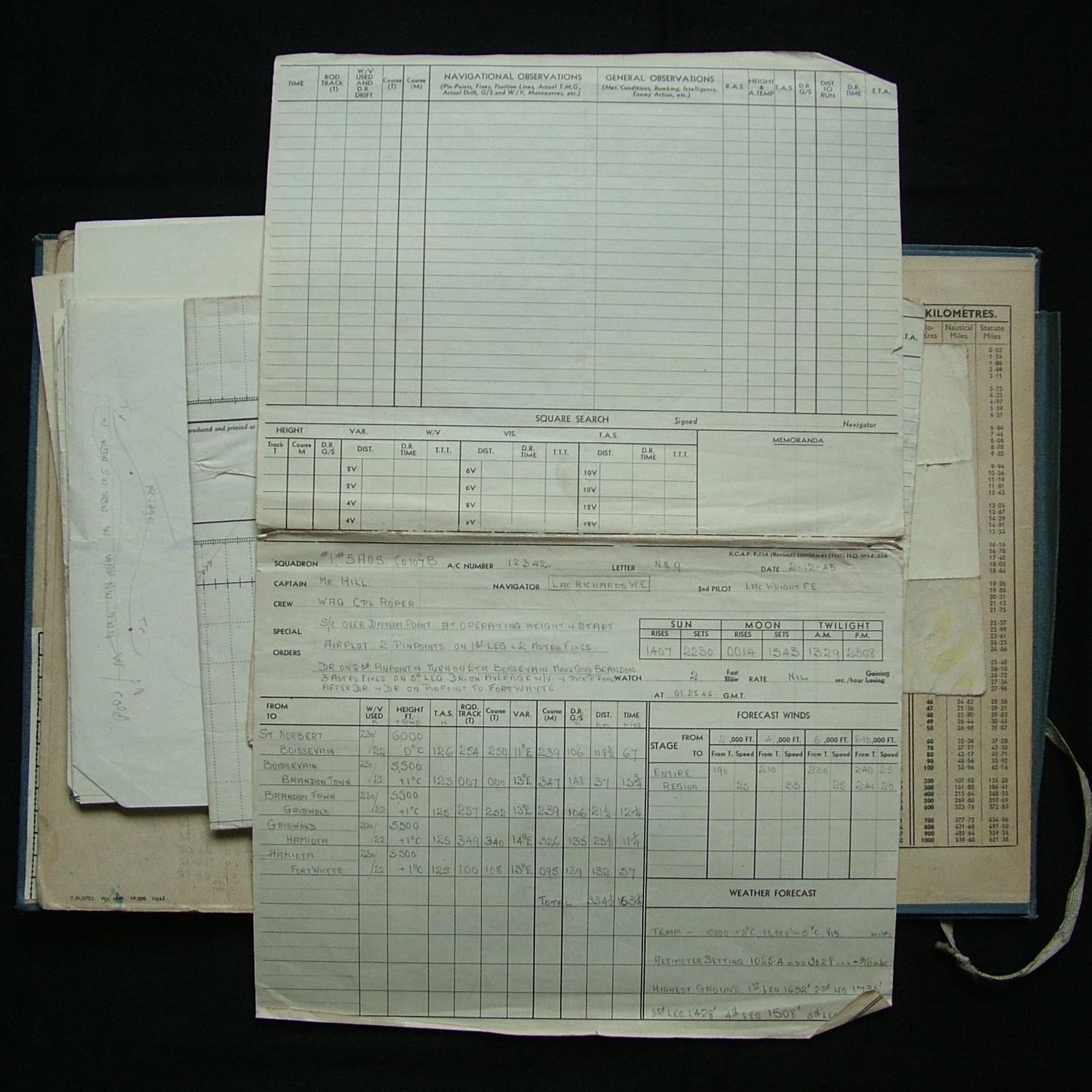 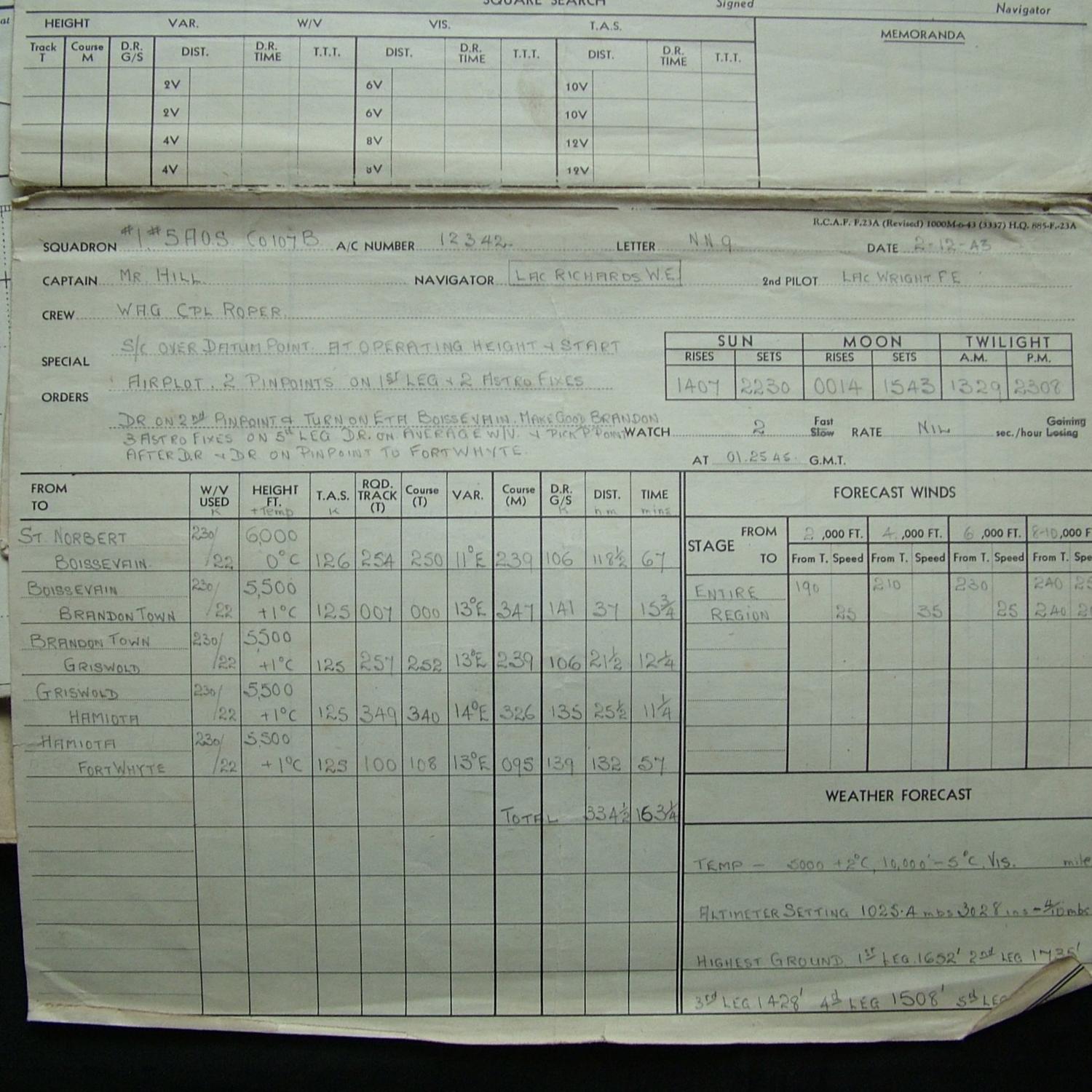 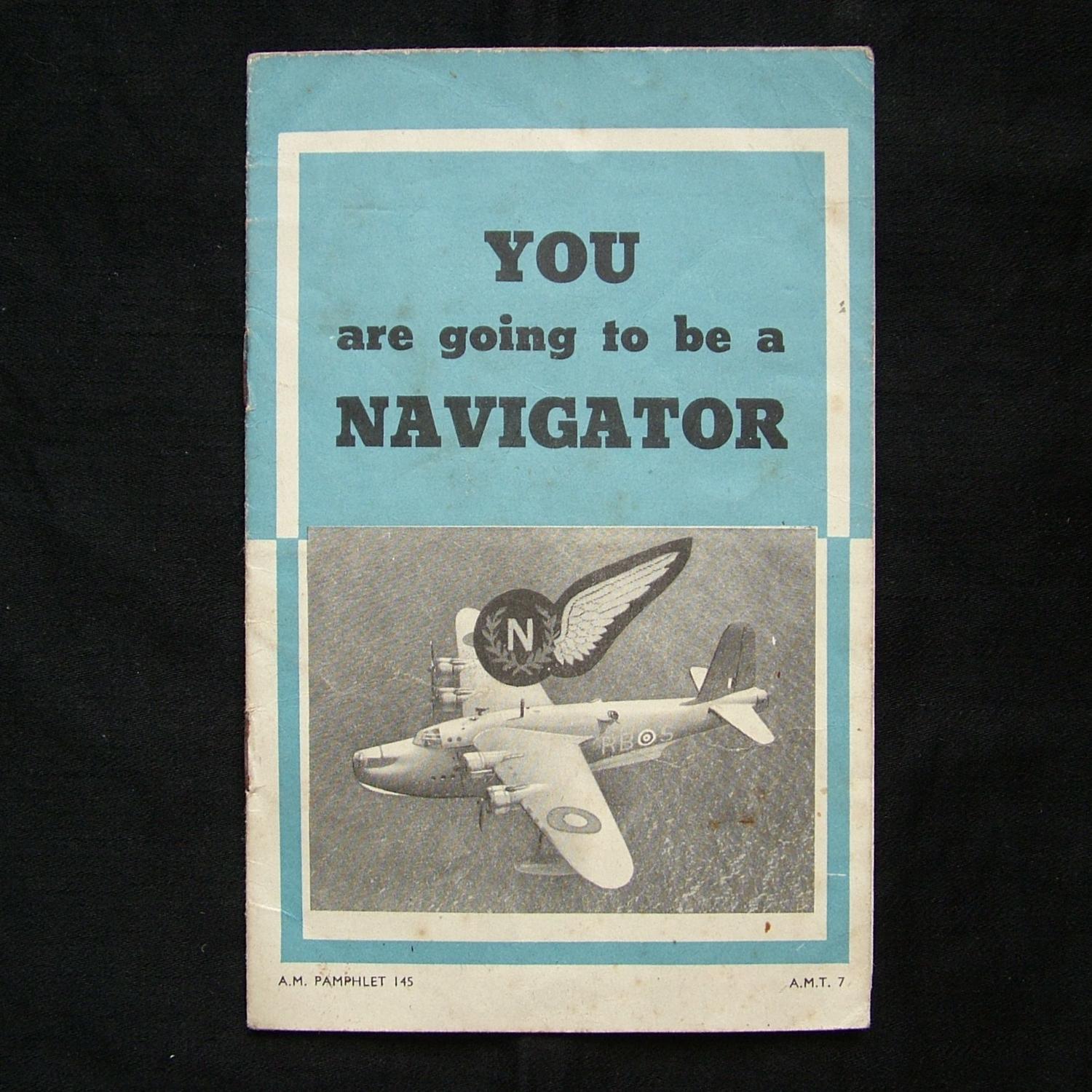 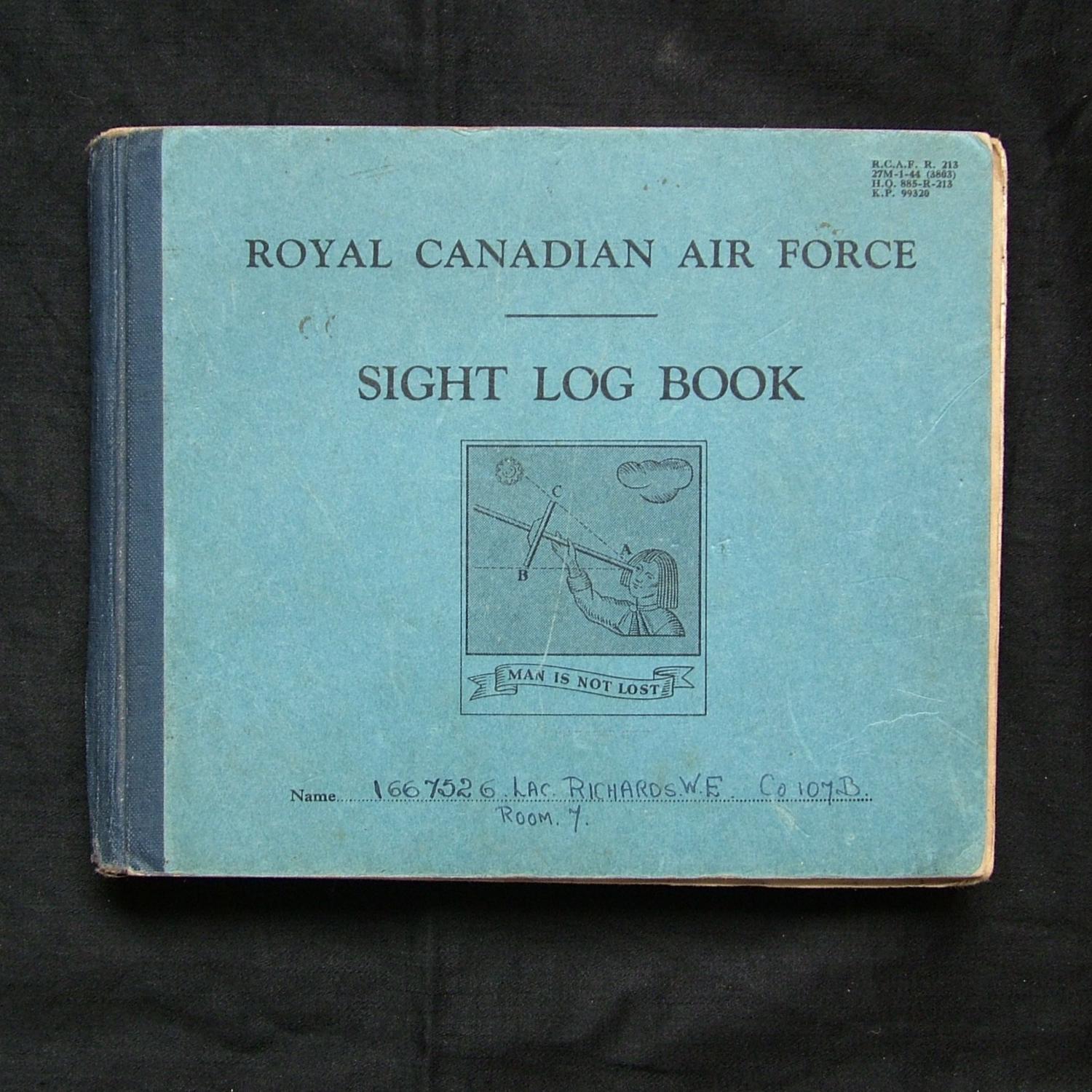 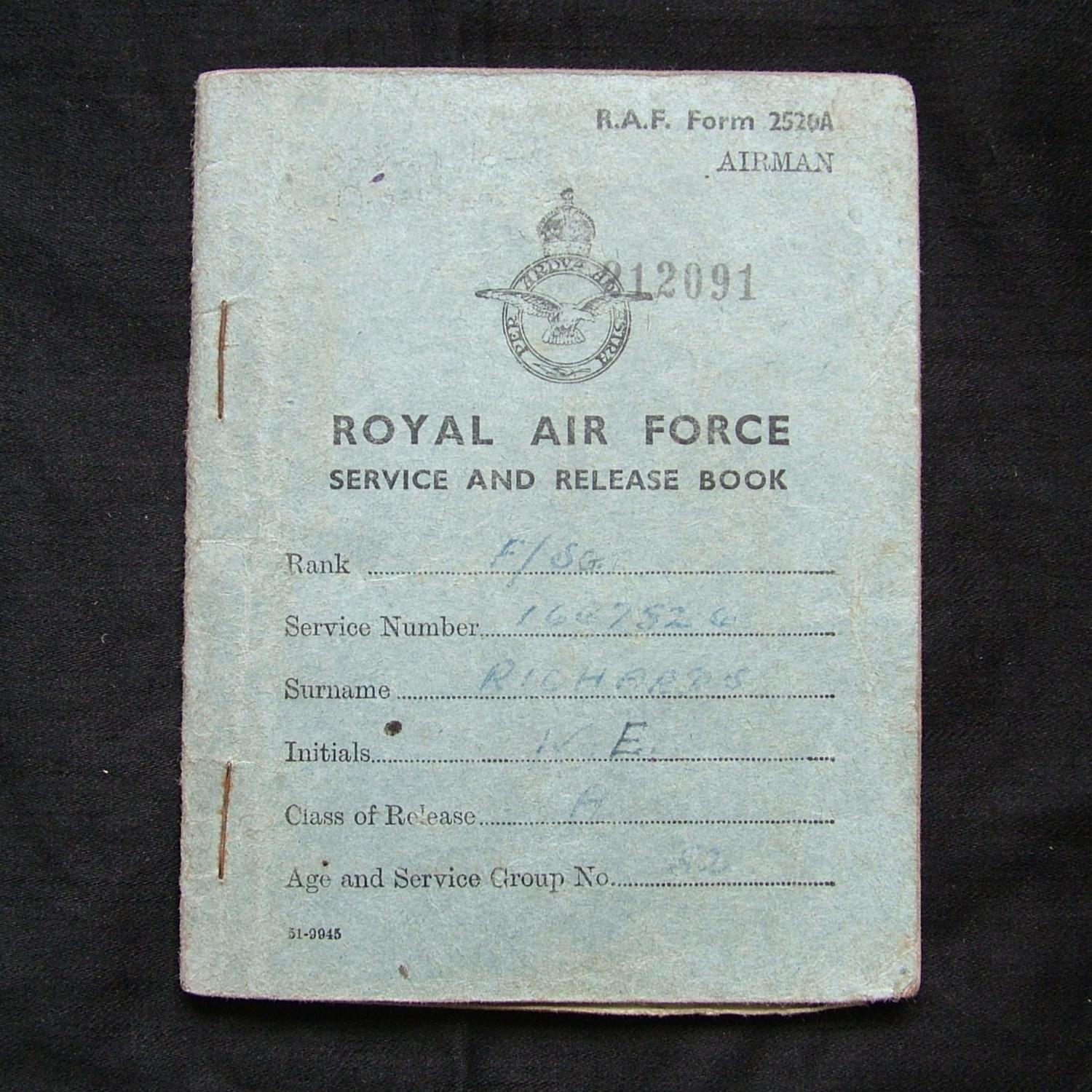 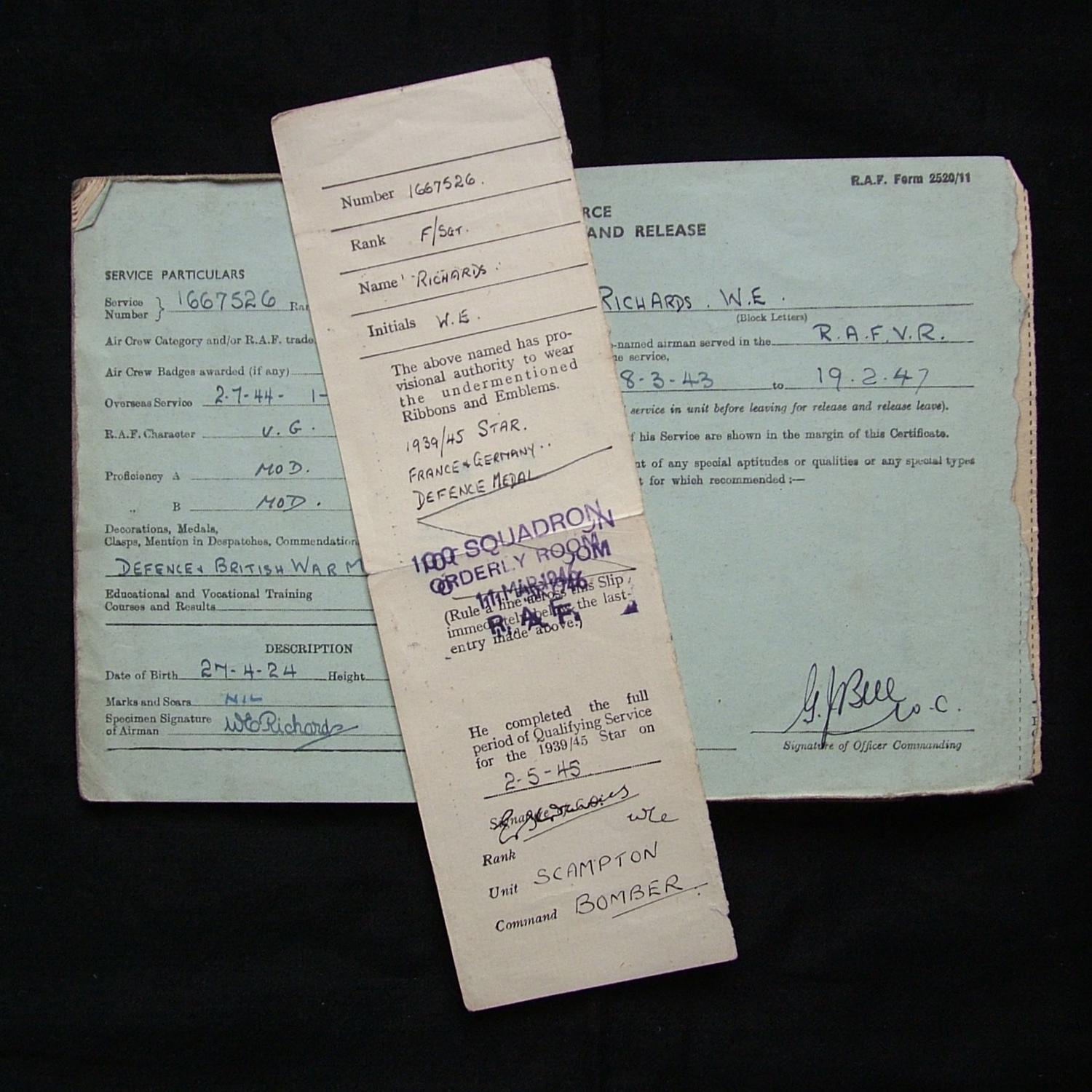 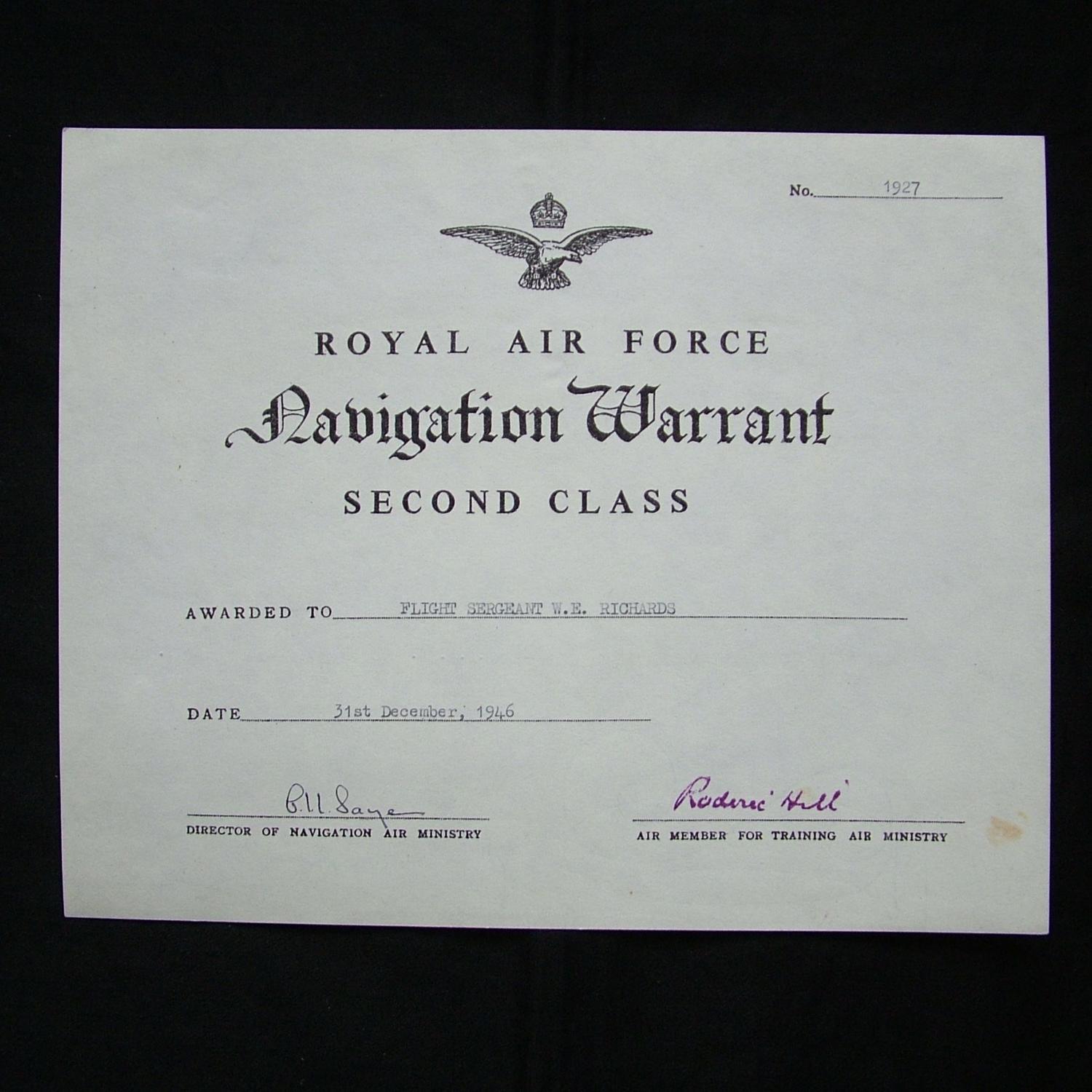 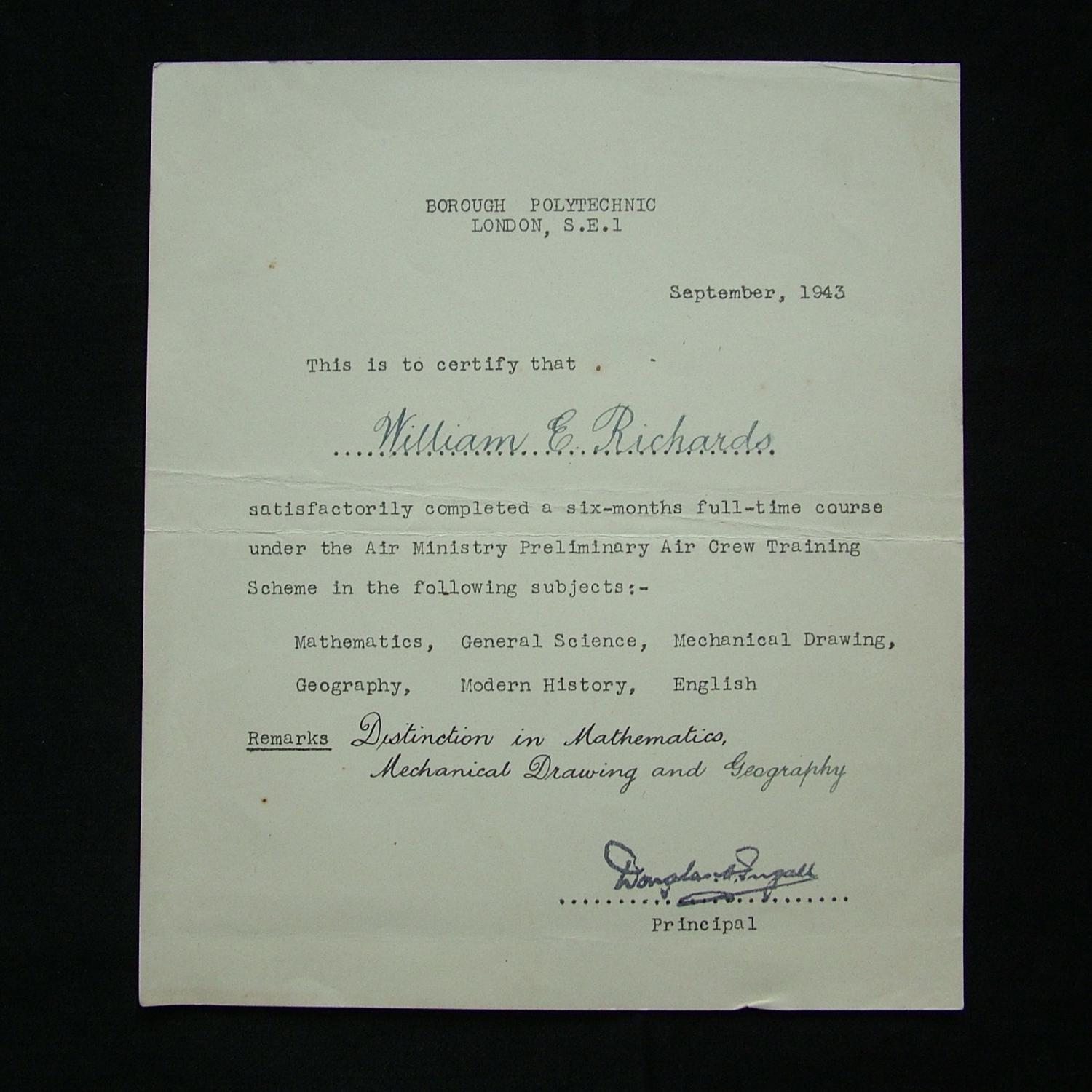 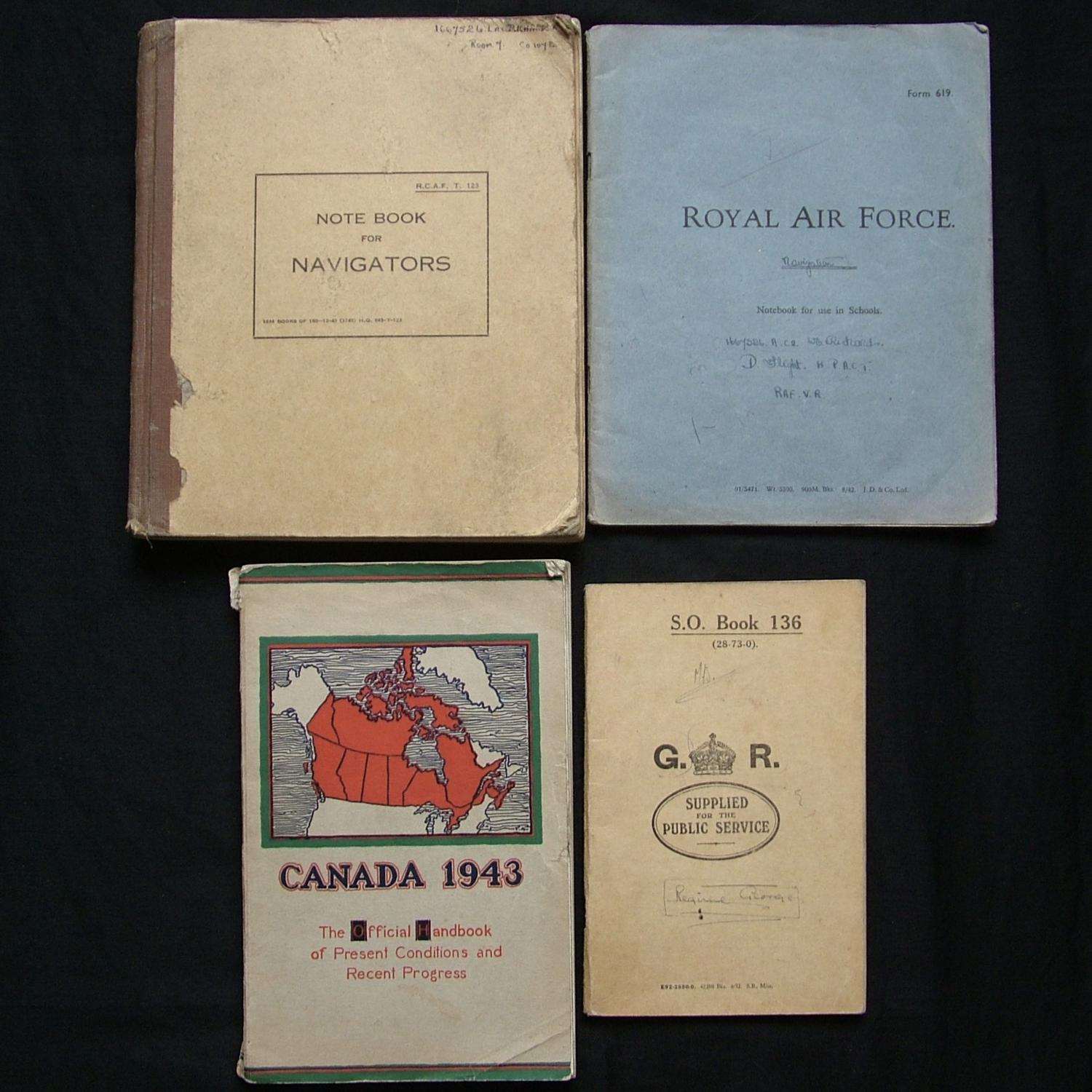 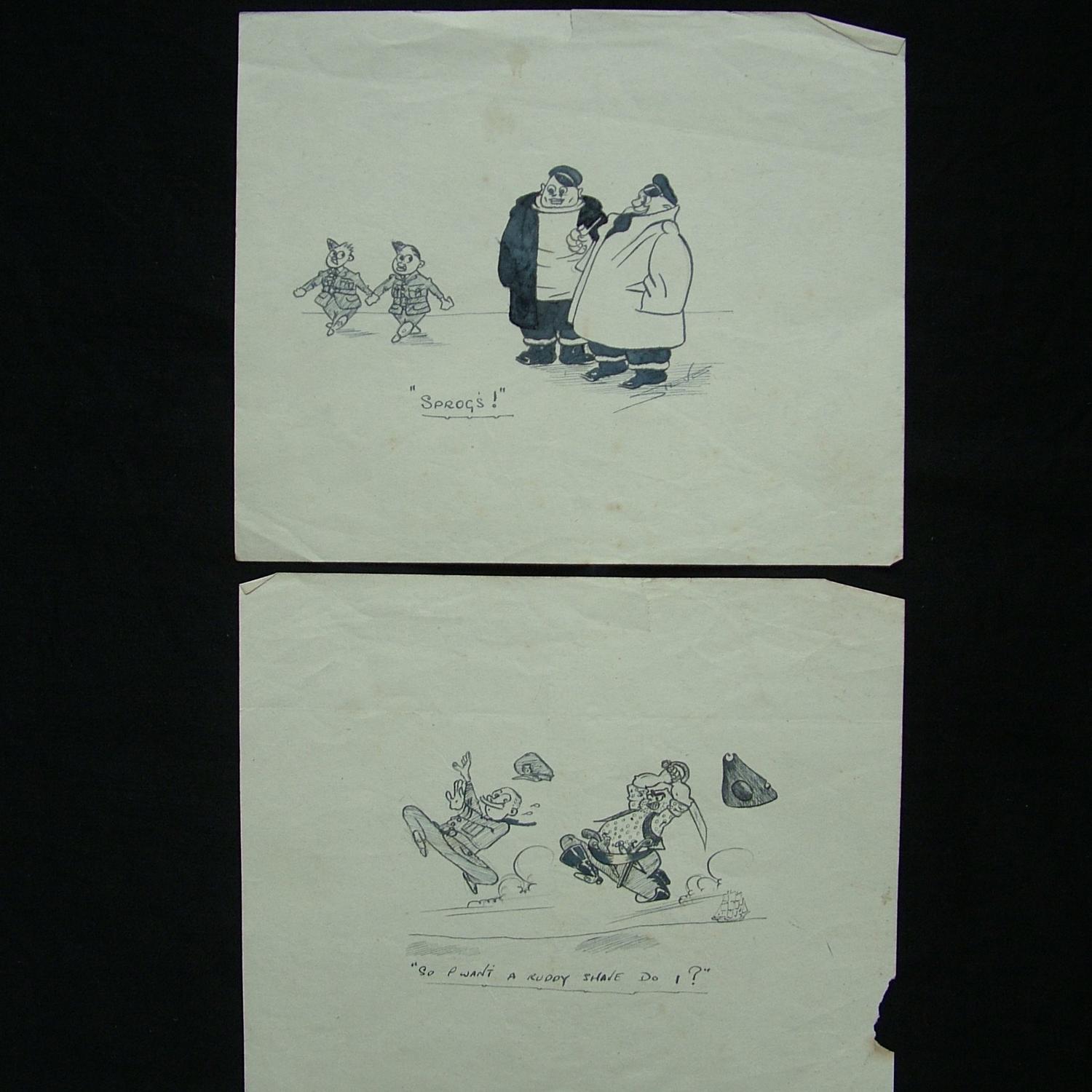