Original crew photograph approximately 21 x 15cm with Lancaster 'H' ND692 of 83 Pathfinder squadron.  It is signed to rear by pilot Captain Lourens S.A.A.F. who also flew with 106 squadron.   He can be seen standing to the centre wearing a beret and light coloured battledress with South African wing and ditching whistle.  Two of the other crew appear to be wearing R.A.A.F uniform including Flight Engineer J Warbrich who is also named on the rear.  This image originated from aviation dealer Michael Young in the 1980s.  Virtually all of his stock was sourced directly from the veterans.  A super image. Comes wth some information on D.C. Lourens (186176V).  Stock code P23510. 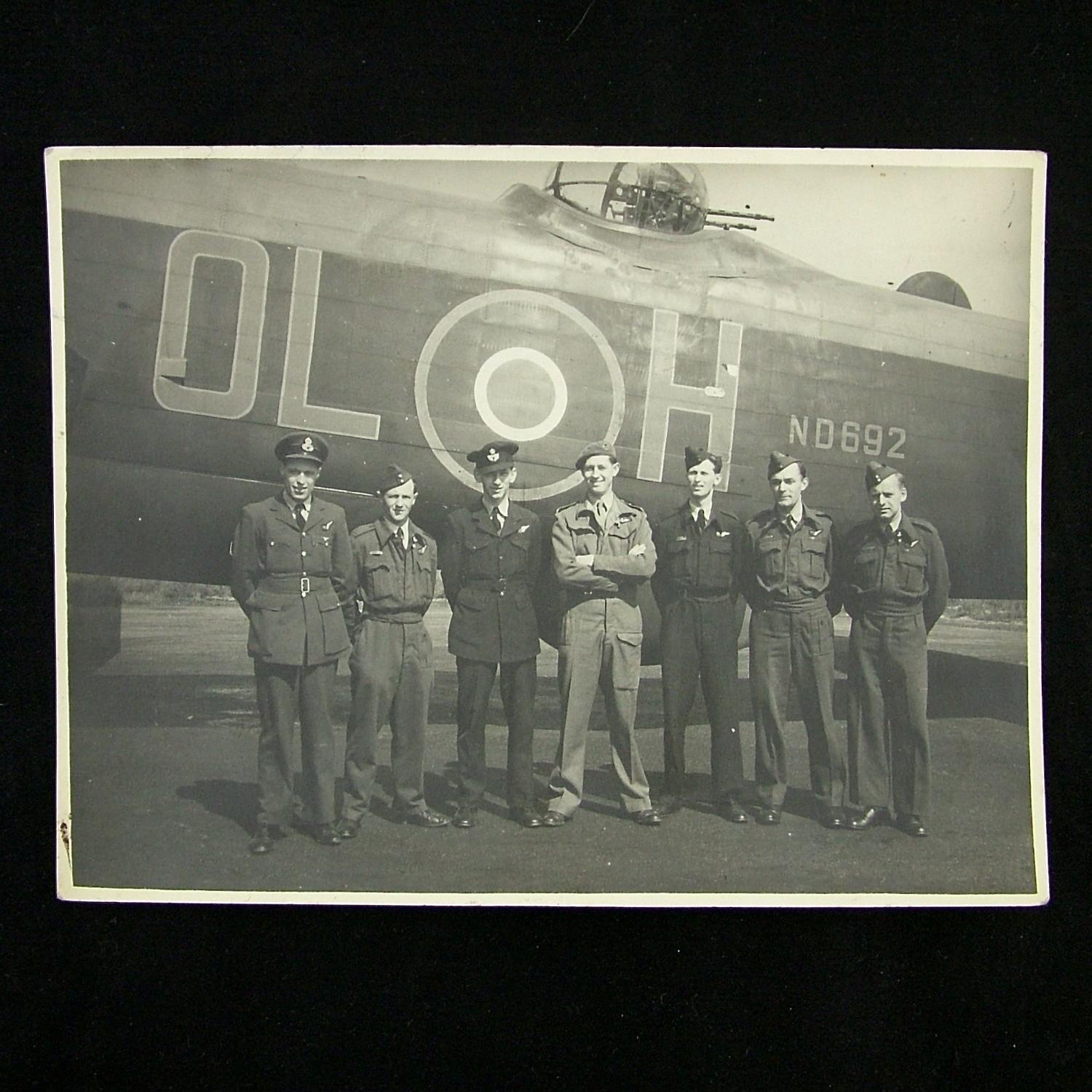 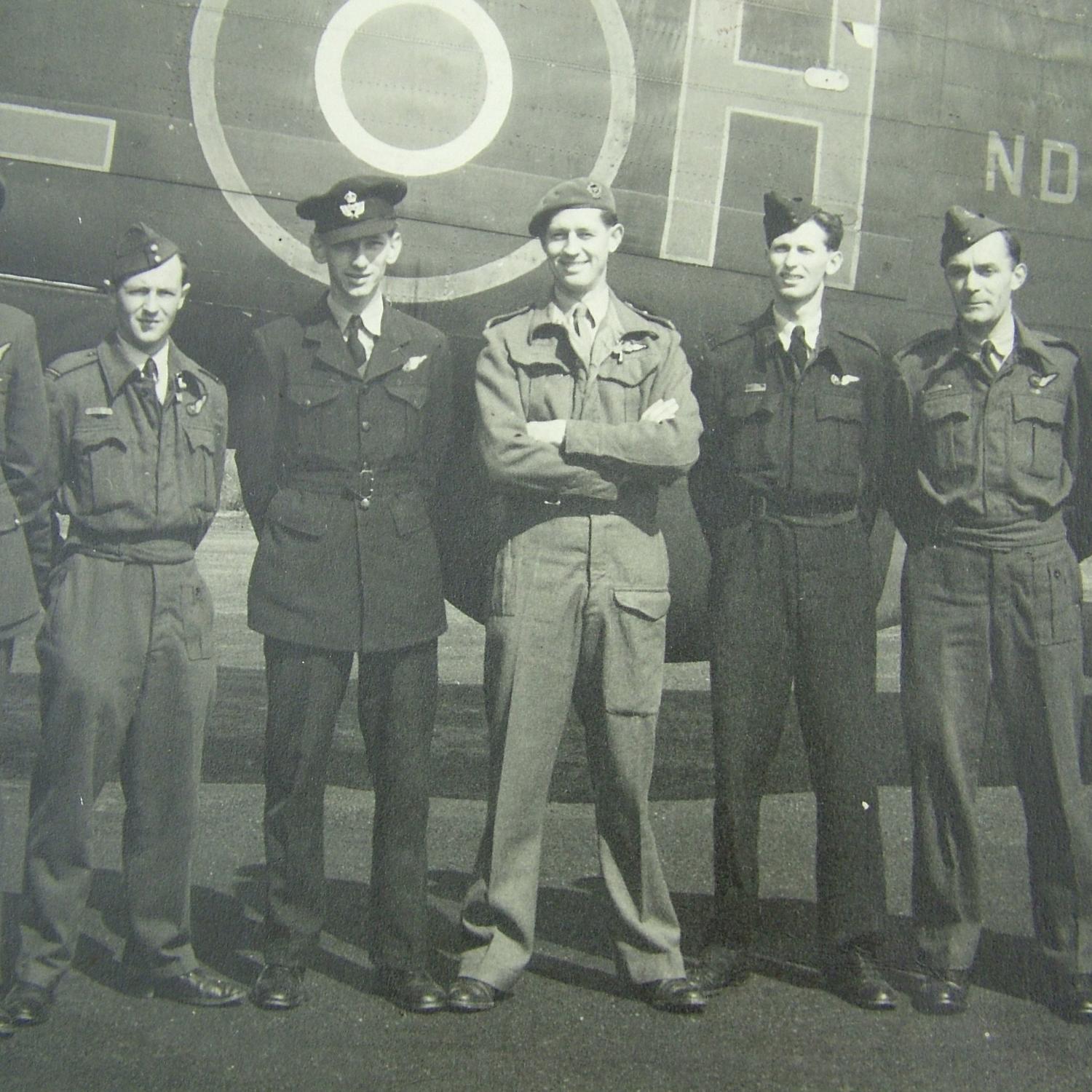 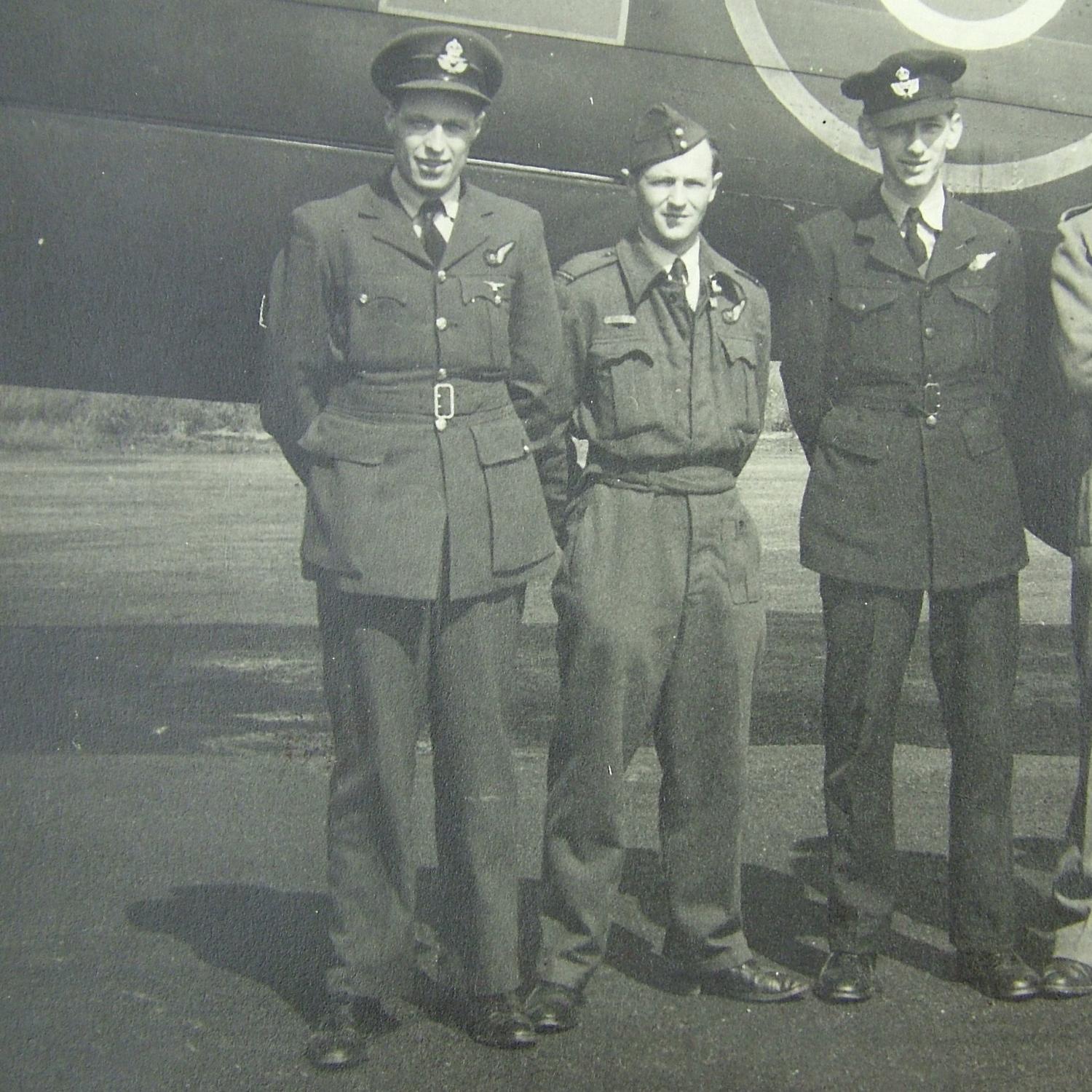 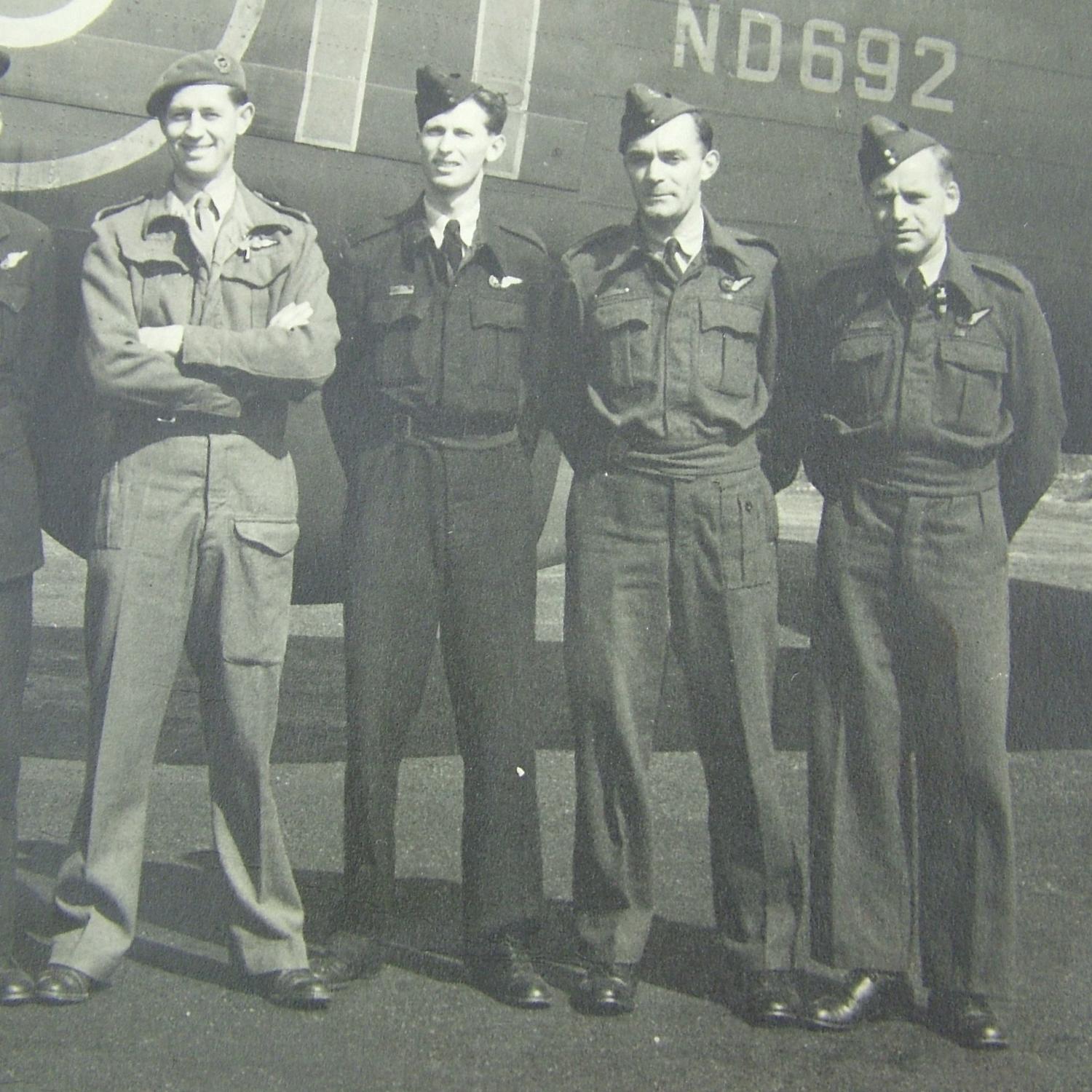 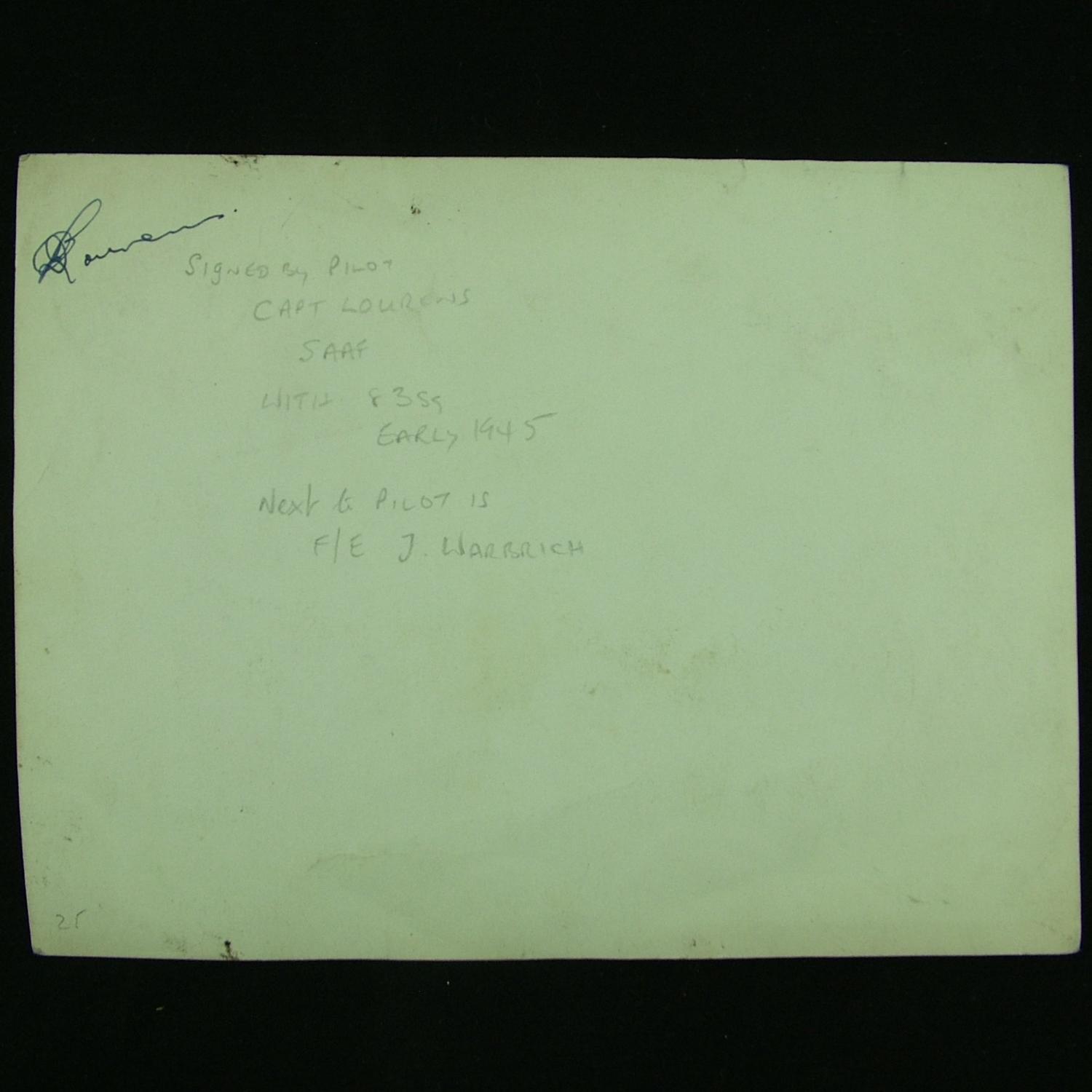 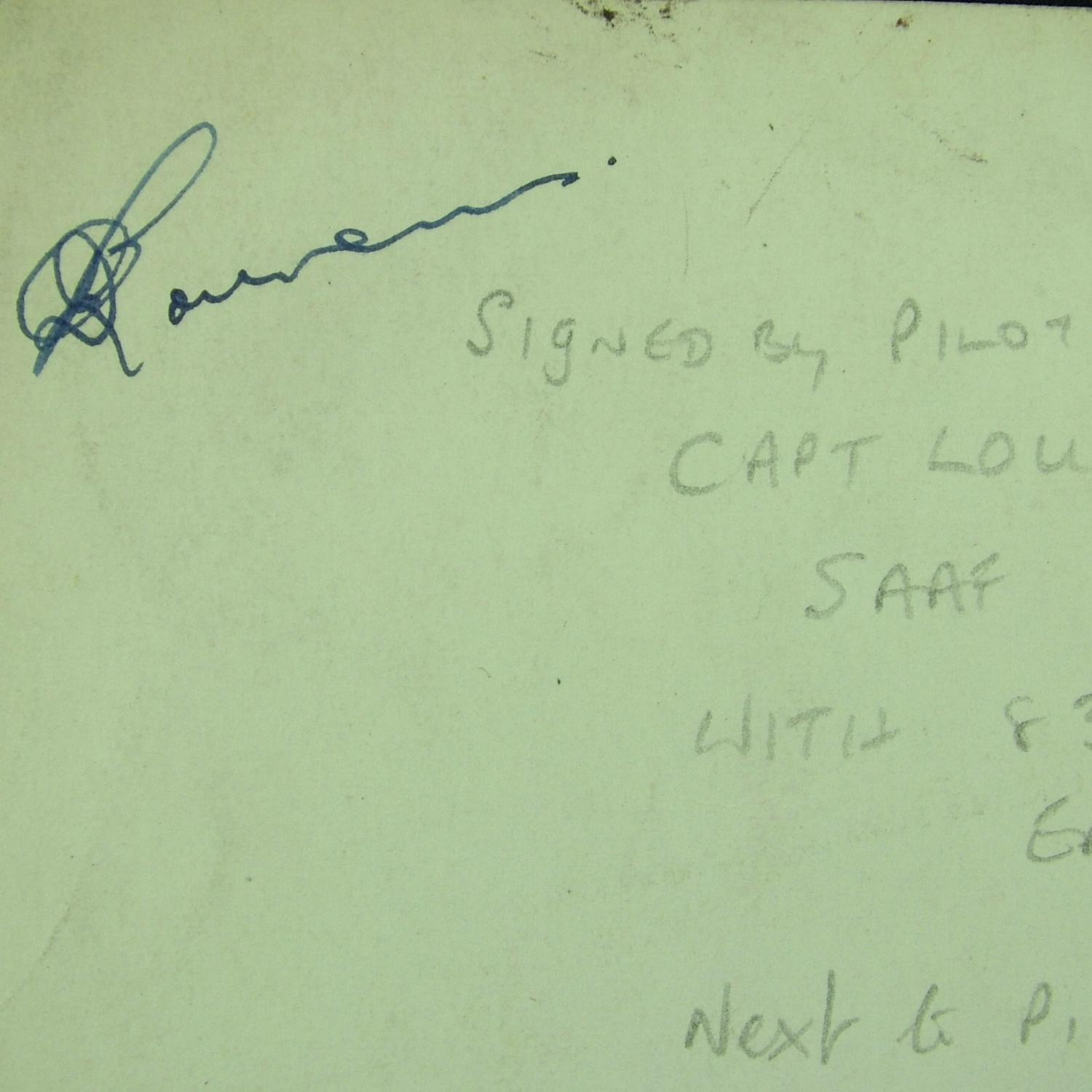 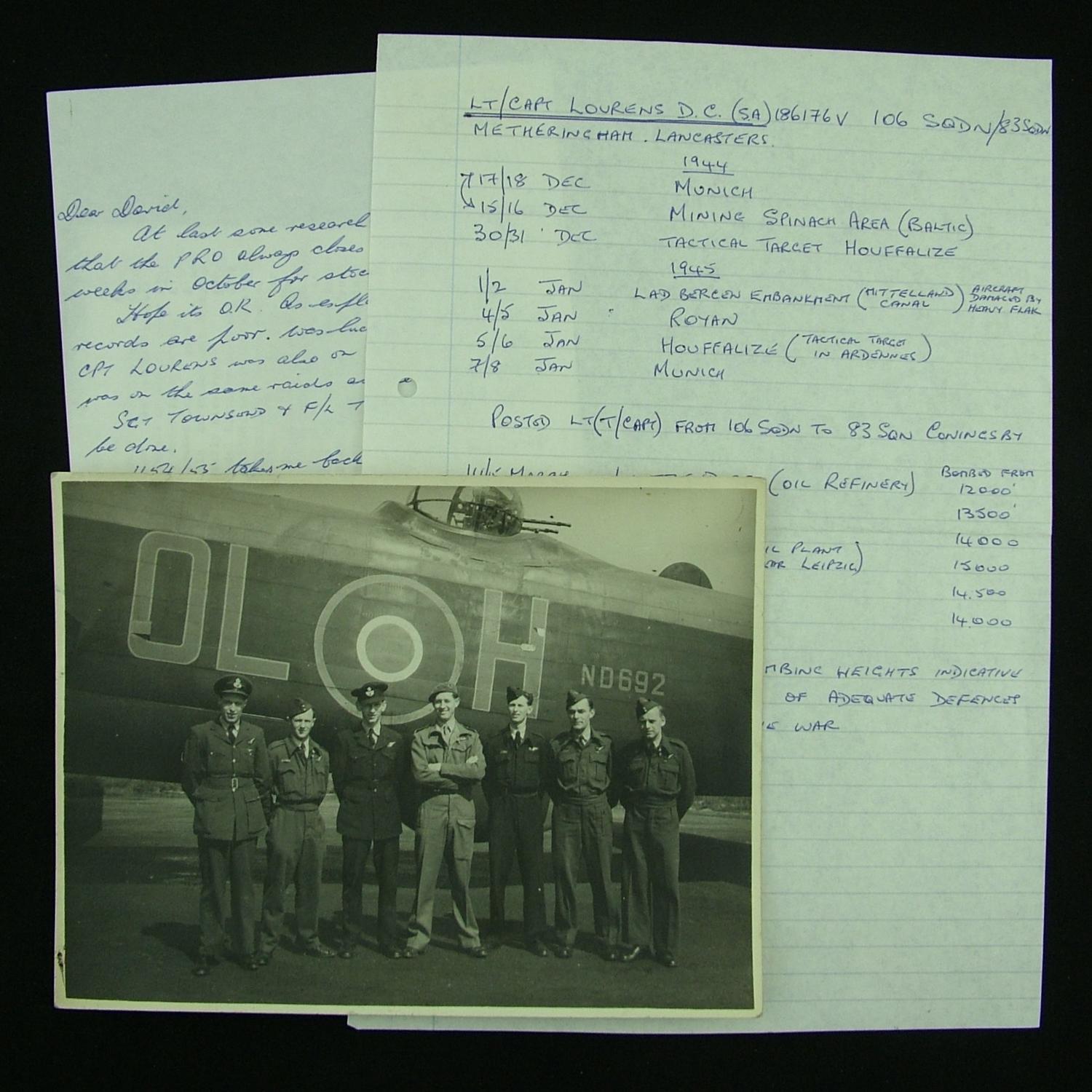