Padded pilot wing from the estate of Flying Officer Colin Thwaites RAFVR, service number 125888, killed in action 17th April 1943 aged 21. Thwaites was serving with 10 O.T.U. on detachment at St. Eval in Cornwall. The unit was seconded to Coastal Command for anti-submarine duties over the Atlantic and the Bay of Biscay. At the time of his death Thwaites was in an Armstrong Whitley V (BD226) with his crew Sgt. L. G. Smith, Sgt. W. Davis, Pilot Officer H. W. Barnett, Sgt. K. Ray & Sgt. J. H. Reynolds. Over 47 Whitleys were lost during the 11 months of Ops in that area. This unused wing came with his medals and a couple of other sets that we sold a few years ago. This is a nicely padded example with a hessian backing. Superb condition.  Thwaites was the son of William and Hilda Thwaites of Carlton, Nottingham and is commemorated on panel 129 of the Runnymede Memorial. Stock code M18793. 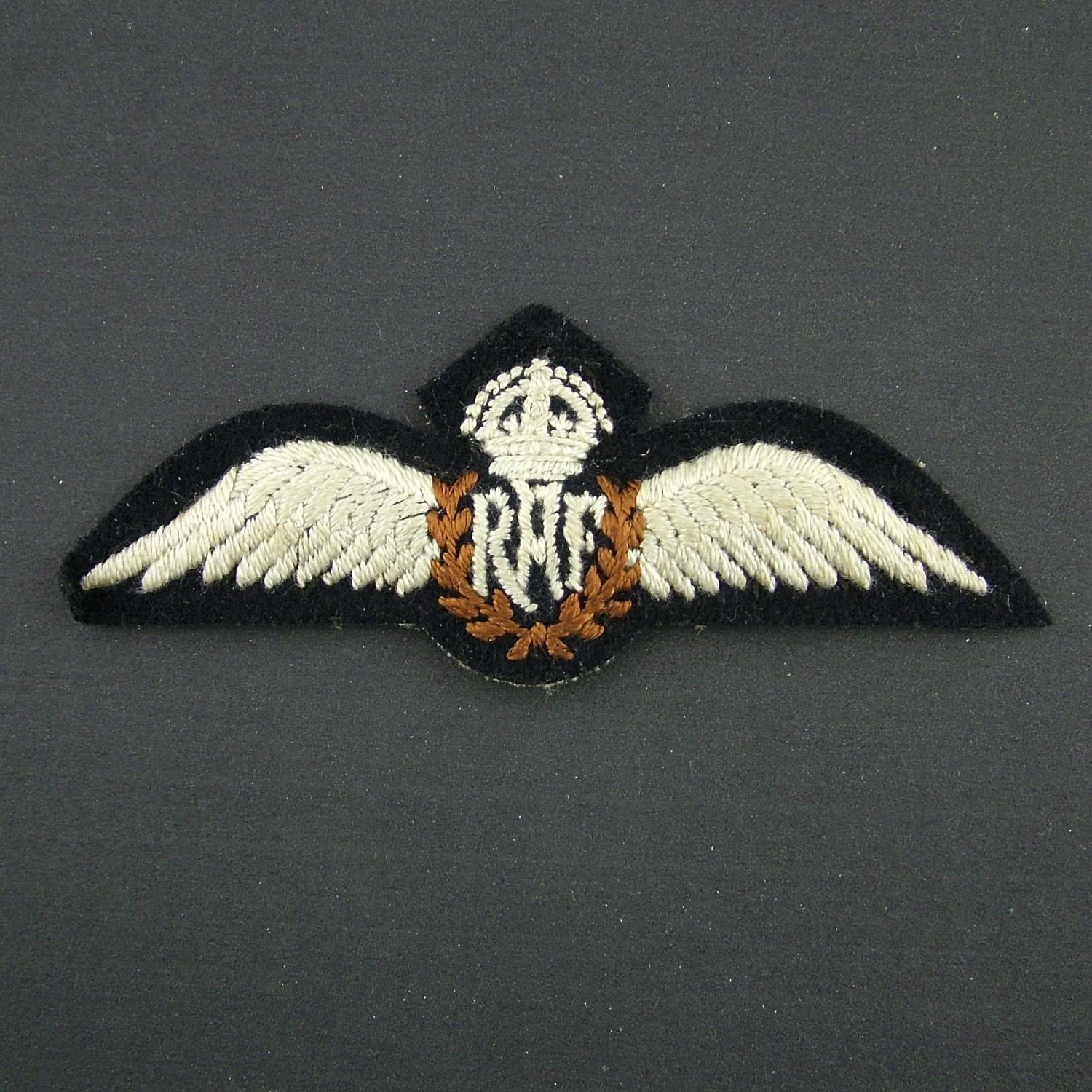 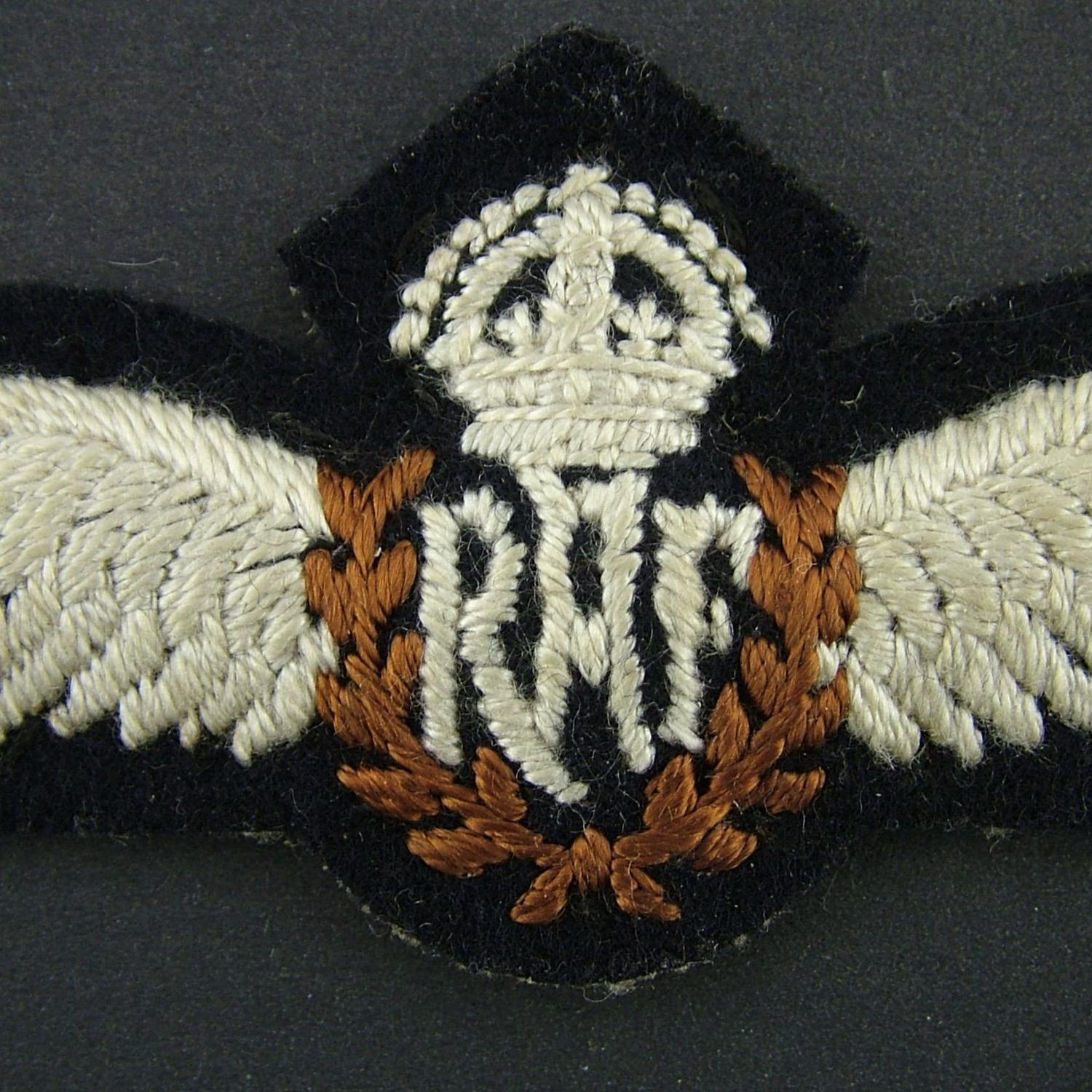 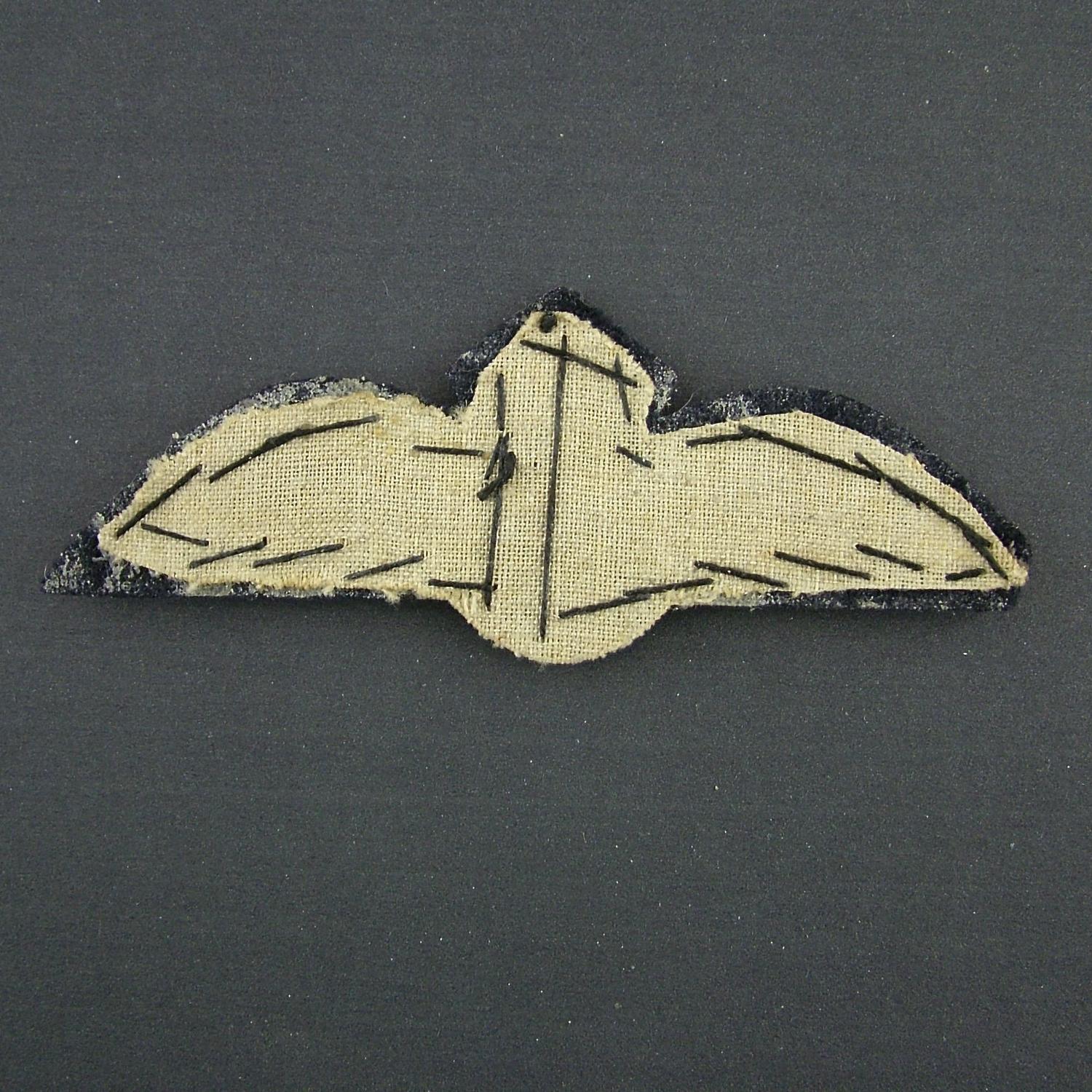