Plated brass cigarette case approximately 8.7 x 12cm.  Engraved on the front with a map of Germany and 'U.S. OCCUPATION ZONE, 1947'.  Also has an enamelled USAAF winged propeller logo. Shows wear to the plating and enamel but is an interesting item dating from the end of WW2.  With the defeat of Nazi Germany the Allies agreed joint authority and sovereignty. The four powers divided the country into four occupation zones for administrative purposes, under the United States, United Kingdom, France and the Soviet Union respectively; creating what became collectively known as Allied-occupied Germany.  In 1947 the American zone in Southern Germany consisted of Bavaria and parts of Württemberg and Baden. Stock code M24215A-22. 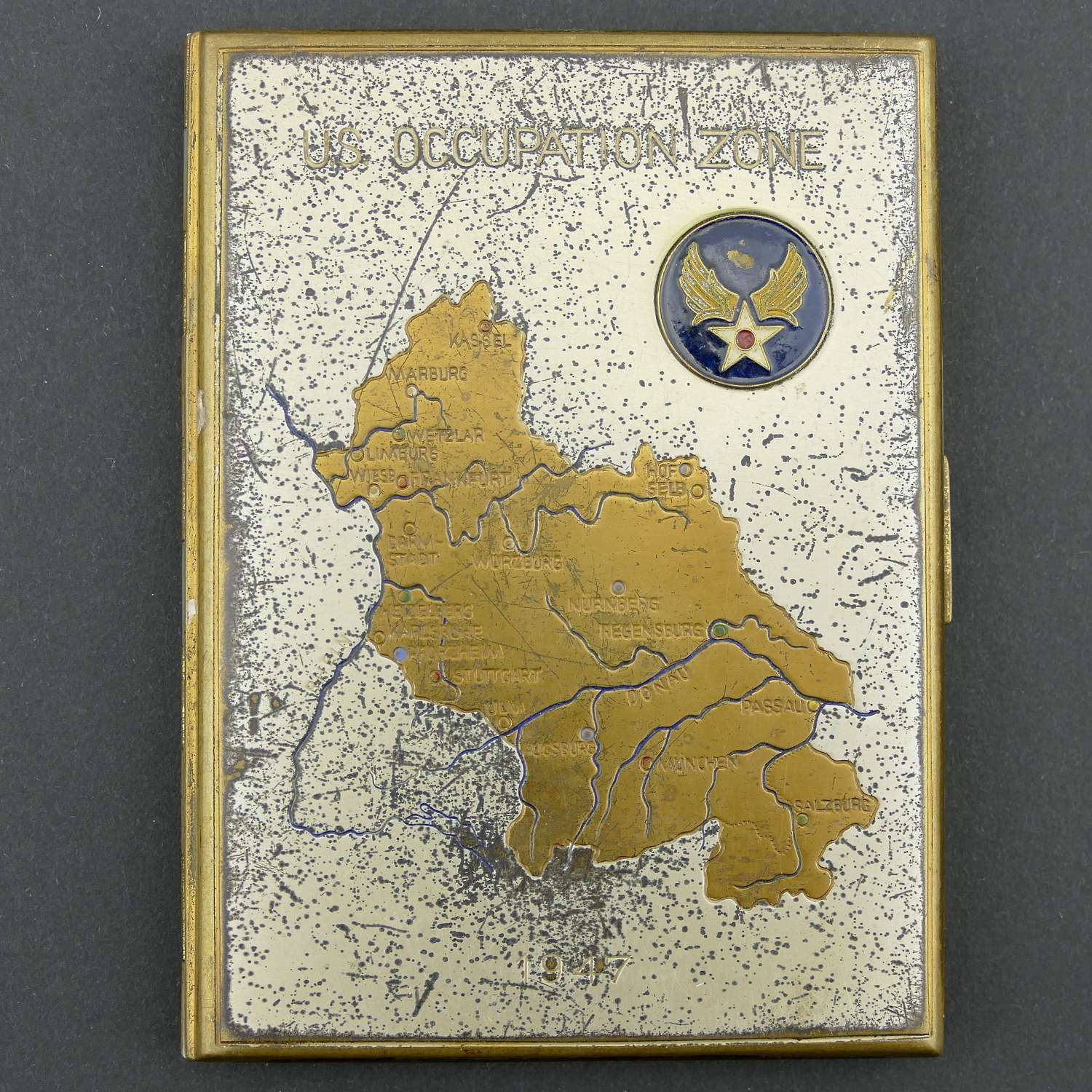 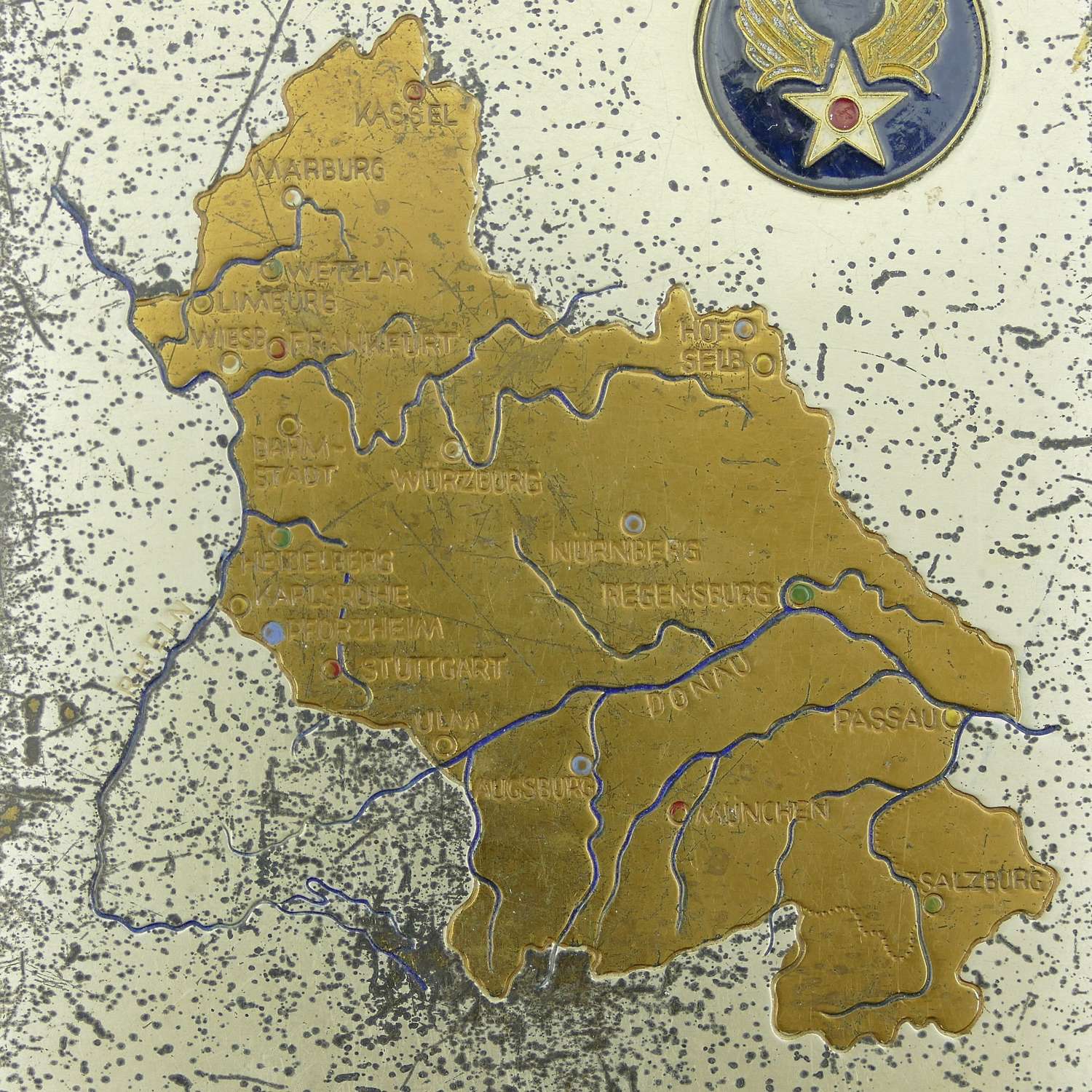 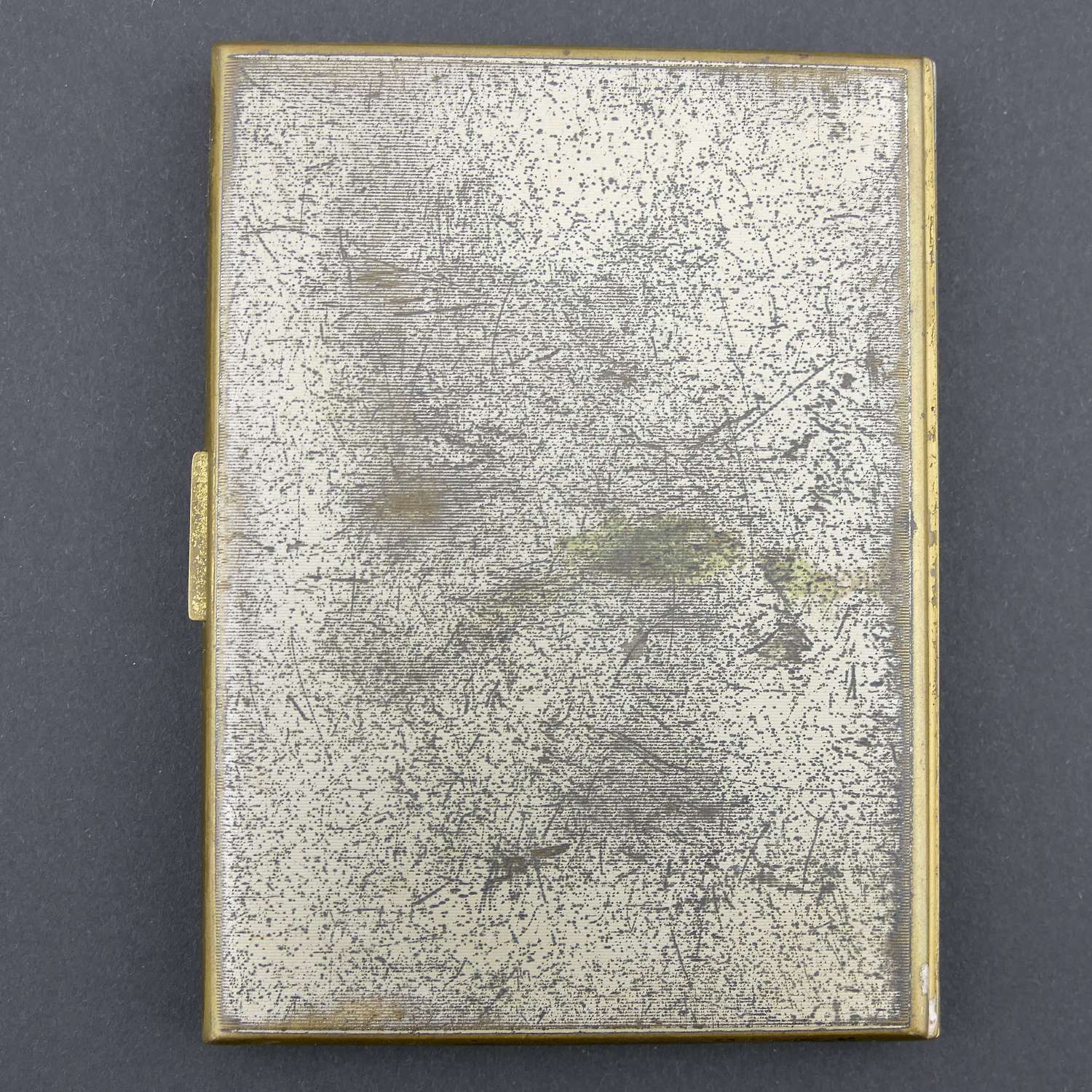