Press photograph - He111 shot down over Britain


Original press photograph, approximately 20.9 x 15.2cm.  It shows the mangled wreckage of a Luftwaffe He111 bomber and army and air force personnel inspecting the damage.  It is captioned to the rear 'A Heinkel 111 bomber believed to have been shot down by a Polish night fighter.  This is one of the hundreds of enemy bombers to have brought down on raids over the British Isles.  One member of the crew was killed, two escaped without injury and one was wounded'.  A very good image where the pilot's seat, parachute harness and canopy can be seen quite clearly.  The photograph has been removed from an album and has paper/glue residues to the rear.  Stock code P24215A-34. 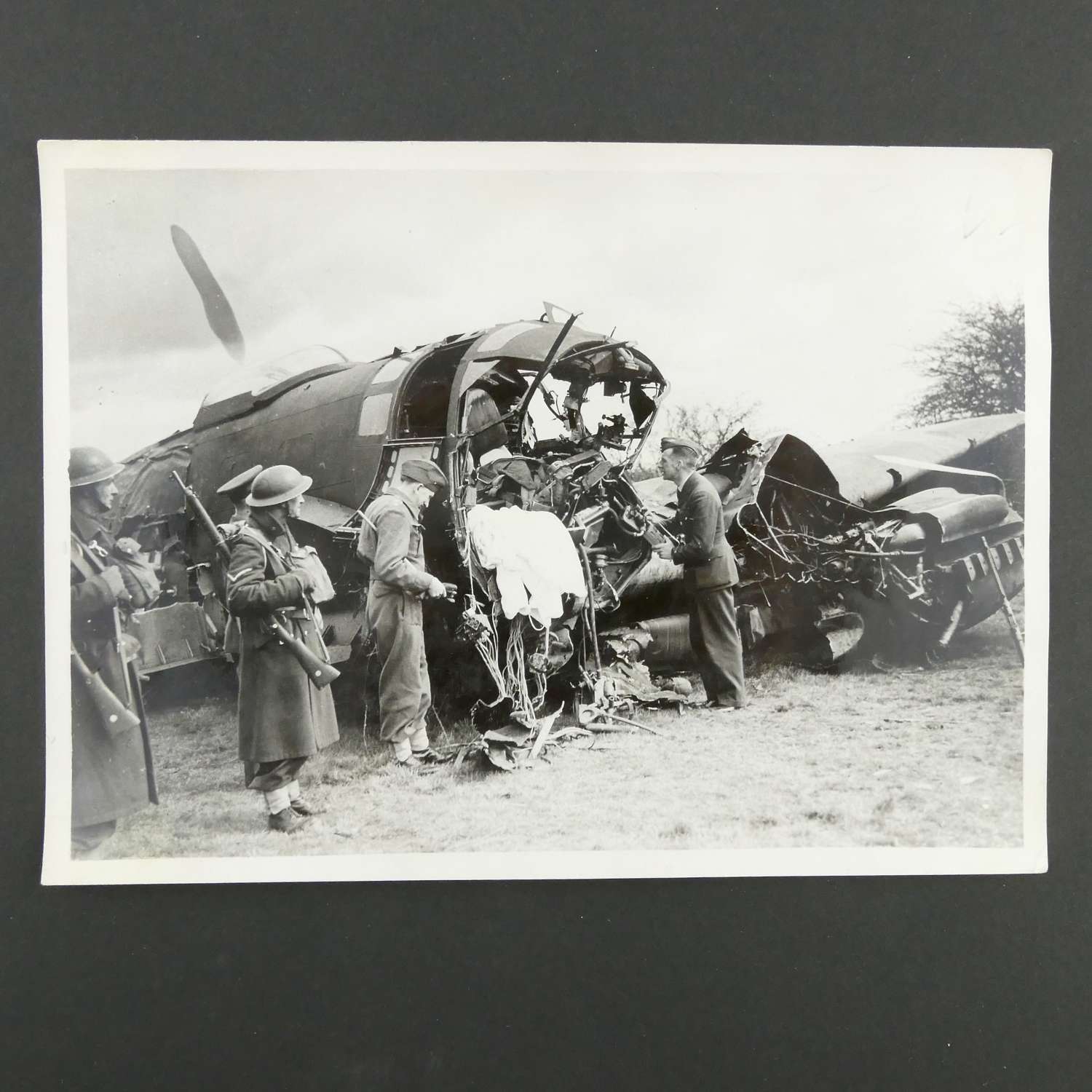 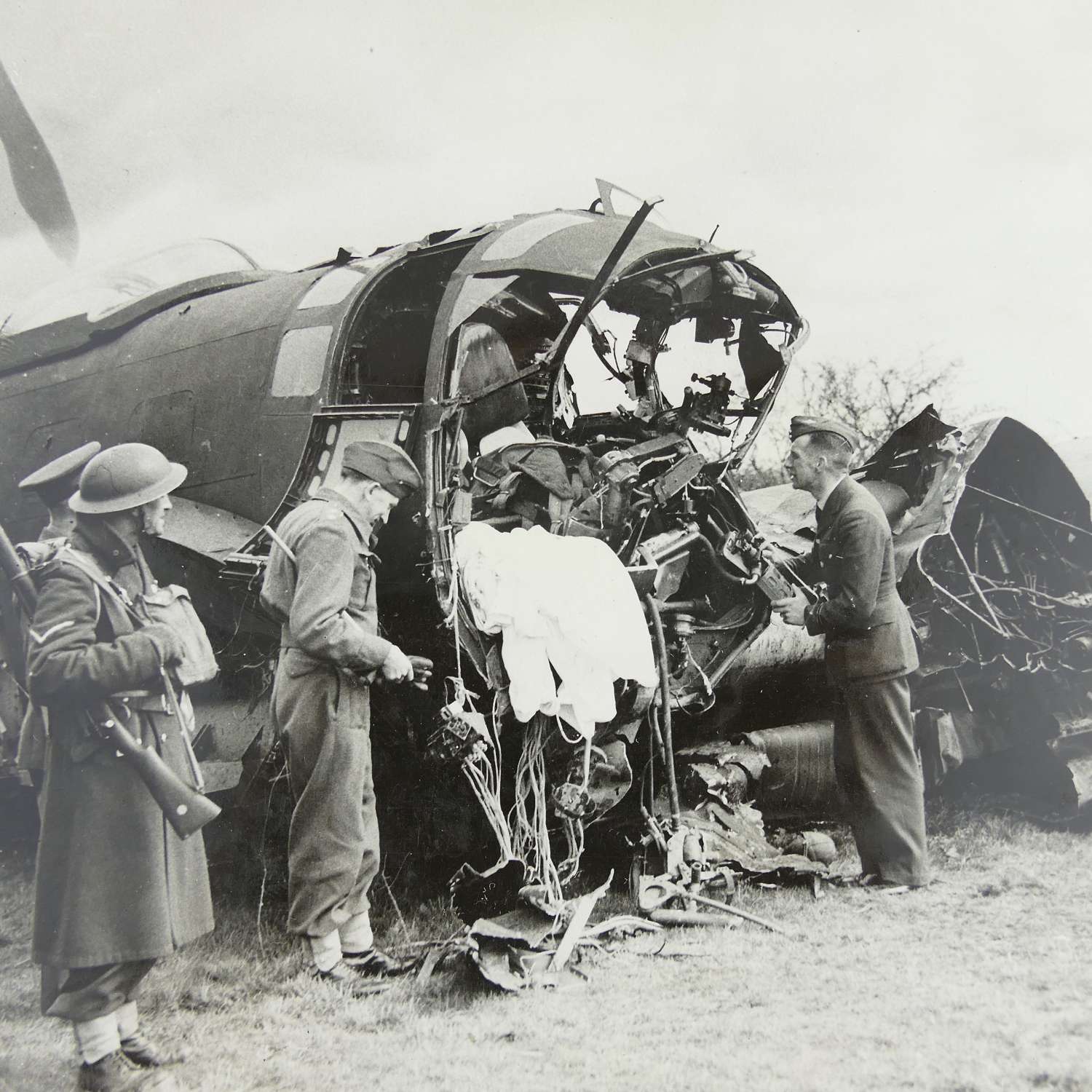 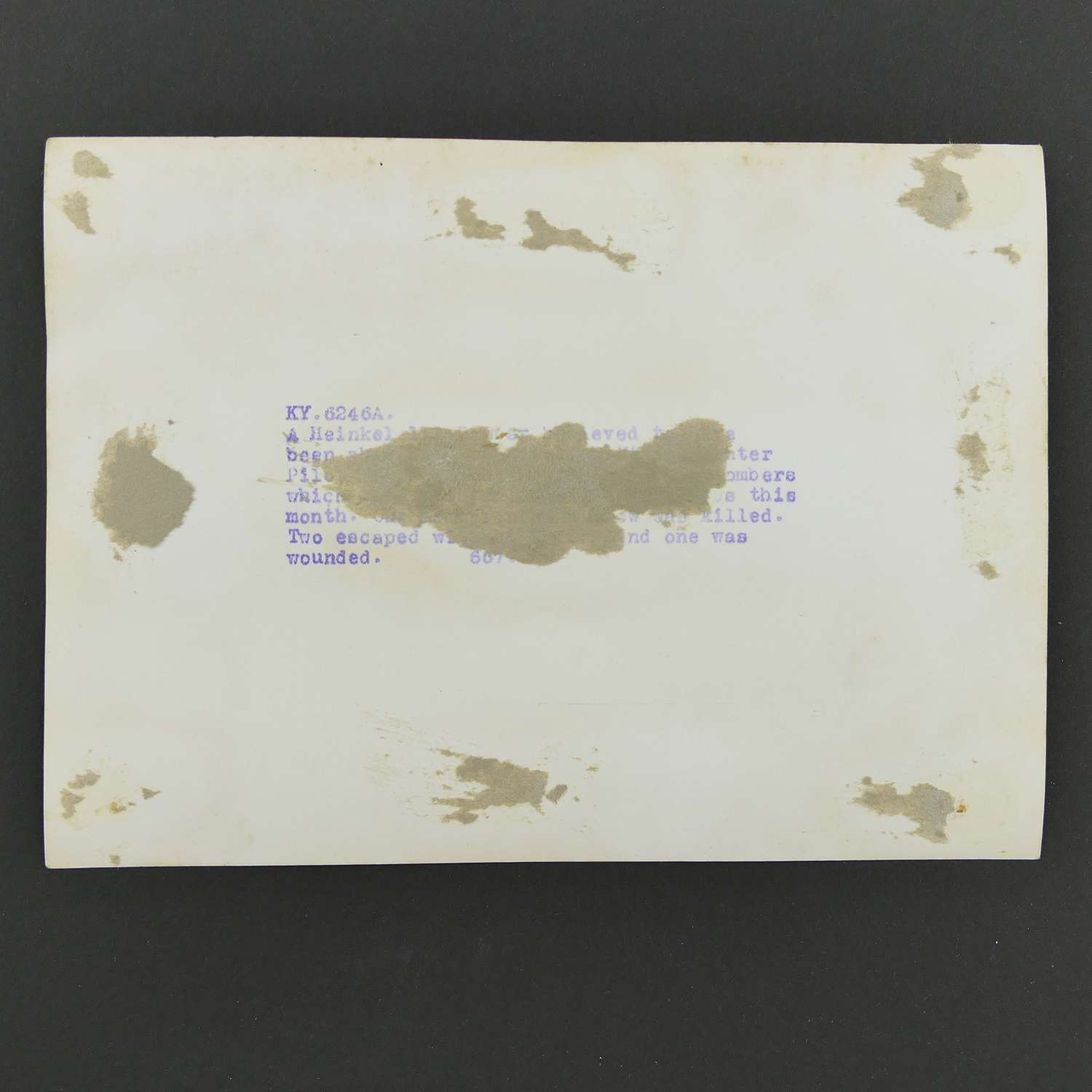 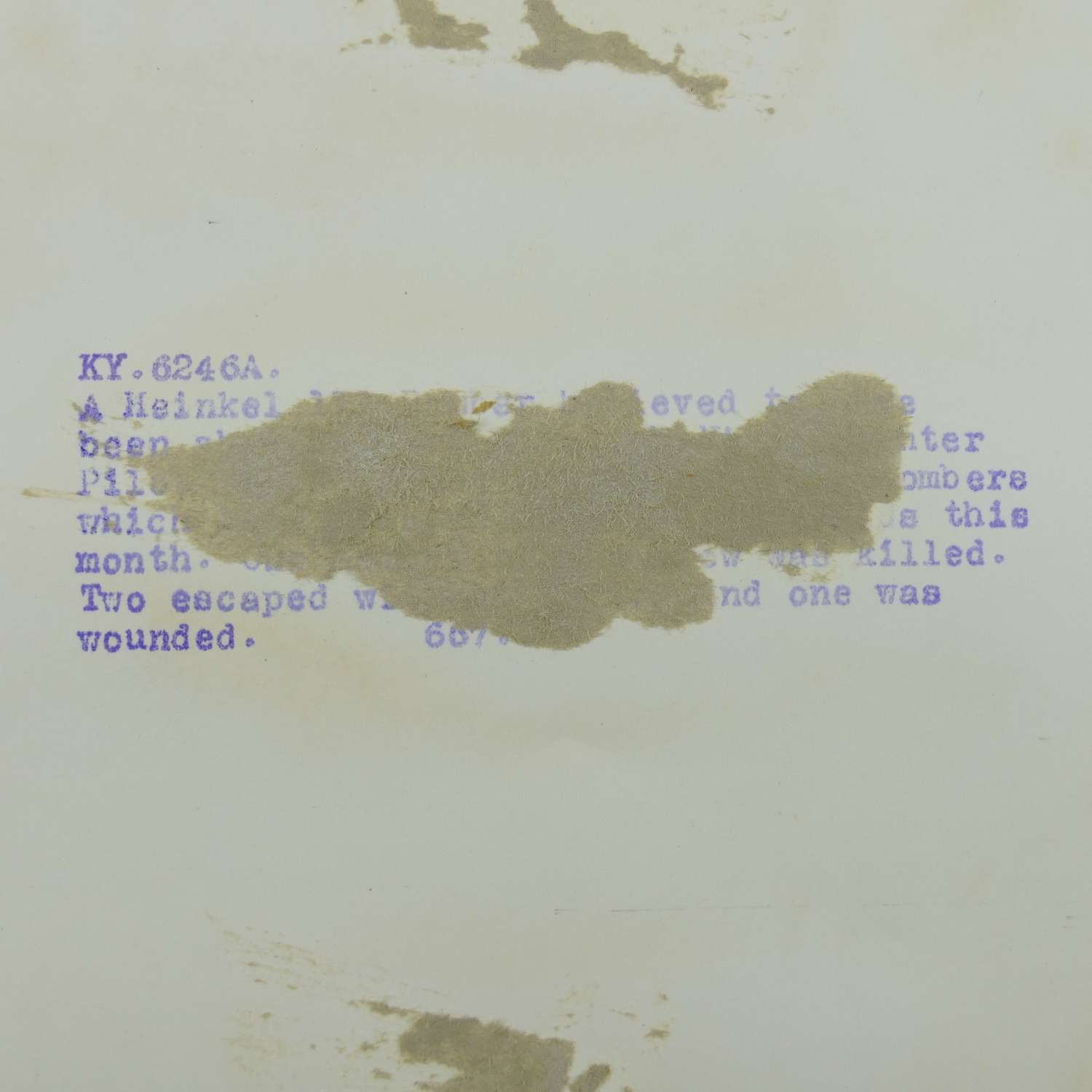