Photograph personally signed by Battle of Britain pilot Wing Commander Patrick Peter Colum Barthropp D.F.C., A.F.C.  He was born in Dublin in1920 and began flying training with 13 EFTS, White Waltham in 1938.  Following a short induction course at Uxbridge he was posted to 7FTS, completing his training by July1939.  In October he joined 613 Army Co-operation squadron at Old Sarum and volunteered for fighter command in August 1940.  Having converted to Spitifres he joined 602 Squadron at Westhampnett, September 1940.  That month he damaged a Do17, shared a He111 and in October, shared a Ju88.  Later with 91 Squadron he damaged a Do17, probably destroyed a Bf109, shot down two Bf109s and and damaged another.  He rejoined 610 Squadron as 'B' Flight Commander and was awarded the DFC in September 1941.  In 1942, whilst flying with 122 Squadron, he was shot down over Audruicq near St. Omer, baled out and was taken PoW on landing.  He was held in various camps including Stalg Luft III until the war ended.  He retired from the RAF in 1957.  The photograph/signature was originally sold by the Joint Services Charities Consortium to raise funds for various deserving charities.  This is number 93 of 200 produced/signed.  Good condition with clear signaure in ball pen.  Stock code P24215A-43. 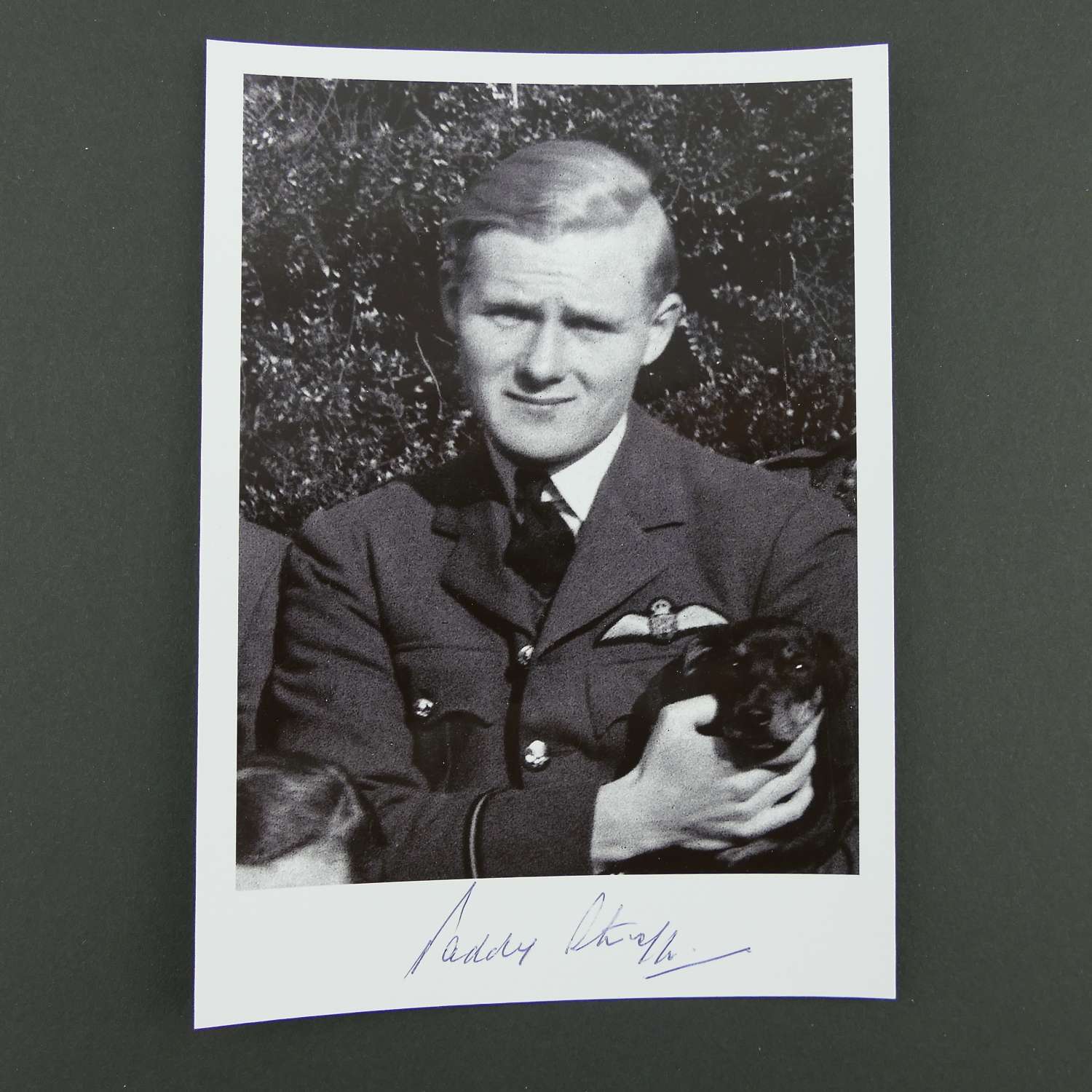 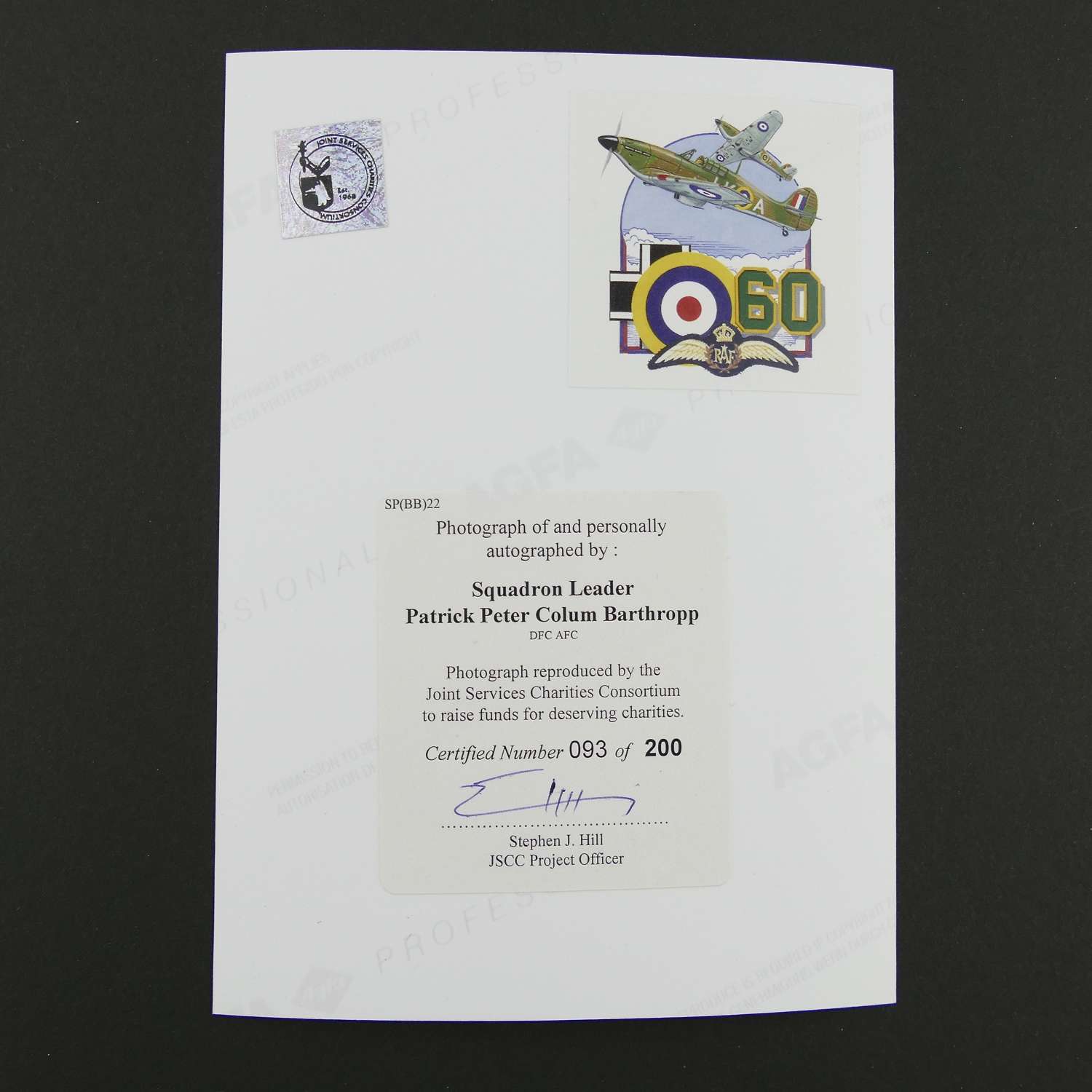