Stores reference 27C/2157.  The webbing lanyards of the type A MK.II, III & B dinghy pack is fitted with a quick-release unit that consists of 2 sections, part of which is fitted to the Mae West or flying clothing. The quick release unit here is exactly the same as that used for the RAF type K dinghy lanyard quick release but the end is fitted with  sprung loaded  clasp/hook.  The entire unit is manufactured in cadmium plated white metal. Light tarnishing but in very good used condition overall. It has also been pointed out theat these fittings have been used as part of the Stormtrooper costume/props in the recent Star Wars film 'Rogue One'.  Two available, priced individually. Stock code MW24564/5. 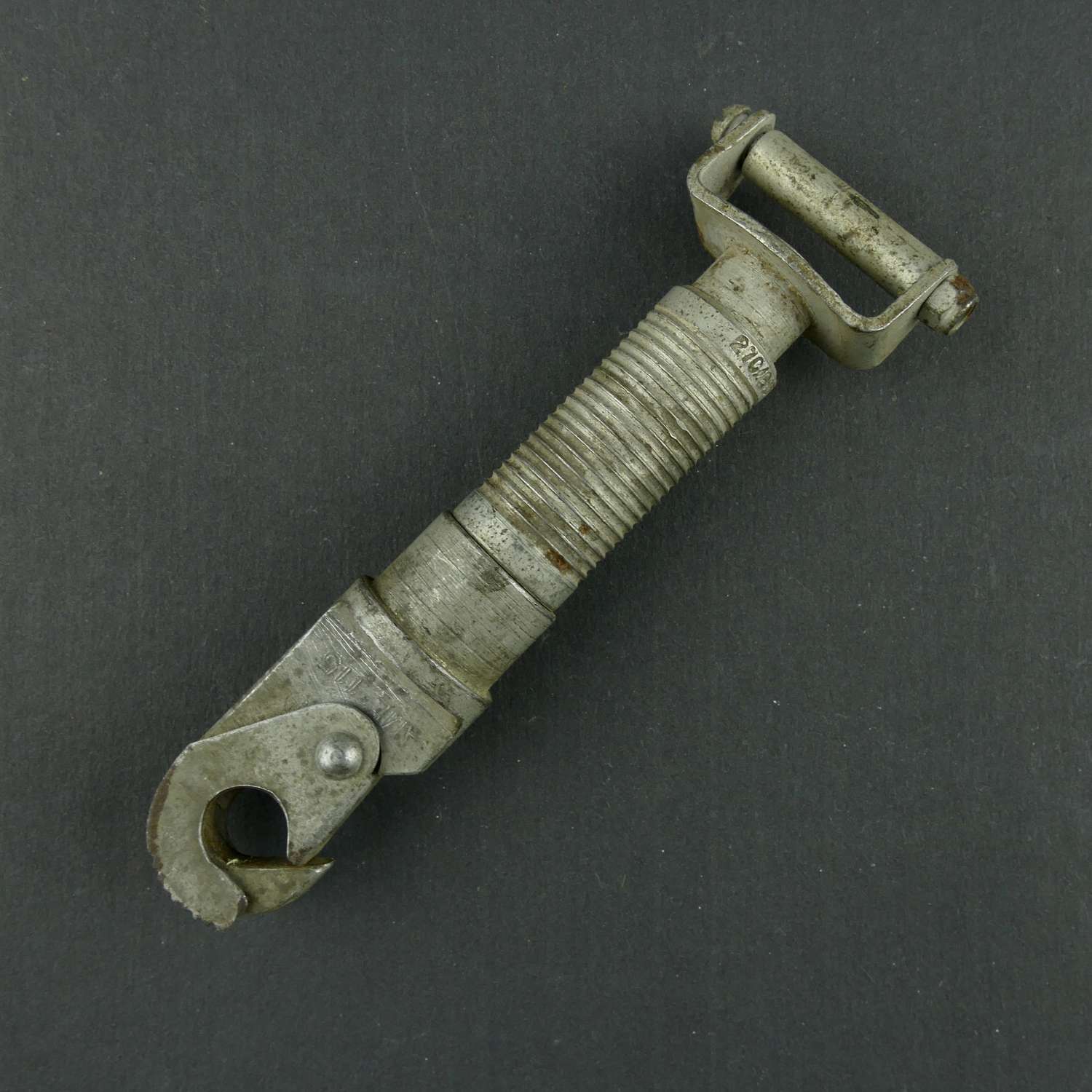 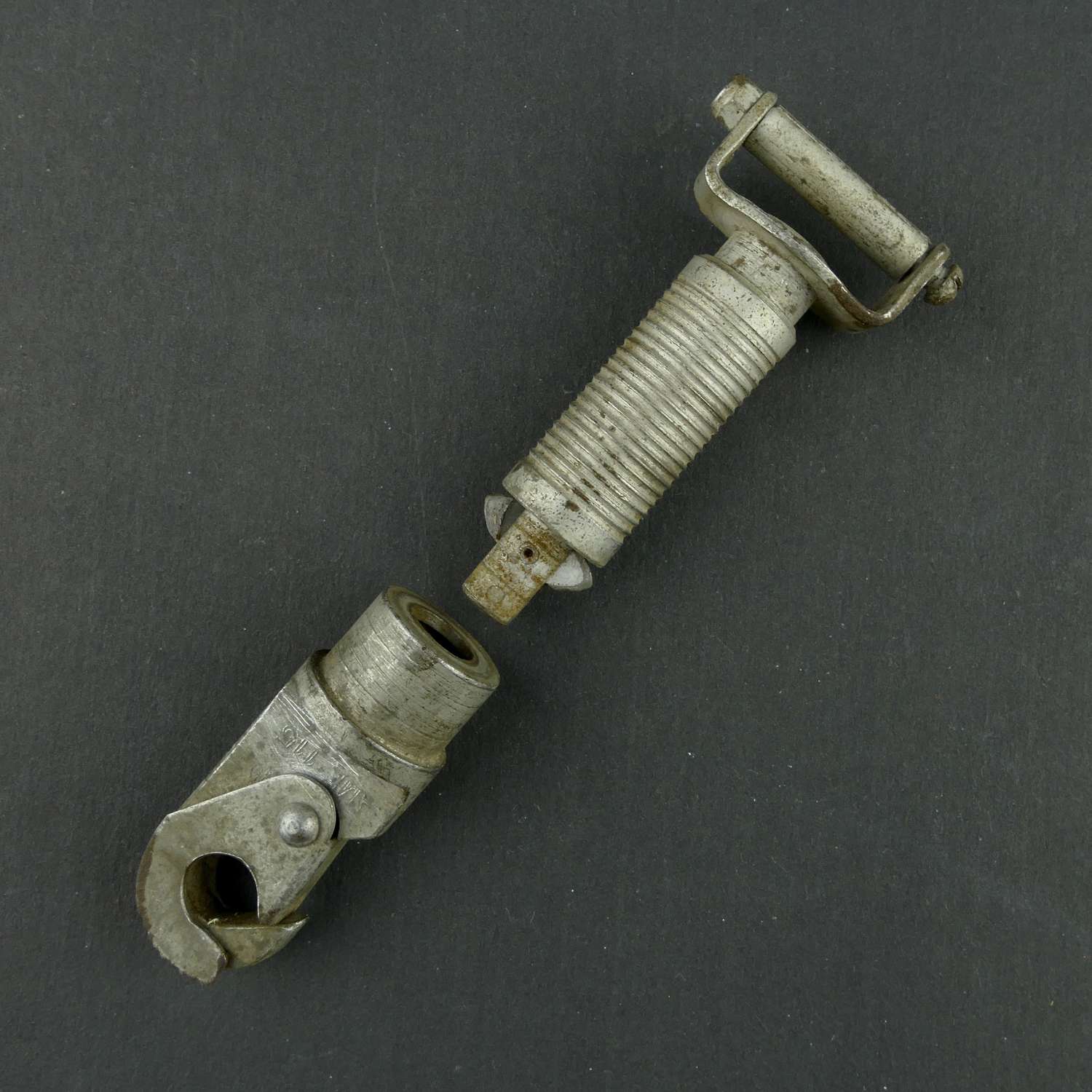 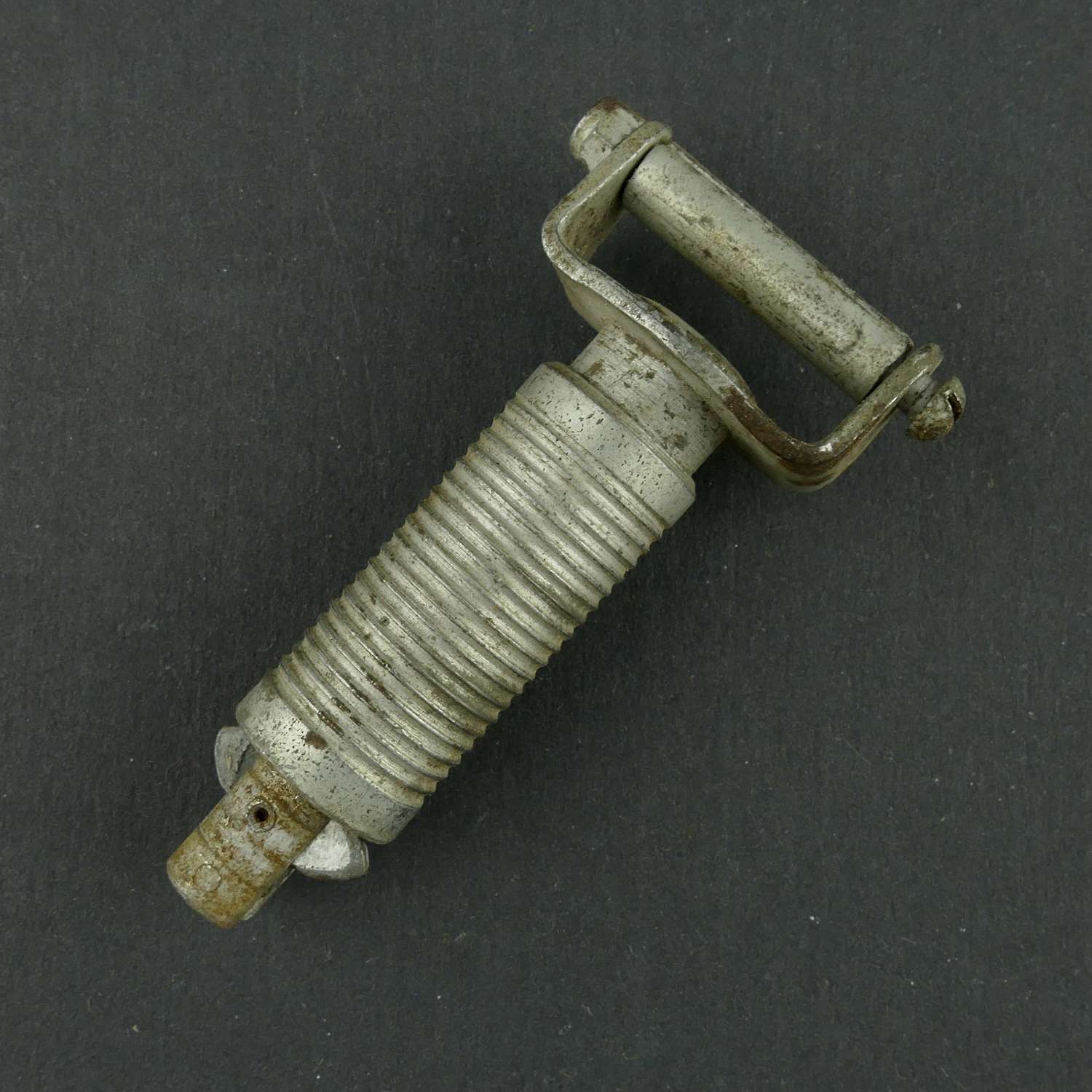 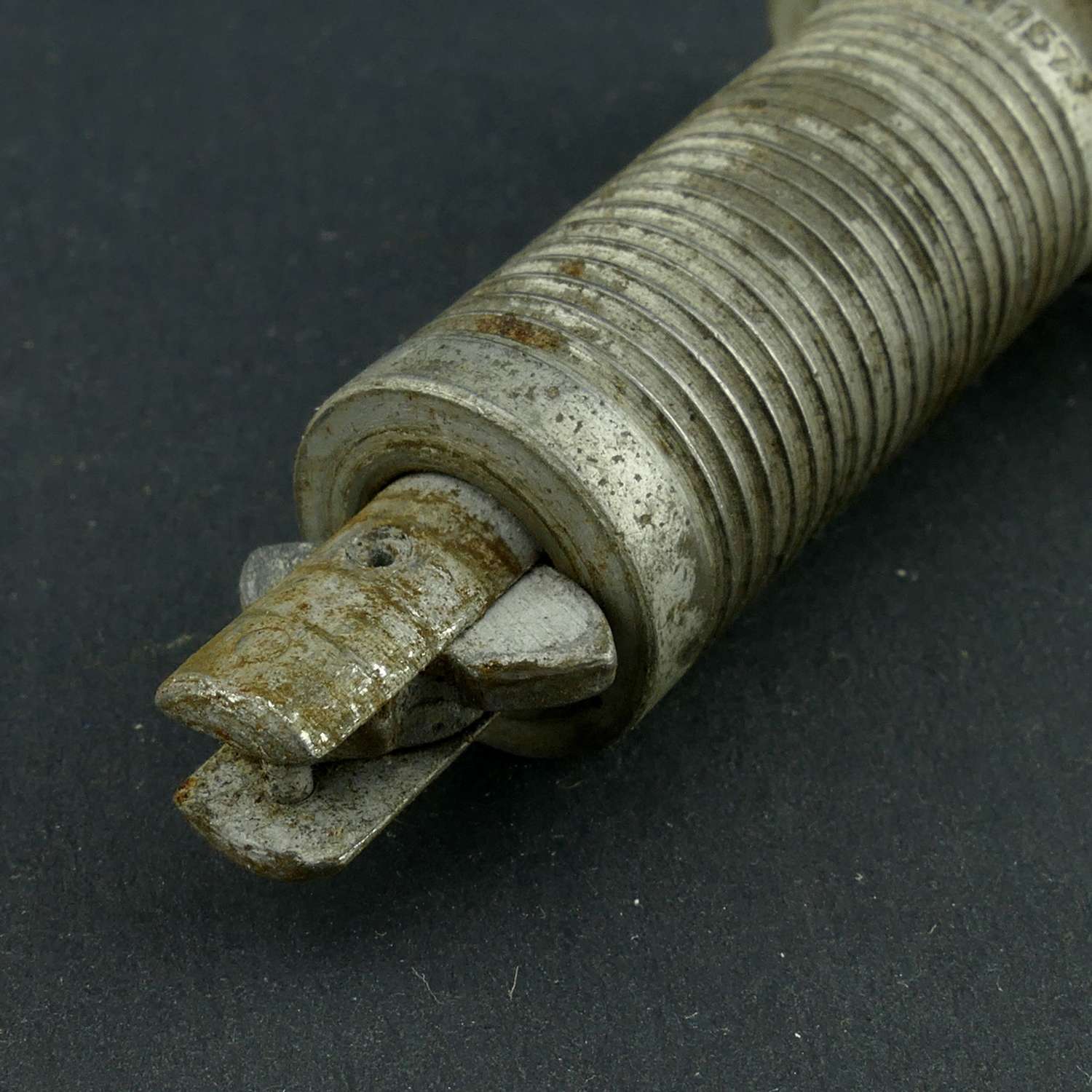 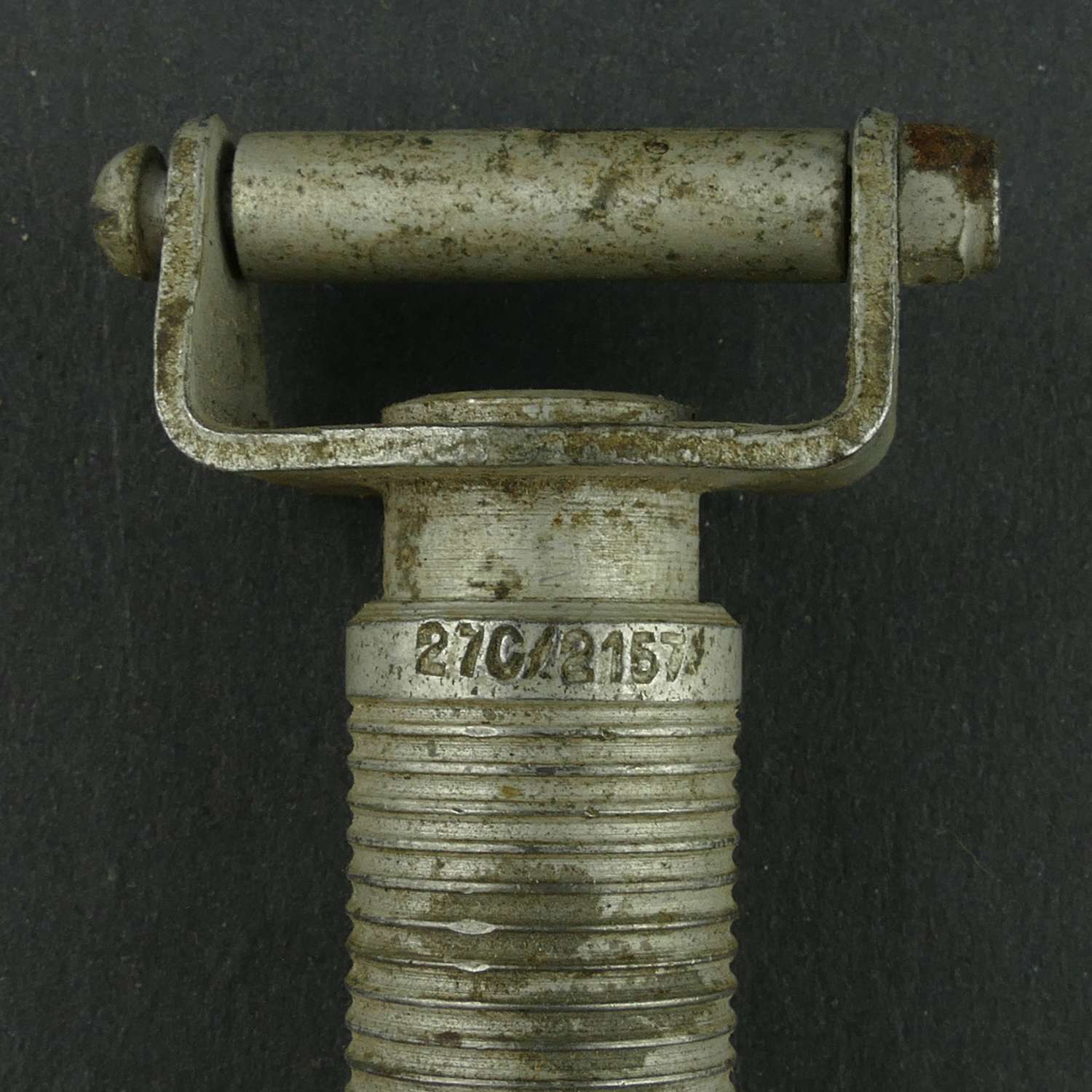 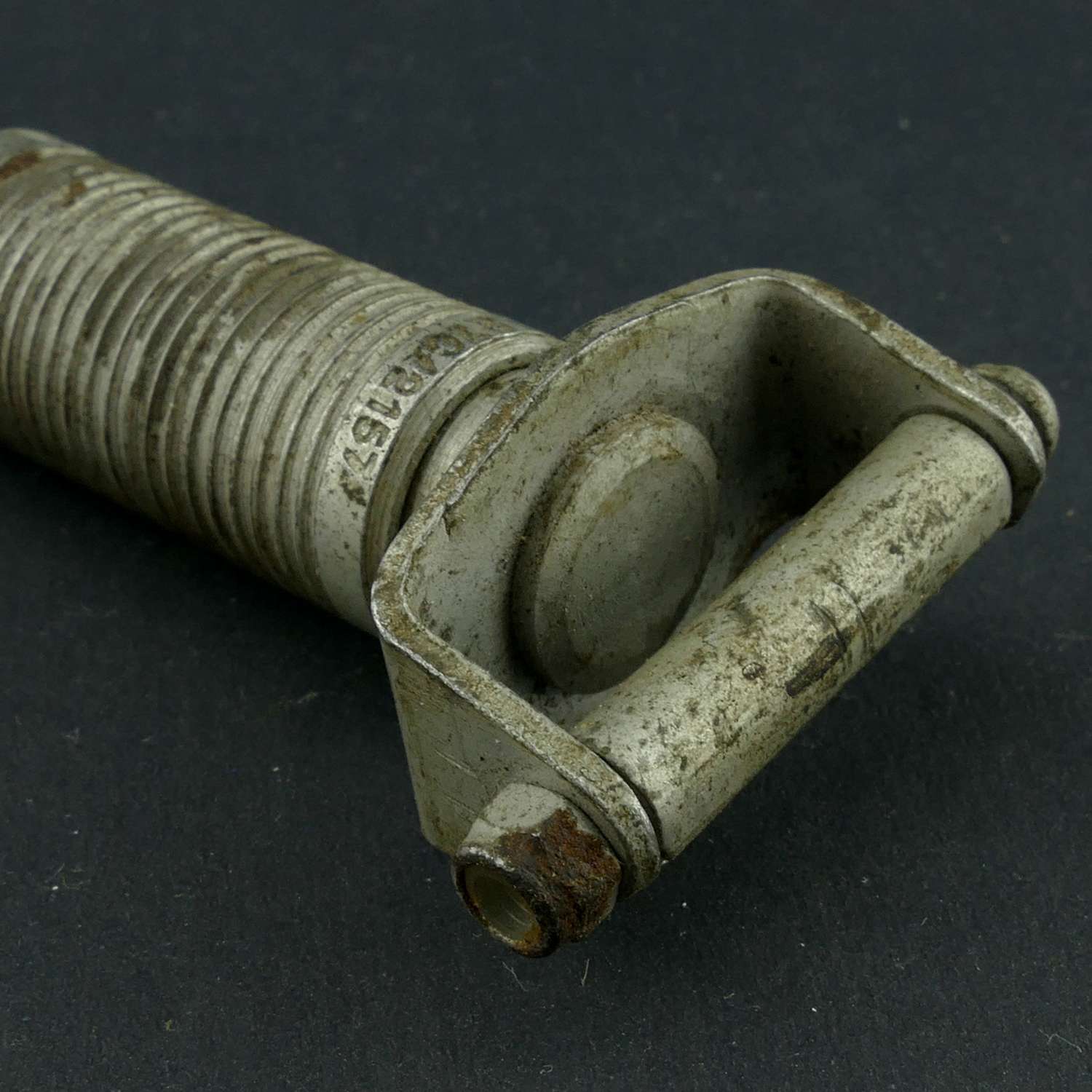 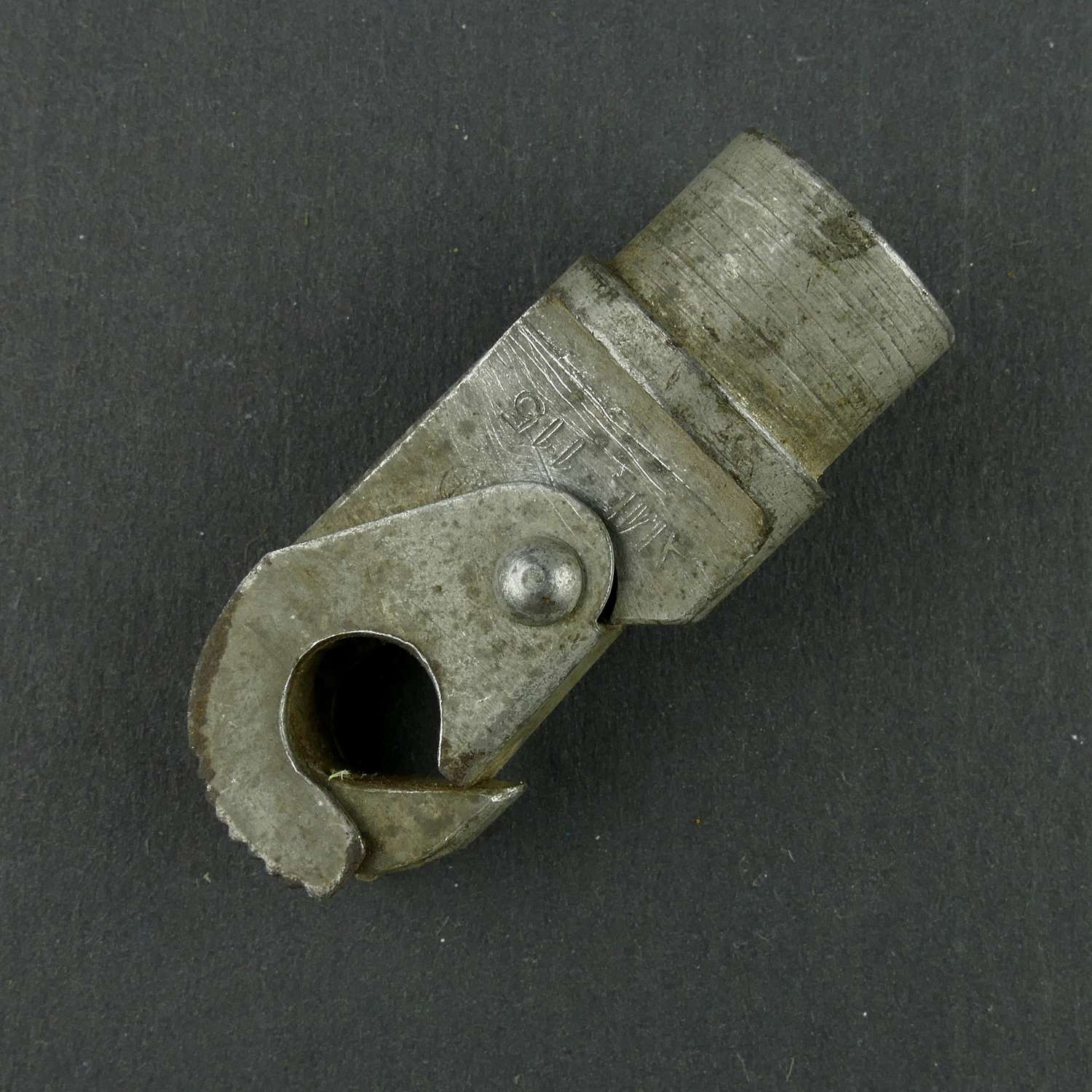 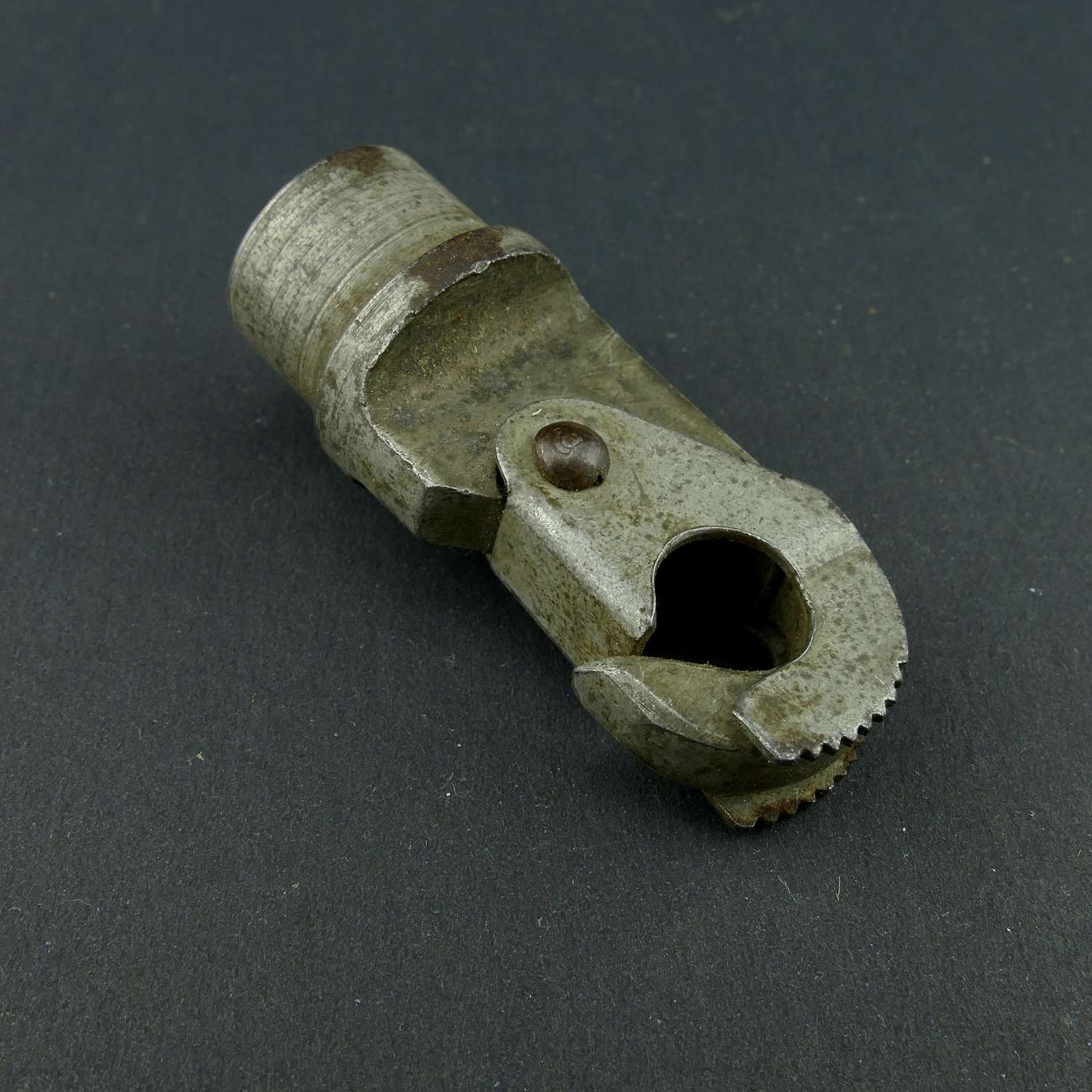 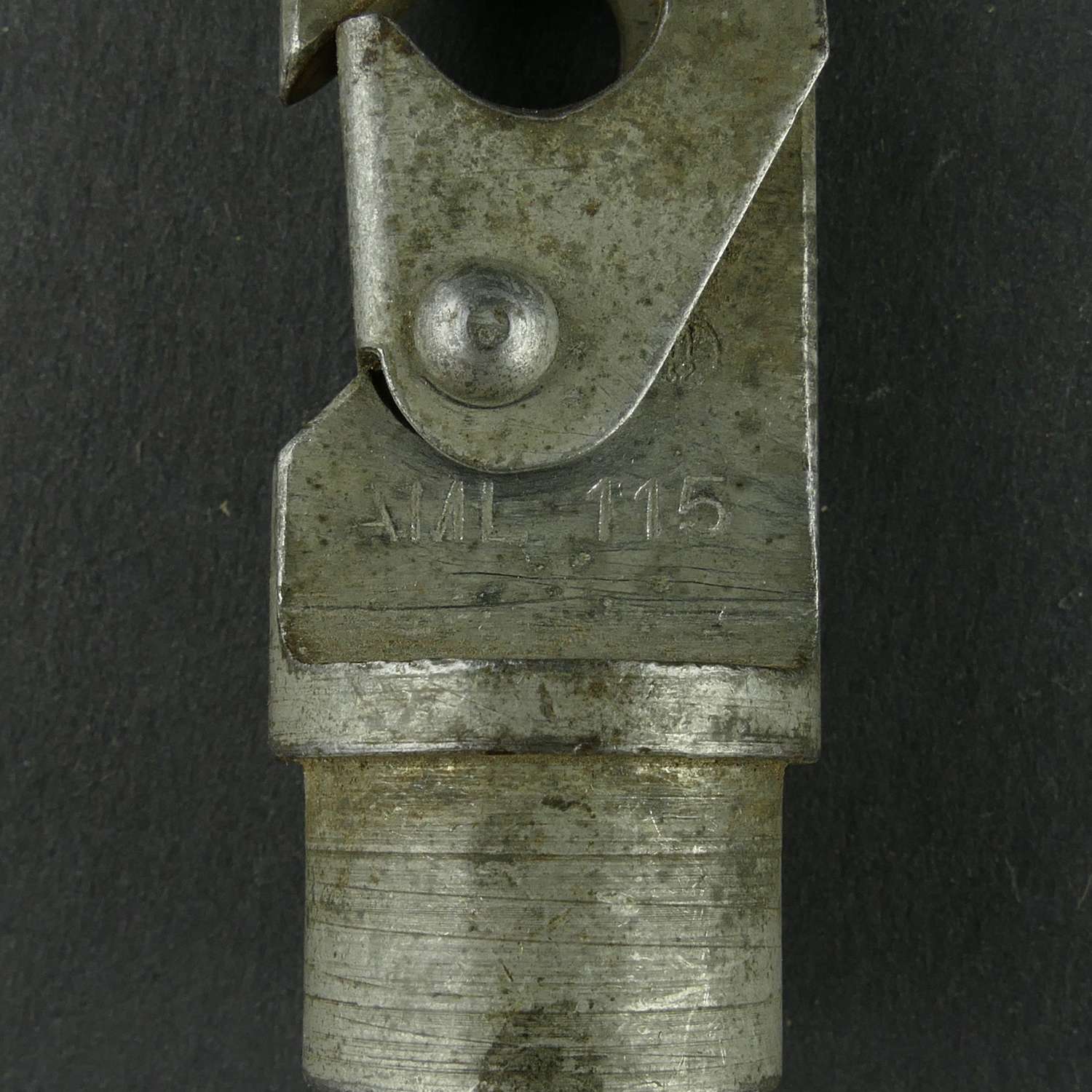