H/b, approximately 27.5 x 19.5cm. Faux leather cover with brown card pages.  This appears to be one airman's album, possibly relating to 242 (Canadian) squadron and contains approximately 52 black and white photographs of wartime RAF aircraft including the Spitfire, Bulldog, Shark, Wellington, Anson, Hornet, Fairey Battle, Harvard, Hector, Hart, Audax, Gladiator, Hurricane, Gauntlet, Henley, Blenheim, Lysander, Hudson etc.  The majority of these are approximately 8 x 6cm but there are some of larger format (21 x15.5cm,  including images of the Hampden, Lysander, Gladiator, Spitfire, Hurricane and Boulton Paul 'Defiant'. One is a close up of 242 Squadron R.C.A.F. William L. McKnight's (DFC & Bar) Hurricane Mk.1, serial P2961.  It is believed he painted the 'noseart' of a skeleton brandishing a scythe himself in December 1940. McKnight was shot down and killed in that aircraft on 12 January 1941, possibly by Helmut Brugelman of 8/JG26. Another photograph shows 242 Squadron Pilot Officer J. B. Latta's Hurricane V7203.  It has Douglas Bader's distinctive noseart design featuring a caricature of Hitler being kicked up the backside by a flying boot marked '242'. LAC Tom Elgey, part of 242's groundcrew, was tasked with painting the design on both sides of the squadron's Hurricanes. Latta was declared missing believed killed, shot down during combat north of Calais on 12th January 1941. The album is  incomplete and has had some images removed/lost but according to the caption on the first page, would have begun in 'A' Flight, December 1939.  Many of the photographs are annotated giving location details (Oxford, No.33; Cranwell Jan. 1940) or identifying the aircraft shown.  Twelve have the aircraft type printed on the image.  Some of the photos have personnel in the background, one photo shows a pilot standing by a Spitfire, another, two airmen by an Anson.  Additional photos in the album are of a coastal area, possibly Cornwall.  Some of these include airmen in uniform on a beach.  Unfortunately we have no idea who put this album together so research would be difficult but there are some lovely images.  Stock code P22873-182. 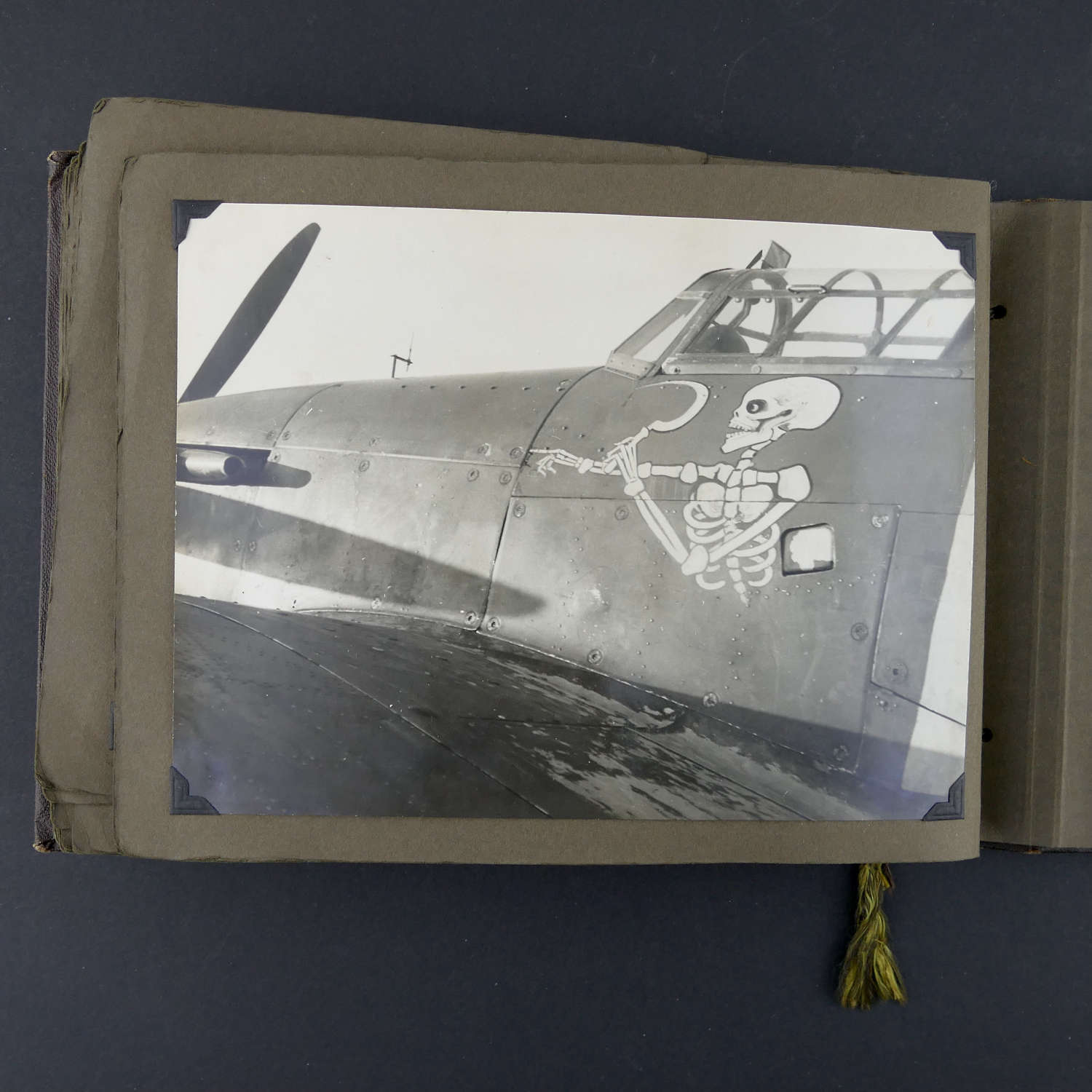 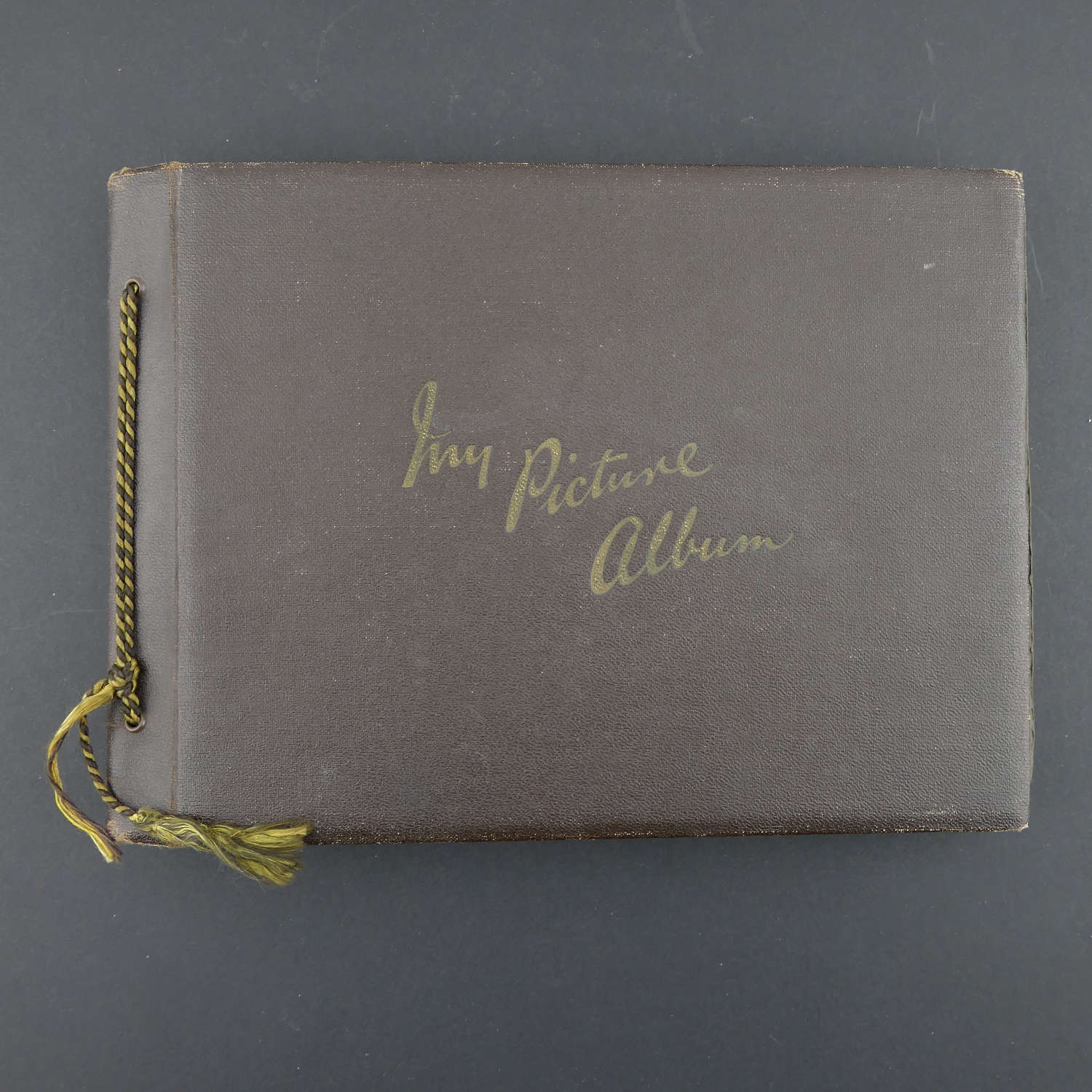 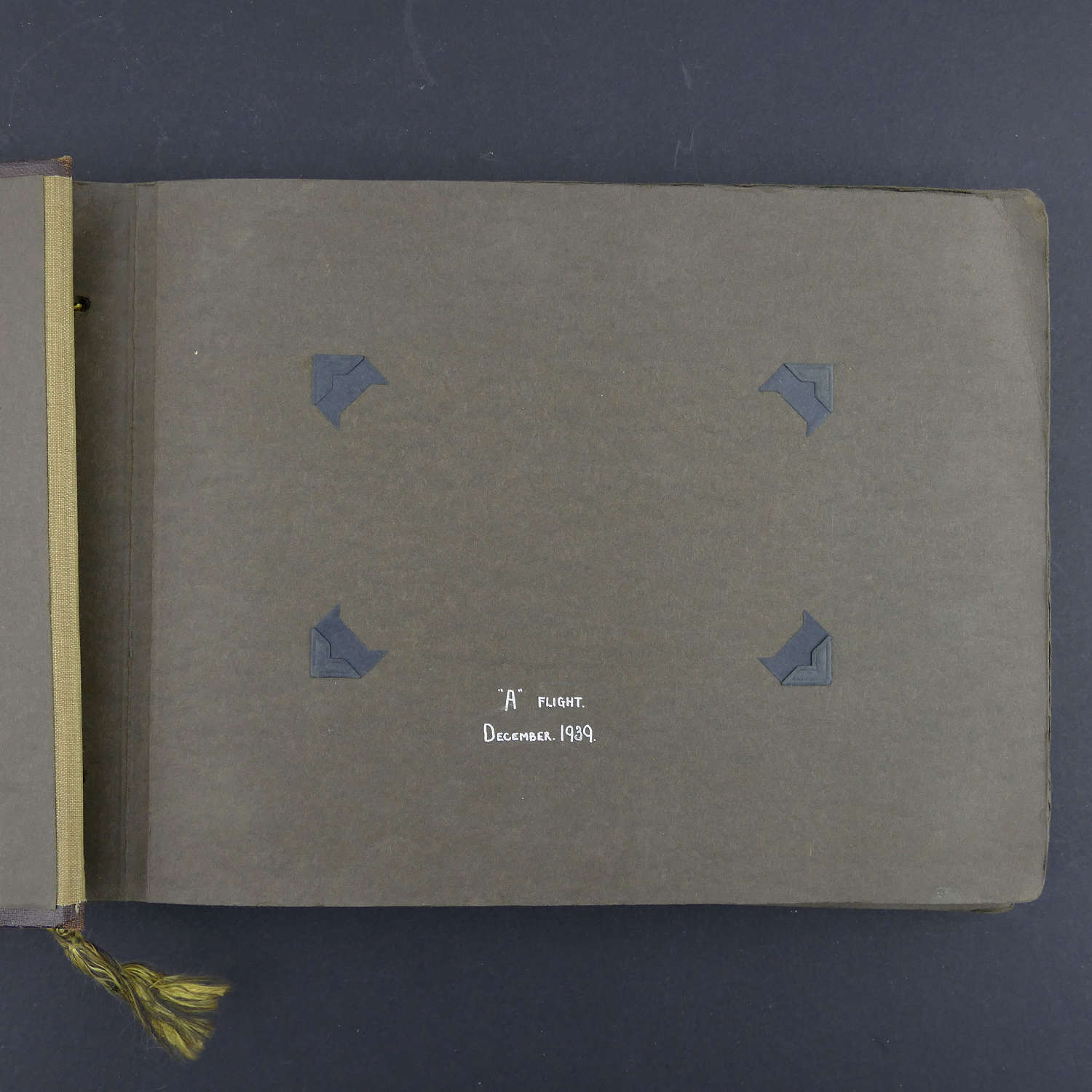 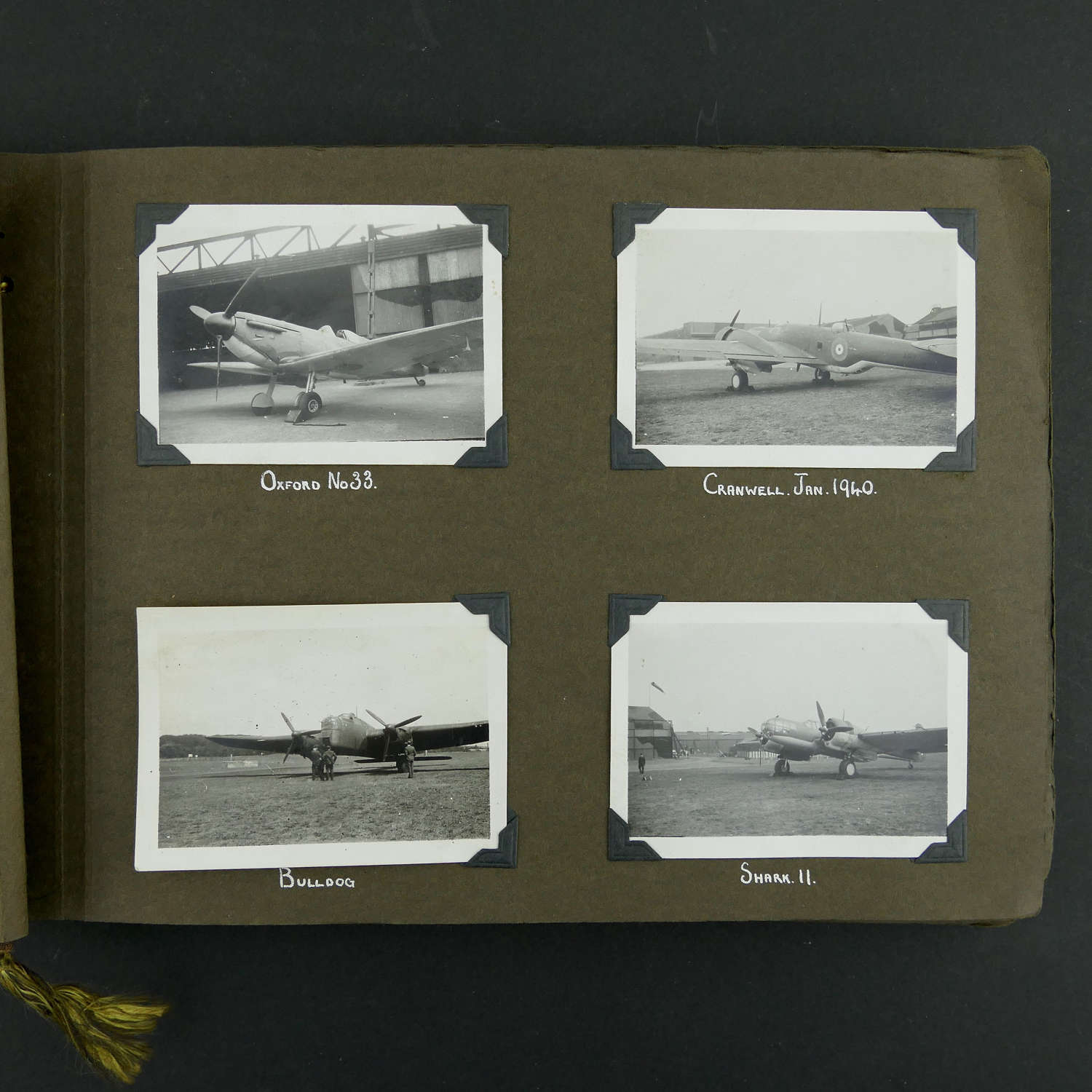 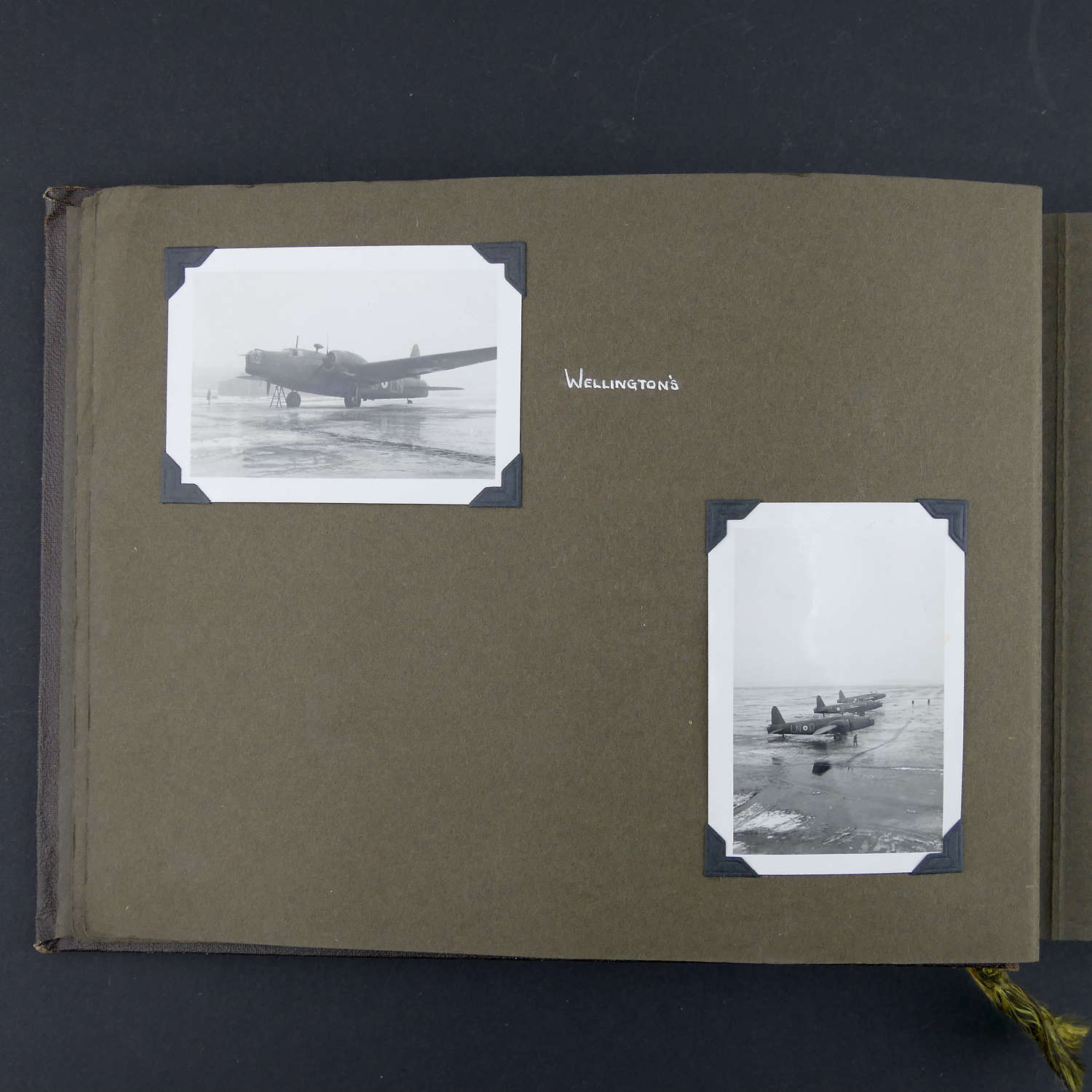 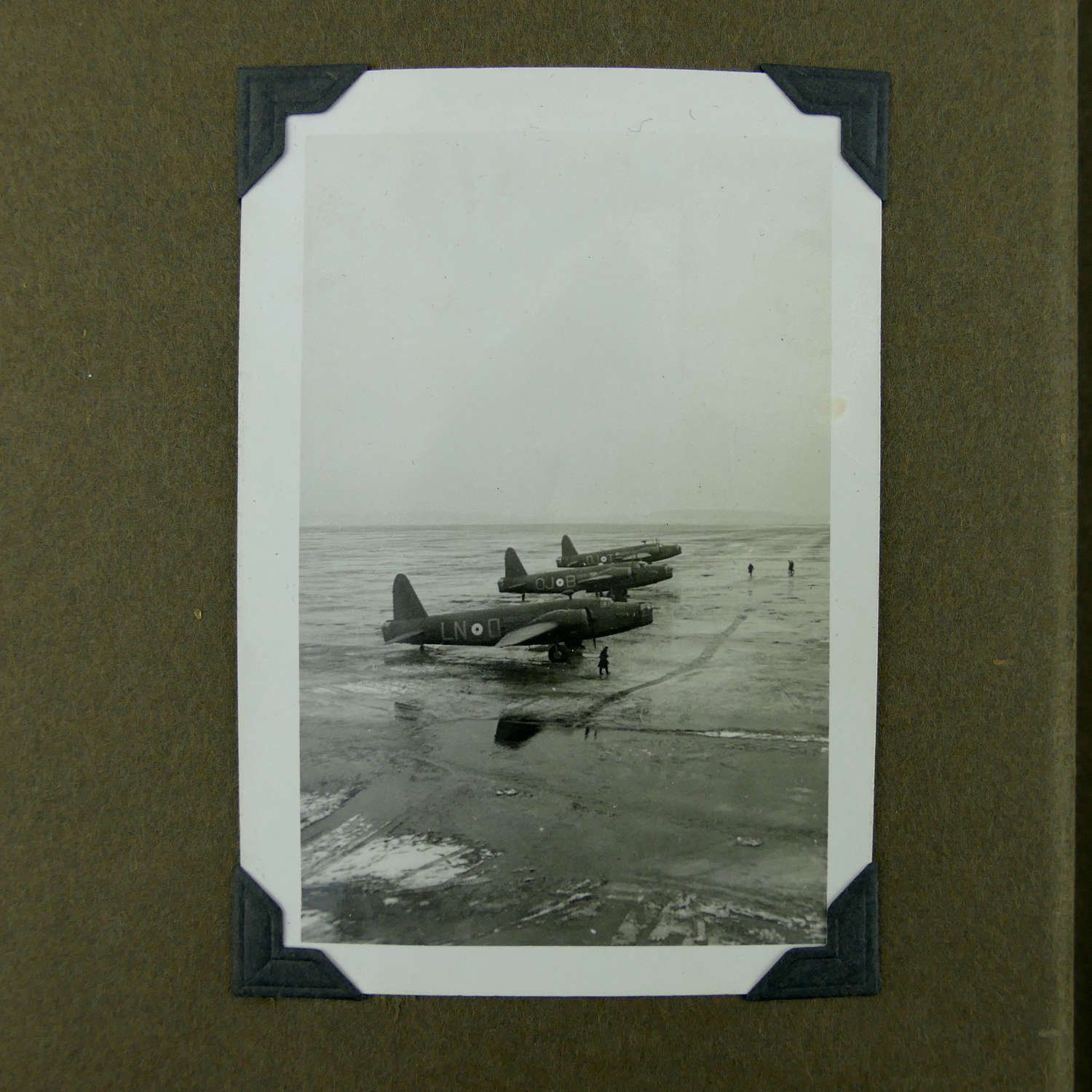 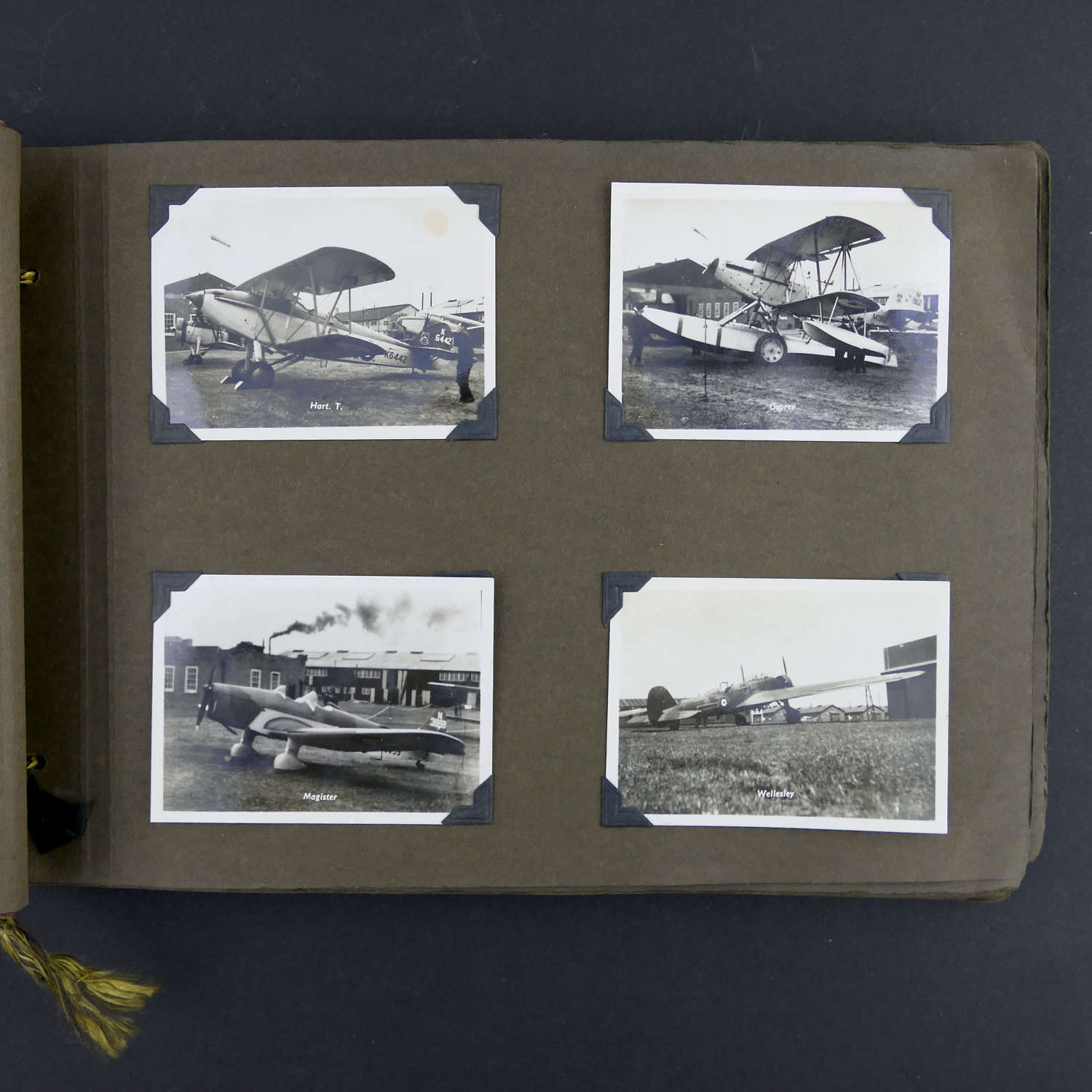 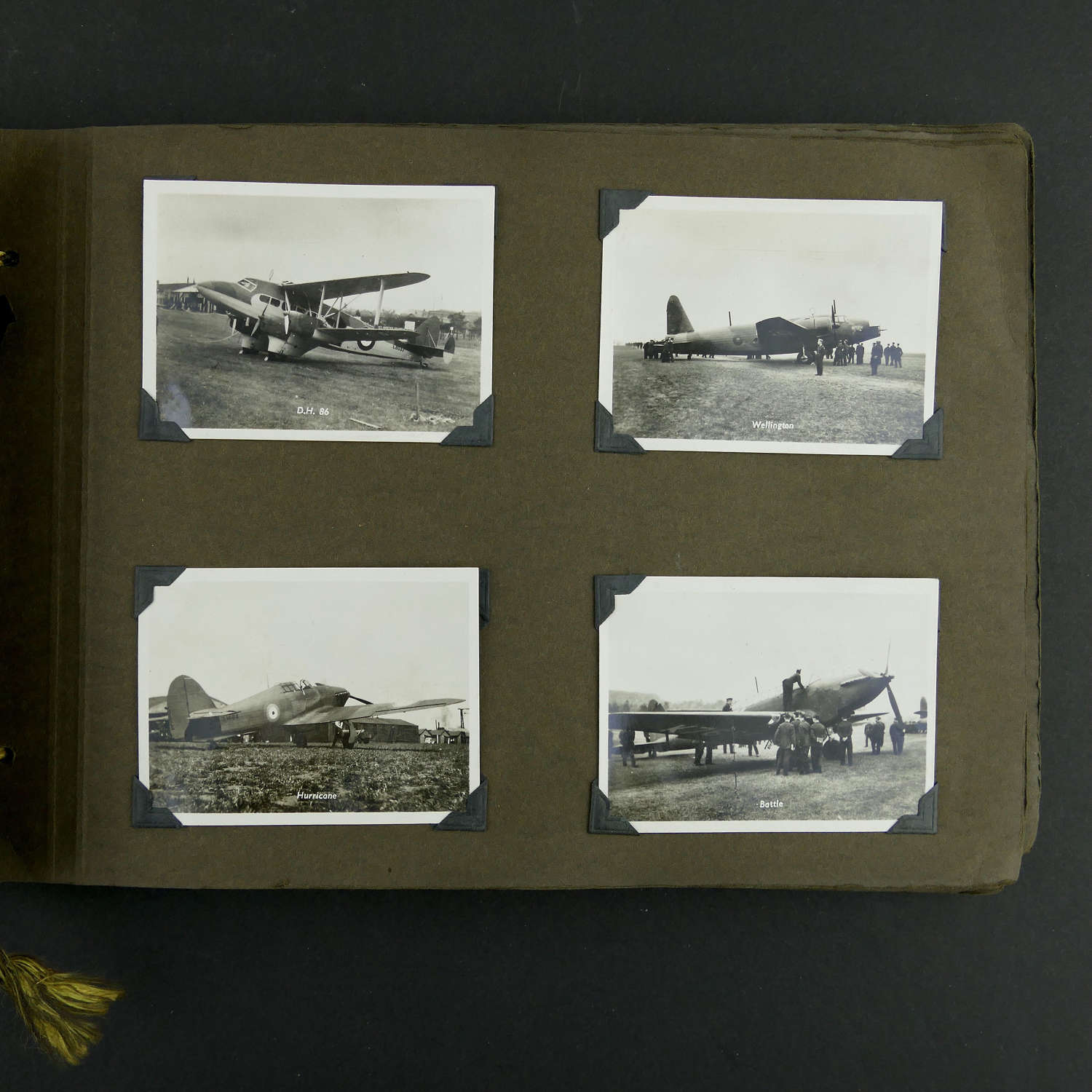 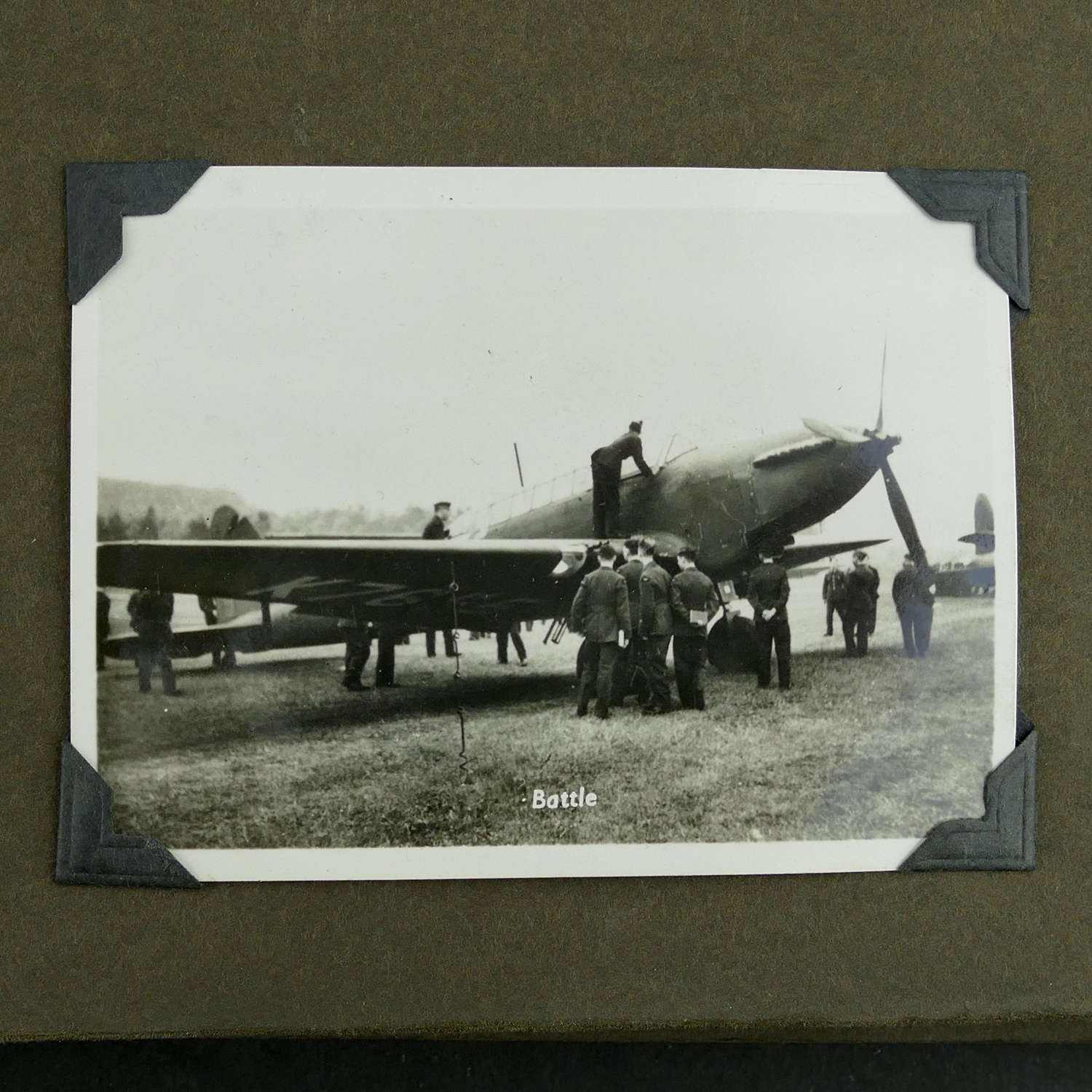 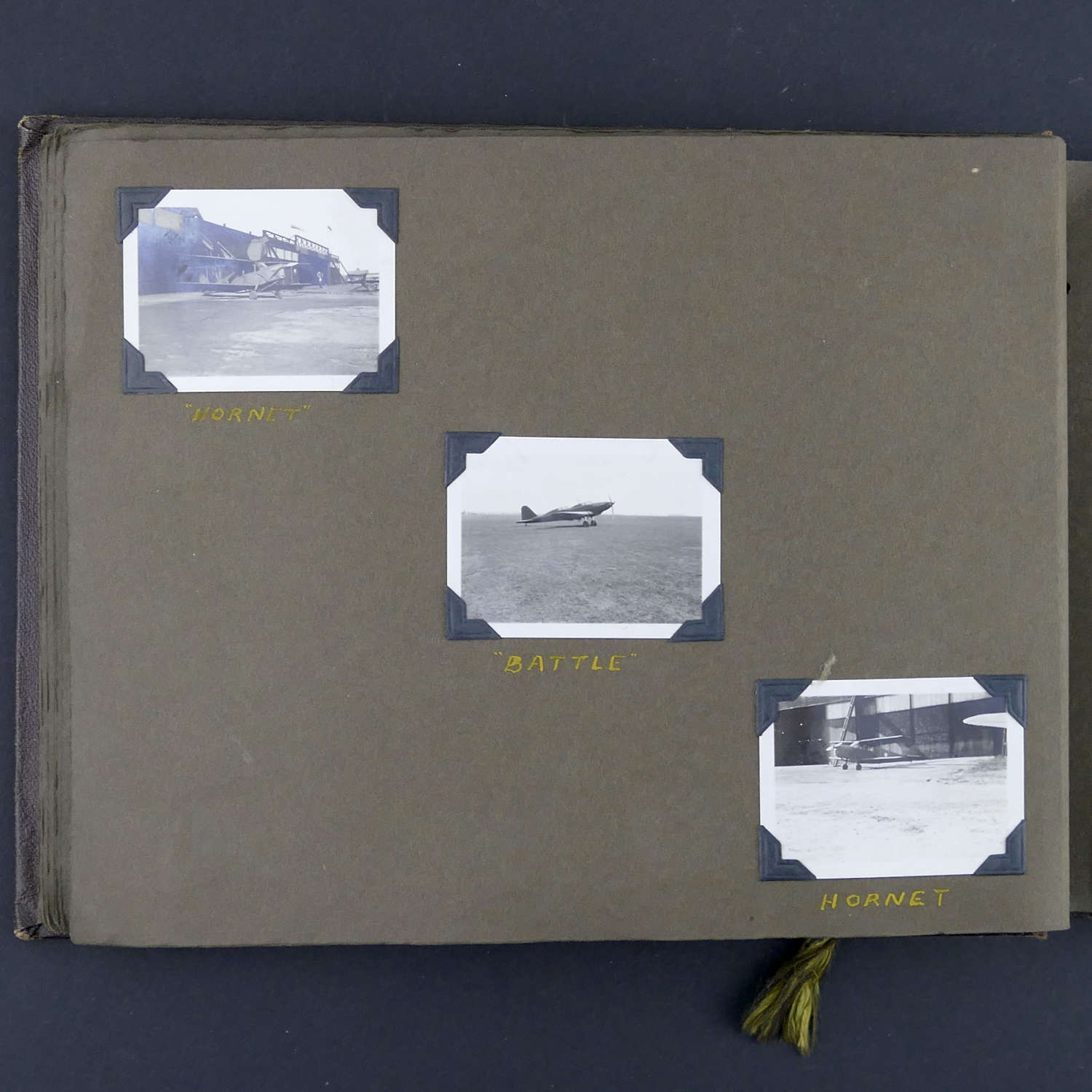 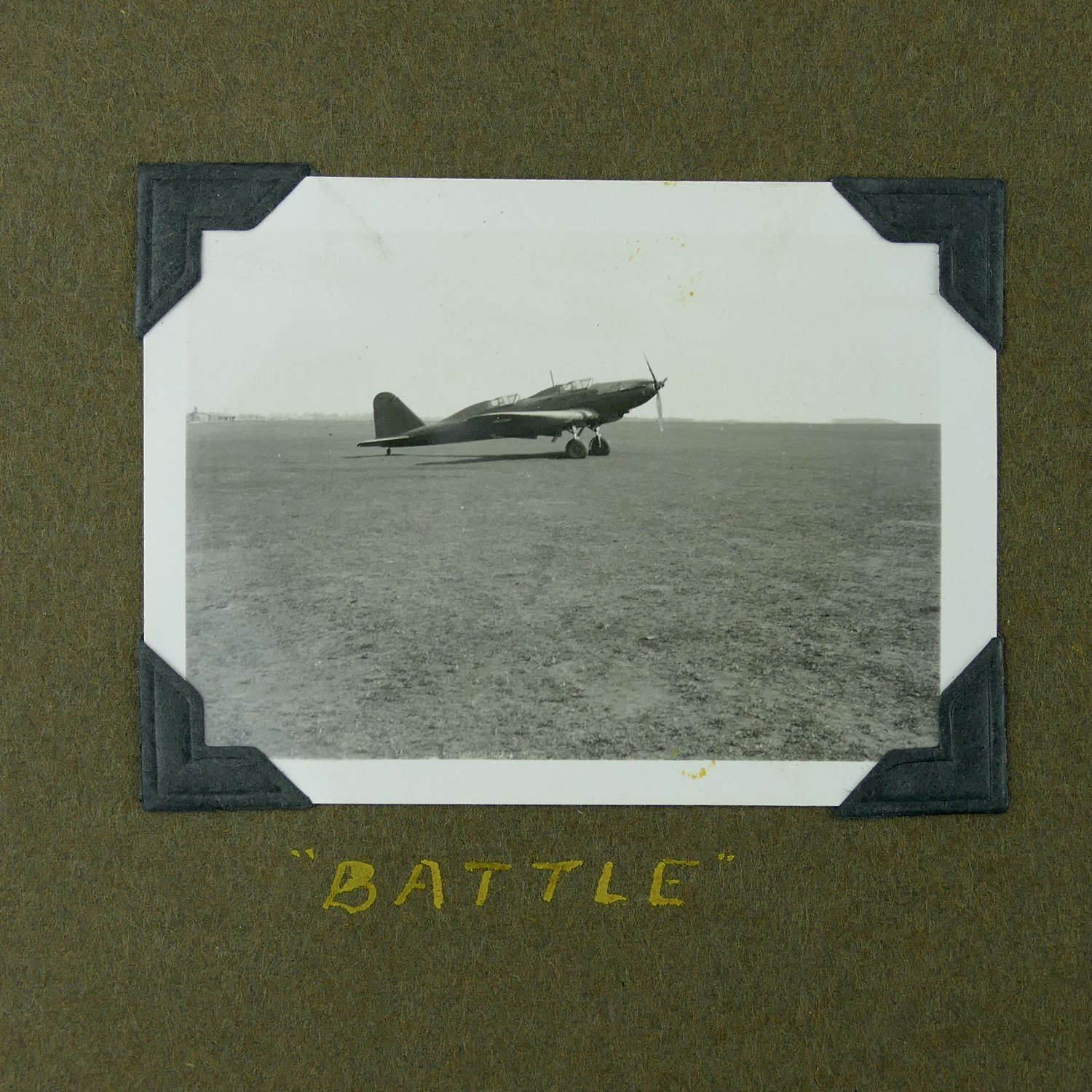 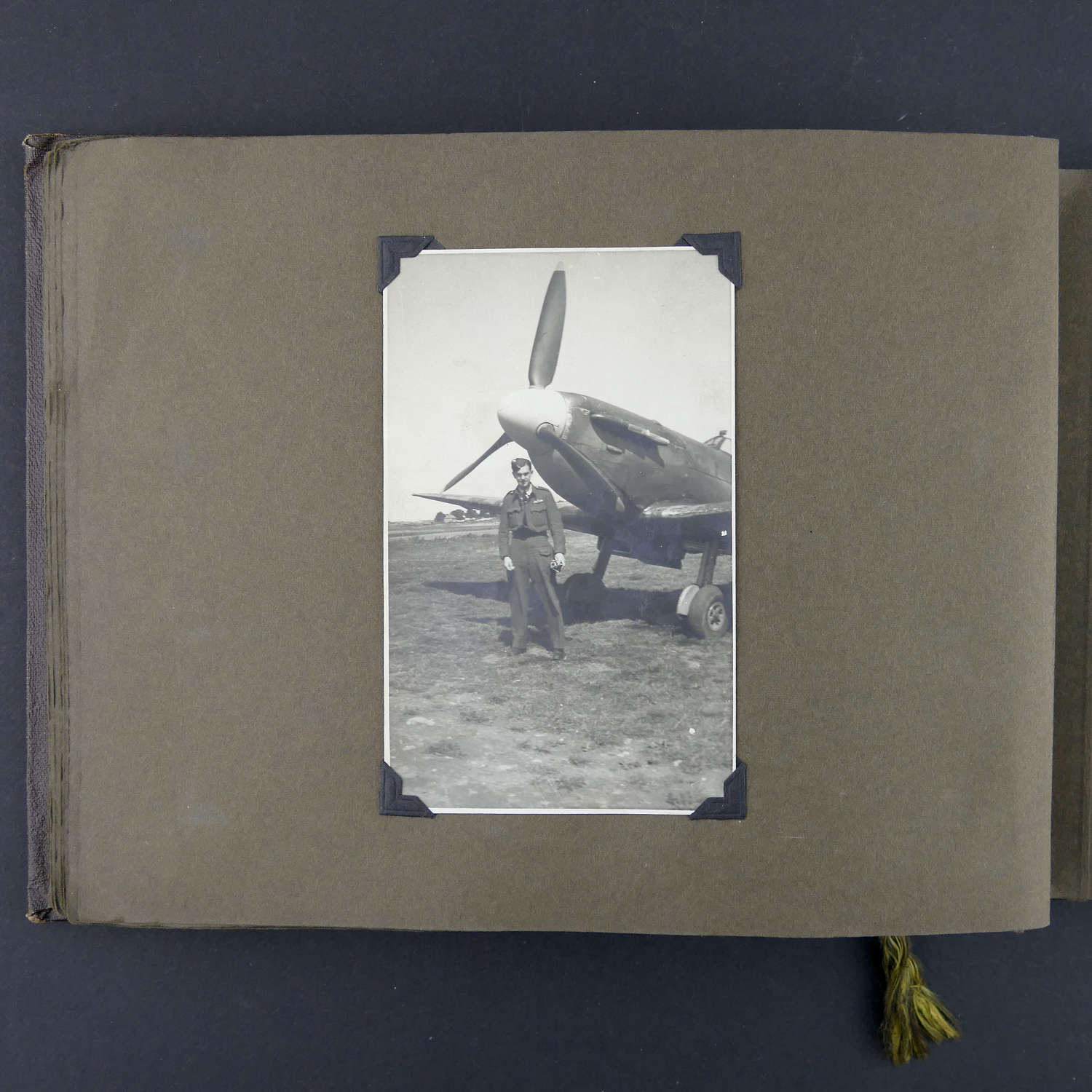 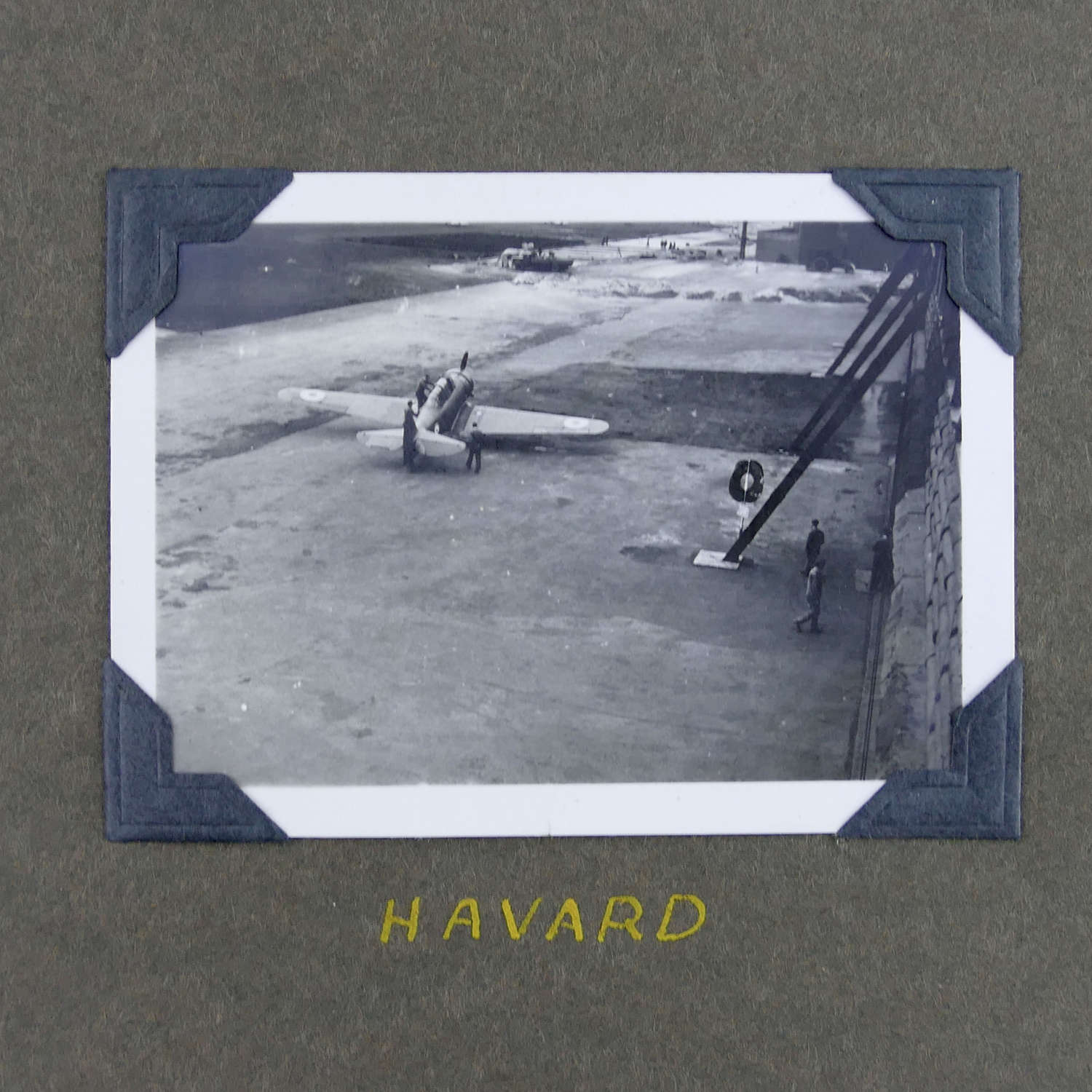 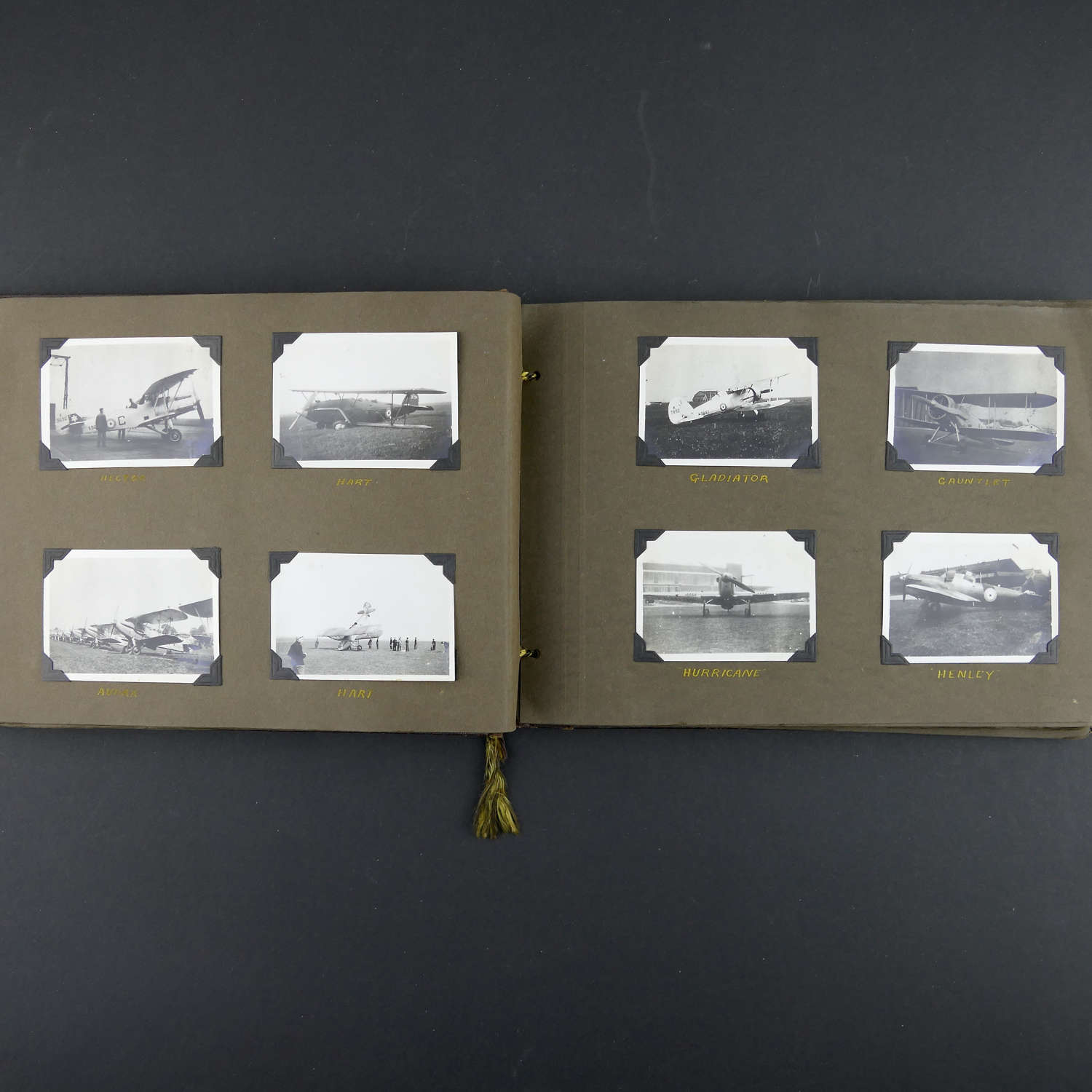 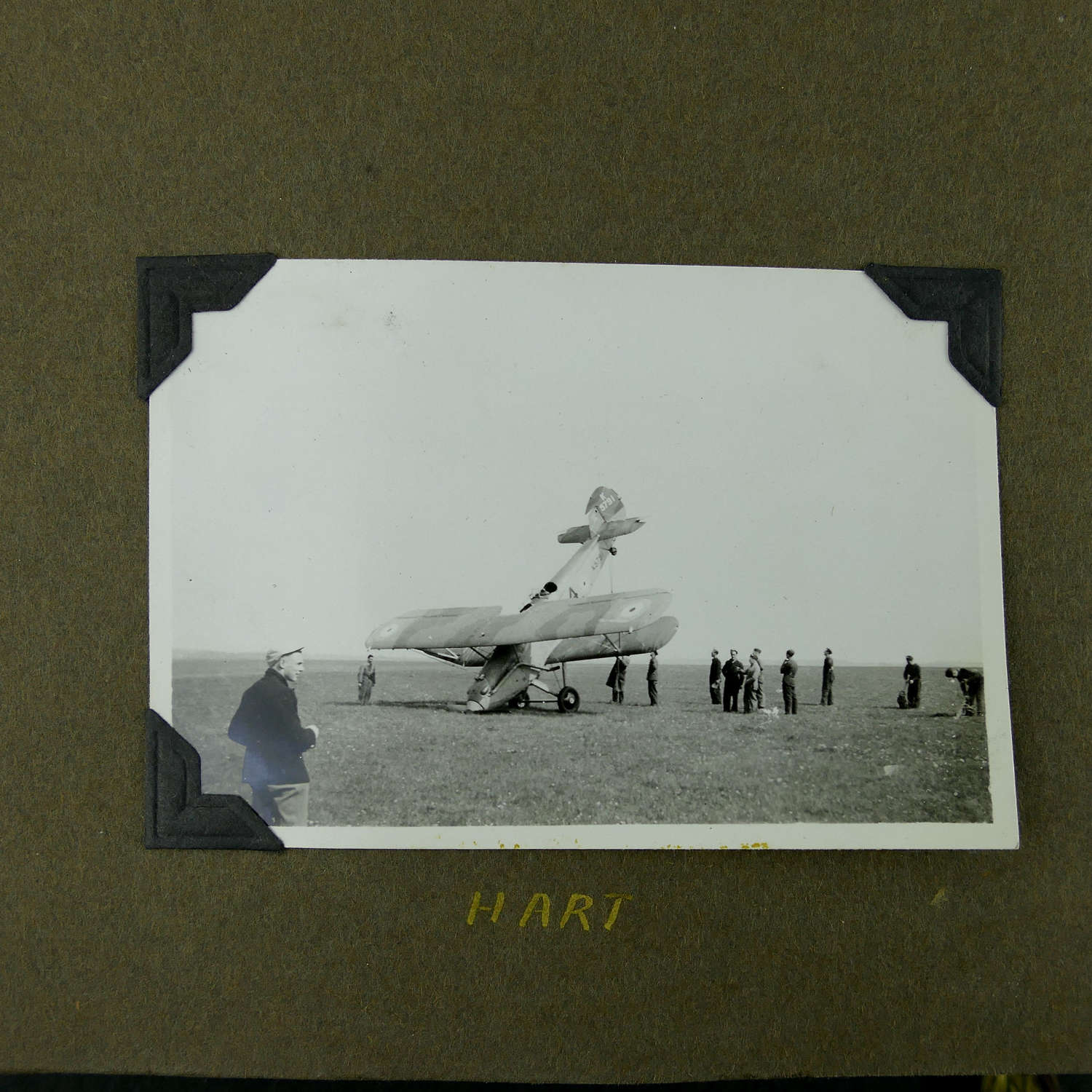 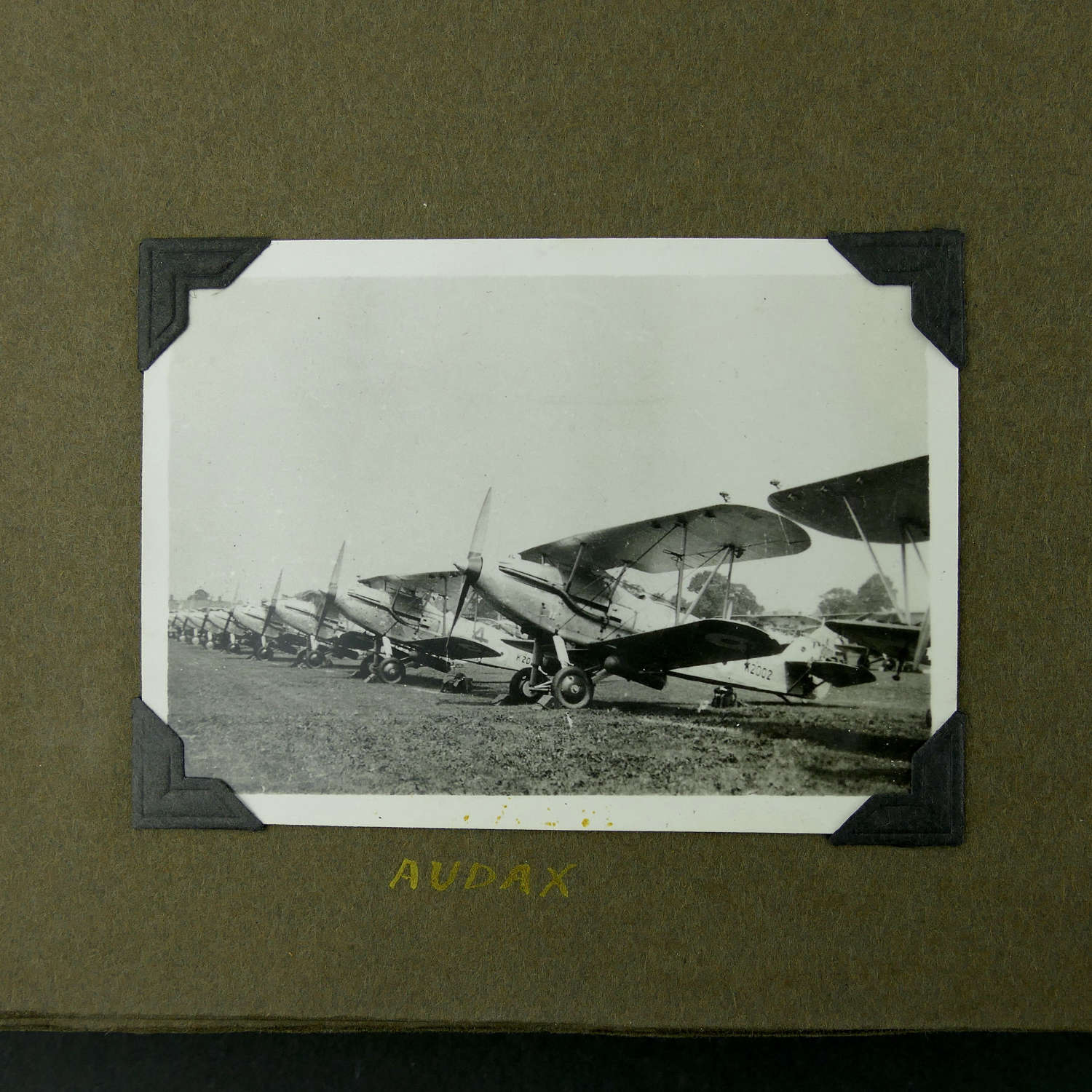 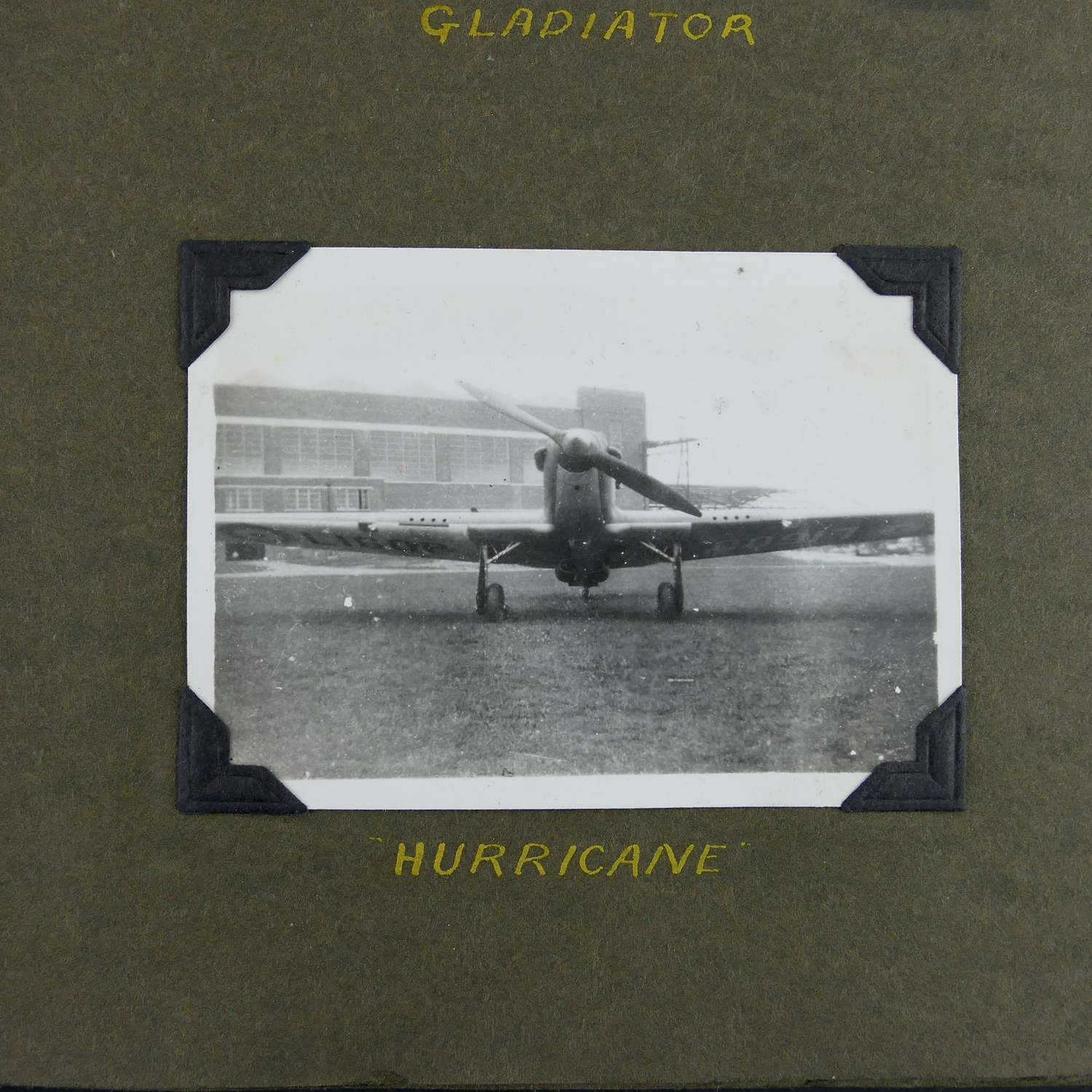 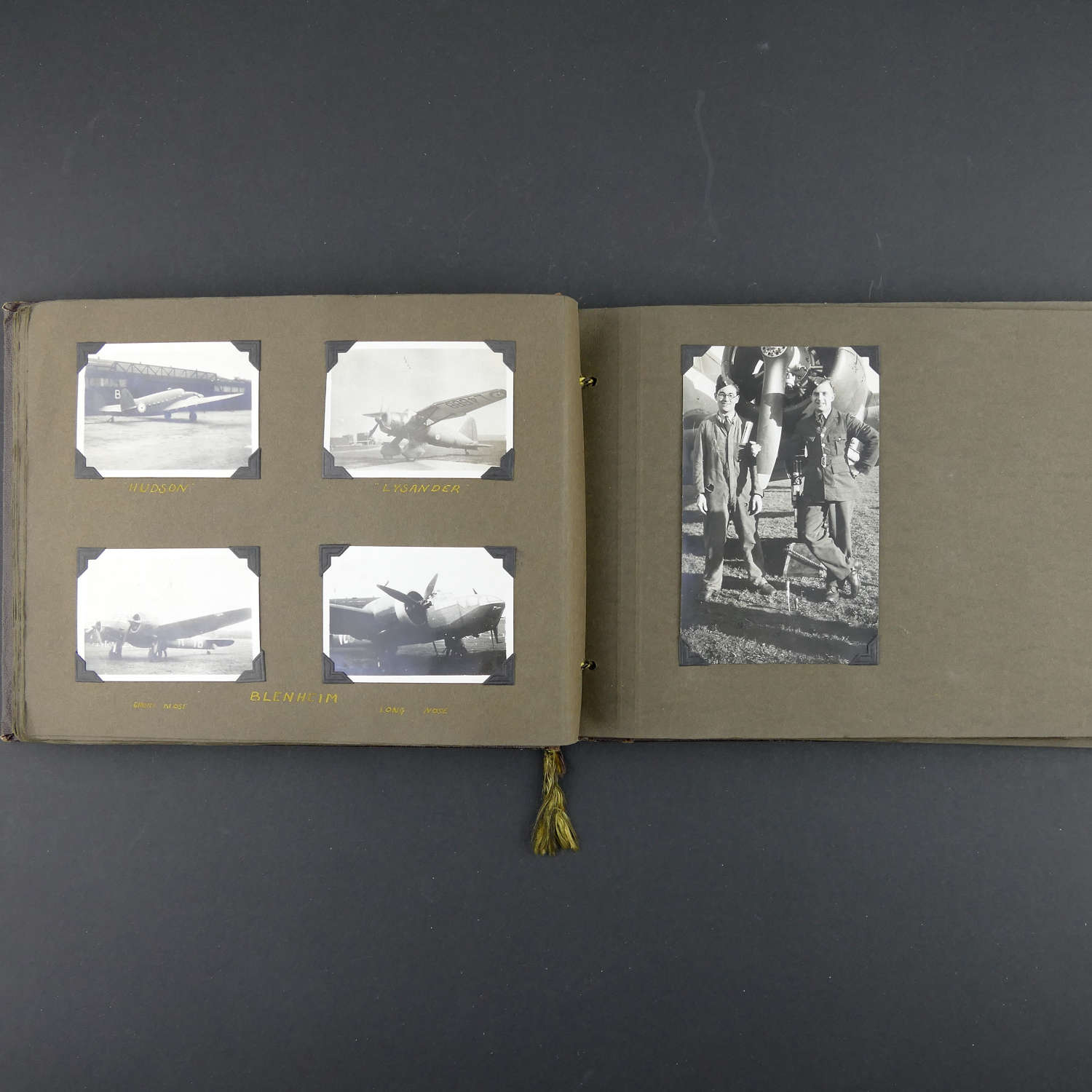 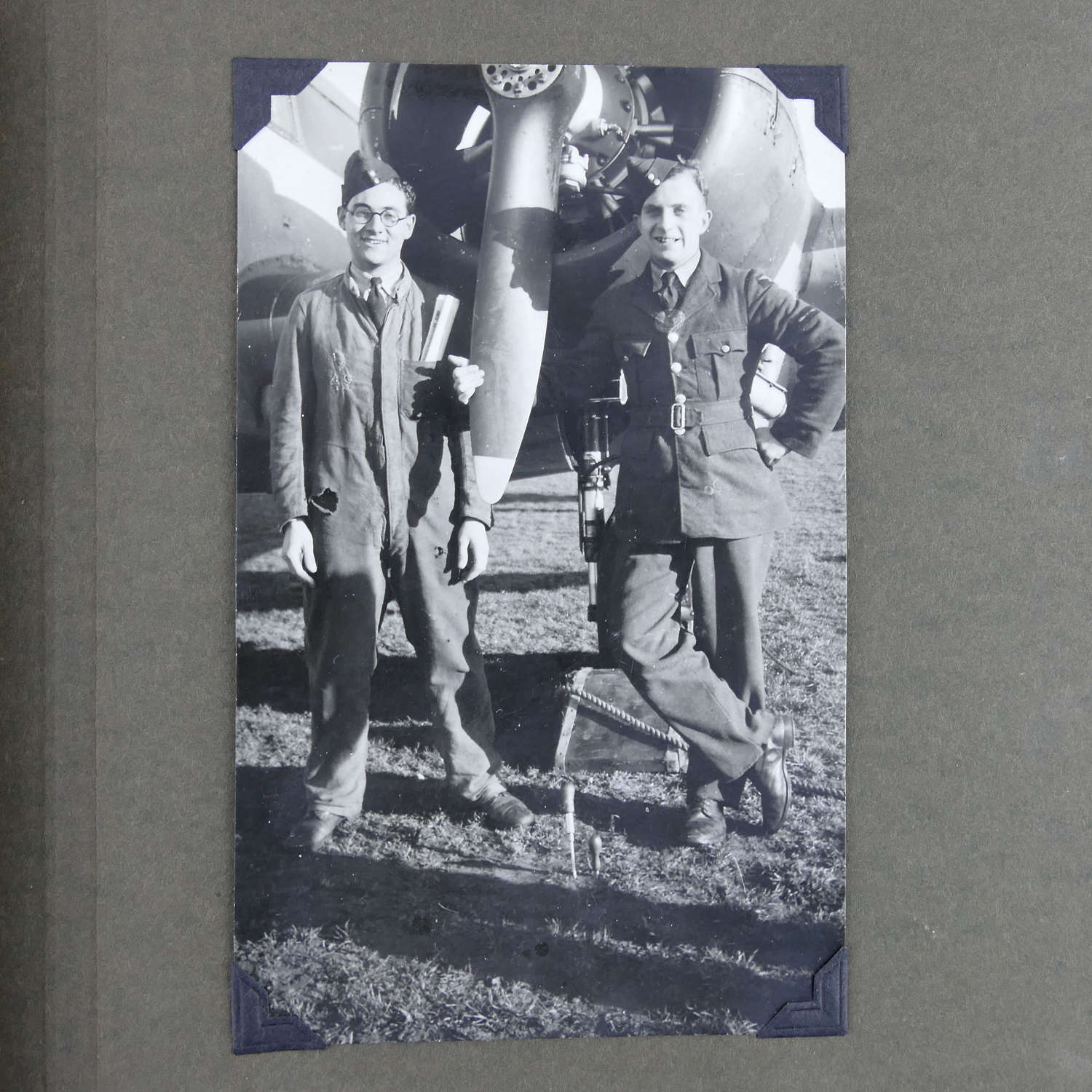 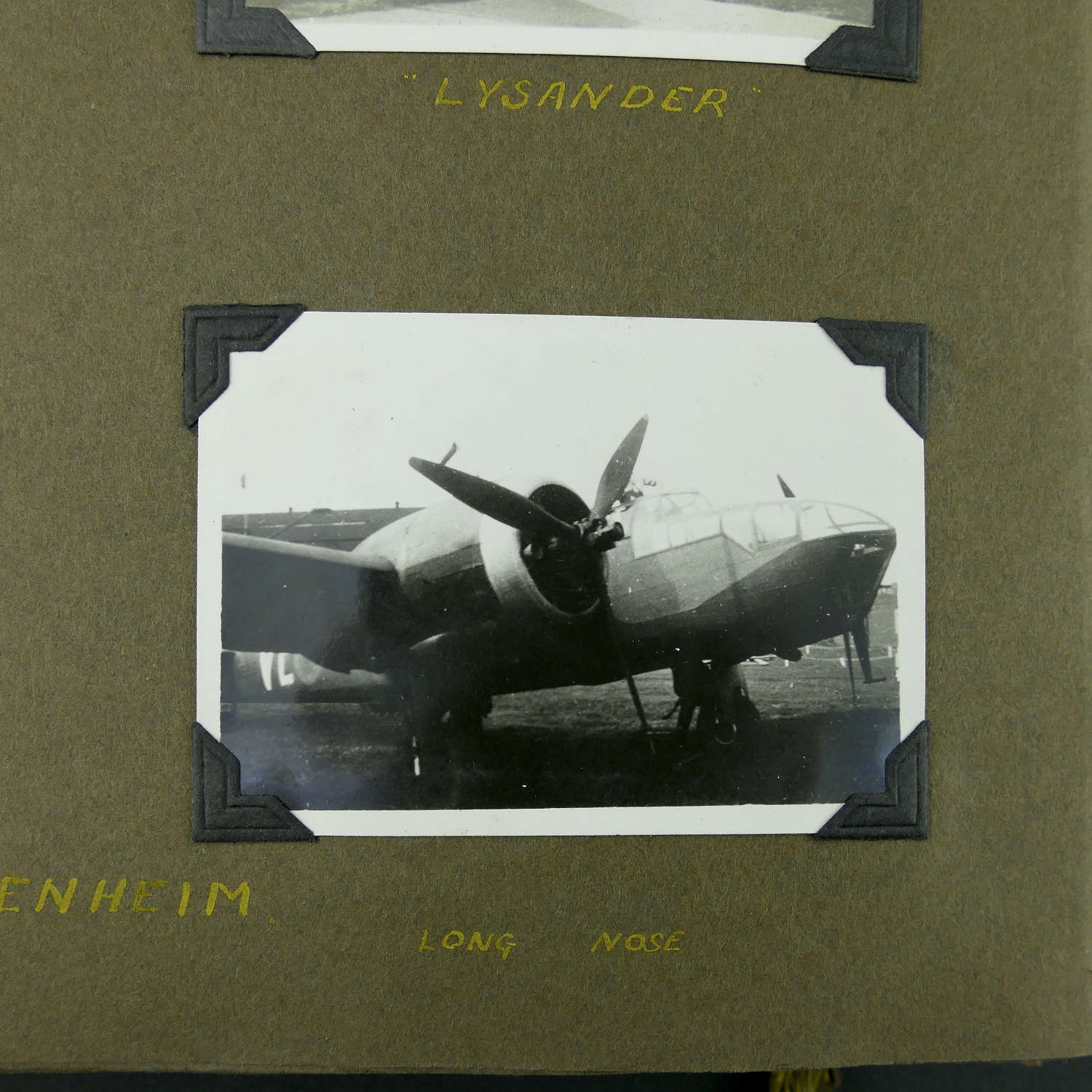