RAF bomber command night raid report No.766 for night operations that took place on 11th/12th November 1944.  Foolscap, 4 sheets plus additional photograph plotting sheet.  Successful attacks were made on oil targets at Dortmund and Harburg. None of the 228 Mosquitos and Lancasters attacking Dortmund were lost but 7 aircraft failed to return from Harburg.  Attacks were also made against Osnabruck, Wiesbaden, Gotha and Erfurt and Lancasters and Halifaxes laid 228 mines off Oslo.  The report gives details of the weather, daylight reconnaissance of bombing results, enemy defences encountered etc.  One sheet is a map marked with the routes taken by participating aircraft, another lists the aircraft involved/bombs dropped and the final sheet shows the position of photos taken.
Information from 'The Bomber Command War Diaries' states that considerable damage was caused in Harburg's residential and industrial areas and 119 people were killed and 5205 were bombed out.  The oil plant at Dortmund was severely damaged but some bombs hit nearby housing and the local airfield.  83 people were killed and 85 injured. The paperwork is a little dog-eared/creased around the edges but generally in very good condition.  Interesting original documents relating to bomber command sorties over Germany towards the end of the war.  Stock code P22873-188. 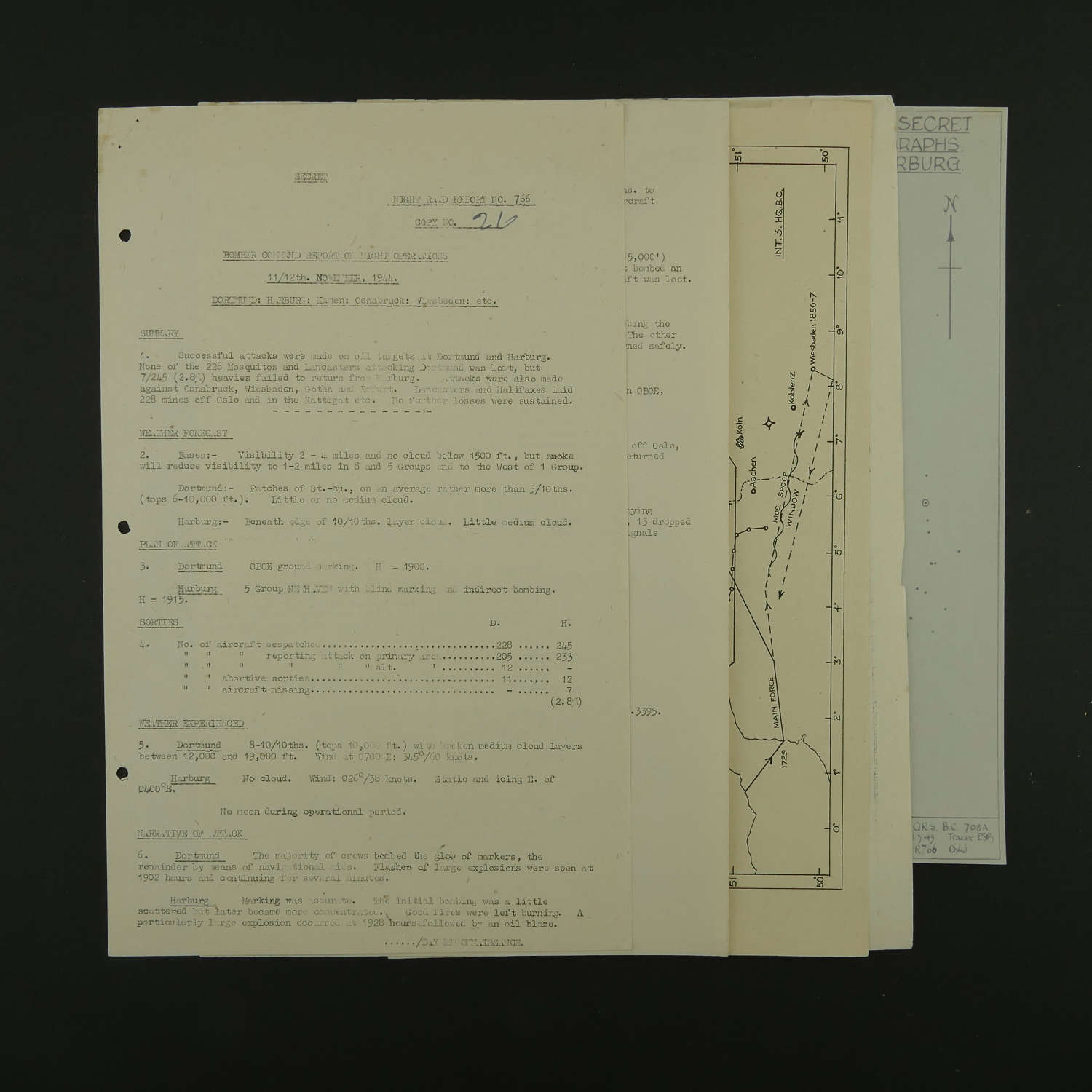 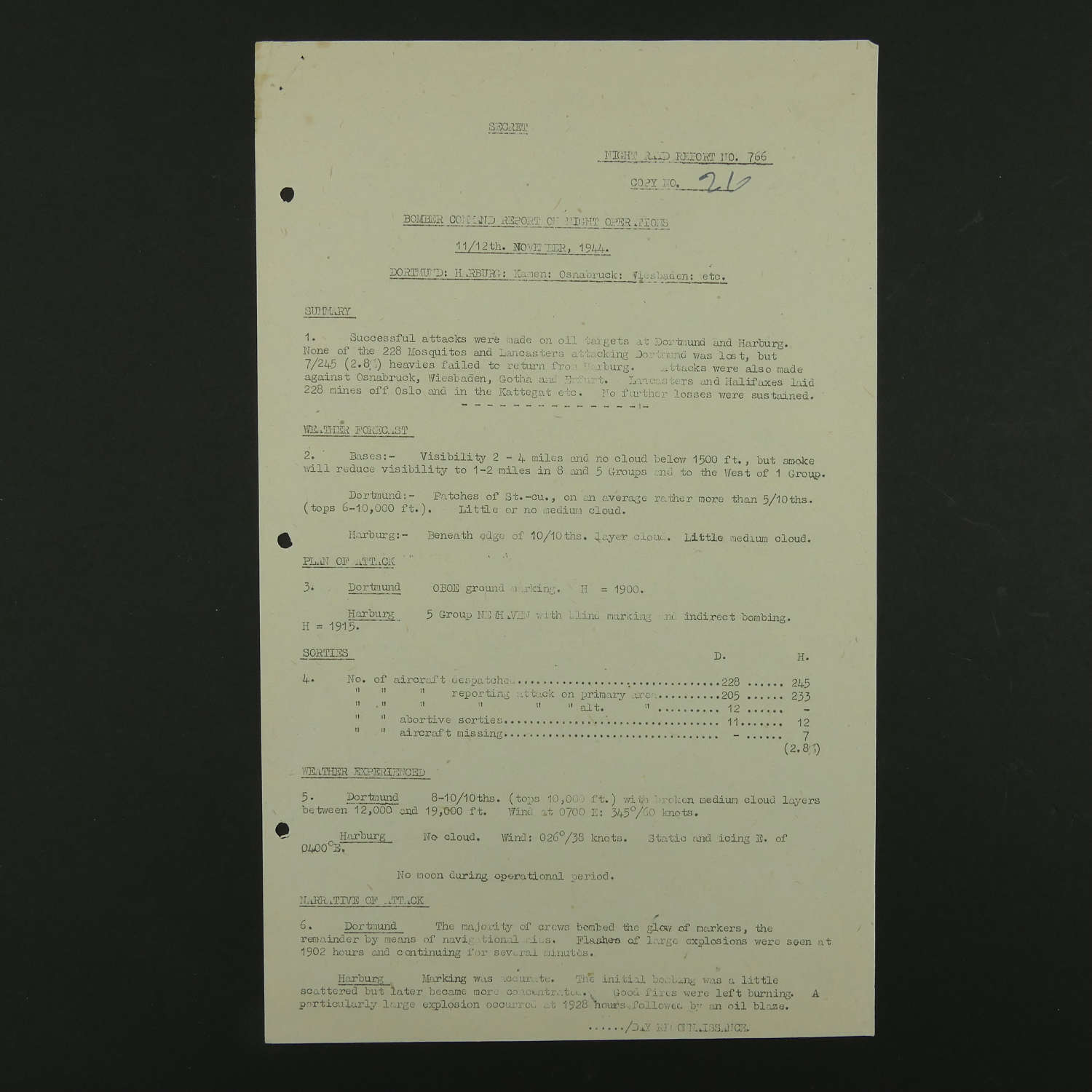 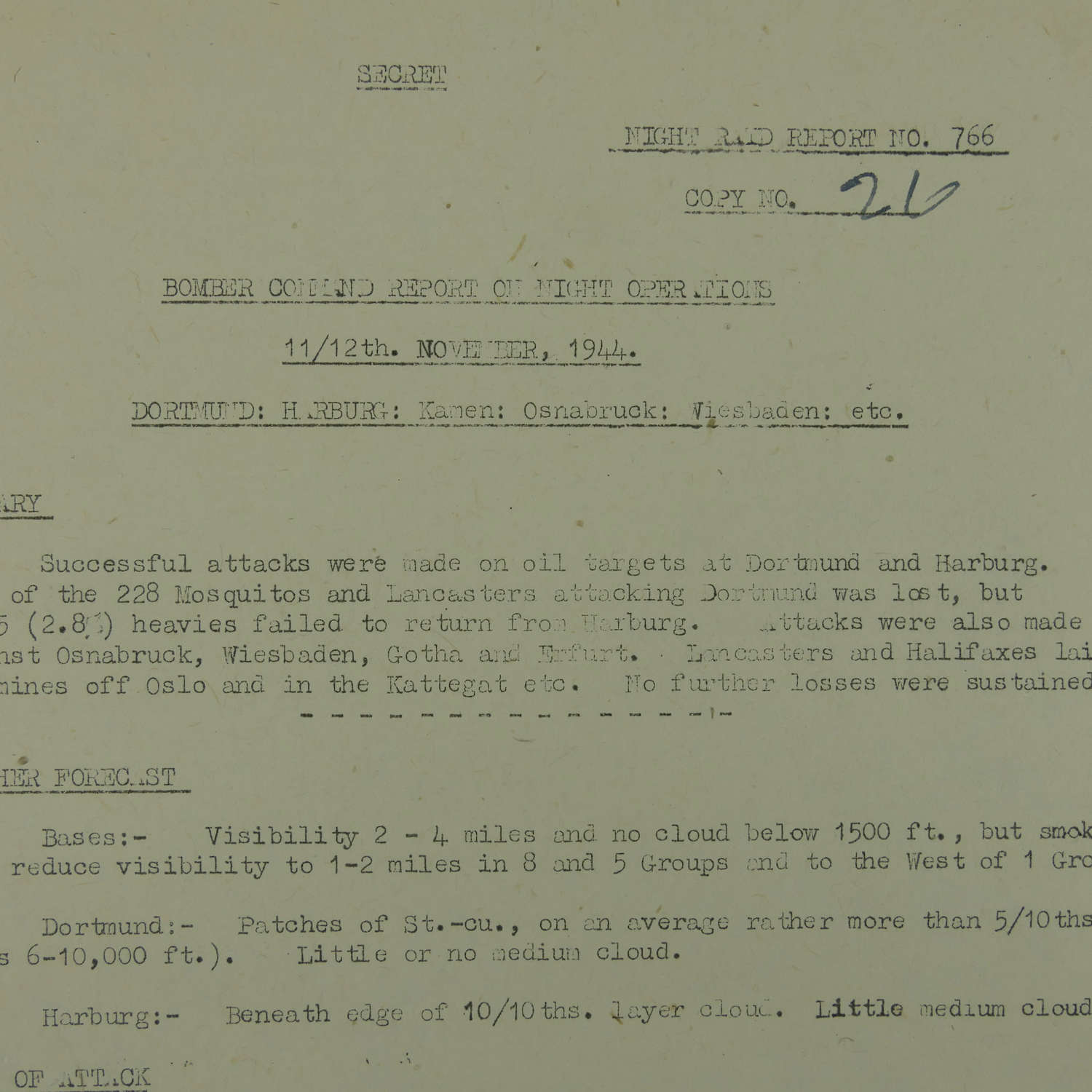 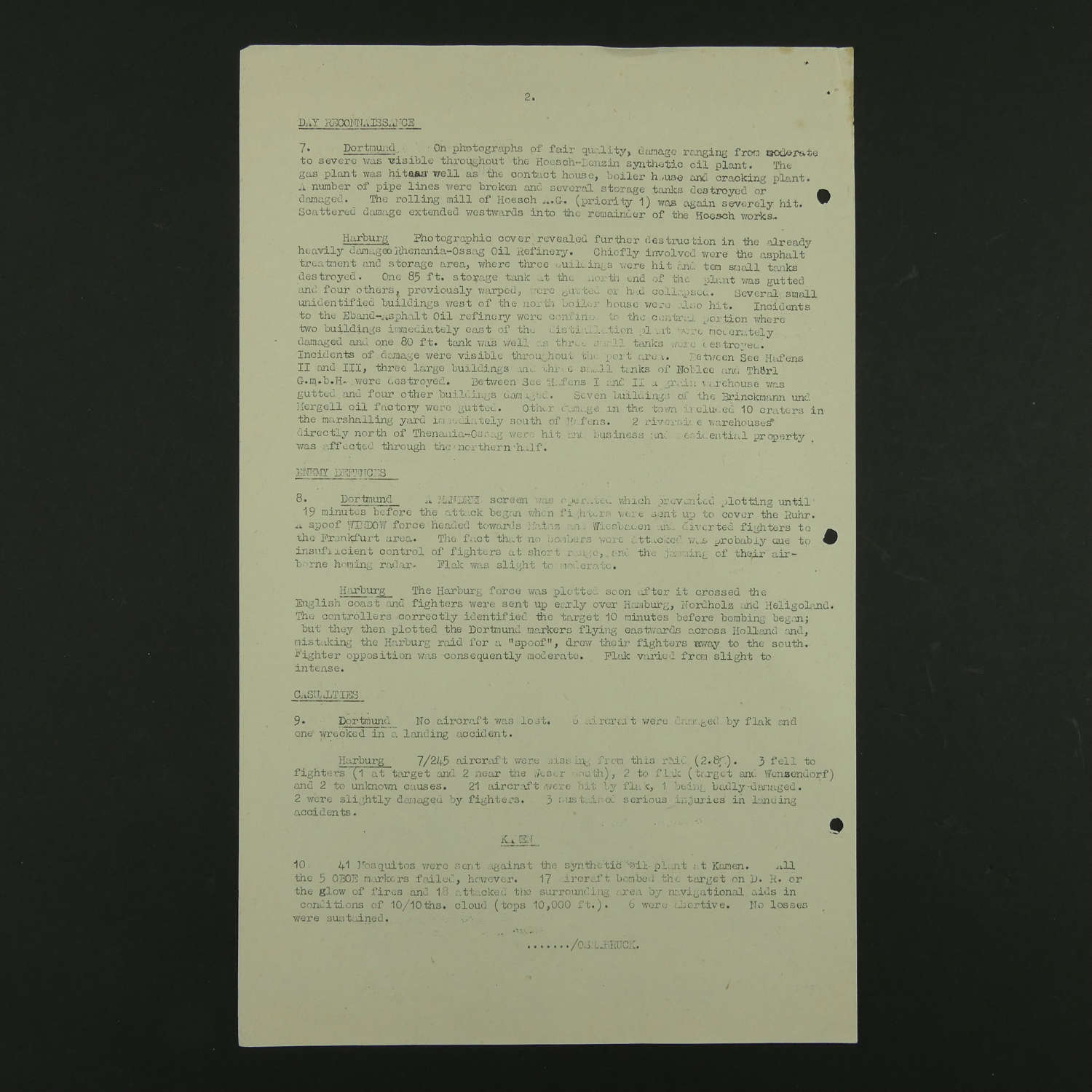 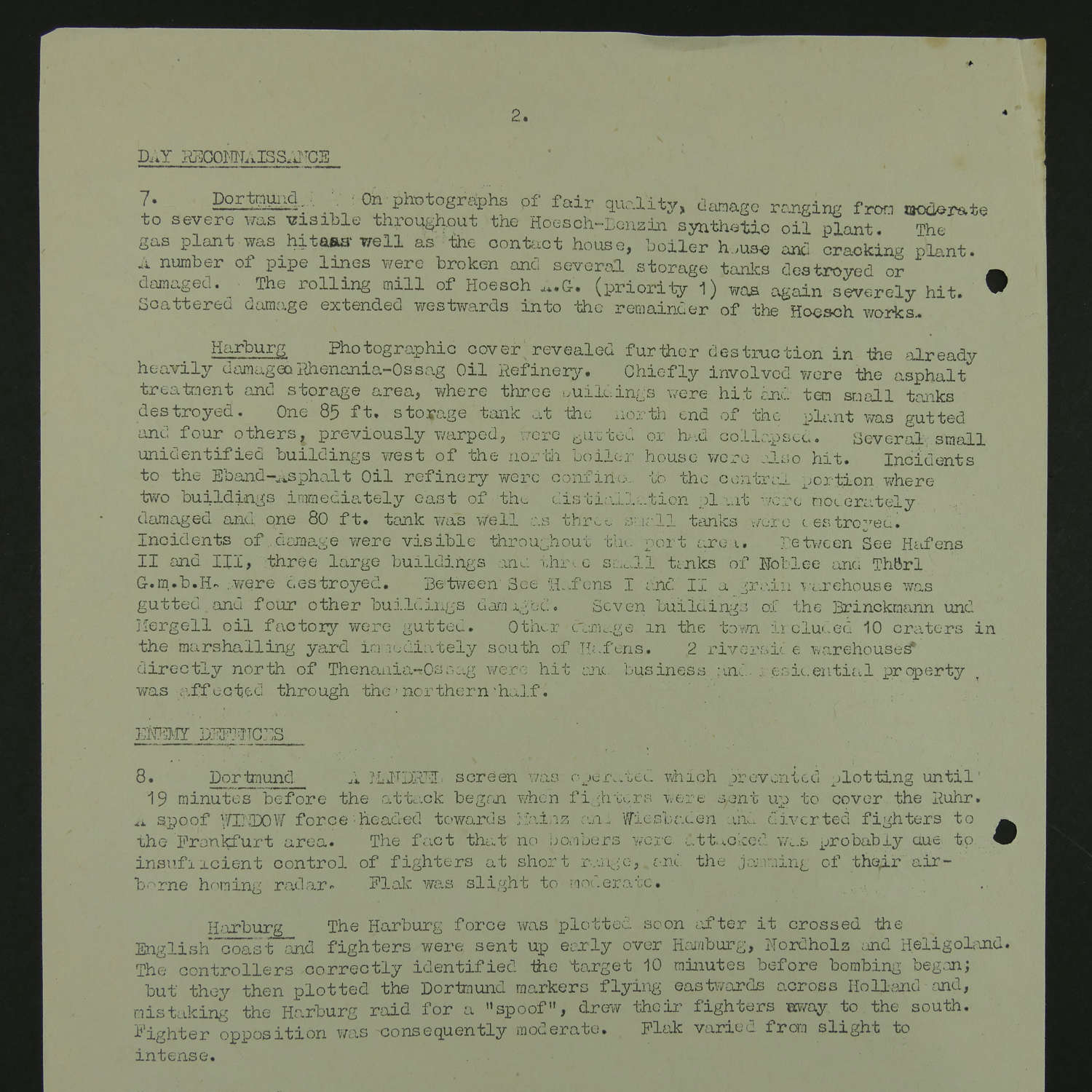 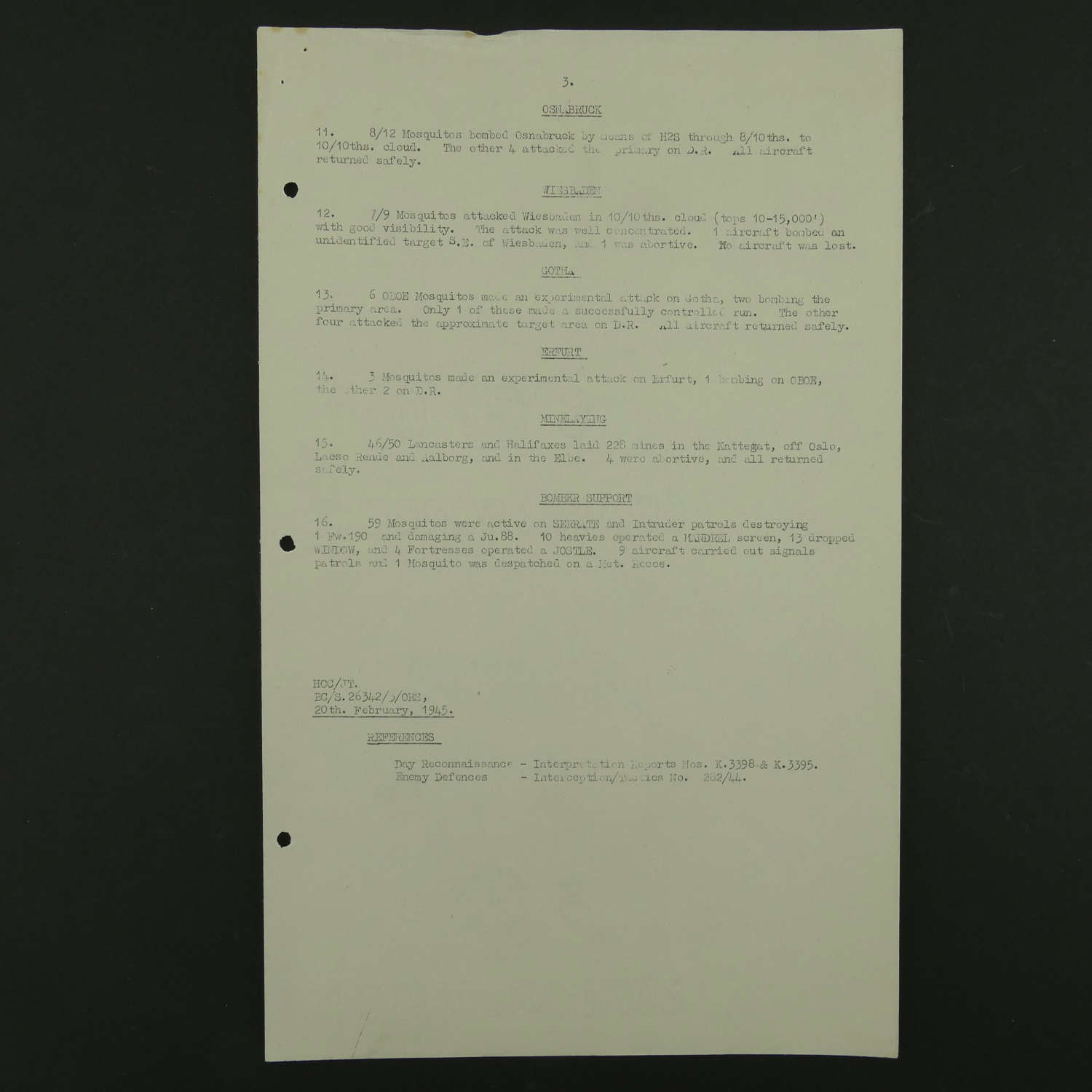 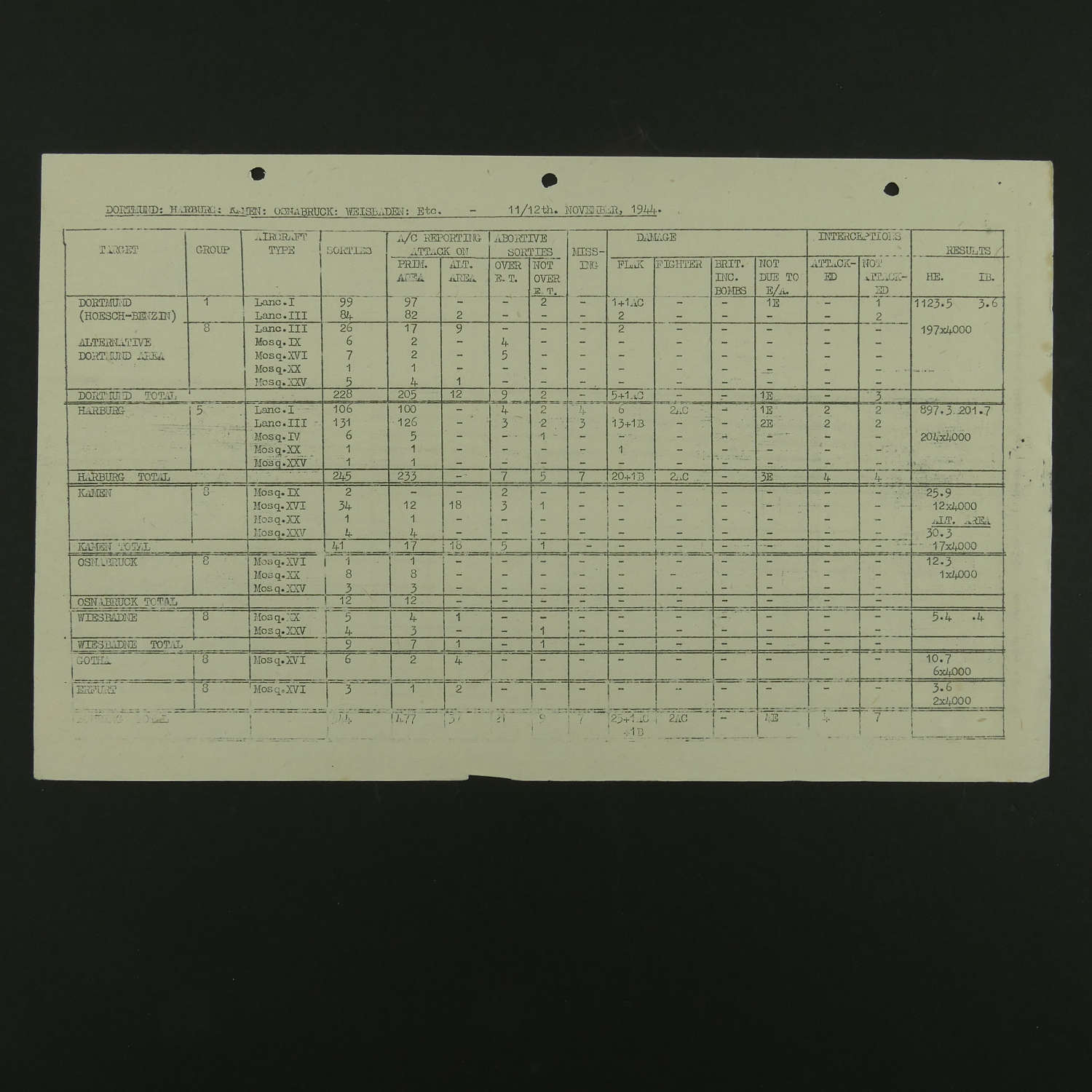 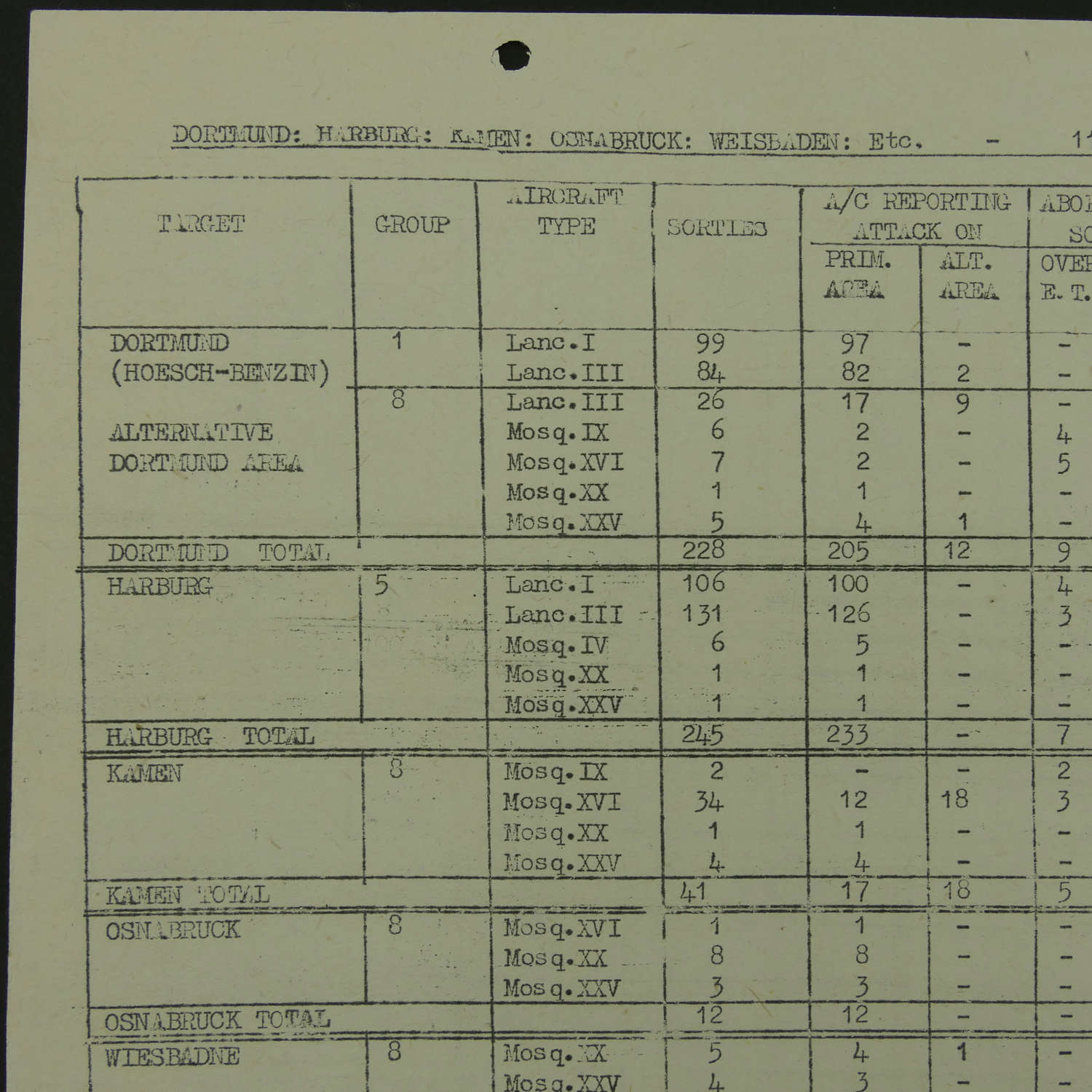 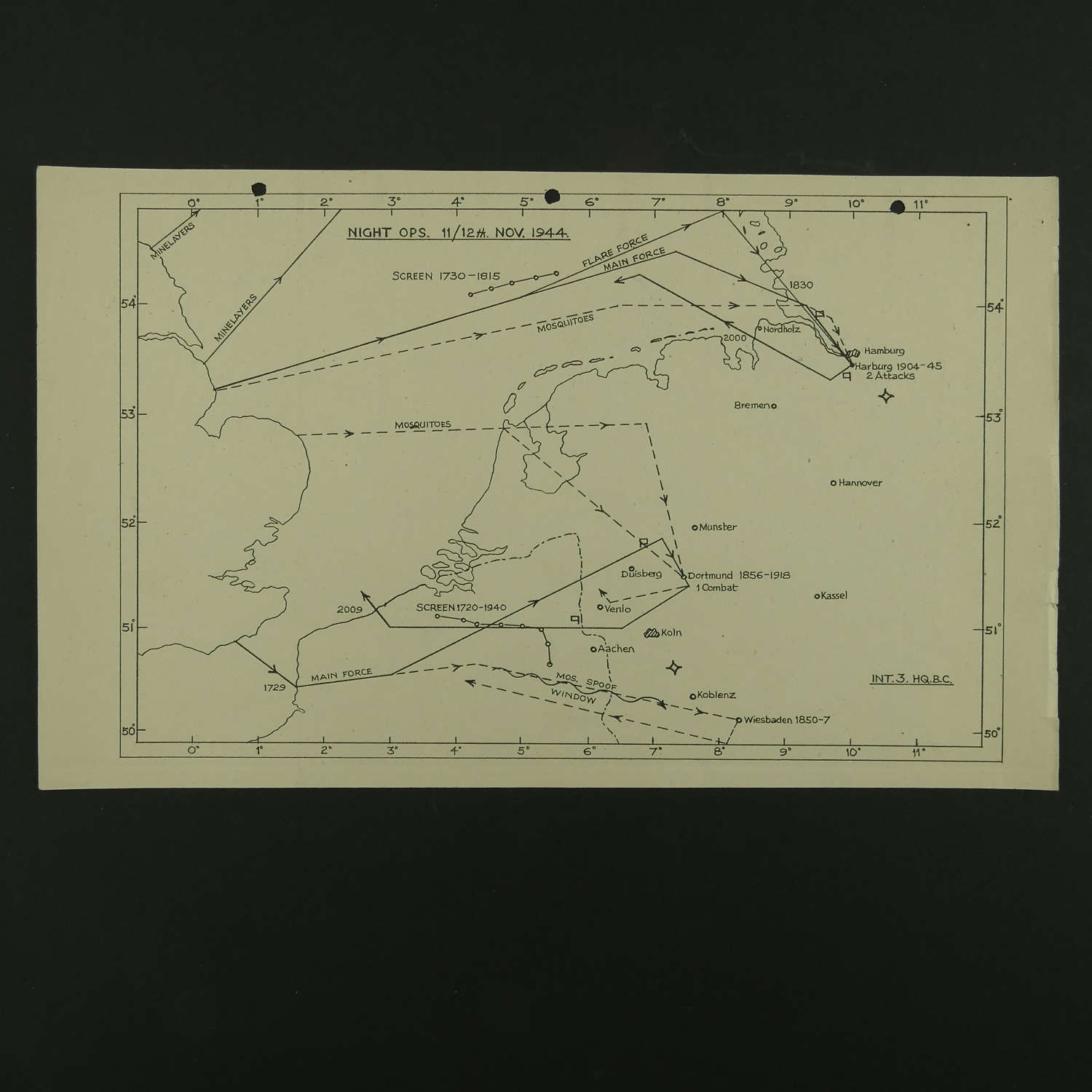 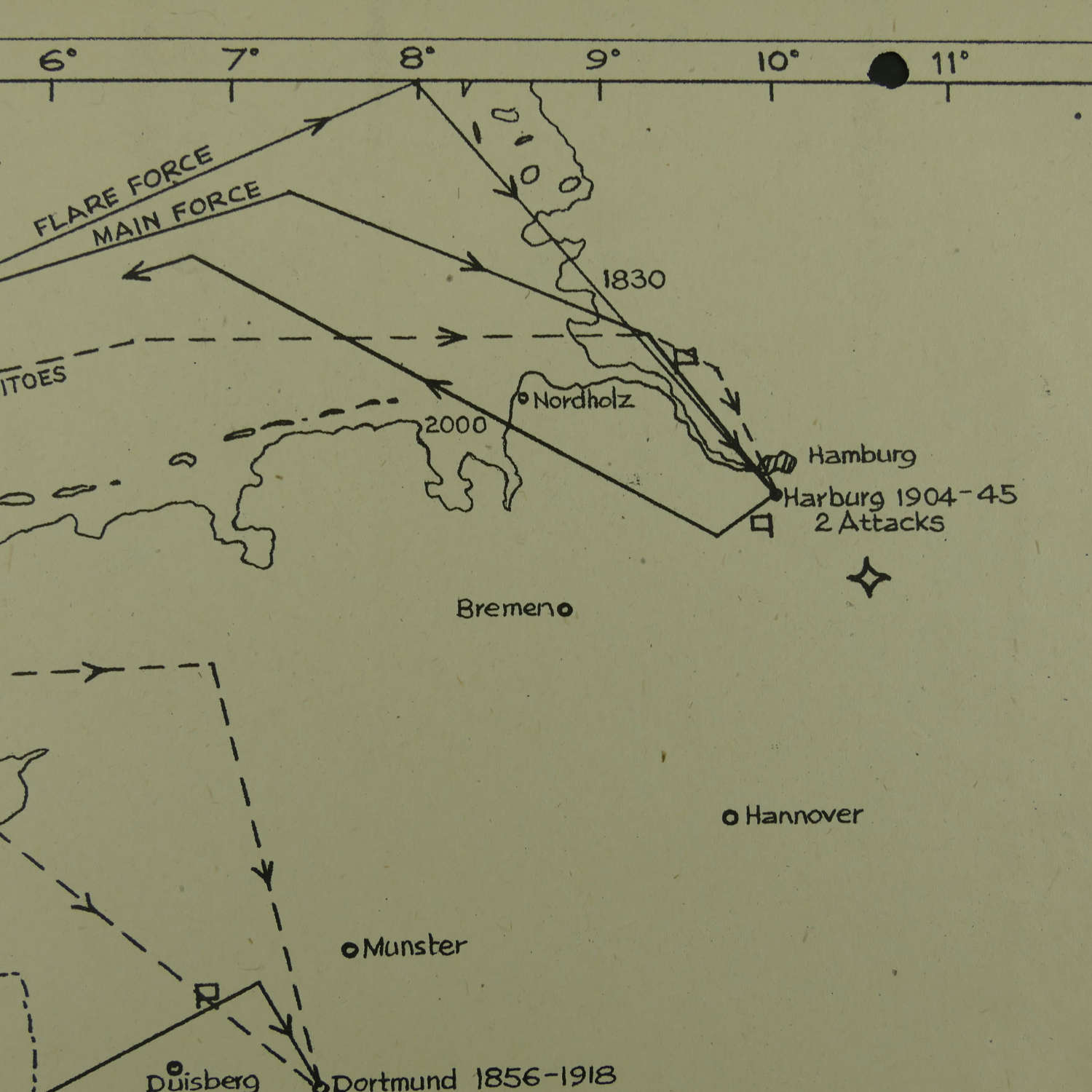 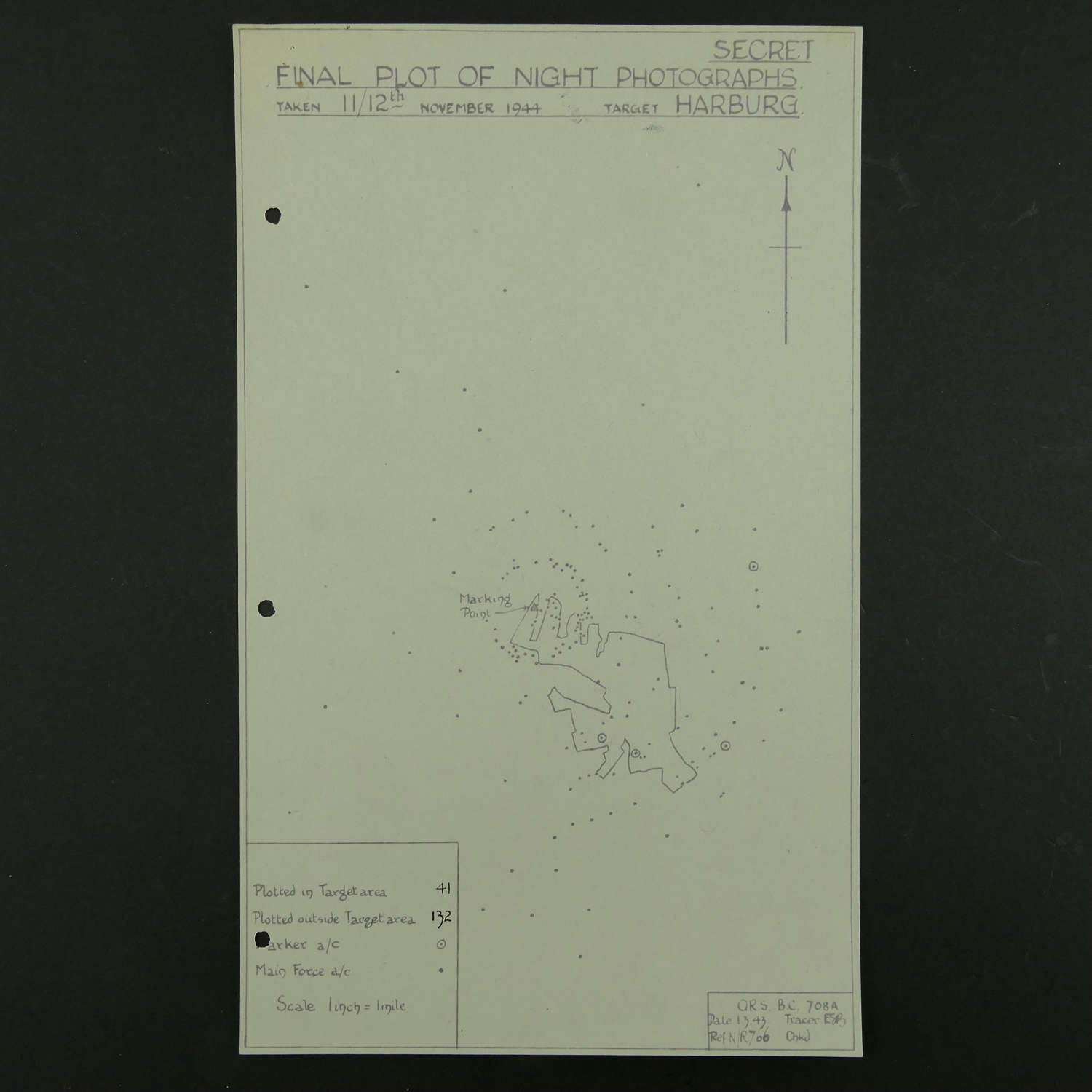