Original warning or 'Precautions' sign from the underside of the lid of box of A. W. bombs ( No.76 S.I.P. grenades) as issued to the Home Guard.  Approximately 30.5 x 20cm and produced in enamelled steel by Chromoworks of Wolverhampton. It reads 'PRECAUTIONS A W Bombs fire instantly on breaking in air.  Store bombs(preferably in cases) in cool place, under water if possible.  Do not store near inflammable material.  Stringent precautions must be take to avoid cracking bombs during handling.  The caps must never be removed'.

A.W. is a reference to the manufacturer (Allbright & Wilson).  The bombs/grenades consisted of a glass bottle containing yellow phosphorus, water, benzene and rubber, leaving a 10% airspace, sealed with a cork. When the bomb/grenade made contact with its target and shattered, this resulted in spontaneous ignition.  The rubber within the bomb was designed to dissolve during storage, thus creating a viscous sticky substance that would adhere to the target, causing greater damage.
The sign has some loss to the corners on the right hand side.  There is also some loss of enamel and corrosion but it remains largely intact and quite readable.  No attempt to clean it has been made and a little effort with car body polish would no doubt work wonders.  Stock code M25236. 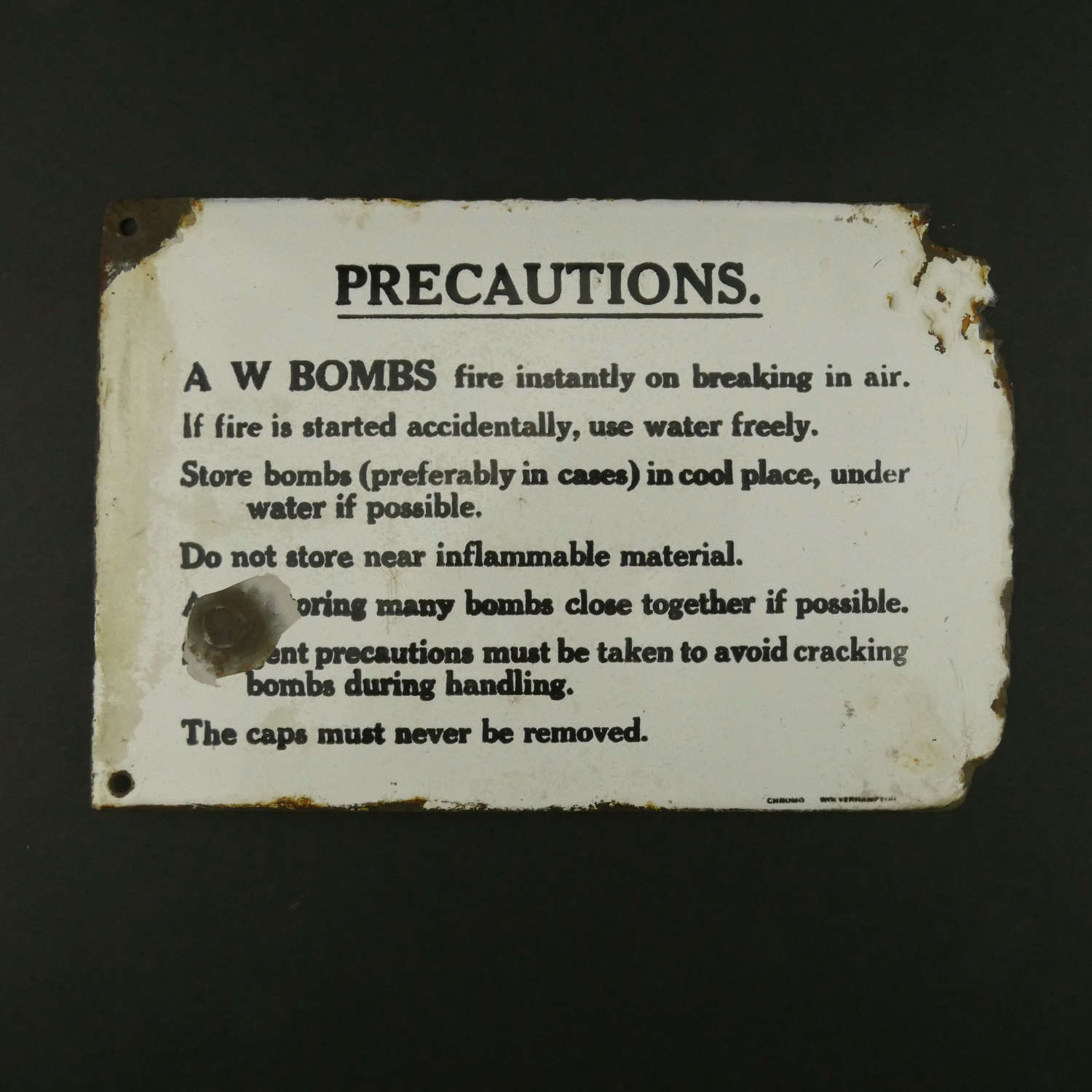 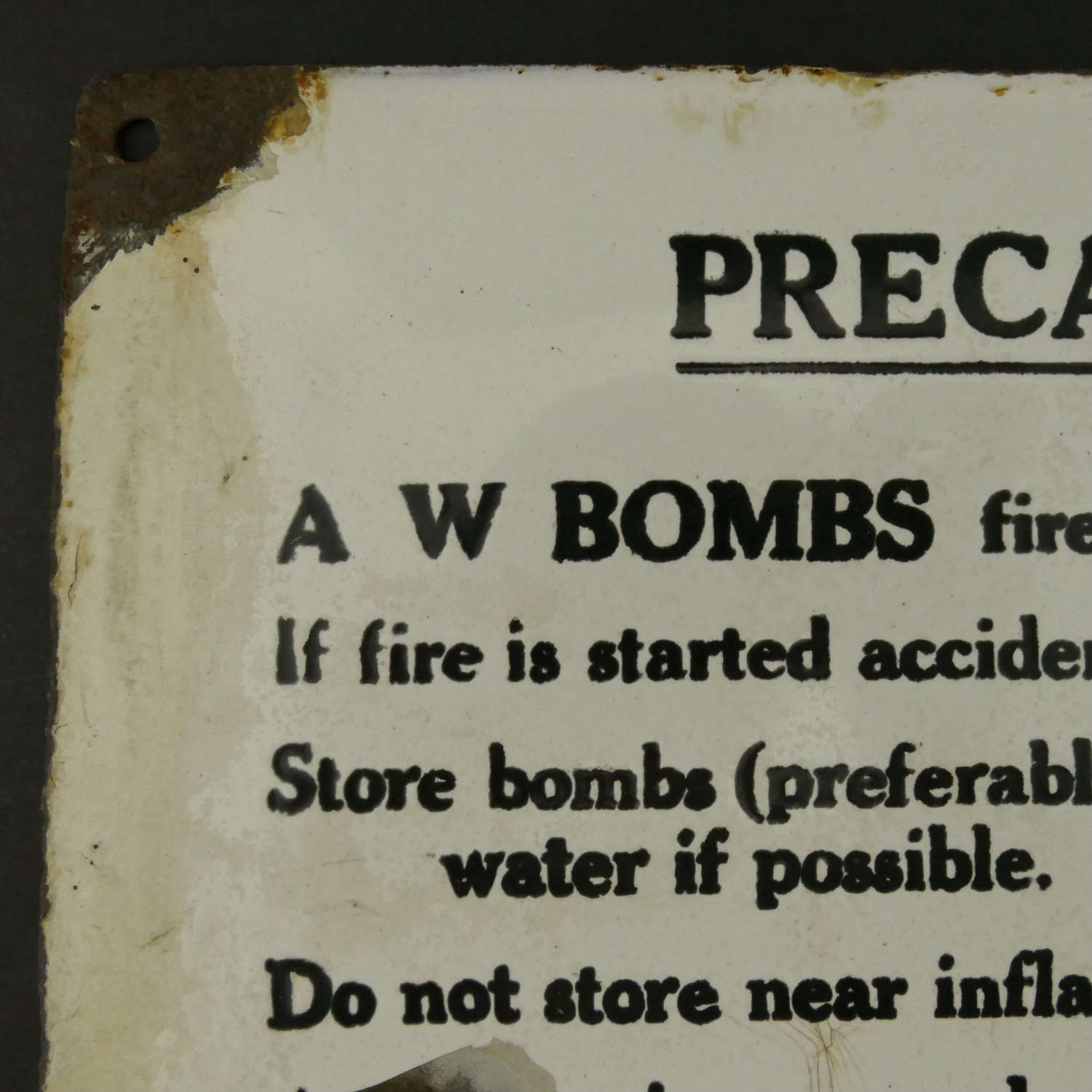 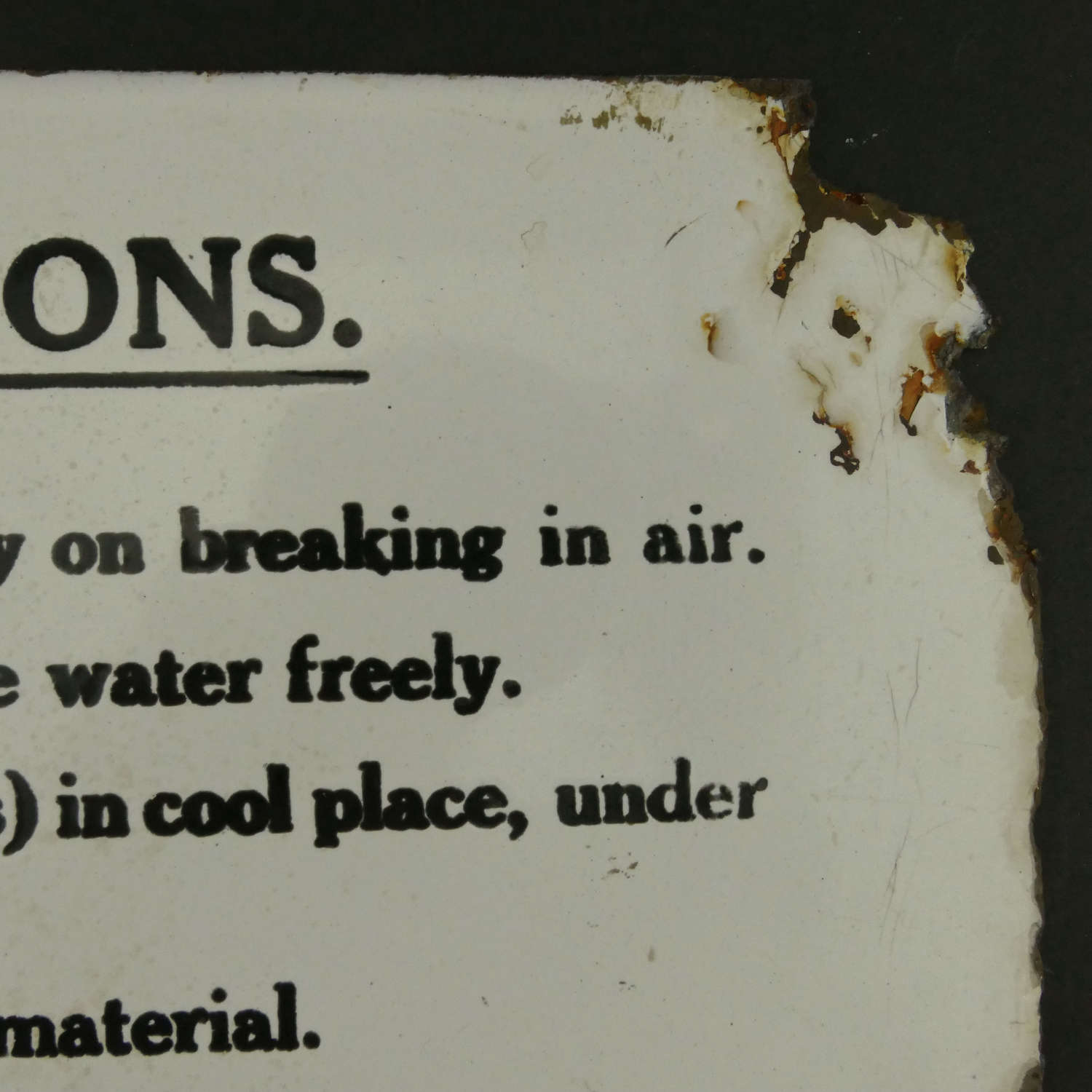 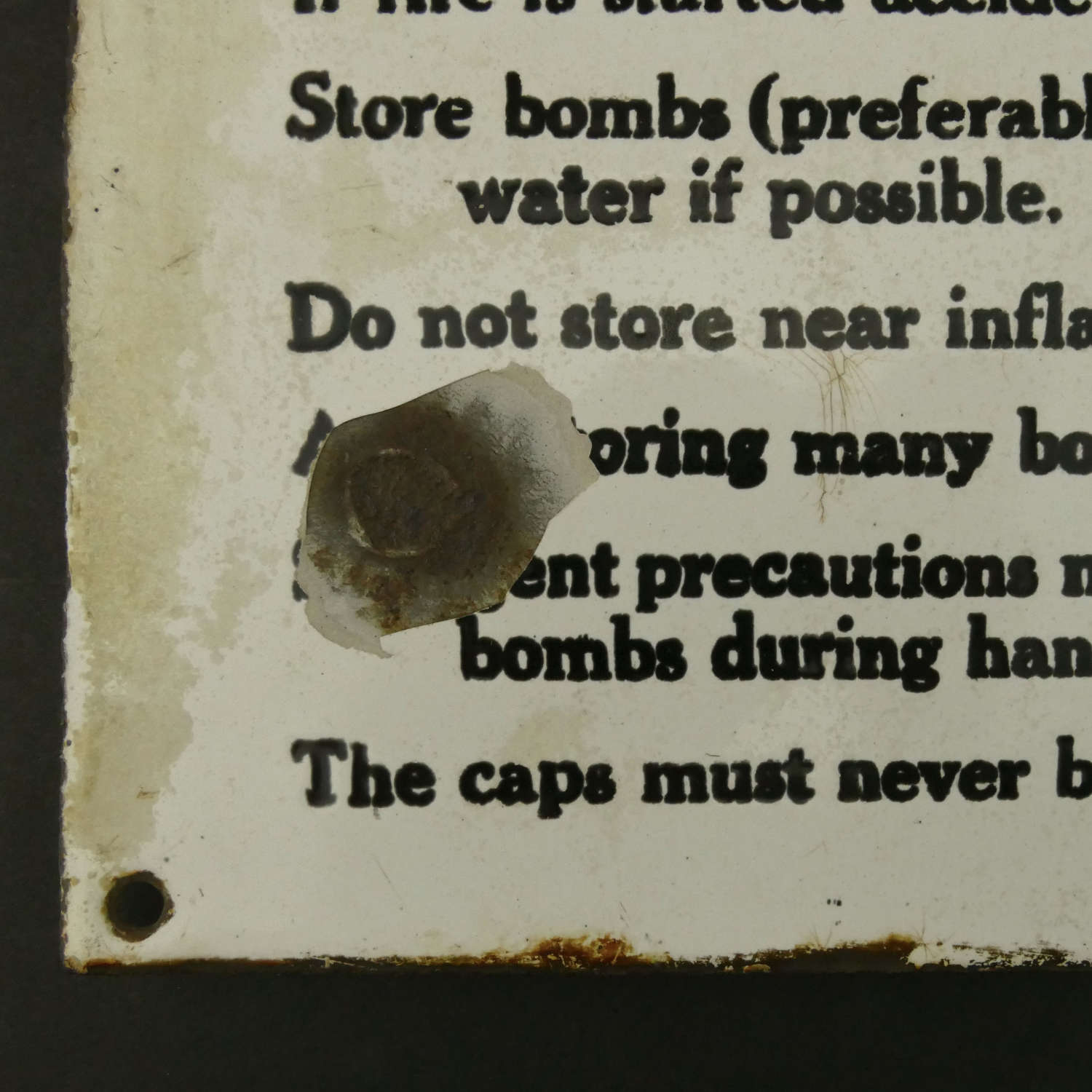 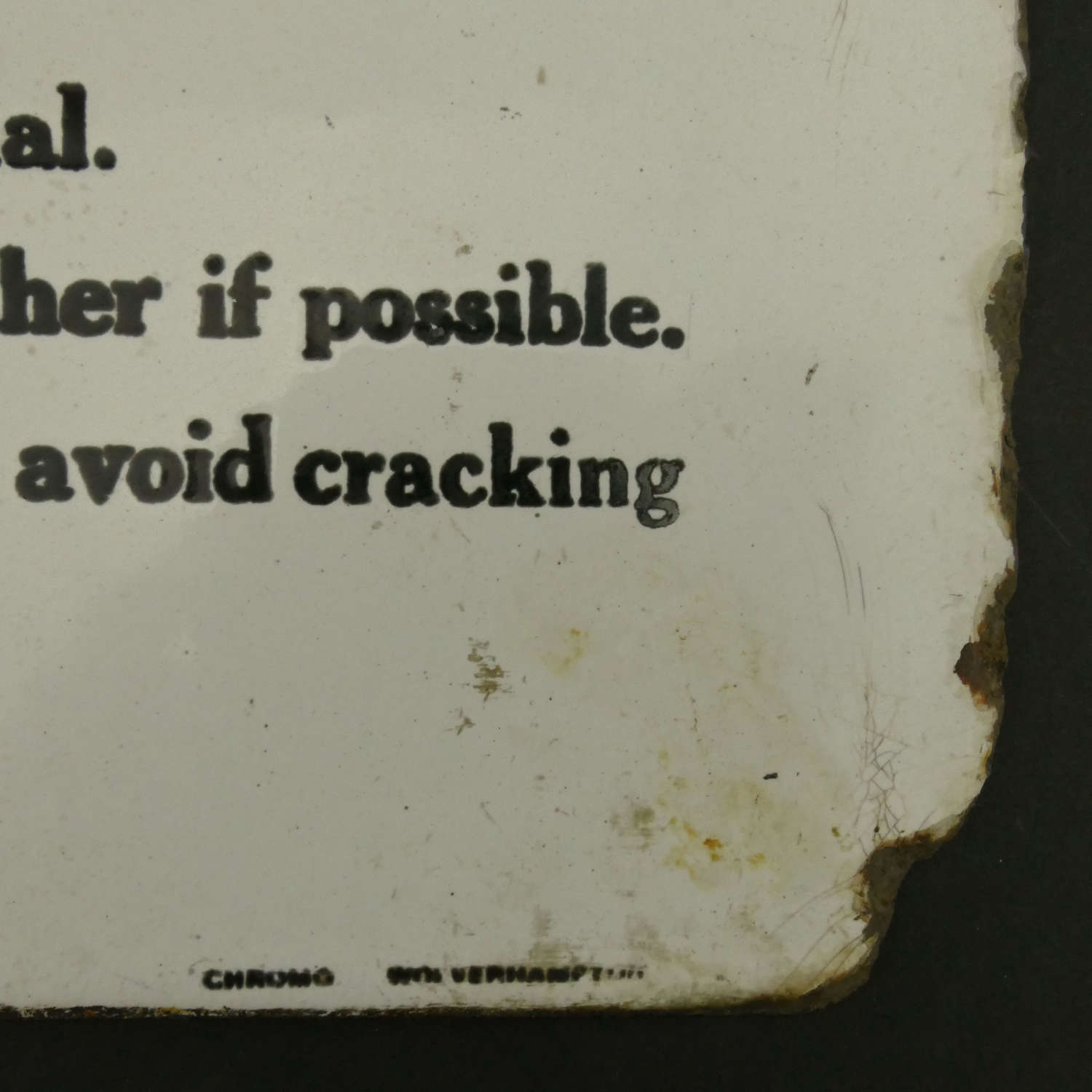 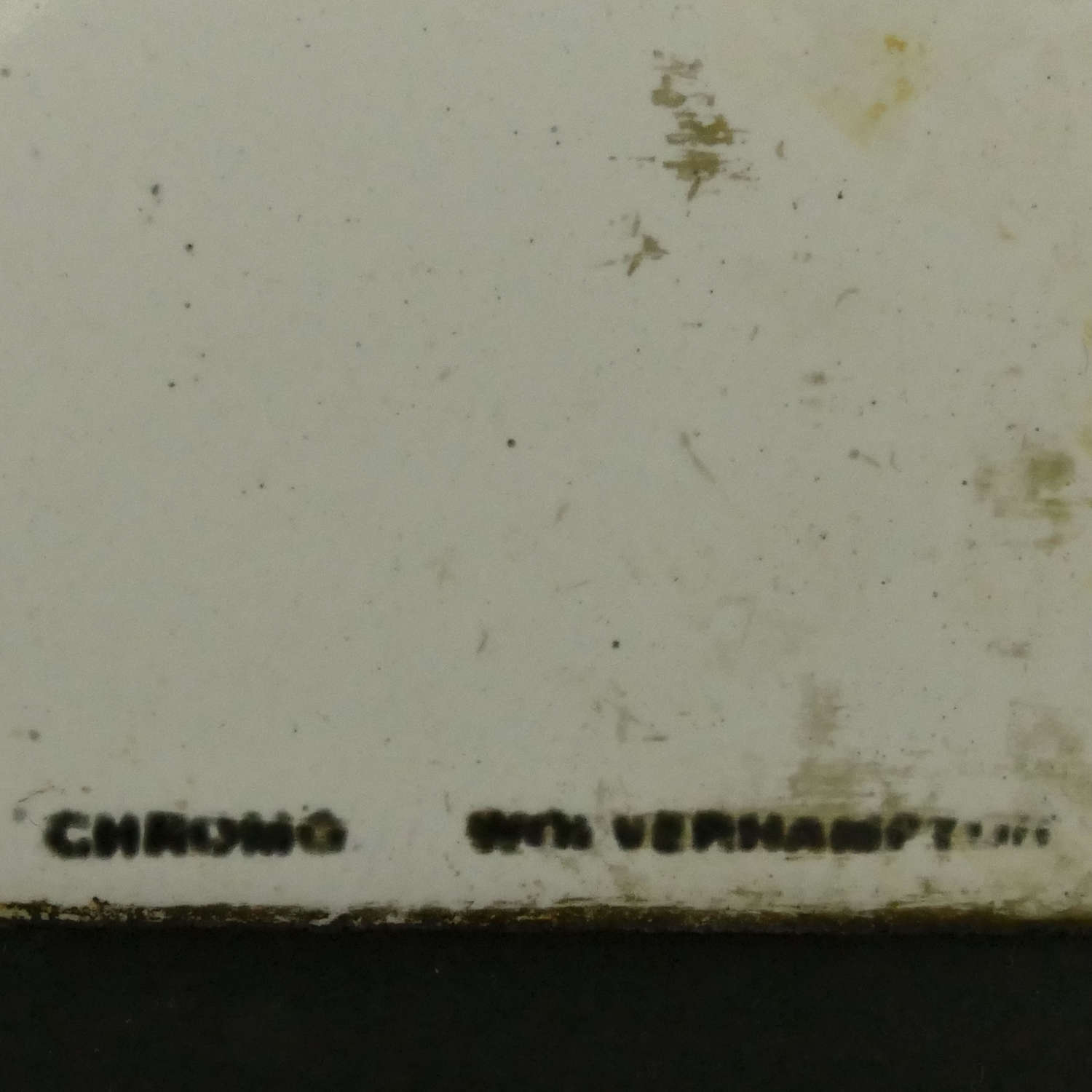 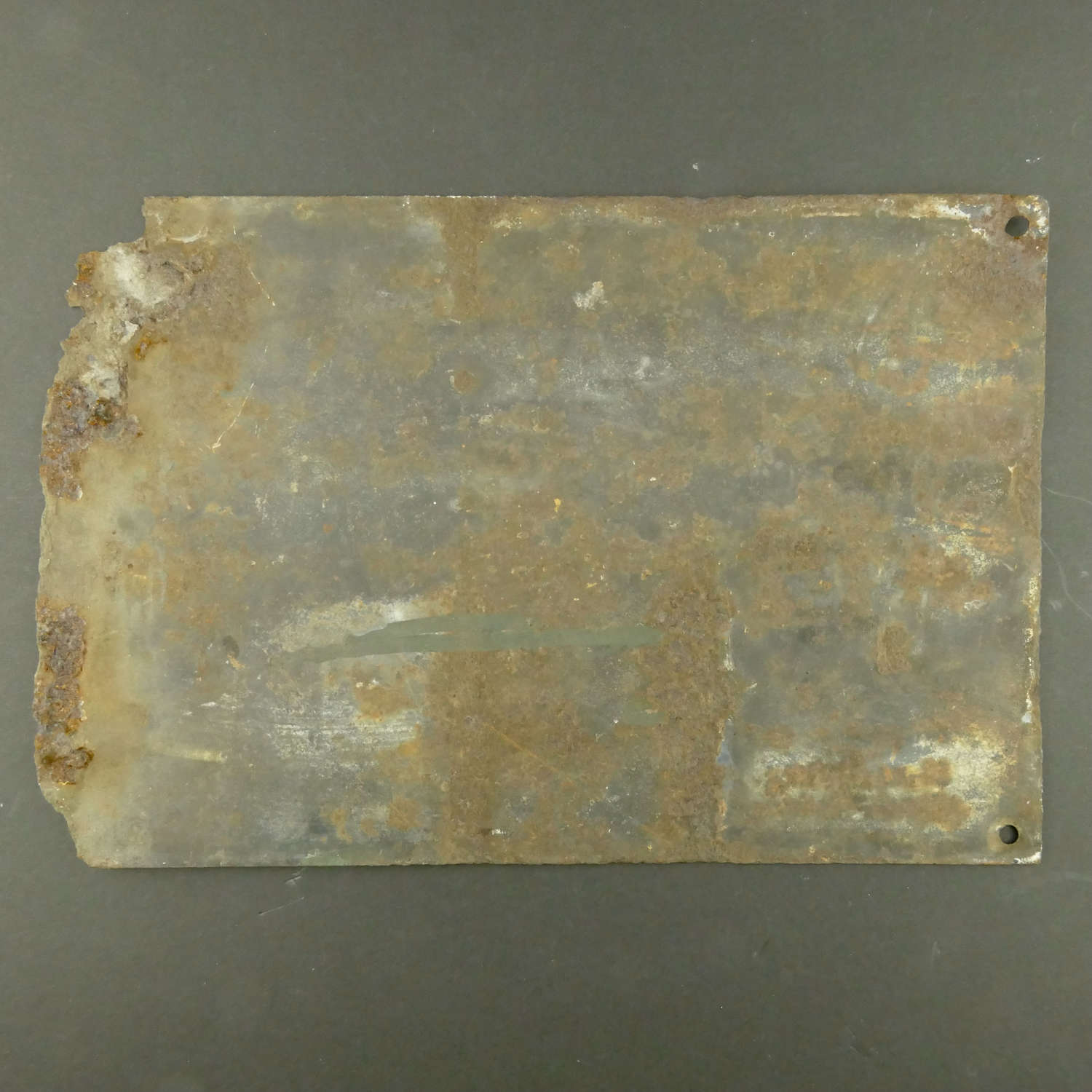