RAF Officers(Home Service) uniform items to the late Air Marshall Sir Geoffrey Ford KBE, CB, FREng.  He was born  on 6th August 1923 and educated at Lewes County School and selected for university under the wartime 'Hankey' scheme which identified school leavers with high potential within the sphere of science.  He attended Bristol University before joining the RAF via a direct entrance commission in October 1942.  He was immediately assigned to 75 Signals Wing, responsible for top secret air defence radar stations in the South East of England.  In 1944 he was transferred to Algeria in North Africa and later Italy, in command of a mobile radar unit responsible for the provision of air defence control for Allied fighter squadrons.  After the war he returned to Bristol to complete his degree, gaining a 1st class honours in Physics.  He continued work on Radar, specialising in guided missiles and serving as Chief Weapons Instructor at the RAF Technical College, Henlow.  He was made Director of Guided Weapons Development and involved with the introduction of both the Bloodhound and Rapier missile systems.  He was Chief Signals Officer RAF Germany from 1964 to 1968 and was then engaged in technical planning in the Ministry of Defence (MOD) until 1973, when he became Chief Engineer of Strike Command.  In 1976 he returned to the MOD with overall responsibility for the day to day technical efficiency of the RAF and two years later, was appointed Controller of Engineering and Supply, and Chief Engineer, RAF, in the rank of Air Marshall.  He retired in 1981 and died on April 1st 2007 at the age of 83.
We recently sold other uniform items belonging to Ford but the buyer decided not to have the No.1 uniform or greatcoat posted overseas due to the bulk and weight.  At his request we are now offering these items free of charge to a keen young collector (postage will be required unless collected). On offer is his post 1953 No.1 RAF Service Dress uniform (Home Service) comprised of his tunic tailored by Gieves, with ribbons for  KCB, CB, Italy star, Defence and War medals and Jubilee medal (1977).  The cuffs have Air Marshall rank lace.  The tunic has anodised Queen's crown (QC) buttons.  The belt and buckle shown in the photos are no longer present.  The manufacturer's label is named to Ford and 1965 dated.  It comes with matching trousers with similar label/date.   The luckly collector will also get Ford's Officer pattern Greatcoat tailored by Gieves, named to him and 1961 dated.  Please note that the Air Rank epaulettes/shoulder boards shown have been removed.  Overall condition is very good, the uniforms are clean and only have very minor moth damage.  If you are interested please enquire via email or phone and we will select the most deserving candidate.  Stock code U25428+. 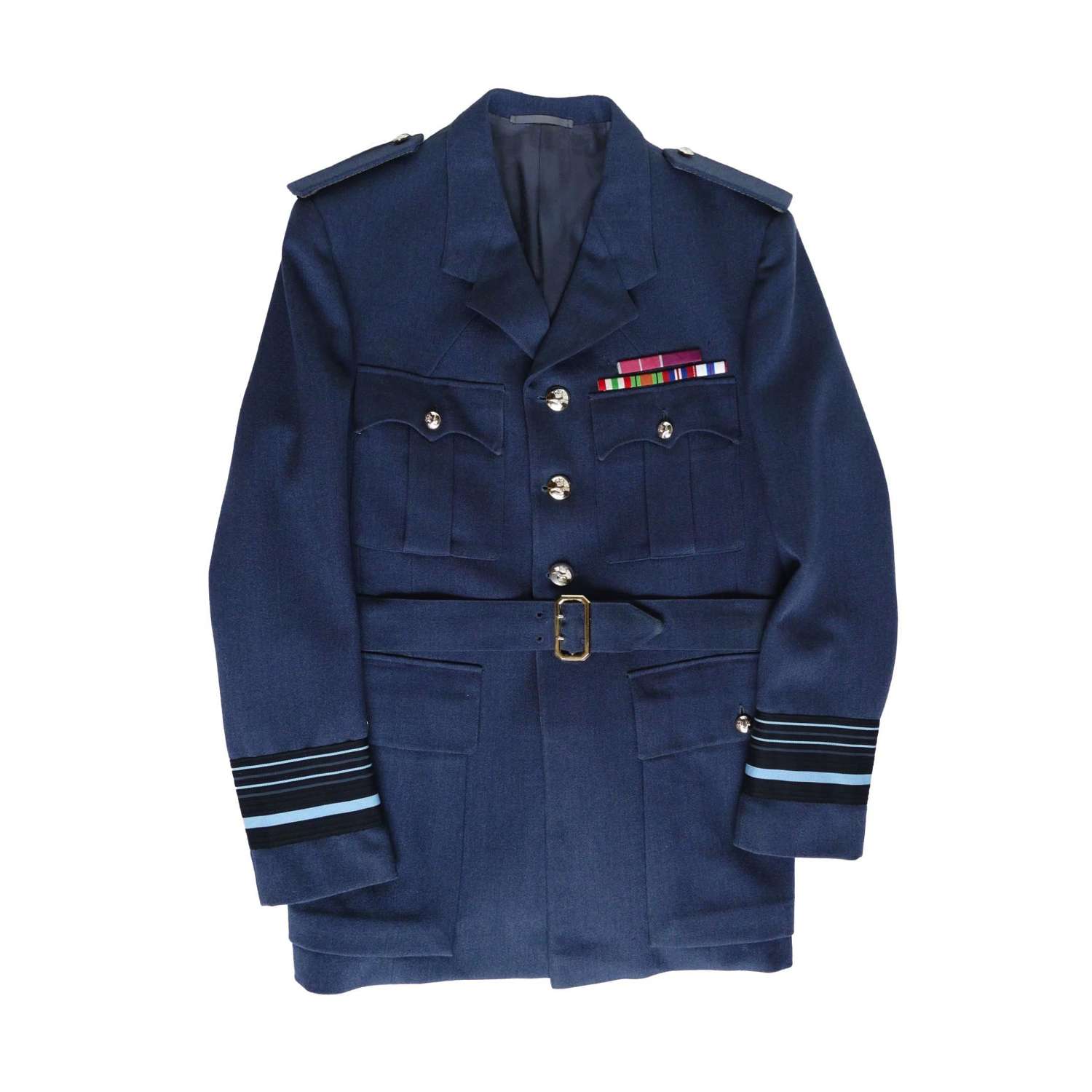 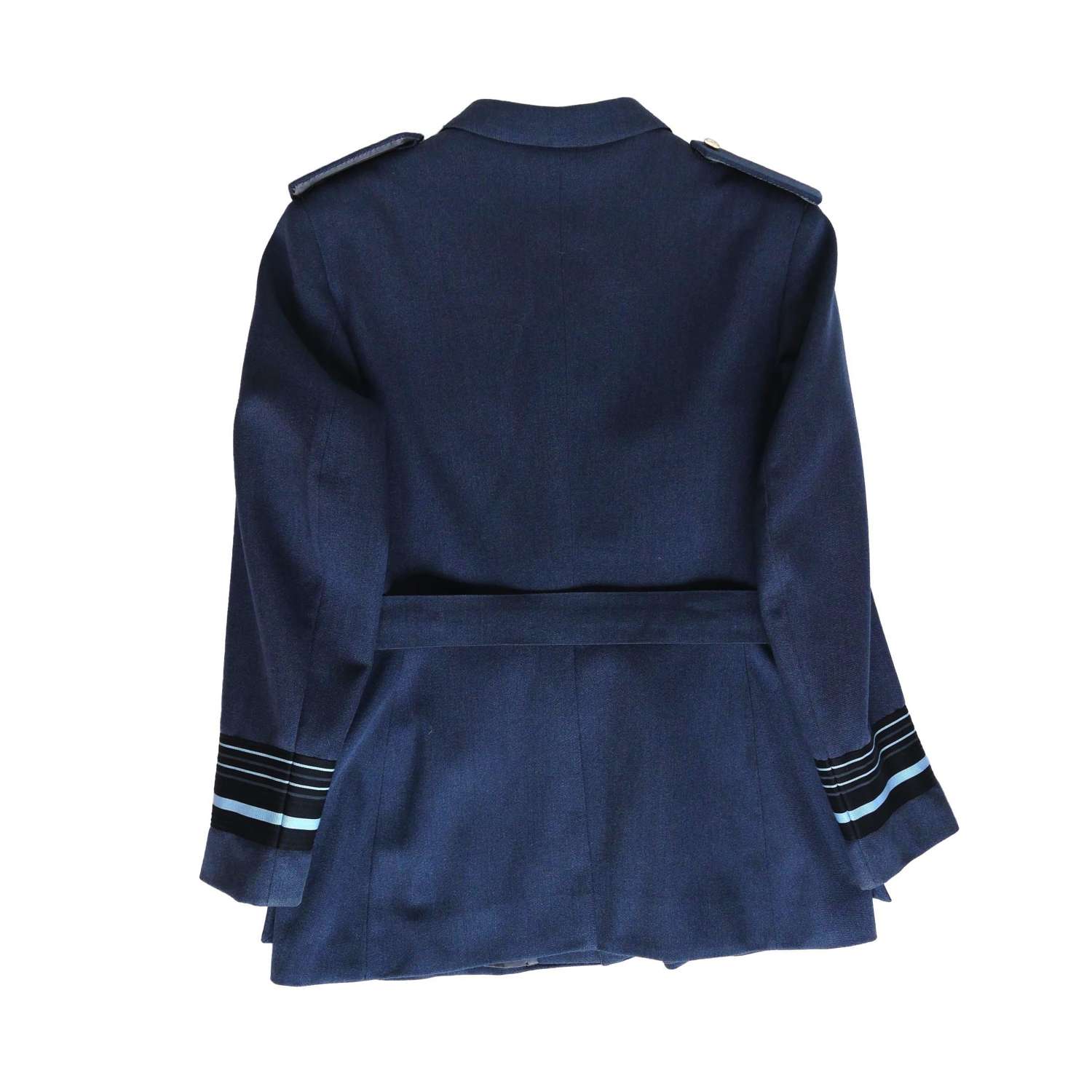 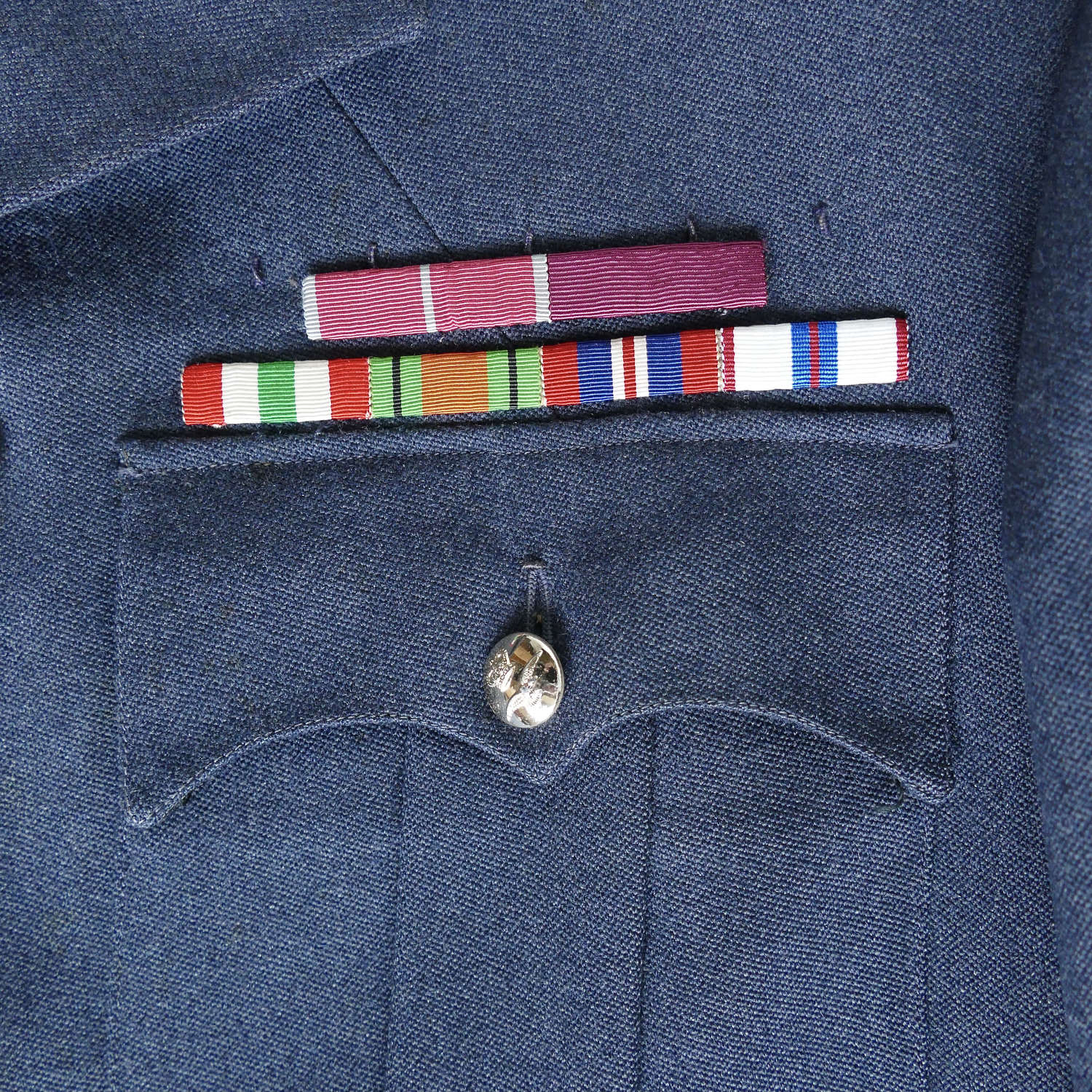 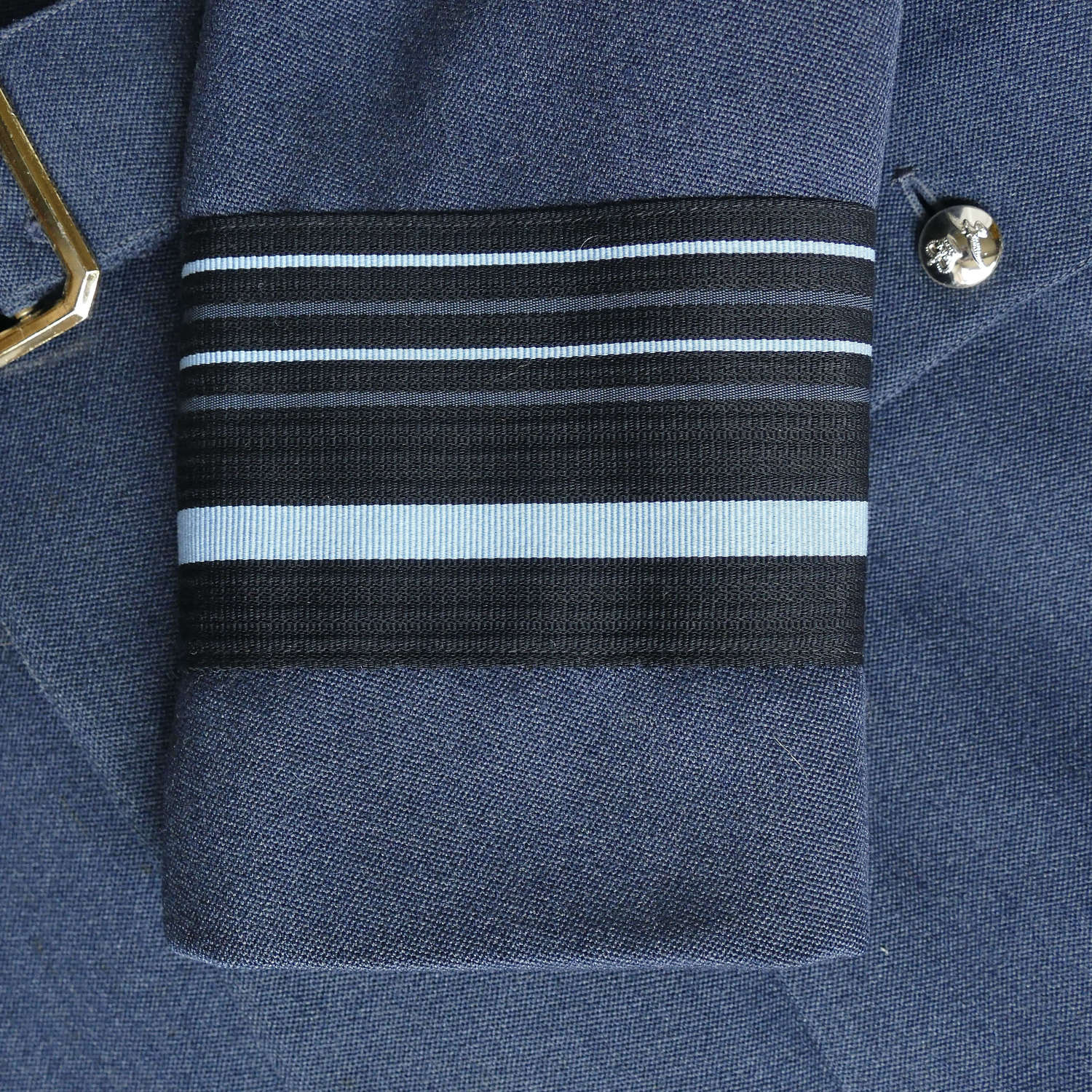 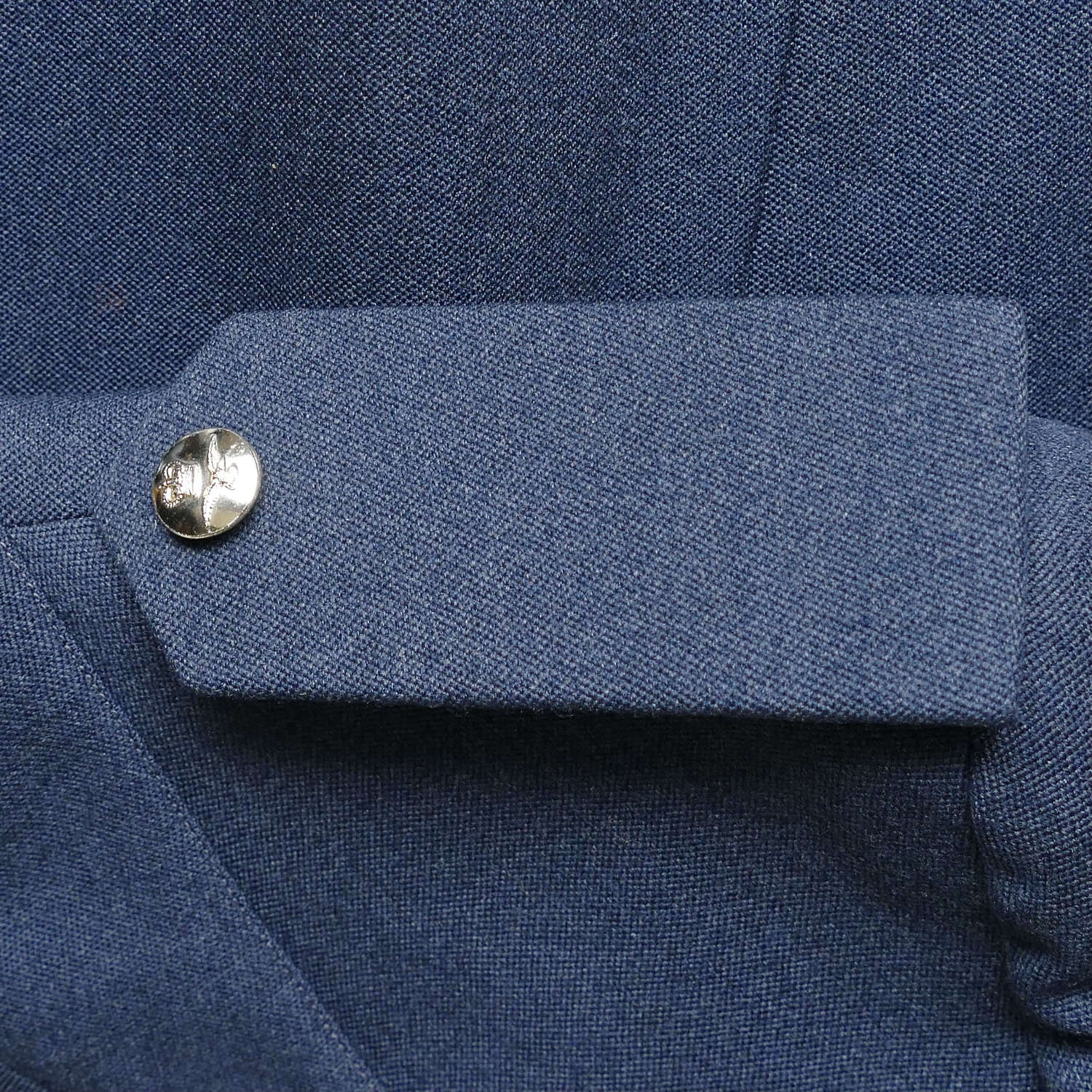 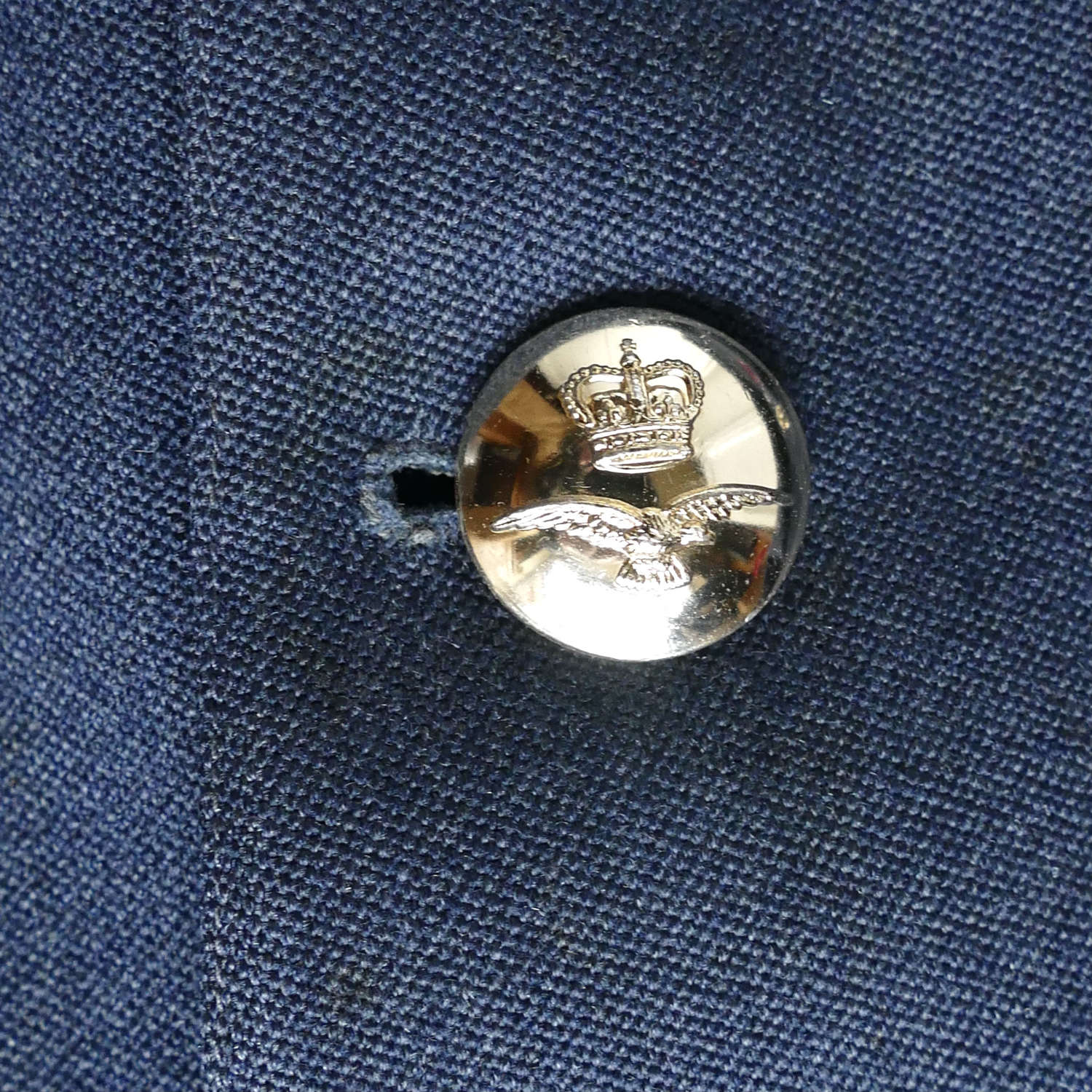 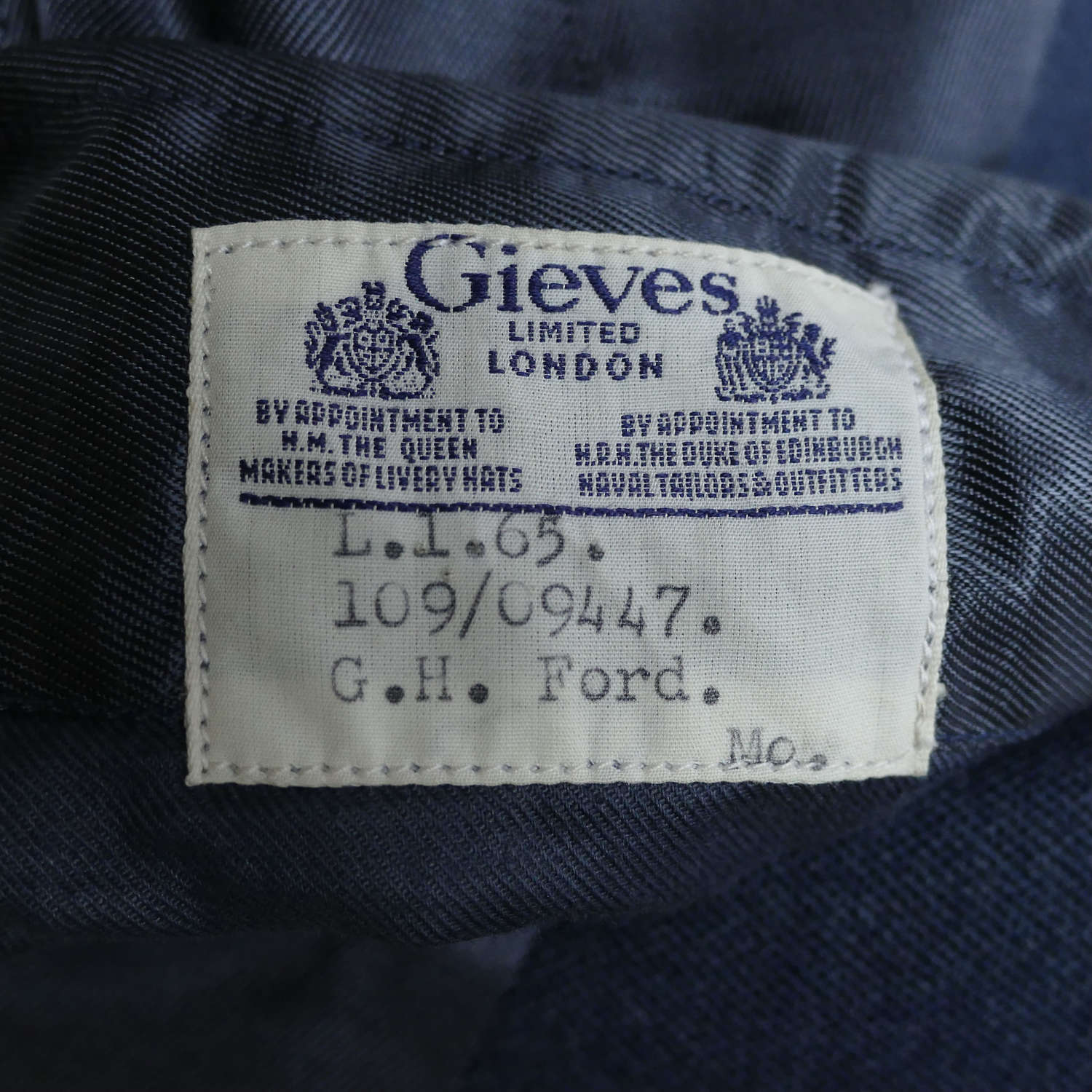 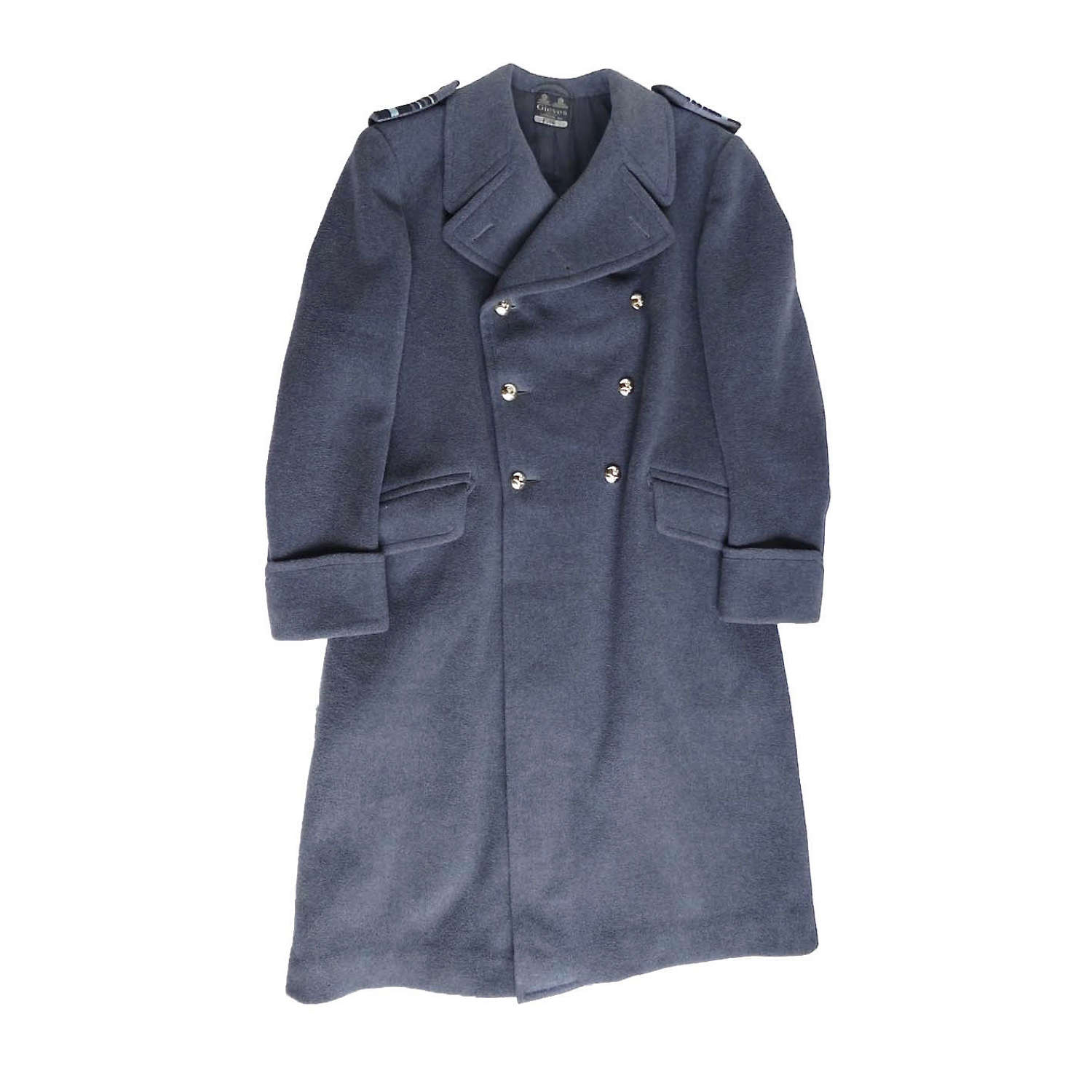 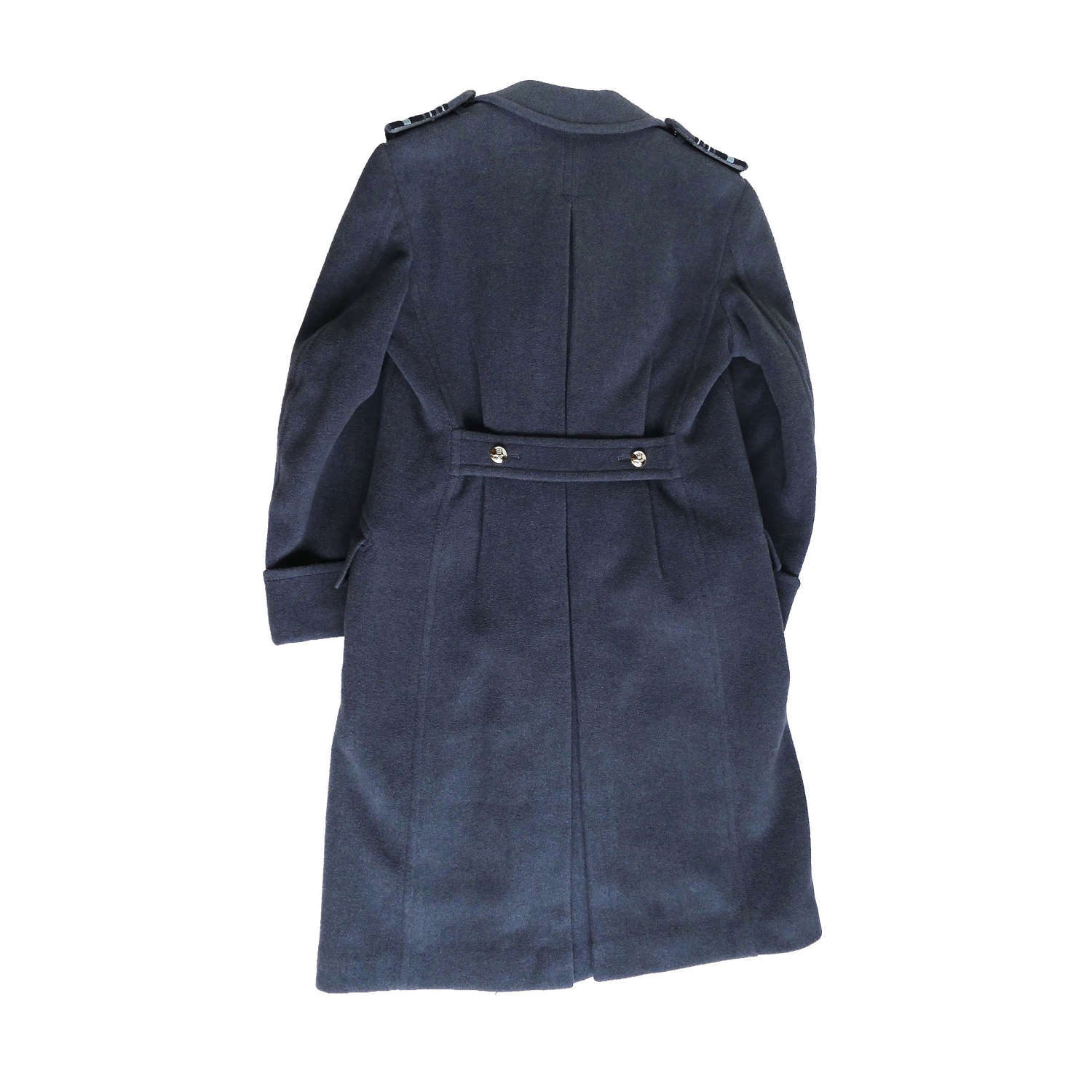 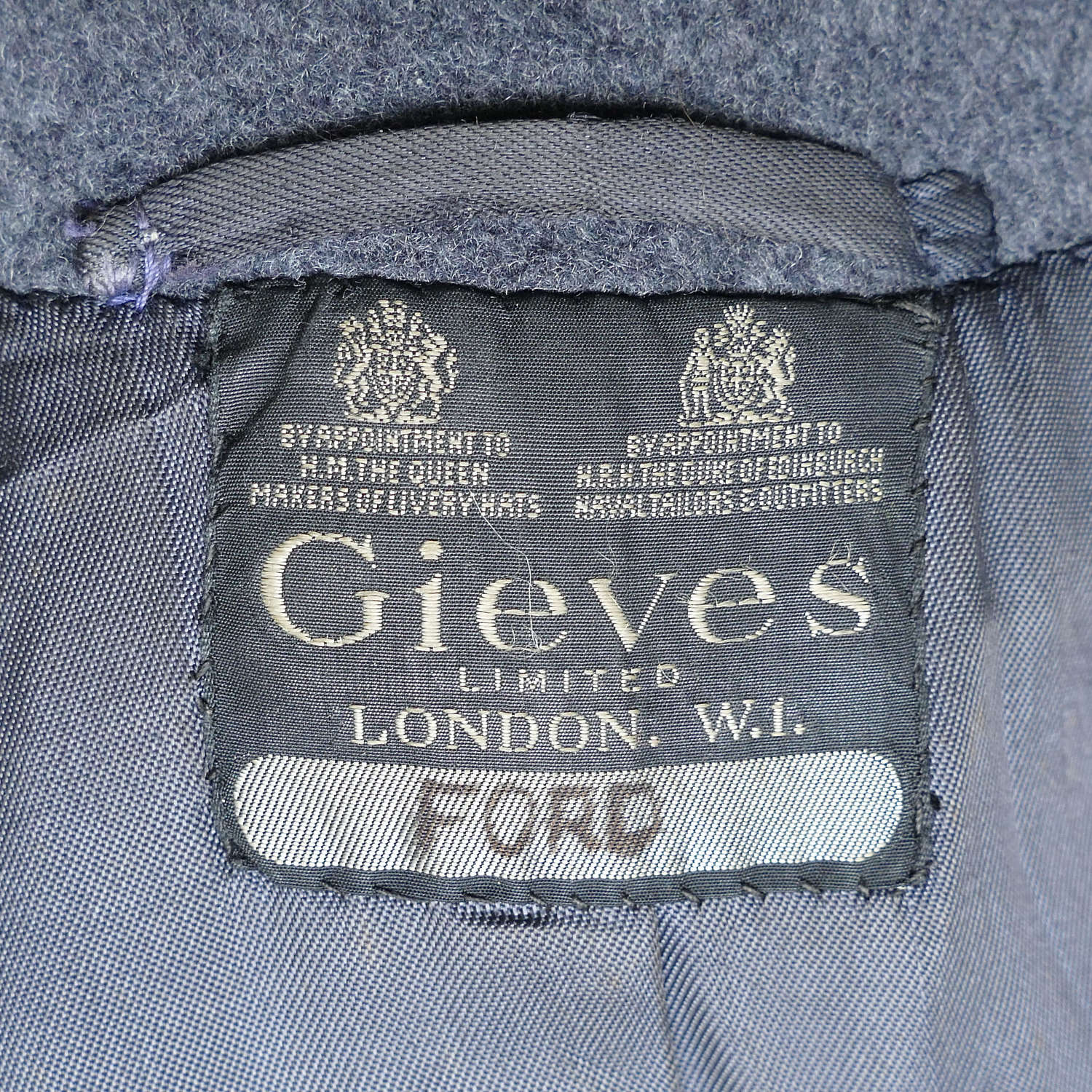 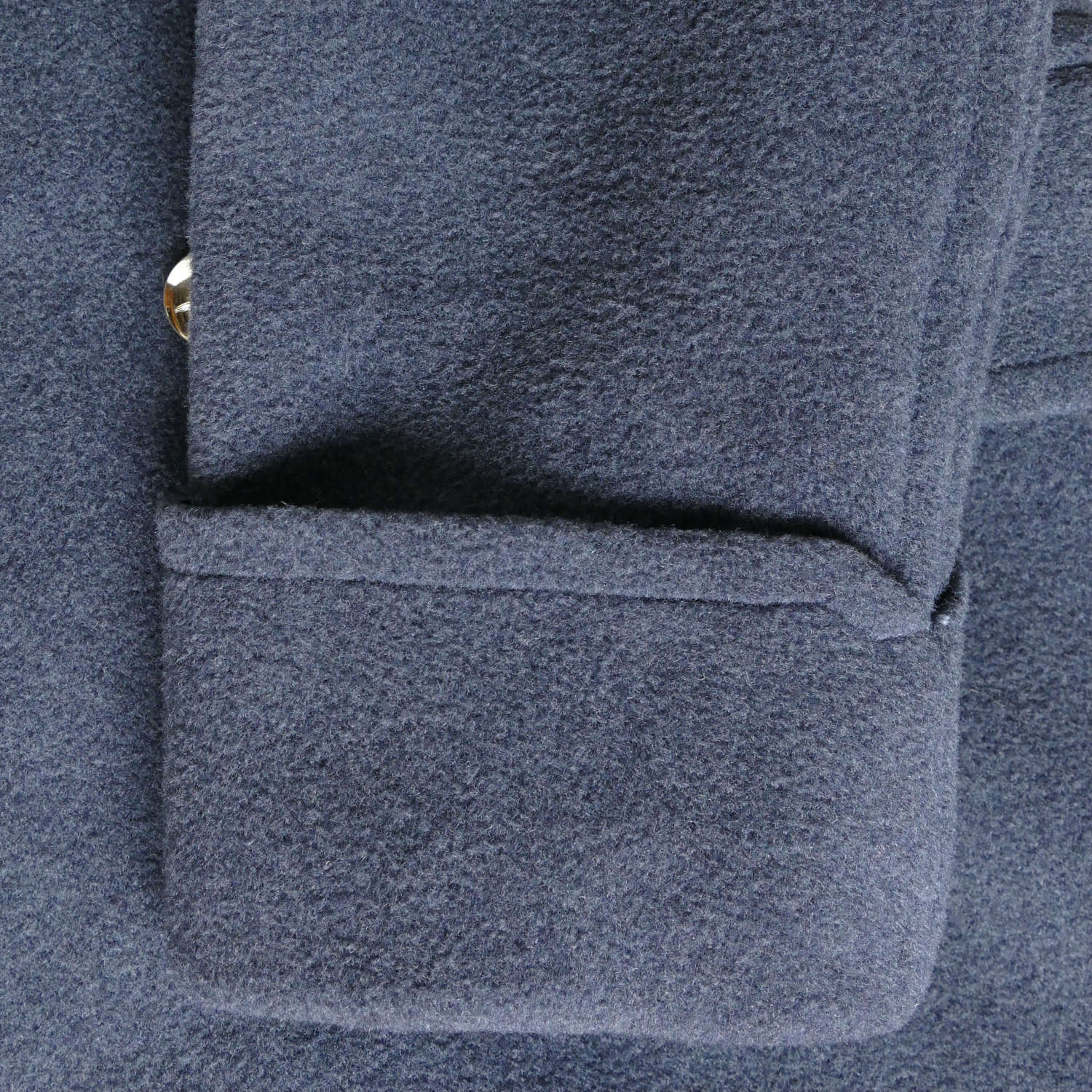 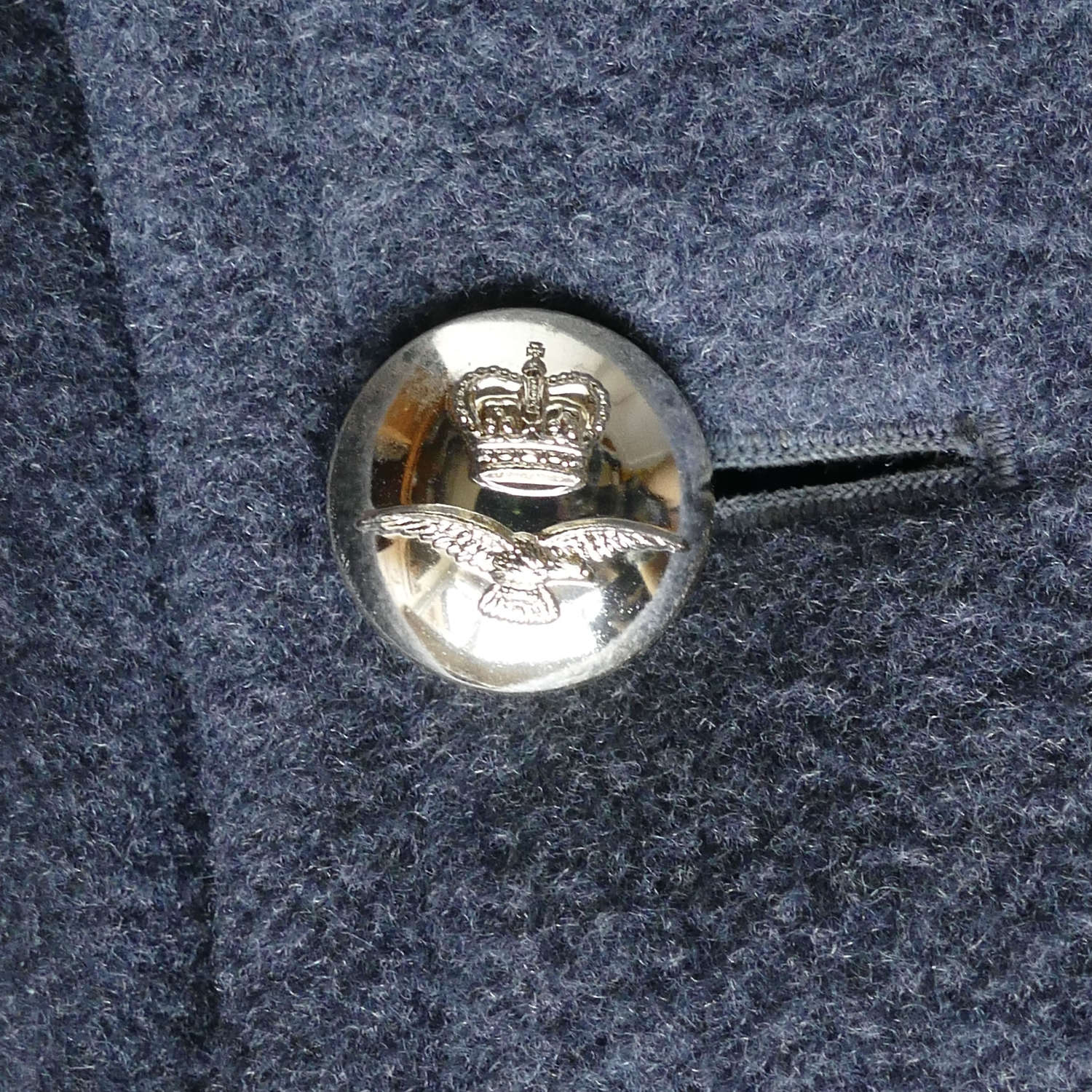 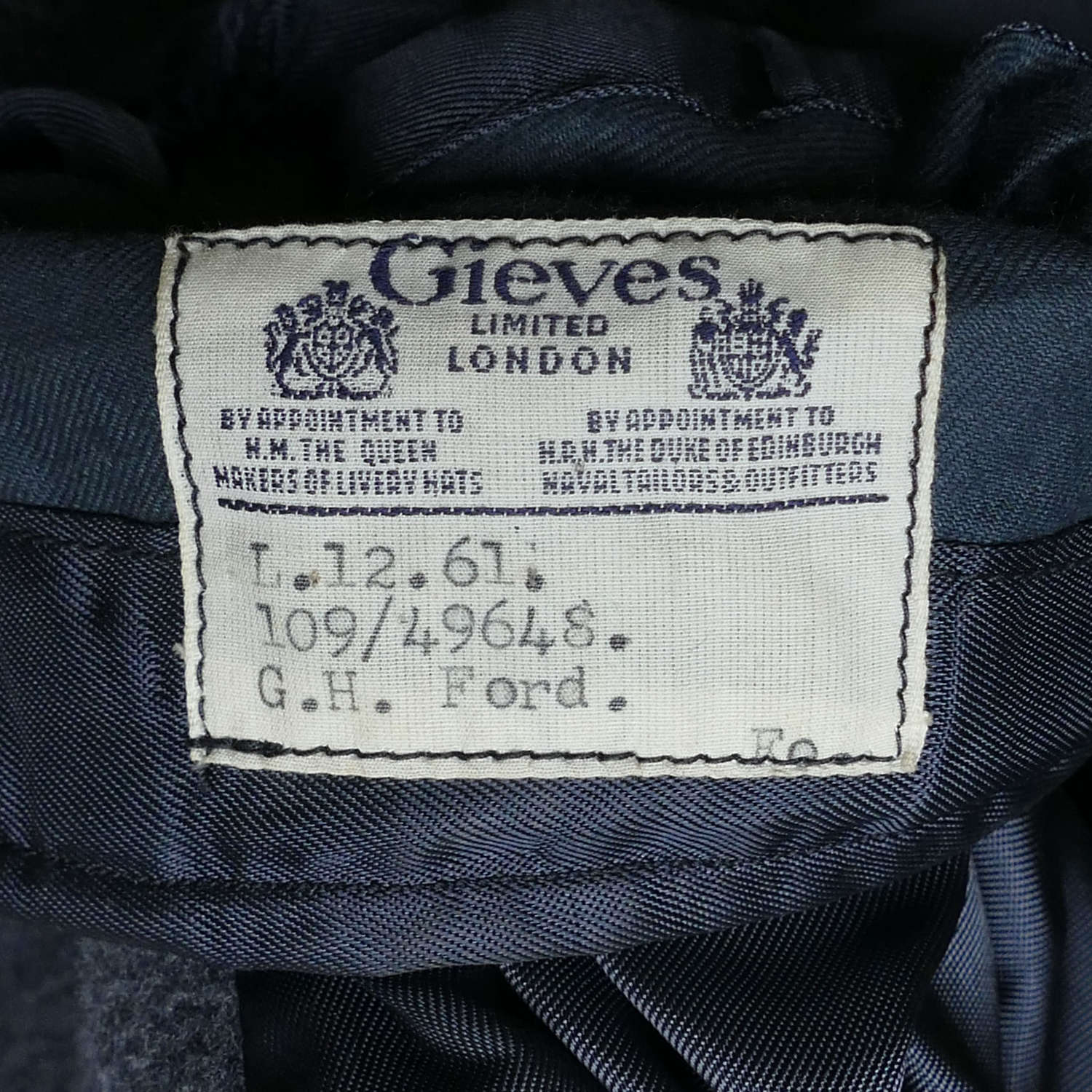