Original 258 Squadron photograph c. mid 1941.  Approximately 20 x 14cm.  It shows members of 258, the first unofficial RNZAF fighter squadron, in front of a Hawker Hurricane fighter with NZ fern badge.  Looking closely at the image you can also see the NZ fern badge on the breast pockets of at least 11 men, along with Czech and Polish badges on others.  The pilot on the far right of the front row has been identified as Henry Augustine Dobbyn.  He flew with 258 from October 1940 until he was shot down and killed over Jakarta on 25th February 1942.  Seated fourth from the right on the second row is  Battle of Britain pilot Group Captain George ffolliott Powell-Shedden DSO, DFC.  He was born at Cowes, Isle of Wight, on 1st April 1916, the son of Colonel Richmond Powell, Royal Artillery, and was educated at Wellington College where he became a Sergeant in the Officers' Training Corps before securing a place at Cranwell in 1935.  He served with 47 & 33 squadrons in the Middle East until June 1940, when he returned to the UK and served as flight commander in Group Captain Douglas Bader's 242 Squadron at Coltishall.  He displayed great flying skills, operational brilliance and discipline, resulting in a shared 'kill' of a Do17 in August 1940, a Bf109 on the 7th September and another Do17 on the 9th.  On 15th September he destroyed another Do17 and shared one more.  Following this he was shot down by Bf109s over Rye and had to bail out.  During this his foot was caught in the canopy and he struggled to exit the fighter as it rapidly lost alititude.  At 1500' he managed to dislodge his shoe (stubbornly worn by Powell-Shedden in preference to boots) and fall clear.  He just managed to clear some high tension cables and landed safely, albeit with a dislocated shoulder that was treated at Rye hospital.  His Hurricane, P2884, crashed at Church Farm, Udimore.  In November 1940 he was posted as Flight Commander to 258 Squadron.  In 1941 he was moved to the Mediterranean where he commanded a new night fighter squadron during the siege of Malta.  On August 11th 1941 he damaged a Fiat BR20, on the 26th shared in damaging two more Fiat BR20s and on 26th, destroyed a Cant Z1007.  In December he was promoted to Acting Wing Commander and awarded the DFC.  In 1944 he commanded 29 Squadron at West Malling, flying Mosquitos on Intruder missions against Luftwaffe night fighters over France before and after D-day.  Post WW2 he competed in the British bobsleigh team in the 1948 Winter Olympics and commanded RAF Jever, West Germany.  He then served on the staff of NATO's headquarters in Naples before taking early retirement in 1961.  It is thought that he would have risen to higher ranks had it not been for his lifelong pronounced stammer.  With at least four enemy aircraft destroyed, four shared 'kills' and one 'damaged', Powell-Shedden was familiar to many during the war as his photograph was used by the Air Ministry as part of a recruiting campaign.  He then worked at the stock exchange for next 20 years and died of a stroke on October 31st 1994 at the age of 78.  The photograph is in a simple glazed wooden frame with brown paper on the back inscribed 'Group Capt. G.ff. Powell-Shedden D.S.O. D.F.C. Middle Row 4th from left'.  This came in with other items relating to Powell-Sheddon.  Interestingly there is no photograph of him in the excellent 'Men of the Battle Britain' book.  The photograph has not been removed from the frame but the rear of the glass is dusty/marked and would benefit from cleaning.  Stock code H26383. 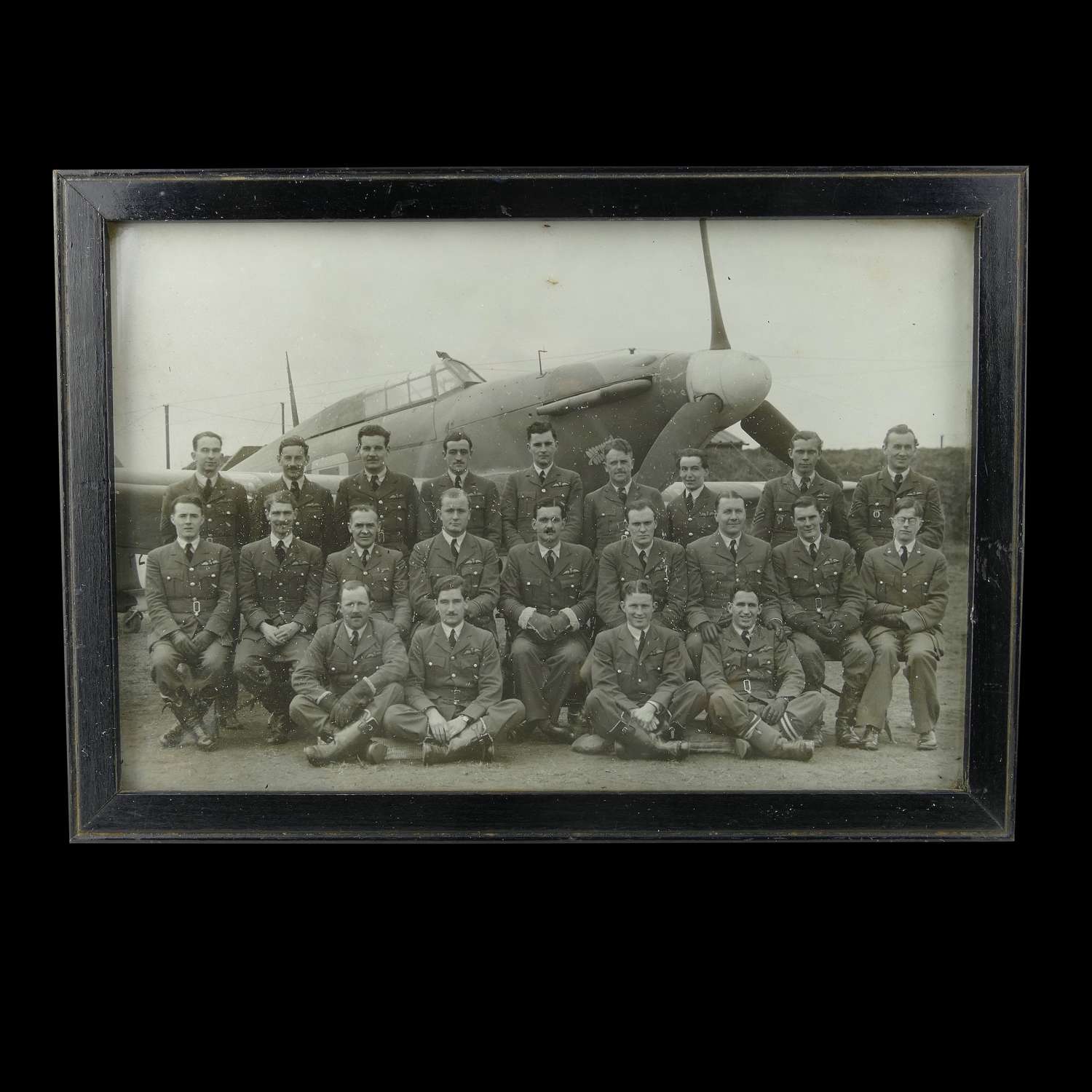 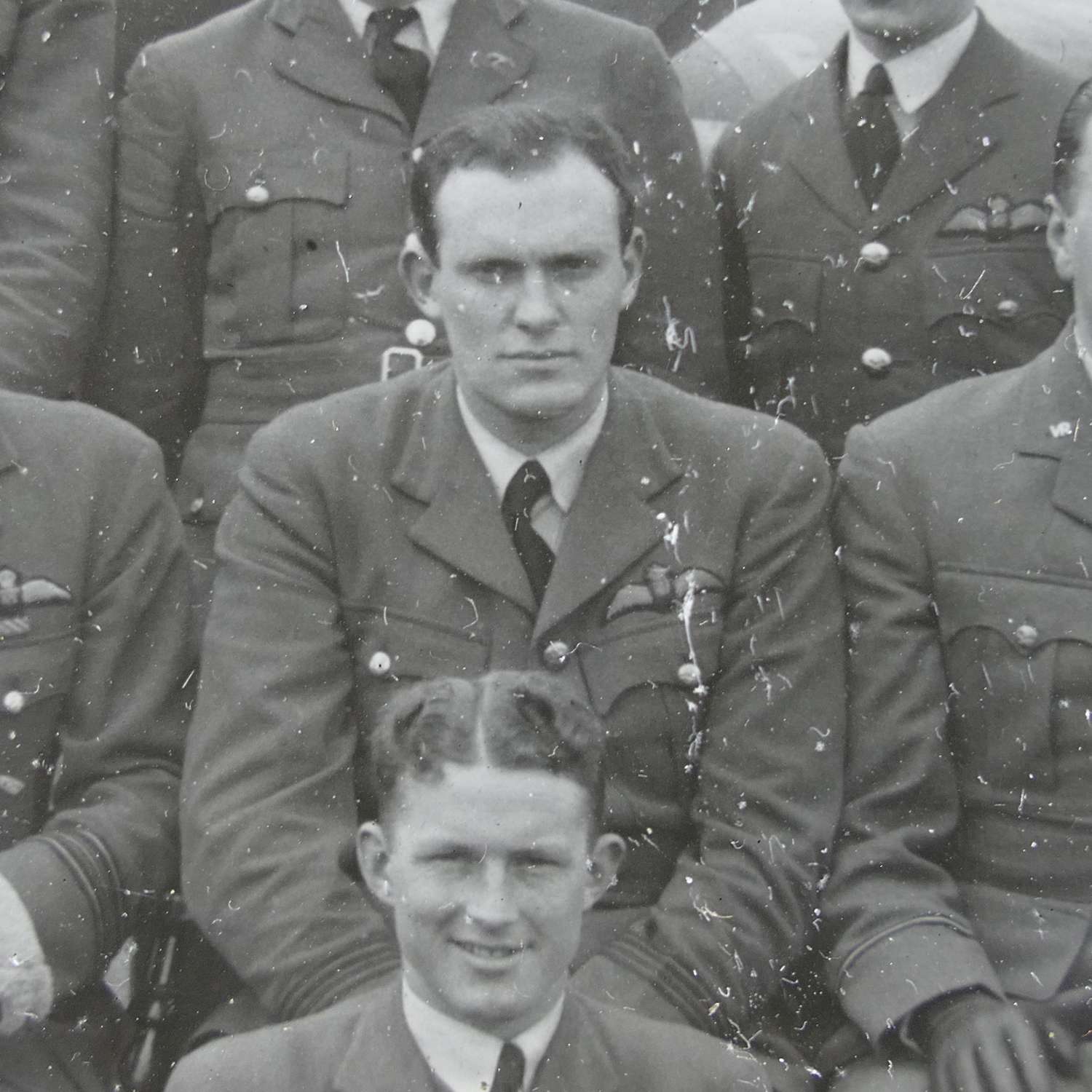 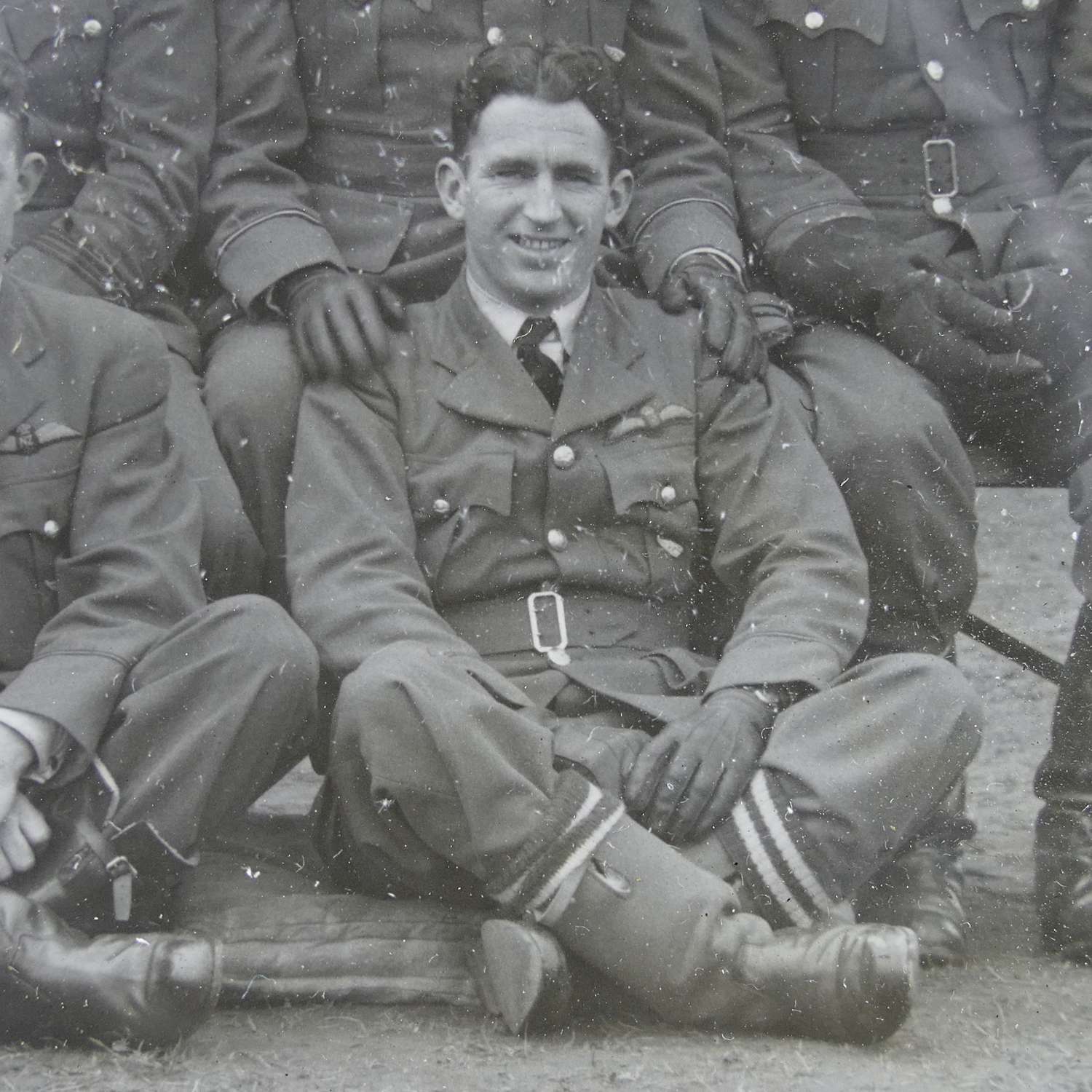 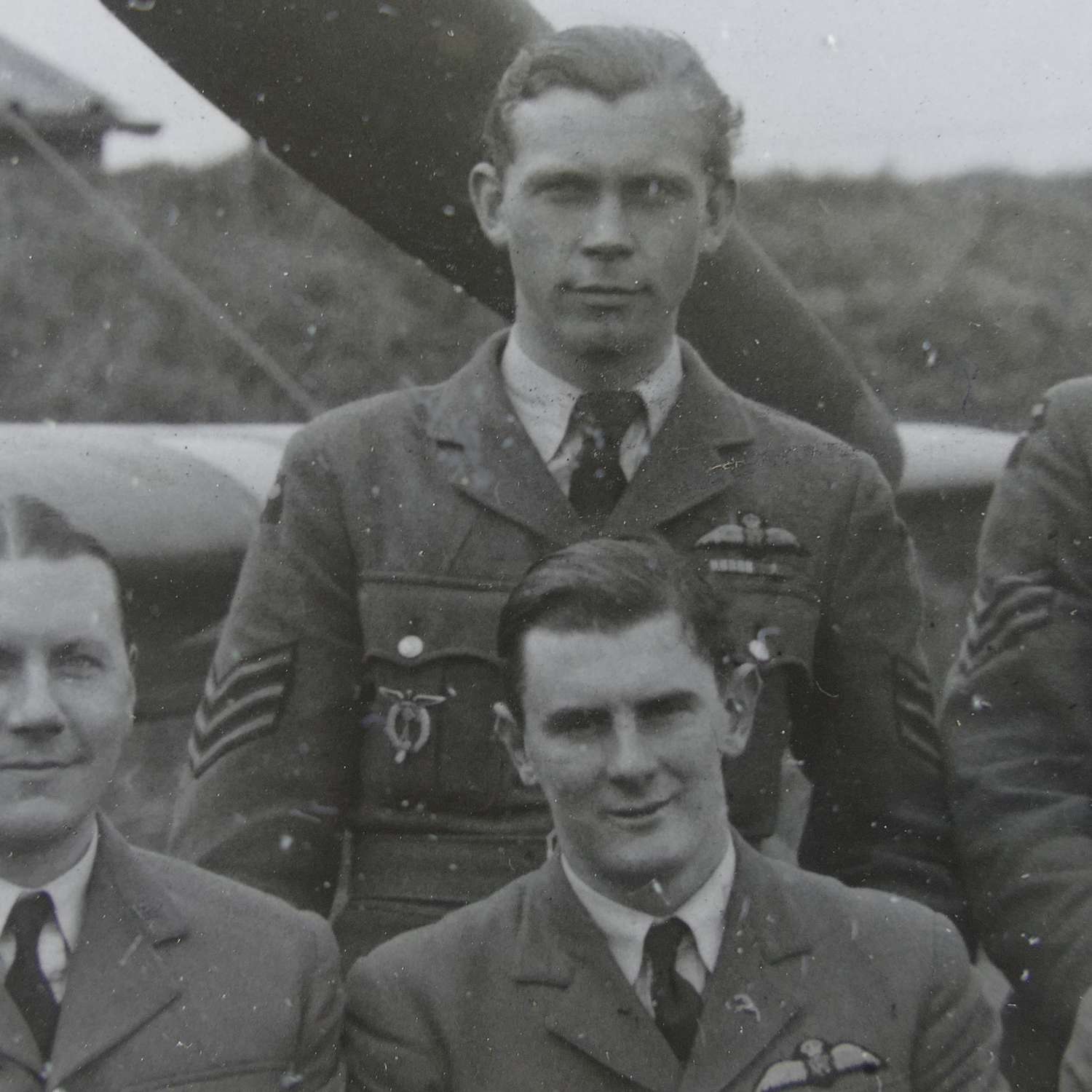 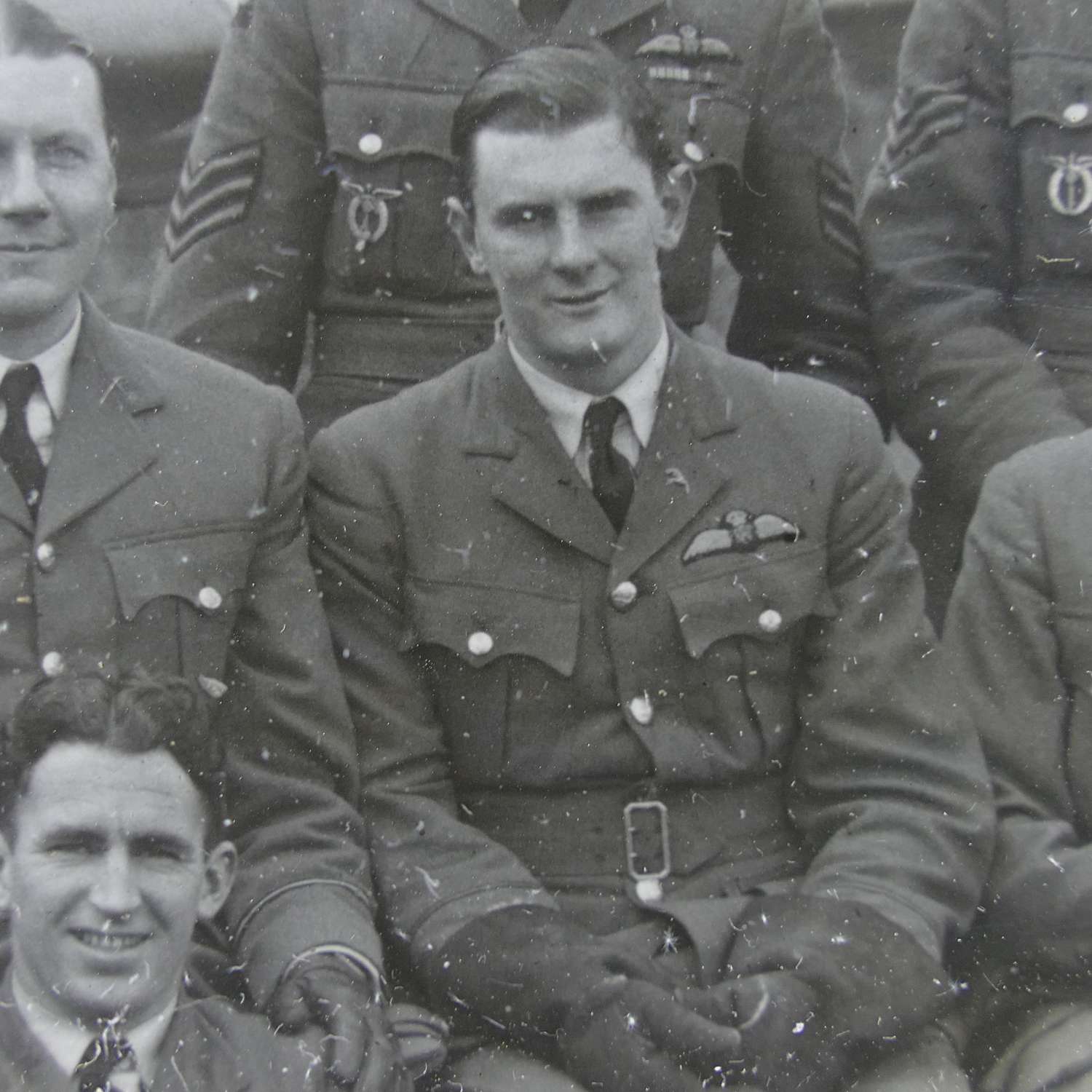 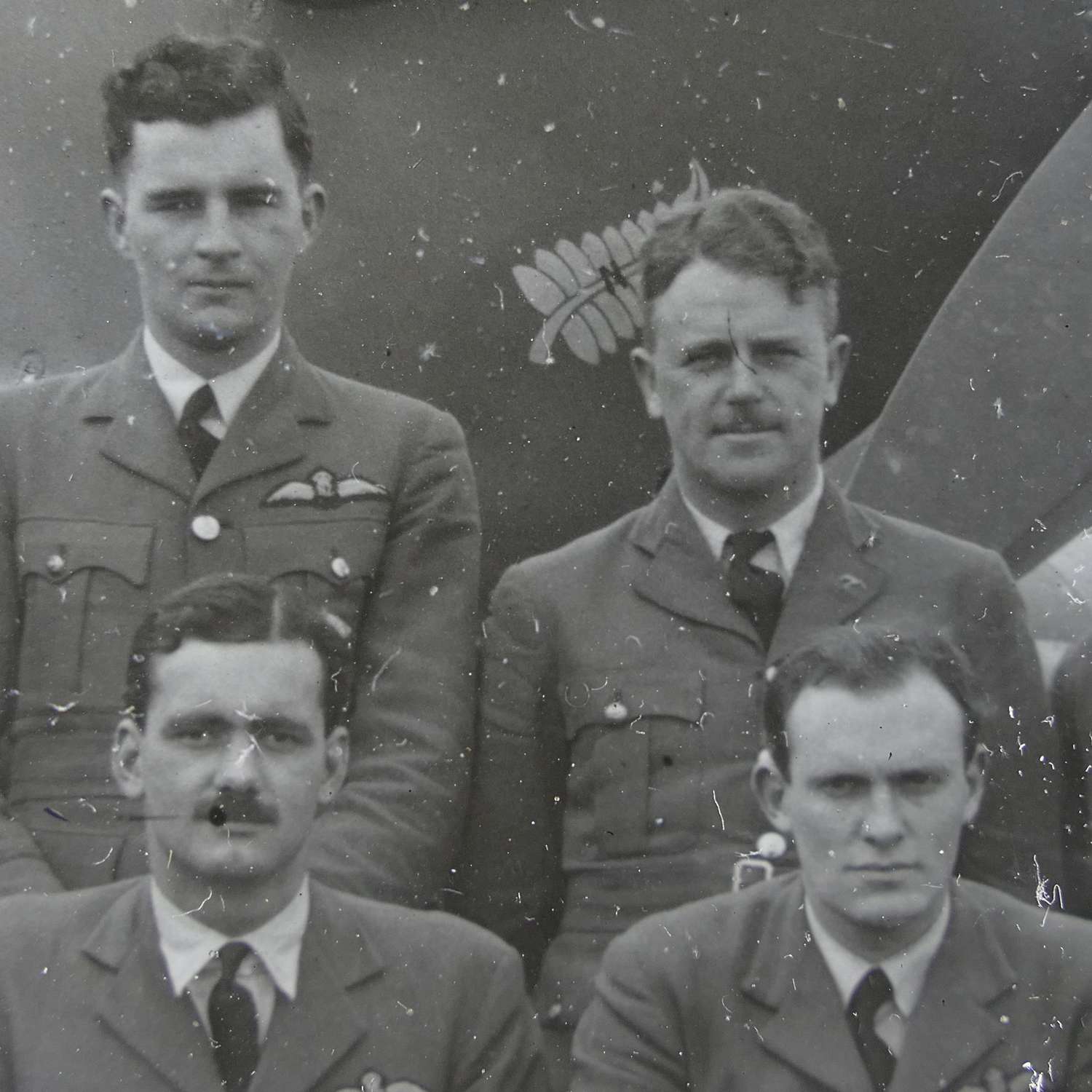 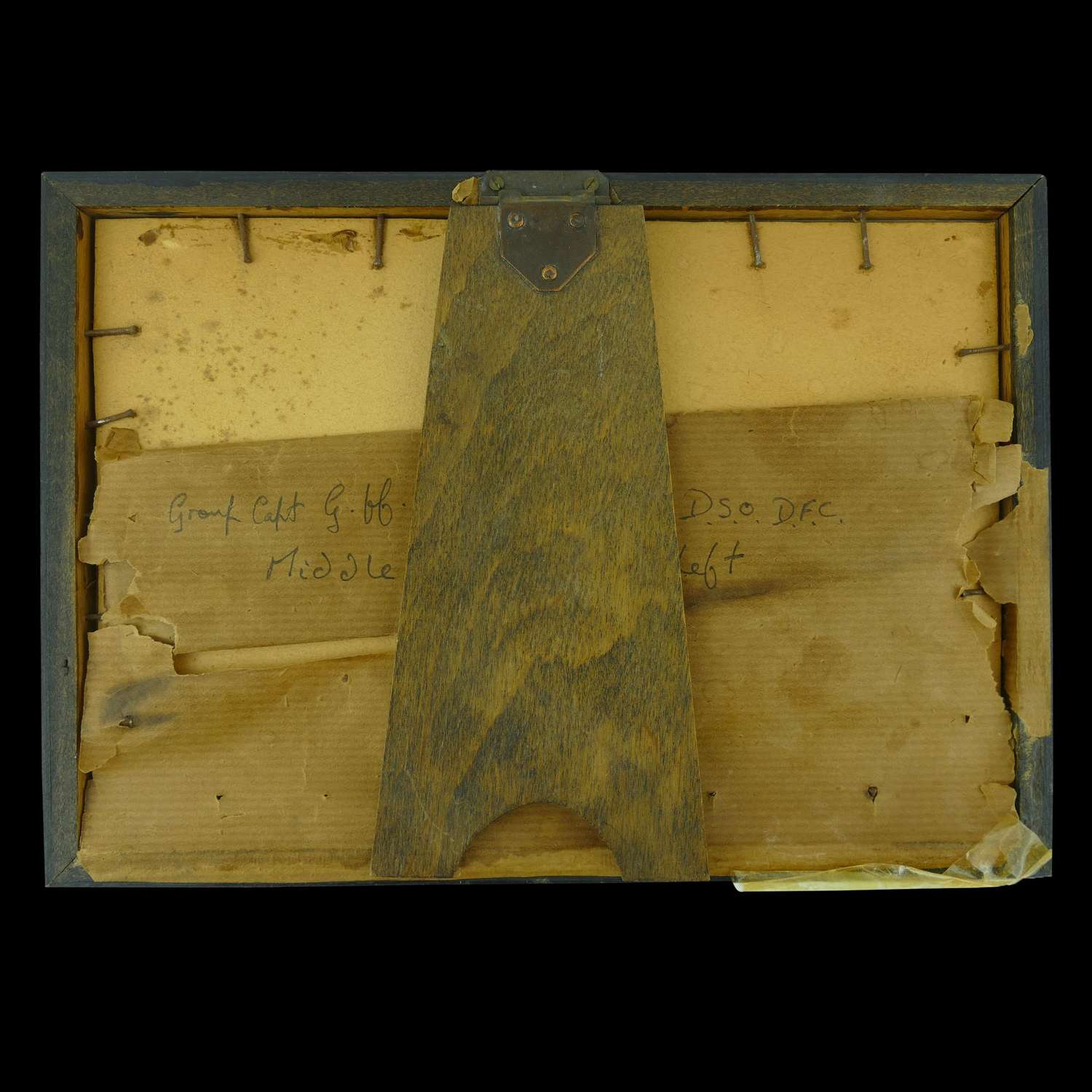 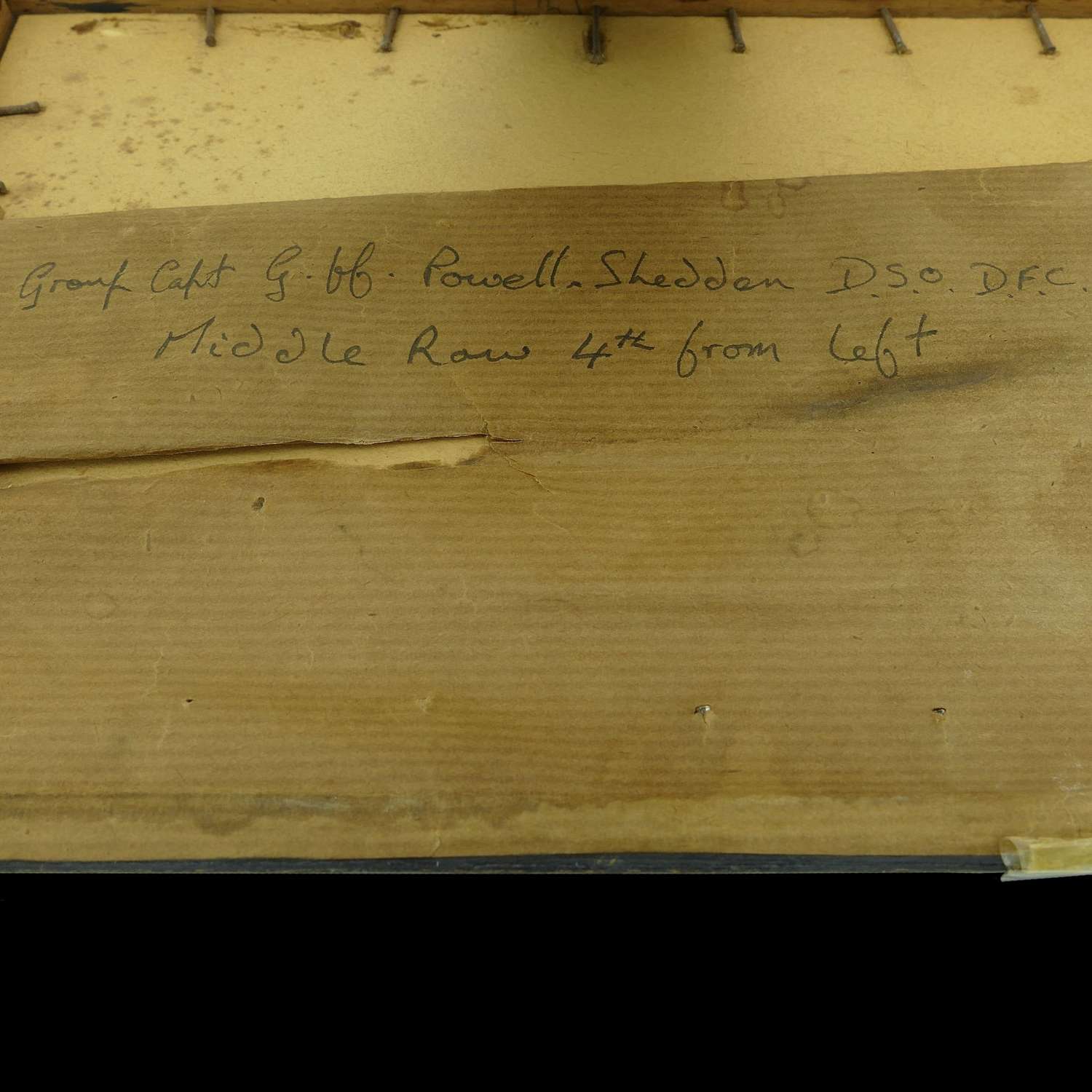