Air Ministry Reference 4M/10, Headquarters Fighter Command Stores Reference No. F.R/4.  Incredibly rare Filter Room plan position 'counter' used to display important information relating to an enemy raid.  When details of aircraft were received at Group Filter Room level, the information was interpreted on a map table.  Height counters like this were produced in seven colours and marked with a number to one side and consecutive number on the reverse.  Square, manufactured in an early plastic,  approximately 1.6cm x 1.6cm, orange with black numbers '19' / '20'.  Filter Room plotting equipment is even rarer to find than that of Operations Rooms.  Discovered at the Filter Room of RAF Watnall, Headquarters of 12 Group Fighter Command during WW2.  We have literally a handful of such items, most of which we are keeping.  Excellent condition.  Stock code M26523. 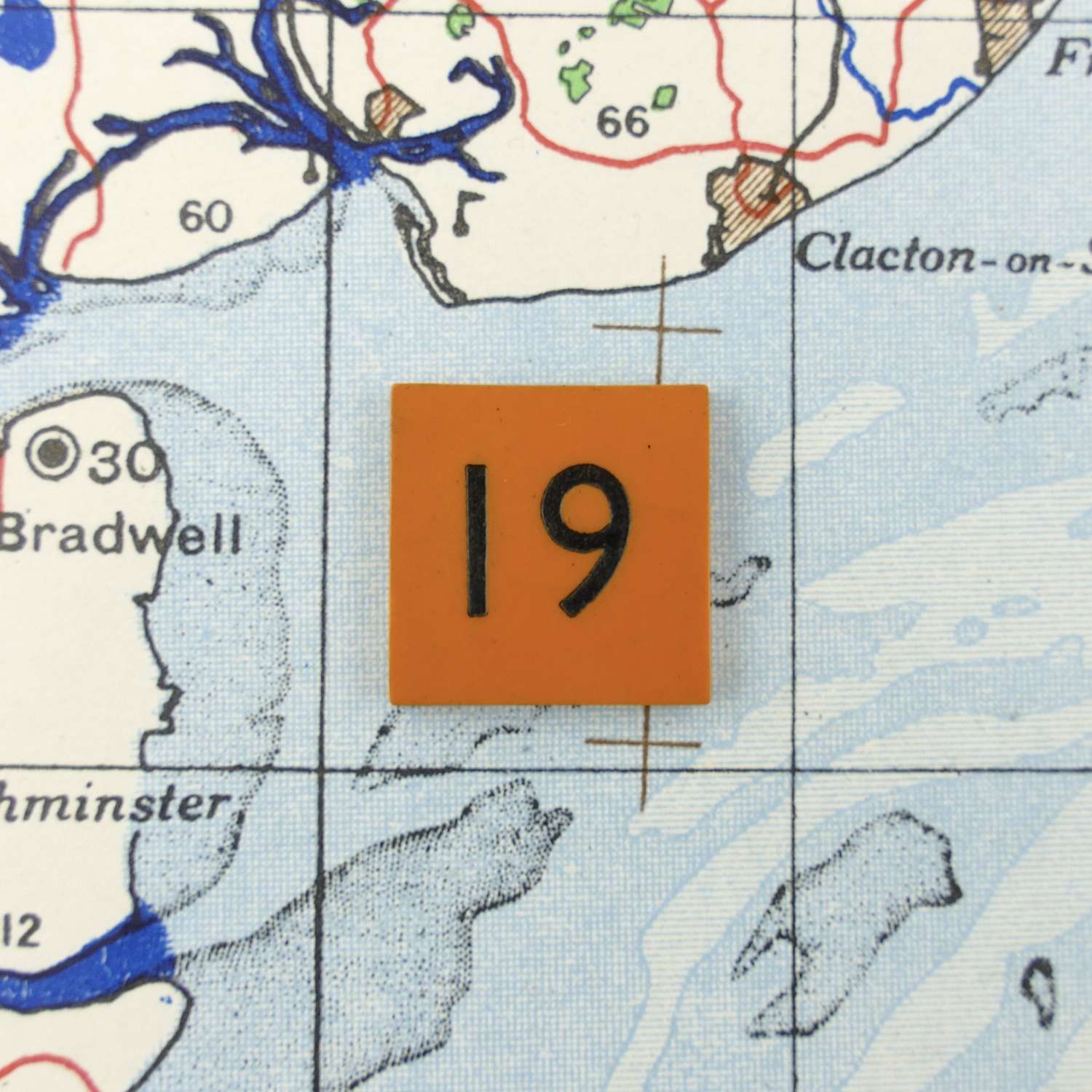 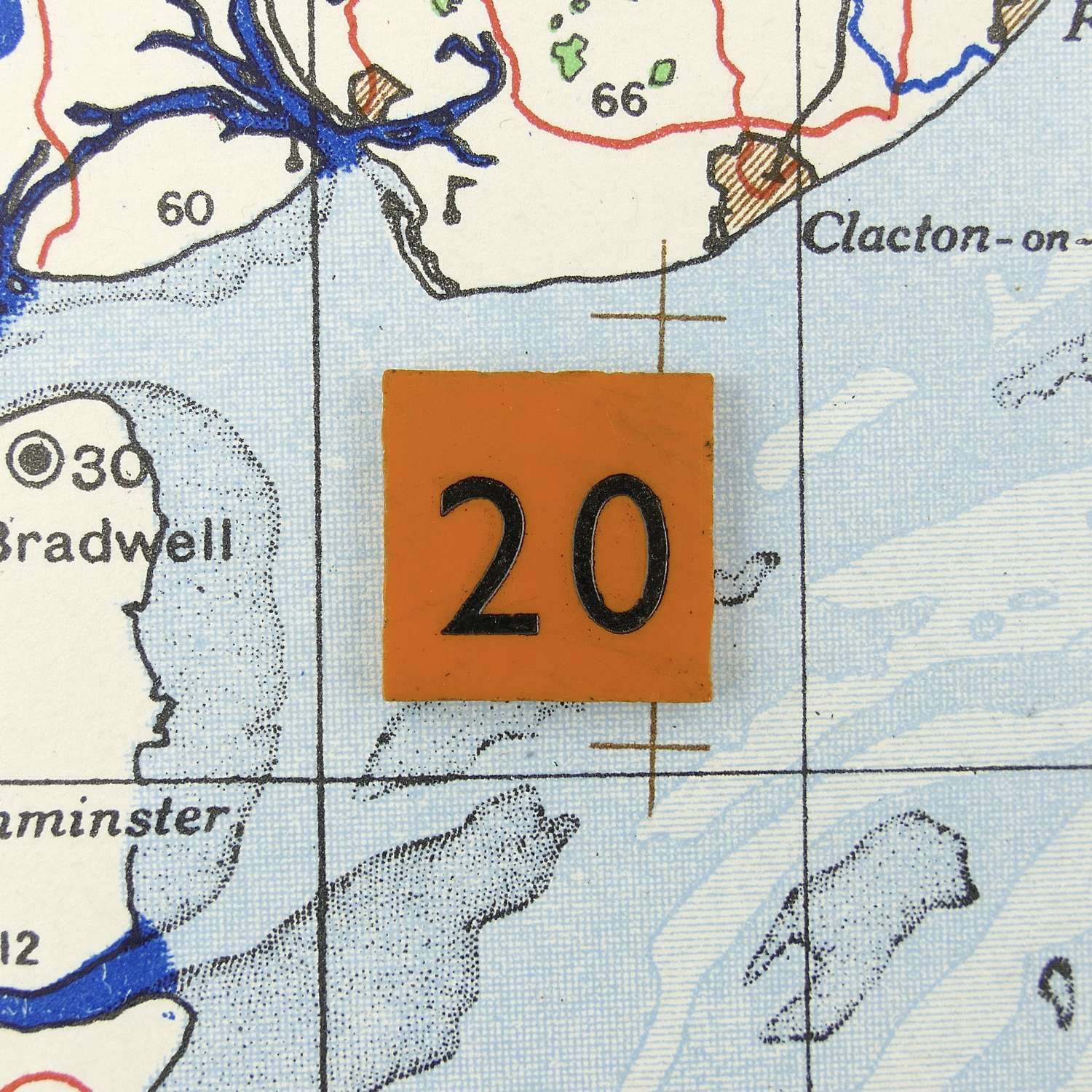 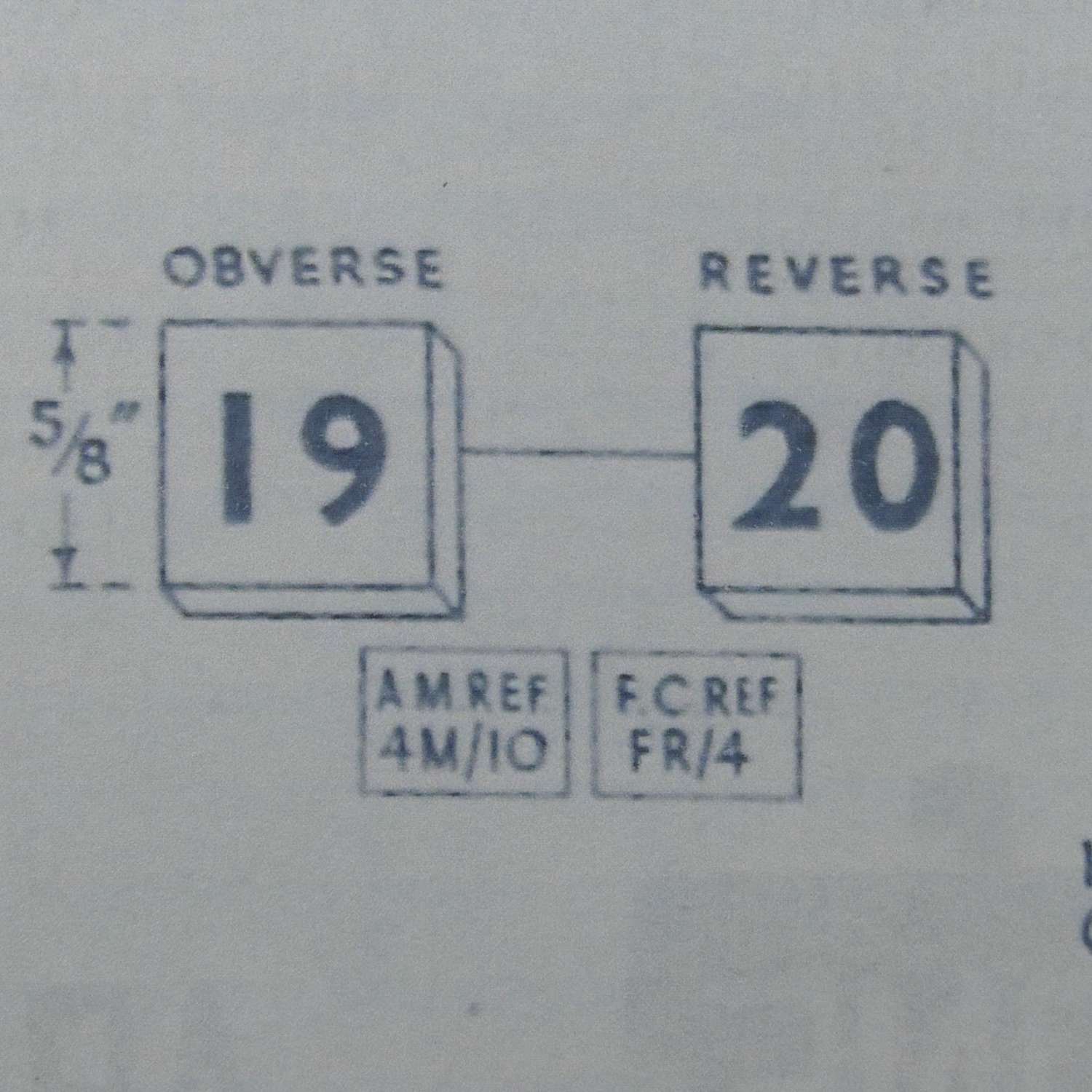 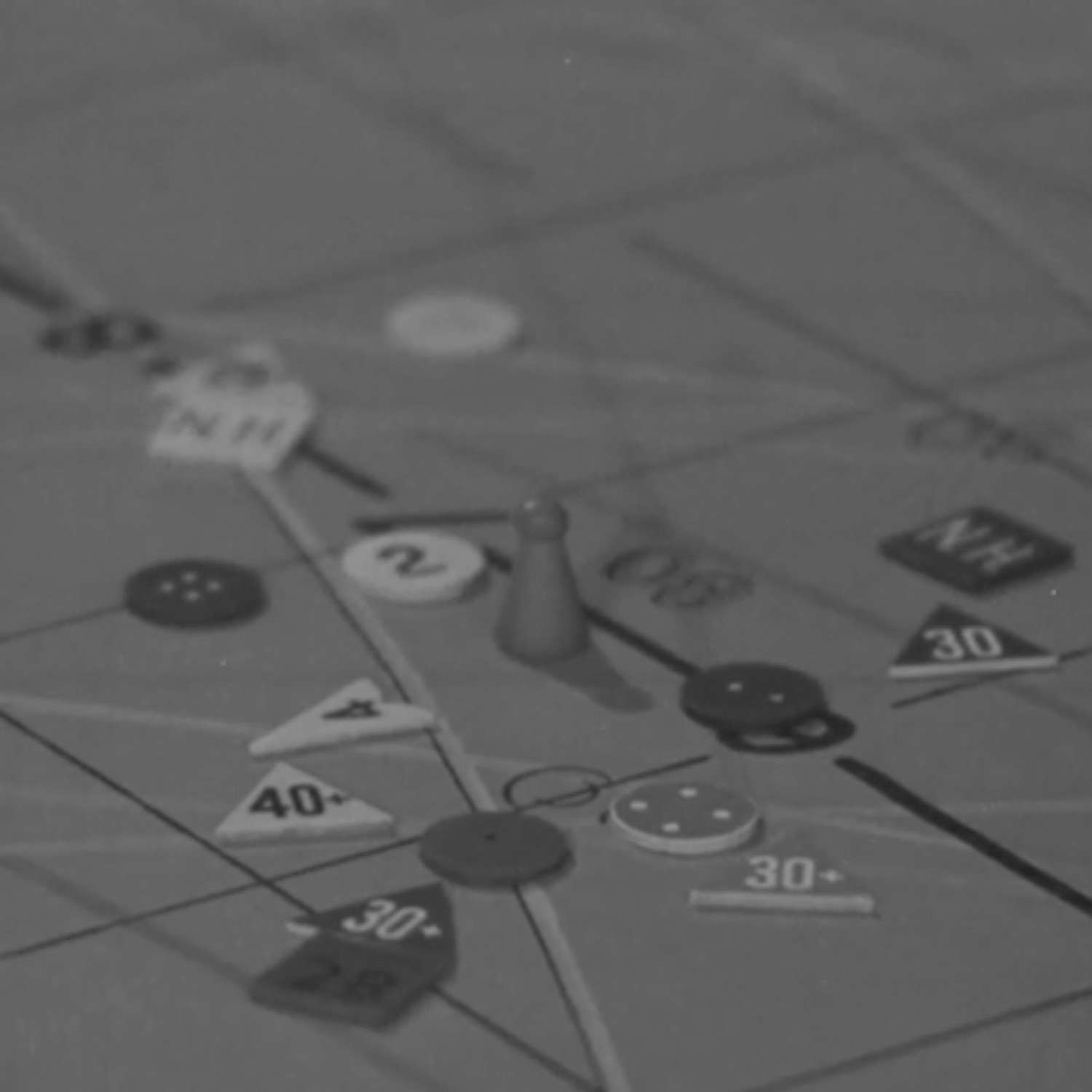 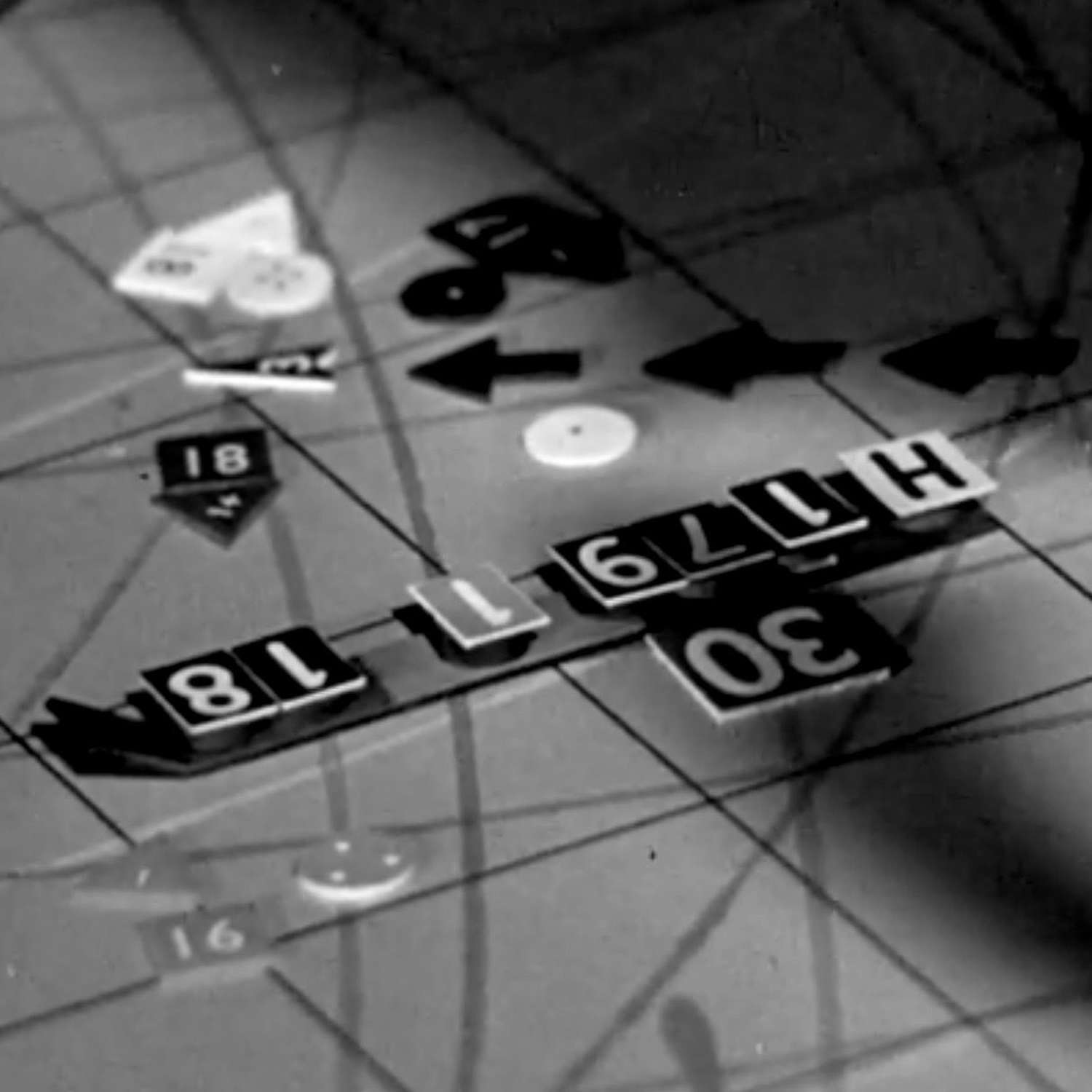 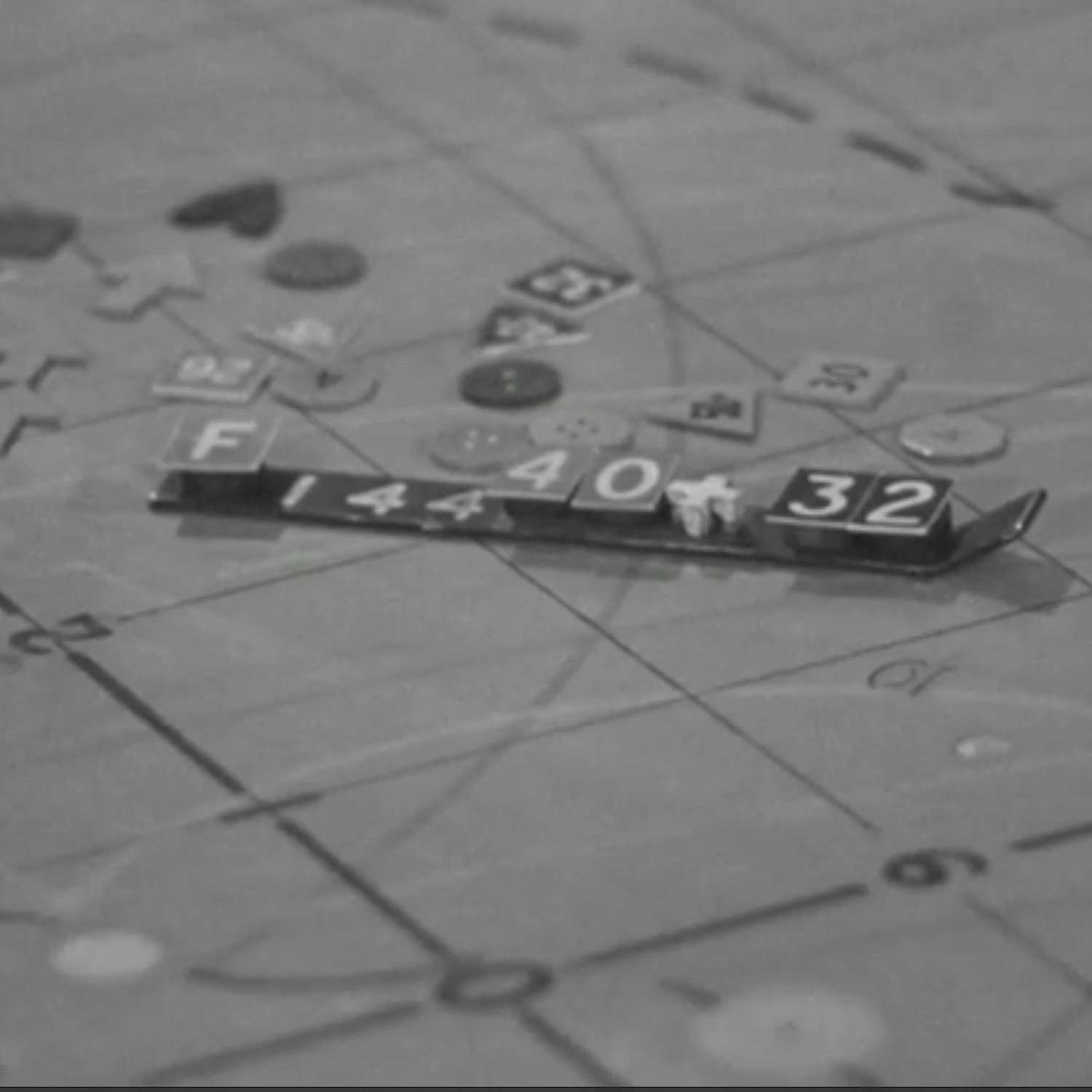