RAF Form 441.  Approximately 28 x 43.5cm (opened out).  Document relating to a daylight Bomber Command raid to Essen by a Halifax crew of 158 Squadron on 25th October 1944.  It names the aircraft captain Squadron Leader Thomas Lindsey Parry (DFC/bar, 106234), Navigator, Pilot Officer Eric Geoffrey Huband (DFC, 184967), gives the weather forecast and details the flight from take off at 1151hrs to the bomb aimer taking over at 1510hrs, dropping the bombs at 1530hrs and returning to base at 1746hrs.   Numerous entries and checks are recorded throughout and the sheets were annotated post raid in red crayon '5 compass P4 checks, Bombing timer OK, Quite a good trip, Above Average'.  Comes with the section of plotting map used on the raid.  The route to and from the target has been marked in pencil with times recorded at various points.  Scarce original documents that were actually completed on the bombing raid.  Stock code P23584. 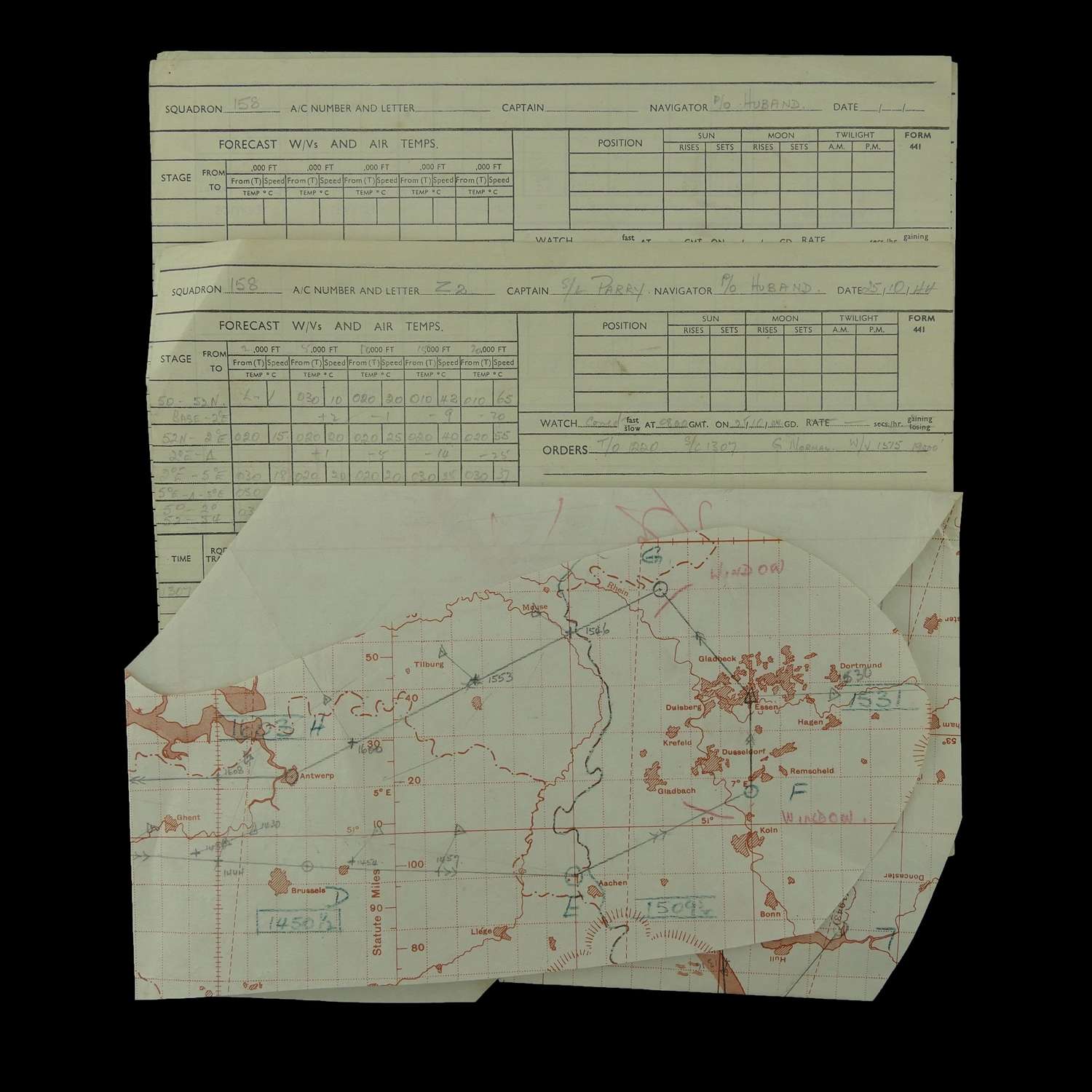 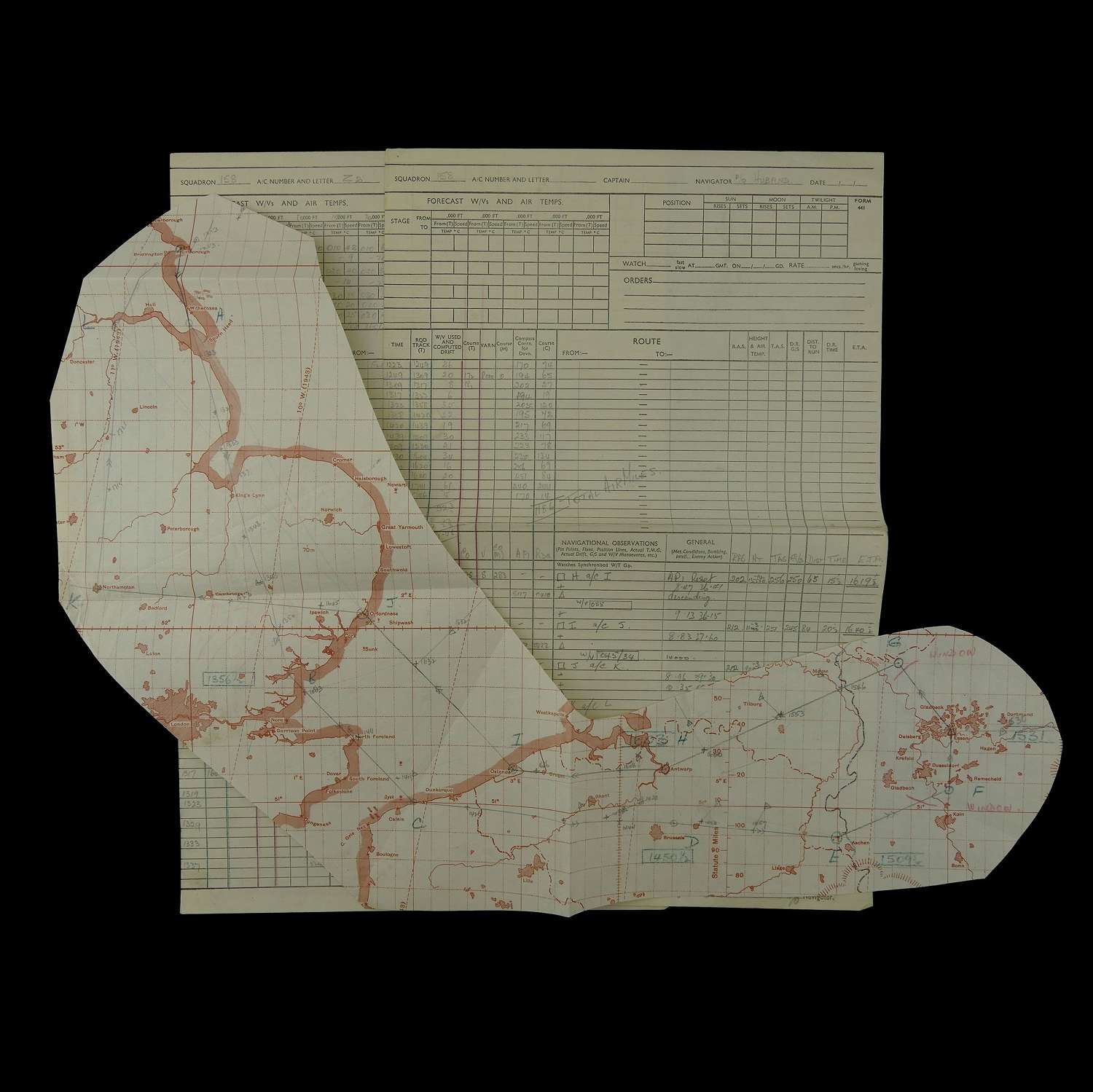 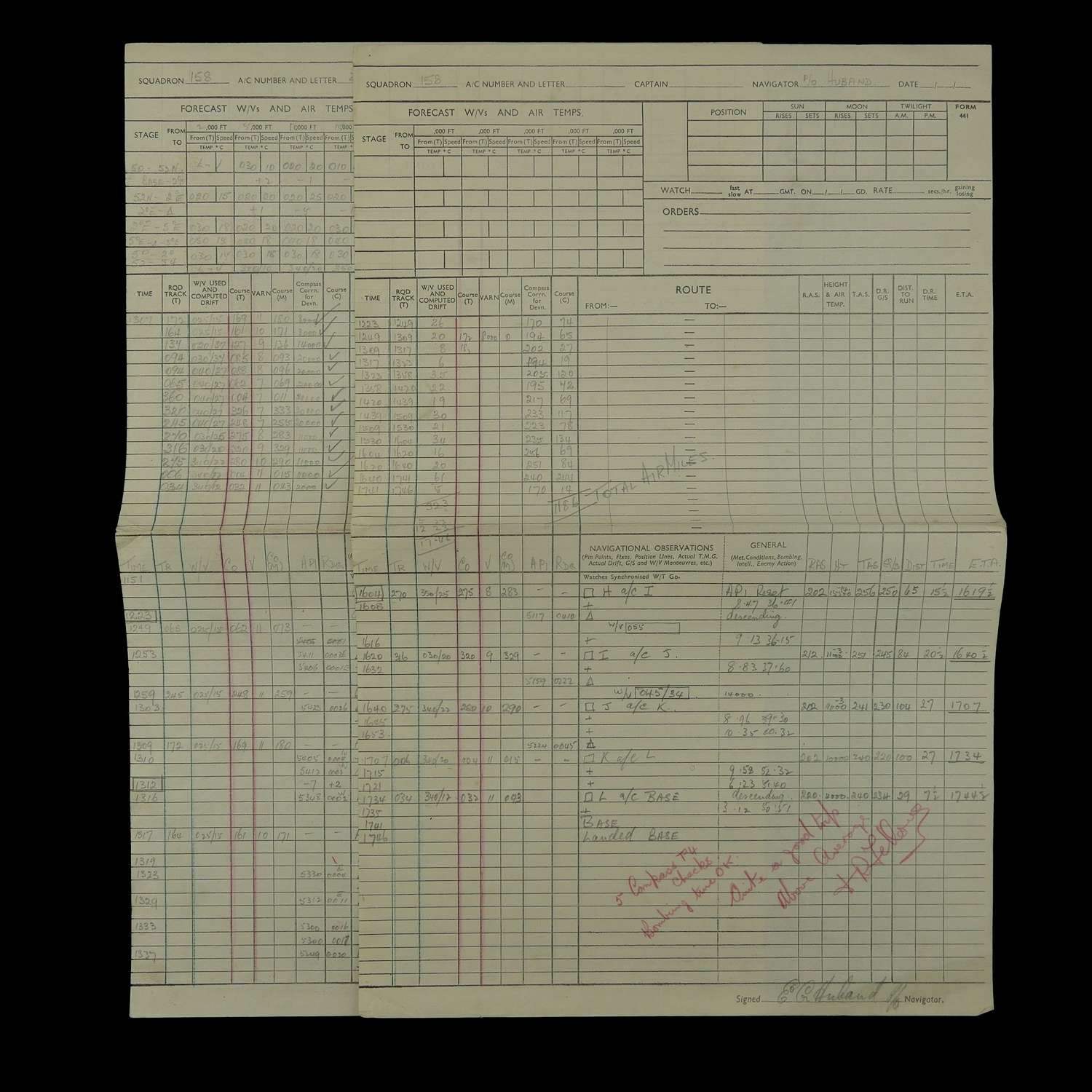 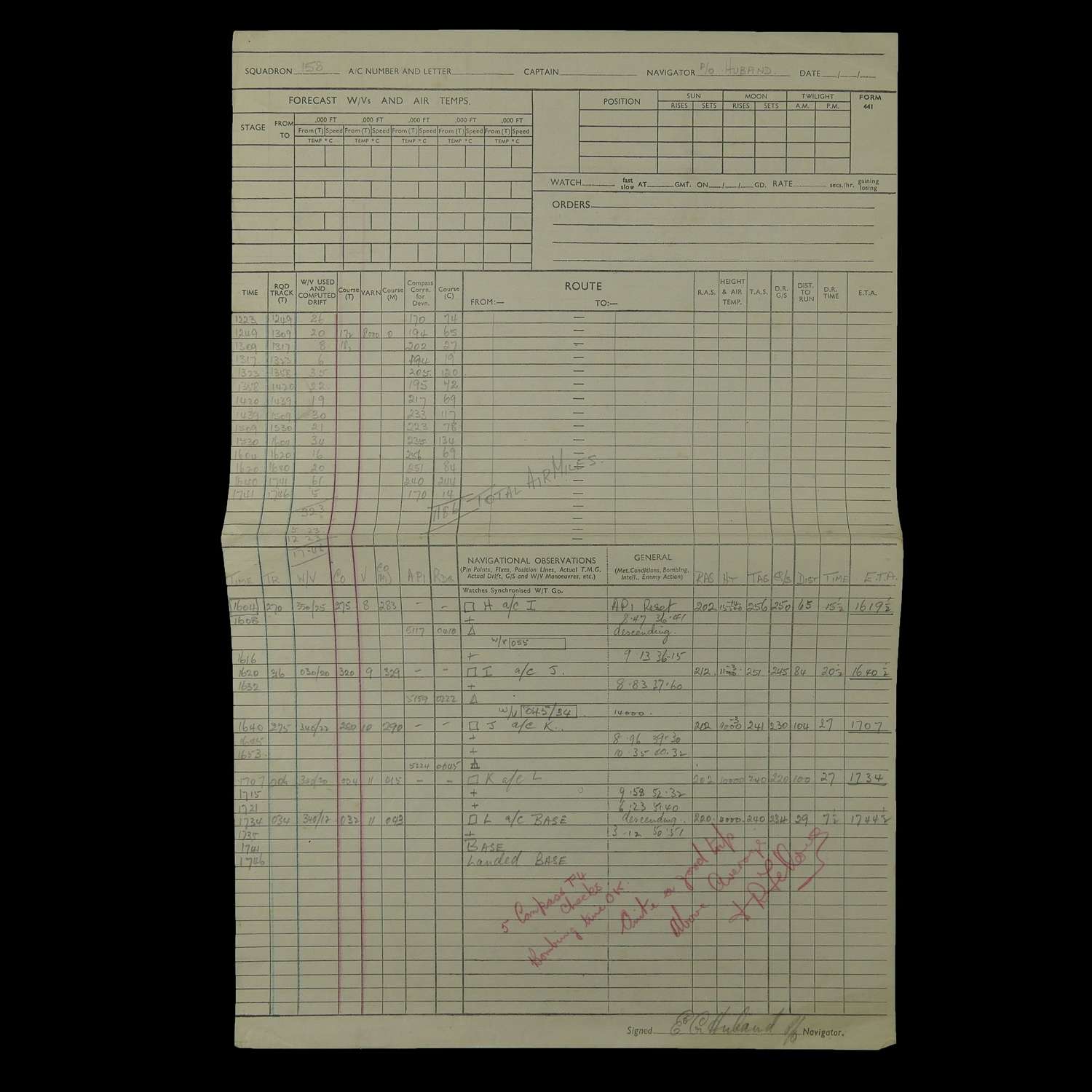 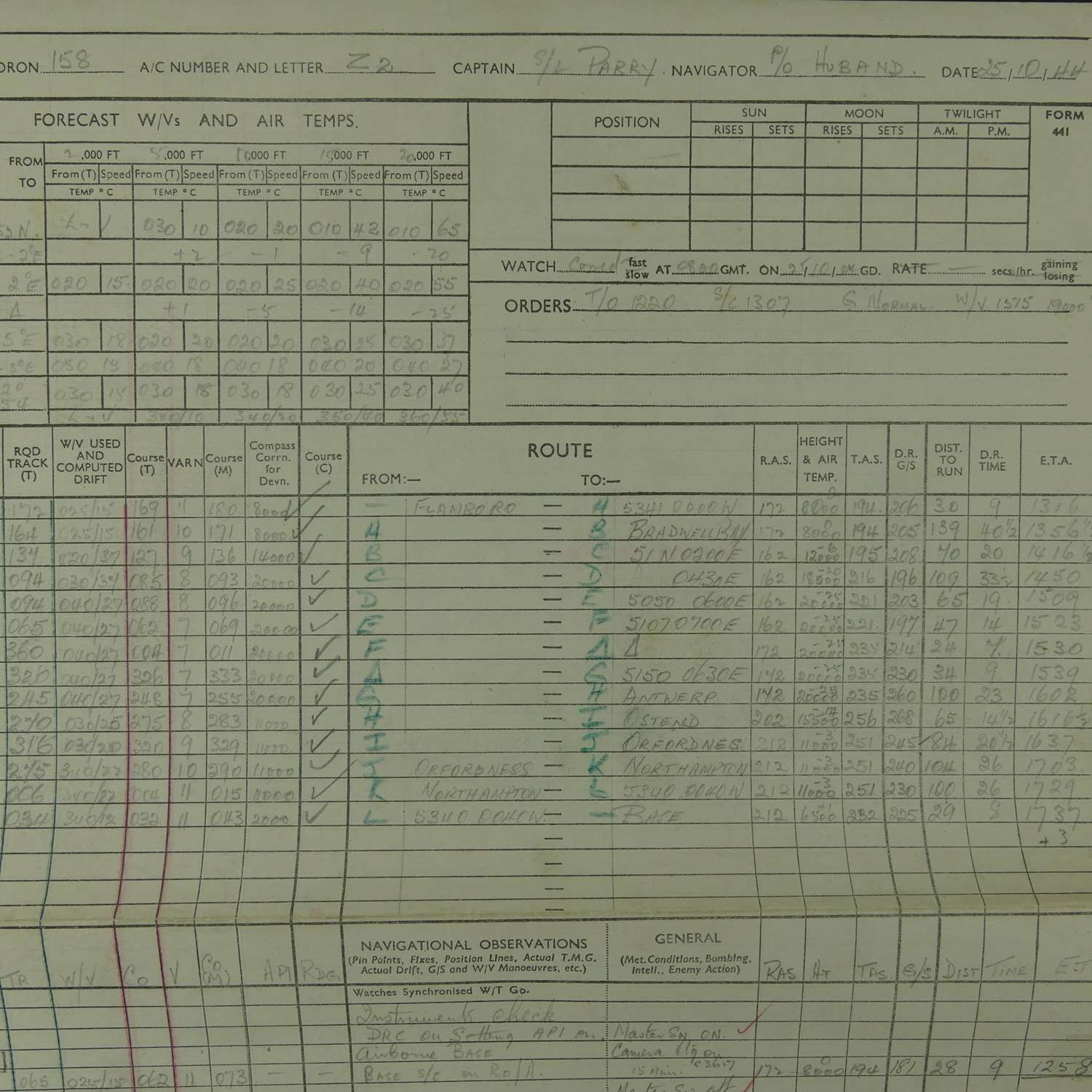 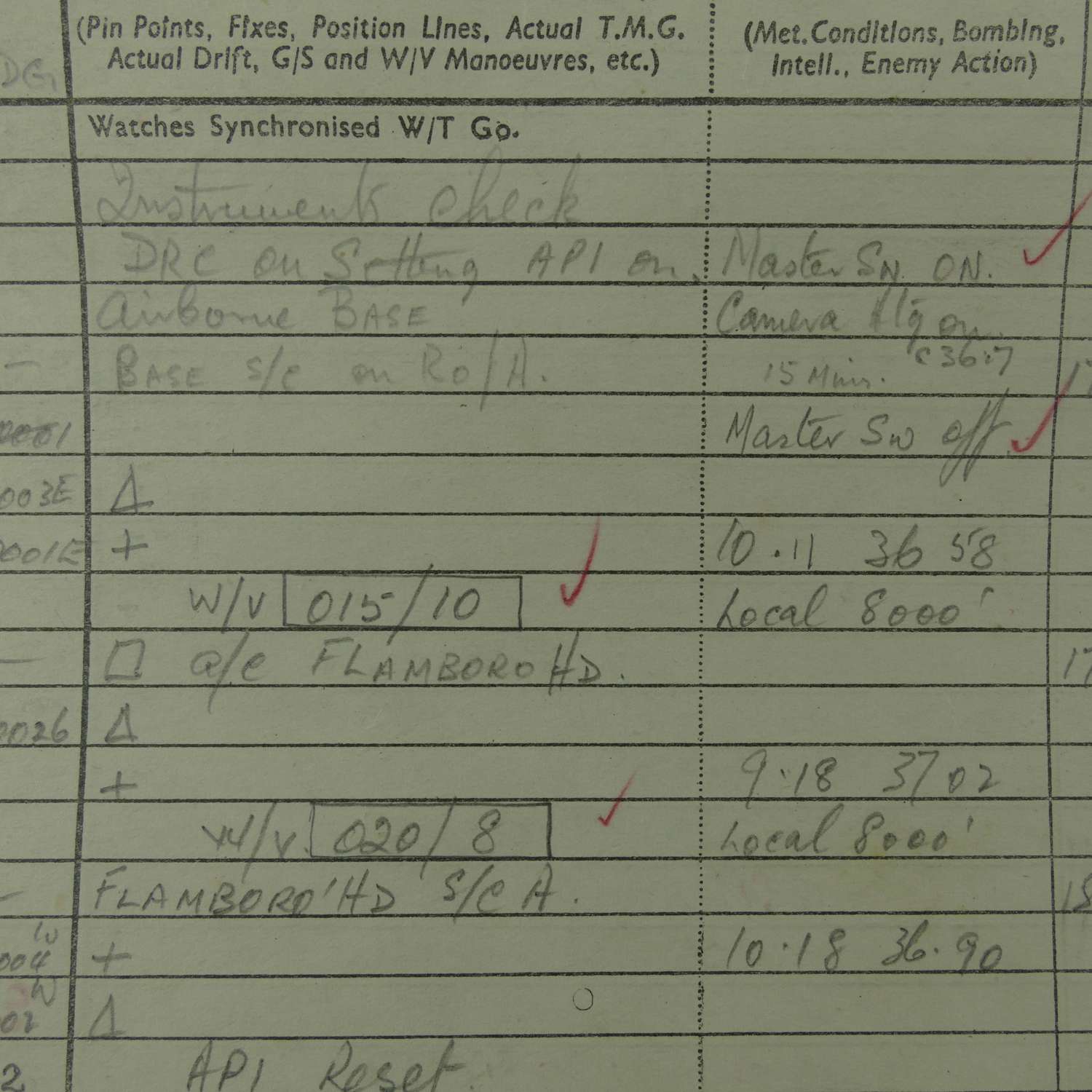 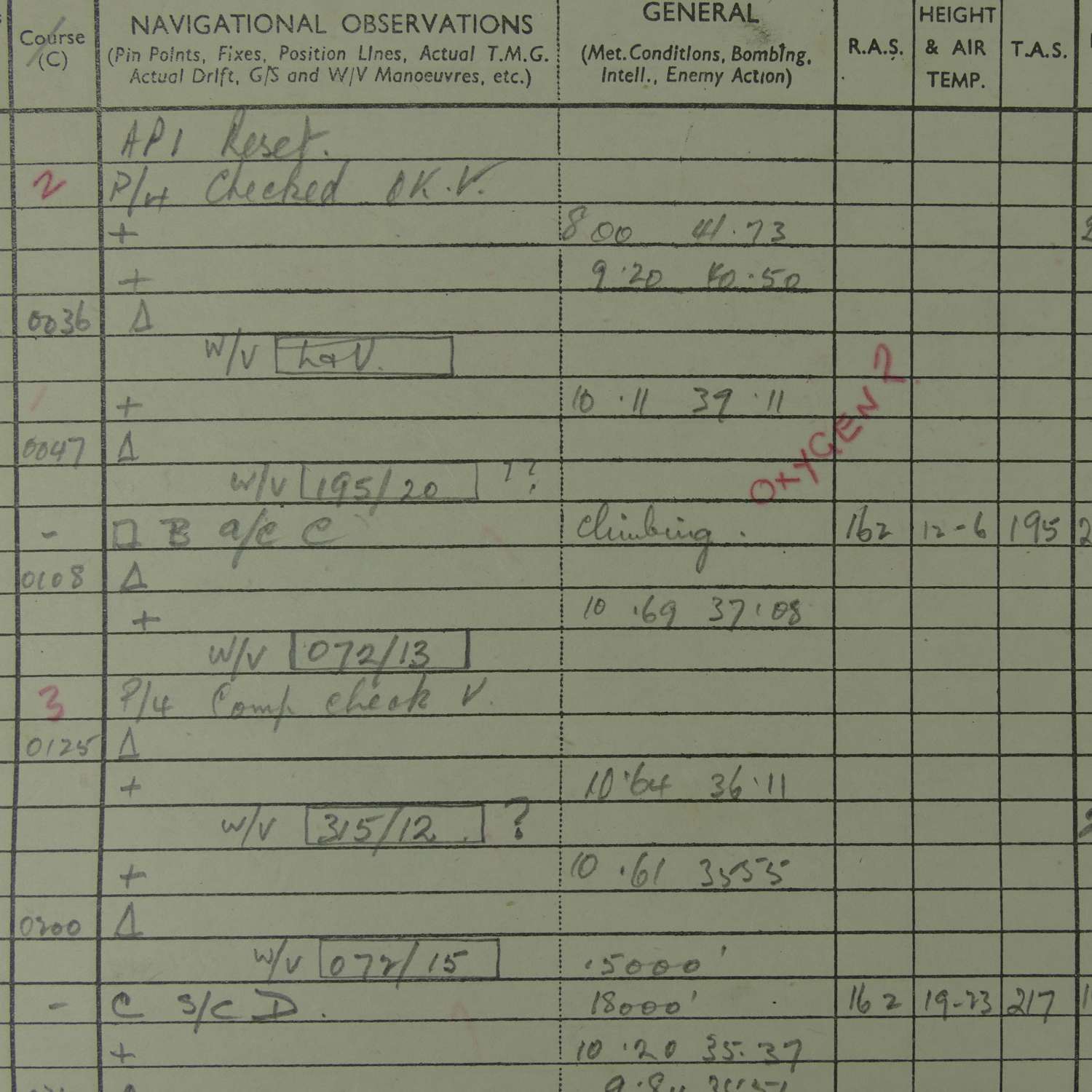 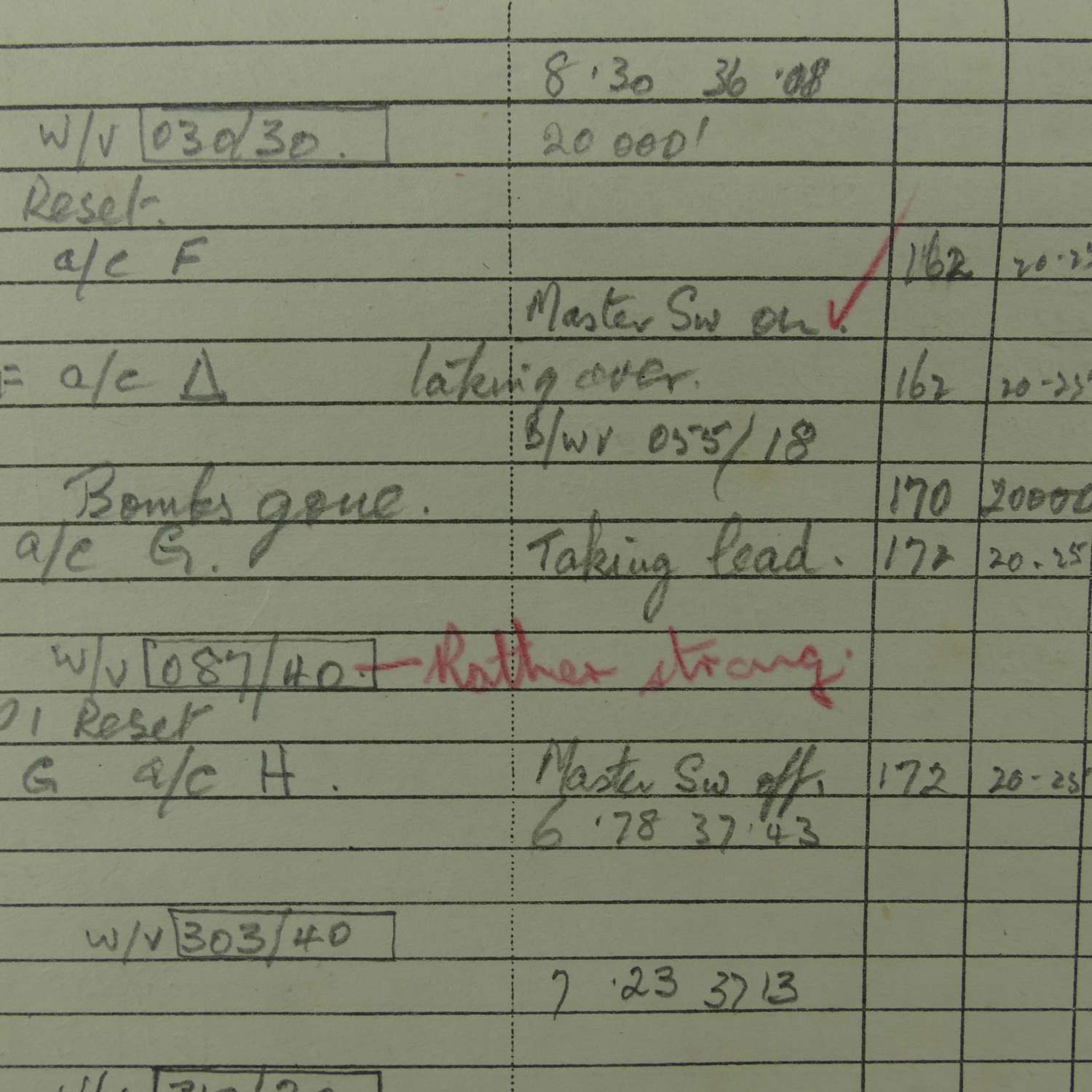 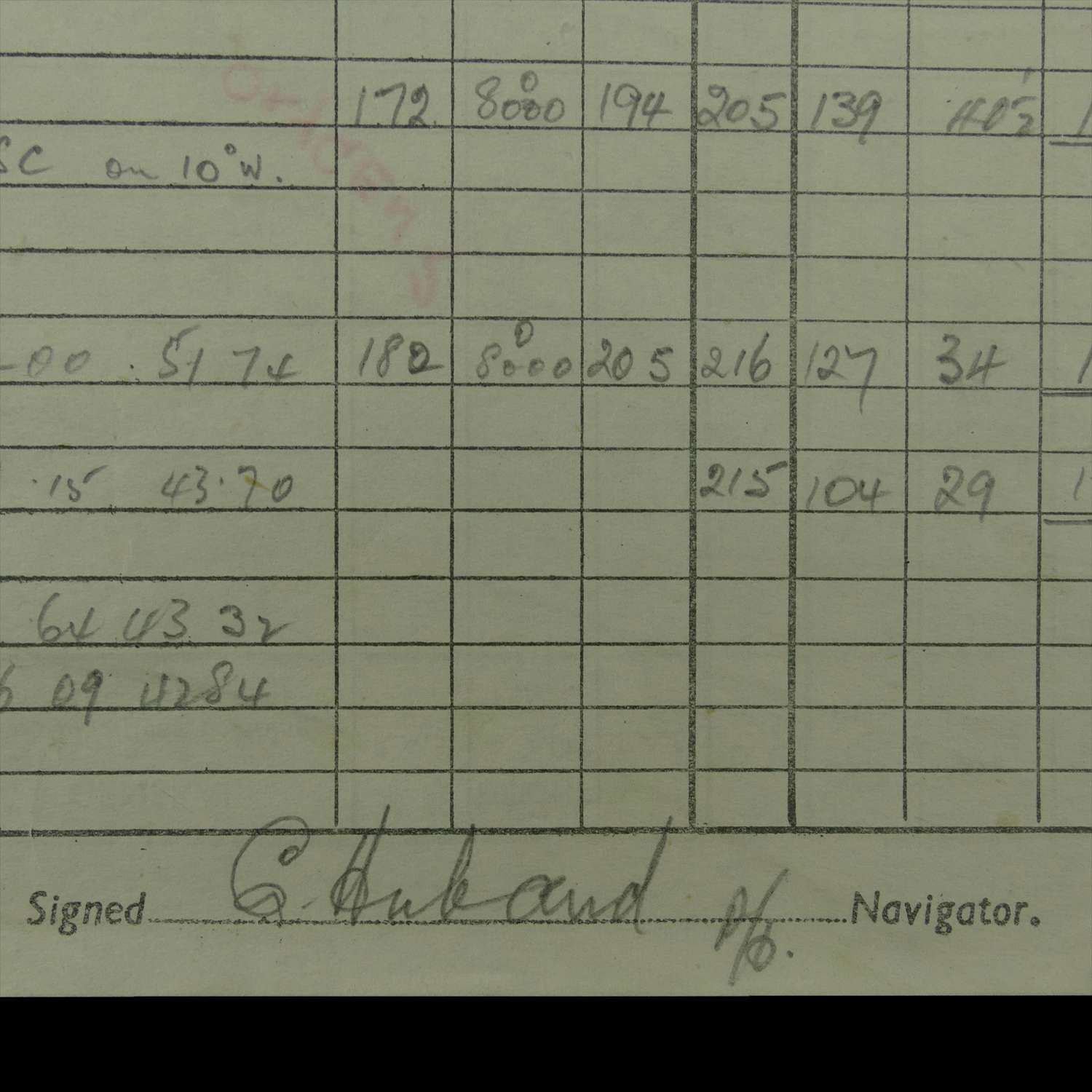 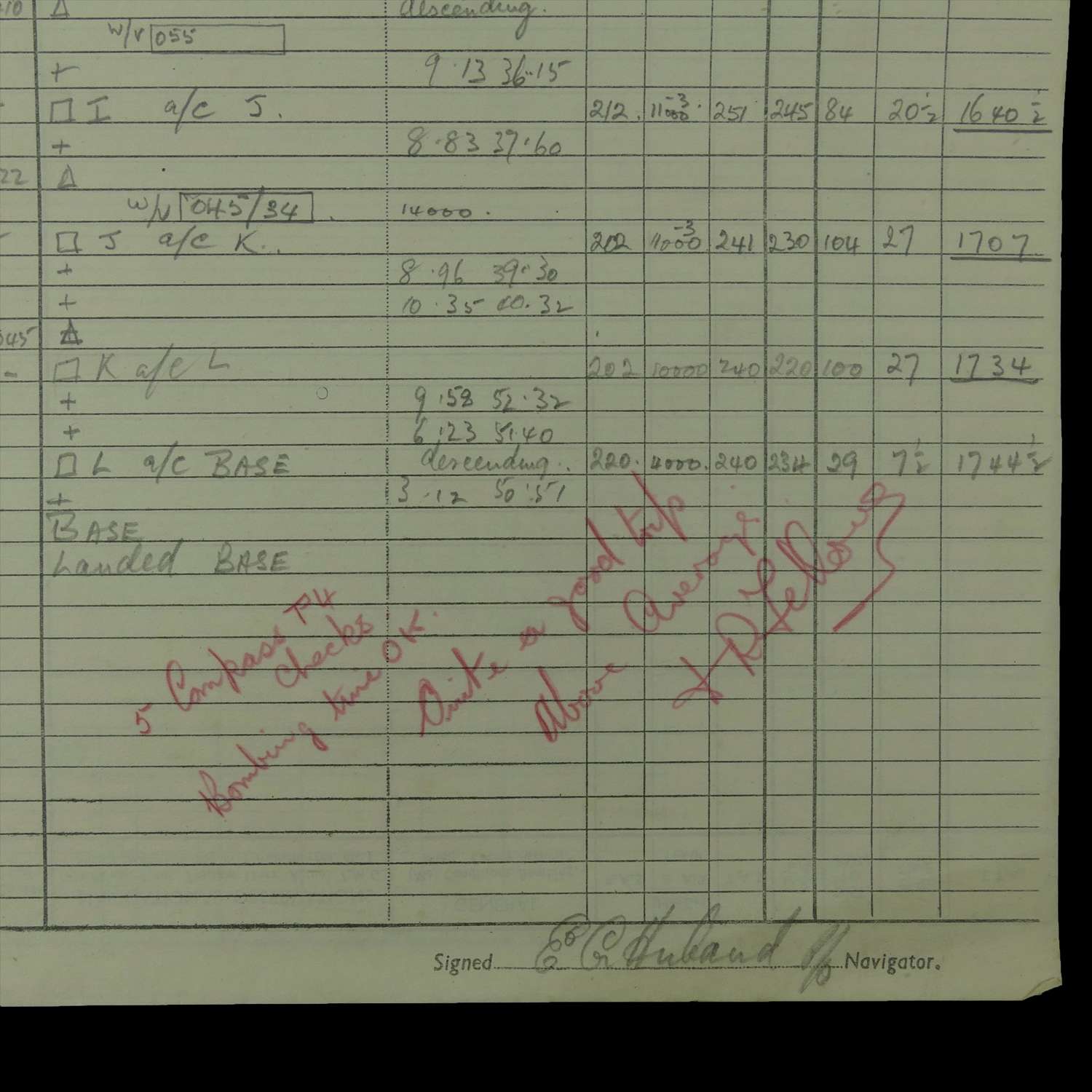 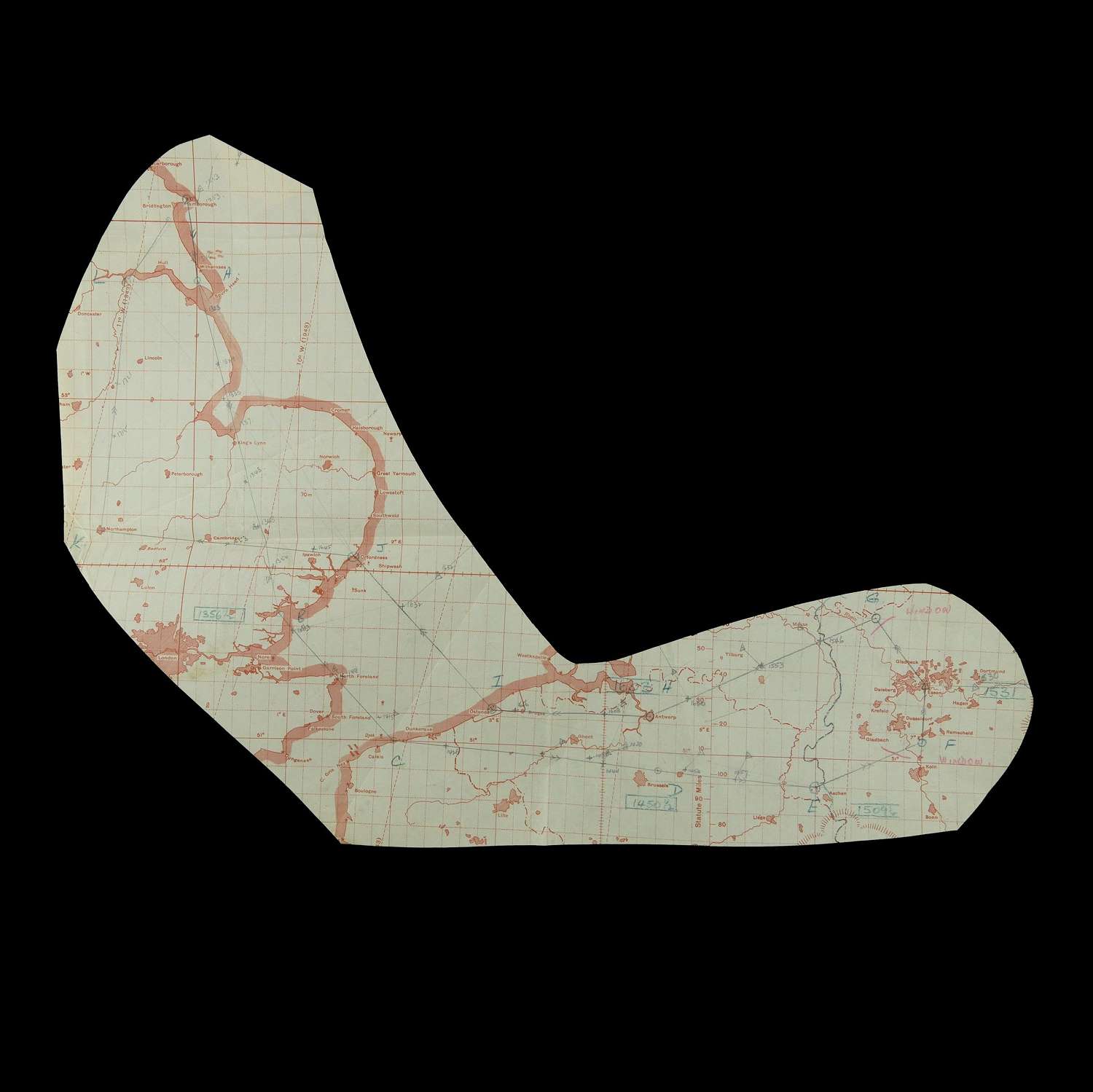 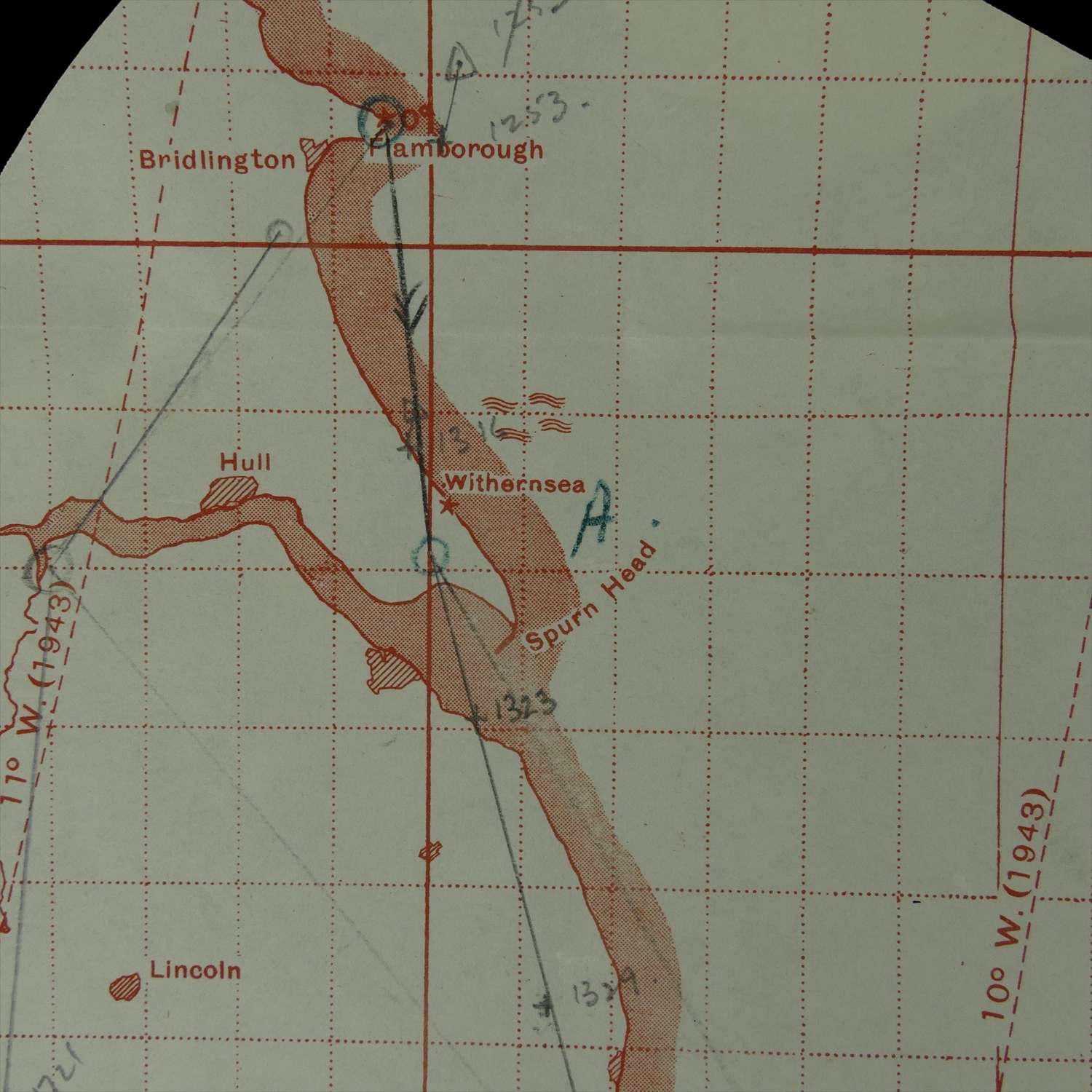 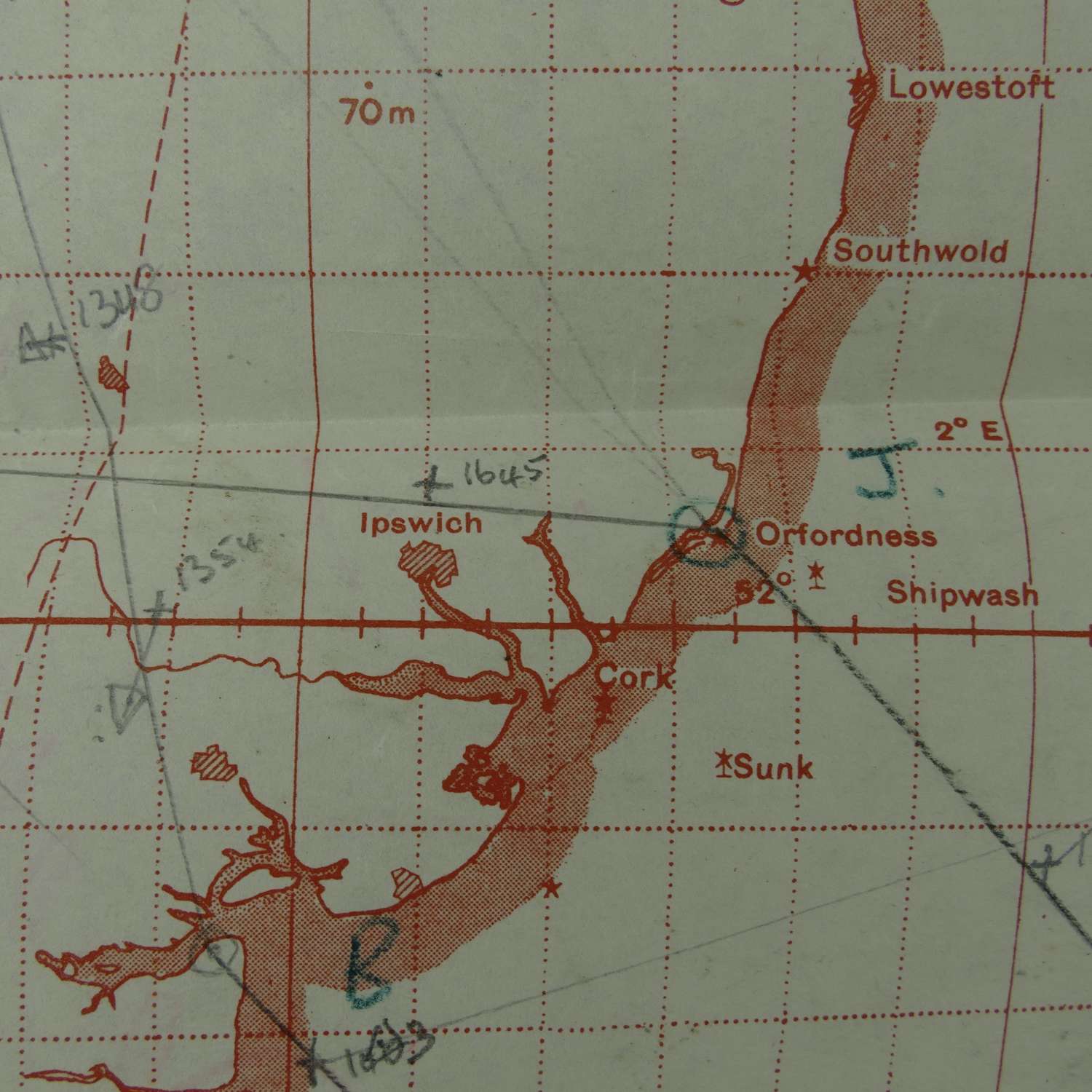 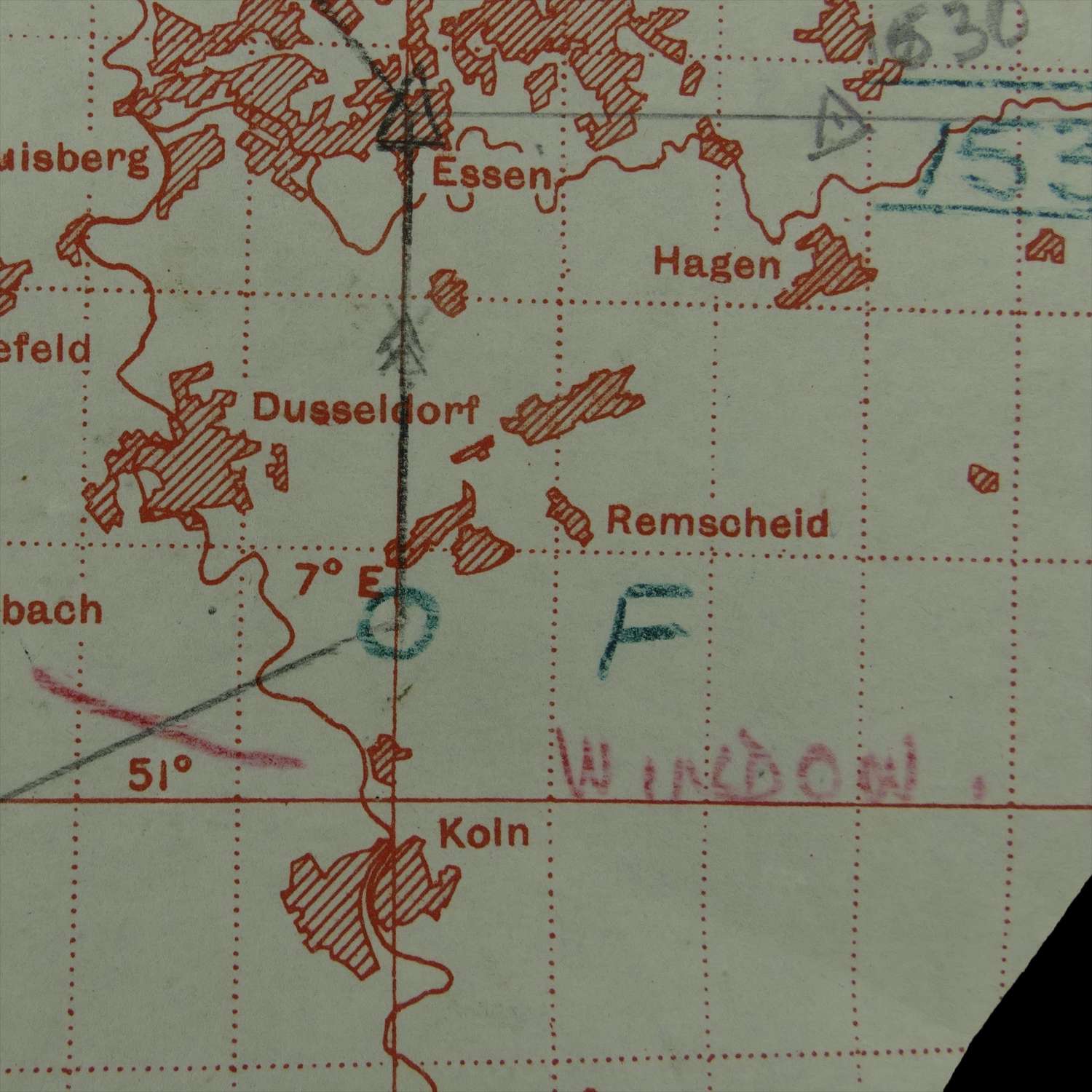 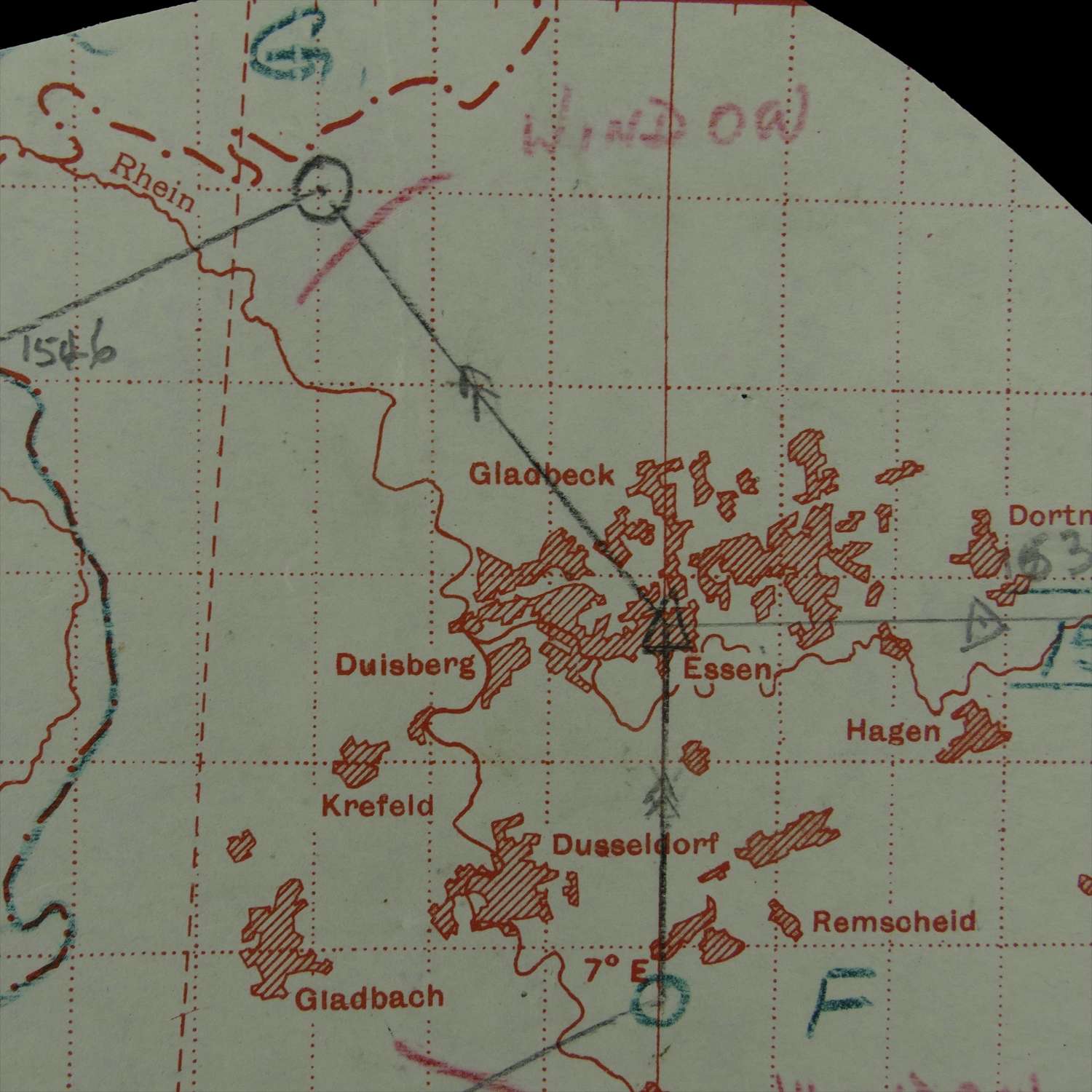 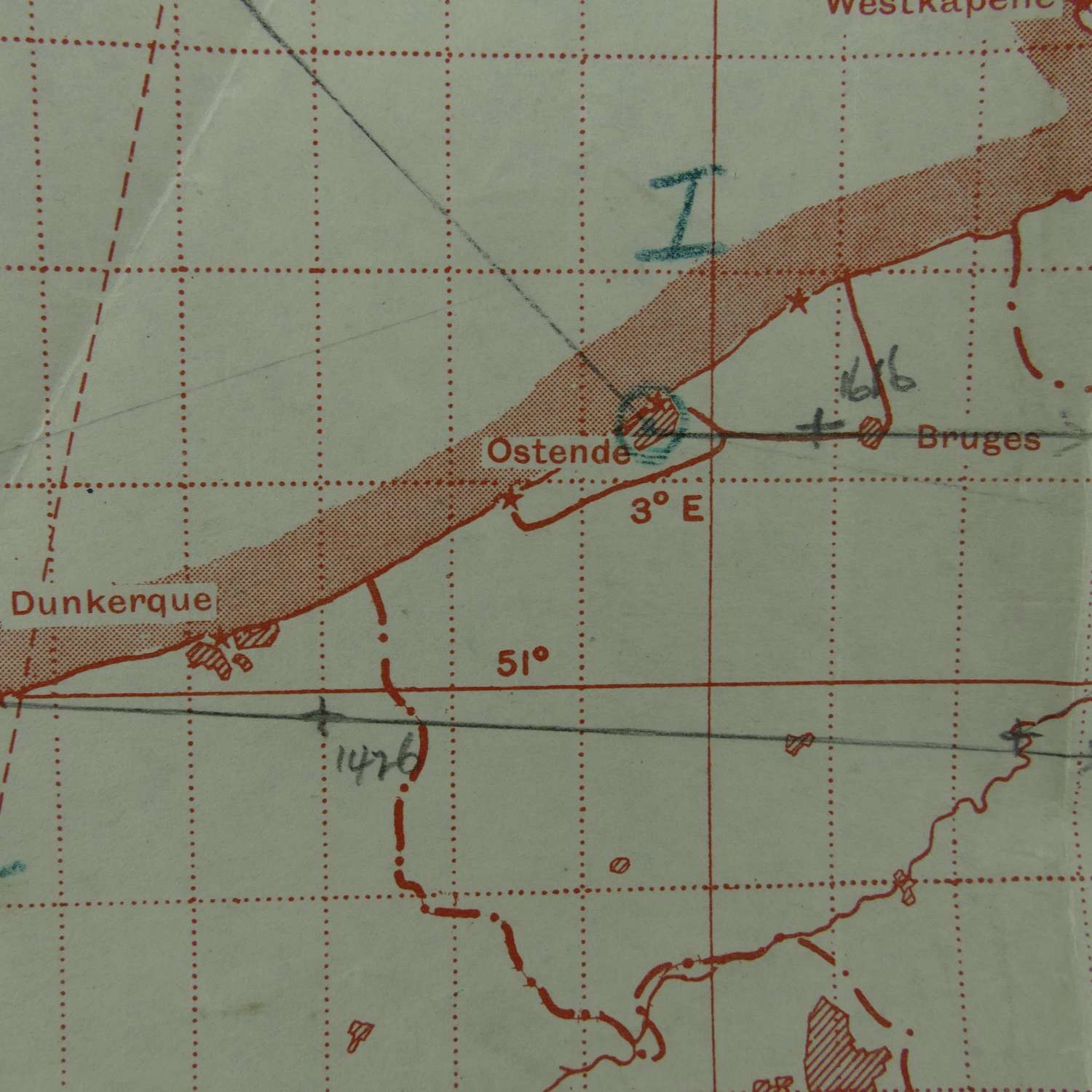